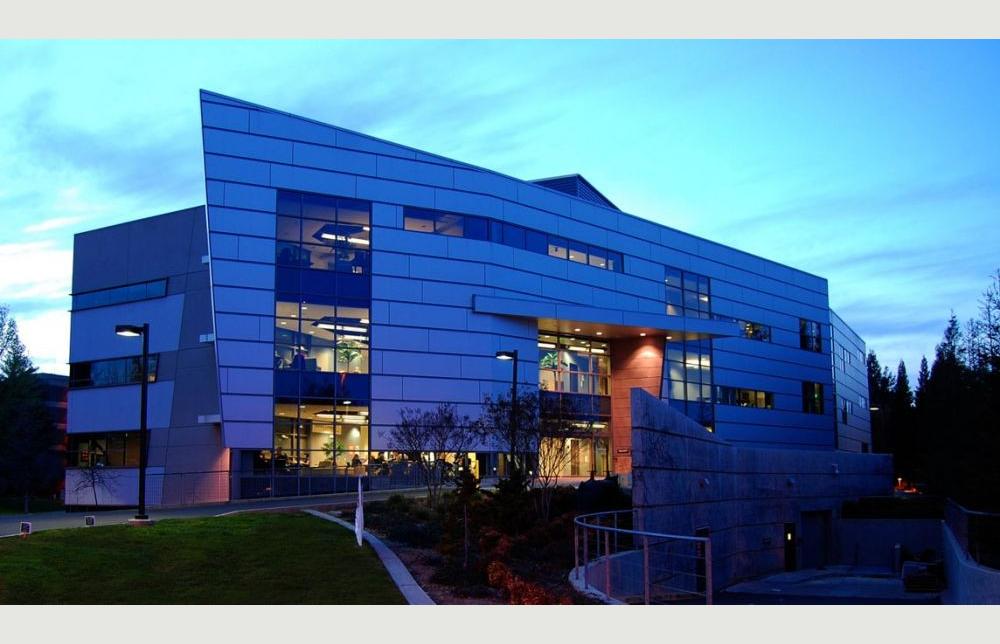 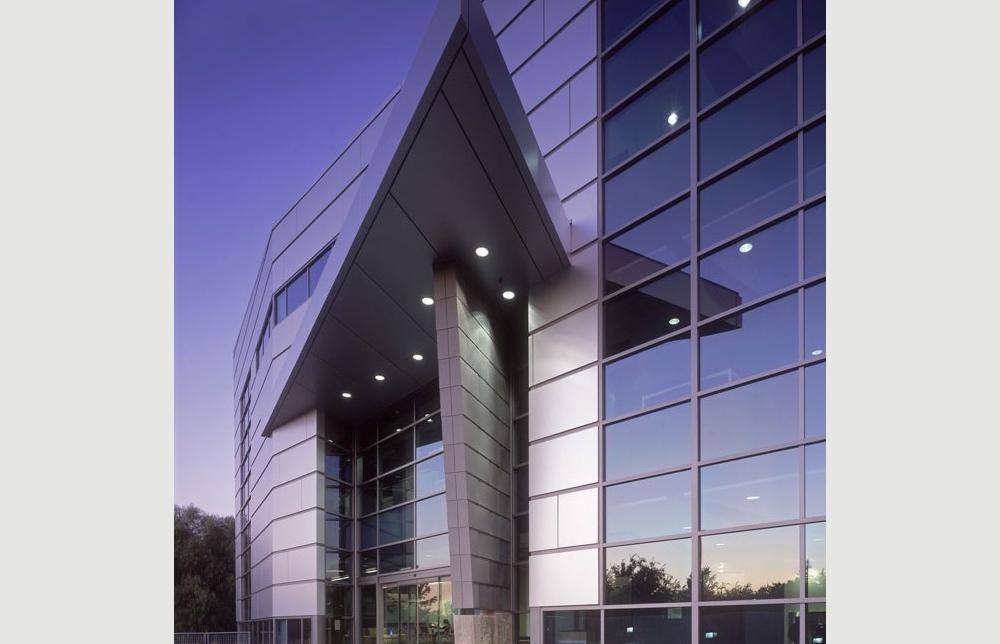 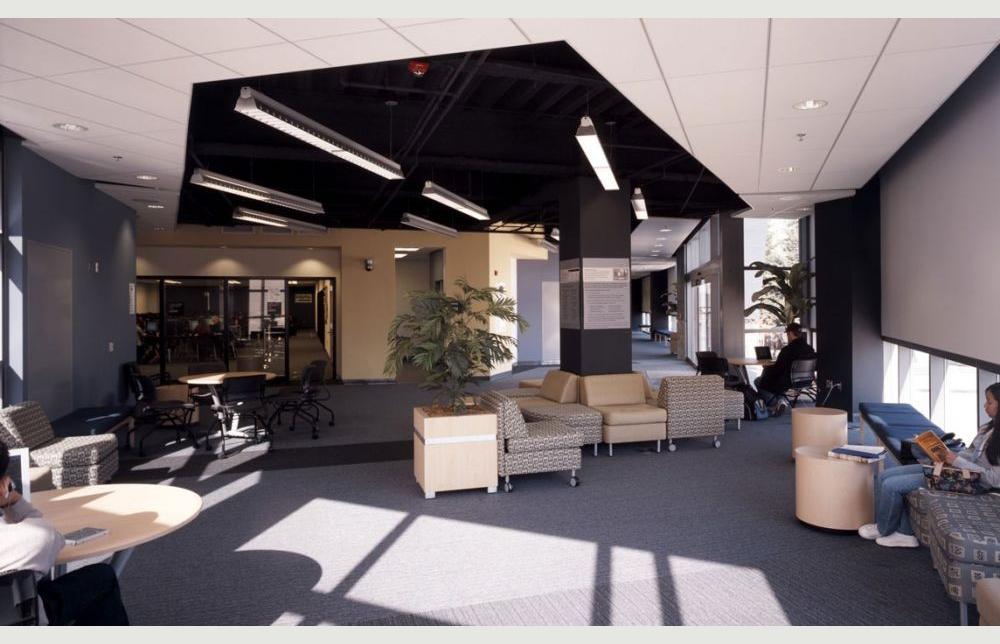 The Campus of Sacramento State University faced several technological disadvantages. An aging communications and network facility in a poor location, coupled with a rapidly escalating need for computer lab and study space led to the need for a consolidated technology center.

Program requirements included: A new communications and network facility in a safe location; both general use and program specific computer labs; distance learning facilities for broadcasting classes via cable and satellite; traditional classrooms; study space with power and data connections and; office space for staff. In addition to these program requirements, CSUS was looking for an expression of the buildings technological roots and a facility that would work within the existing framework of the university campus.

The project site is located in the heart of the campus at the crossroads of the major axes of pedestrian travel. The prow shaped portion of the building addresses the two major pedestrian paths that lead from the large parking areas to the campus core. Students are free to circulate around and into the building on all sides, despite the provision of a loading dock area that was required to service the computer center. This was achieved by lowering the building one-half story into the ground and ramping the pedestrian path over the service access with a gentle rise. Rather than placing the computer center in the lowest floor where it could be susceptible to moisture, it was placed on the top level of the building. This also serves to keep the lower floors open and accessible to students, while maintaining security for campus network facilities. Portions of the building are accessible 24-hours a day, others for about 12 hours. We created a hierarchy within the lower three floors of the building to allow these different times of usage without reliance on expensive and complicated security devices. Floors can be shut down from the top down, while exiting paths are maintained.

The program required a large amount of open study space, where students could work informally in groups or individually with computer connections. Rather than using rooms for this, we created an undulating quasi-circulation space along the east side of the building that has great views to the outside, allows access to interior classrooms and is very transparent to passers by.

The building utilizes a raised access floor system throughout. This allows for easy distribution of power and data cabling, as well as underfloor air distribution. Most offices are placed on the north end of the building to access good natural light without significant heat gain and the west facing windows are tinted darker to reduce solar gain. All glazing is high performance low-e.
The structural system utilizes seismic dampers to provide a high level of resistance to seismic forces.

This project incorporates a variety of diverse but related functions into a compact envelope that uses circulation space that also provides a significant amount of open study environment. The underfloor ventilation and data space provides ultimate flexibility and comfort while conserving energy.