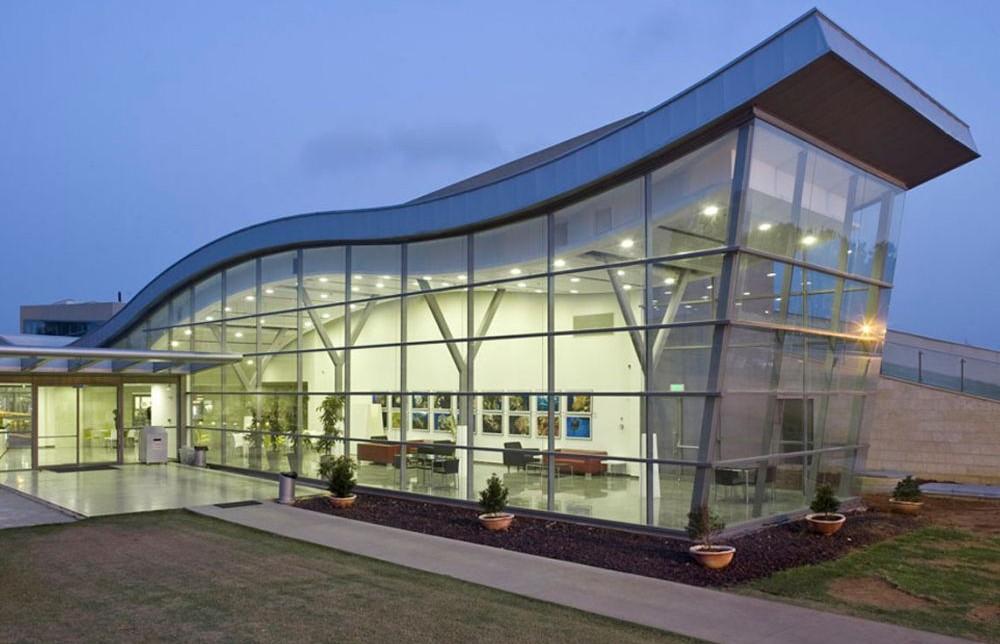 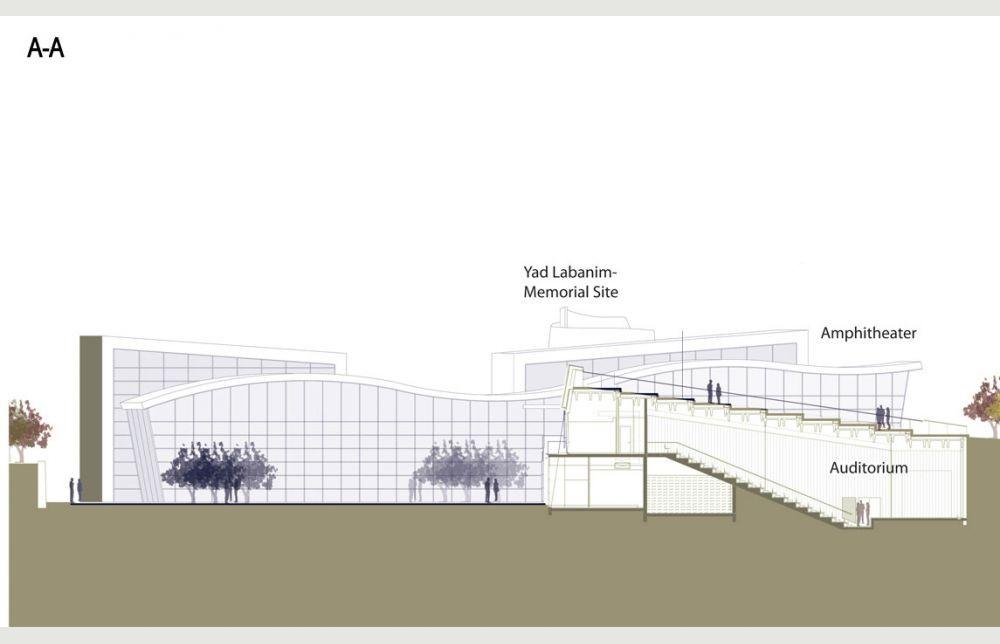 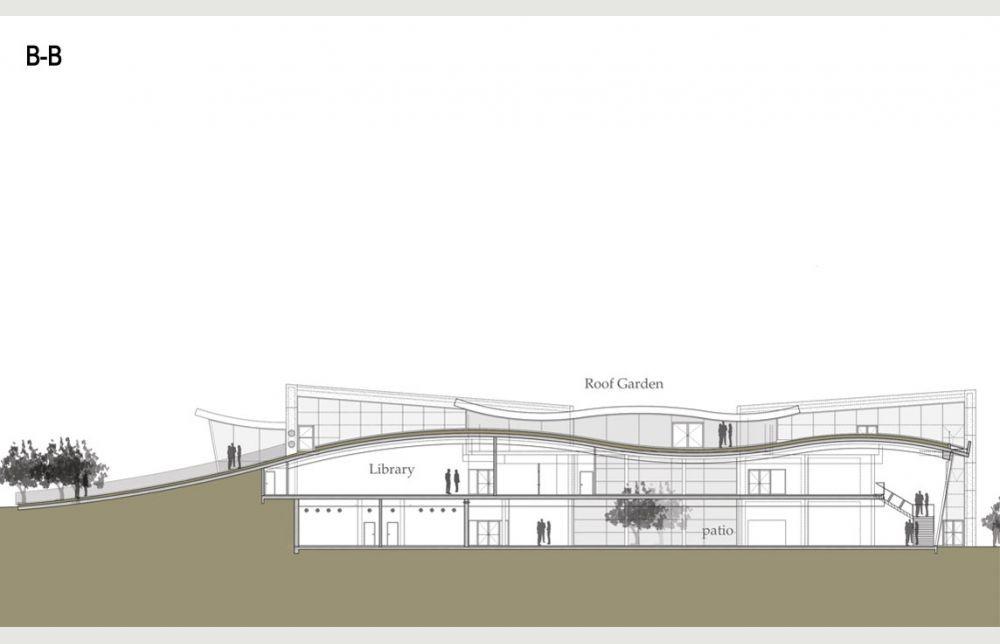 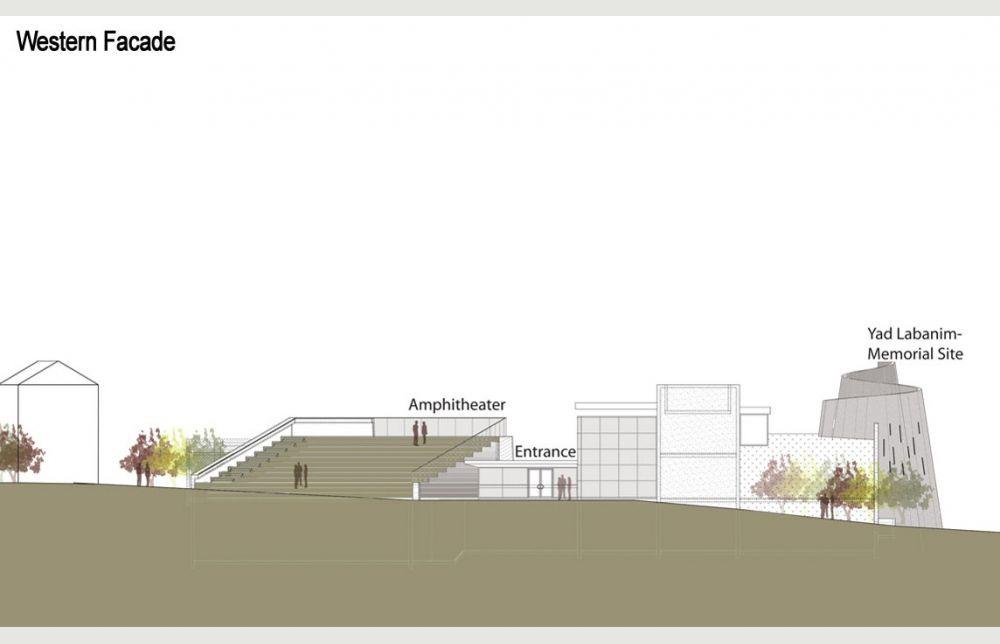 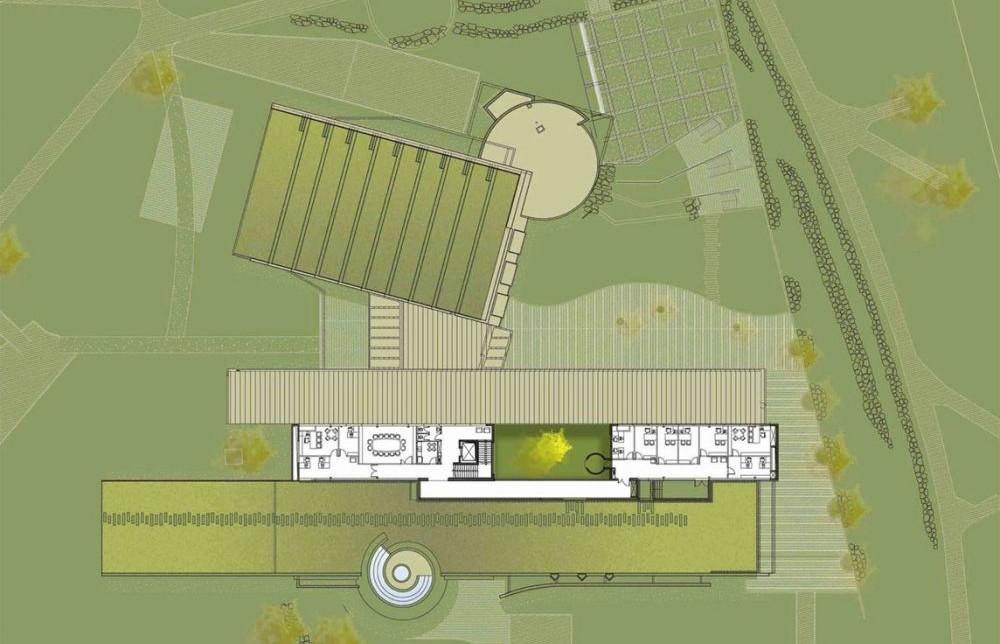 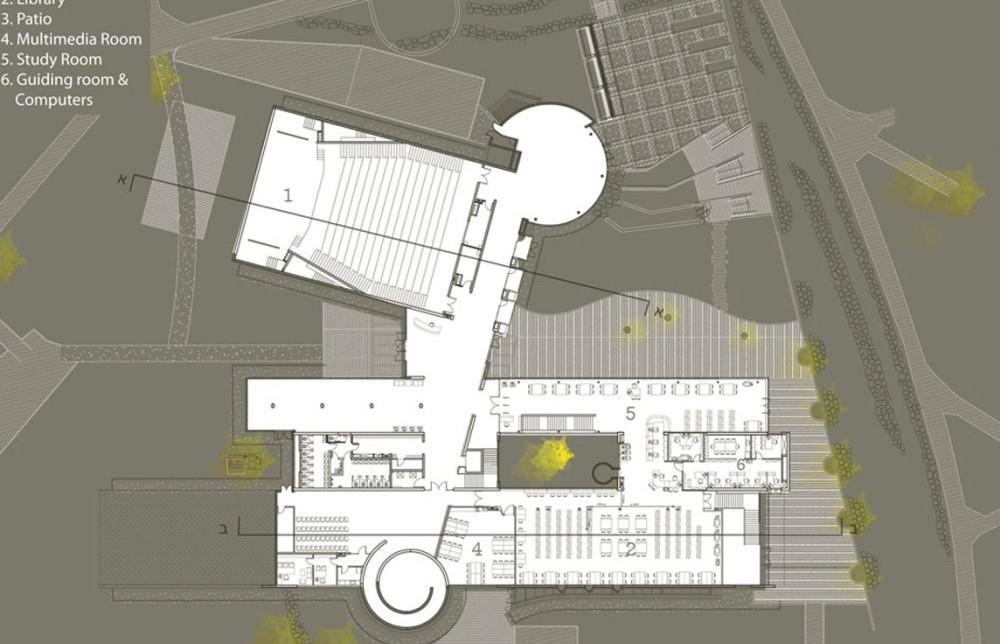 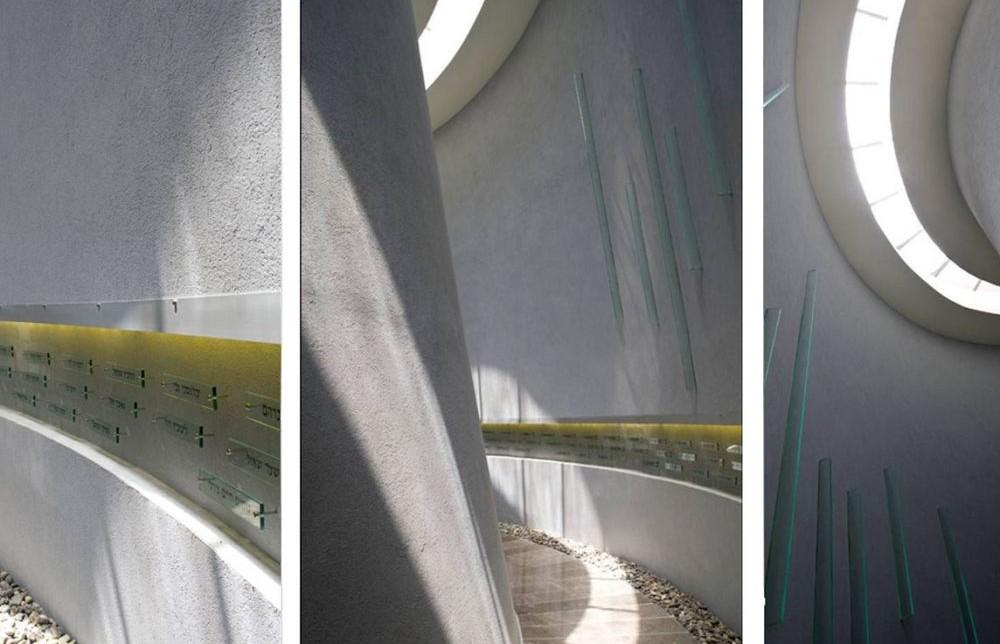 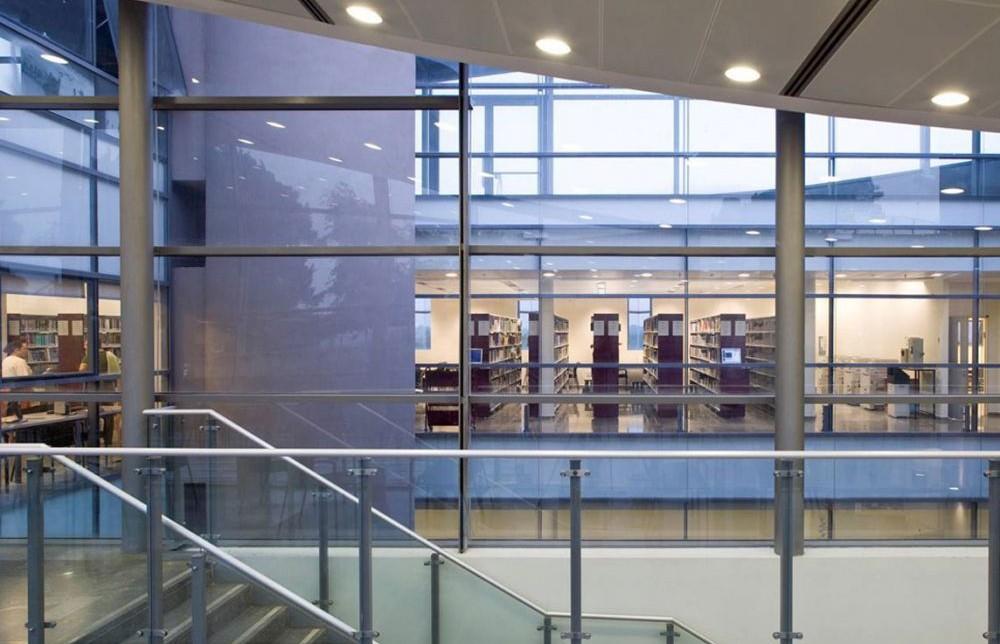 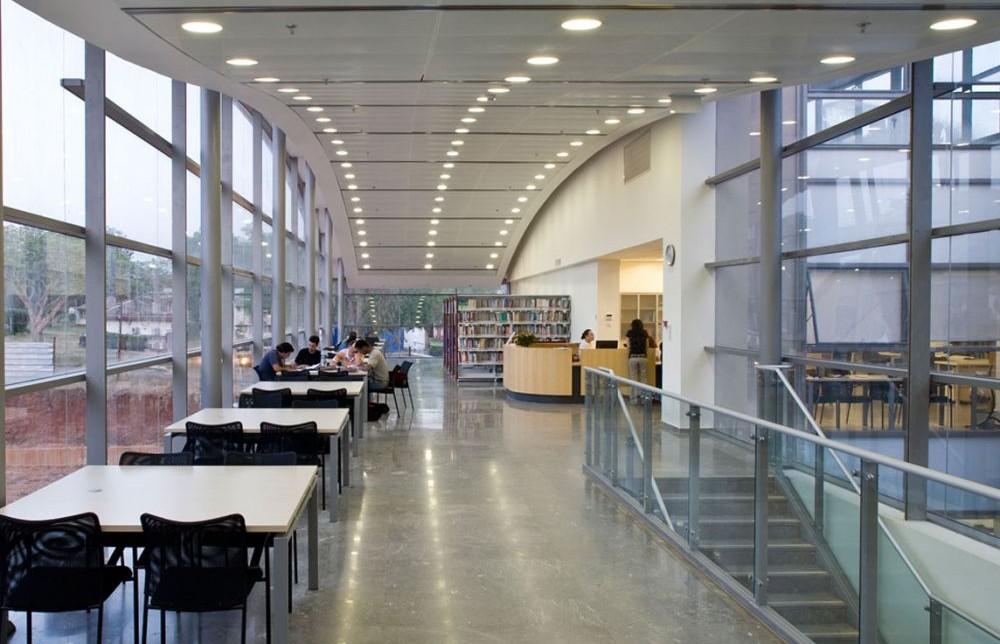 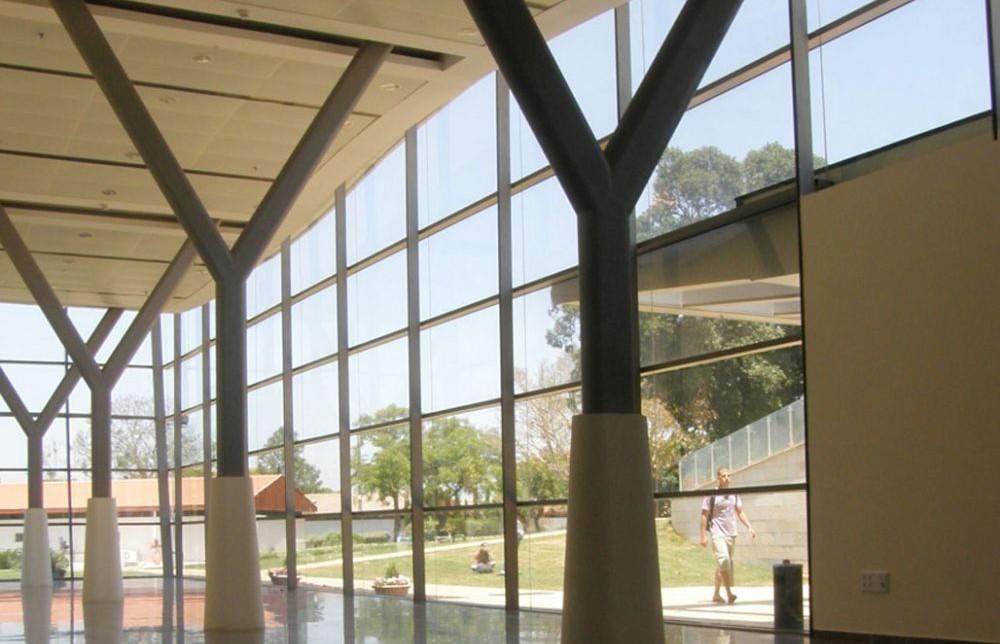 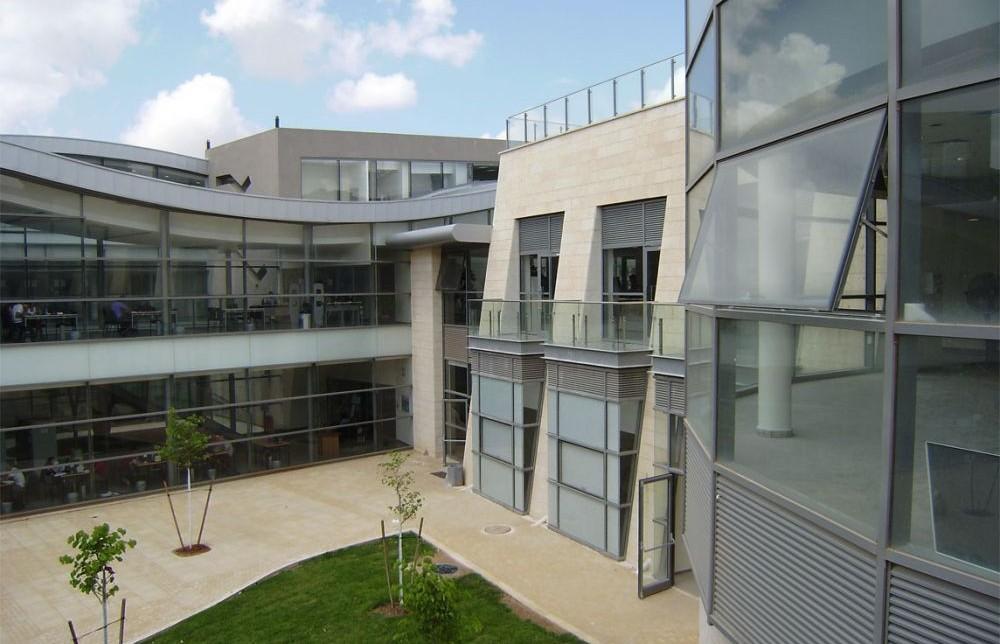 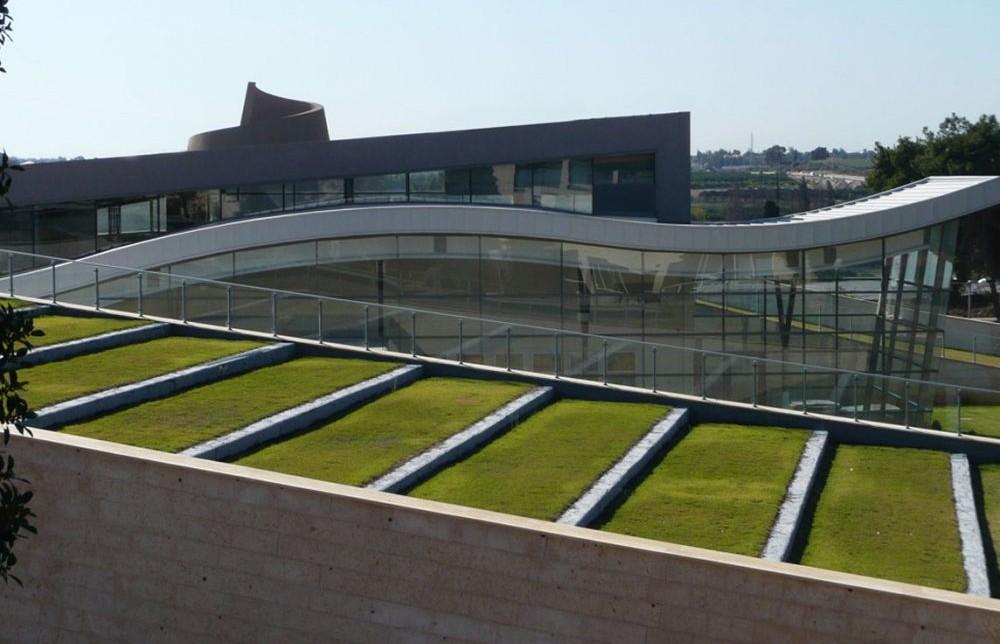 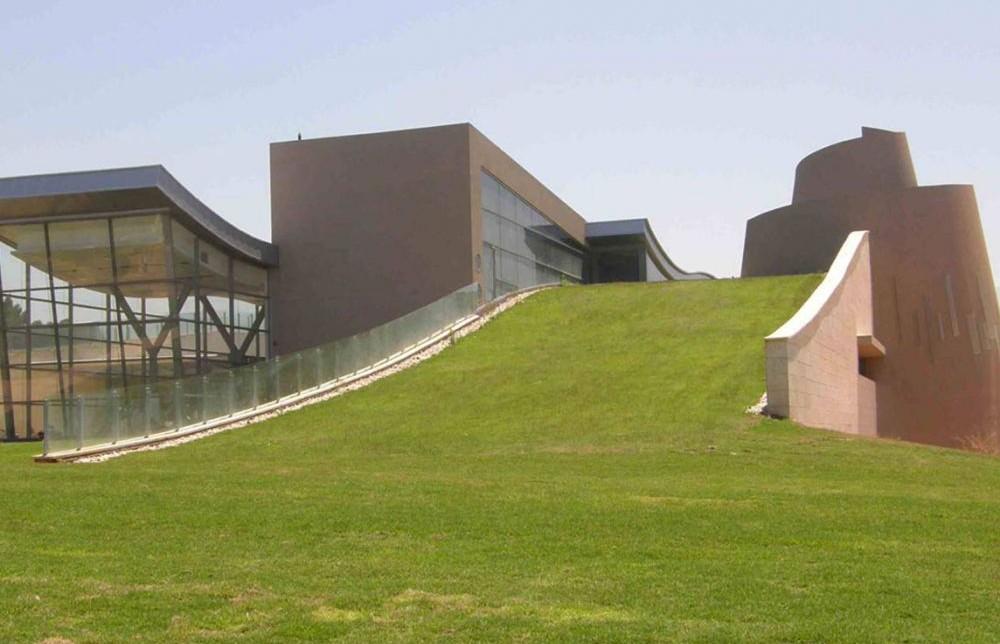 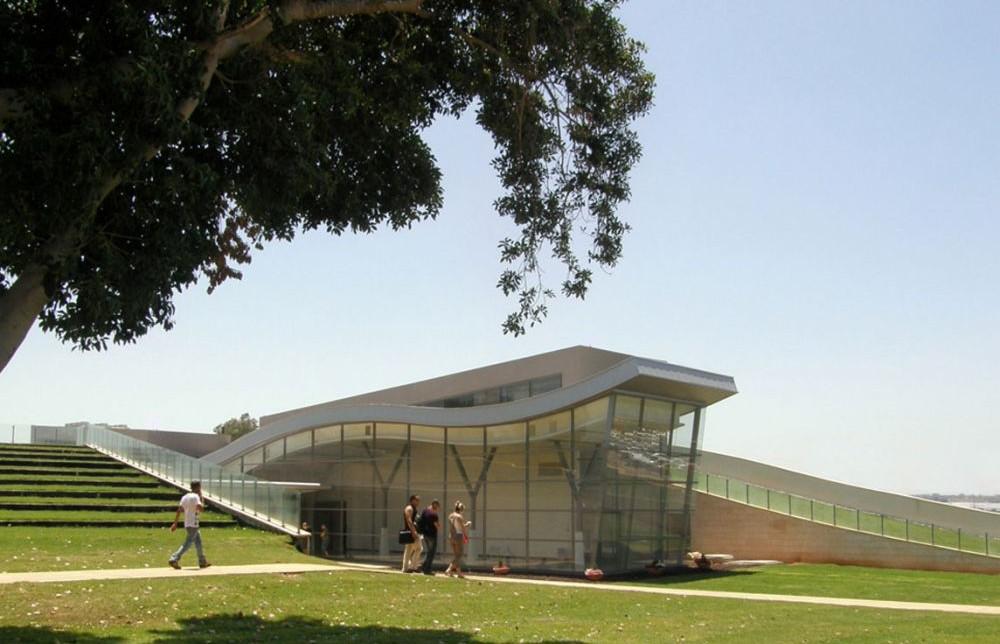 The campus of the Ruppin Academic Center in Emek Hefer is located near orchards and rural settlements. Situated on a ridge and surrounded by lush greenery, it was designed according to the architectural concept of an academic island in the midst of the countryside. The campus library building was planned according to th architectural concept of the academic center – to promote and maintain the green, naturalistic image of the campus.

The library and memorial building seems almost to sprout from the ground, between lawns and trees, as if it had always been present beneath the surface. The layout of the building unfolds and fans out, creating a statuesque structure in harmony with the natural curves of the landscape. Most of the rooftops are covered with vegetation, primarily close-cropped lawns. These recompense the space occupied by the built mass with green surfaces, which in turn are a link to the existing public spaces in the campus.

The scheme of the library resembles an L-shape embracing a public garden; an orientation point for the inner volumes of the library. The auditorium wing is situated beneath ground level, with the moderate sloping green roof serving as an amphitheatre and an extension to the campus lawns. The library wing is built like a wave rising from ground level in a fluid motion, overlooking the entire countryside and the other campus buildings.

An effort has been made to create an efficient energy-saving building in the design of the outer envelope and the orientation of the built forms to climatic conditions and the suns position. A great deal of energy is reduced by improved thermal insulation – building beneath ground level and covering large areas of the rooftops with insulating layers of vegetation and substrate. This ecological image of the building both satisfies functional requirements and promotes awareness to environmental issues.

The planning principle of the library and memorial building and its ecological image strengthens the existing regional architectural tradition, a starting point for promoting the global movement of creating a sustainable architectural environment.