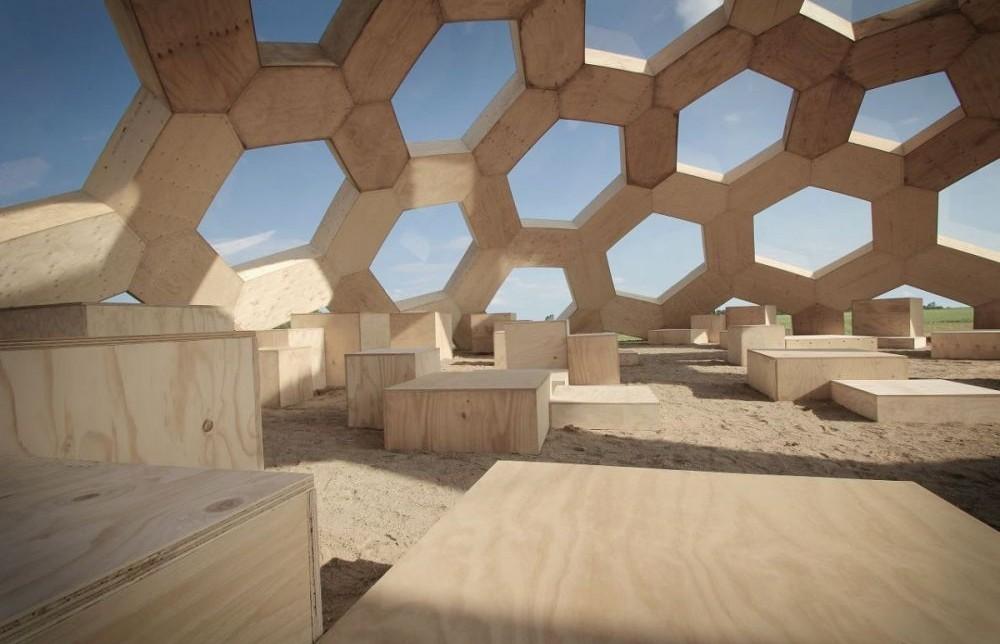 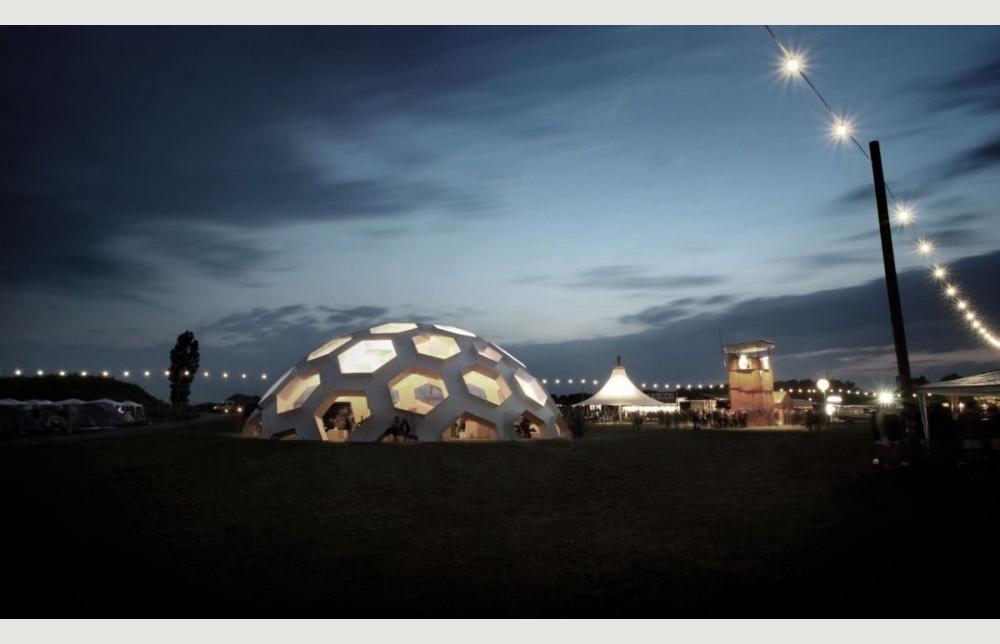 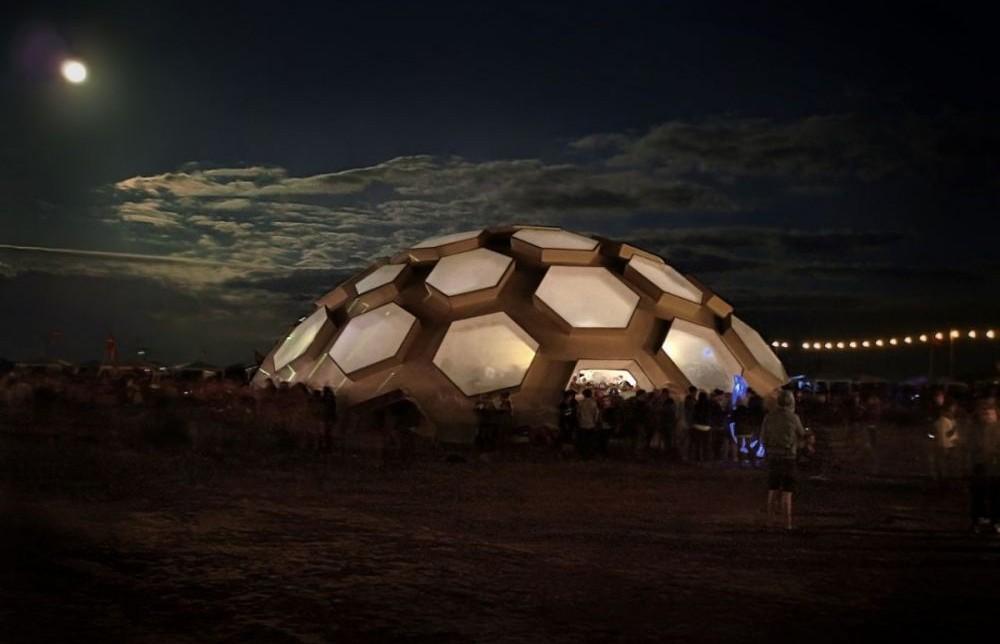 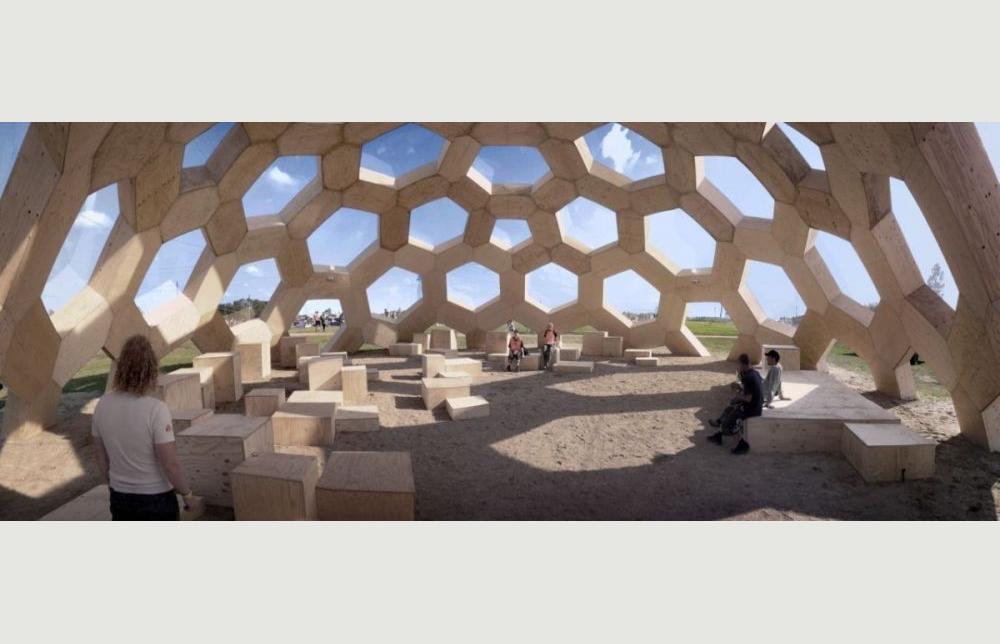 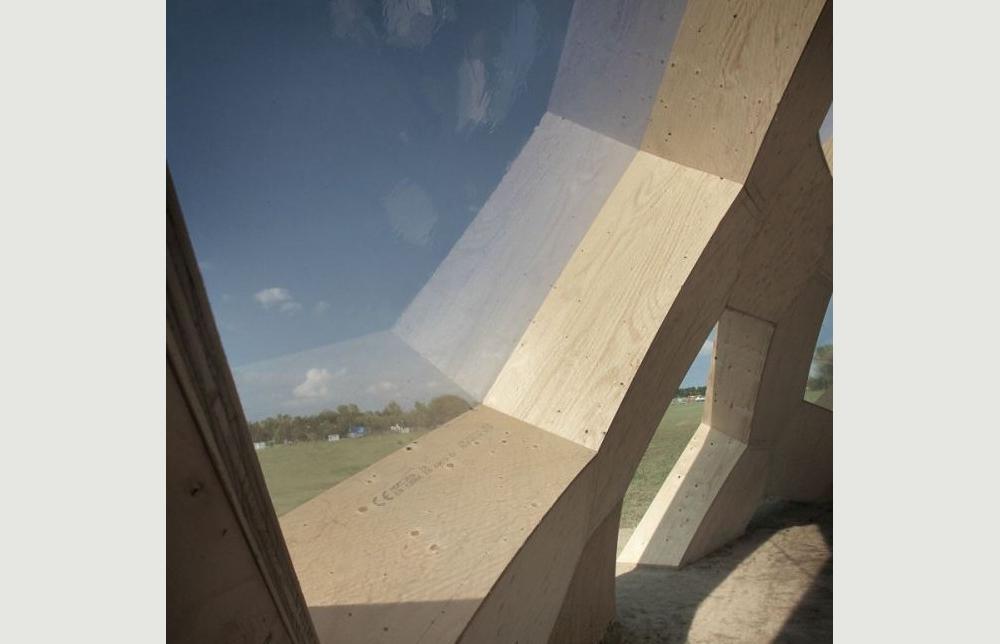 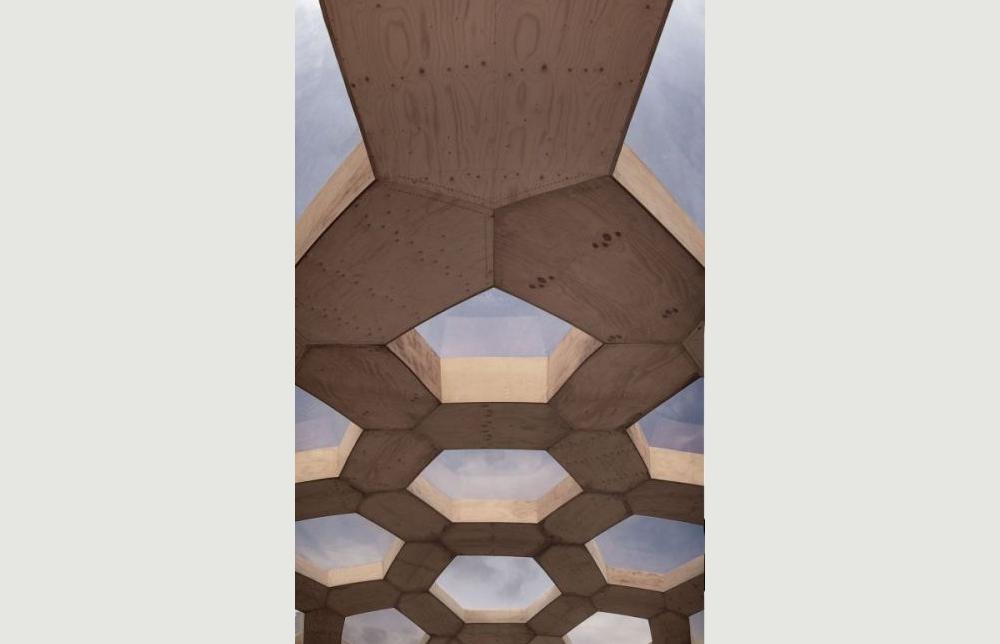 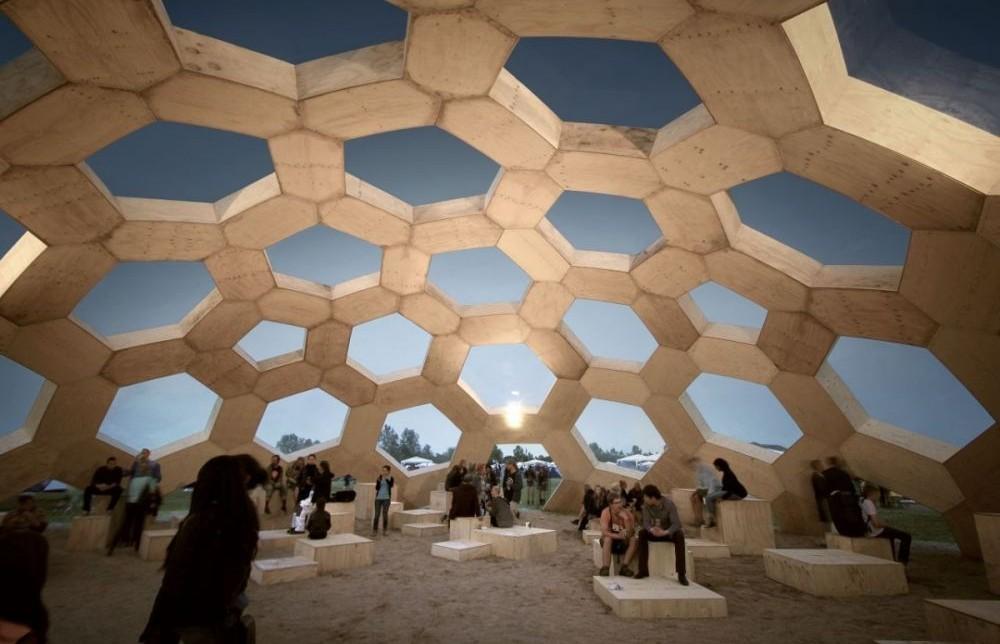 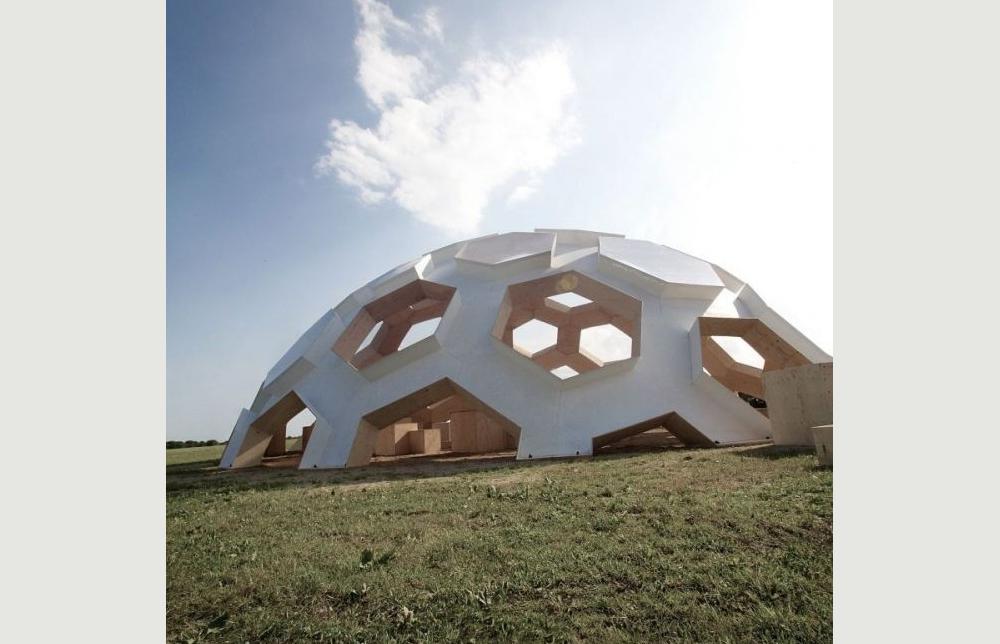 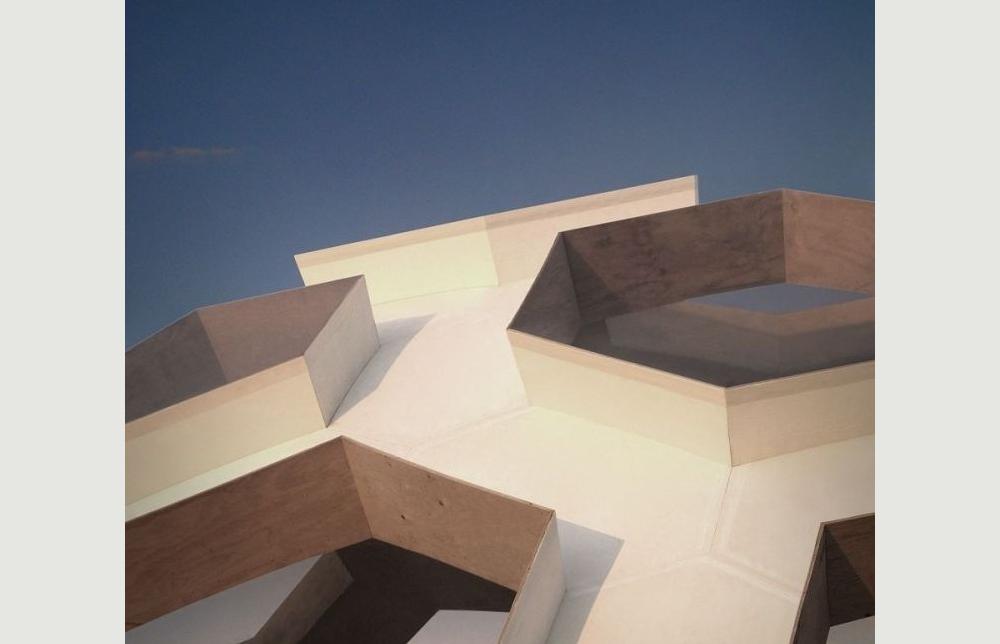 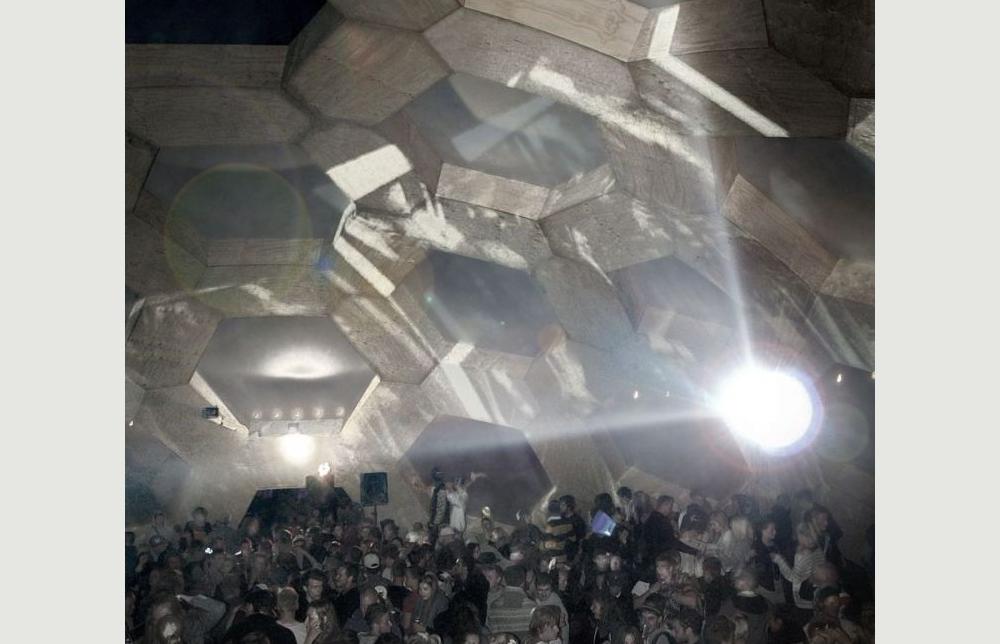 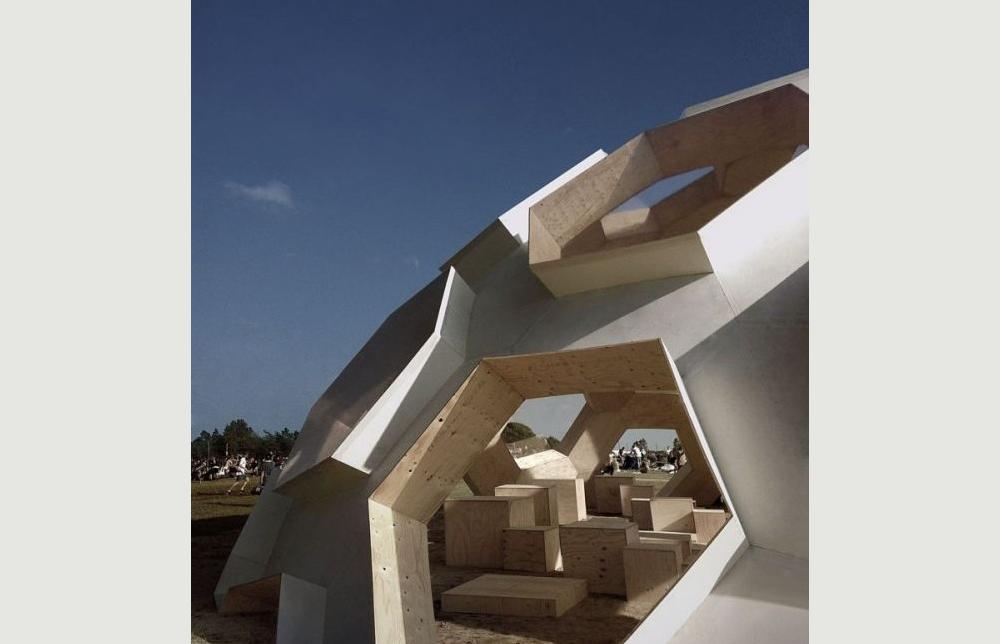 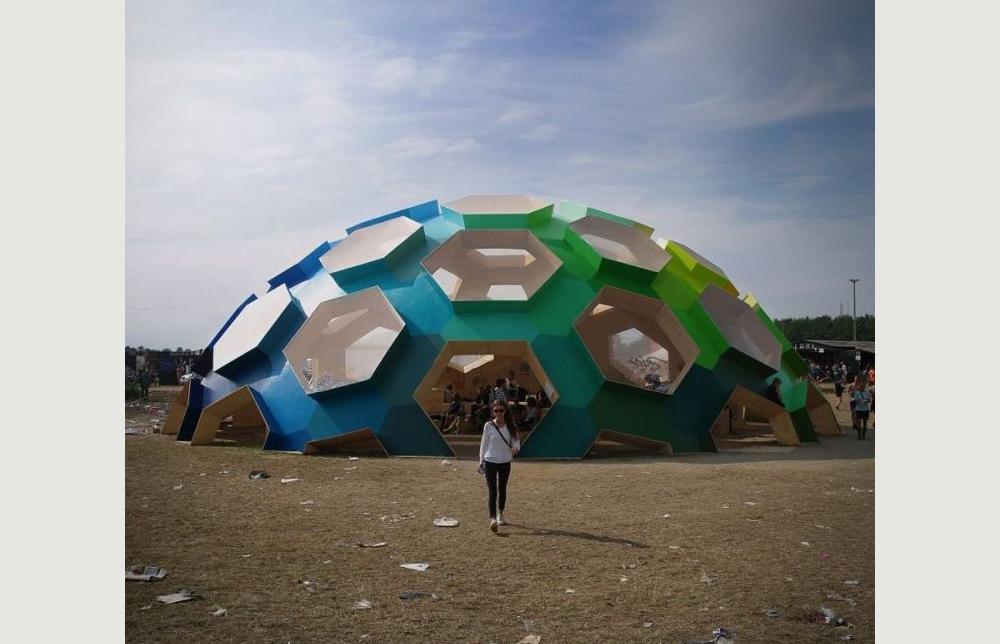 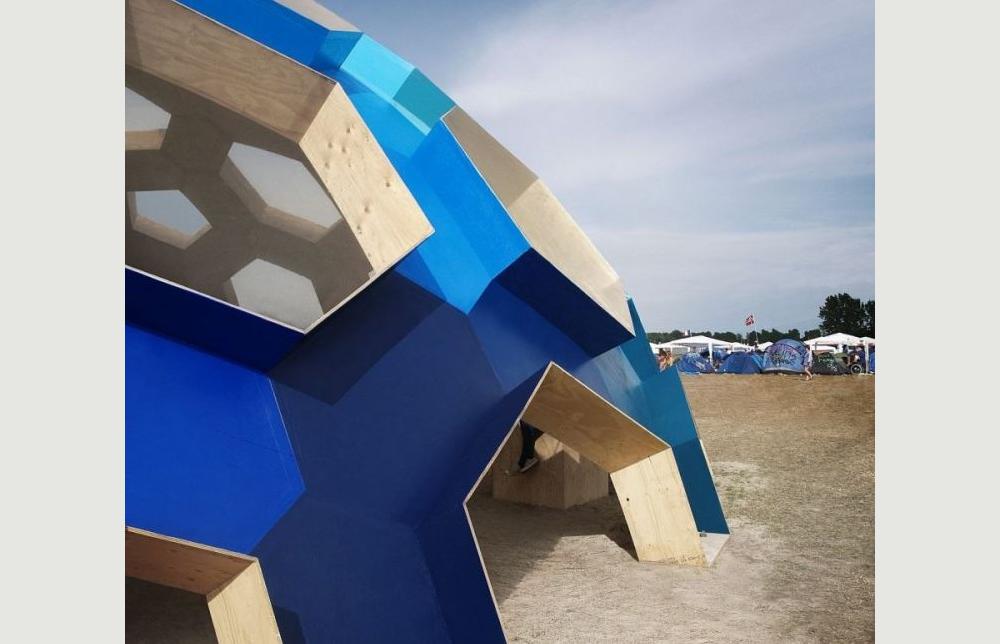 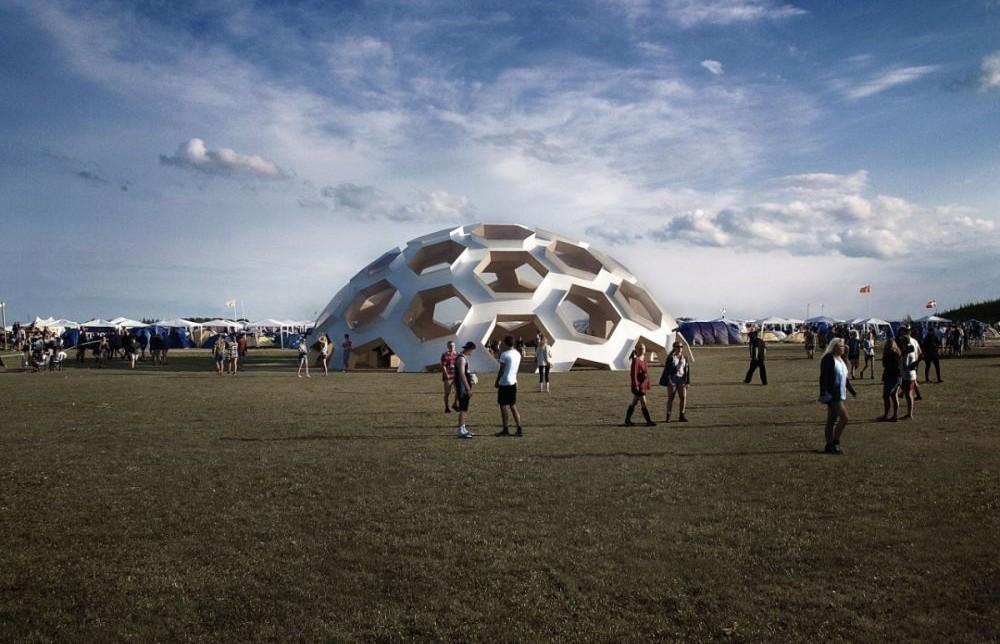 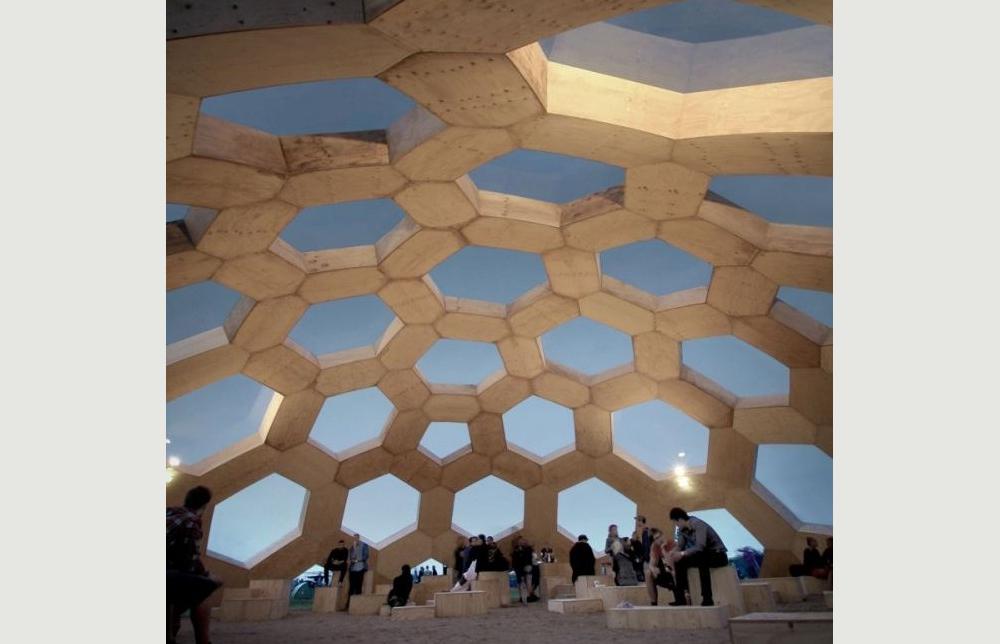 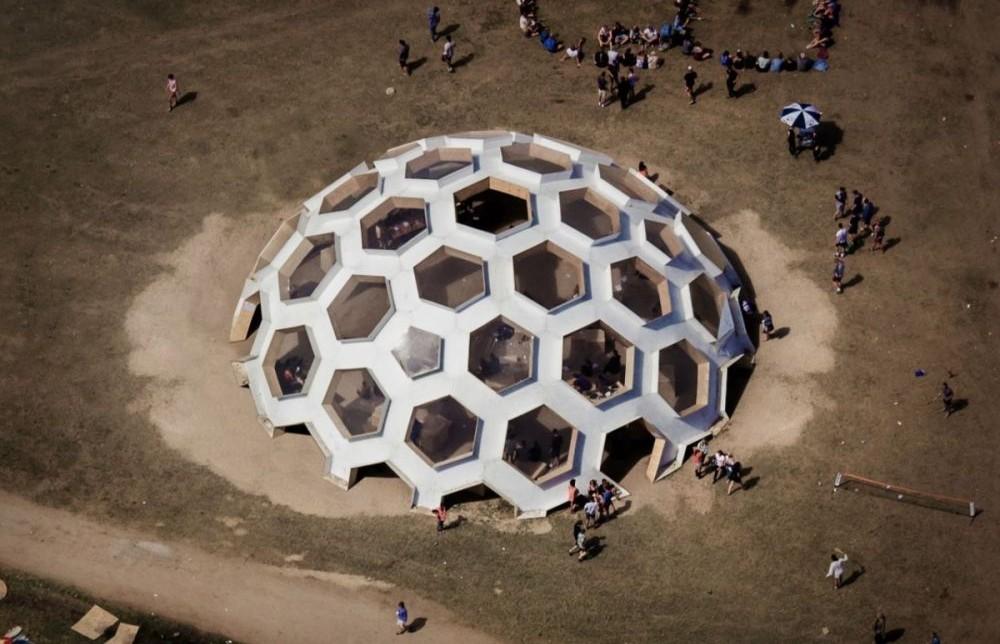 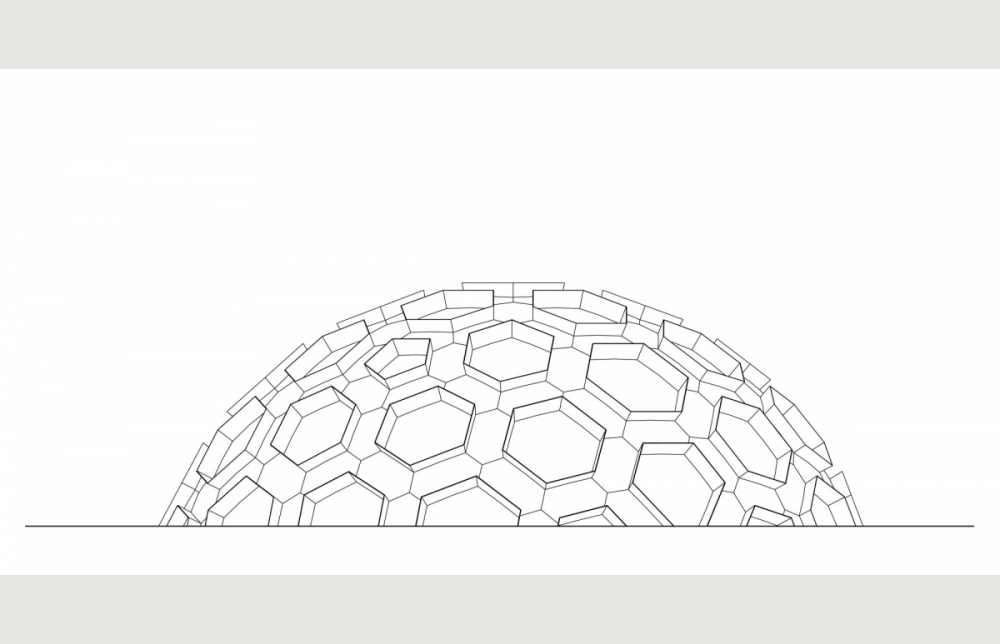 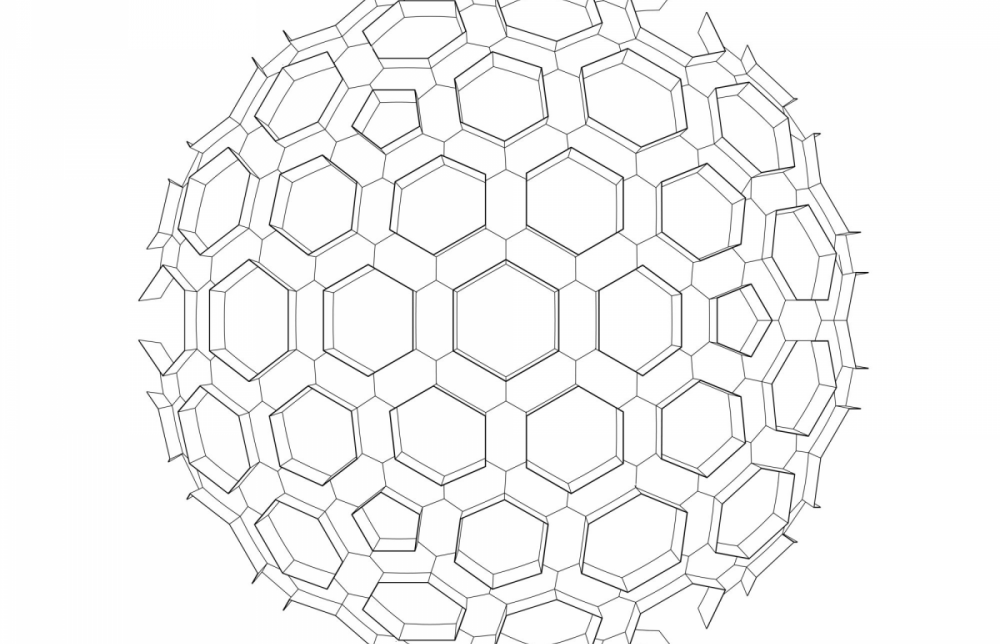 A geodesic dome, like the one put up by Kristoffer Tejlgaard and Benny Jepsen at the Danish music festival, Roskilde Festival in 2012, is a construction that optimizes the use of resources to a high degree, by imitating natures own methods. The molecular structure found in one given family of carbon molecules, is copied when constructing geodesic domes. This structure allows for great strength and stability, construction of large-sized spaces using a minimum of building materials as well as reduced energy consumption used for heating because of the minimal surface and aerodynamic form of the dome. The geodesic method of building, is a method as fundamental as the rectangular method we mainly use today, hence the two methods ought to be considered of equal standing.

Today, the geodesic dome occupies a place in the history of architecture, partly due to the American architect and designer Ricard Buckmister Fuller. During the fifties and sixties, Fuller used the geodesic dome structure in his work and theorized about geometrically optimal ways in which to construct domes. It was not until Fullers passing, that investigations revealed that the geometry he used in architecture originated from nature. Fuller therefore gave name to the family of carbon molecules of which the molecule c60 is part. They are today know as “Buckyballs” or “Fullerenes”.

Fuller foresaw the scarcity of resources we are facing today. This made him call for “a design revolution” which could enable all of us to do more with less resources. According to Fuller, one source of improved resource efficiency was intelligent constructions. Fuller shared this perspective on architecture with newly established hippie communities who tapped into his knowledge of geometry and set out to construct cheap and resource efficient houses. The geodesic dome is therefore considered an icon of alternative architecture today.

The Danish music festival, Roskilde Festival is a festival that both originates partly from communities of alternative living, shows environmental awareness and dares to showcase alternative architecture on its grounds during festival days. It therefore seemed as a natural location in which to put up the dome.

The first version vas constructed in 2011 with an ambition to reuse it the following years. It was build up of separate modules, all of a size that could be handled by two individuals. The modules could easily be put together, separated, stacked on pallets, stored and carried by lorry. The number of modules was increased in 2012, which doubled the size of the dome.

The dome was made solely from plywood. By 3D-projecting the construction and using a CNC cutting machine for all the curved wood cuts, it was made possible to cut the plywood sheets in a way so their elasticity was used across the panel points, and in that way avoid complex assemblages of plywood sheets. Brackets were attached around the window holes, in vertical position on the spherical surface. In that way, transparent and waterproof membranes could be attached to the windows, which secured dry weather inside the dome as well as drainage of the surface.

The Dome was put up for eight days, during which it was the centre of a diverse range of cultural events. During day, a stage inside the Dome hosted spoken word, story telling and live drawing events. During night hours, festival guests brought their mobile self-build sound systems and visuals were projected onto the inner walls of the Dome – which showed itself to be just the ingredients to cook up huge parties that continued until the first rays of sunlight hit the festival grounds. The Dome stood clean, white and freshly build at the opening of the festival. After four days of parties, events and general high spirits, the Dome could use a bit of a revitalization. The Danish collective of artists Ultragrøn gave the Dome a thorough going-over by painting it as one large colour wheel for its four last days of the festival.

The geodesic dome structure consists of a pattern of standardized units, based on a web of great circles upon the surface of a sphere. The geometry of the dome is identical to that of a carbon 240 molecule, which is subdivided one more frequency than the carbon molecule c60. The dome therefore has 240 panel points in its total sphere, as compared to 60 as that of the c60 molecule.