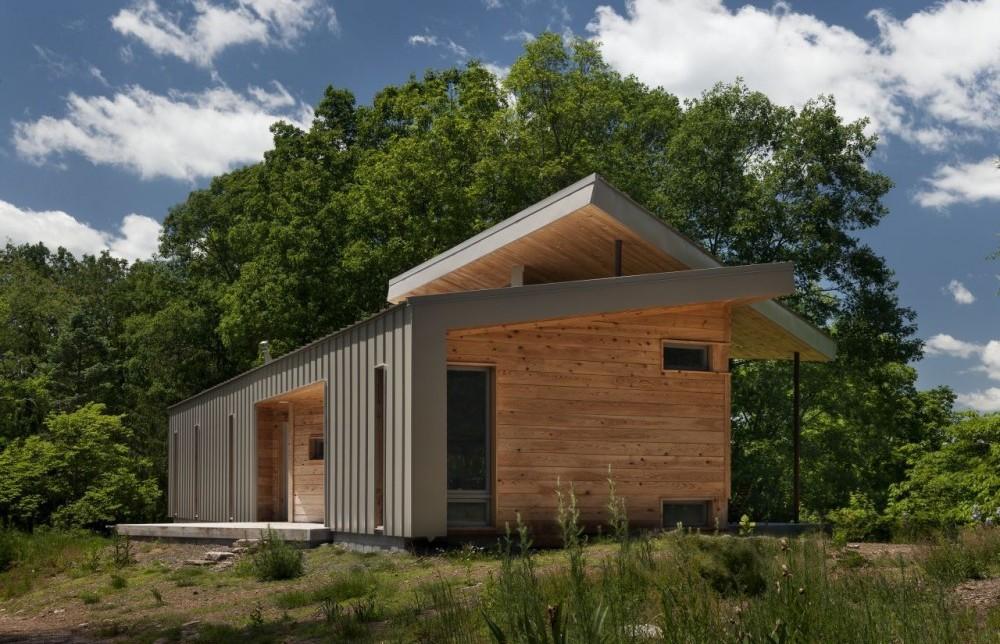 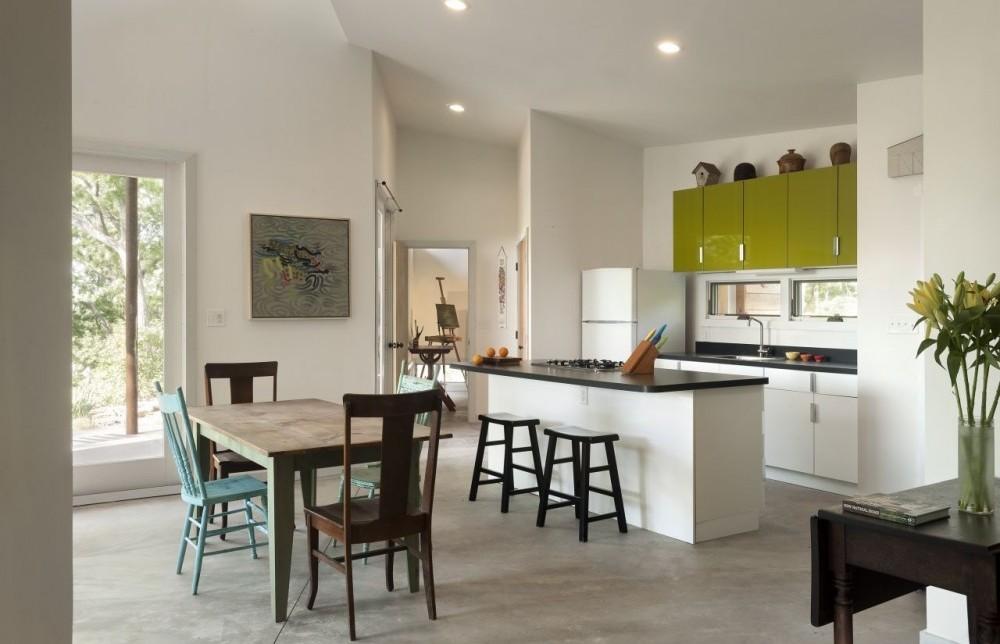 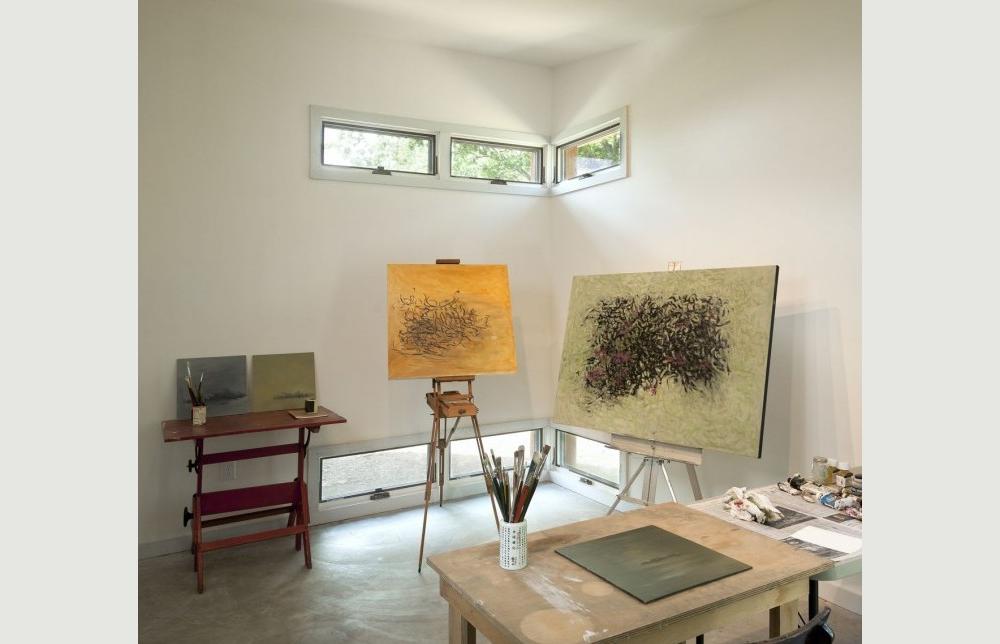 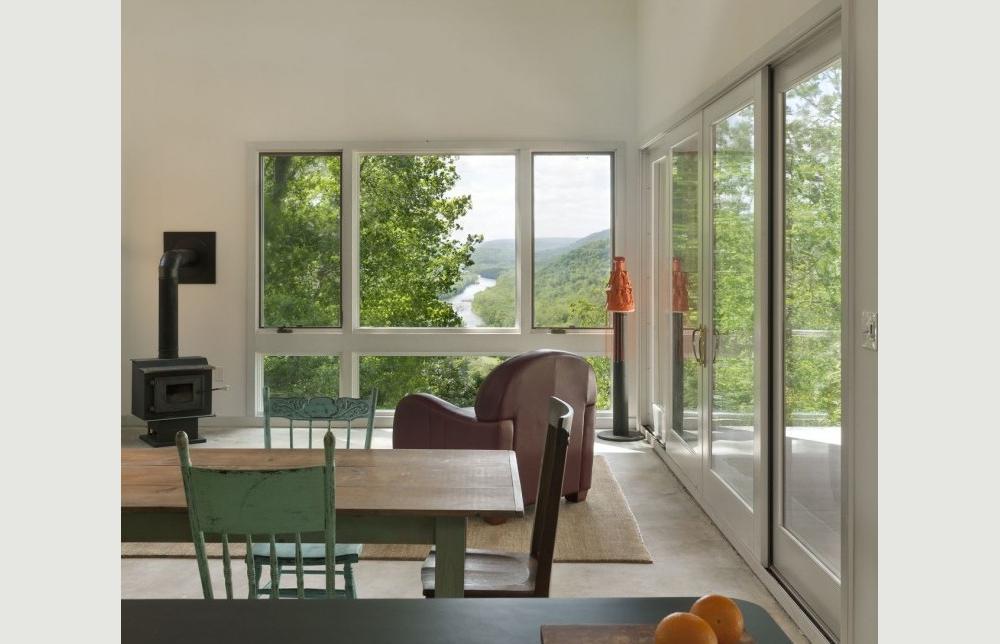 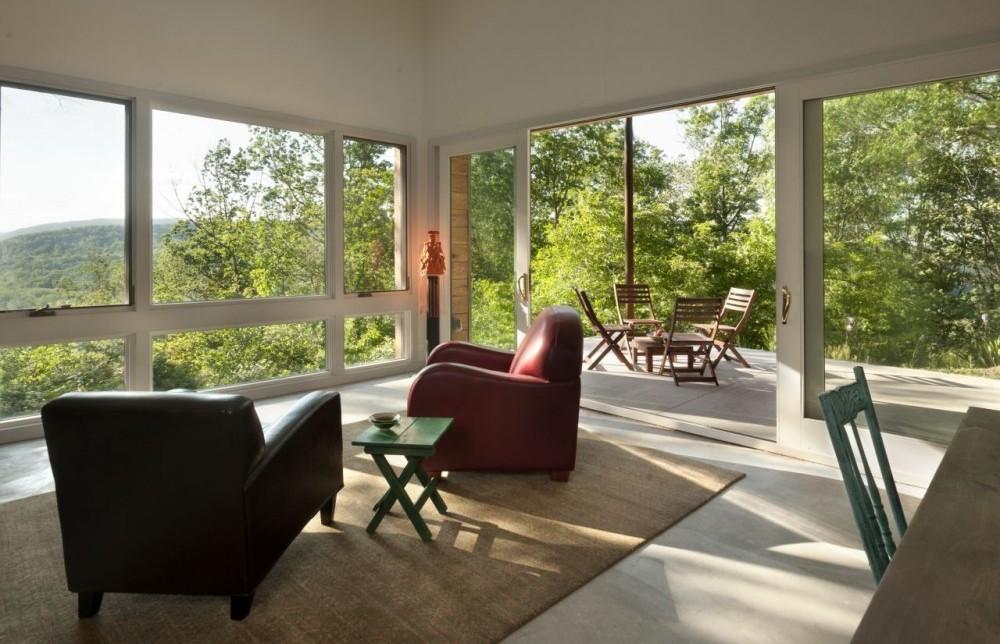 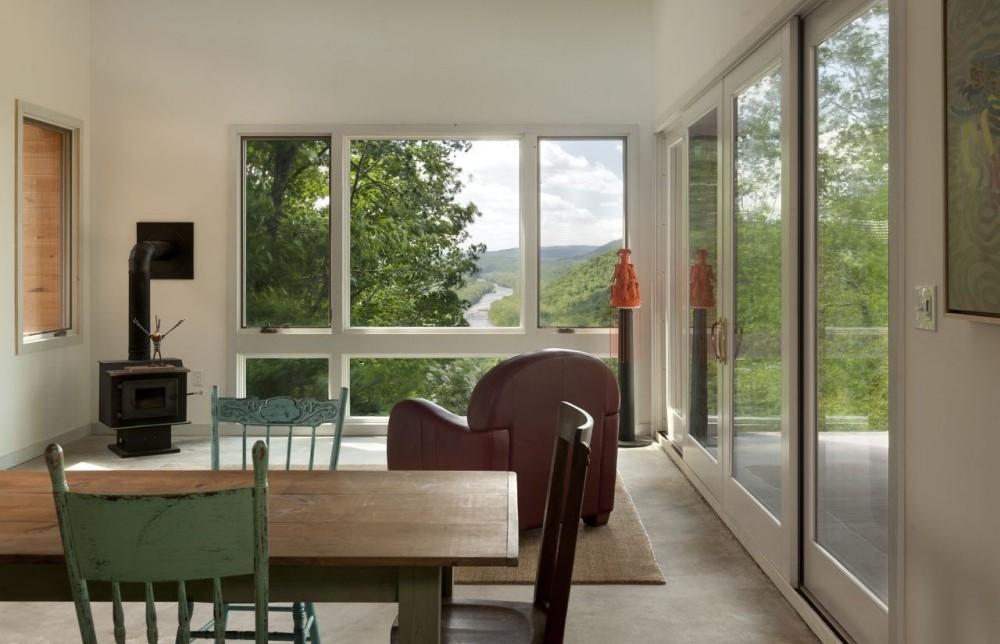 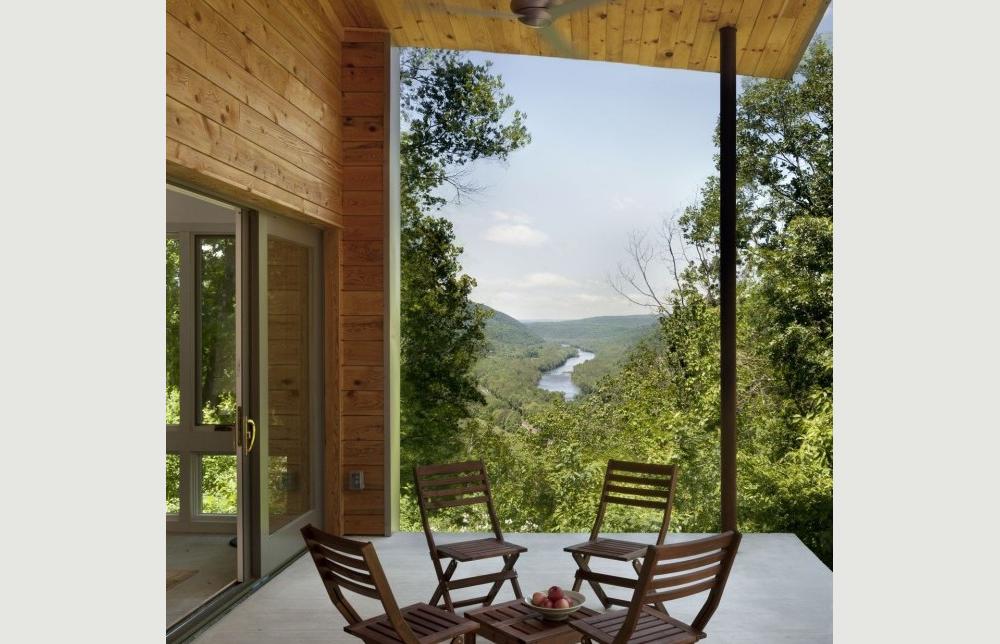 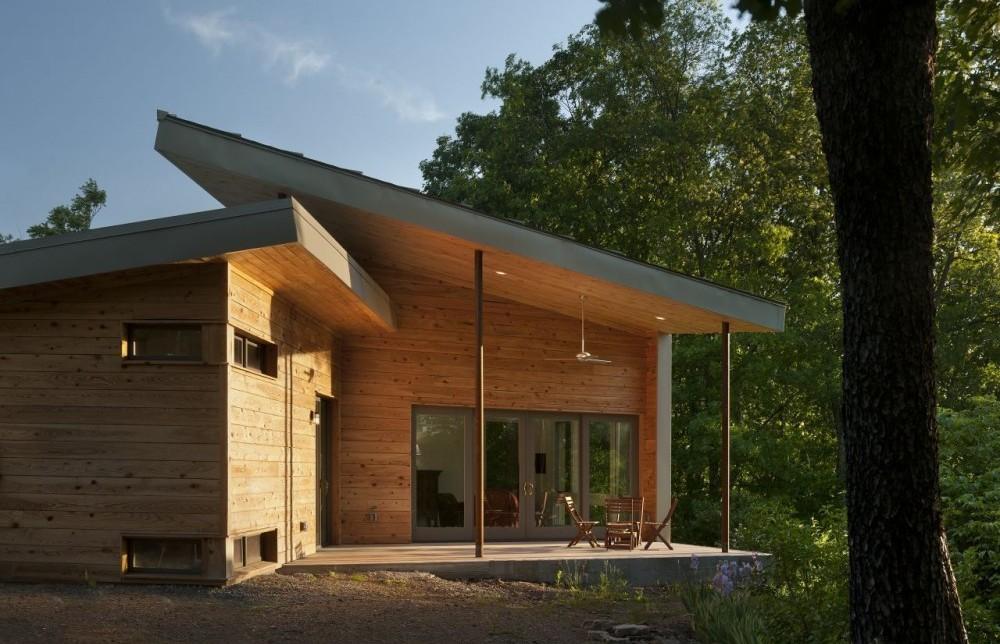 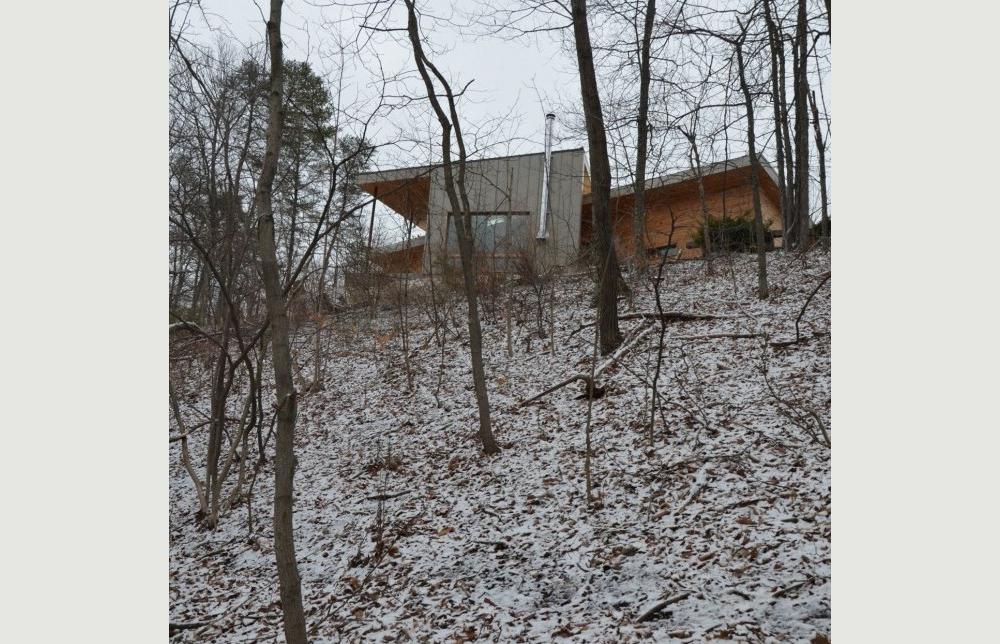 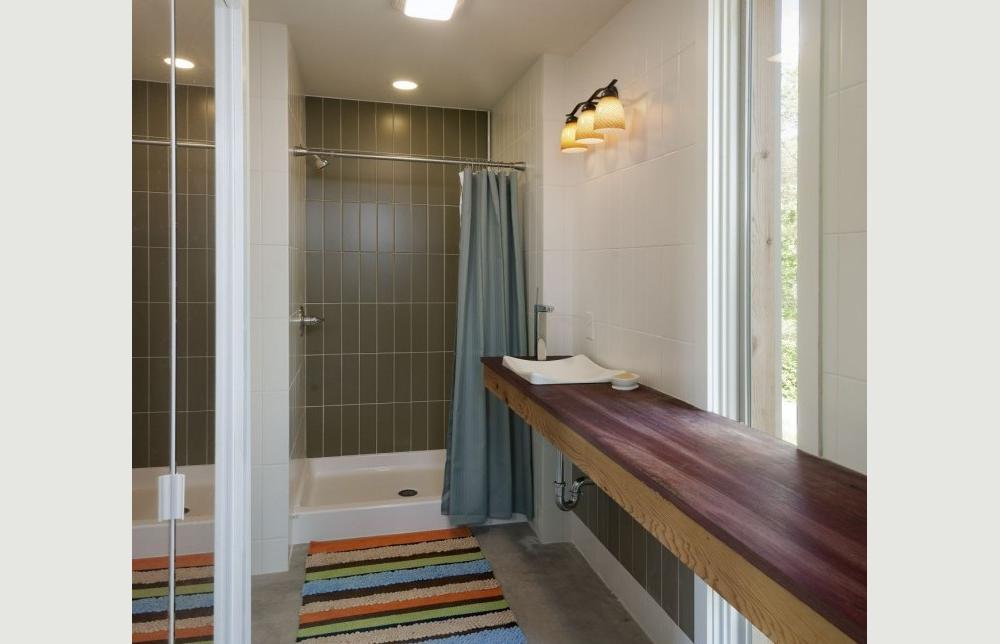 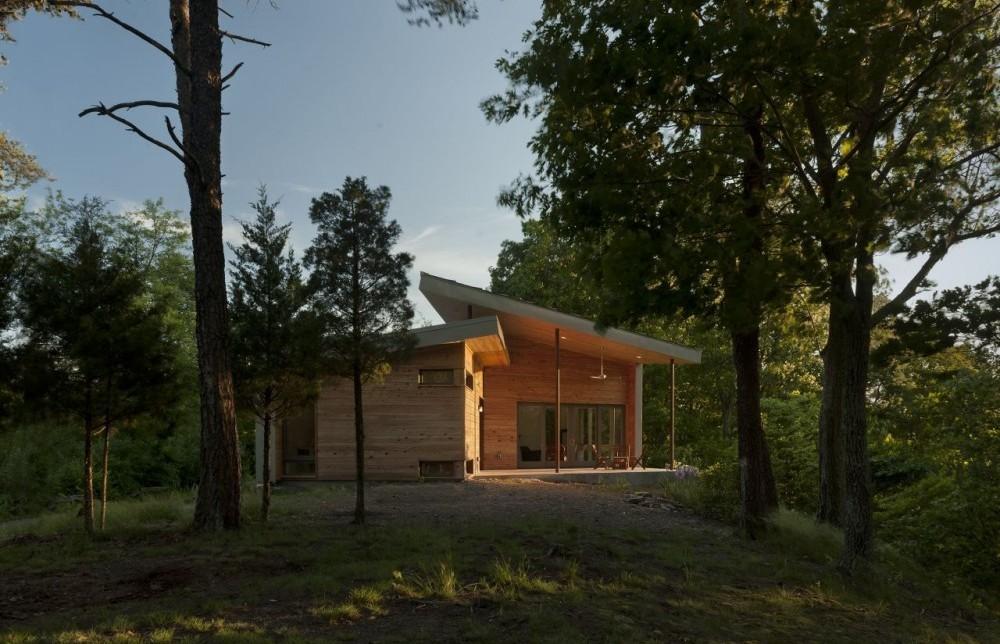 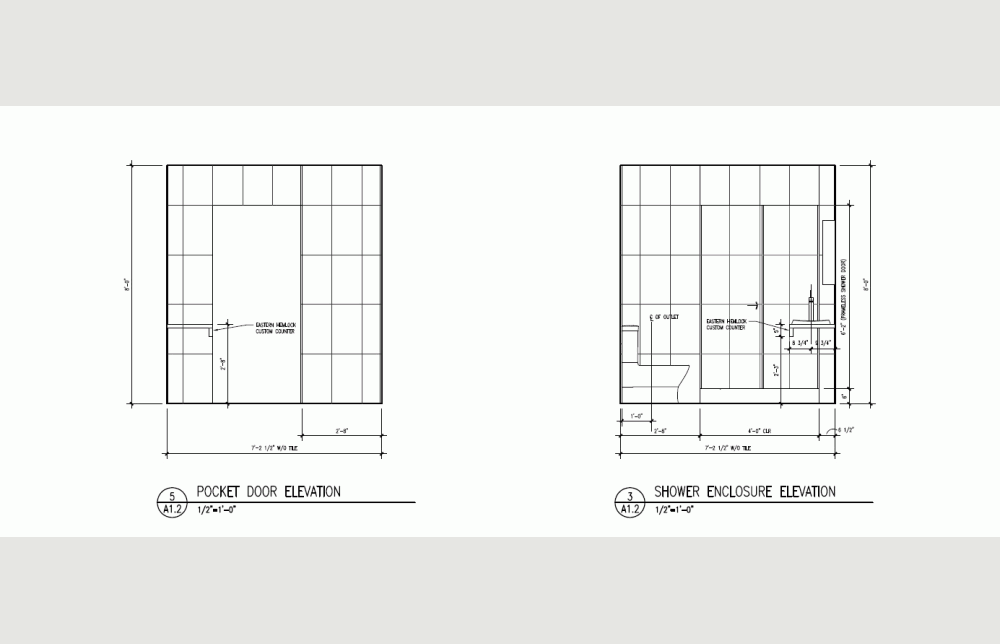 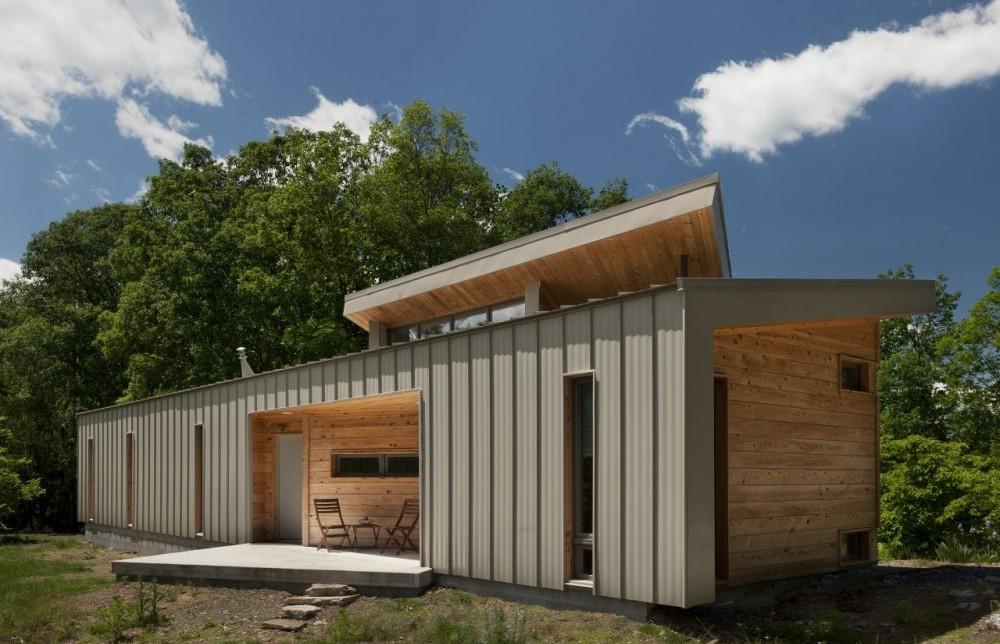 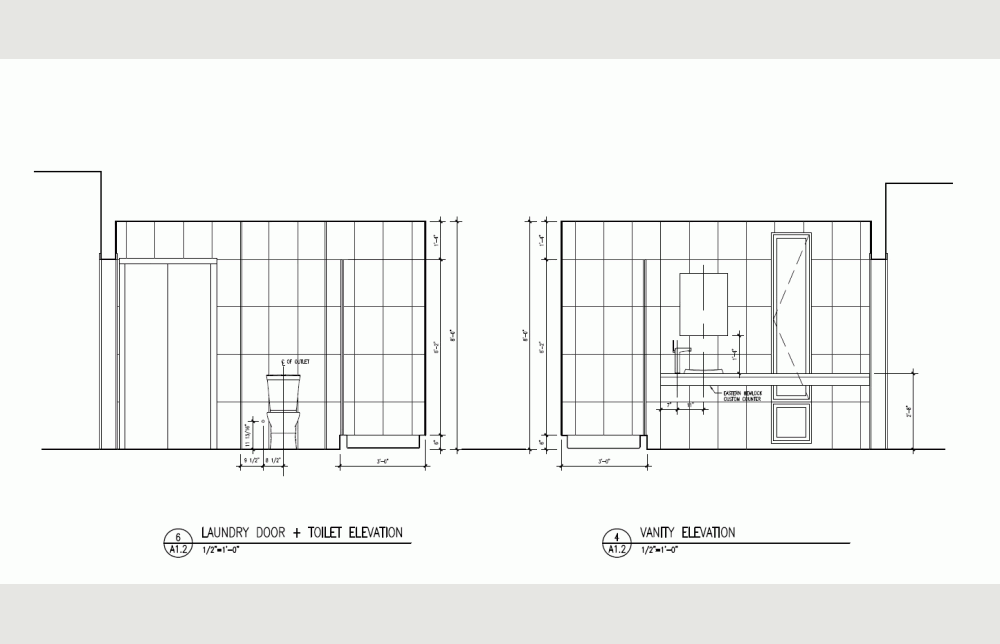 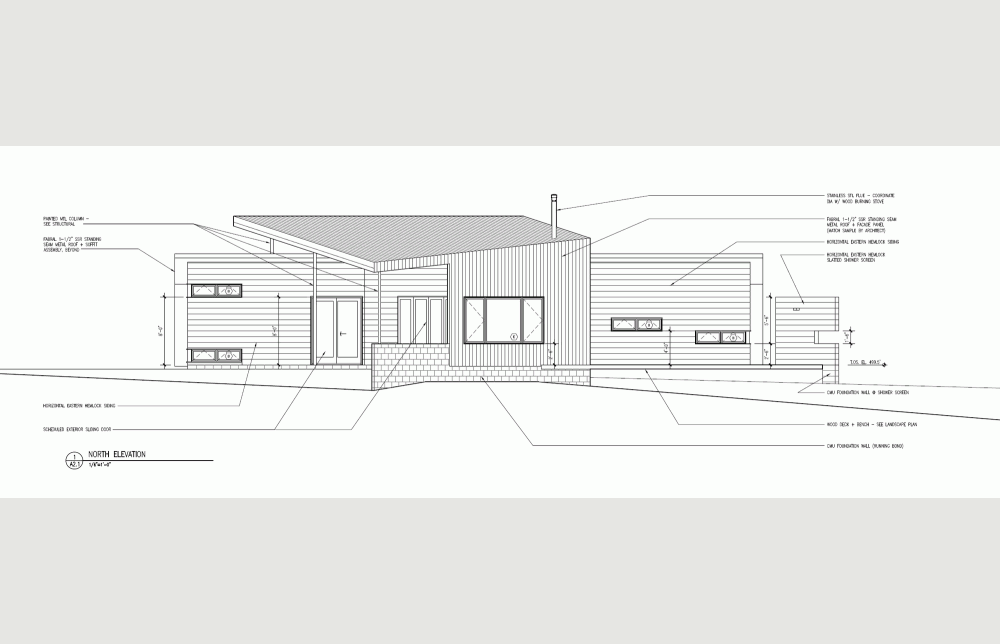 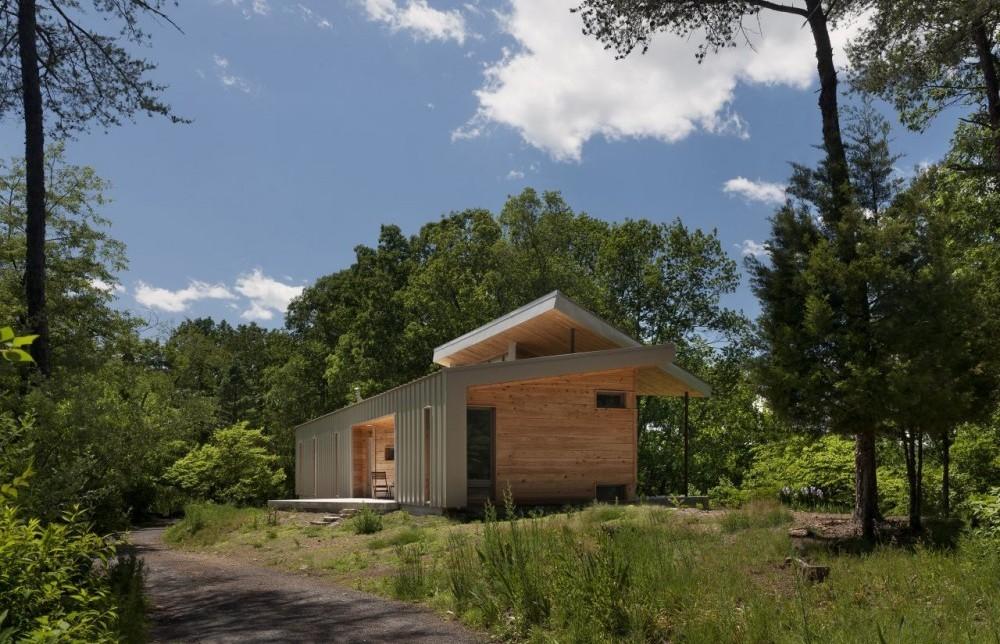 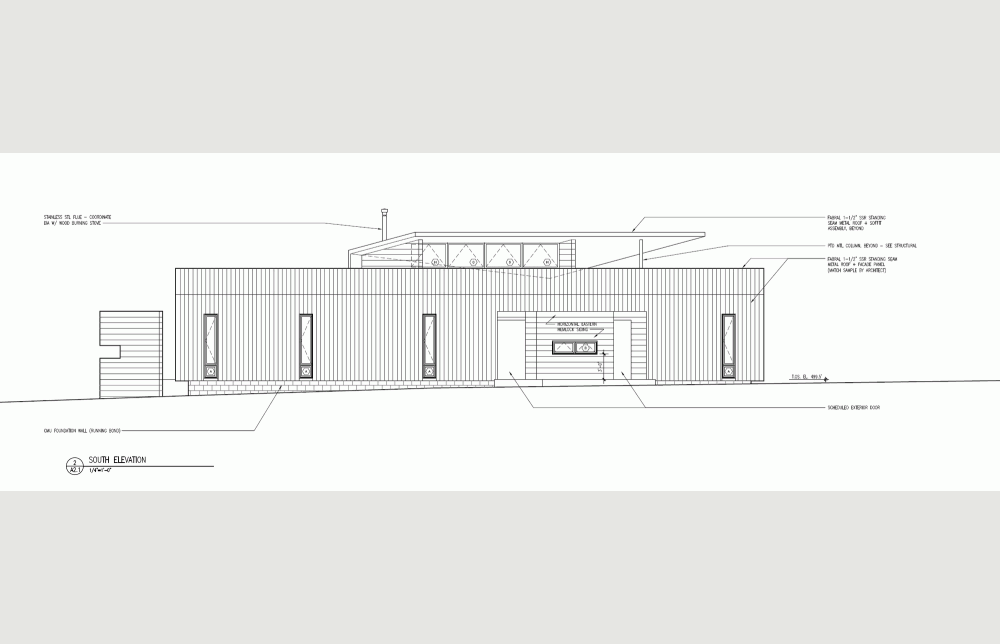 Perched on a narrow site overlooking the Potomac River, this home was designed to replace a plain, ordinary rancher that was destroyed by fire. Though tragic, the client saw this as an opportunity to re-imagine their humble weekend retreat. As a painter and art historian respectively, they sought a replacement that was modest yet inspiring, consisting of a small painting studio, study, master suite, living room, dining room and kitchen. Paramount to their programmatic needs was a shared aspiration for the house to connect and preserve the beauty of the site; permitting nature to permeate the domestic realm.

This emphasis on amplifying the particulars of the site led to decisions which impacted every aspect of the design including its function, form, and overall sustainability, often resolving these issues simultaneously.

For instance, the plan concept – a modern reinterpretation of the vernacular dog trot house found commonly in Appalachia – aligns the more private program along the ridge creating a linear bar running east-west optimizing the long exposures of the building. The public components are then shifted towards the spectacular view to the river and the Berkeley Springs & Potomac Railroad below. This singular move sponsors a formal overlap which subtly recalls the typical Edinburgh Limestone formations of the region – of which Seneca Rocks is an iconic example. The overlap itself allows for a passive solar solution, providing clerestory windows which draw light from the south into the living room. The material strategy uses standing seam metal roofing and locally sourced hemlock in opposed striations to subtly recall these rock outcroppings while reinforcing the overlap of the volumes.