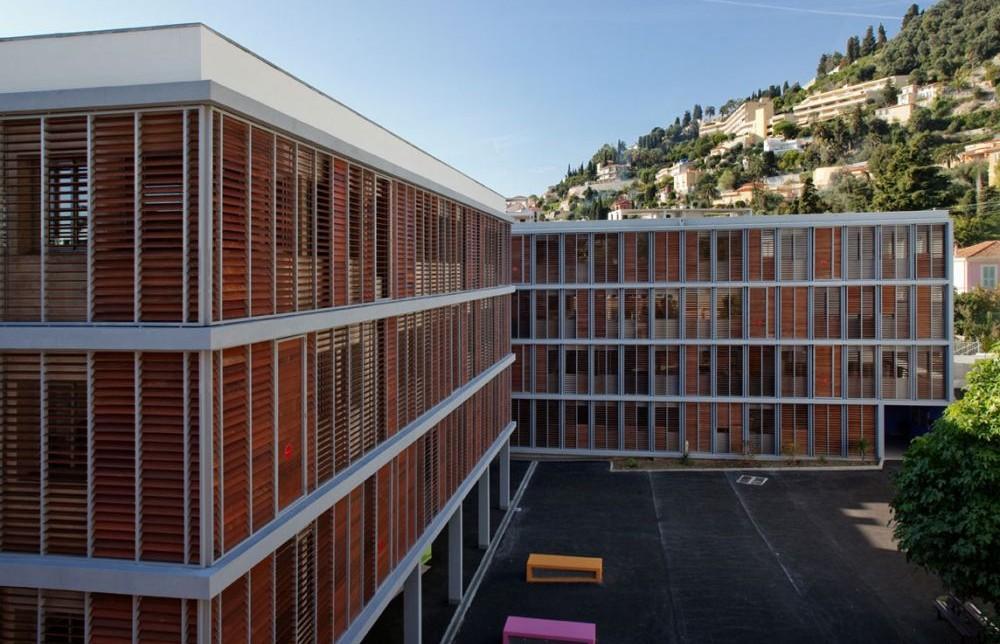 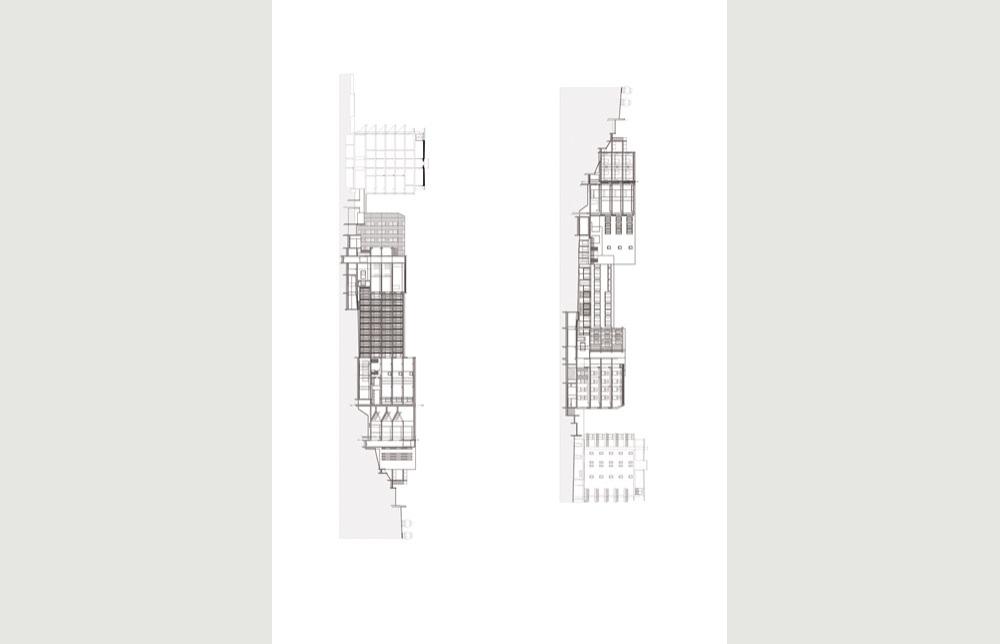 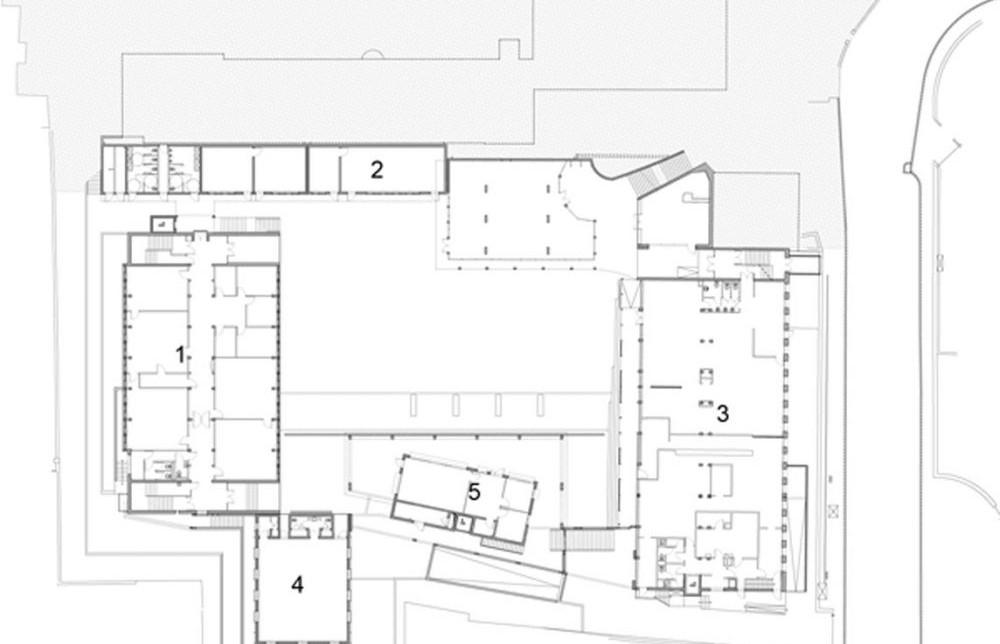 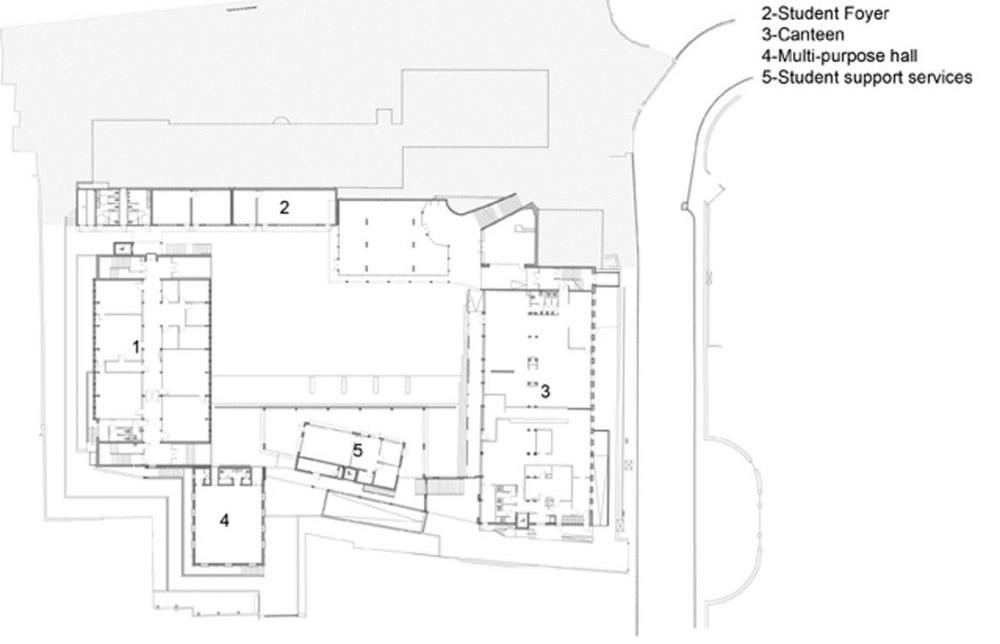 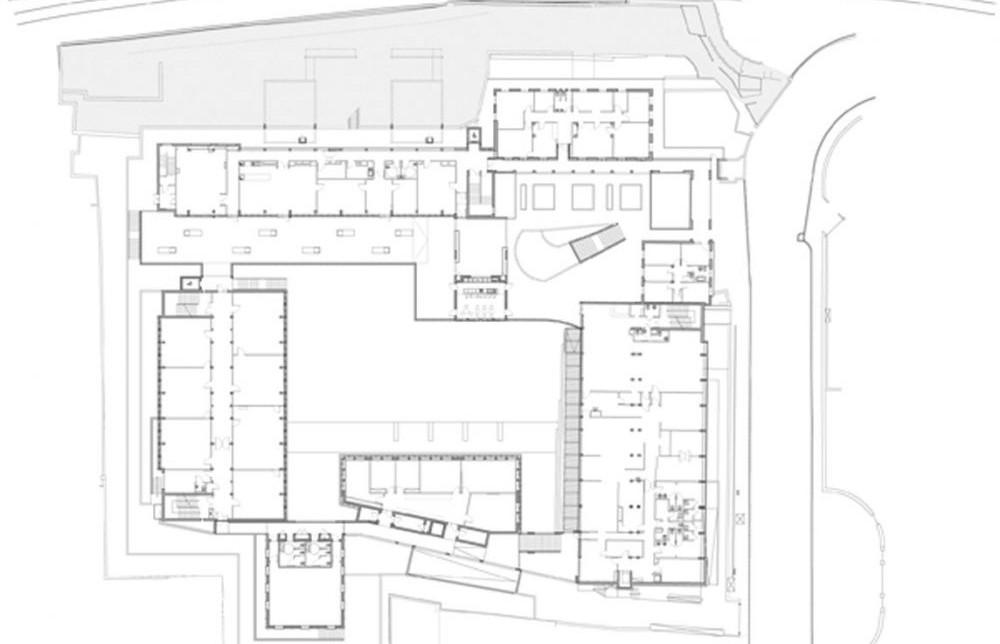 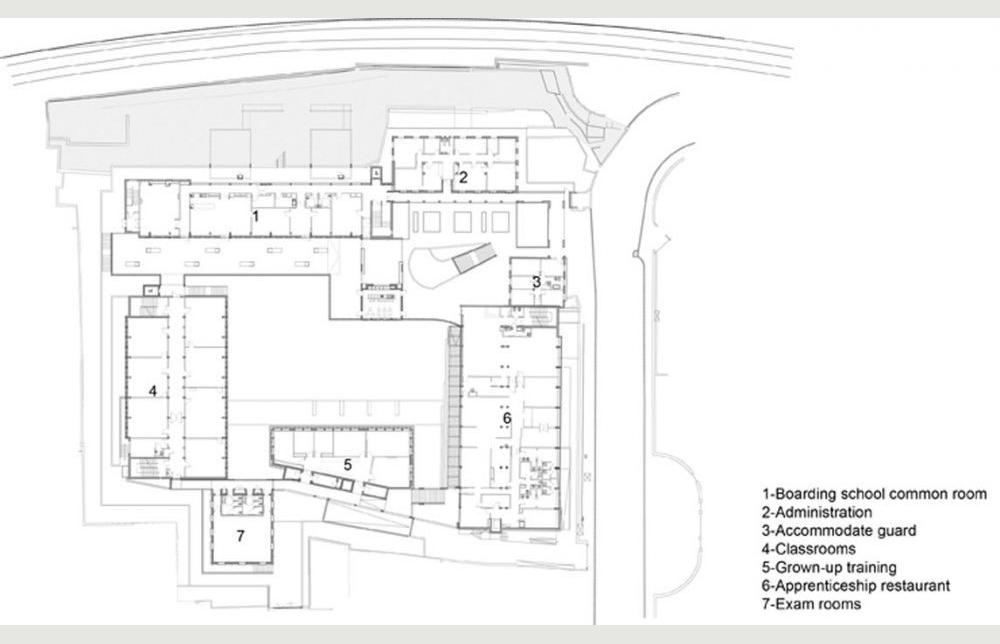 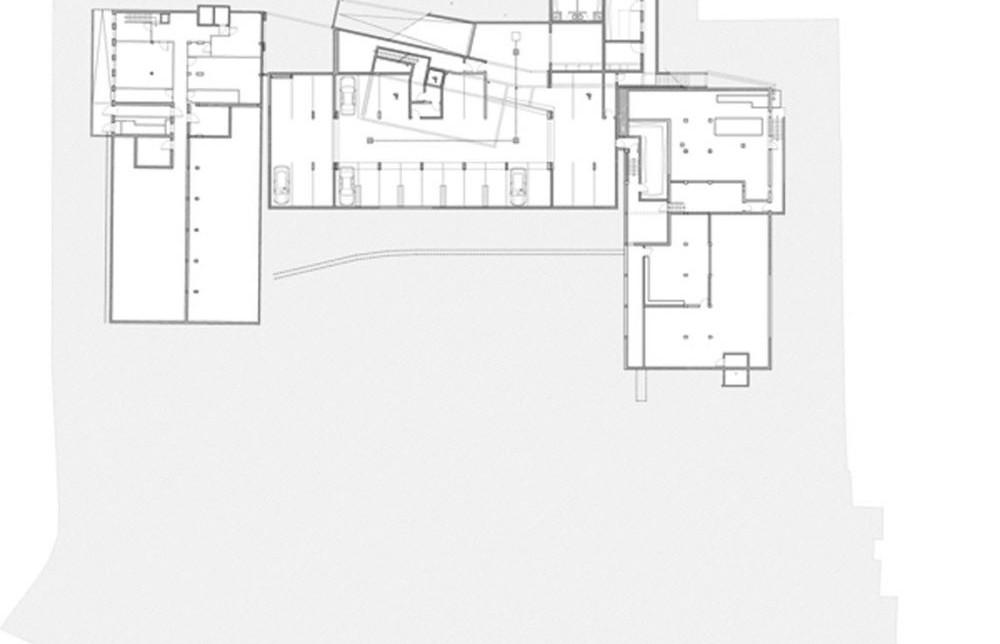 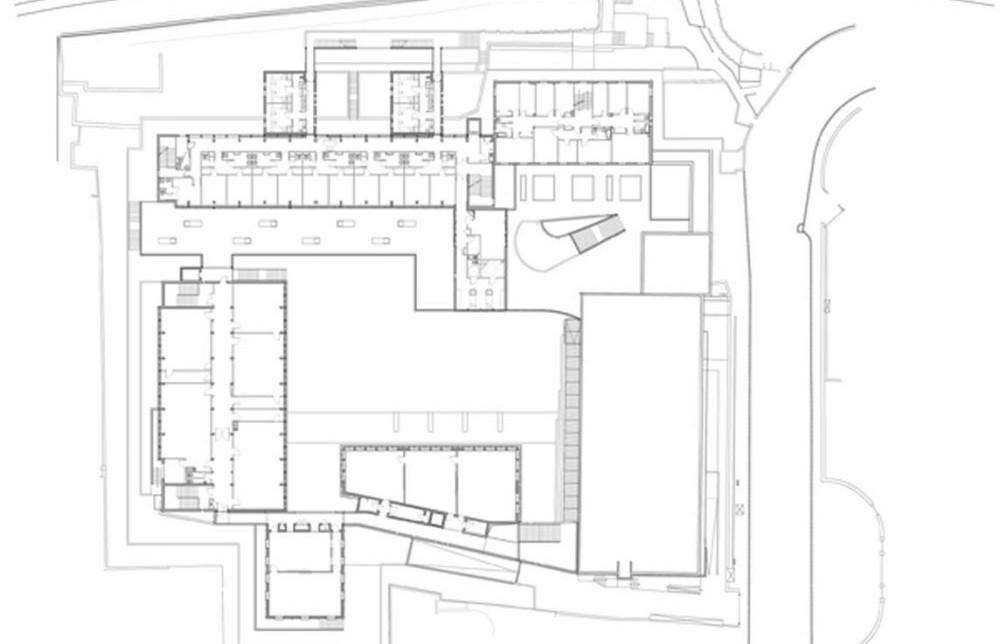 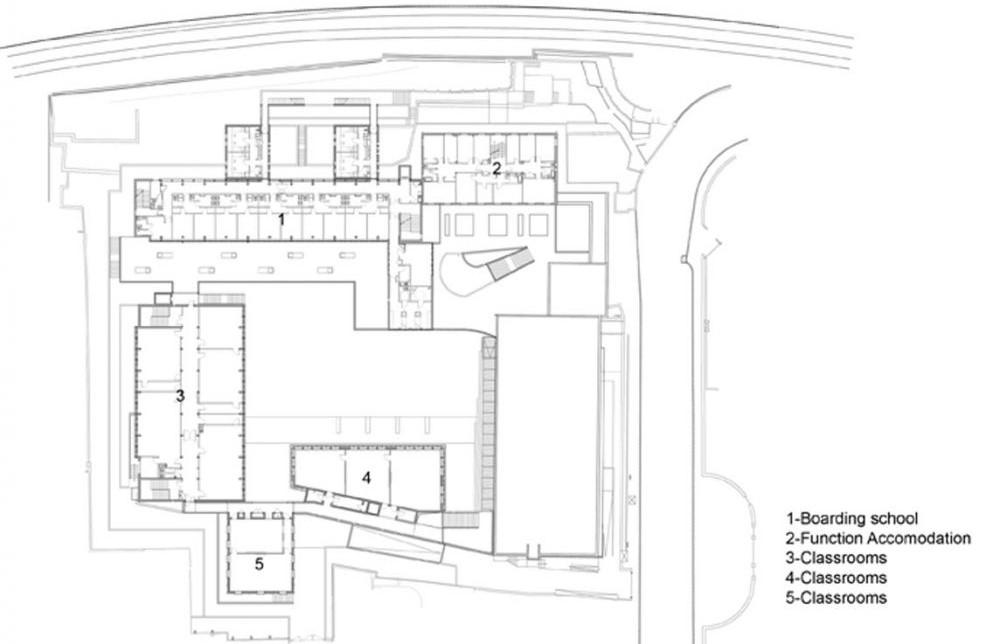 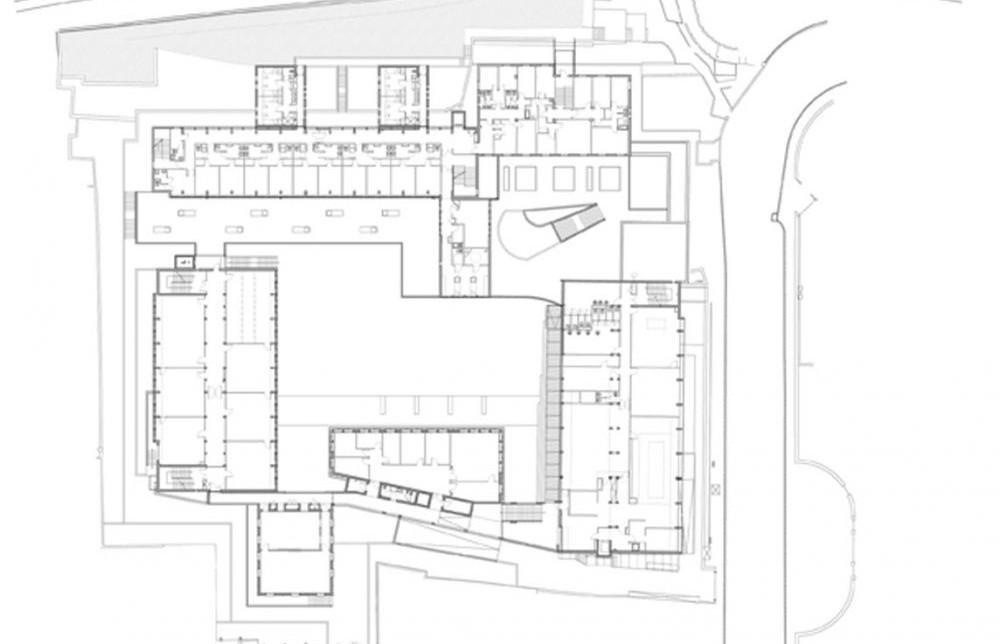 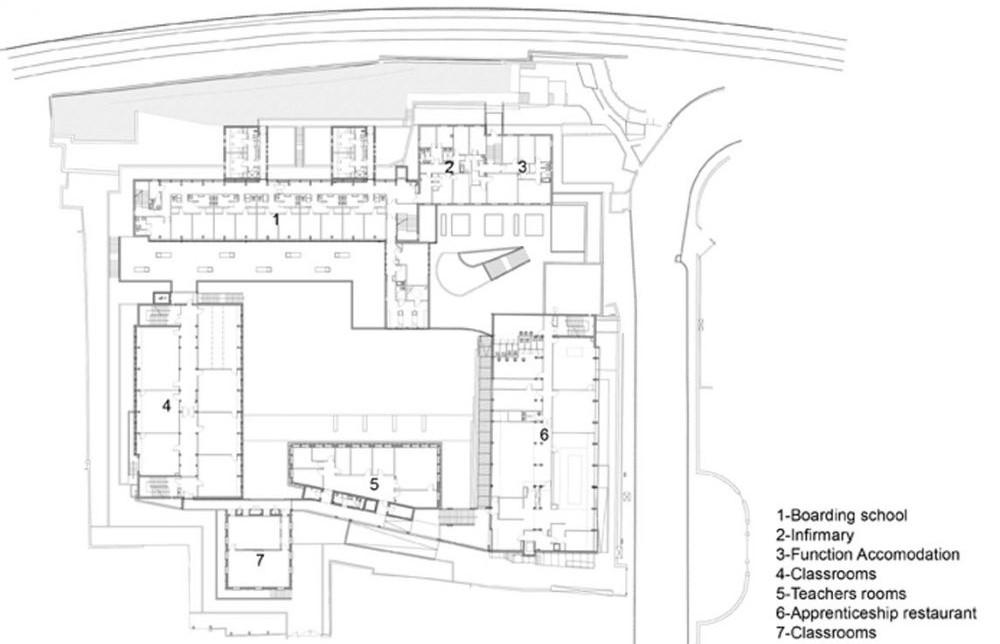 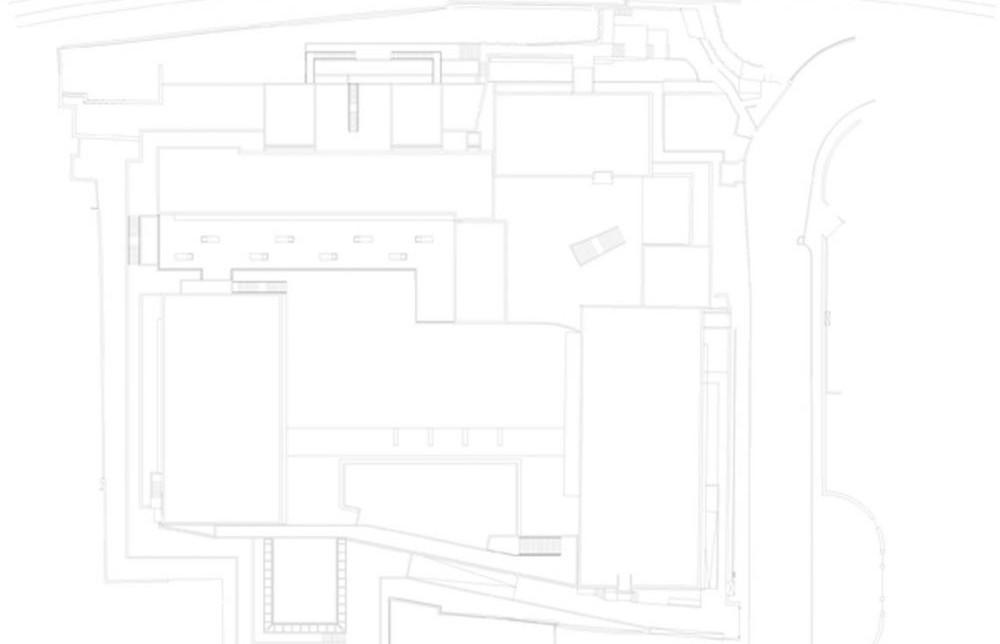 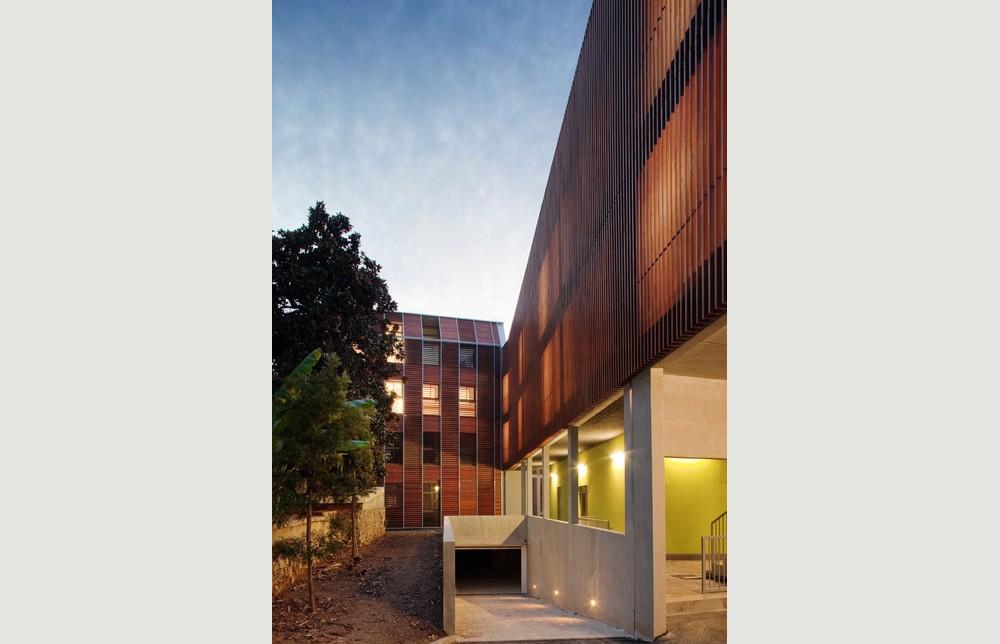 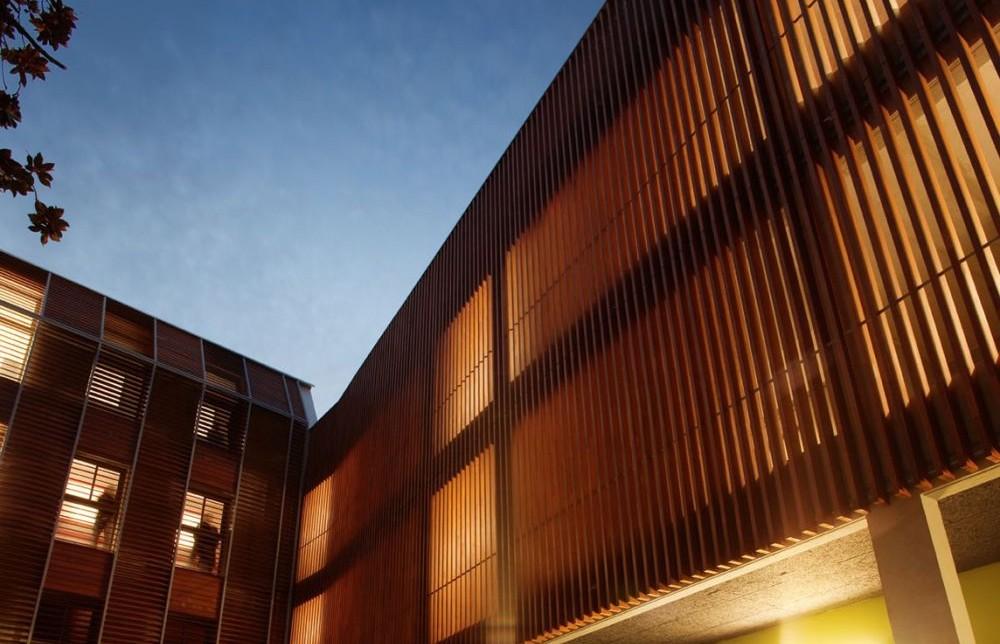 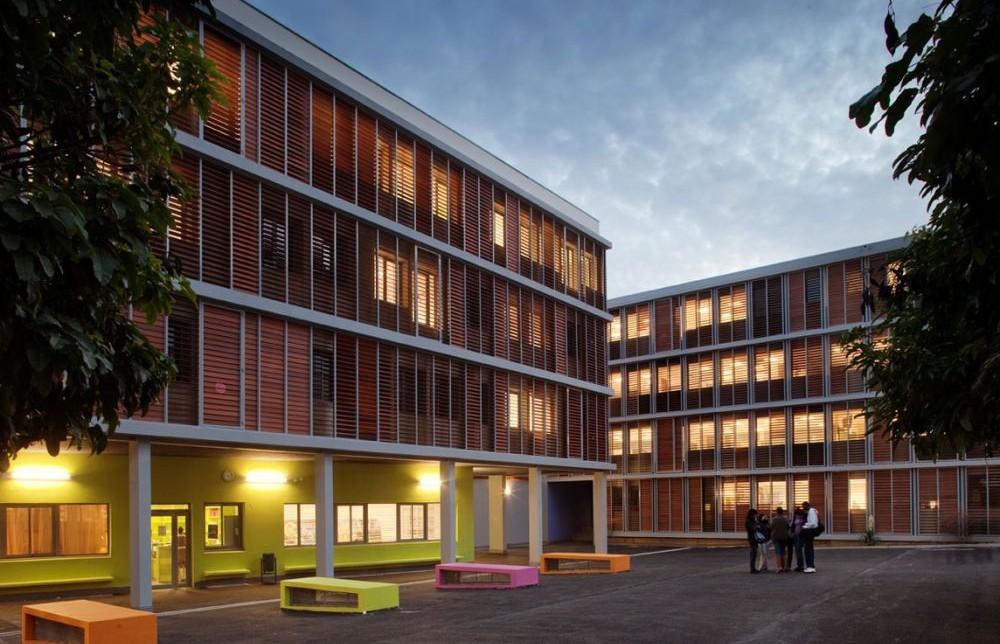 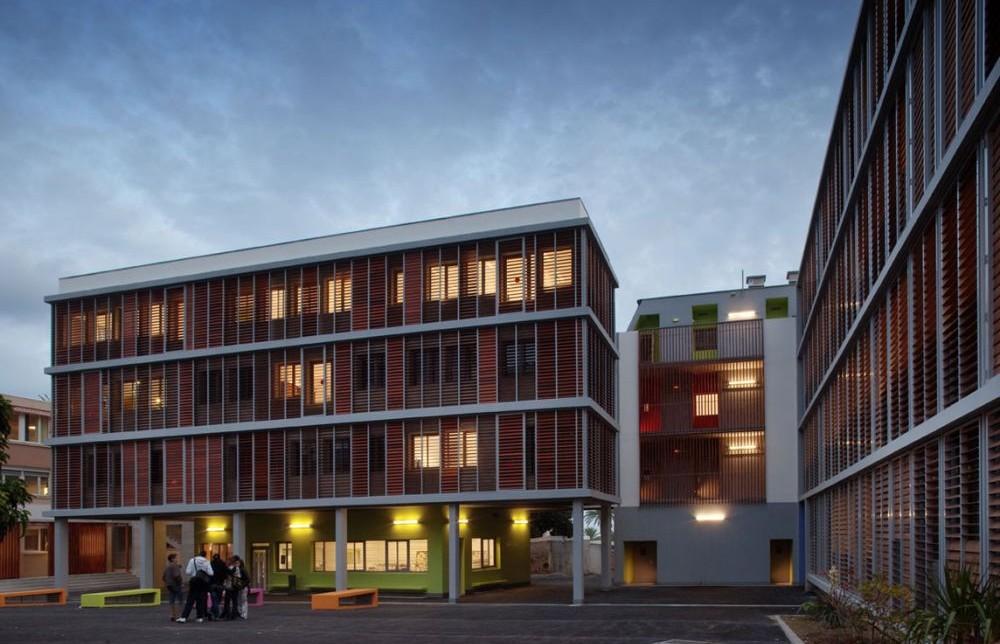 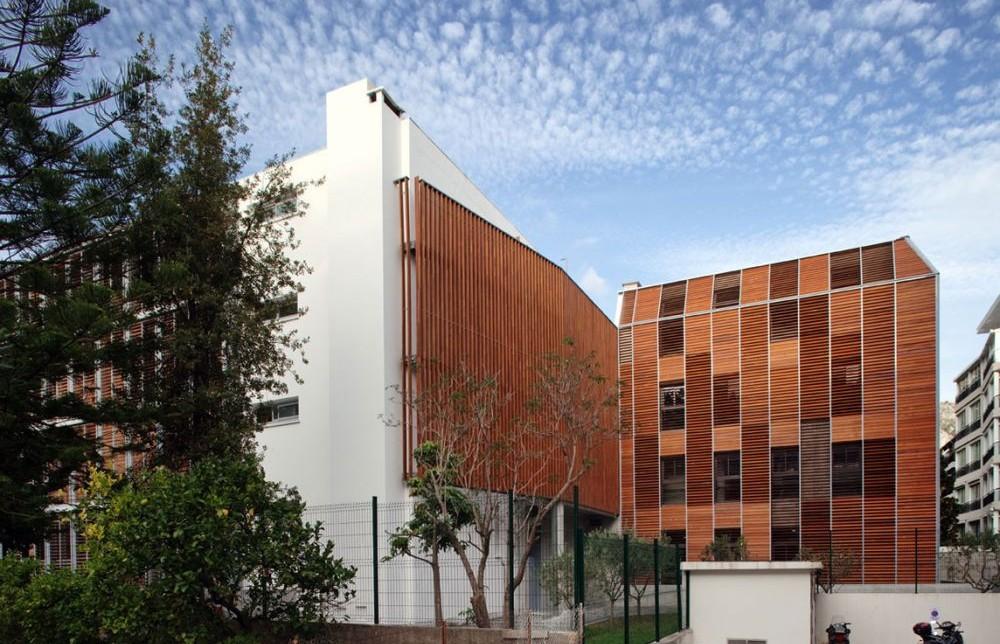 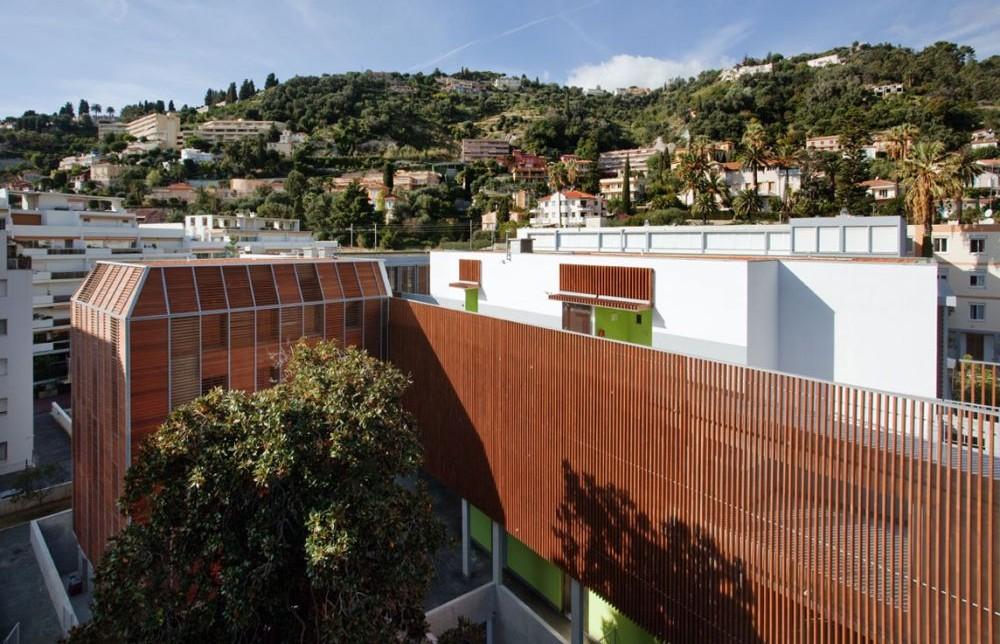 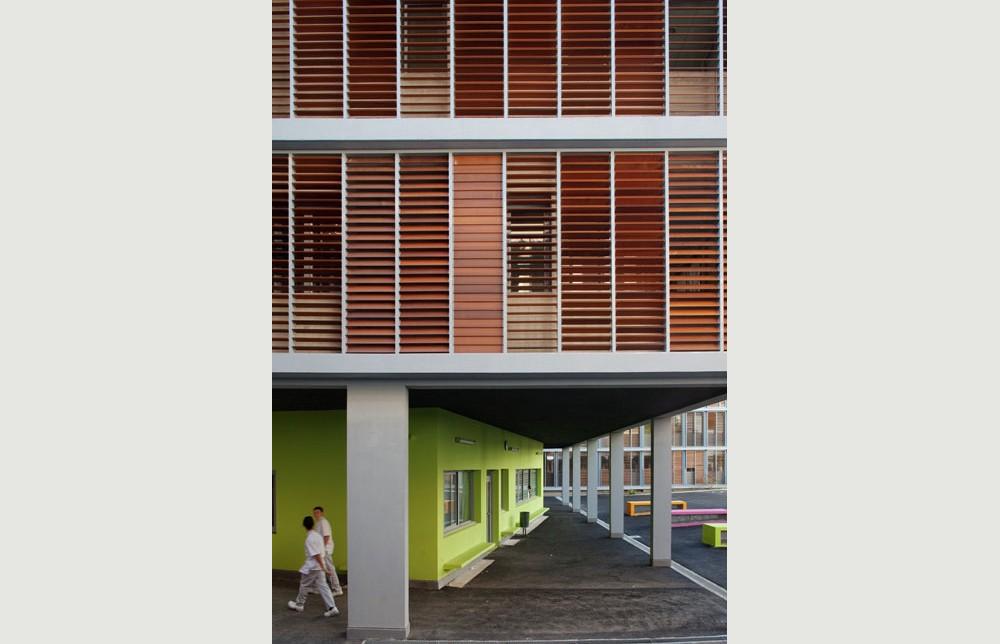 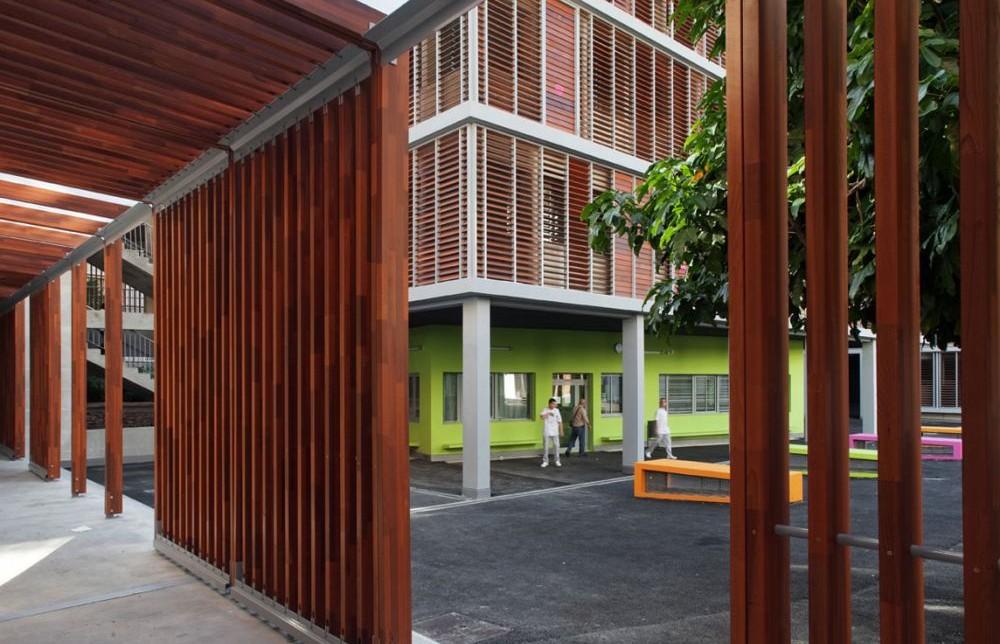 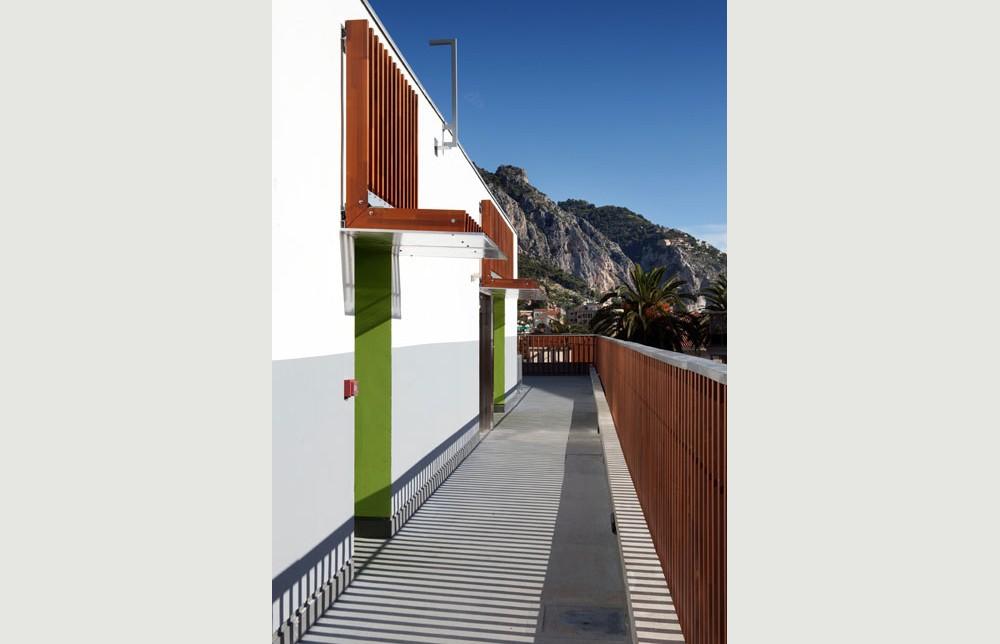 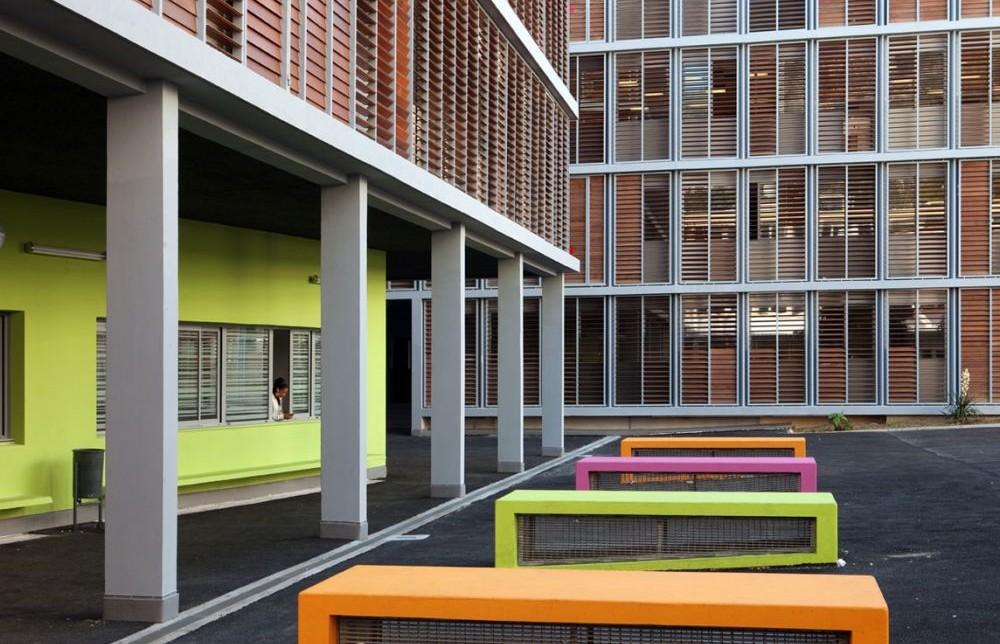 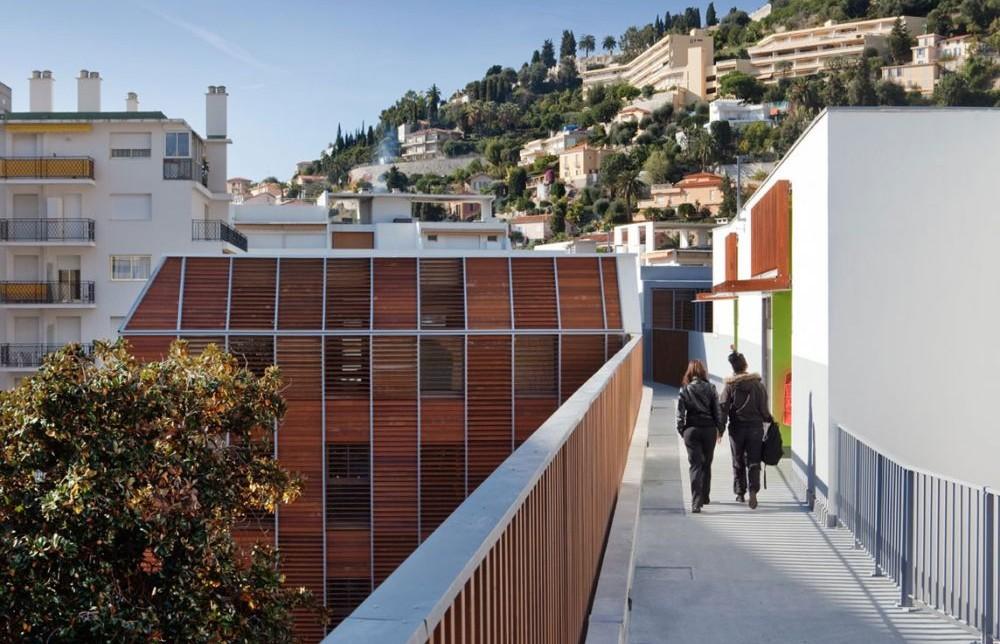 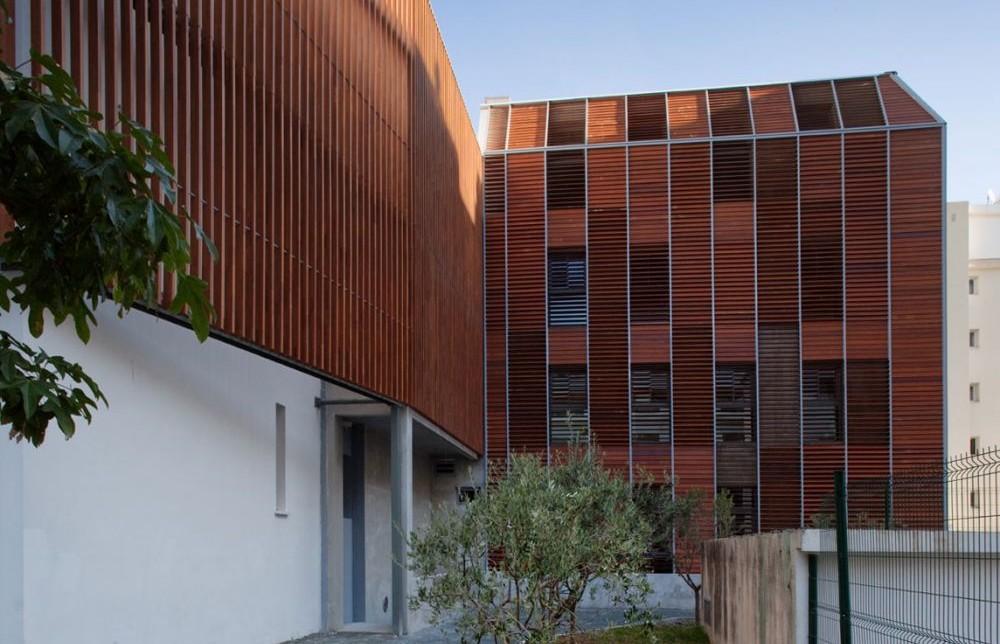 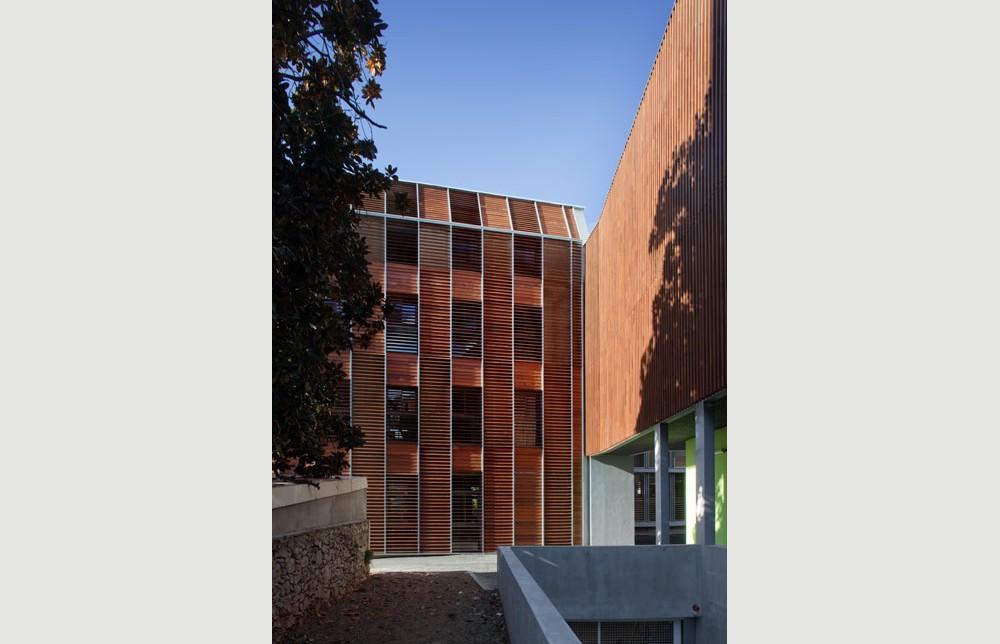 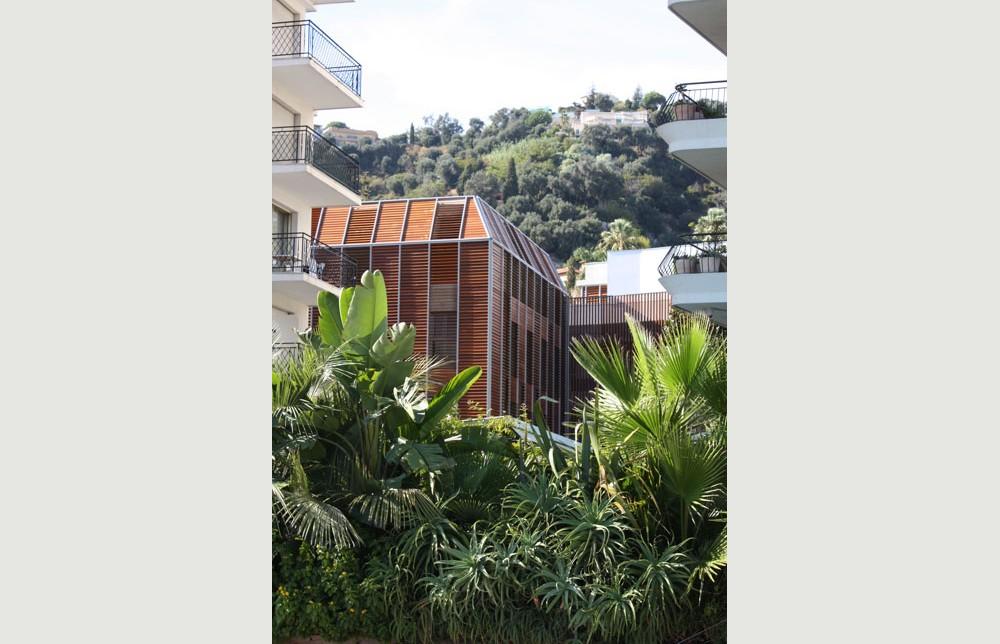 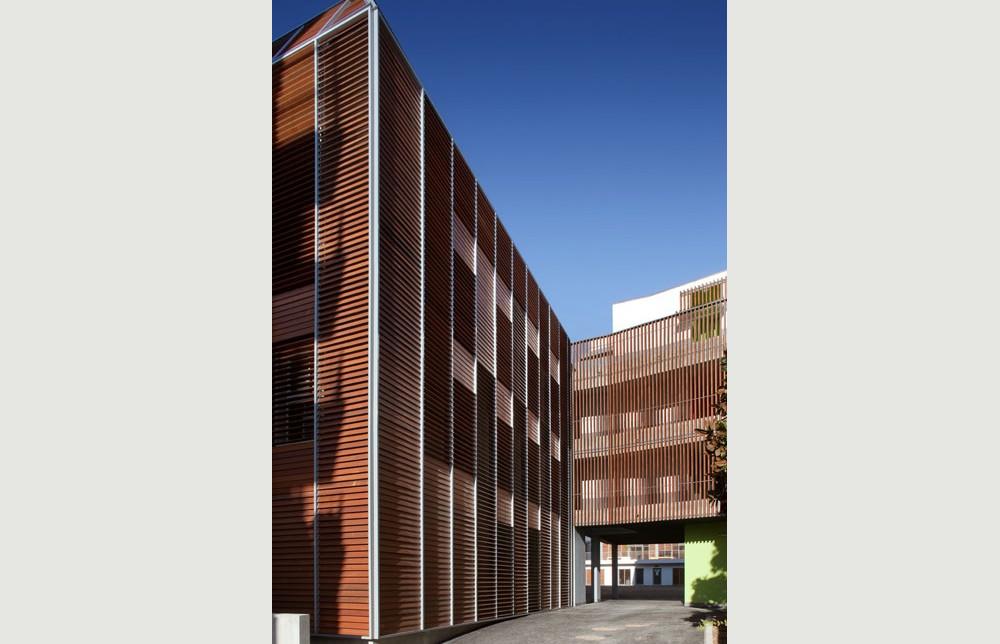 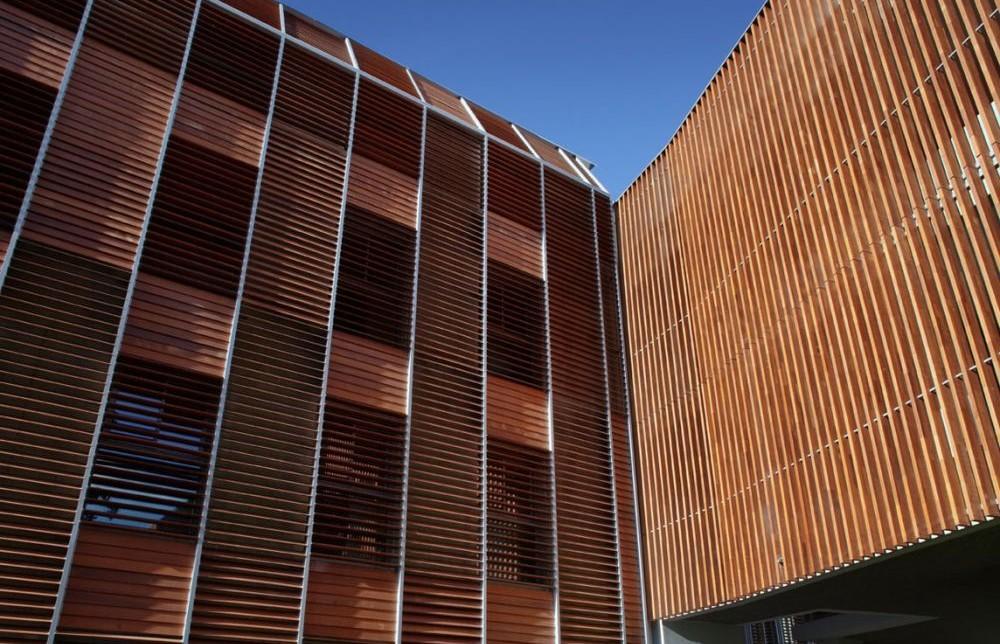 The project of restructuring and extension of the high school Paul Valeacute;ry in Menton is characterized by a
strong duality. On one hand a magnificent site between sea and mountain opened on a distant horizon and
on another hand by very strong constraints, bound to a very strong slope of the ground, the presence of the
railroad in the North very generative of nuisances, the exiguity of the available spaces for the extension,
associated with strict urbanistic regulations for the presence of the new buildings. The works led in busy site
were also a major stake in the device of construction of this project.
Strong about this contradiction, our first objective was to constitute a unity in the site which we
retranscribed by a spatial continuity 150; by buildings 145;s connection, in spite of the strong ground146;s
differences – but also visual continuity, to offer a real identity to this establishment. An only and
identical skin was established by breeze wooden sun, comes such a protective veil to wrap at the
same time the existing buildings and the new constructions.
The regulations in force and the cramped dimension of the plot of land left only not enough latitude as
for the setting-up of the extensions: in the South for the bound entities to education and to the North
for the boarding school. So, topography was one of major way of our reflection. In our sense, to invest
a site, it146;s to make a commitment in a new management of the built space, an indispensable and vital
management for future, but also to give substance to the space which surrounds it. This work on the
relief admits a minimum of reorganization of program to settle the different buildings and organize
spaces.
Diversified exteriors spaces, to offer new progresses, specific identical places, spaces of meetings by
respecting the nature of the site.
A coherence in the site in respect for an environment. The setting-up of new buildings tries to protect
and to contain the possible nuisances led by the high school: where from the creation of a ” building
screen ” in the South of the plot of land to filter the activities. The specific work on this screen, but
also the constitution of a new skin in venetian blinds wood aimed at two major objectives. The first
one, to set up a visual unity, but also to assure a thermal comfort bound to the solar protection. Also
green roofs were settled on buildings always in this double objective of constitution of a unity, but also
not to damage visually the environment, and then to answer a thermal improvement of built existing.
What imported us, here it was that the sustainable development question is an awareness of the common
sense and the constitution of places pleasant to live and having the strength to join in the time.
I certify that this credit list is correct.