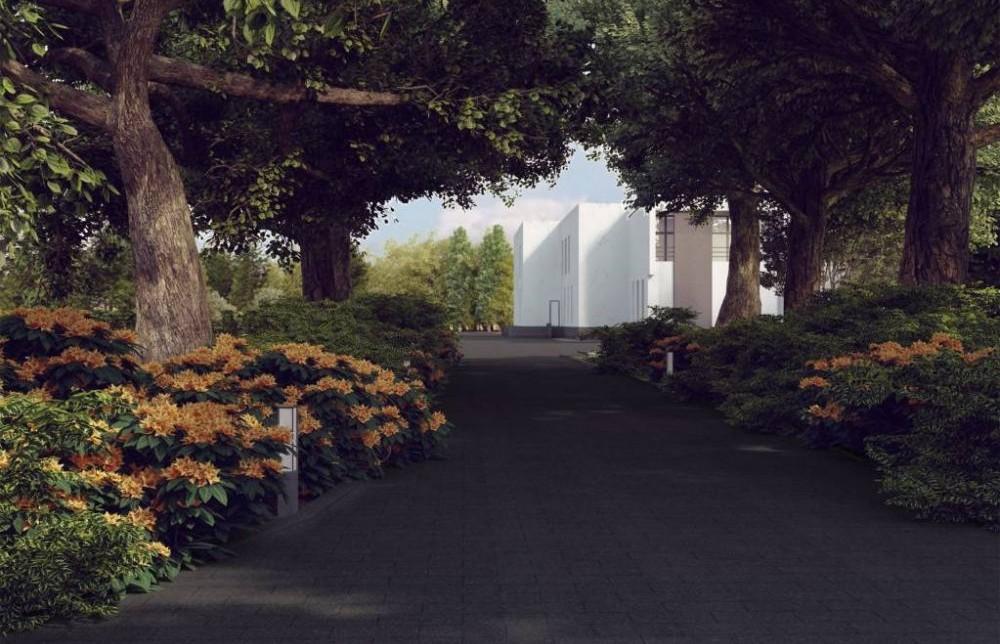 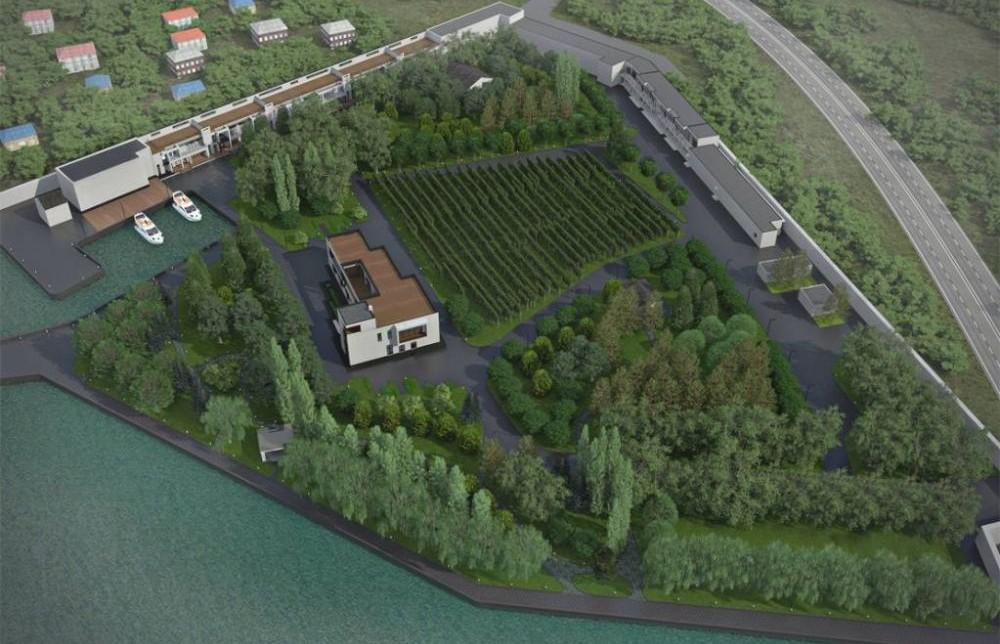 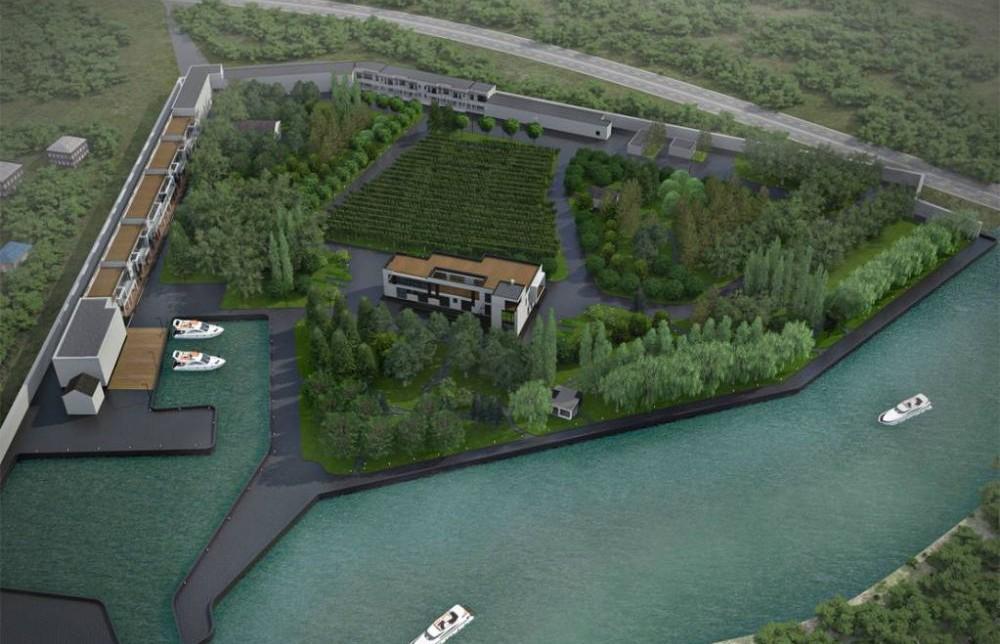 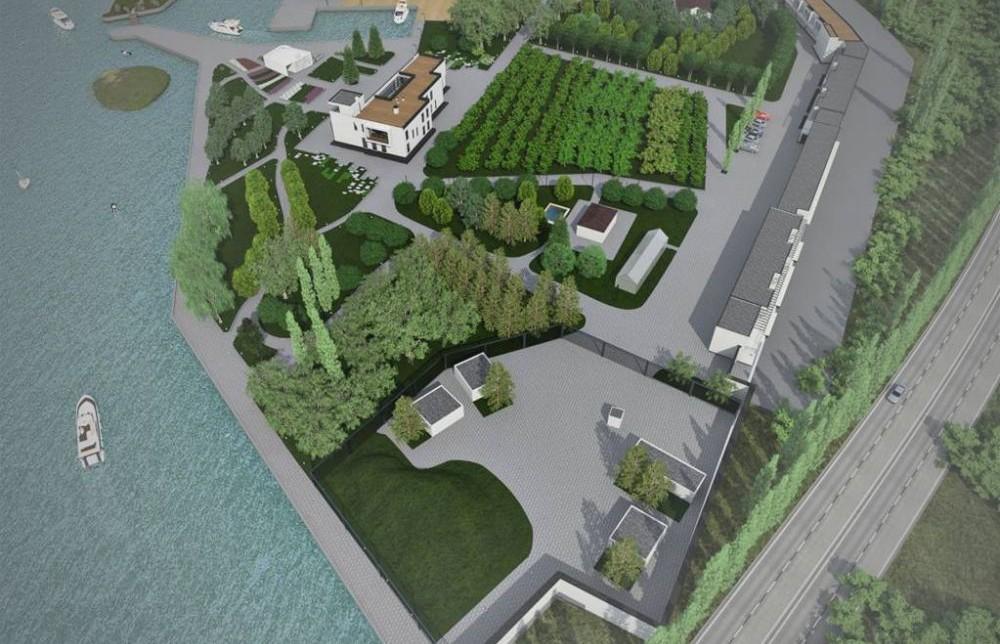 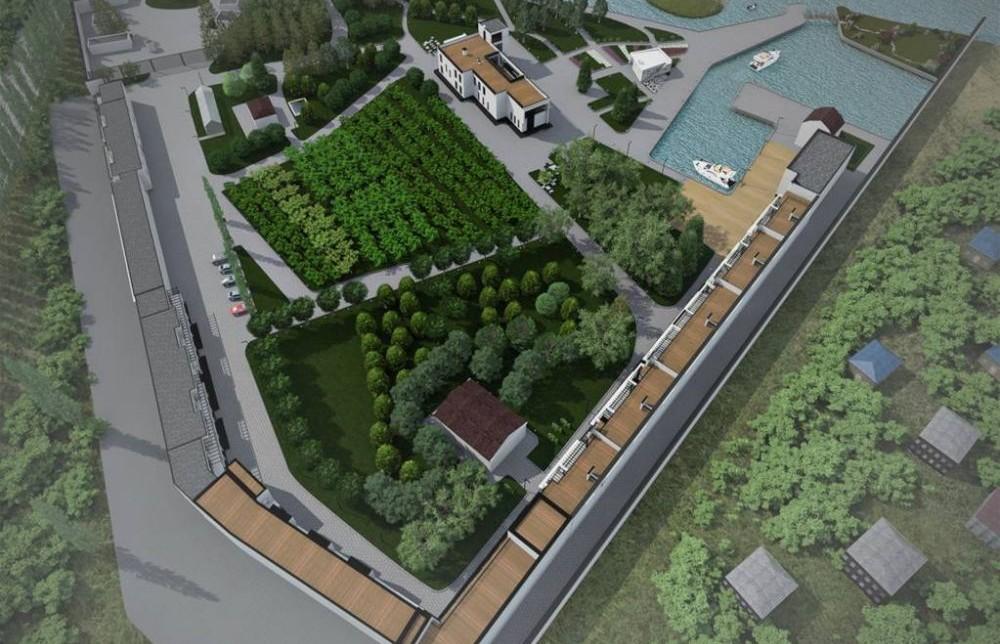 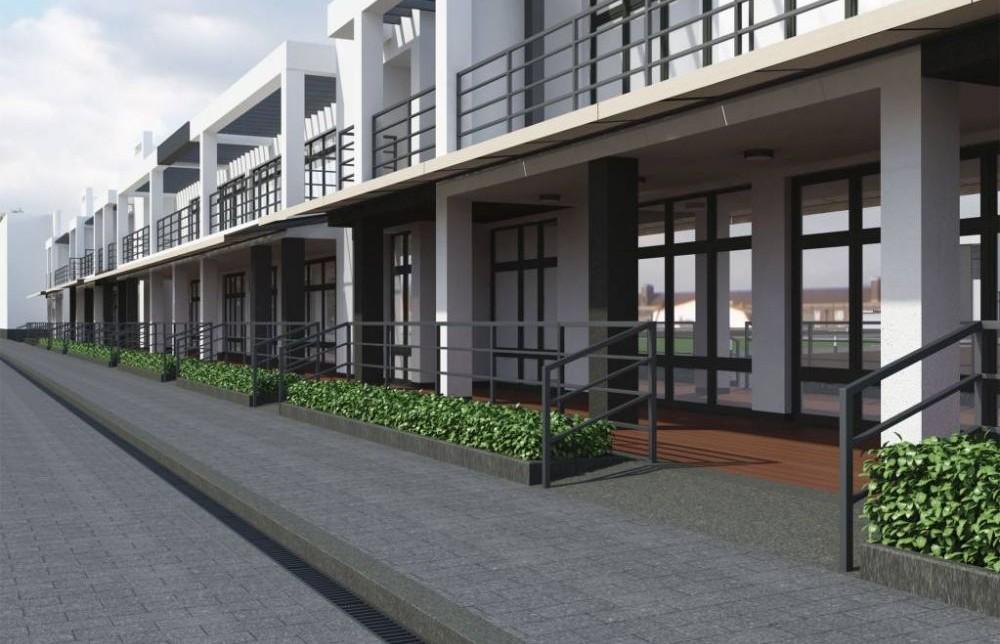 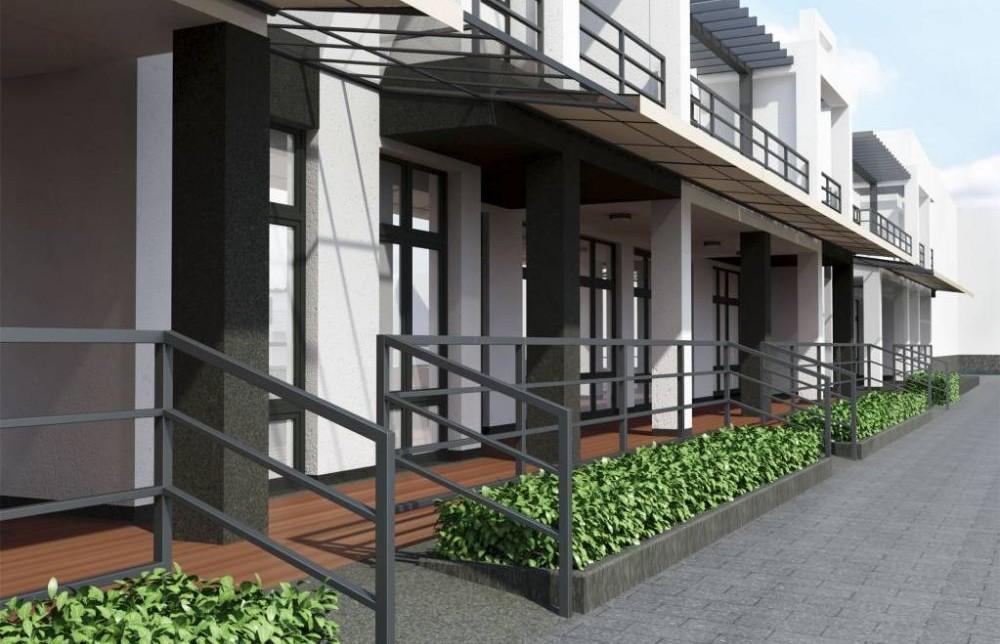 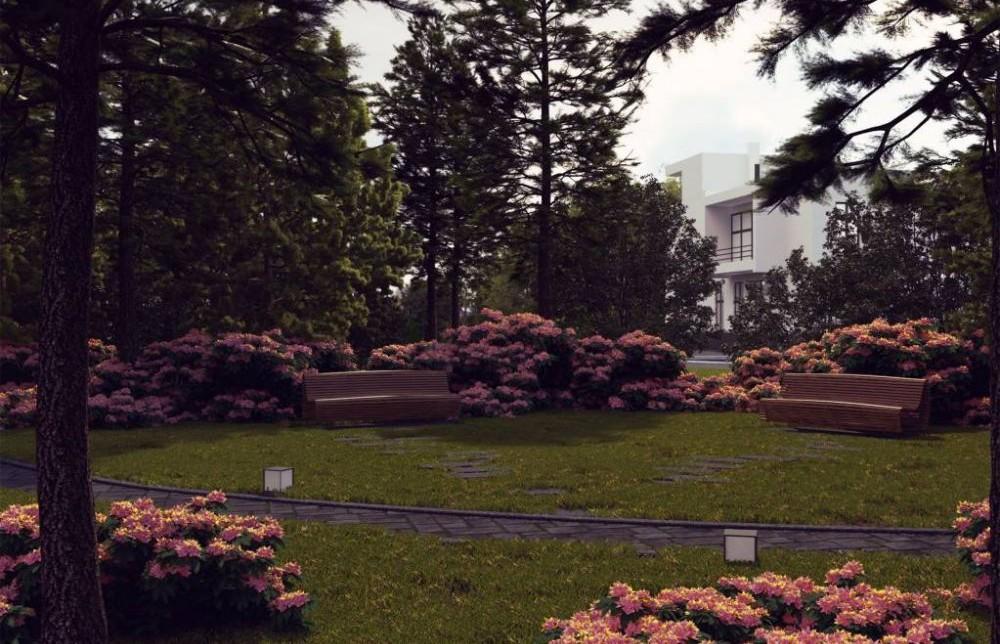 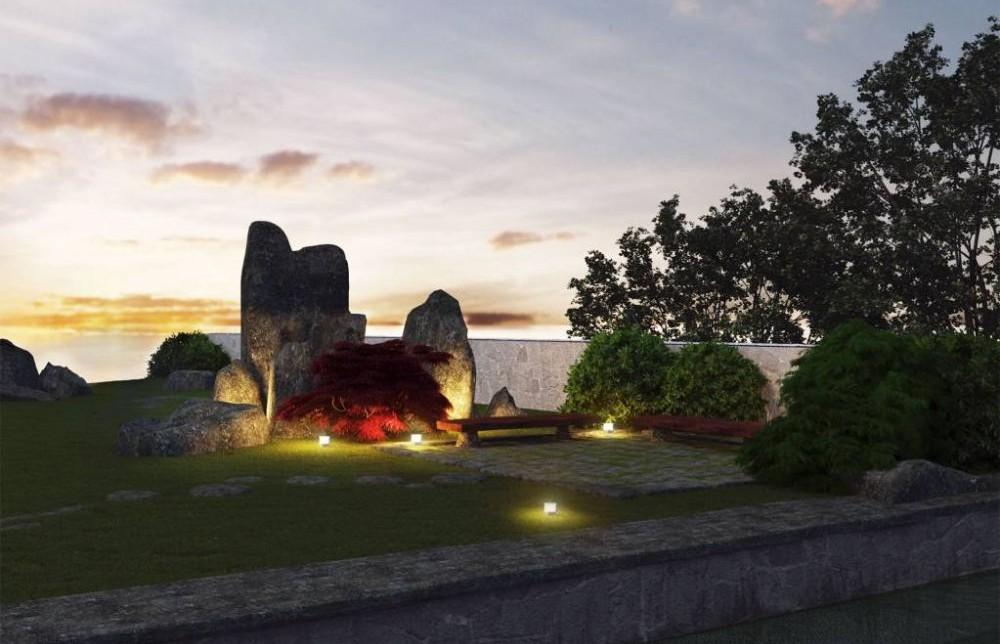 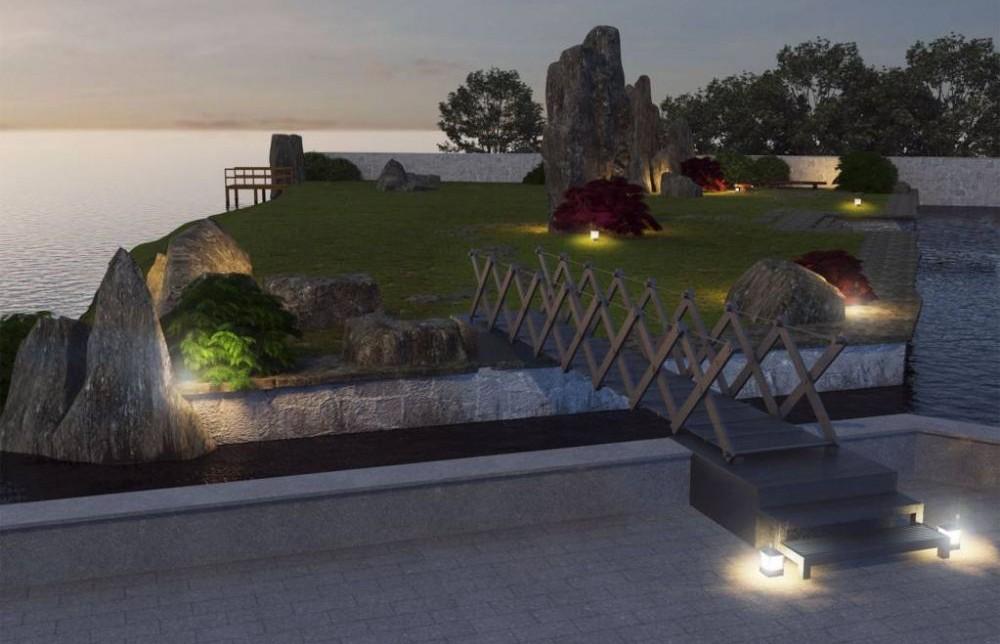 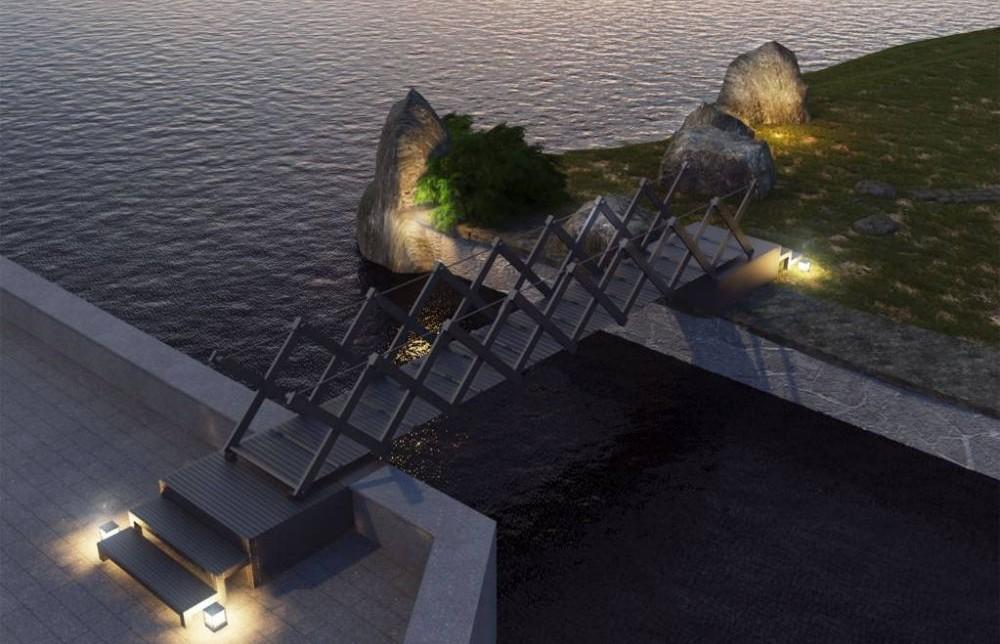 Concept of Improvement and Landscaping of Territory within Countryside Complex in Peresyp Town, Krasnodar Region, Russia

The land plot with gross area of 4.5 hectares is located on the Coast of Azov Sea, in Peresyp village of Krasnodar region.

Natural northern border of the site is the coast of Peresyp Girlie, and the site built up with premises of the hotel complex from the south and east. The central place is occupied by main building, which facade is disclosed to the sea. There is a young orchard on the backside of the main building. Technical facilities are grouped in the south-western part of the site.

The complex has three entrances:

The territory is divided into 2 zones:

1. Forest-park zone, where different types of conifers and deciduous trees are planted, natural to the given region and climate zone.
2. The frontal zone, opened to the sea.

Area near the main building and the paths coming out of them, are grouped as a unified colorful parterre, leading to the sea and Japanese garden. Volume part of the parterre is the summer pavilion, consisting of soft and dining areas with a barbecue grill and portal-passage to the sea.

On the peninsula, at the entrance from the marina side, there is a garden of stones, set on the basic rules of traditional Japanese gardens that lead to solitude and contemplation of identity with the natural landscape.

“The Garden has two major components, complementing each other, and which are impossible without one another: they are “Yin – Yang” of the garden, a negative and a positive start, on interaction of which depends life itself. There are water and stones in the garden, its “blood” and “skeleton””*. In this case, water is represented by river pebbles. “The stones are divided by shape into five types: the statue, low vertical, flat, lying, curved. The primary and secondary groups are designed out of them. Center of the composition is the selected main stone, which turns into the module of the entire garden construction. It forms a triad (similar to the triad of idols in the Buddhist temple)”* with the two smaller ones. With regard to landscaping, Pitsynda pine tree is planted in the garden (“favorite plant in Japanese gardens is a pine-tree, a symbol of strength and longevity,”*) with a typical horizontal direction of the branches, spherical acacia and, of course, a Japanese maple with red leaves.

In the parterre area the flower beds are arranged from annuals (petunias, alissum, tagetes, calendula, sage, etc.) resulting in a colorful carpet blooming from June to September, which in its turn may be different each year.

Much attention is paid to the selection of trees and shrubs. The park should retain its beauty all year round, which is regulated through the undergrowth: evergreen shrubs (juniper, arborvitae, euonymus, boxwood) are planted close to deciduous trees, and flowering shrubs next to the pine (rhododendron, spirea, Japanese quince).

Alley of weeping willows is along the bank of the river.

Next to the fruit garden, greenhouses are located.
Granite stone blocks and slabs of sawn granite are selected for the tracks.

Lighting of the site is divided by the following criteria: