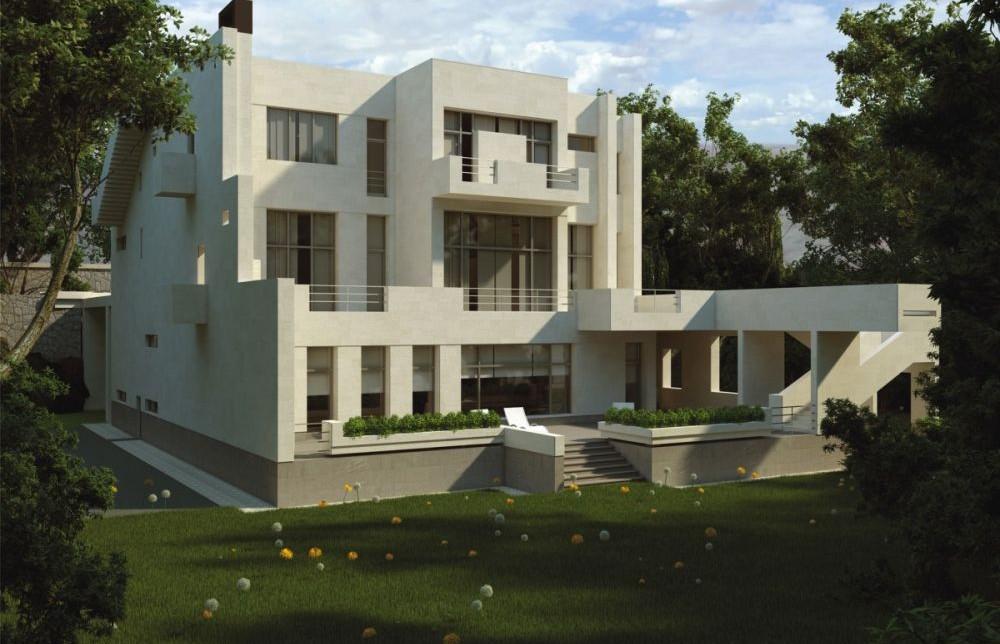 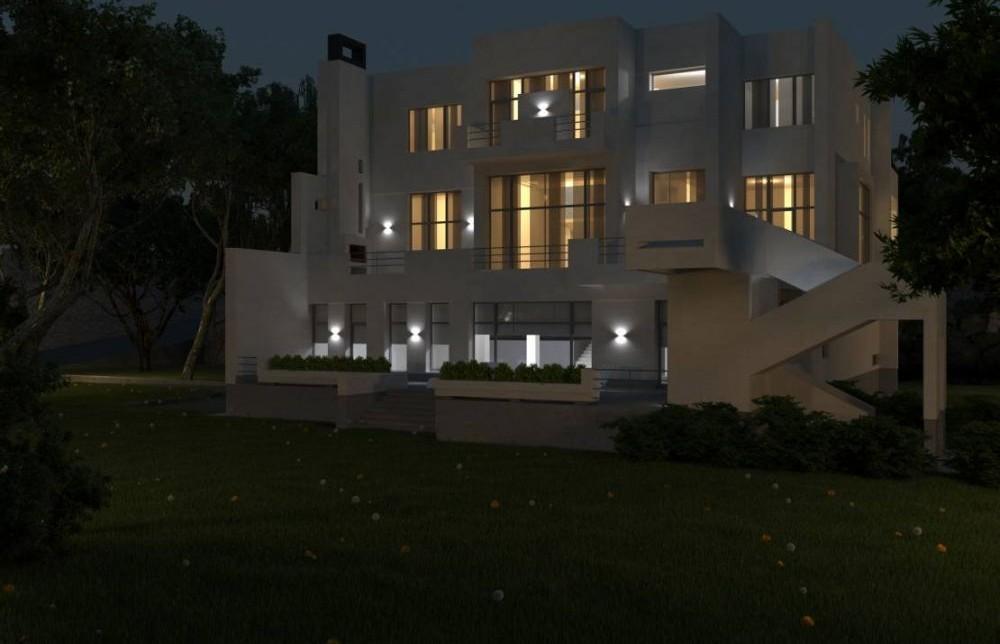 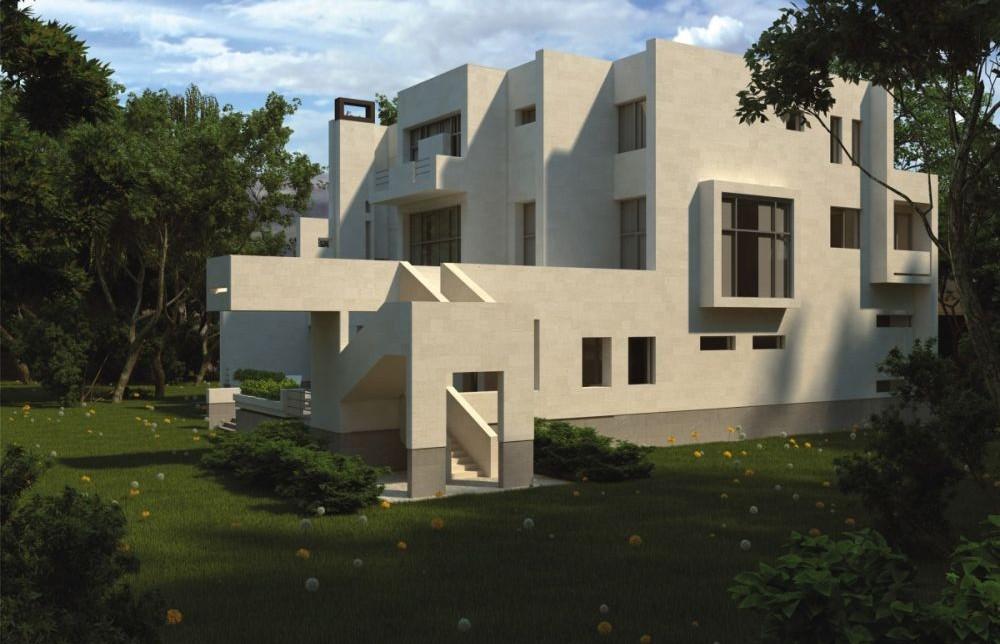 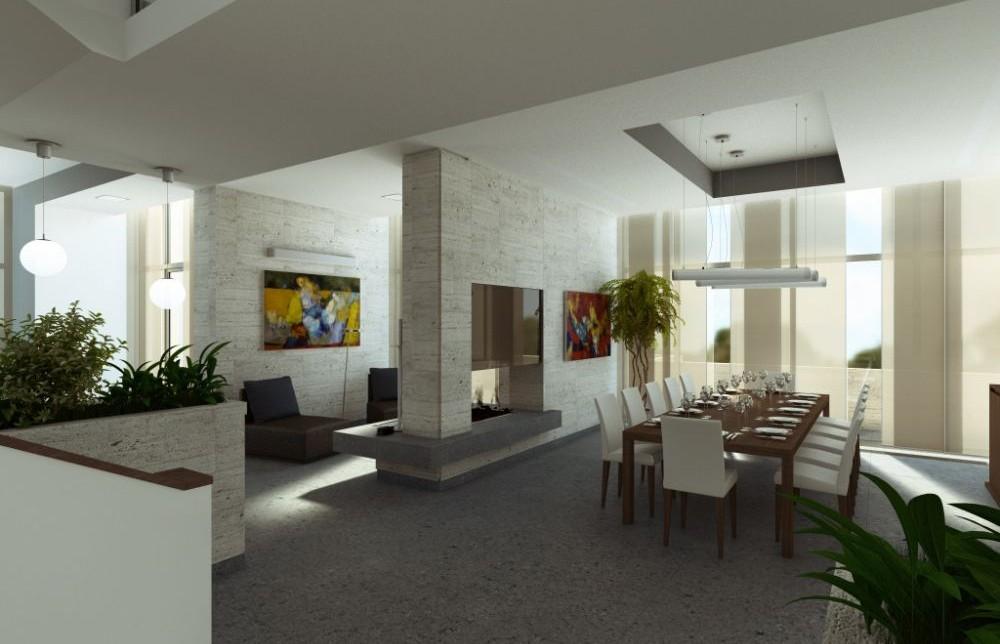 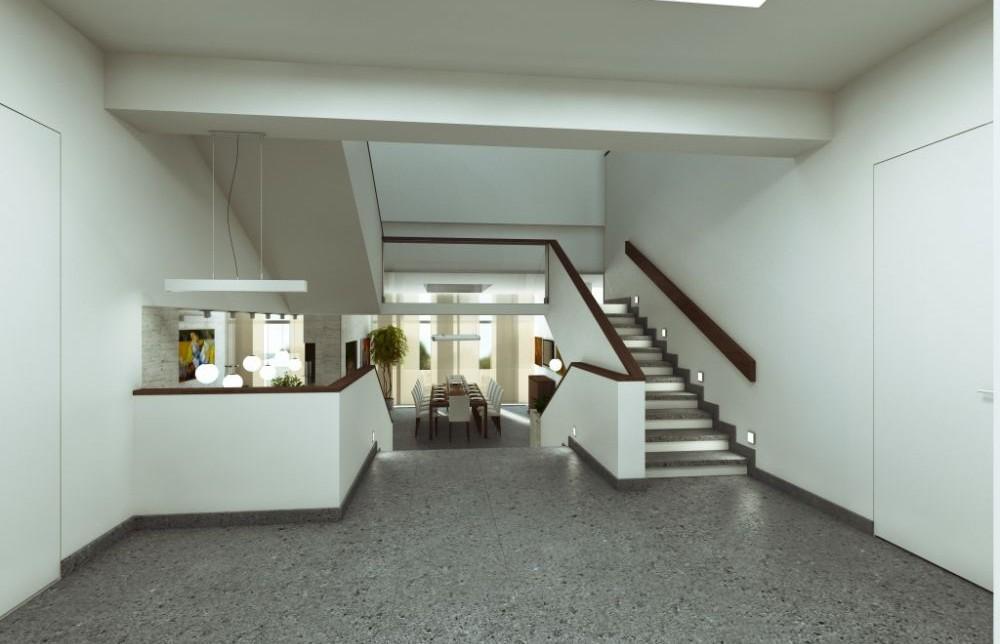 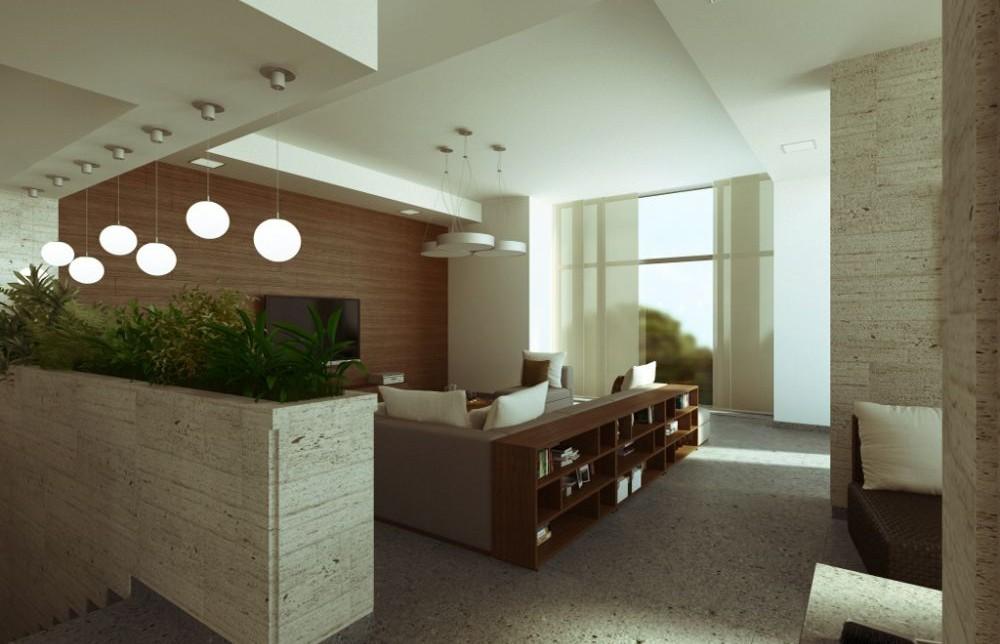 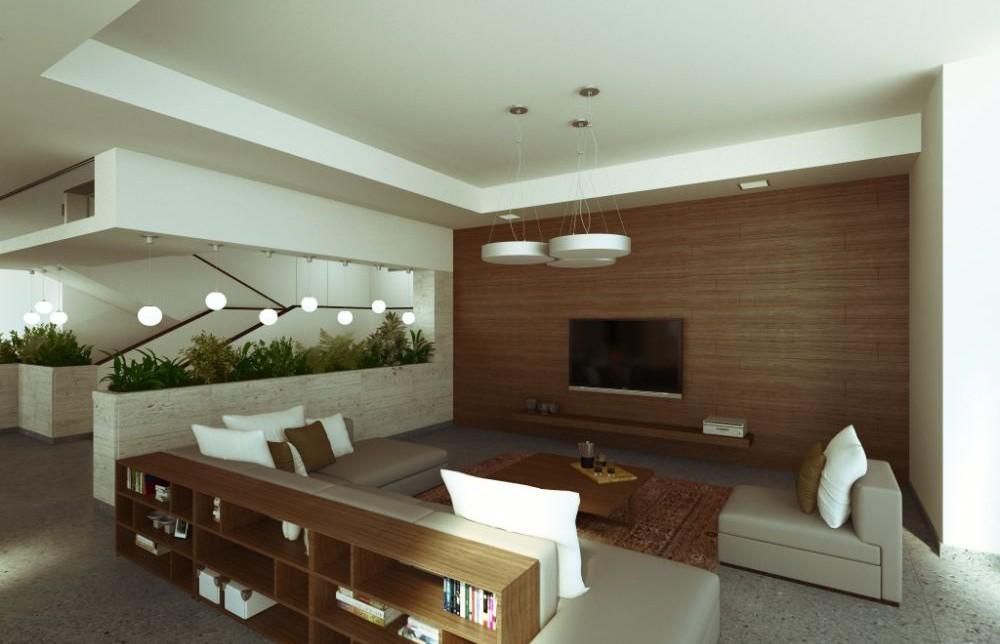 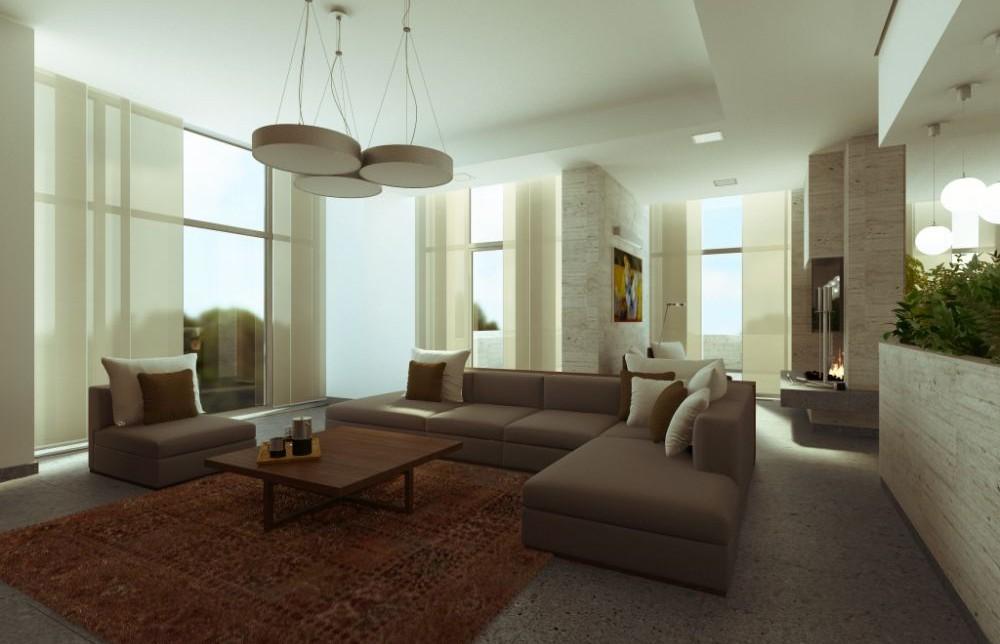 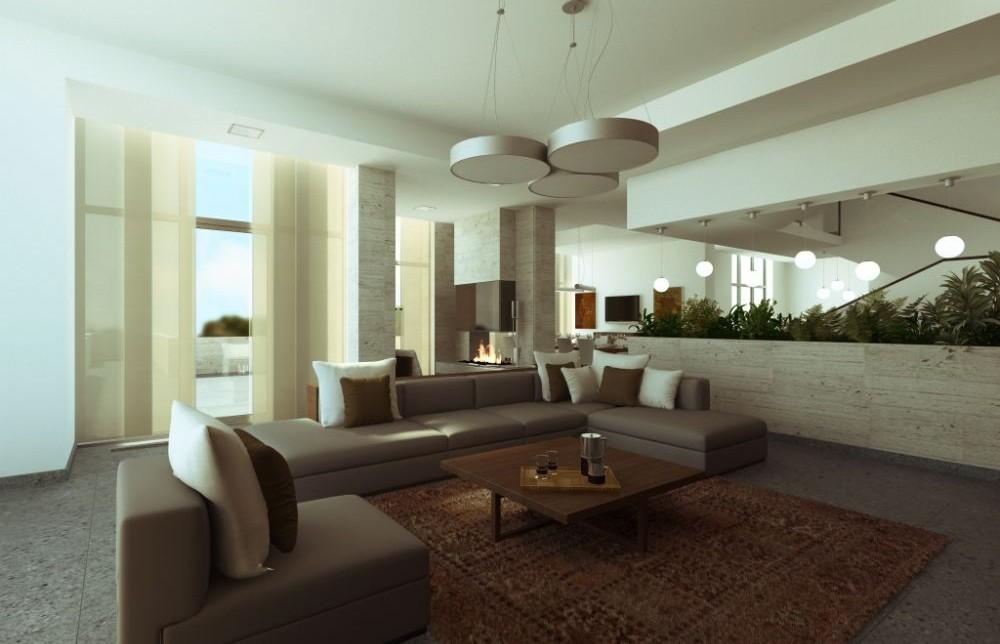 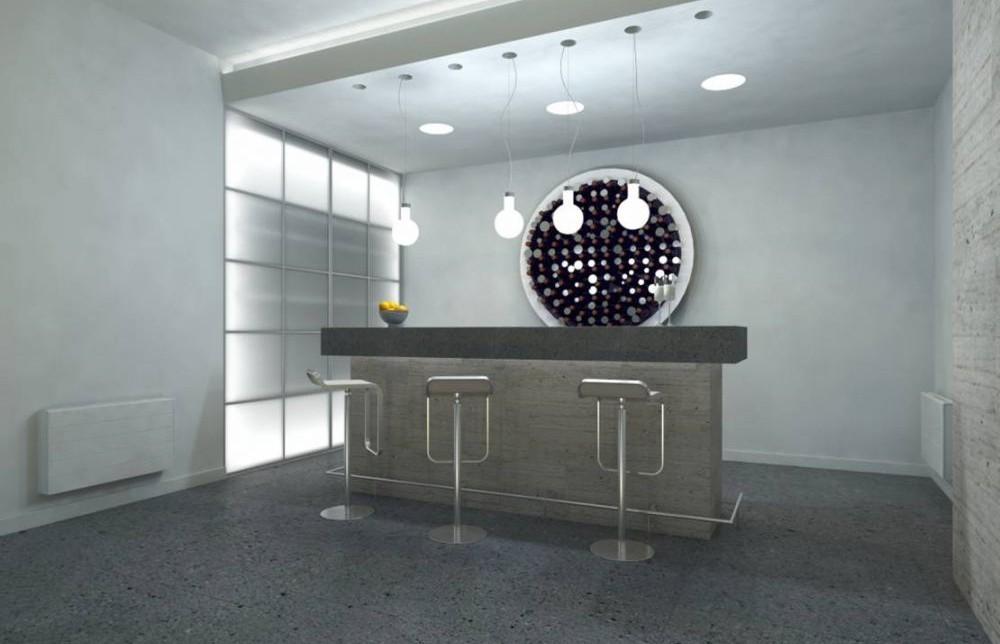 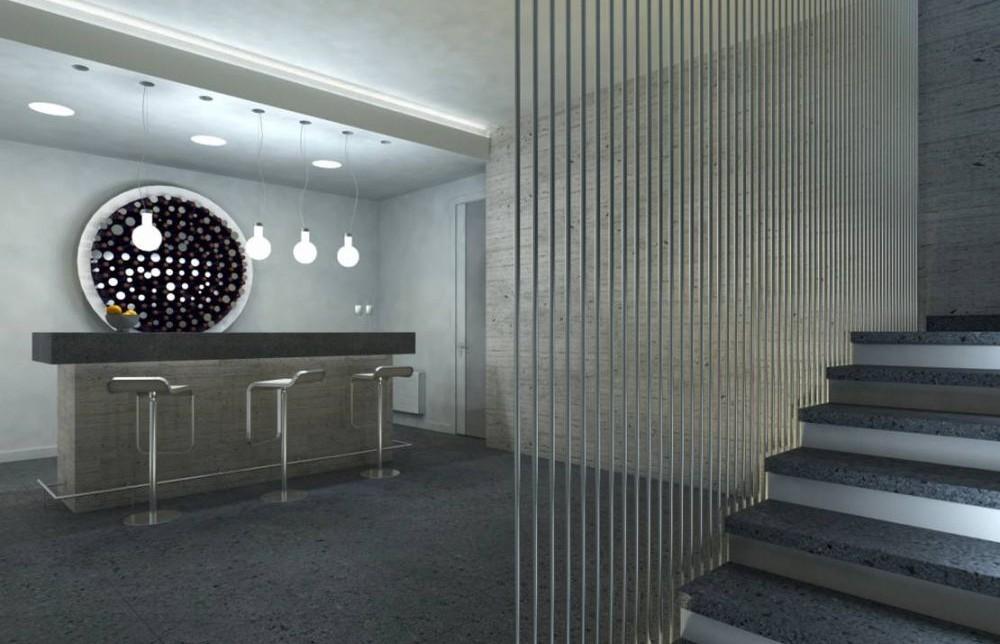 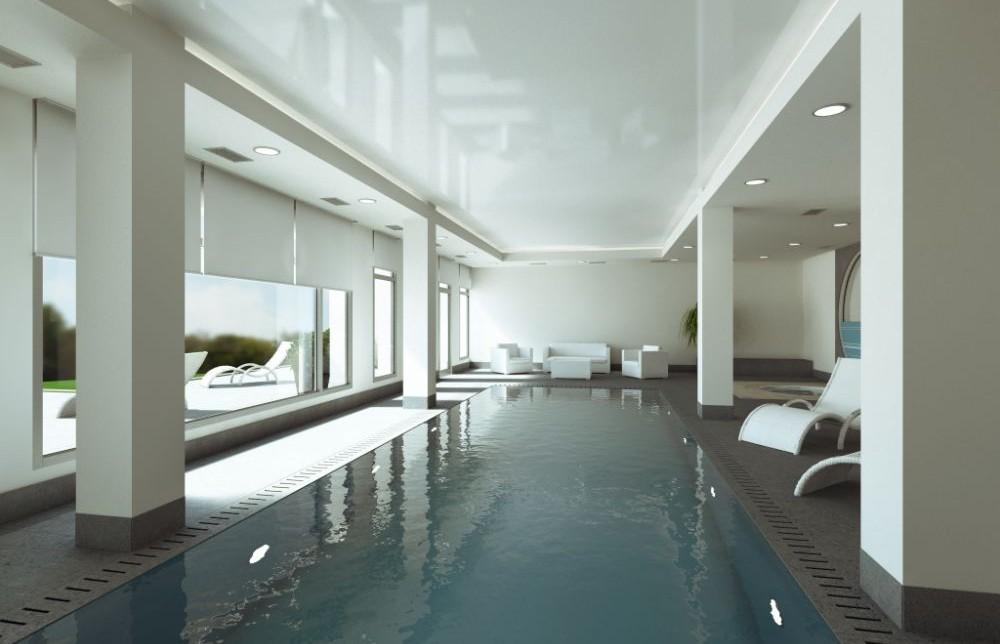 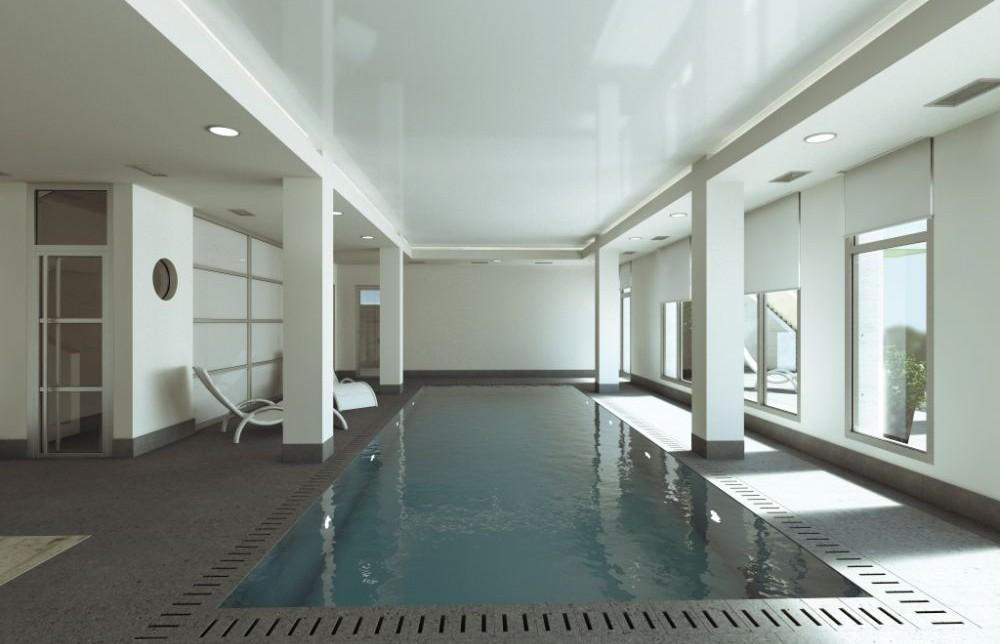 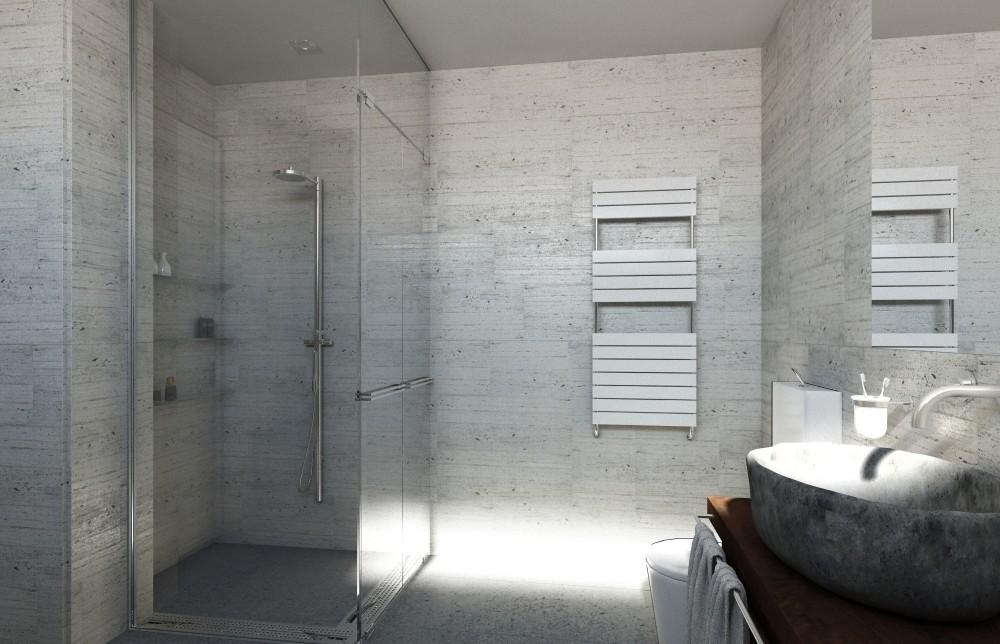 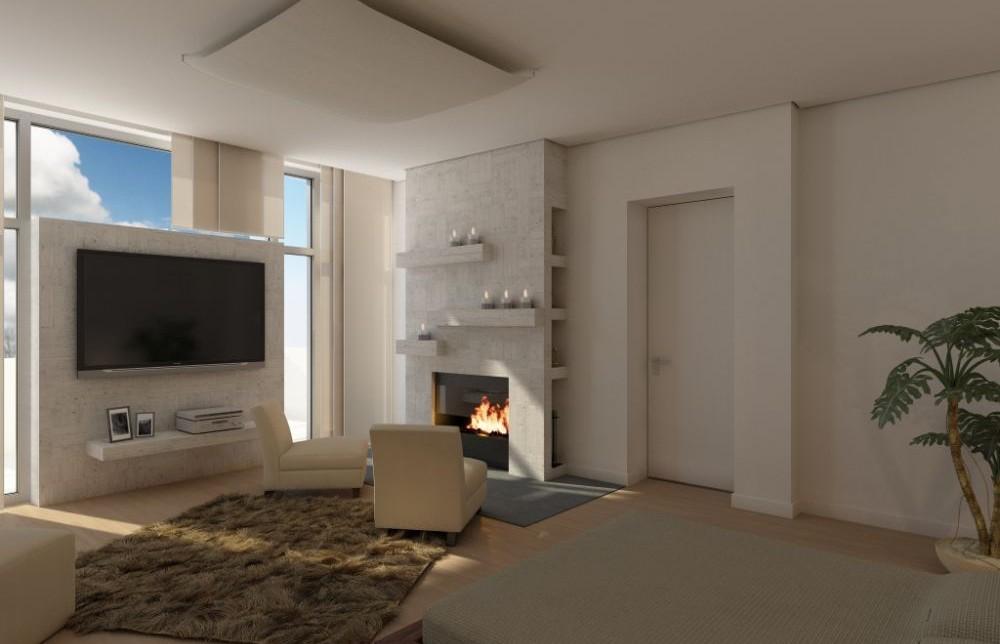 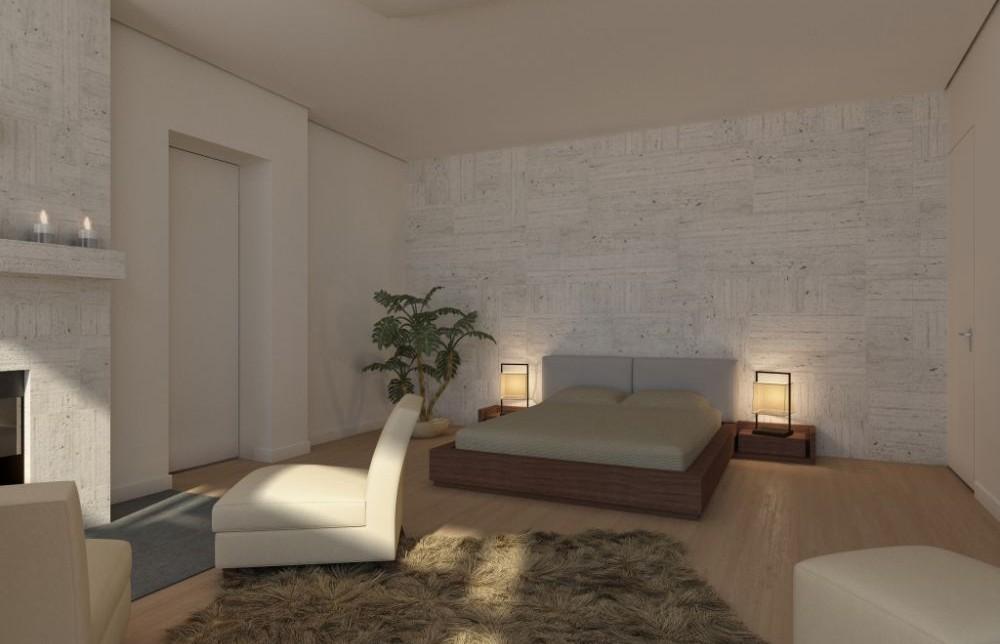 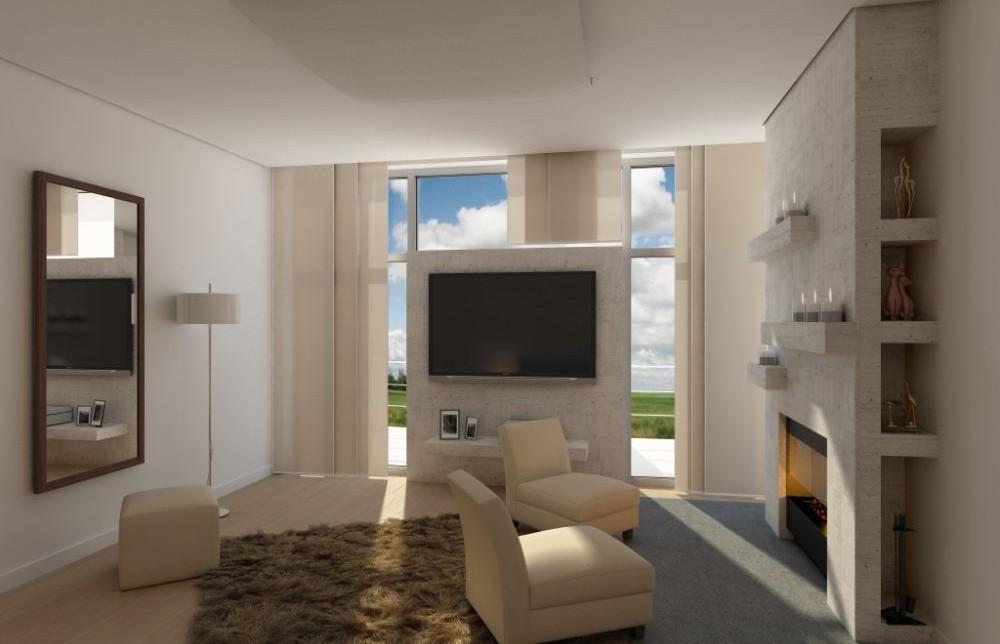 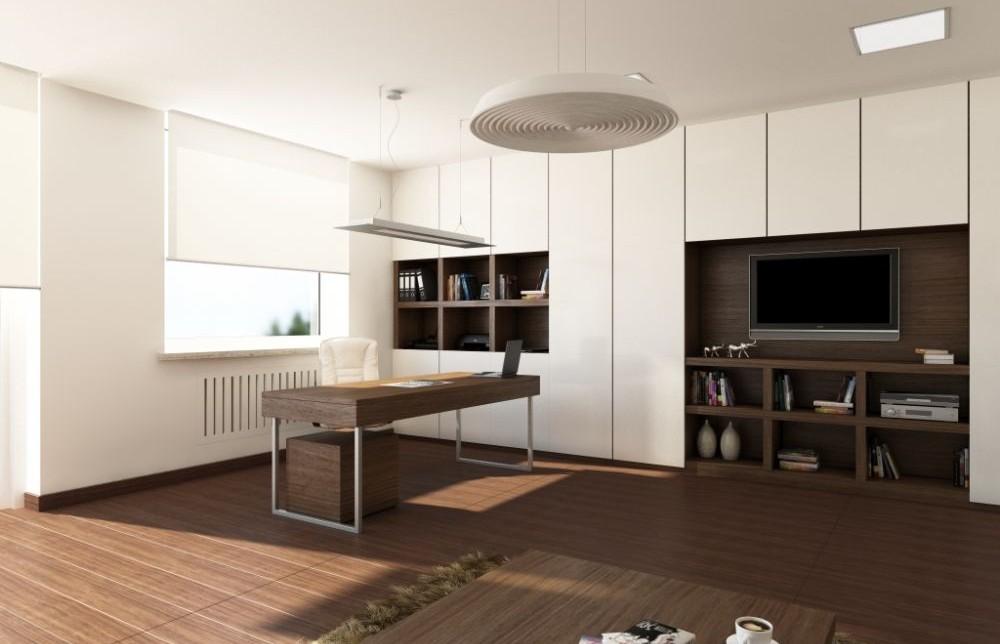 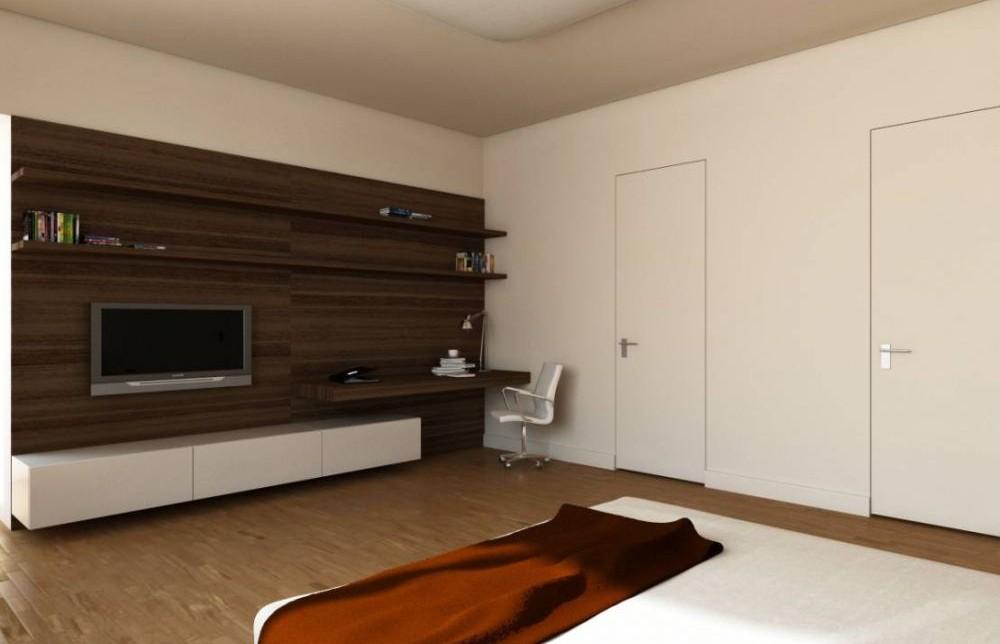 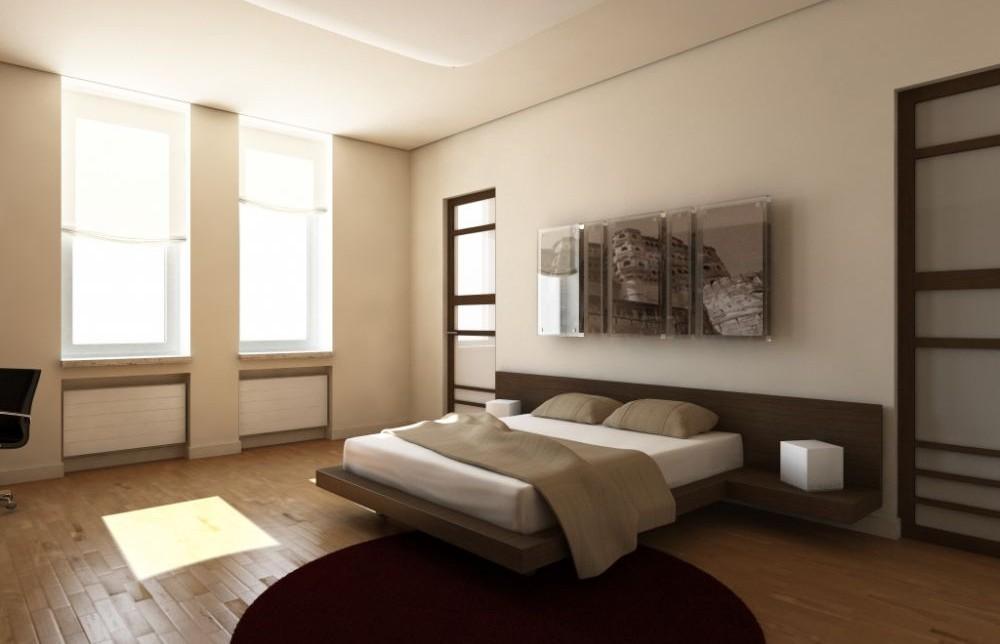 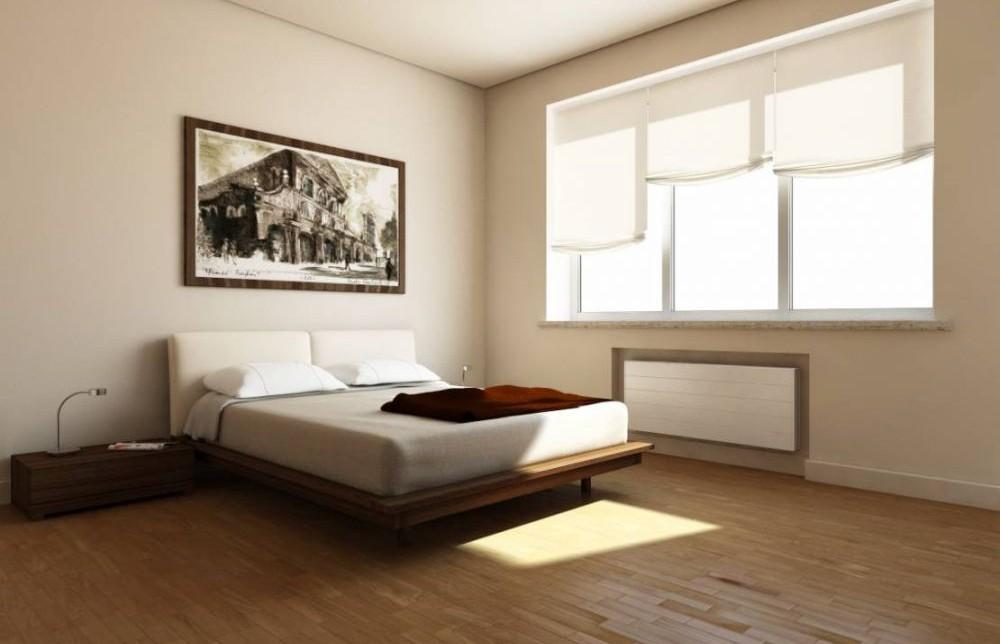 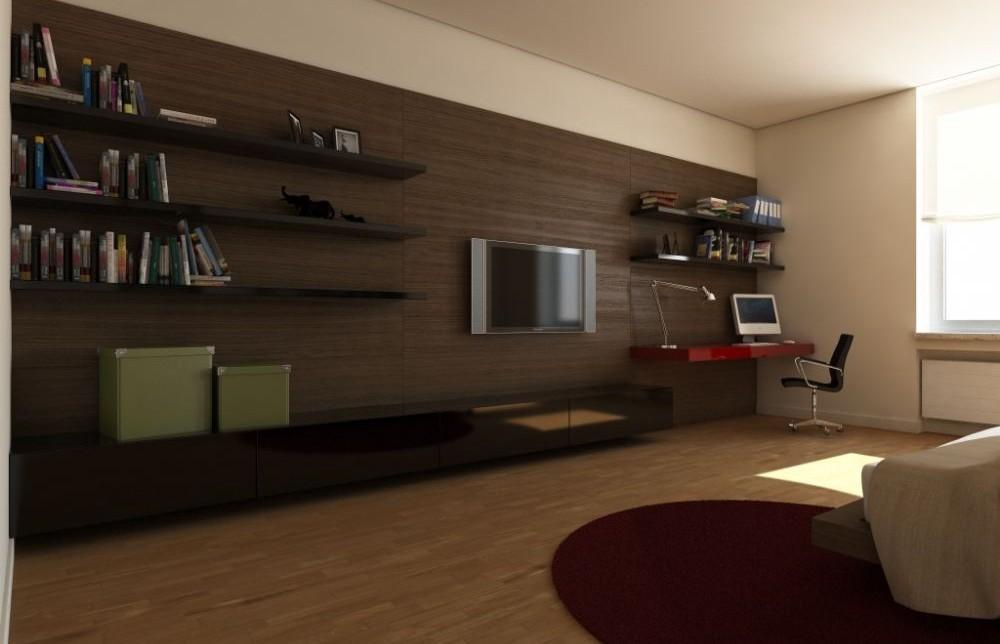 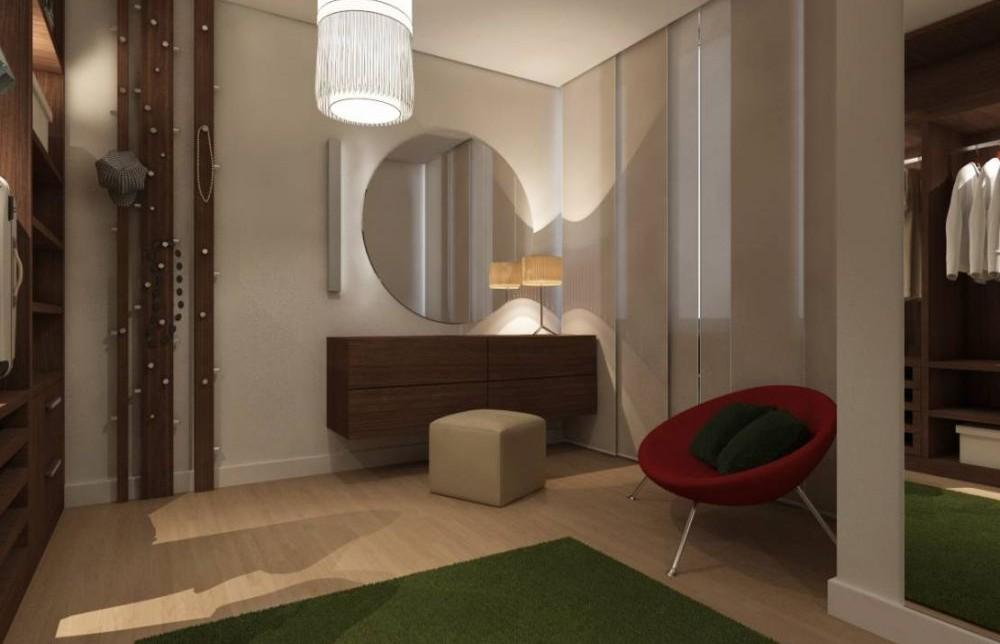 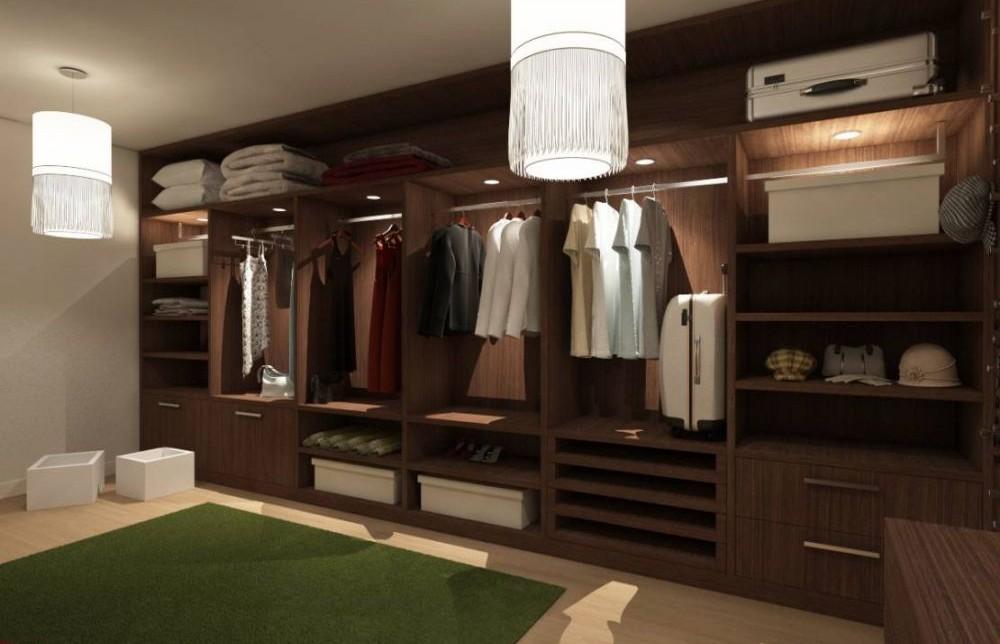 The mansion is located in a picturesque valley of Dzoraghbyur village, Kotayk region, Armenia, 28 kilometers to the North-East of Yerevan.

The house is faced with a purely hewn white travertine which gives a sense of noble elegance to the residence.

At customer’s request, large panoramic windows (not typical for this region) are used in the project. On the Southern and Eastern facades, they become an essential stroke, a basis of the compositional perception of the house. Thus, one of the dominating fragments of the Eastern facade is the large square living room window from floor to ceiling. Glass surface is pulled out for 800 mm from the surface of the Eastern wall, which creates an interesting play of light and shadow in the exterior and interior emphasizes the effect of the panoramic window and expands the space.

The house is located in the relief area (on the easy slope towards the river) and entrance from the road appeared to be higher than the mark of the adjacent garden and playground. That is why, from the living room, by the terrace to the summer living room, an external staircase is available to the garden and to the river. The external staircase is made in smaller, local scale, as it will be mostly viewed from the object closer angles.

Long cantilever balcony, in its turn, gives expressivity to the volumes and provides a flexible connection between the living room and garden. The western wall with its narrow, typical to the Southern countries, windows is mostly blind. This allows to protect the house from the unwanted scorching of the Western sun, and narrow, spontaneously placed windows give the house a typical southern ethnic characteristics and at the same time let a necessary amount of sunlight into the right place of the premises. The western wall, in particular, is stylized in accordance with the palace facade of the princely dynasty Pahlavuni in the Amberd Fortress (9-10 centuries).