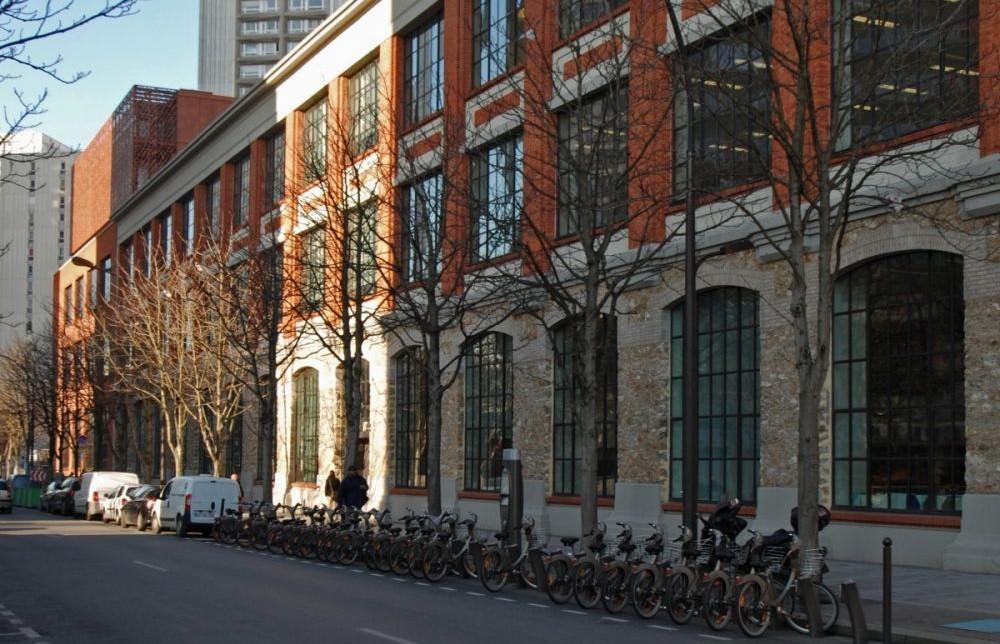 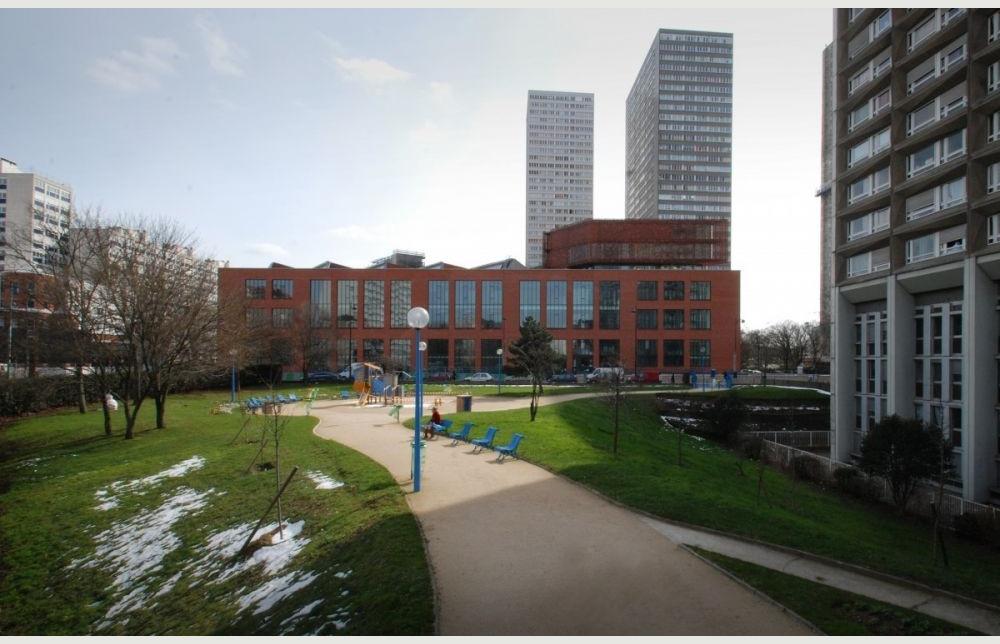 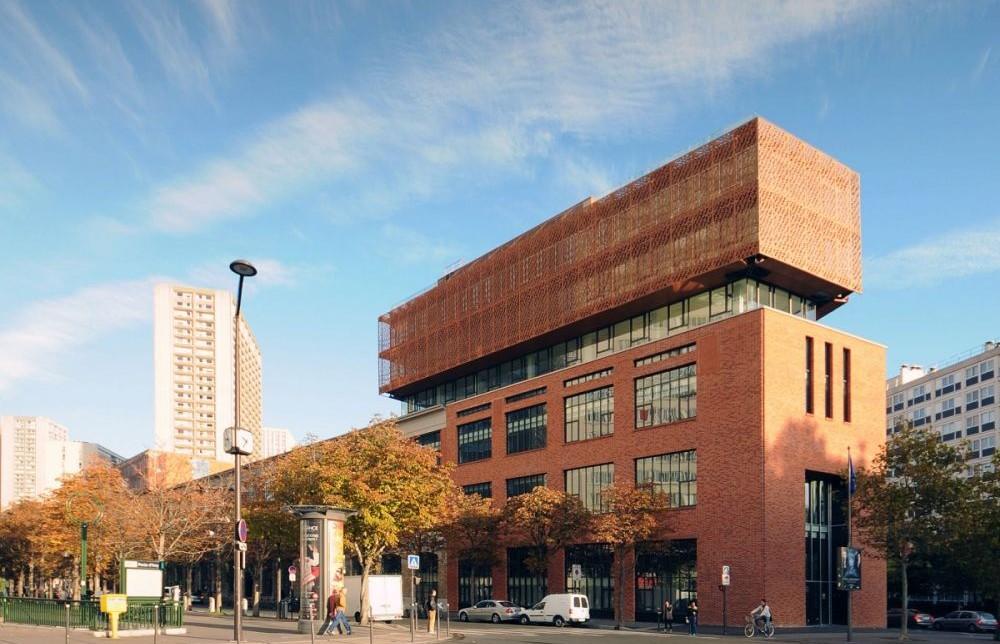 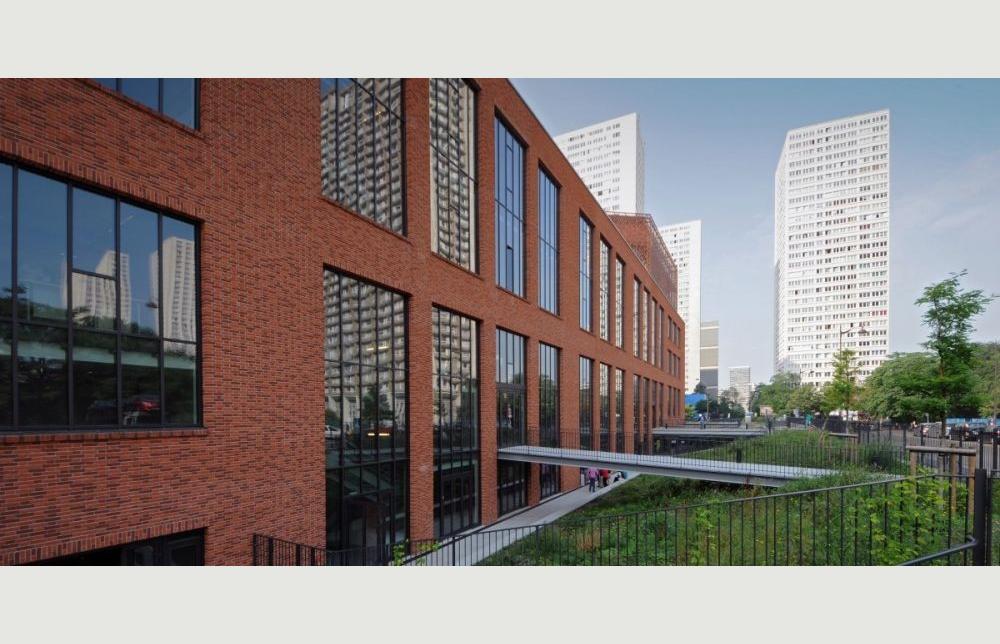 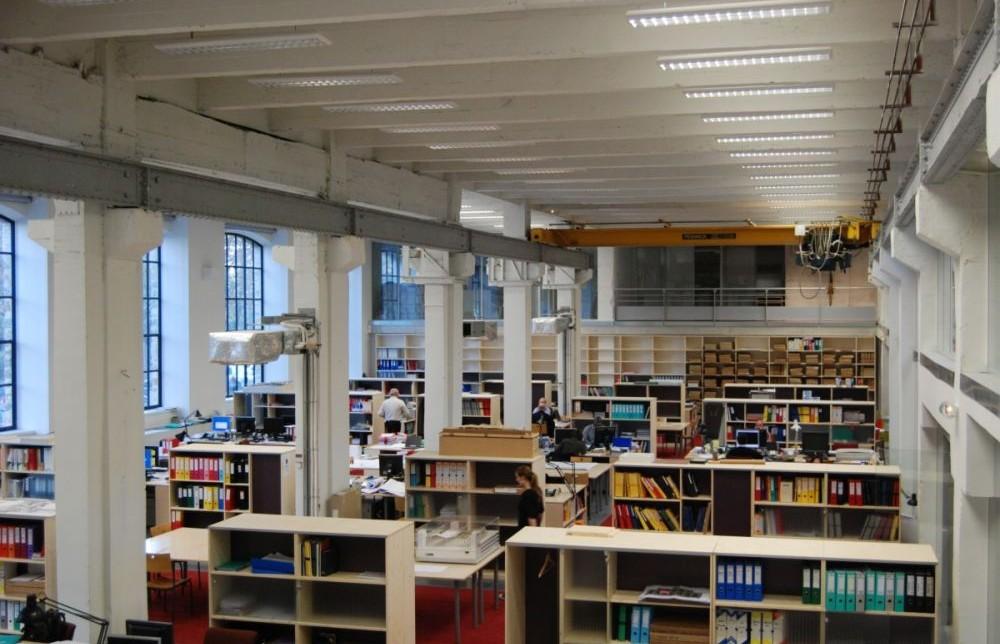 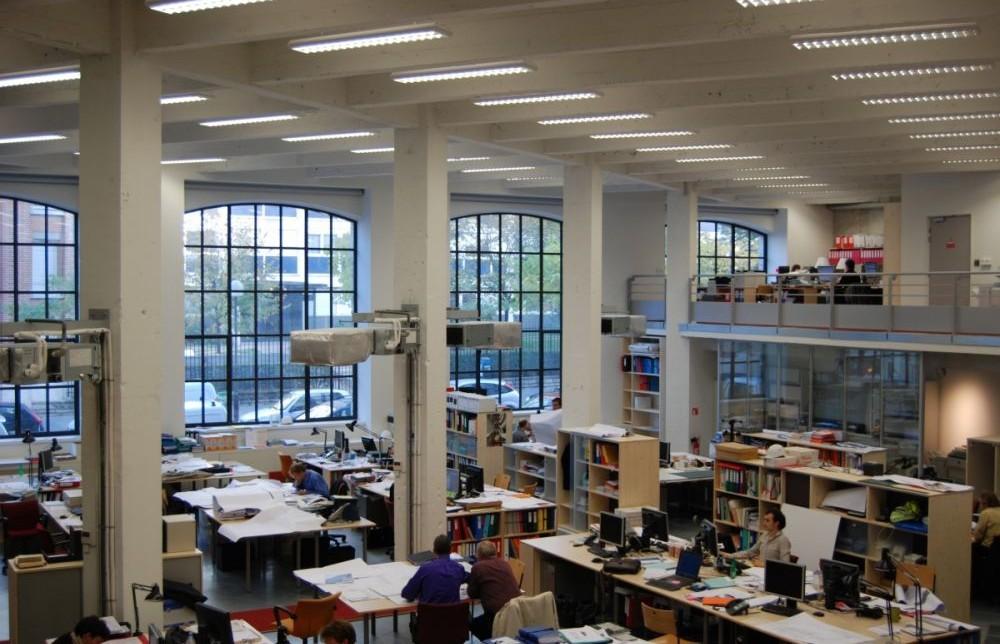 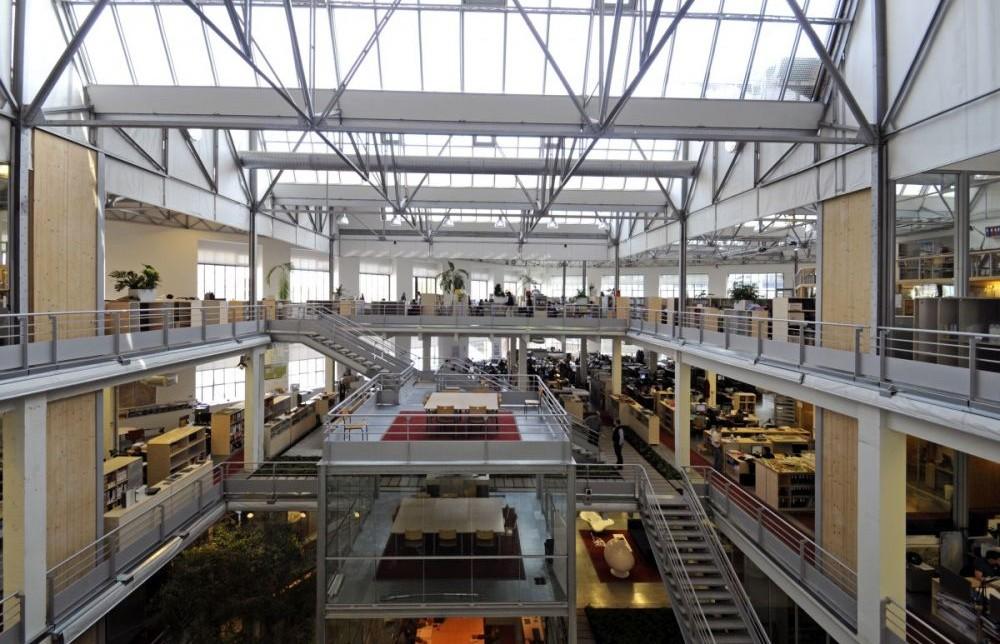 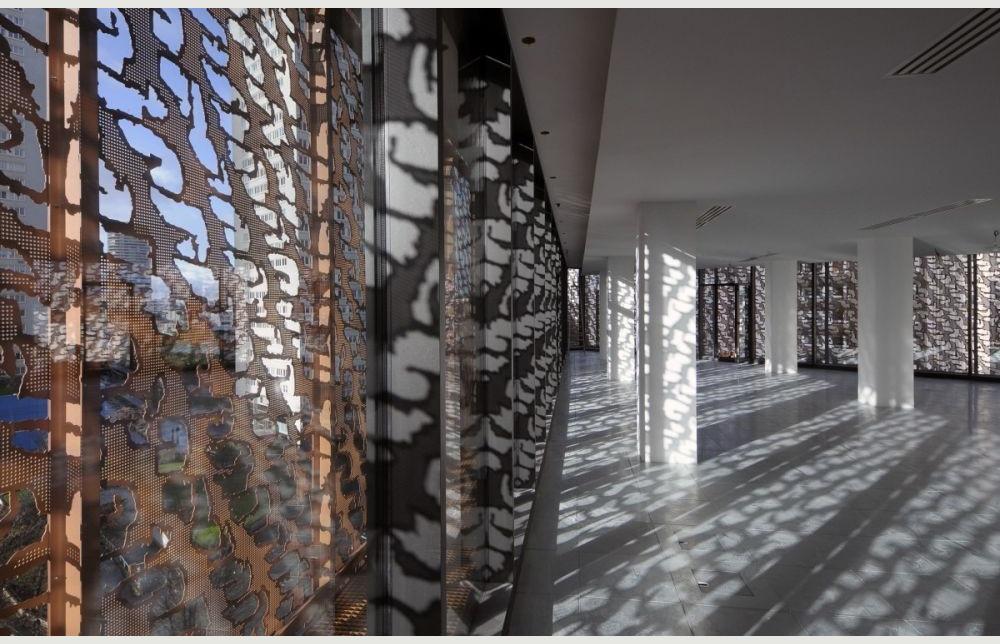 The Panhard and Levassor workshops were partially demolished in 1967 to create the Olympiades district. Over the 2007-2013 period, the workshops were extended and entirely refurbished by AREP to create 21,000 sqm of office space as well as public facilities (a nursery and the premises of a non-profit organisation that runs a day centre for the homeless).

In an environment dominated by the verticality of high-rise blocks of flats, the project keeps the former factory alive, sustains its horizontality and unique architectural style and relies on the ornamental features of the existing façades: materials, dominant chromatic palette and contour line. The brick façade provides a mineral base extending the current facades while the openings are in line with the design of the original building. Each, partially or entirely, new façade forms a coherent whole with the reinforced mineral angles providing the framework for a more open sequence in the centre. Two large industrial-style statuesque containers loom above the roof-top mouldings, clad in a double semi-transparent layer of glass and perforated coppery metal and echoing the tiles on the saw tooth roofs. The nearby cutting of the Petite Ceinture (an abandoned railway line) has been covered to create a garden. Planted with ground covering plants, shrubs and tall trees, the garden slopes downwards from Rue Regnault towards the new garden level, extending the characteristic bucolic image of the embankments of the Petite Ceinture, where vegetation takes over any available space.

The building comprises two office entities surrounding the former factory. A parking facility for 49 vehicles was created under the southern end of the building, the latter’s independent entrance on boulevard Masséna bringing back to mind the stately entrance of the former factories. It opens up on to the reception area, gutted out through two levels, offering mezzanine structures with a panoramic view over the Porte d’Ivry and Southern Paris. The working spaces in the centre of the building occupy the former Panhard workshops and form an open plan office space which enhances communication while affording generous natural lighting. The heart of the building is its “green”, 4-storey atrium which links office wings together, thus encouraging collaborative and multidisciplinary work. The atrium is the nerve centre connecting the main common areas. The large atrium extends towards the sky as its edges gradually move outwards and daylight floods down from the saw tooth roofs onto the hanging gardens and towards the open plan office spaces on the three levels. As part of the same quest for fluidity, meeting rooms are separated by glazed walls while the working spaces are entirely flexible thanks to modular furniture design. This transparency means that most of the living spaces enjoy both natural vertical light and light from the bay windows on the facades. The northern limit of the building reaches rue Regnault. Its facade runs down to garden level and the interior thus benefits from both natural light and access to the garden. The former factory’s façade which became the interior façade conveys the strength of its original ornamental features (brick, burstone and grey concrete mouldings) and dialogues with the clean-lined minimalism of the  northern extension. Where possible solid spruce modular furniture integrate the heights of certain levels thus creating more intimate areas. They house closed glazed offices in the open space areas and offer mezzanine working areas in their upper section.

AREP implemented a High Environmental Quality programme for this project. In conjunction with Green Affair and the client, we have set environmental quality objectives based upon the 14 HEQ targets grouped into four categories (eco-building, eco-management, user comfort and health). Our goal was to obtain the HEQ Tertiary Building French Standard Certification. With regard to the 14 targets, four targets achieved a ‘very-high performance’ level and seven reached the ‘performance’ level. Moreover, the overall project has also been awarded BREEAM (Building Research Establishment Environmental Assessment Method) international certification, which adapts to the French standards system and regulations. This certification covers the existing renovated section. The project achieved a score of over 50% in half of the 10 BREEAM categories, enabling it to obtain the ‘very good’ level.