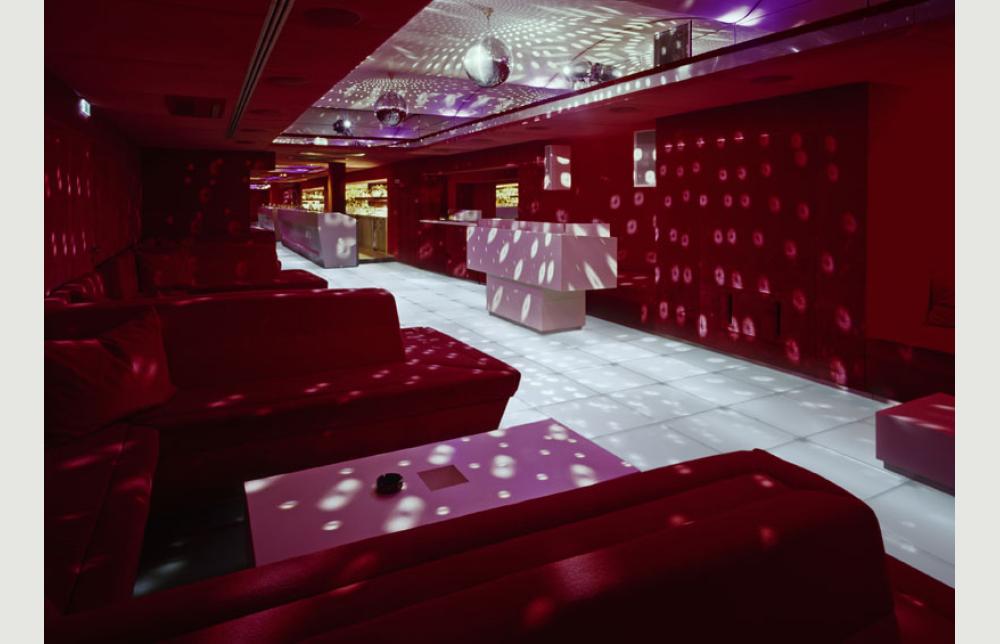 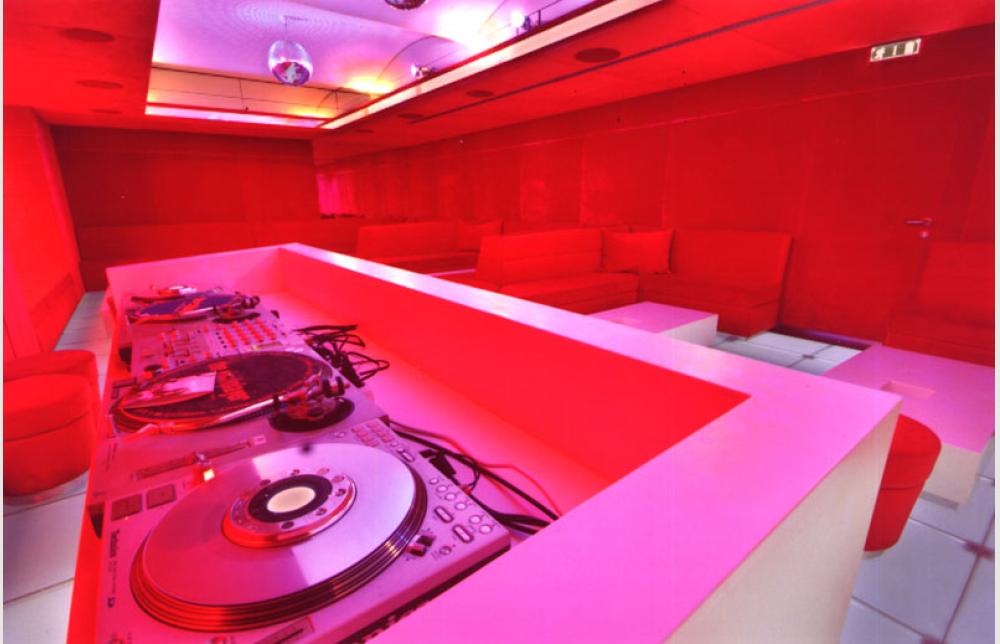 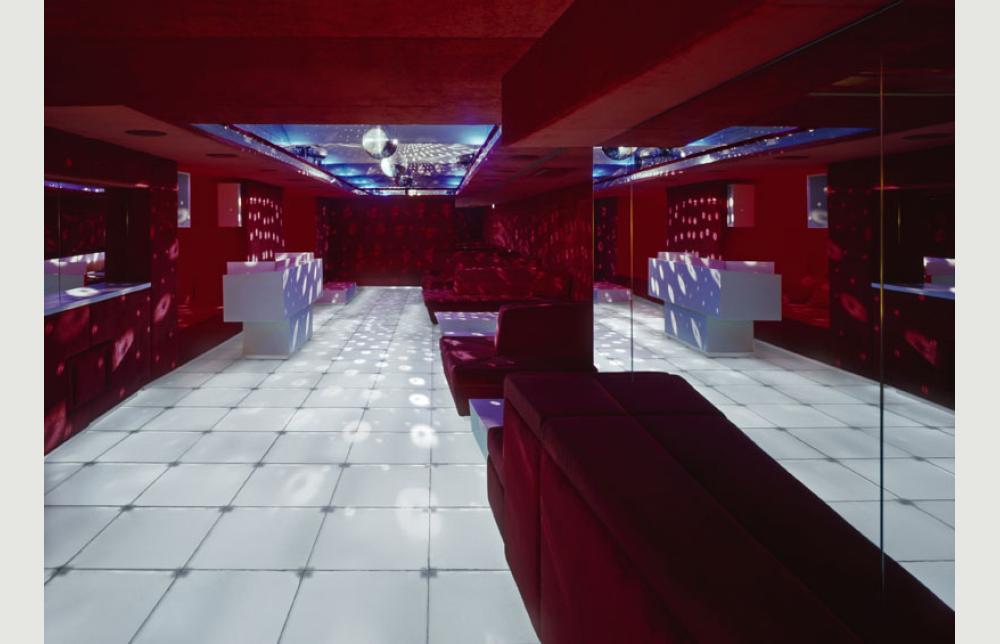 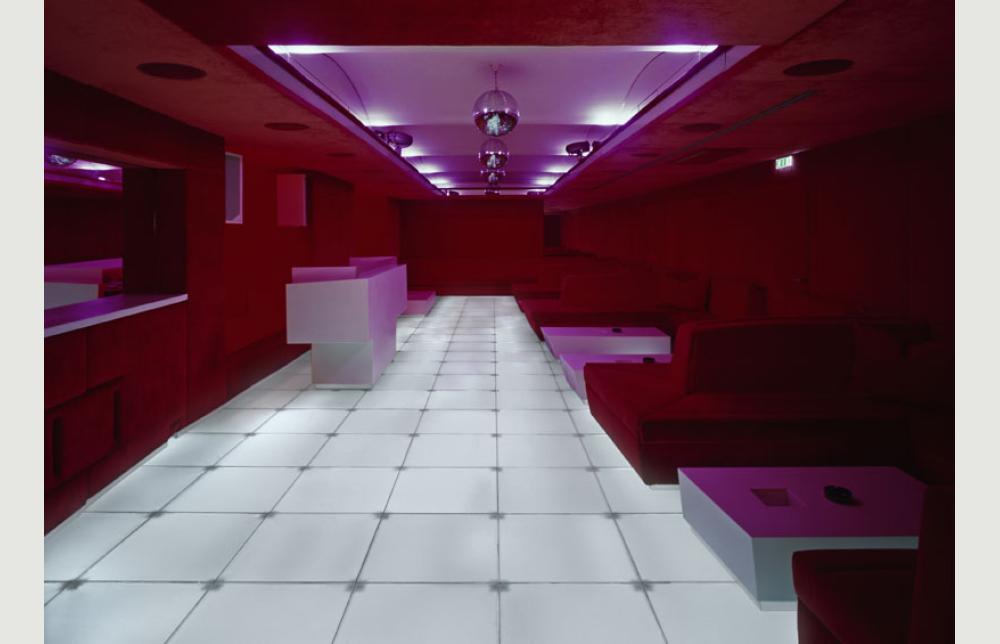 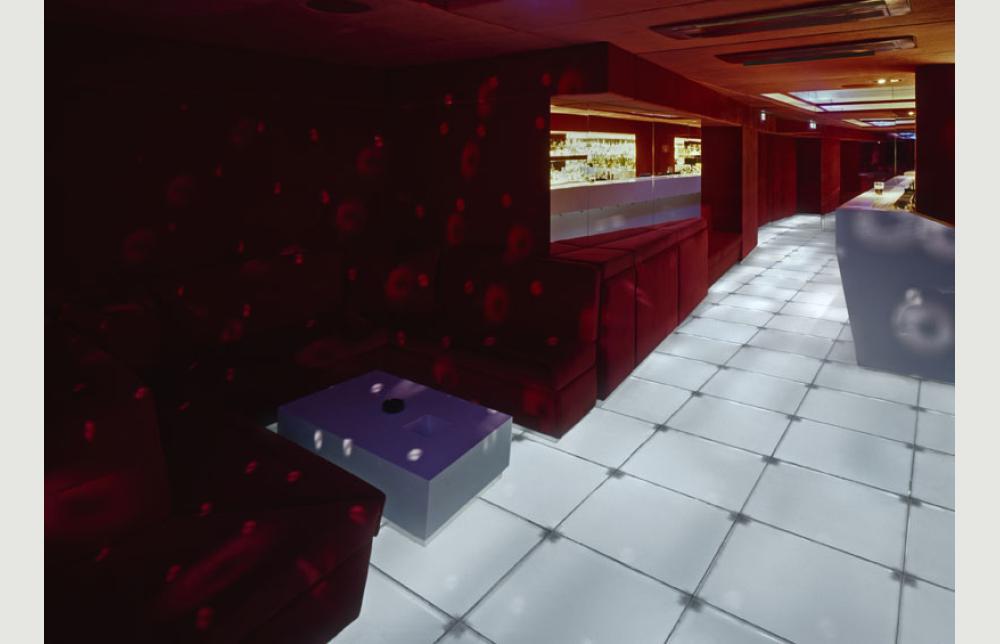 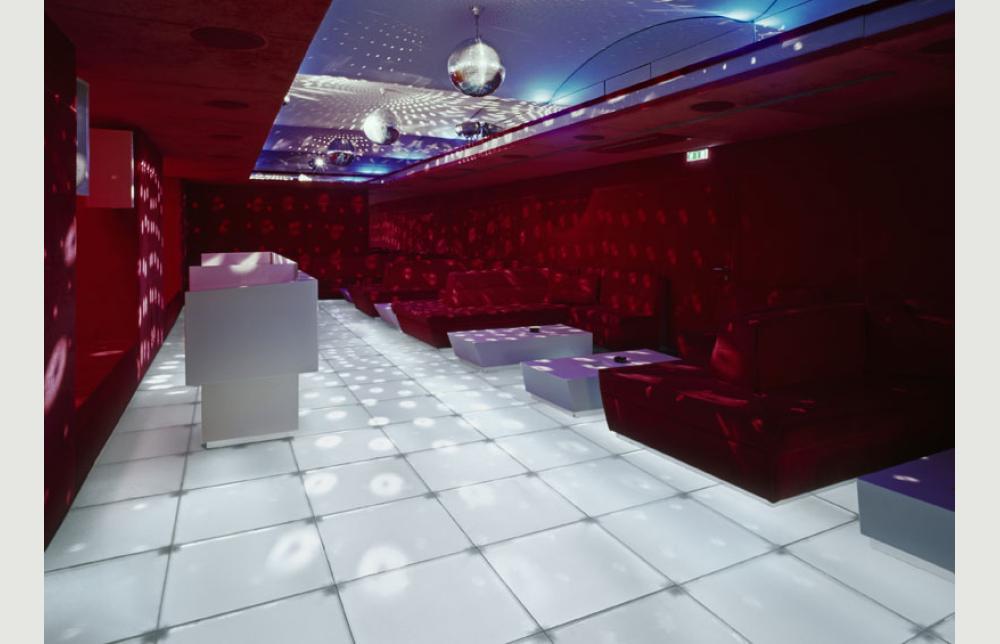 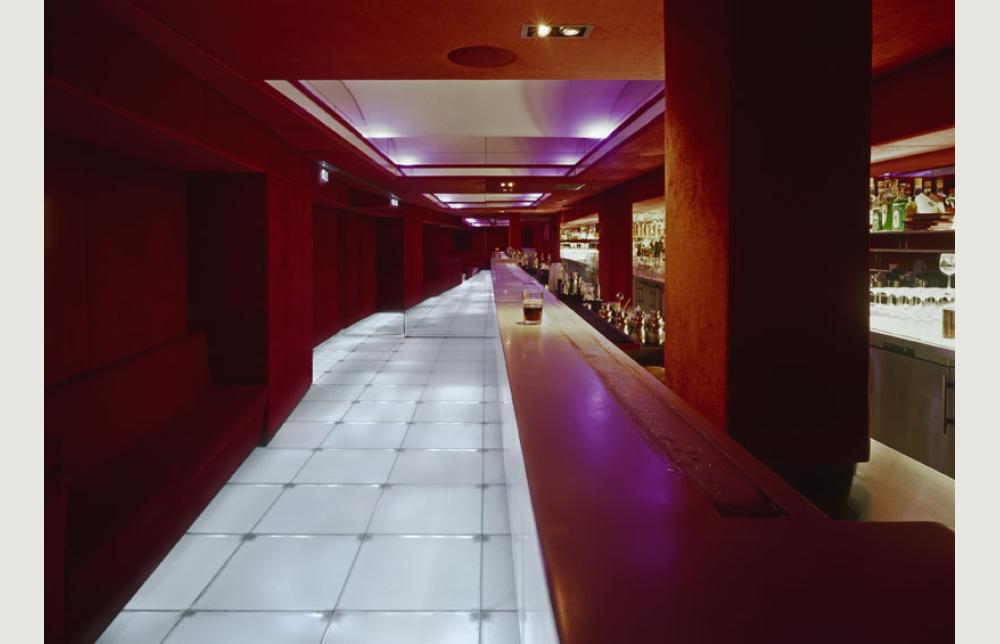 Continuing its previous work for the Comida restaurant in Vienna, Söhne & Partners transformed the basement of theeatery into a modestly decorated space-age club: the Red Room. Cloaked entirely in one shade of red velvet, Red Room’s walls, ceiling and furniture merge into one another, connecting the different areas and providing a stark contrast to the club’s polished white flooring and several other white features, including the bar and DJ deck.

Influenced by the 1968 science-fiction film 2001: A Space Odyssey, a classic co-written and directed by Stanley Kubrick, the interior radiates an air of calmness enhanced by a sense of sheer lightness. Söhne & Partner clad nearly all surfaces of the club in velvet to add character to the interior design.

Adding a dimension of flexibility to the seating arrangement, red poufs scattered liberally throughout the club float like globules of blood on the translucent grid of white glass. That moving from one place to another in the Red Room is ‘like walking on the moon’. A rectangular white recess in the red sky above all the action not only creates an illusion of height but also accommodates club’s lighting system and enchanting mirror balls. Referencing the illuminated fl oors of ’70s discos and the roof of Kubrick’s spacecraft in 2001, the glass floor amplifies the space and coaxes dancers to practise their moves. Like the rest of the surfaces at Red Room, the floor sparkles in a cascade of elliptical reflections.