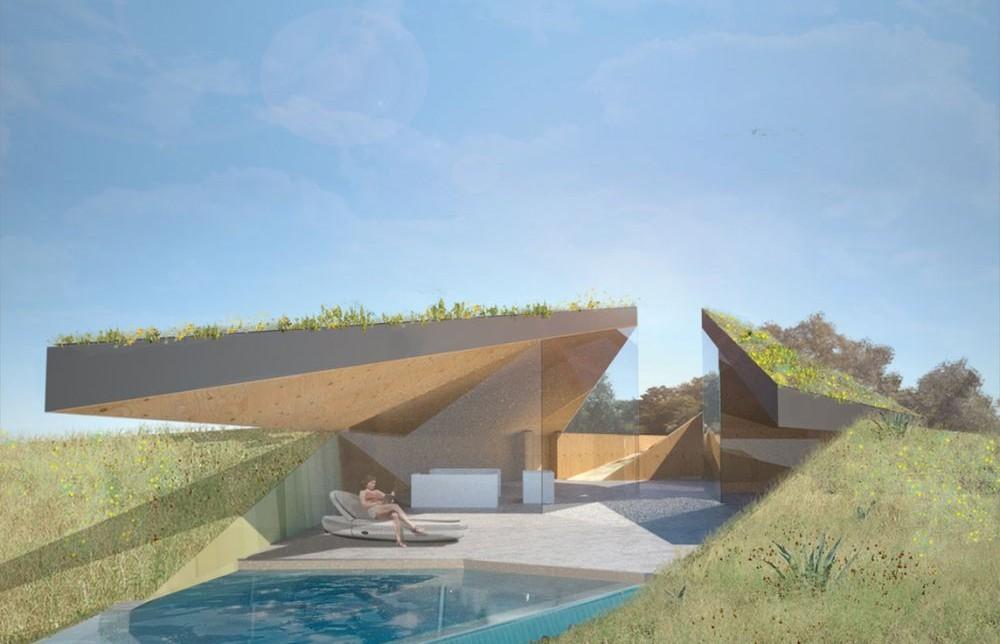 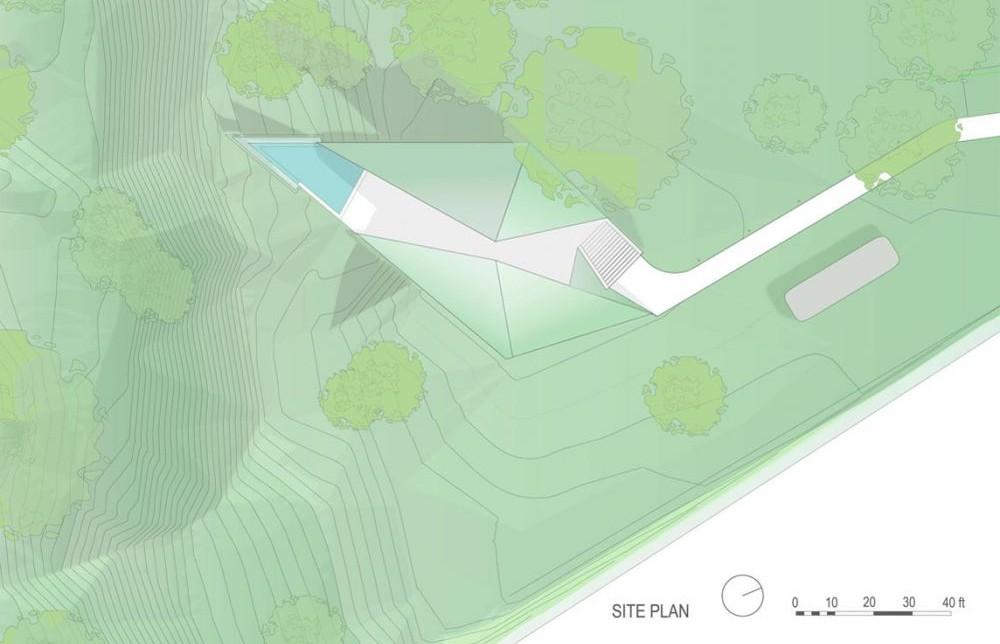 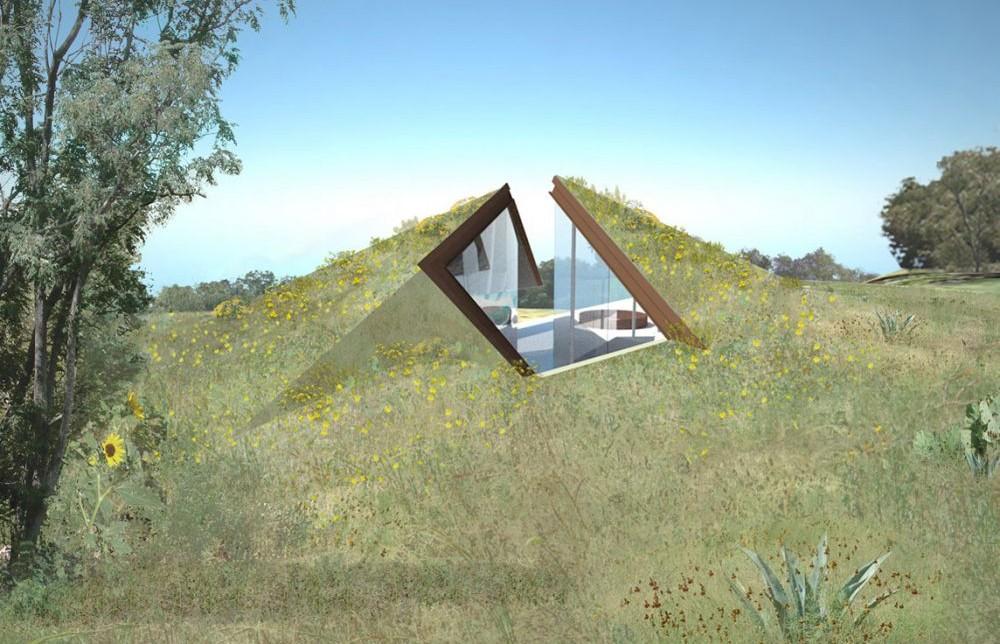 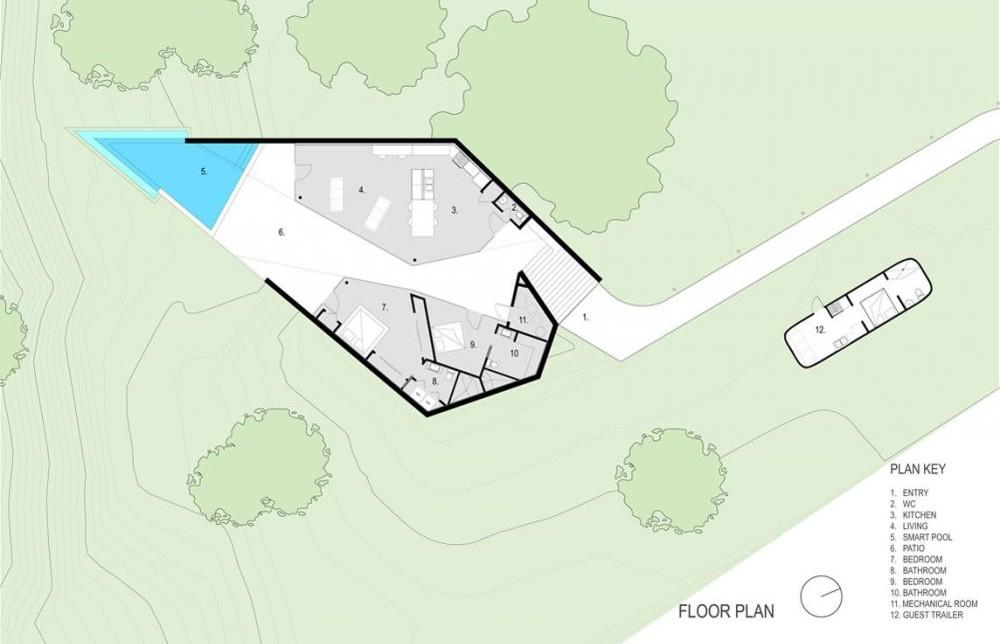 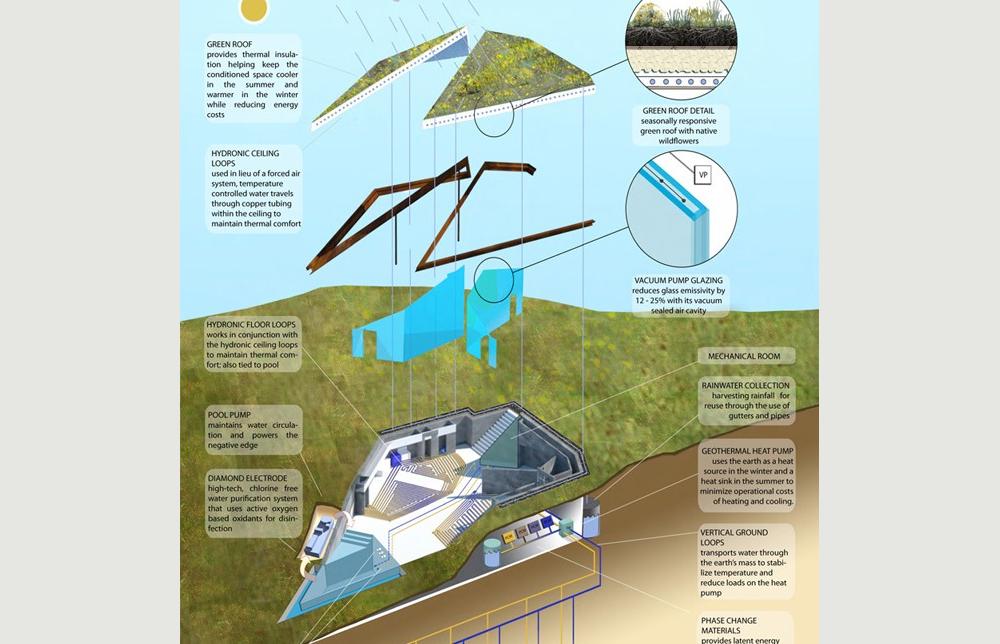 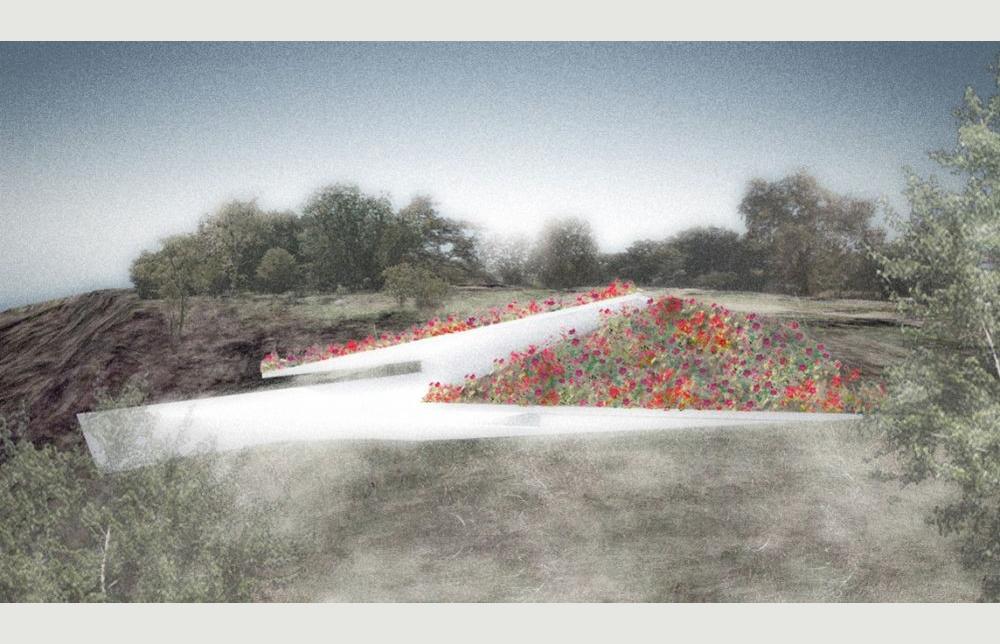 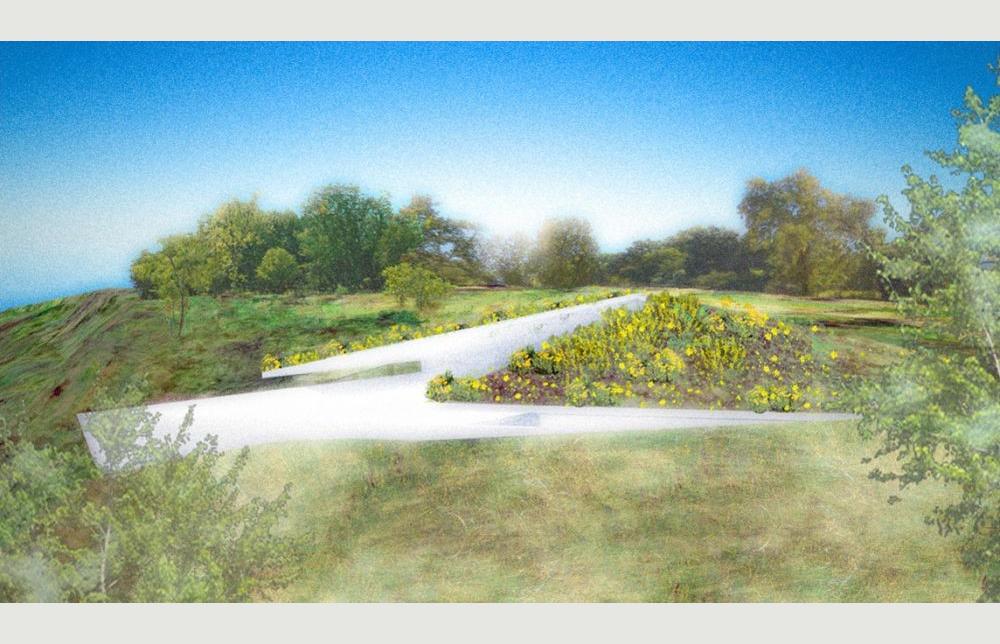 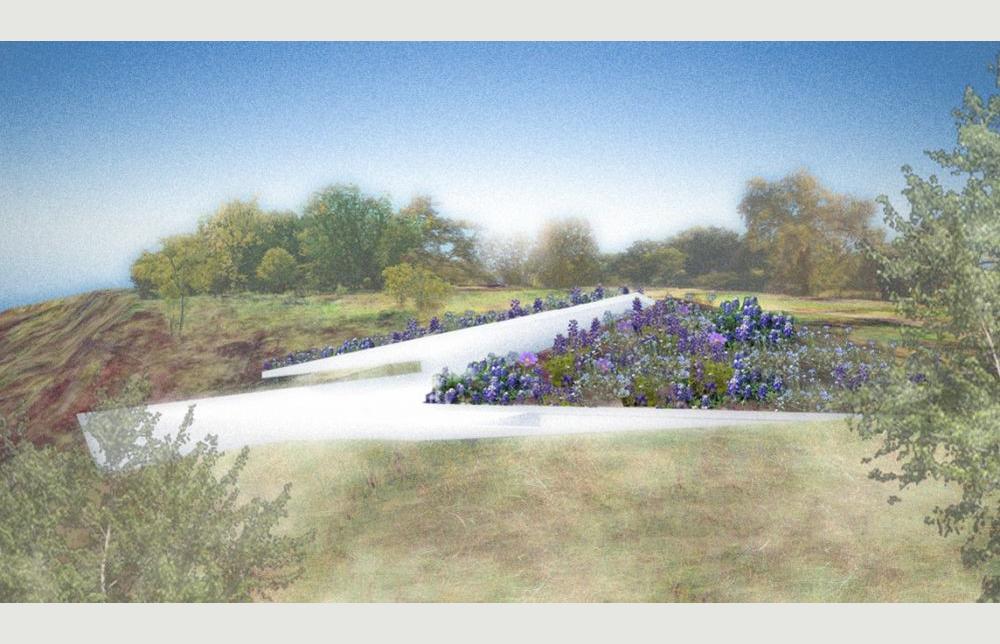 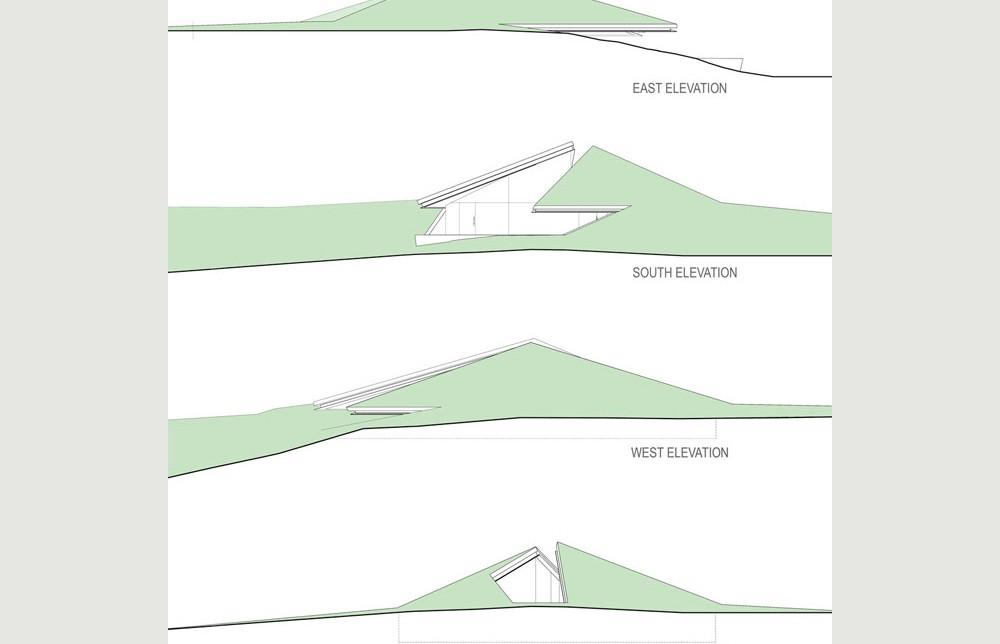 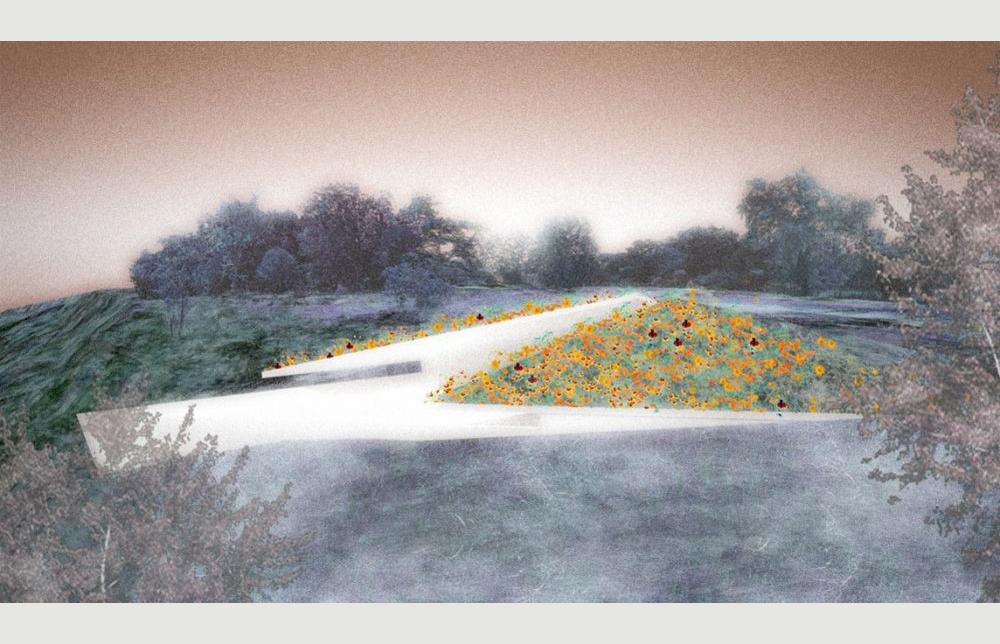 Red Bluff Residence is located on a rehabilitated brownfield site and is a modern reinterpretation of one of the oldest housing typologies in North America, the Native American Pit House. The Pit House, typically sunken, takes advantage of the earths mass to maintain thermal comfort throughout the year. Like this timeless dwelling, Red Bluffs relationship to the landscape both in terms of approach as well as building performance involves a seasonally responsive insulative green roof and a 7foot excavation gaining benefits from the earths mass to help it stay cooler in the summer and warmer in the winter. Such an architectural setting presents an opportunity for maximum energy efficiency when combined with high performance systems such as the integrated hydronic HVAC system. The mechanical system combines: hydronic heating cooling, geothermal heat exchange, phasechange thermal heat storage and a green roof for maximum energy efficiency. The project also features a smart pool that provides an additional thermal mass that ties into the geothermal system.
Red Bluff is about healing the land and ameliorating the scars of the sites industrial past. The project raises awareness about a diminishing natural landscape and its finite resources by creating a balance between the surrounding industrial zone and the natural river residing on opposite side of the site. Formerly a brown field area occupied by an oil pipeline, measures were taken to ensure the safety of surrounding people and vegetation as the pipe was excavated. Soil samples were taken and tested for contamination before any site work began. This process involved collaborations with the City of Austin and previous owners, Texaco. This helped surrounding residents learn more about their own properties as well as the condition of other nearby former industrial sites. Red Bluff has helped lead the way to the continued rehabilitation of the area, ultimately contributing to the longterm improvement of the community.
The projects relationship to the landscape and the green mechanical system that sustains it are two of the most innovative aspects of the project. Buried below the earths surface with an insulative green roof, Red Bluff makes use of the earths thermal mass to maintain thermal comfort throughout the year. This gesture also aids in maximizing the efficiency of the hydronic heating and cooling system that is tied to: geothermal wells, and slab and ceiling loops. The efficiency of the hydronic system is further bolstered by the use of phase change materials built into the water tanks, which serve to neutralize loads on the heat pump. Additionally, the smart pool features a high-tech, chlorine-free water purification system that uses a diamond electrode plate to disinfect. Local products were used where possible and materials were chosen for performance and durability, reducing maintenance costs in the long run.
Both visually and functionally, Red Bluff touches on architecture as sitespecific installation art and as an extension of the landscape. Program is broken up into two separate pavilions, for the living and sleeping quarters, and requires direct contact with the outside elements to pass from one to the other. Connection to the land at Red Bluff is certain and a part of the quotidian experience. This project sets new standards for sustainability while providing great aesthetic qualities through its small footprint and integrated mechanical features.