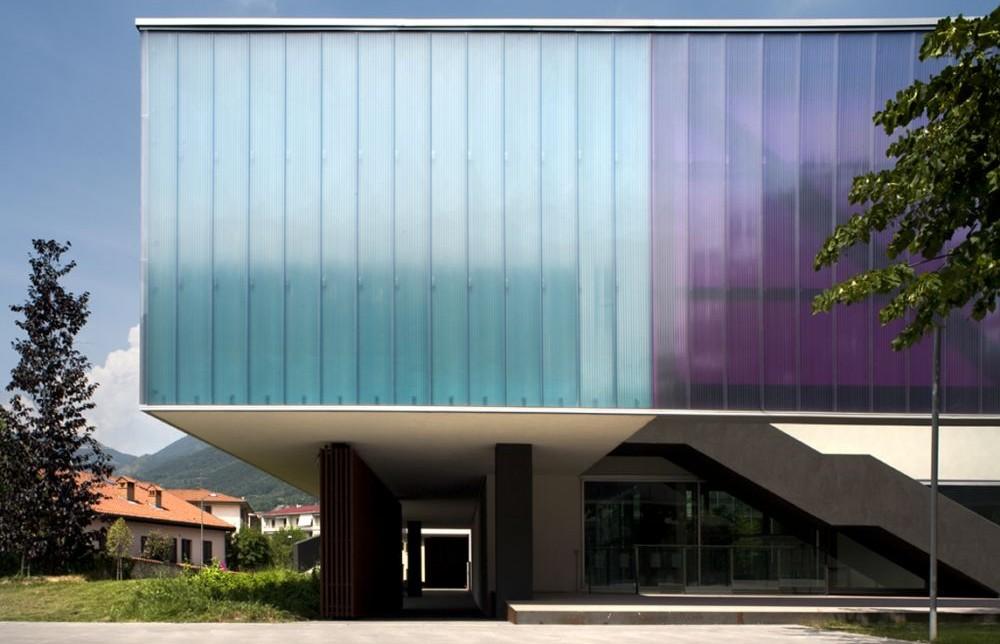 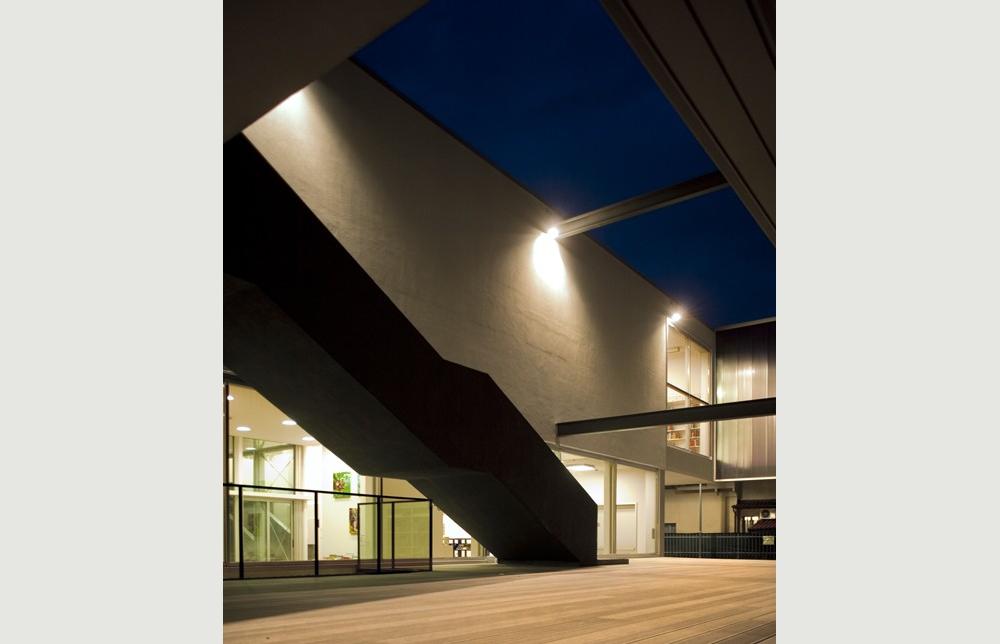 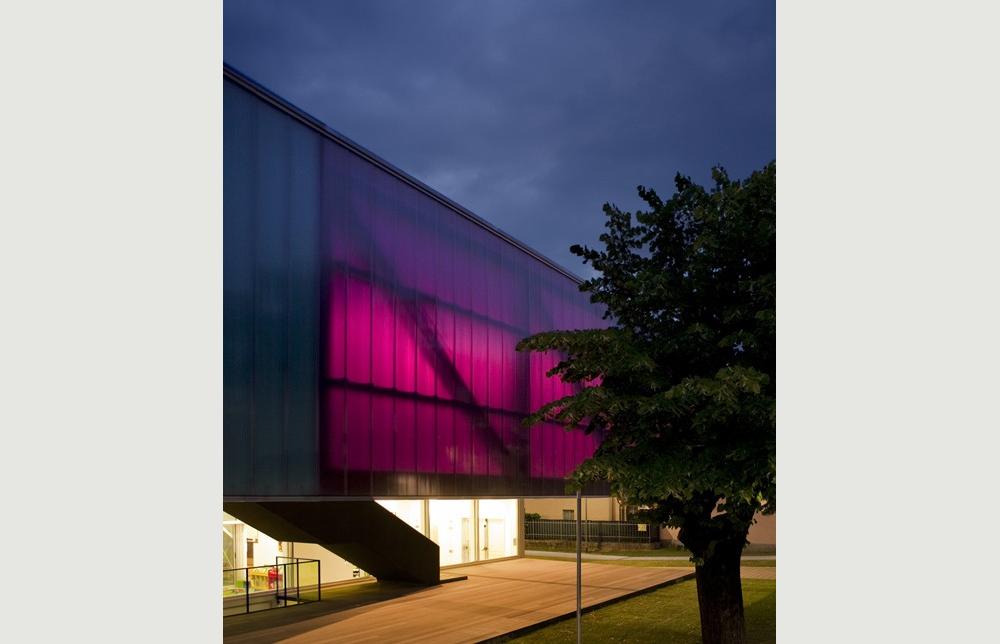 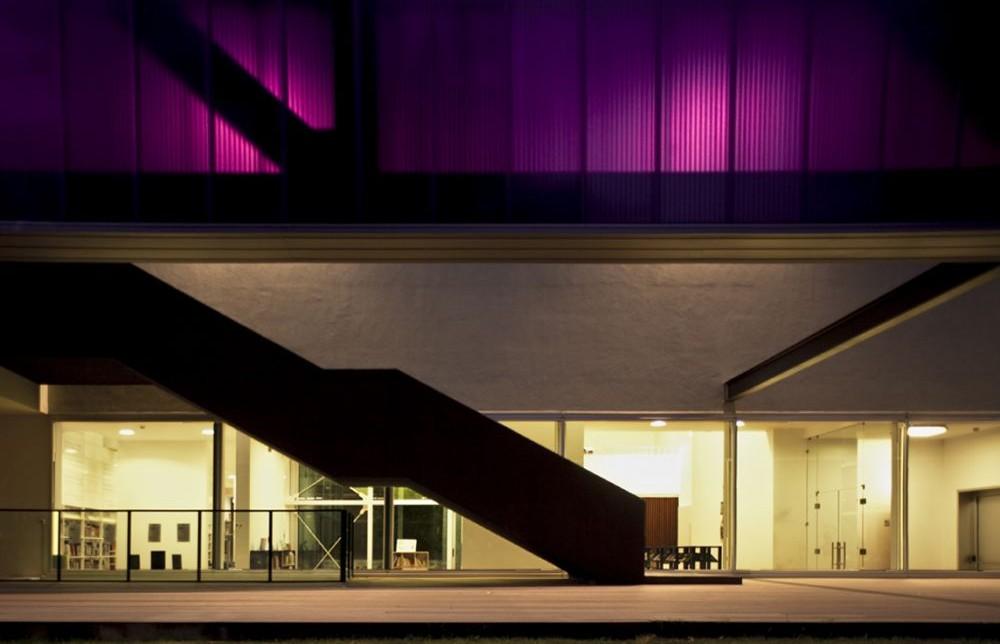 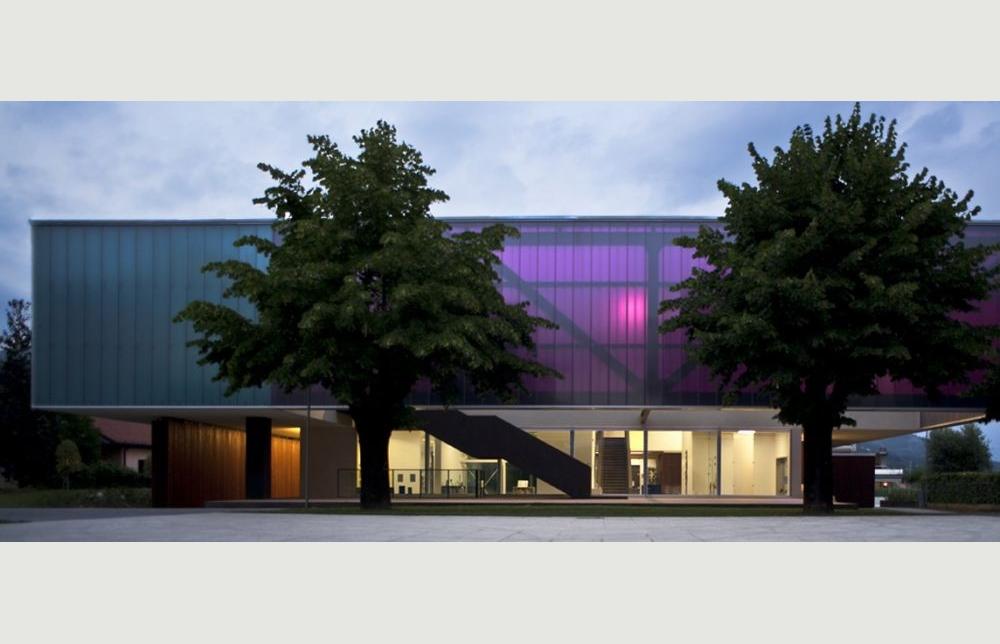 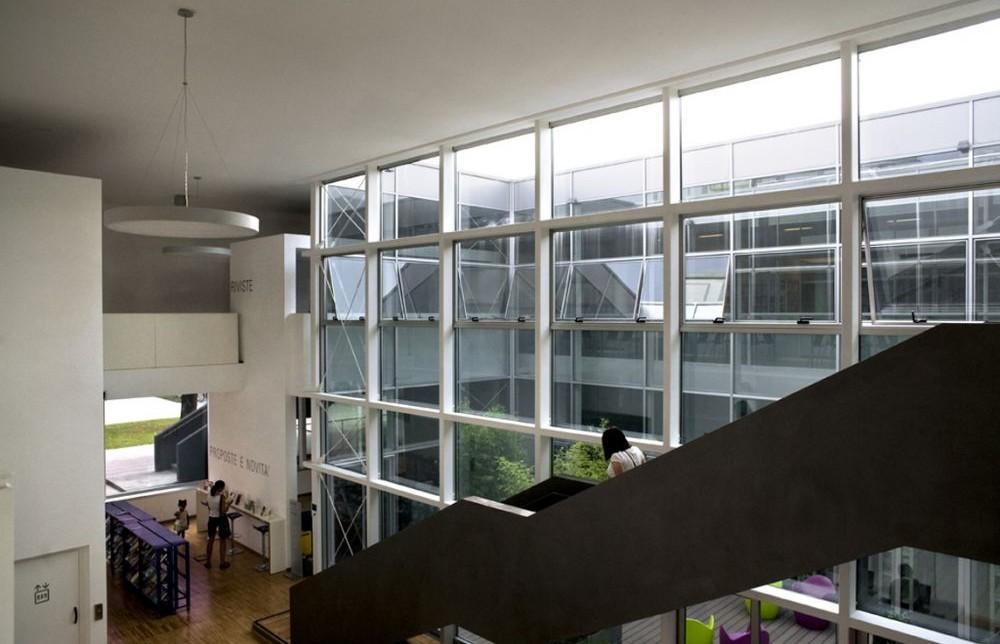 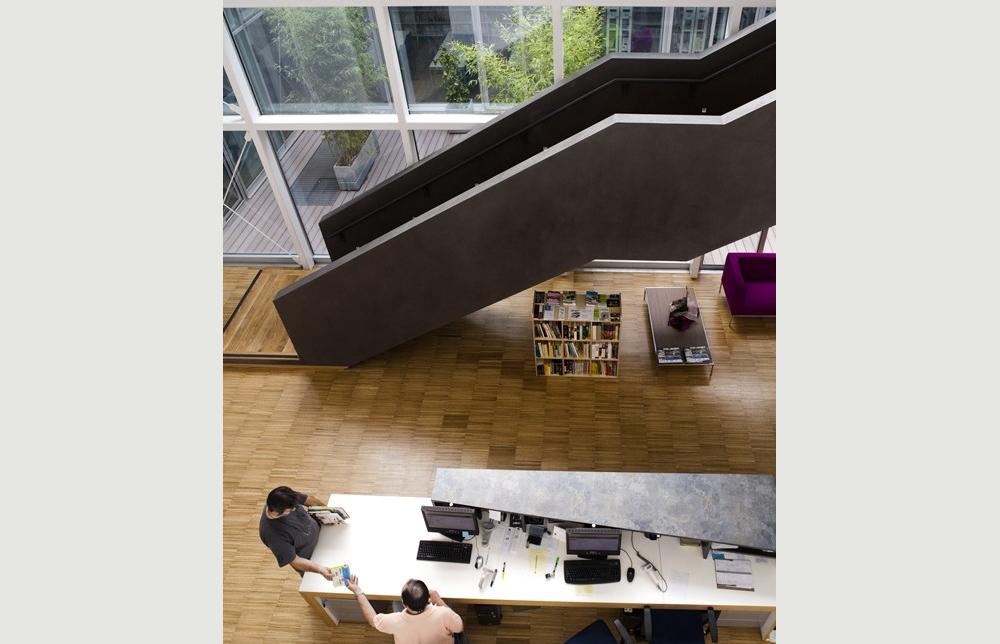 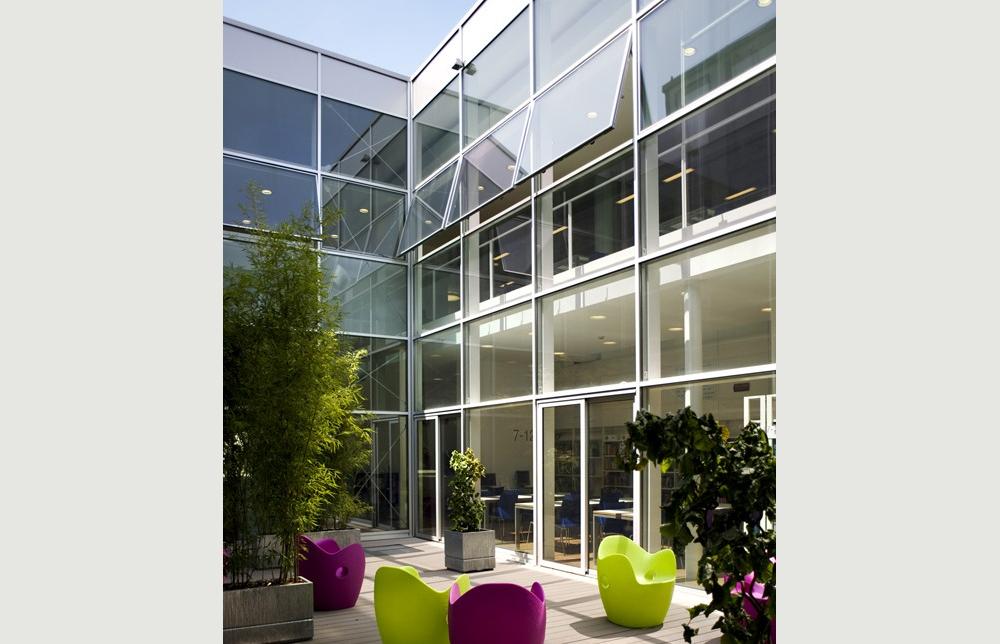 The new Cultural Center in Ranica, medieval town near Bergamo in Northern Italy, contains a public library, an auditorium, a kindergarten, and a school for dance and theater.

With its 2.000 square meters, the Center is conceived as a new catalyst of urban life. Not only is the building a laboratory for education and information, but it also becomes a new piazza where people can meet and where citizens can reinforce their sense of belonging to their territory

Aim of this project is to trigger a dialogue between the new building, the city center and the infrastructural system. If historically piazzas are defined by the visual and physical boundaries of the buildings surrounding them, in this project we tried to open up the building to city life by welcoming pedestrians into its core, under the large overhanging volume. The large slab is pierced by a series of openings, along its perimeter -next to the main entrances- as well as in the middle, where two large courtyards bring natural light and fresh air.

The building is organized on two floors: the upper volume is cantilivered out from the lower floor, and seems to be floating above ground. The distinction between the two volumes is made even stronger by means of the choice of materials: the ground floor is enclosed by glazed and stuccoed walls, while the facades of the upper volume are made of colored, sometimes semi-opaque polycarbonate panels which allow for silhouettes of people inside the building to be revealed outside.

The compactness of the exterior volumes is coupled by a complexity of the interiors. In the wide double-height space of the library, the various program areas appear as independent volumes, connected by aerial catwalks from which visitors can constantly appreciate the central patio. The idea was to create a scenario where the links between the program areas could turn into pleasant meeting points, similarly to what happens in the streets and piazzas in the city.