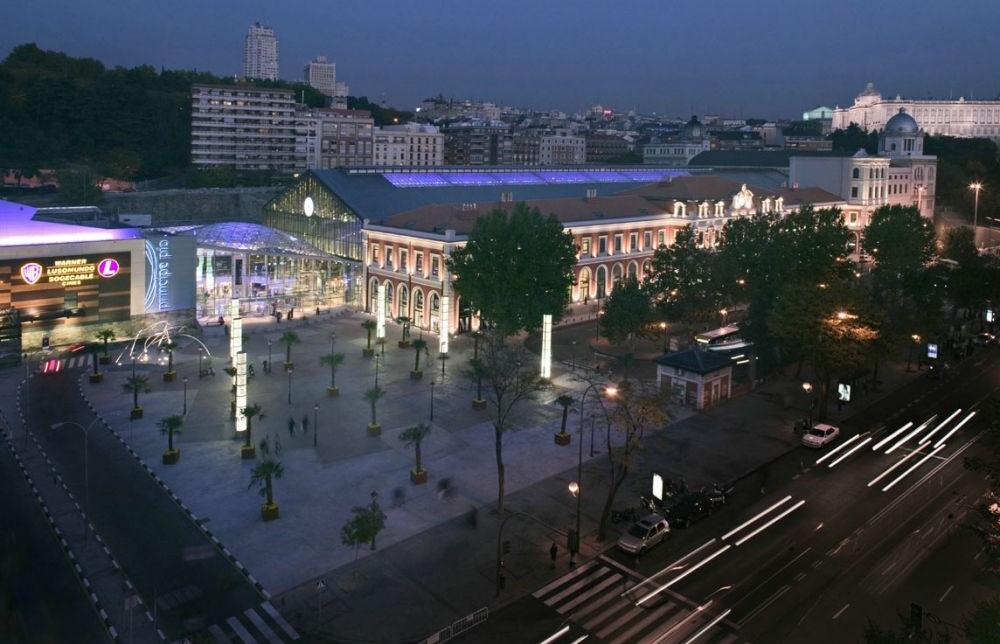 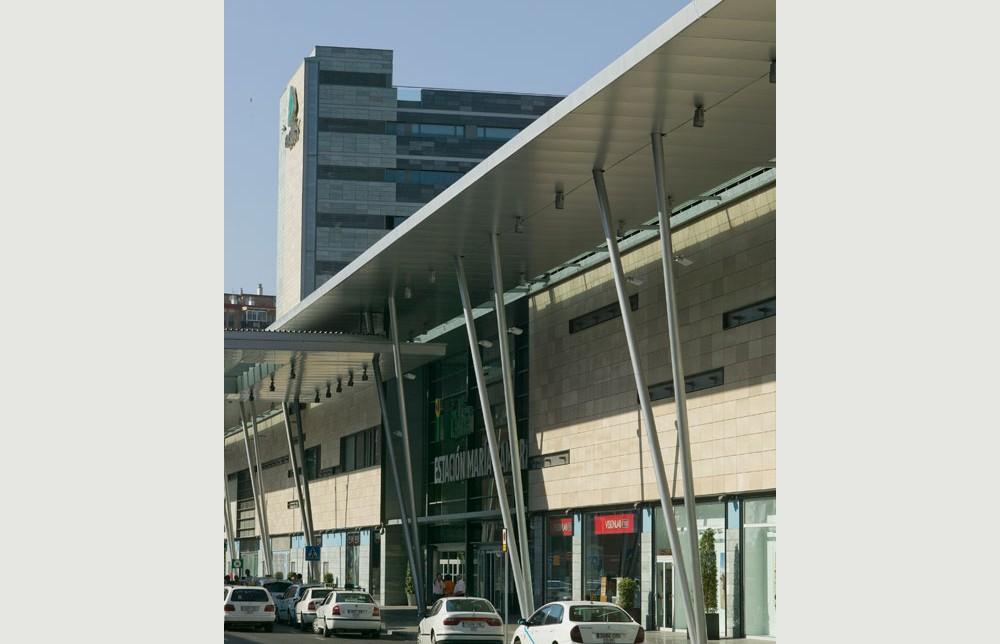 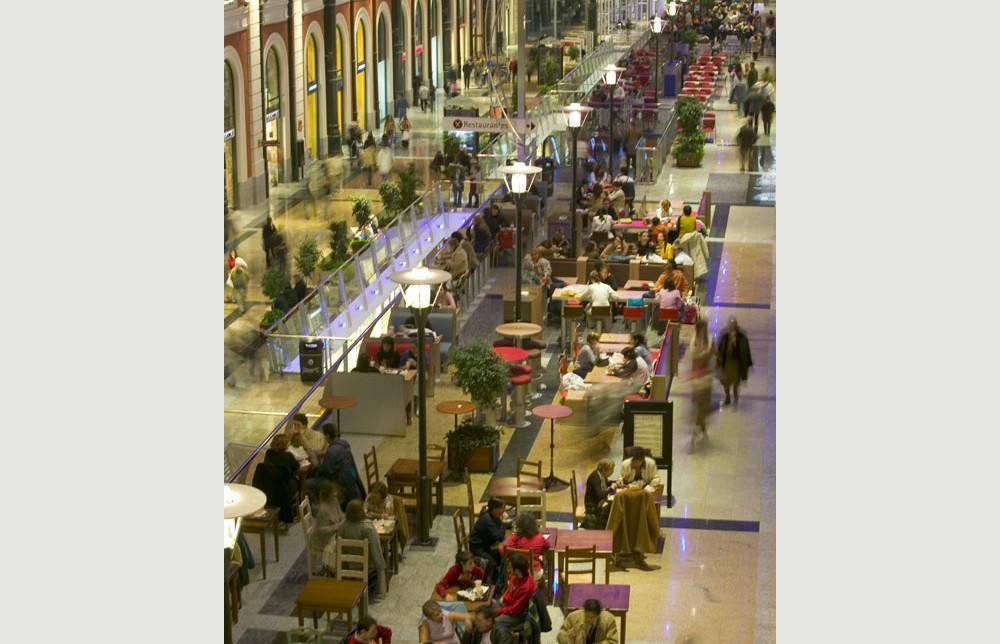 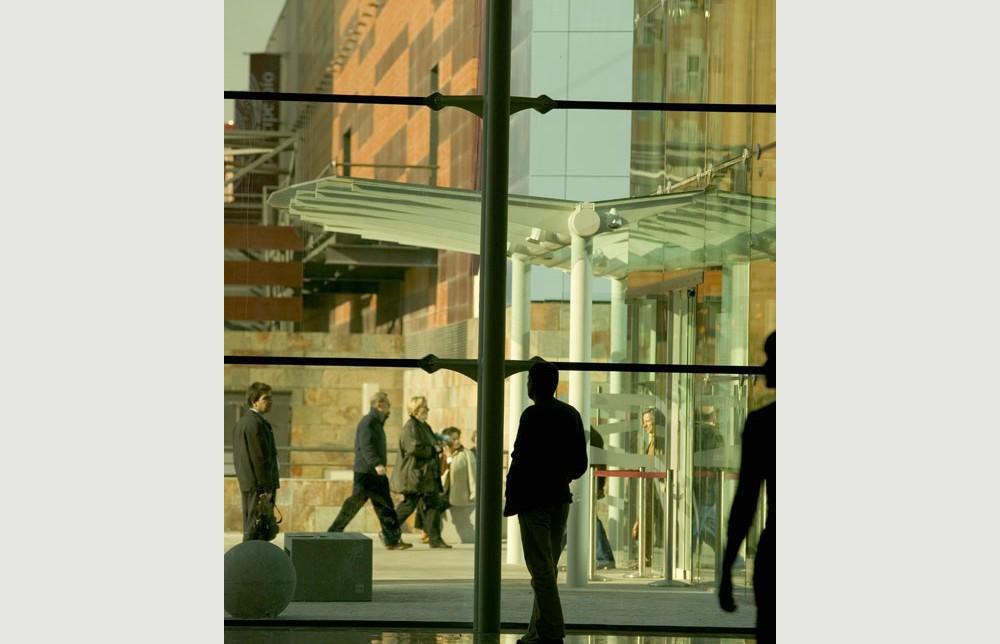 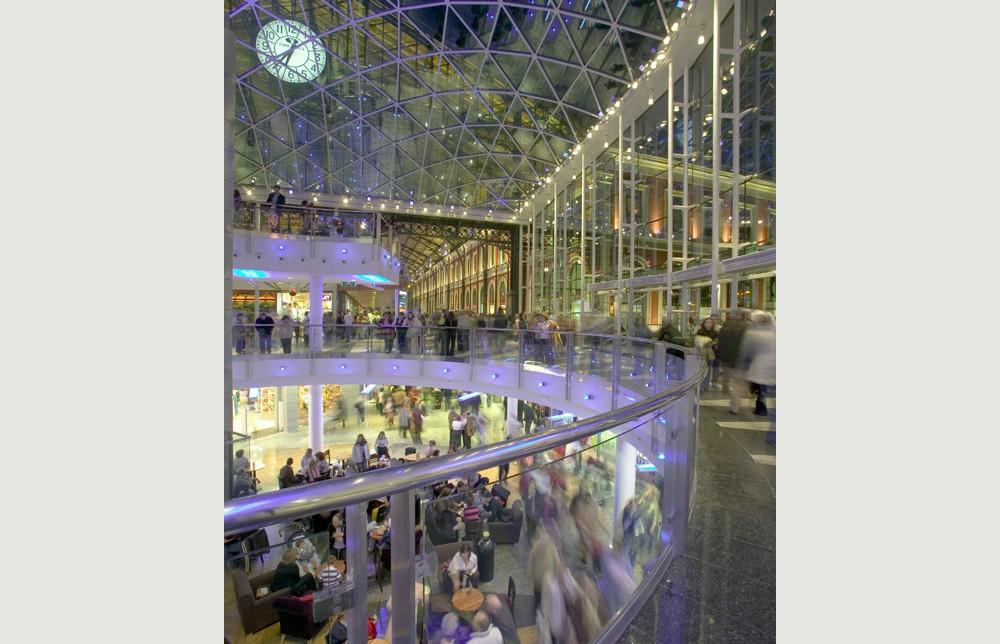 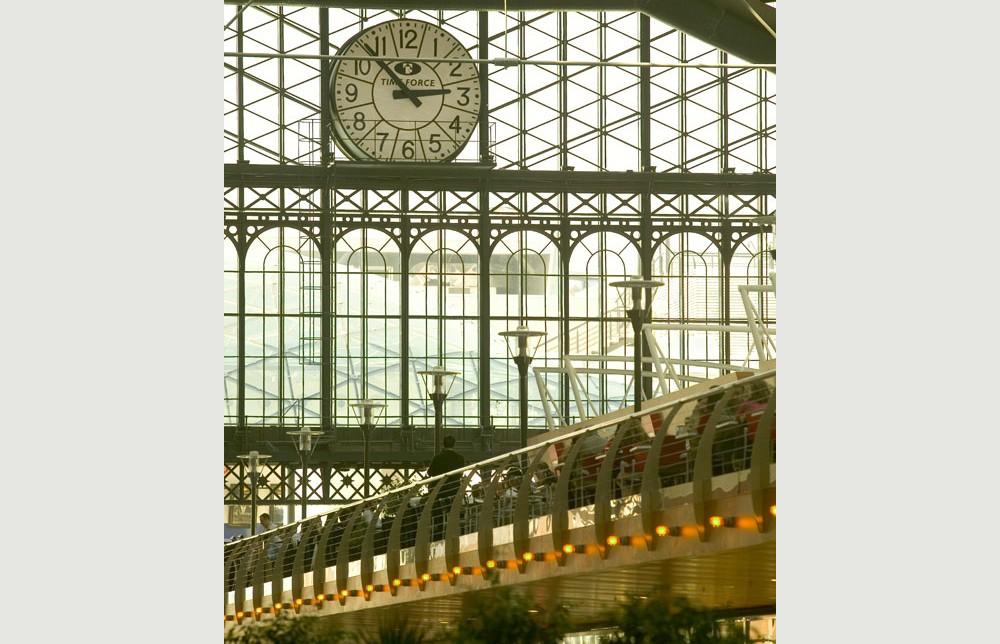 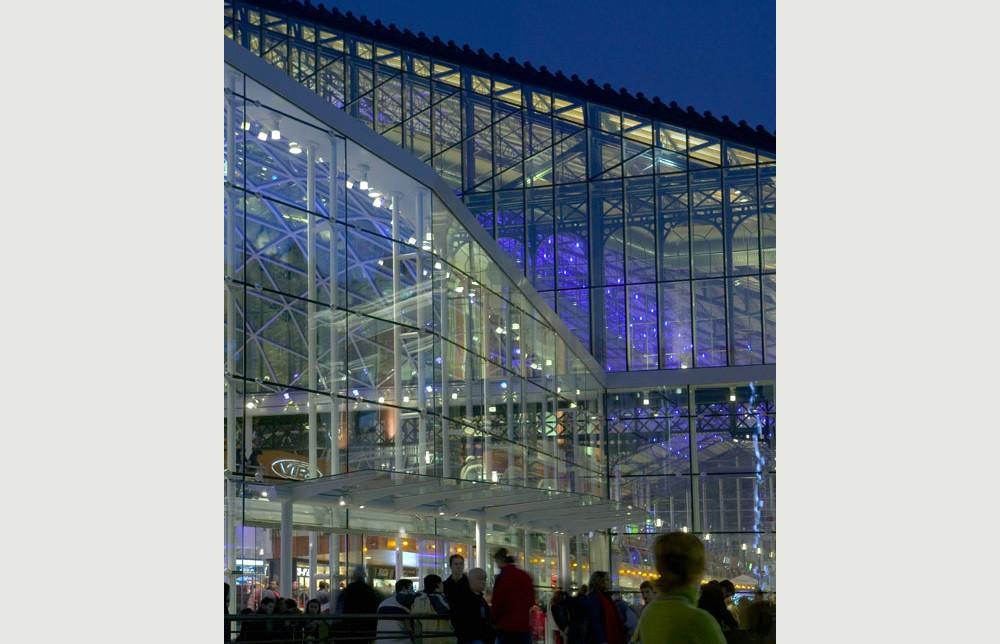 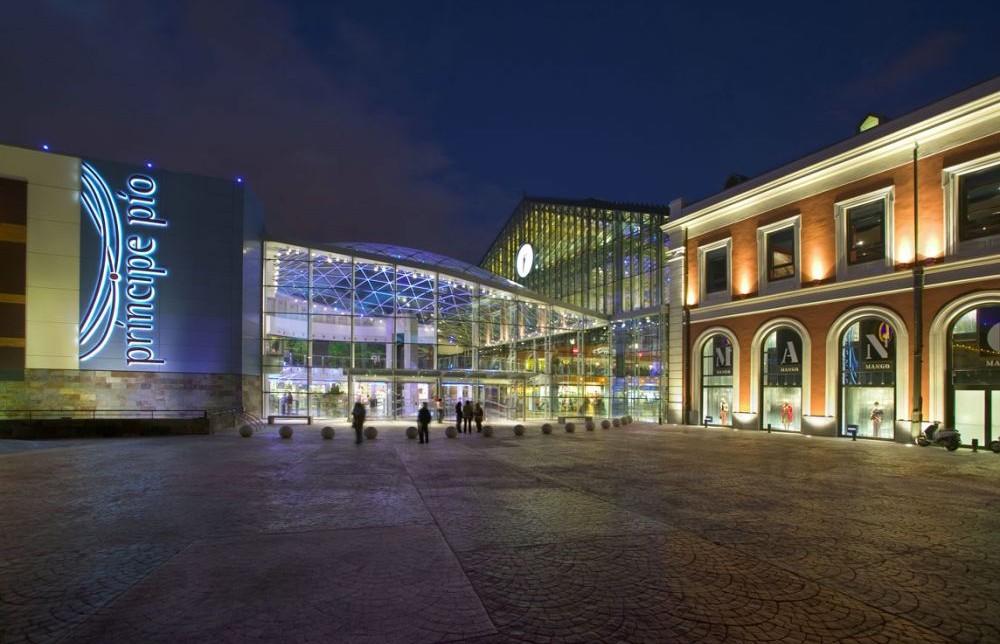 Located in the historic and artistic center of Madrid, Principe Pio is one of Madrids most important rail and metro interchanges. A renovation of a historic transit station, Principe Pio offers an exciting new way of thinking about the convergence of urban transit and retail.
Sited at a critical junction of regional train lines, two subway lines and one of the largest bus stations in Madrid, the program for Principe Pios transformation was extremely demanding: to maintain all transit lines at full operational capabilities while creating a landmark 110,000-SF destination-based retail center within a densely compact urban setting.

Having created a successful fusion of new and old design elements under the canopied section, the design team created a central vaulted glass dome that serves as a main entranceway and a connecting node between the renovated train station and an entirely new, modern-style entertainment wing, anchored by a multi-screen cinema.

The centers outdoor lighting emphasizes the historic train station, eloquently announcing its continuing role as the heart of the area. At night, the glass node is subtly illuminated so that the glass itself nearly disappears, creating an enchanting aura of light around the project.
The new retail center features a wide array of amenities, including more than 70 high-end retail shops, a 15,000-SF Warner Brothers cinema, a 4,500-SF Zara department store, 15,000-SF of restaurants, a 1,000 space underground parking facility and a new outdoor public plaza. The high profile of the project has attracted a number of UK retailers to the Spanish market for the first time, and the center has enjoyed 100 percent occupancy rates since its opening.