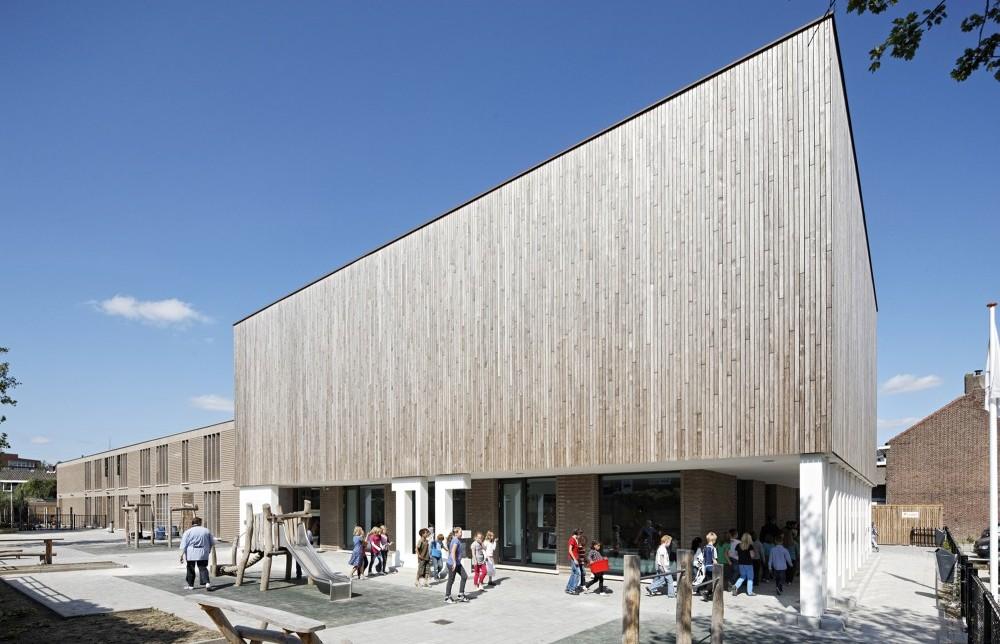 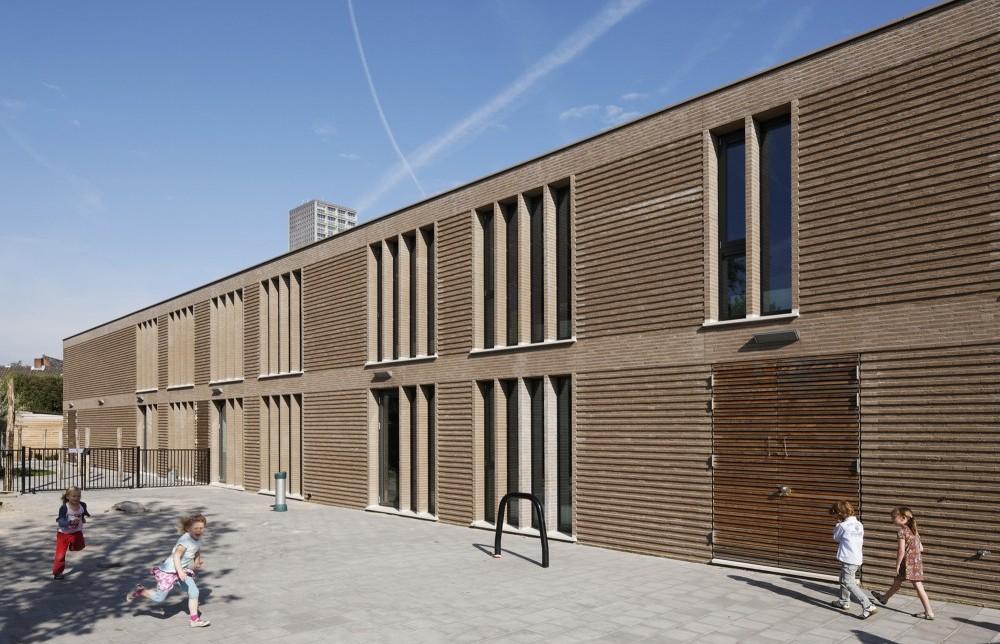 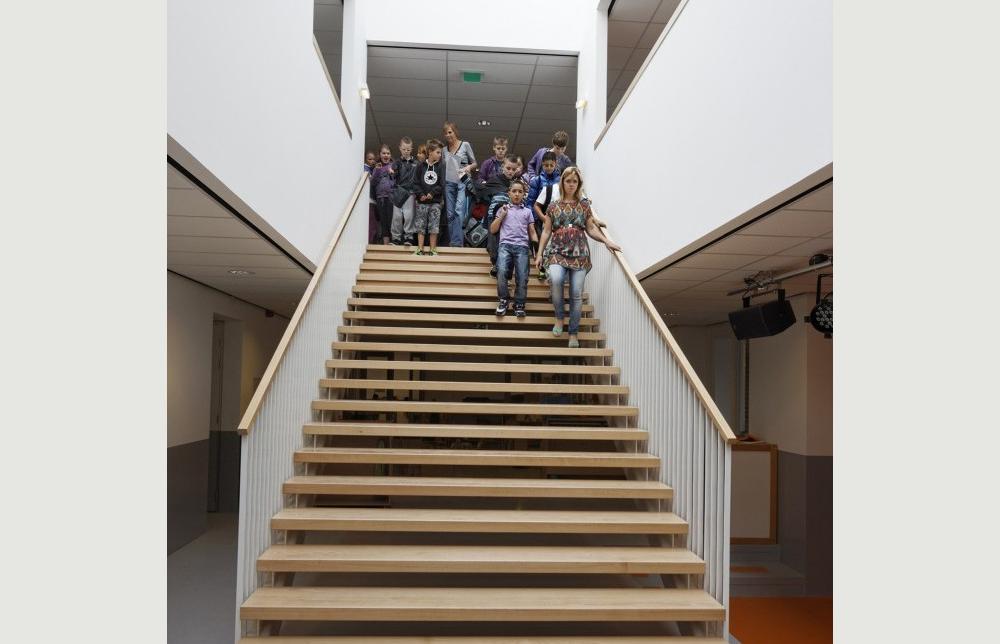 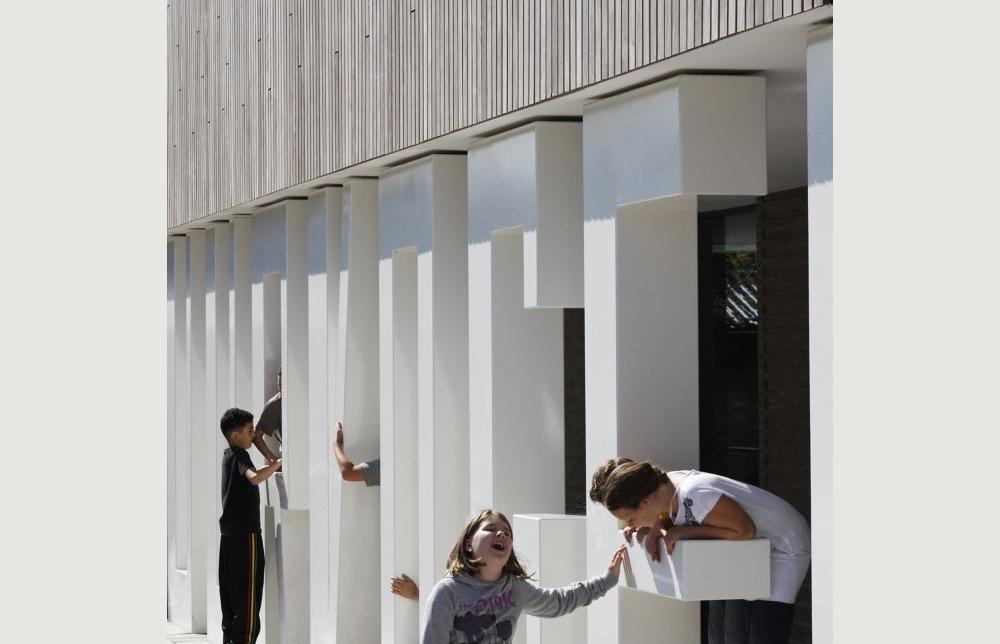 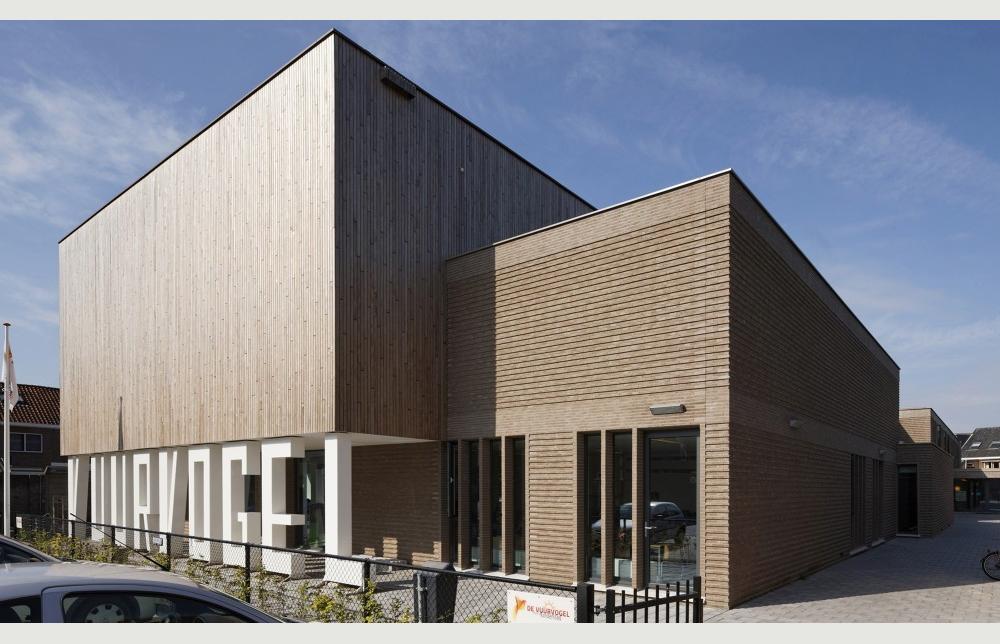 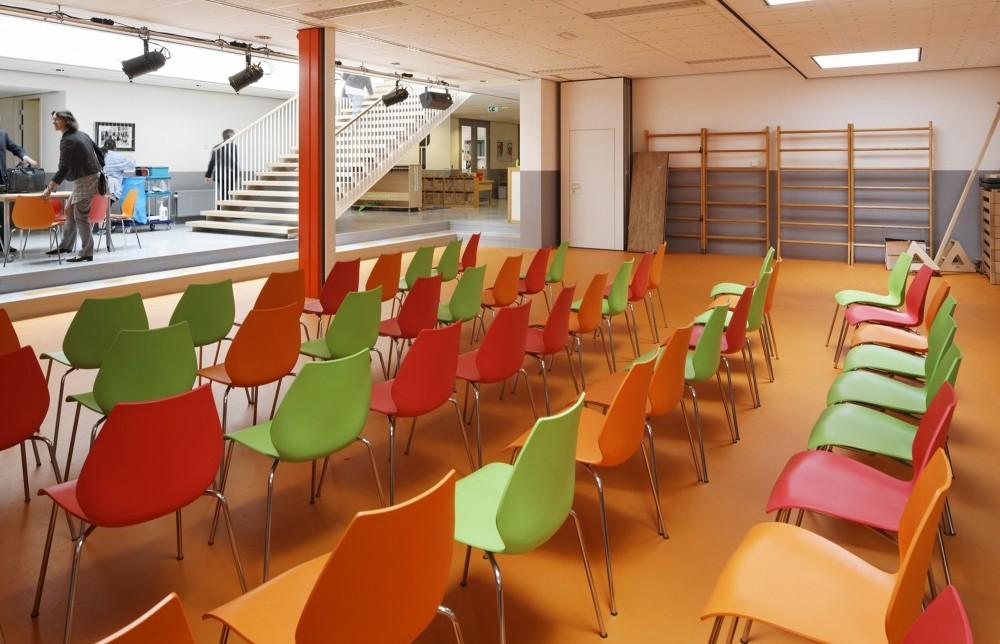 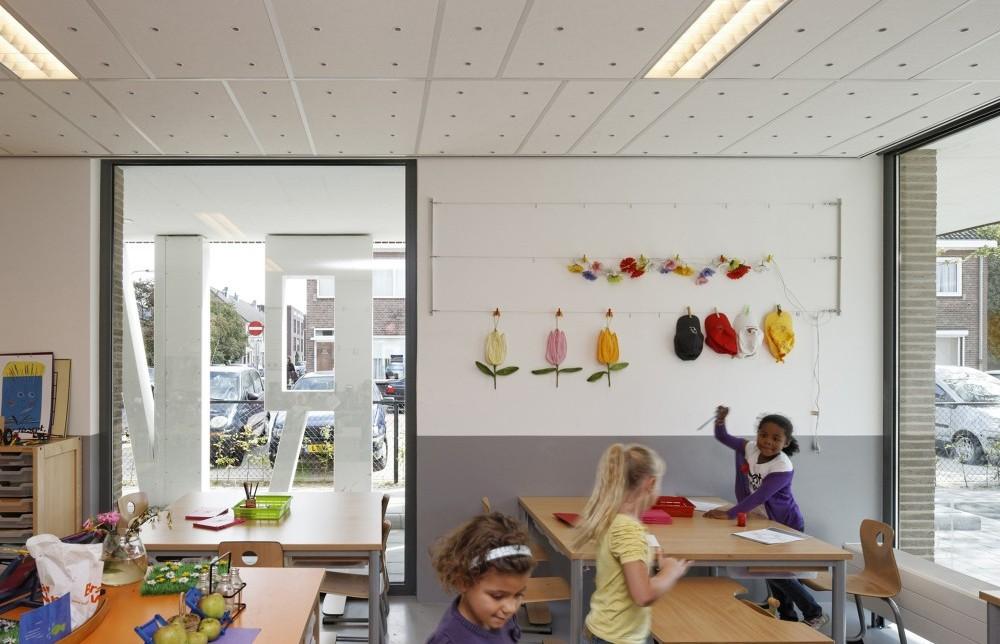 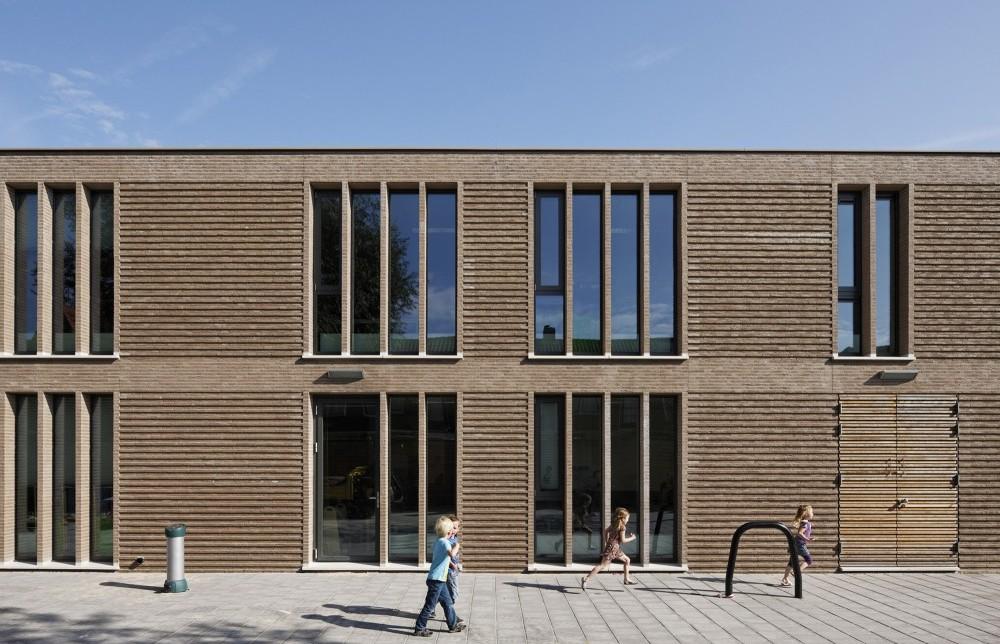 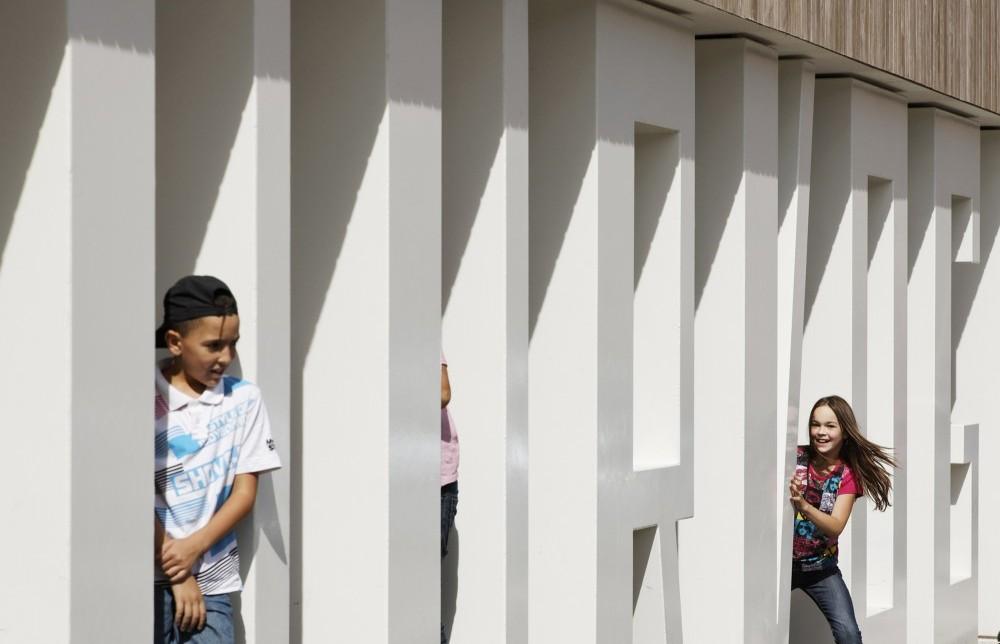 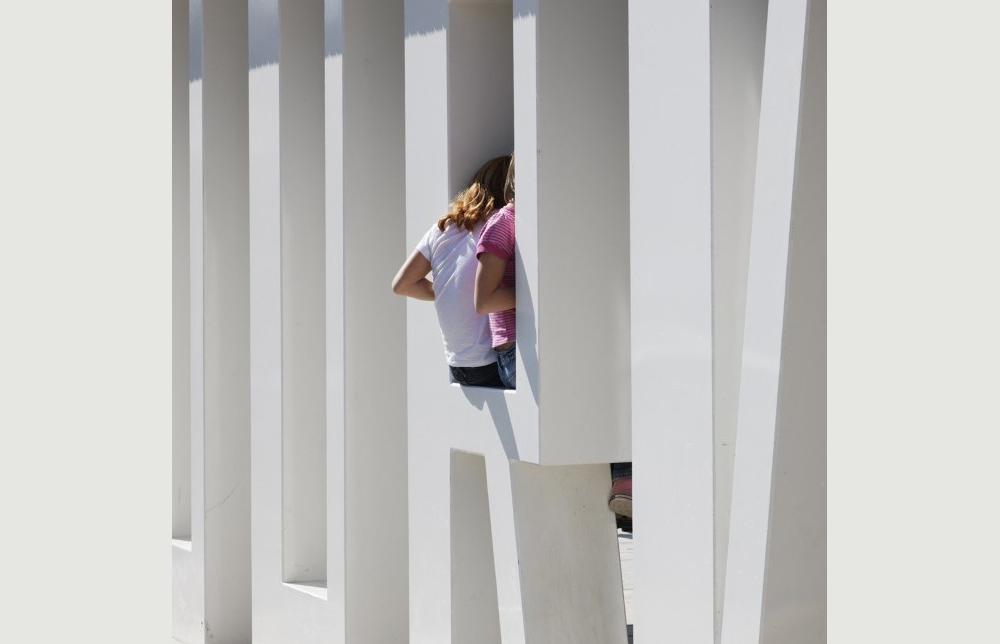 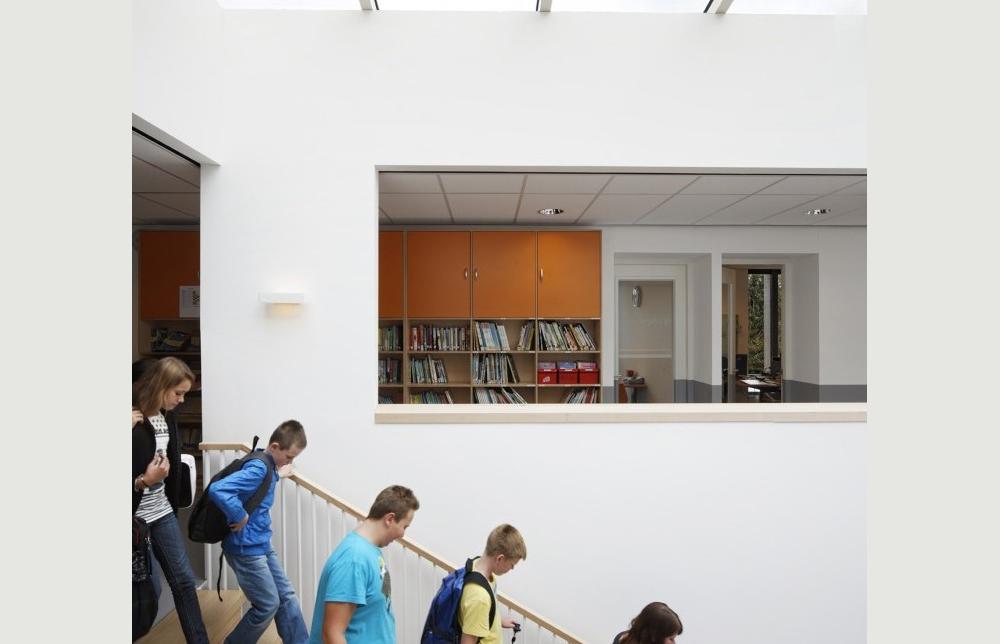 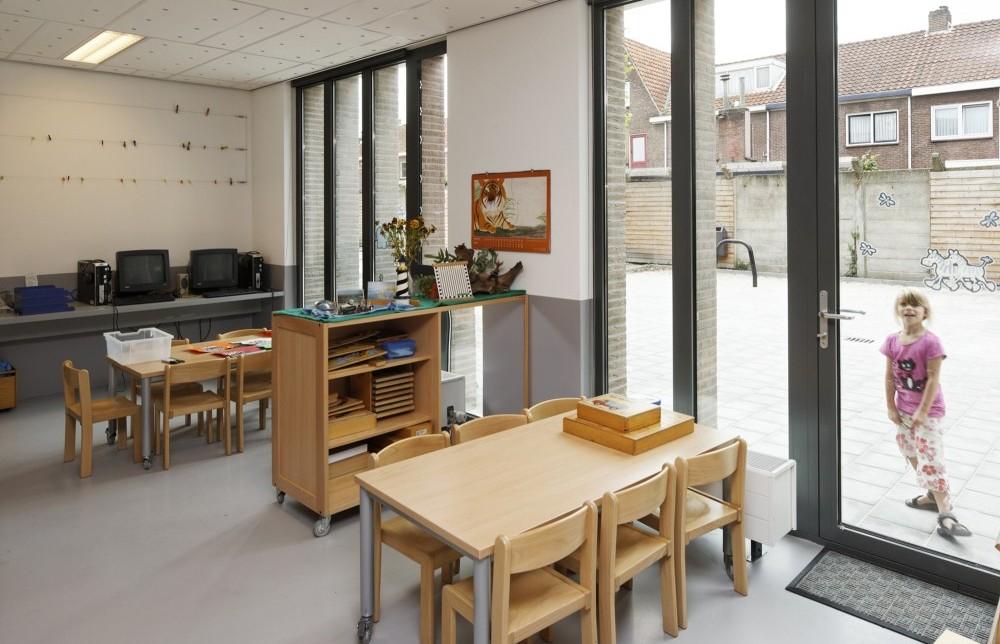 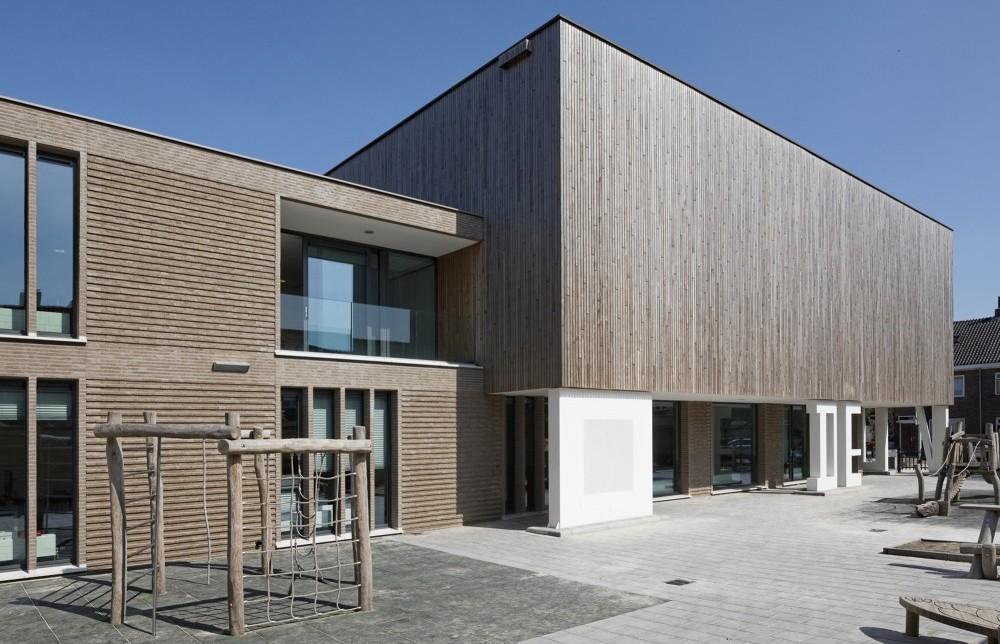 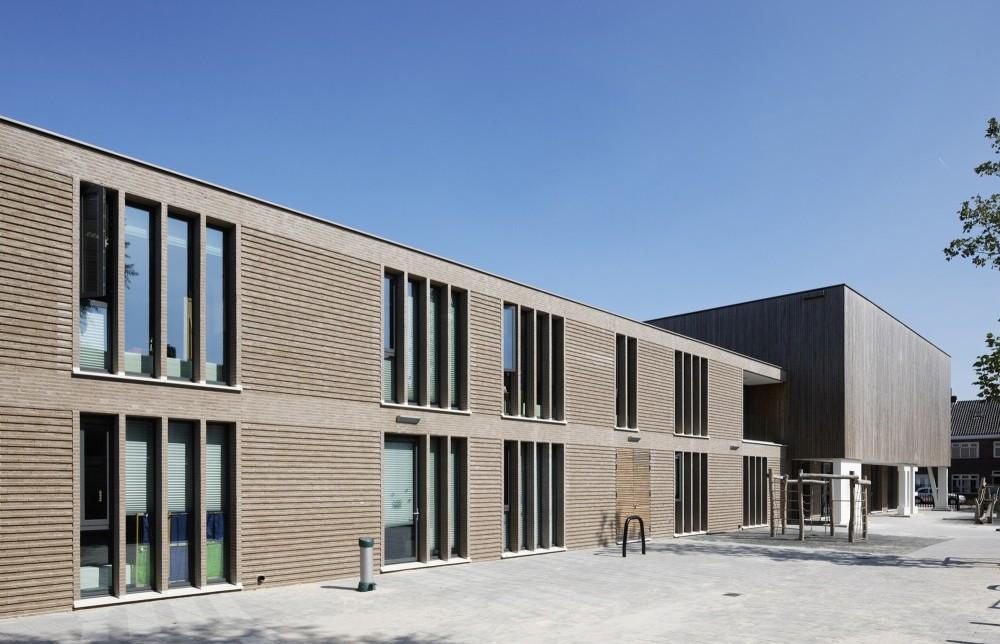 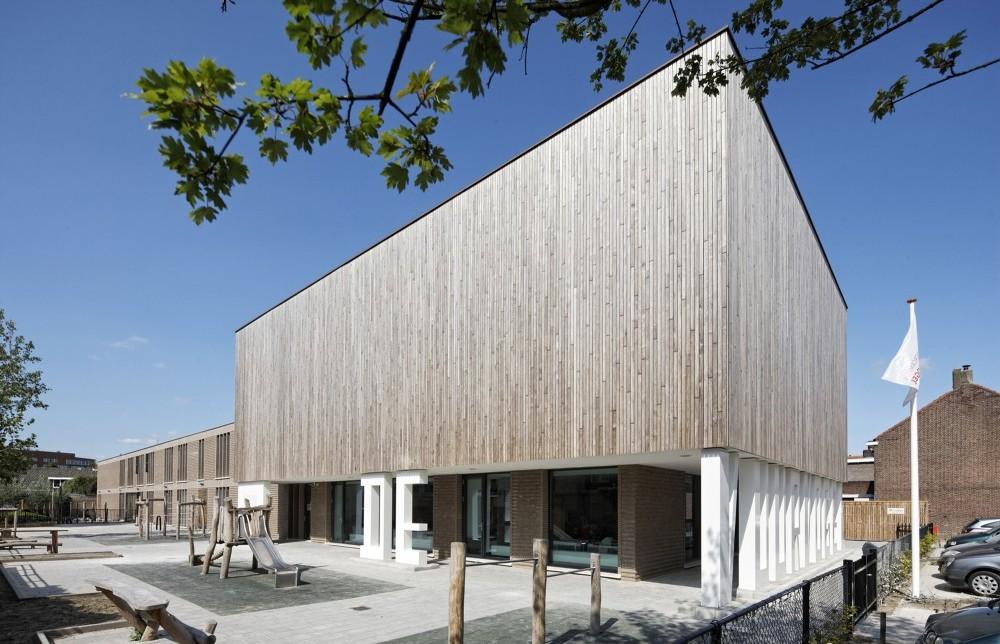 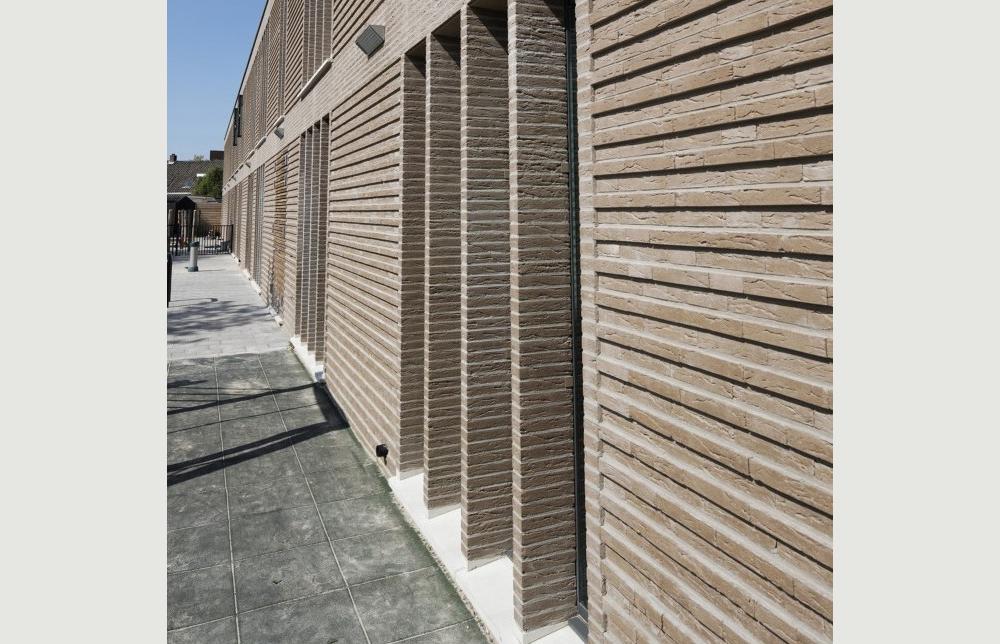 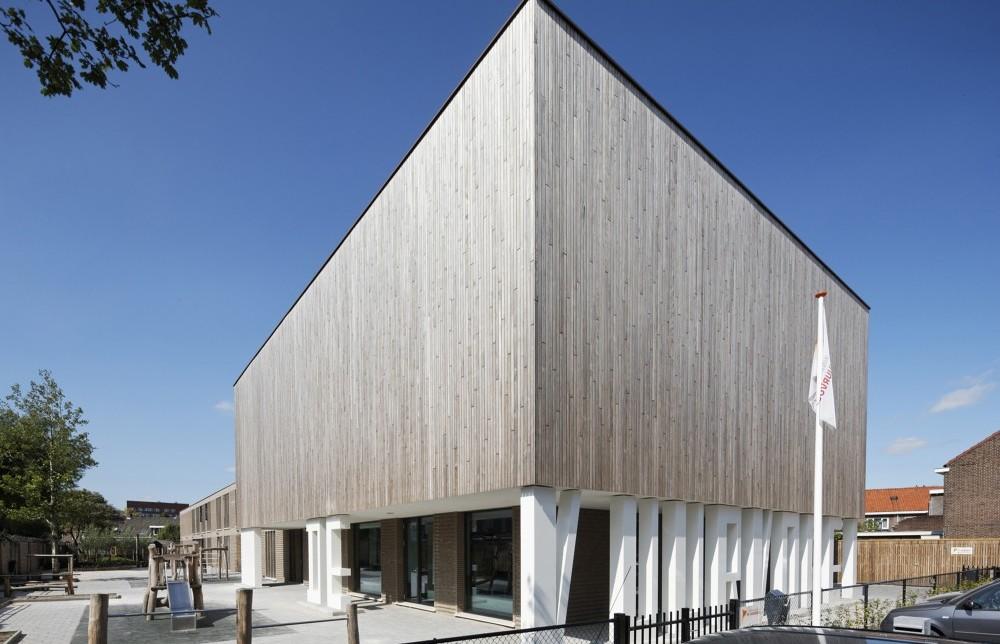 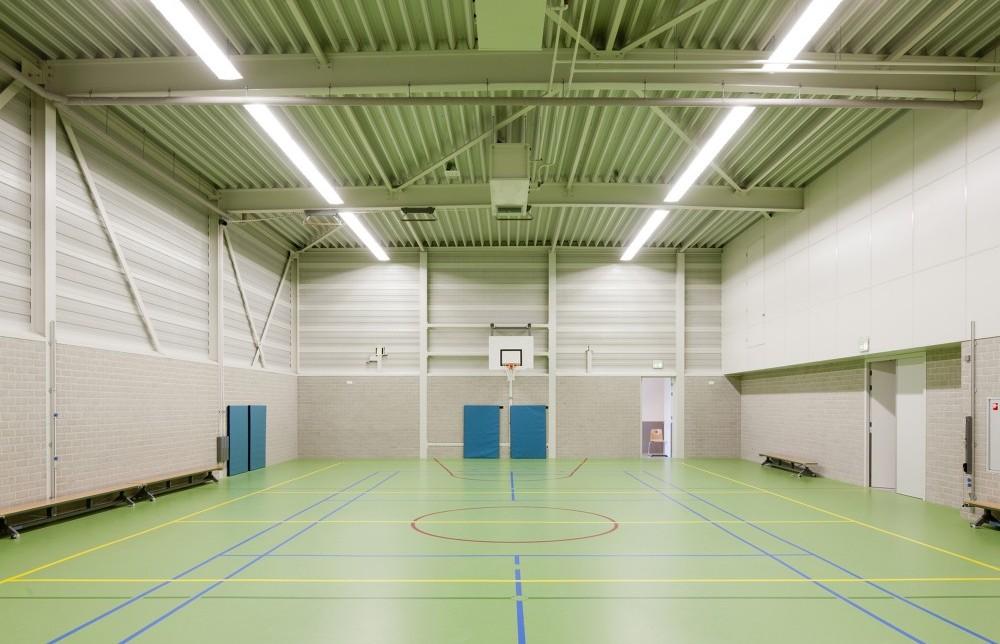 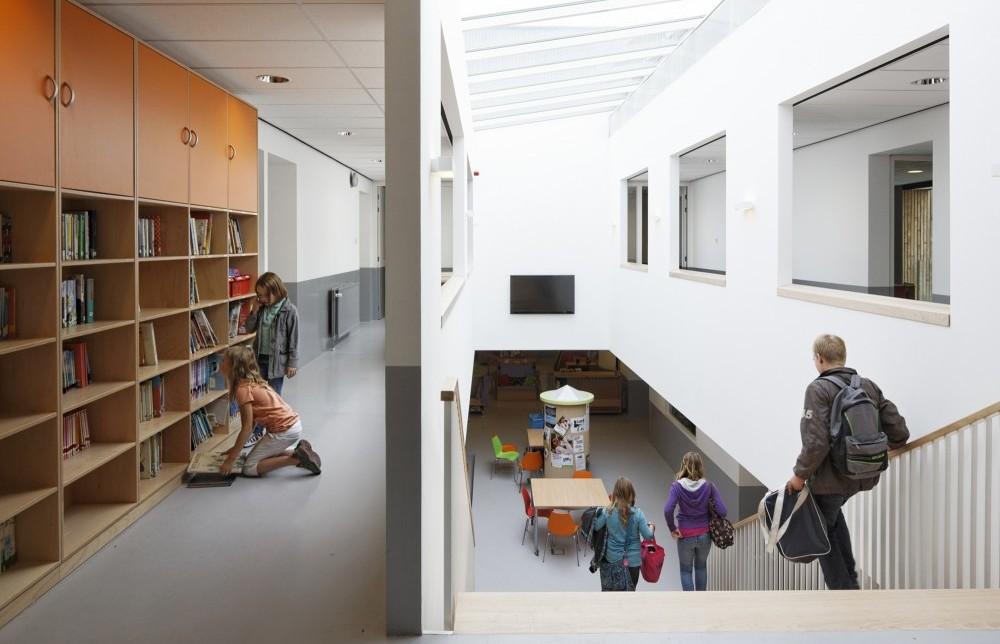 Grosfeld van der Velde architects recently completed ‘de Vuurvogel’, an educational complex consisting of a primary school with gymnasium, after-school club and day nursery; two different users under one roof. The complex was designed to be extremely compact in volume in order to realise the extensive programme on a relatively small plot that is surrounded on three sides by existing residential buildings.

The design was based on the concept of doing away with traditional corridor zones, with all functional rooms having a dual purpose as thoroughfares, thus making best use of the available space. The required flexibility was achieved through the multifunctional activity areas between the assembly hall and the classrooms.

The building was positioned on the plot such that space remained for a functional school playground, with most classrooms directly adjoining the playground.

The materials have been chosen with care: the façades incorporate a strong vertical pattern of brickwork mullions to help filter out the surrounding buildings. Close attention has been paid to the detailing of the brickwork, to which the stepped horizontal layers provide a distinctive contrast. The cantilevered gymnasium adjoins the public space and defines the entrance to the complex. It is finished in timber slats and appears to stand on steel box letters spelling out DE VUURVOGEL.

For the interior, unobtrusive materials and a low-key colour scheme have been chosen: a uniform light grey cast floor and epoxy wall coating, combined with the clear white ceilings and beech wood accents, provide a tranquil background for the many colours that go to make up school life.

The complex is the first educational establishment in the Netherlands to apply the TNO Frisse Scholen concept (CO2-controlled ventilation, in which fresh air is drawn in through the perforated ceilings). The system has been almost invisibly integrated into the building.