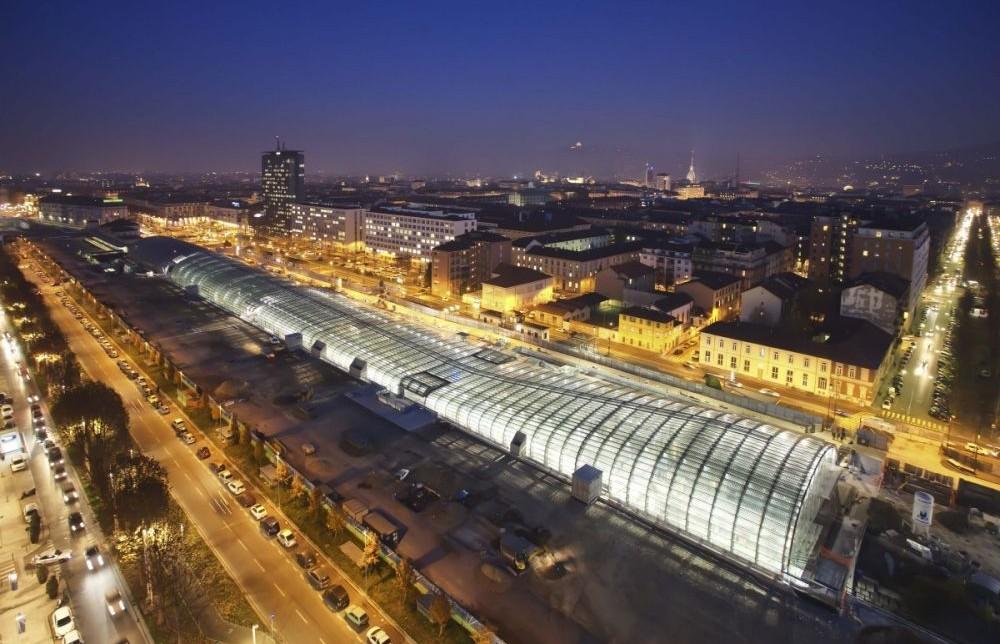 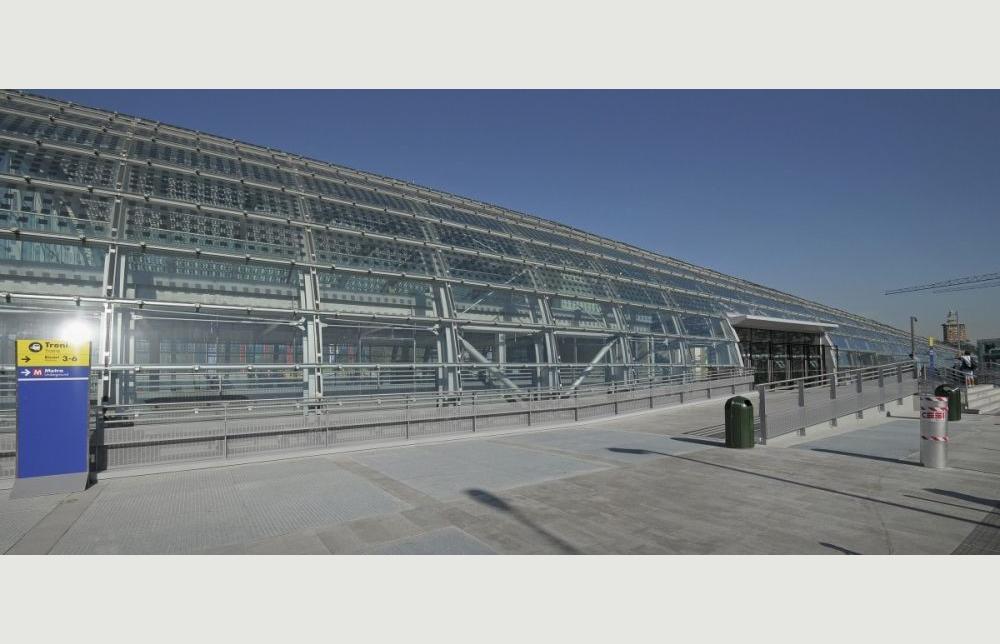 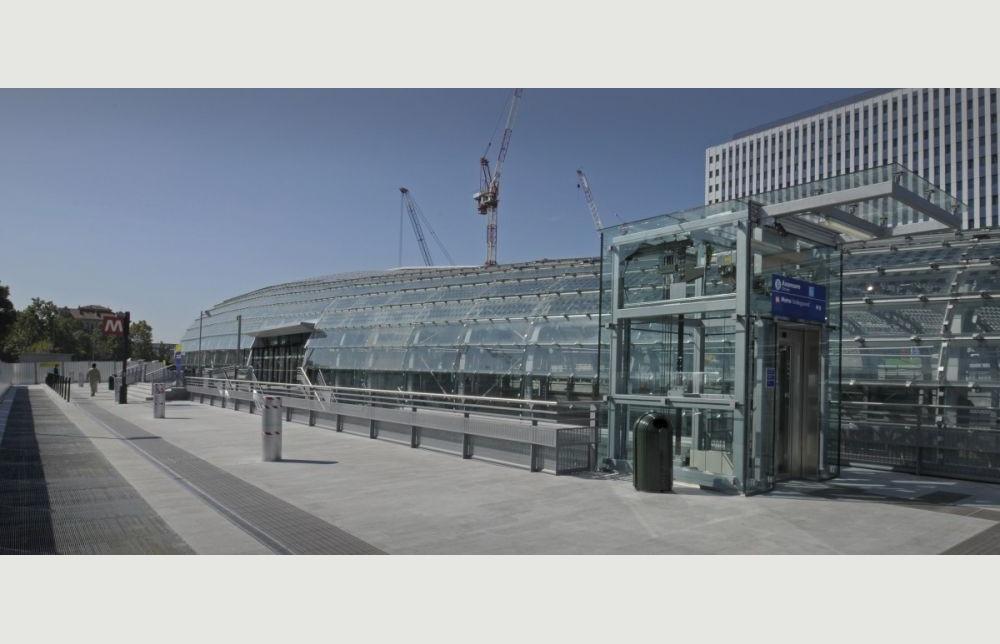 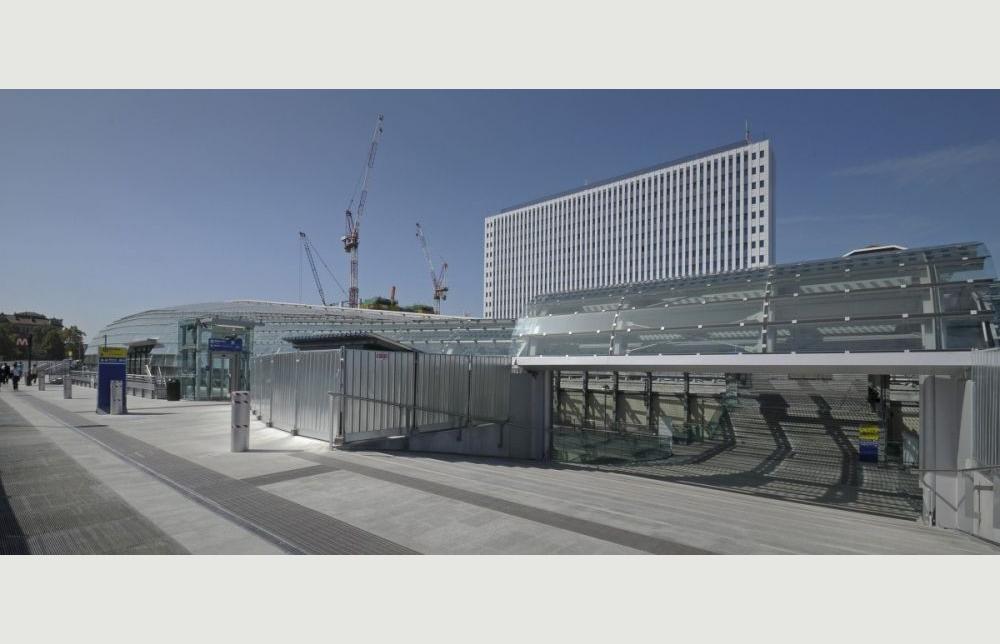 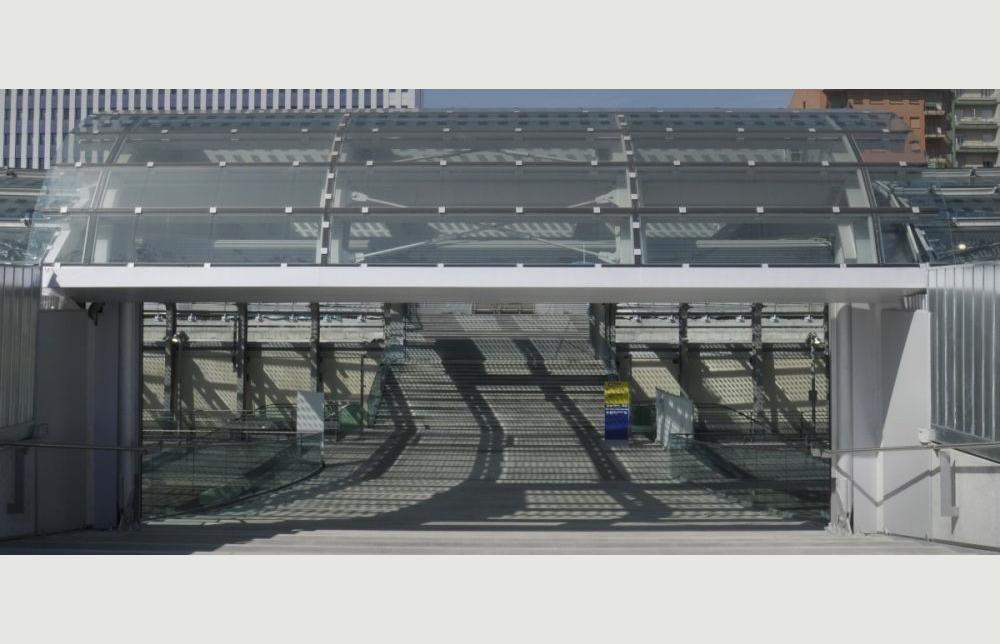 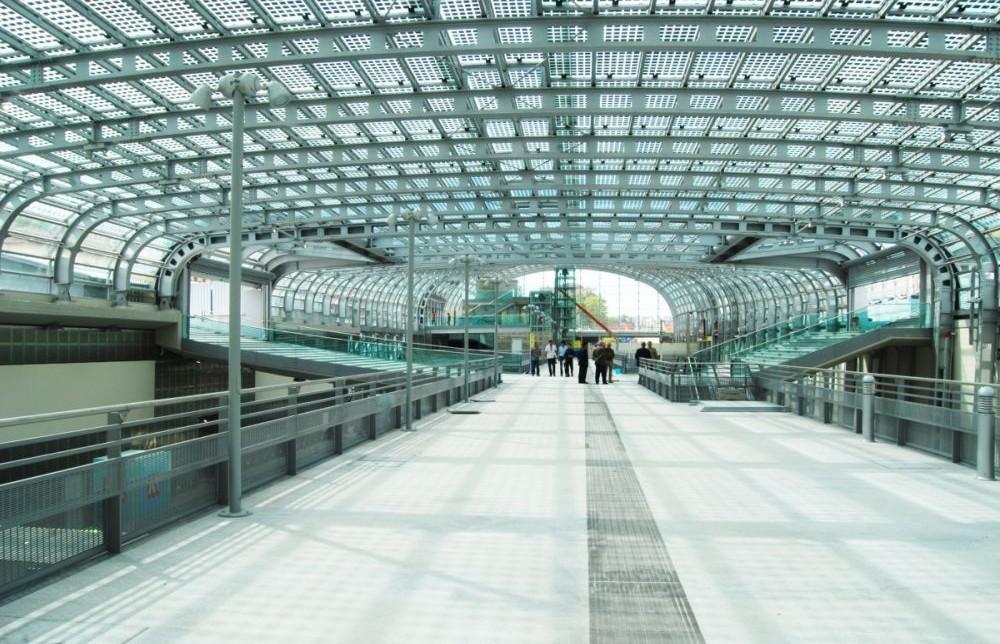 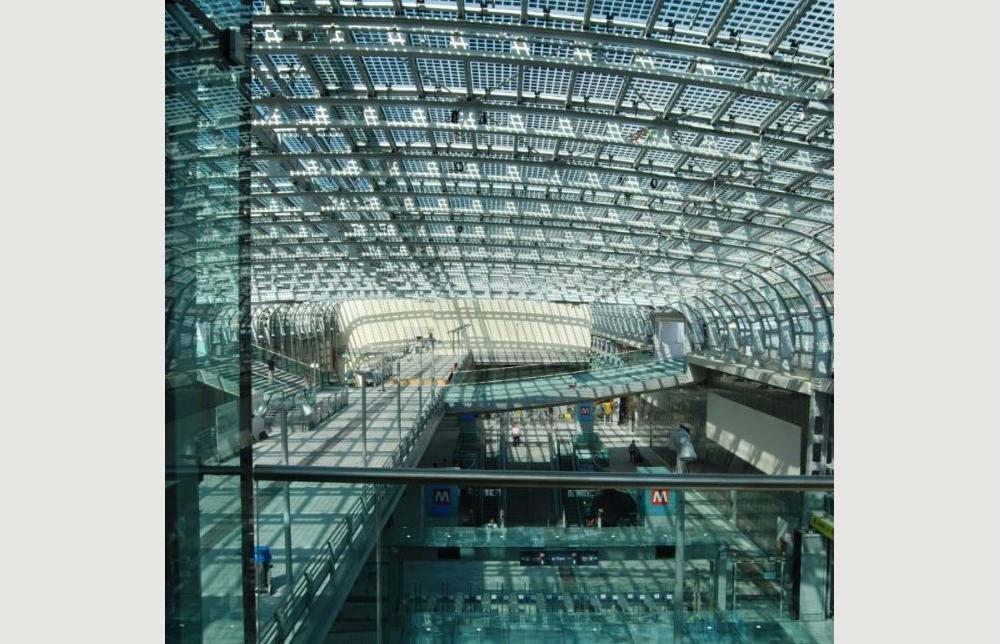 The Porta Susa station is being completely rebuilt for the arrival of the TGV in Turin, the first Italian station on the Paris-Rome line. The rail corridor that had formerly cut the city in two has been profitably placed below ground level, leaving a site for the creation of a new urban boulevard “La Spina”. This recovered space is the setting for a major transformation of the Piedmontese capital. The new station is positioned alongside the tracks, as if extruded by the rails, and incorporated into the city grid. Its explicit form accompanies and expresses the passage of the trains below the avenue. On ground level, it takes the form of a glazed gallery extending over the length of a double TGV train set, equipped with solar cell modules to provide lighting.

Echoing the 19th-century galleries of which Turin boasts several kilometers, the new pedestrian avenue with its glazed roof is both a focal point of urban elegance and intermodality.  Covering a distance of 400 meters, it links the two sides of the city and connects the two lateral traffic arteries, the Spina and the Corso Bolzano, by absorbing the height difference. In its wake, ramps and escalators lead down to the platforms and, at the lowest level, provide a connection to the metro. Pedestrians travelers crisscross one another along the length of this pedestrianized avenue.

The long gallery generated by the railway line and the city has an annular structure with a number of raised segments creating canopies to mark the entrances. A 100-meter tower block at one end contains hotels and offices. It indicates the location of the station in the city and echoes the Mole Antonelliana that has dominated Turin for over a century.