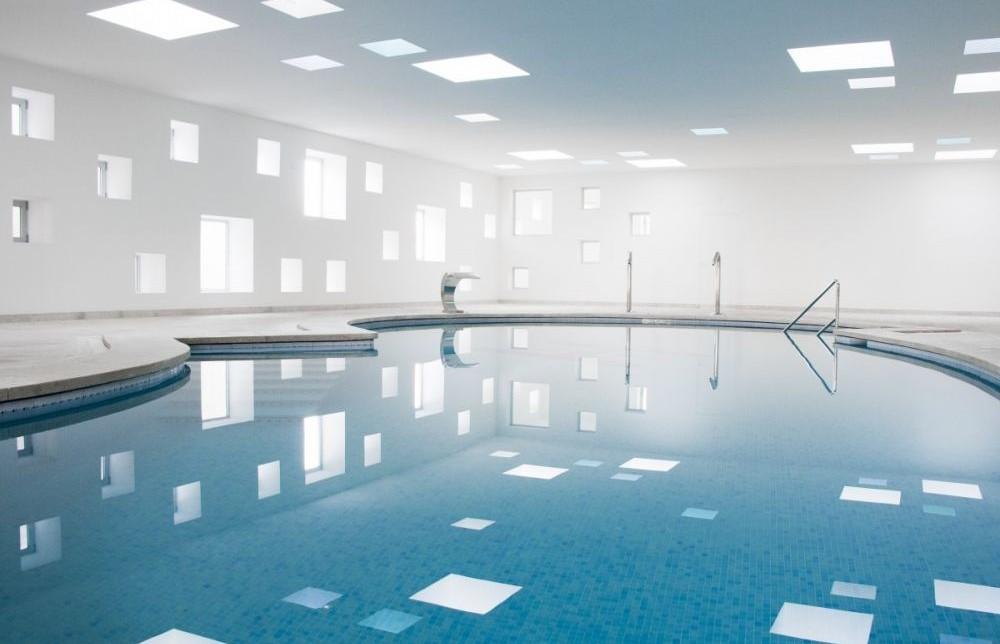 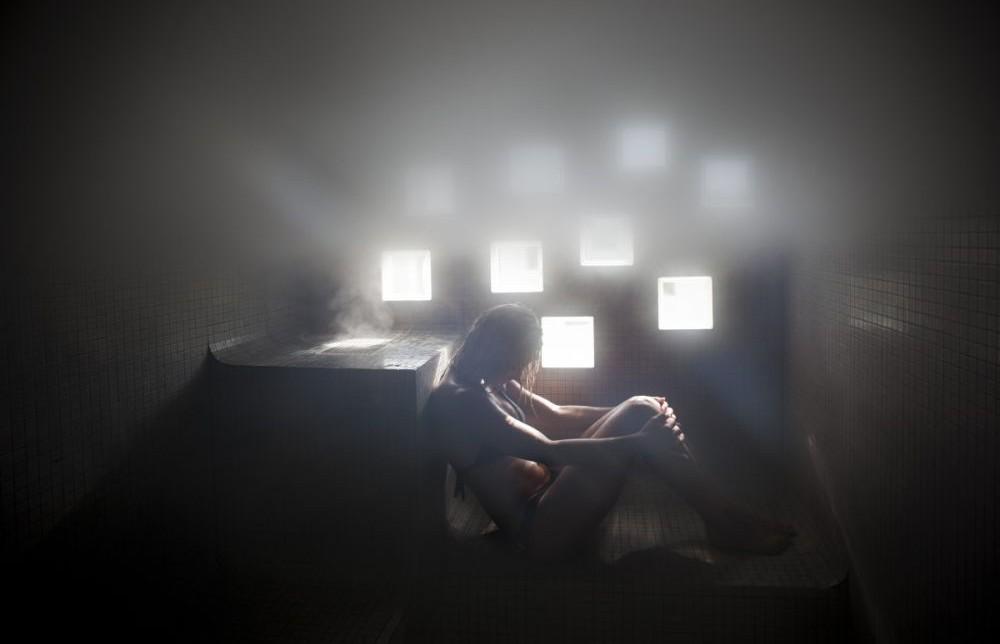 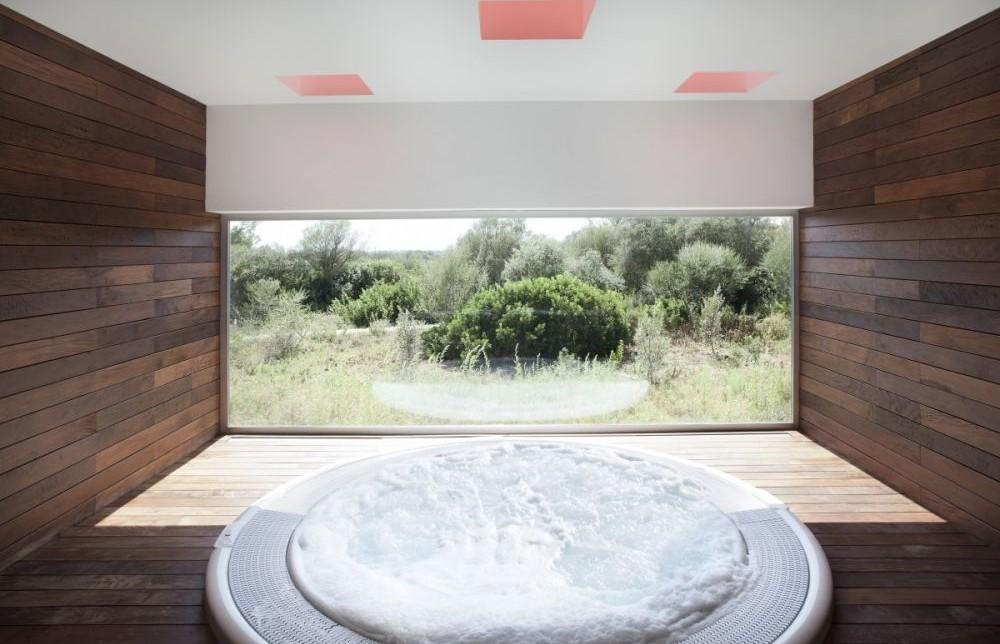 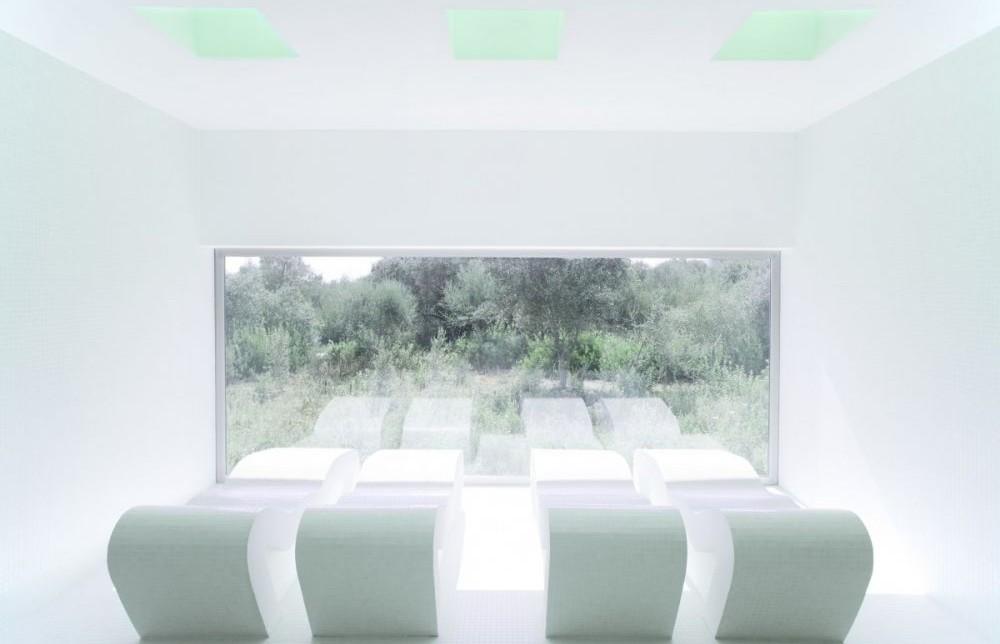 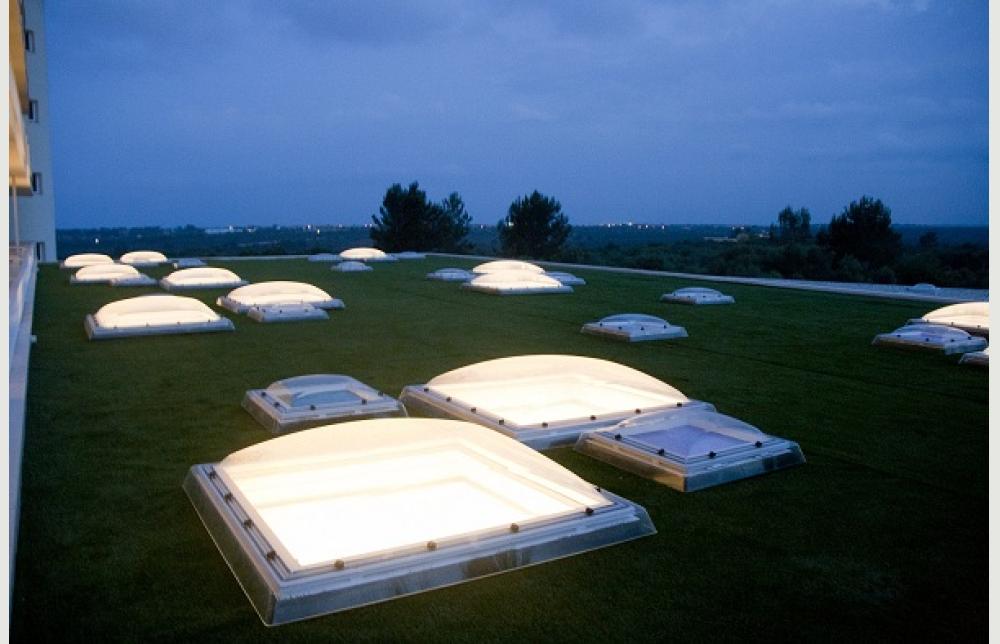 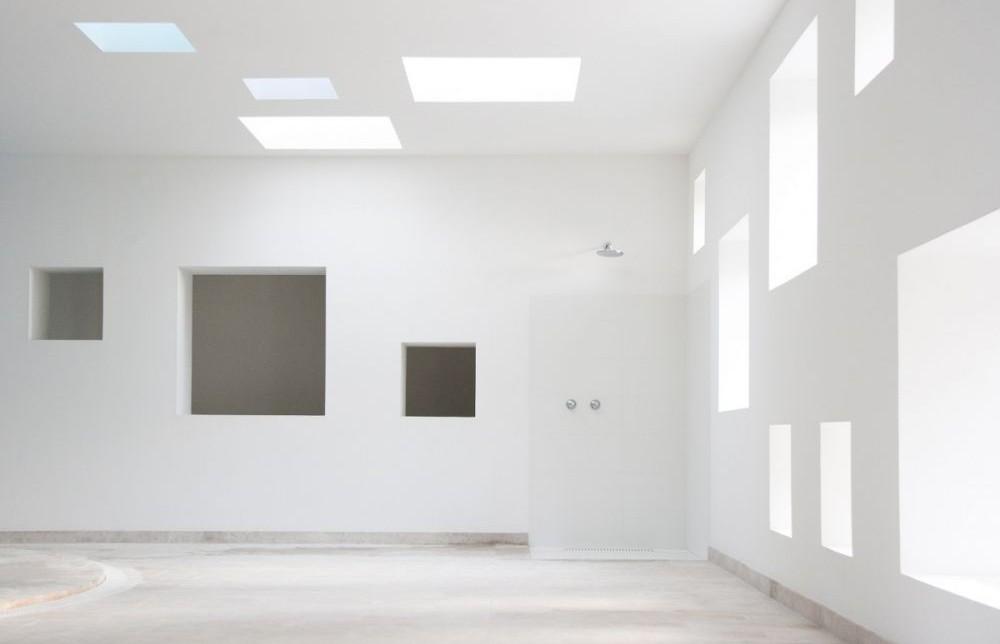 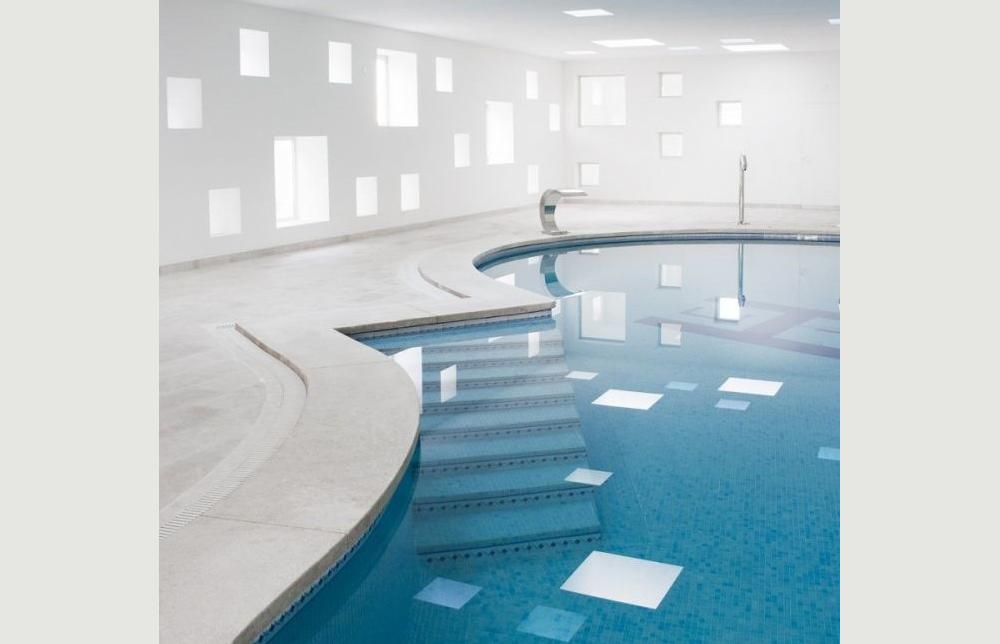 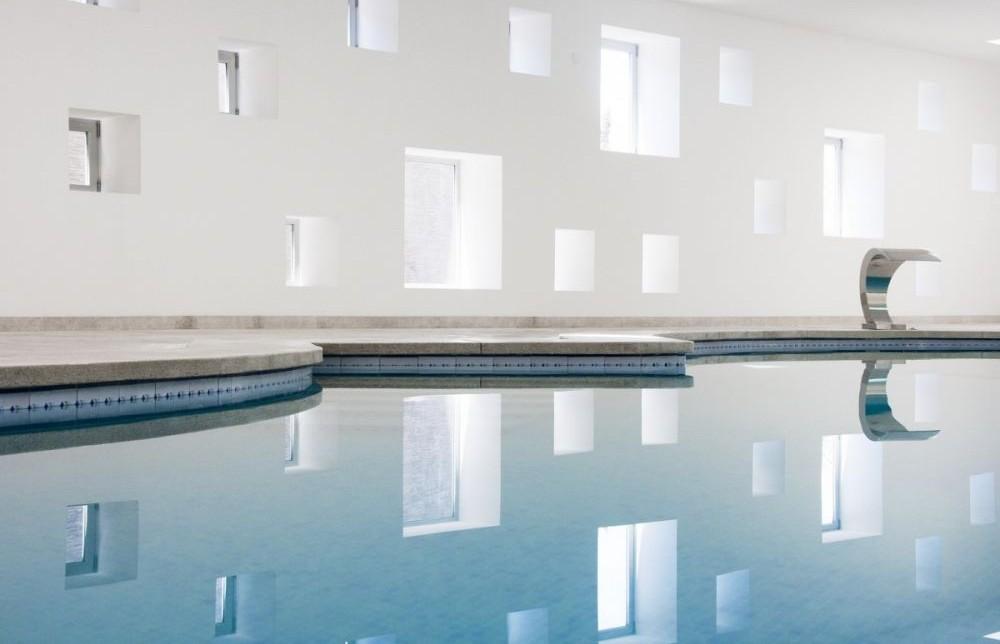 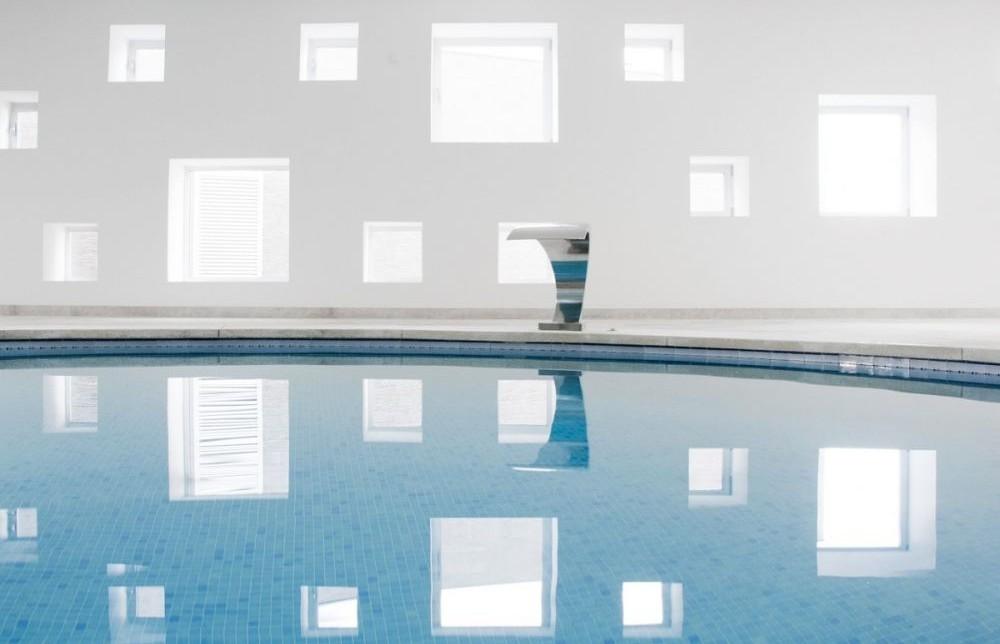 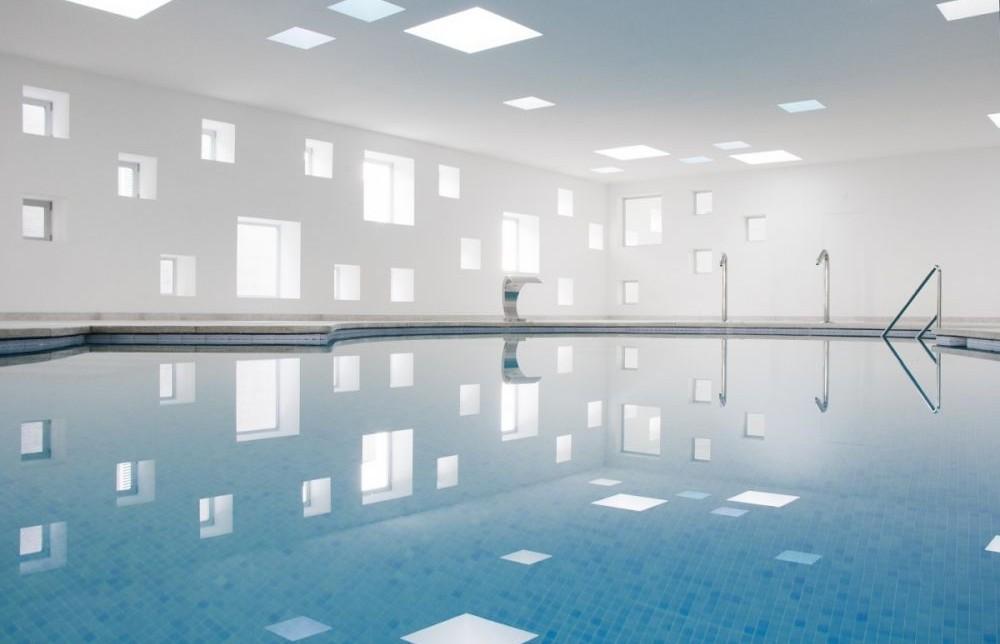 In 1967, a small hotel, Hotel Castell dels Hams, was established on the island of Majorca amid the Mediterranean vegetation. Over time, and through subtle improvements and extensions, it has become one of the most distinctive hotels on the eastern part of the island.
The last of the alterations, meant to celebrate the Mediterranean light and the location’s idyllic bond with nature, turned the hotel into much more than just a holiday destination.
The work centred on replacing the covering and enclosure of the existing heated pool and to create an adjacent spa to supplement it.

During development, the project was split into two independent zones, each designed to suit its own specific purpose.
The main pool area is adorned with a series of square openings for windows in the roof that allow the light to flood into the area. The spa intended for skin treatments and relaxation is located to give the visitors the best views of the surrounding landscape and is also filled with light in all rooms where light is needed.
The placement of the two zones makes them meet at a single point where one faces the other, so that they are interlinked. This gives access to both through the hotel lobby, which is connected to the main pool area.
The pool was originally connected to what was once considered the back of the hotel, where it was confined to a space that was clearly being wasted. The challenge of the project was not only to stop the new areas from being used as secondary features, but to ensure they were used to highlight the hotel’s sunniest facade. Now completed, the roof is dotted with windows. This interplay of window holes in the roof creates a beautiful dance of light reflections inside

The existing pool has got new facades and a new green roof, which is dotted with a series of square openings. This interplay of window holes creates a beautiful dance of light reflections in the building.
In the spa area, the space is sculpted and colourful showers of light flow through the openings in the roof. This makes the building itself part of the treatment, offering the feeling of well-being created by nature when it is introduced into the building, a feeling of total immersion for the visitor.