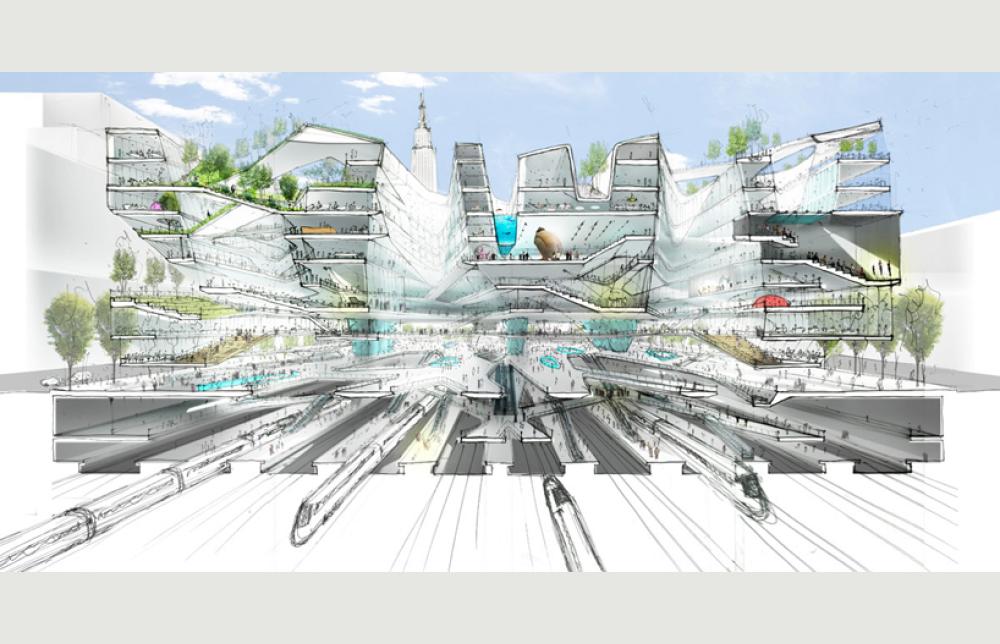 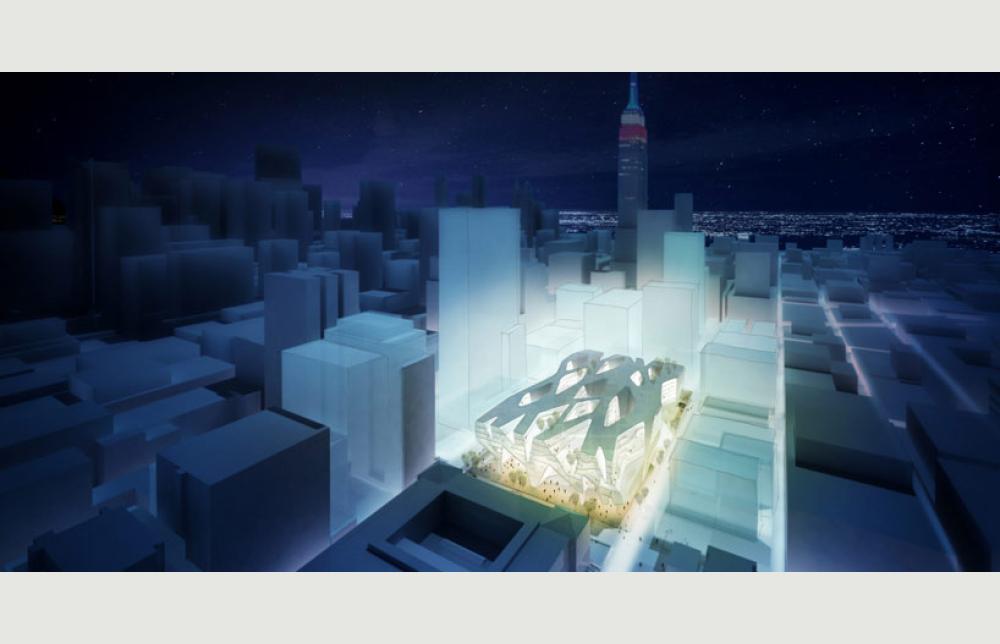 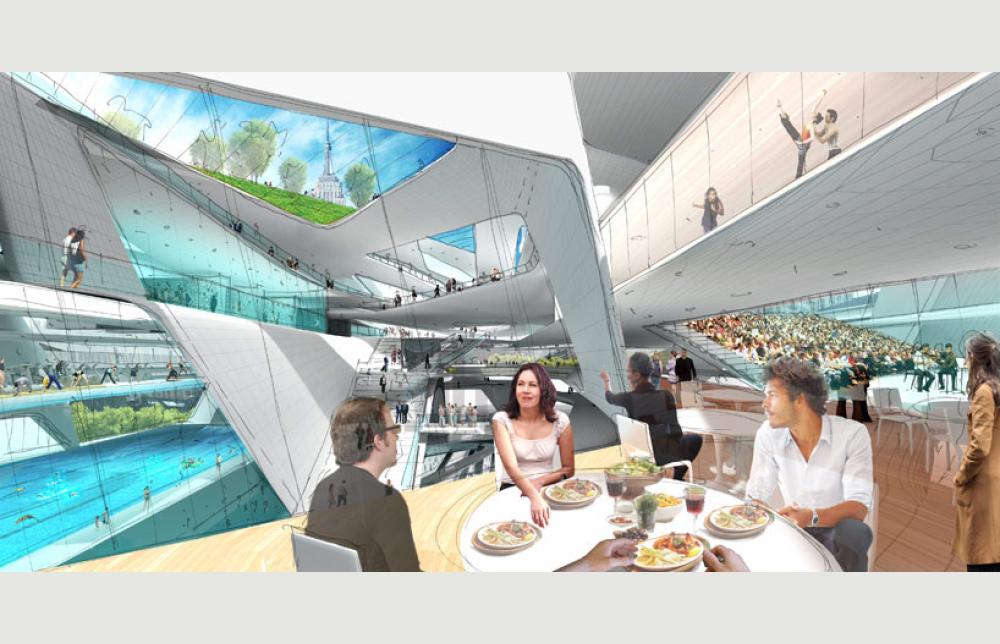 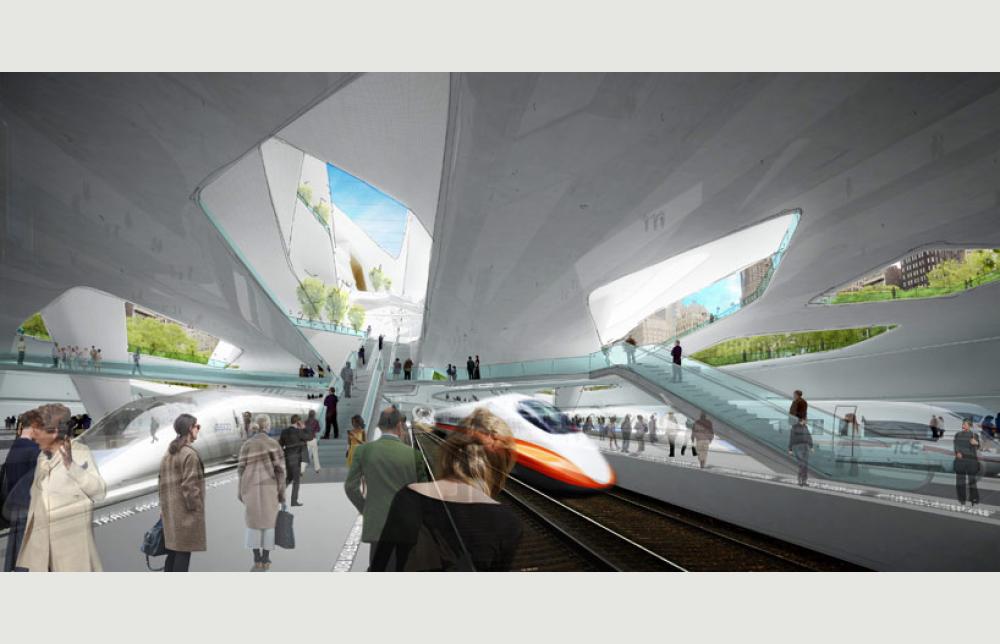 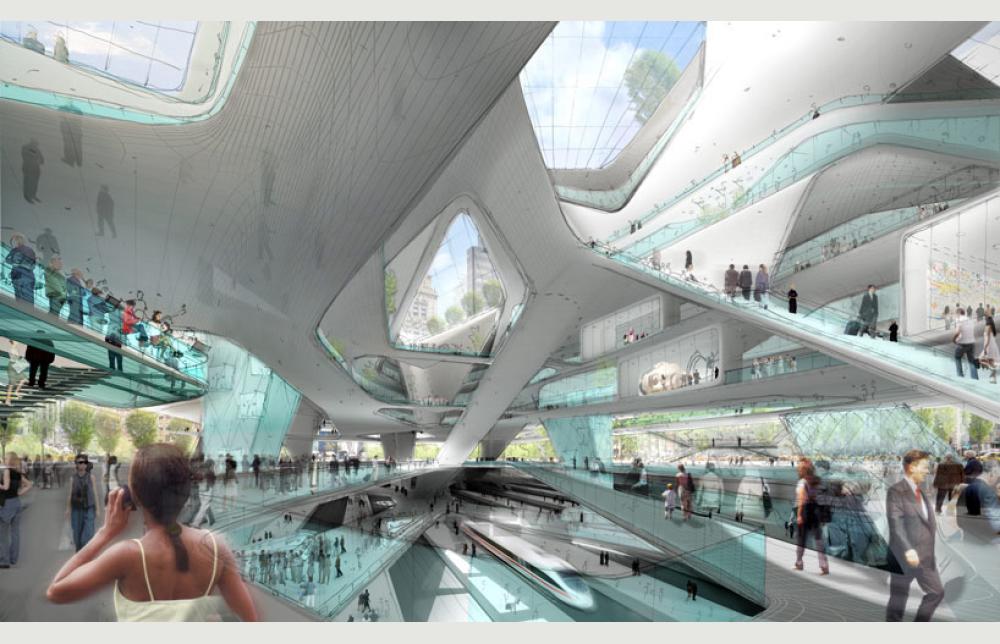 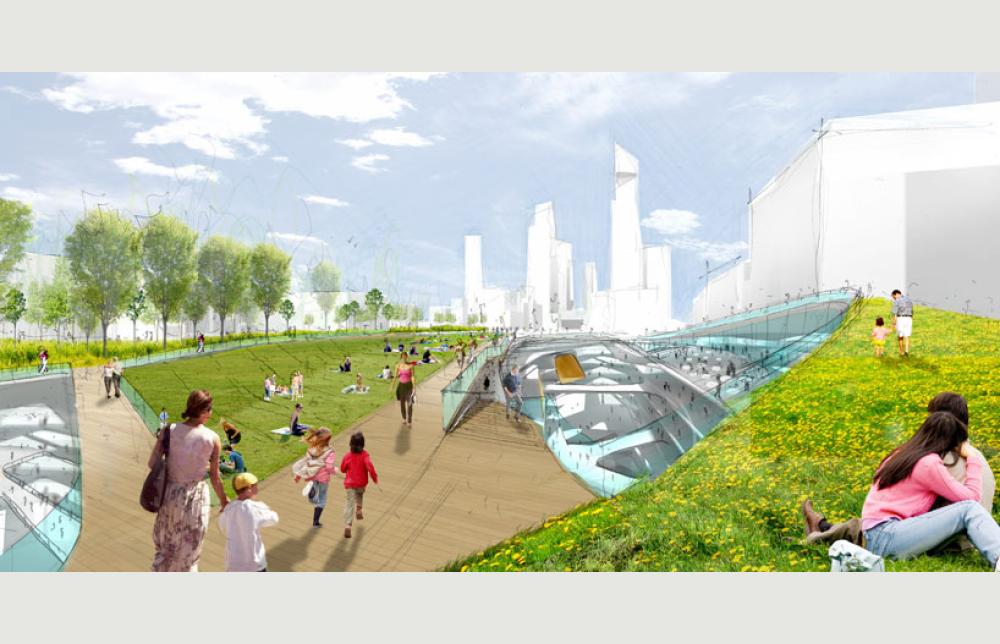 one of the proposals submitted and discussed during the municipal art society of new york’s open critique for the new penn station and madison square garden design is that of local practice diller scofidio + renfro, which focuses on the key element that dictates human space and activity all stations: time. departure and arrival times are the most important factors in the use of space and is solved through a complex layering of program that organizes it into zones based on the time they require. fast traffic is kept on the ground level where the tracks are located, while the remainder of the program above represent gradually slower circulation until reaching the green rooftop garden, a place of repose and relaxation with views of the city.breaking from strictly transport-related functions, ‘penn station 3.0’ will serve a new variety of visitors including ‘commuters, office workers, fabricators, shoppers, foodies, culture seekers and urban explorers’. the structural logic follows the conceptual layering; with folding interwoven planes interrupted by voids and crevices, a new monumentality is created which allows  the flow of air and light to all parts of the building and the visual connection between programmatic elements, no longer individualizing each zone but instead layering what could be considered individual fibers within an integrated shell. the end result is something like a city within the city. focused on improved transportation for the millions of daily visitors, the structure is intended to become a public building with activities to suit any interest. in this scheme, madison square garden is relocated to the west end of the farley building accessed from eighth avenue.