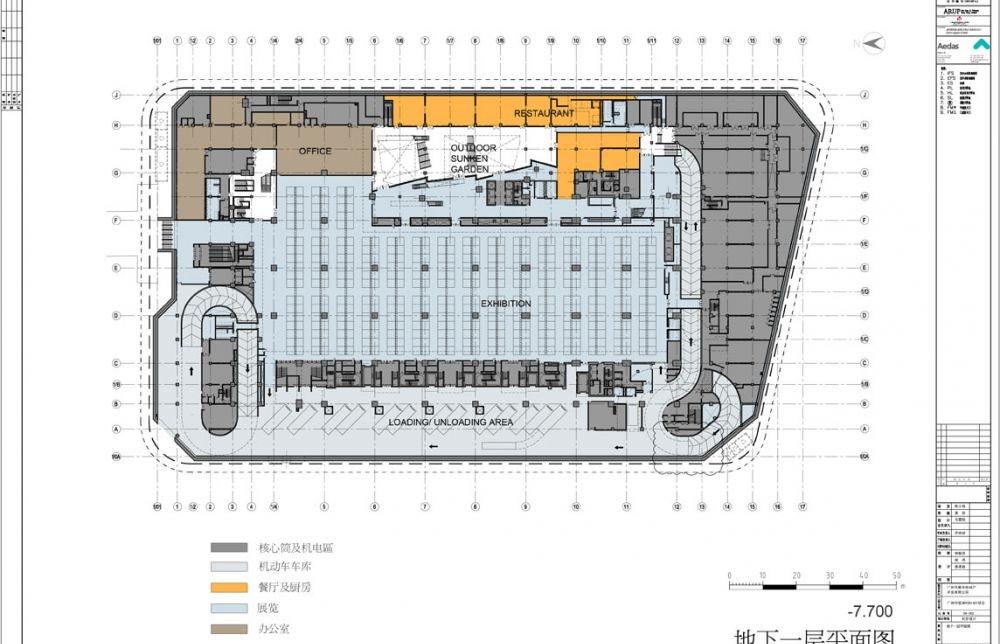 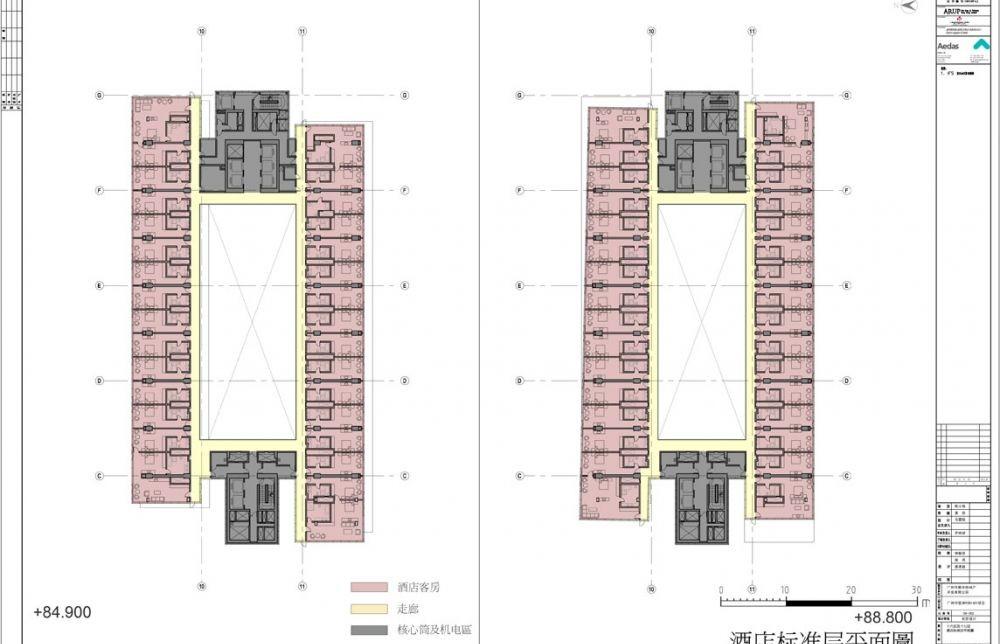 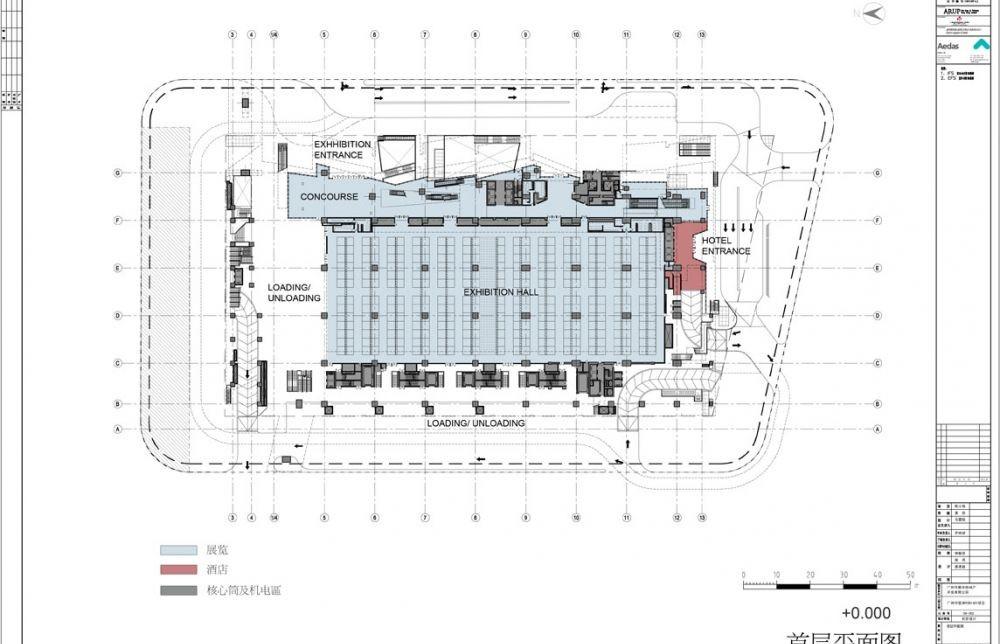 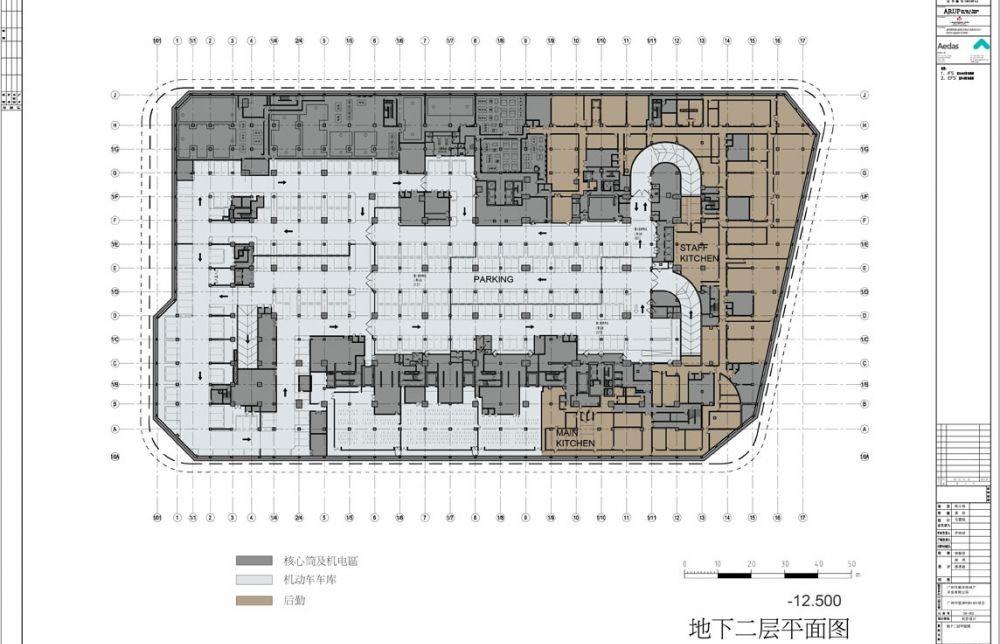 The design of the Pazhou for a new exhibition mixed-use complex in Guangzhou was a direct result and manifestation of an interesting and unique mix of relationships both internally as well as contextually. As a mixed-use project, the challenge of how different program uses work together functionally in a supportive, co-dependent manner, helping to increase the success of the individual programs 150; is an exciting design opportunity in itself. When this complex is divided into two separate sites, which this project is, and when these sites are separated by a third independent site, which this projects is, and this dividing site contains a building which, can we say 150; does not aspire to the same level of design as this project aspires to 150; than not only is this an exciting design opportunity but a titillating and indefinable challenge which begs to be expressed in built form.

The project itself is centrally located with Guangzhous large, existing exhibition center zone. This district, within a spit of land in the Pearl River immediately outside of Guangzhou center, affords views to the water from both directions, although the project fronts directly onto one of the water ways itself. The district is filled with very strong and bold formal design moves and it was deemed important at the beginning that, although fitting into the surrounding sensitively, the design should strive to be unique and iconic to give the project a strong and comfortable identity within its surroundings, aiding in its success among competing neighbors.

The site for PZB1301 contains multiple levels of retail spaces, supported by food and beverage. In the basement there is a direct connection to a subway station with a connection to the lower exhibition hall and supported with fast food outlets. On the second, third and fourth levels are retail outlets, and food and beverage venues. The fifth floor becomes more food and beverage focused. Floating above the podium is the Exhibition Space Office Tower which is an extension of the exhibition activities below but also convertible into office space.

The site for PZB1401, which is connection to PZB1301 through an extension of the subway station tunnel in the basement as well as pedestrian bridge connection at the second level, has over 170 meters of separation between the two sites. In between them, again if we can say 150; is their somewhat banal mutual middle neighbor. This site is more regular and larger in size than its sister site which allows for a very spacious and well proportioned exhibition space. Like its sister, the exhibition halls occur from the basement to the third floor.

The third floor becomes more than a grand ballroom focused which also becomes a highly programmed floor for this sites program for a 500 module, 5-star hotel. The lobby, which straddles the other side of the pre-function concourse for the exhibition hall, has stacked support spaces until the fourth floor where these supporting functions have space to open up horizontally in the podium. This floor contains restaurants, bars and the fitness center. In the middle of this floor, tying all these activities together is the bottom of a grand 60 meter Atrium, which is surrounded by the hotel rooms of the tower.

The design response to the projects surrounding context and its direct and unapologetic reaction to this passive middle neighbor is the driver of both the volumetric placement of the towers as well as the articulation of both these towers and their podium. Early studies considered several options on how to consider the projects two sites relationship to their middle neighbor.

“Utilize” is an approach where the three sites all work together to harness the sites flow and increase the perception as a complex of power and size competitive with the surrounding neighbors. The major concern with this approach was that all three sites now operated equally and that the two sites lacked identity. Therefore, “Intensify” is considered.

This is a process that looks at how to increase the “volume” of the two sites with regards to each other with the hope of the middle neighbor receding in value and become more neutral. The advantage we have is the middle sites building is a very simple, unarticulated box. An exploration was done to see how to increase the intensity between our two sites.

Organic forms were considered but felt to lack uniqueness as the neighboring site uses a very strong sinuous section and it was felt important to find our own language within a context of very strong and diverse moves. We explored breaking down the massing, first vertically which did in fact increase the relationship between our sites and allow the middle neighbor site to become more neutral. However, the relationship between our two sites, although increased, was too static.

We then looked at a horizontal solution of how to break down the monolithic blocks, which, was not only found in the middle neighbor, but consistently in the surrounding blocks as well. This actually had the desired result where the two sites began to communicate with each other and the middle neighbor than began to become more of a back drop to the projects two sites.

This approach to massing articulation was then strongly amplified, in both tower and podium, to not only have the two sites communicate with each other, but with an impassionate dialogue. This static electricity magnetically ties these two sites together, perceptually binding both buildings over the 170 meters of separation using the middle neighbor solely as a conduit. The moves are deliberate and unashamed, allowing for a unified complex with a strong identify. The project will become a strong contextual icon set in the middle of its heavy neighbors as a dynamic design and expression befitting of these internal and external challenges 150; becoming a built-representation shaped and formed from these forces.