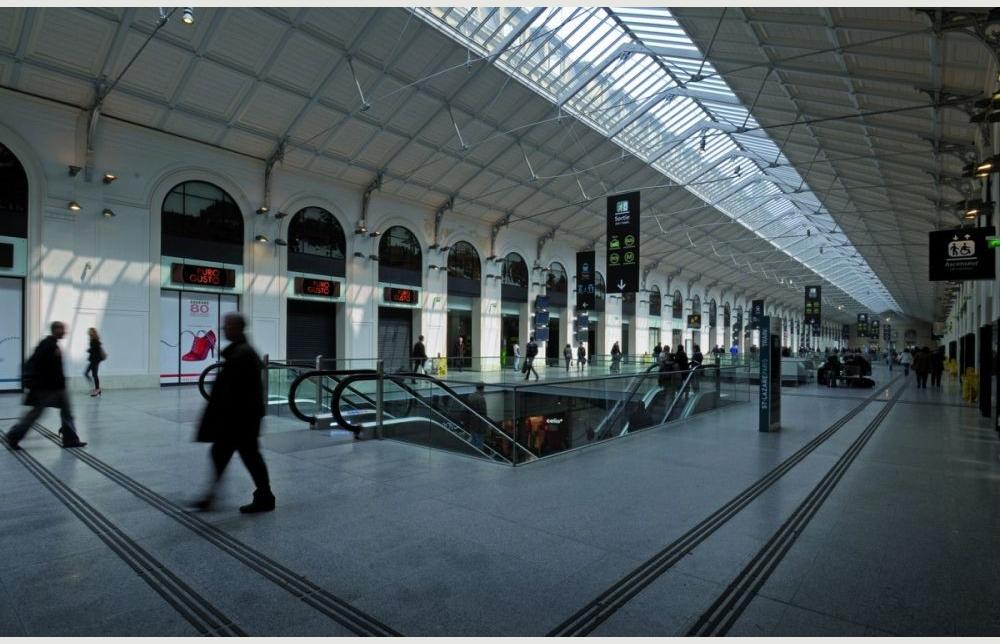 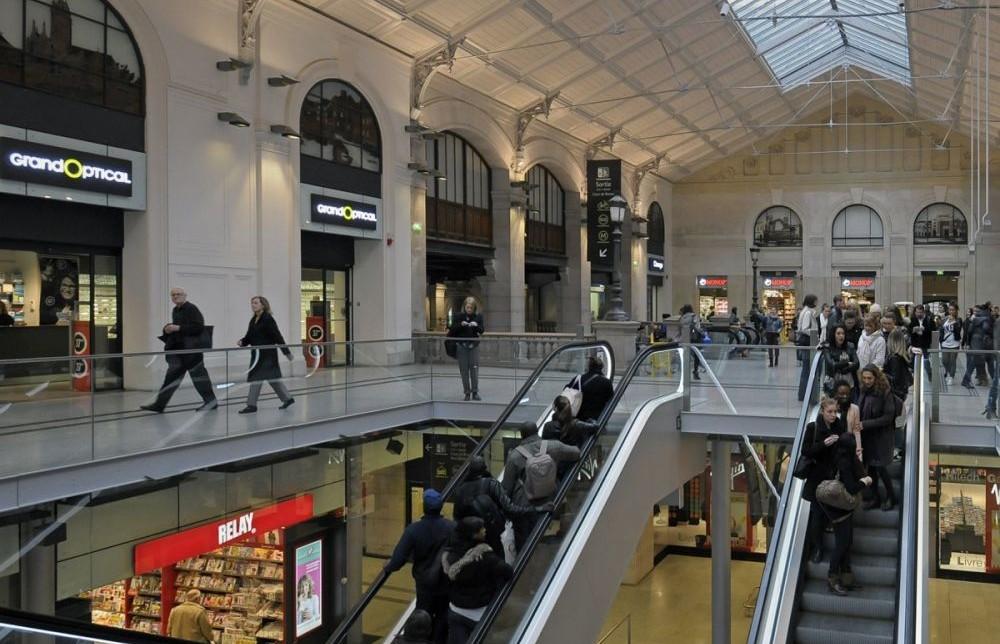 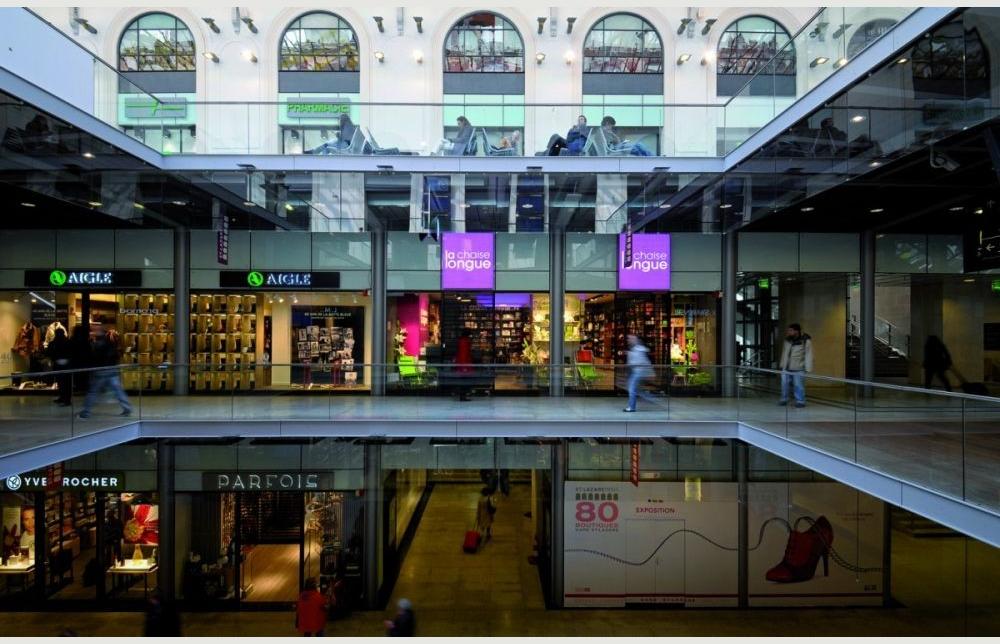 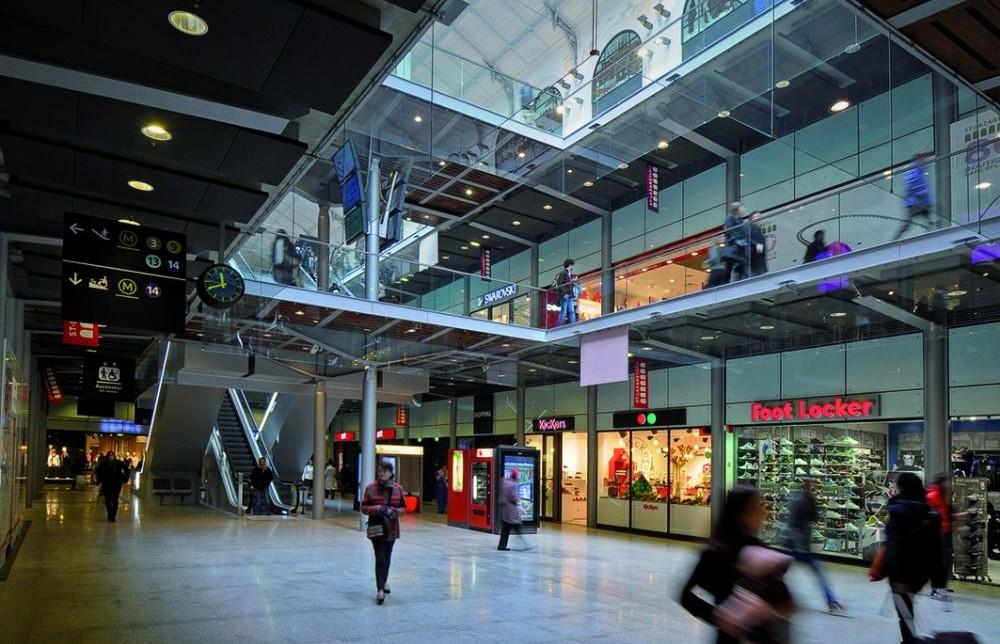 Opened in 1837 as the first railway station in France, Saint-Lazare gradually expanded with the addition of disparate buildings on a stretch of land bounded by the Rue d’Amsterdam and the Rue de Rome. In 1885 a single building with a classical façade united the various components of the original station and linked the Cour de Rome and the Cour du Havre. The Hôtel Terminus was added in 1889. Located in the Haussmann-Opéra quarter, the city’s main shopping and business district, Saint-Lazare station is a major commuter hub, the second busiest in Paris with 450,000 travellers per day. Since 2003 it has been undergoing massive restructuring of its key spaces – the main concourse, the Passage d’Amsterdam and Cour d’Amsterdam, the «heart» of the station, and the forecourt. This ambitious programme, launched in 2003 with the refurbishing of the main concourse, has three main aims. The first is to clarify and facilitate access to the station and its walkways, ease congestion on the main concourse, and improve conditions and services for travellers. The second is to preserve the building’s architectural heritage features, which are protected as a historical monument. The third part of this major renovation is the project to restructure the heart of the station. Passenger flow is reorganized around a huge vertical well, centred under the original building’s glass roof, which links the station’s three main levels (platforms, street, metro/RER). Four large shafts for escalators and staircases take natural light entering through the glass roof down to the level of the new metro/RER passenger hall, created to better regulate passenger flow. Some 10,000 square metres of retail provision are located along the walkways on this level. To complete the circulation facilities, two monumental staircases wind around glass-walled escalators in the building’s original east and west wings overlooking the forecourt. Two parking levels have also been built under the passenger hall. Creating these three underground levels involved major consolidation work to protect the original building, one of the most complex aspects of the project. The final phase of the work will cover reorganization of the walkways across the station forecourt, which at present comprises two squares linked by an inner pedestrian street accessible to vehicles.