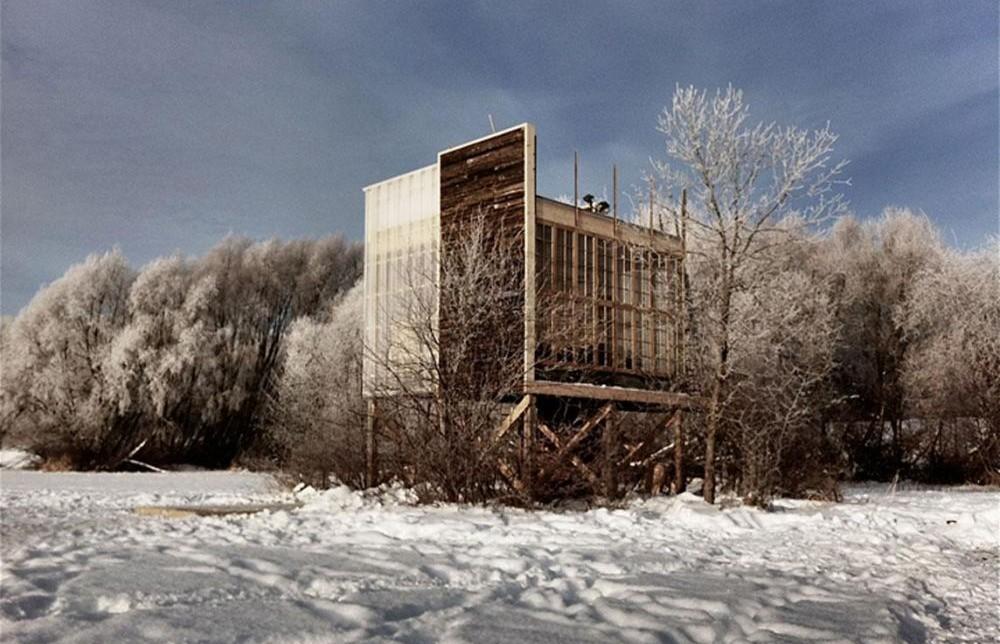 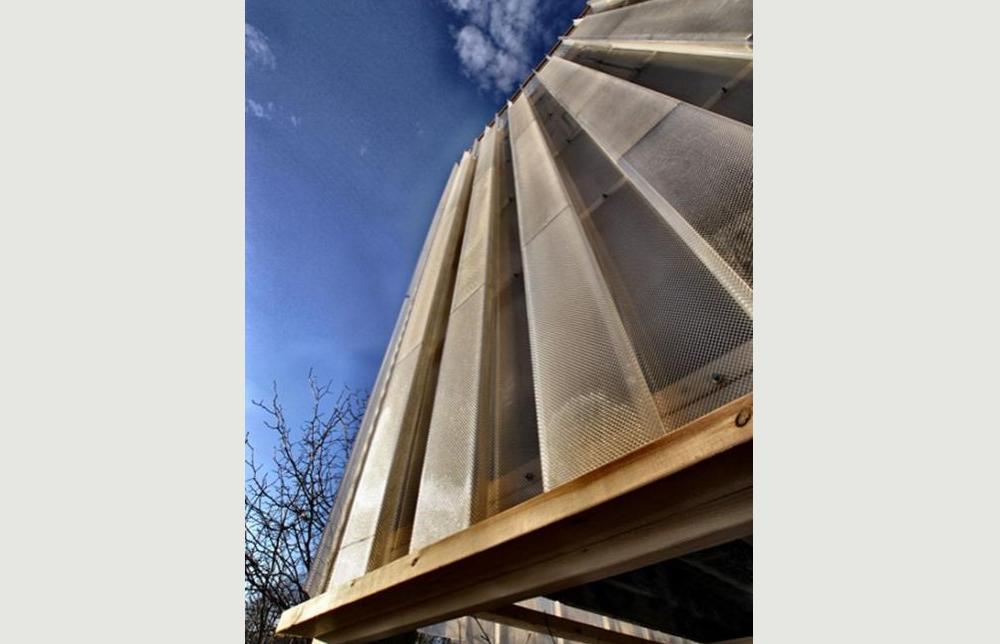 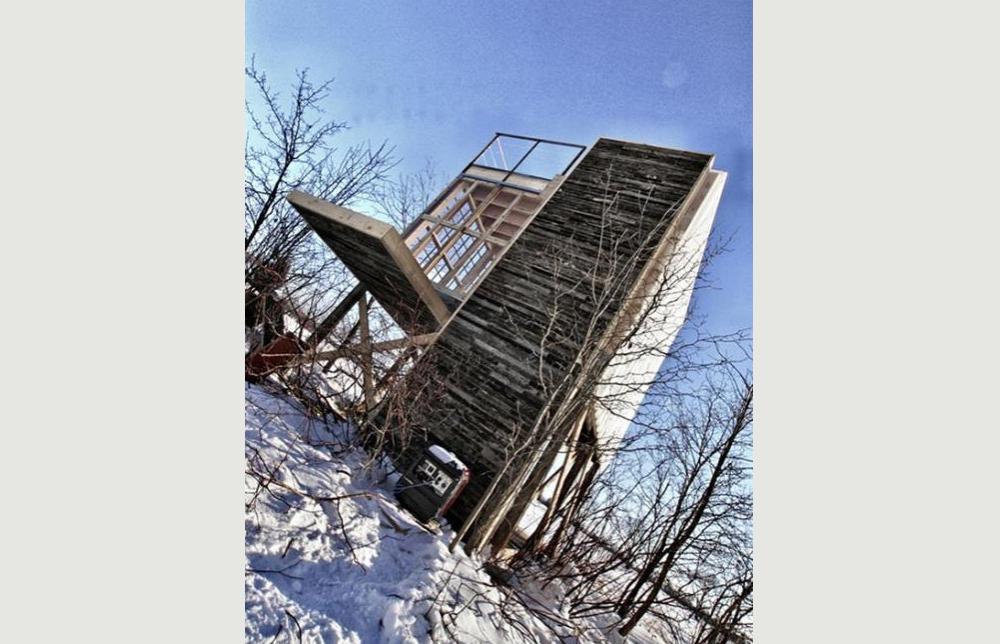 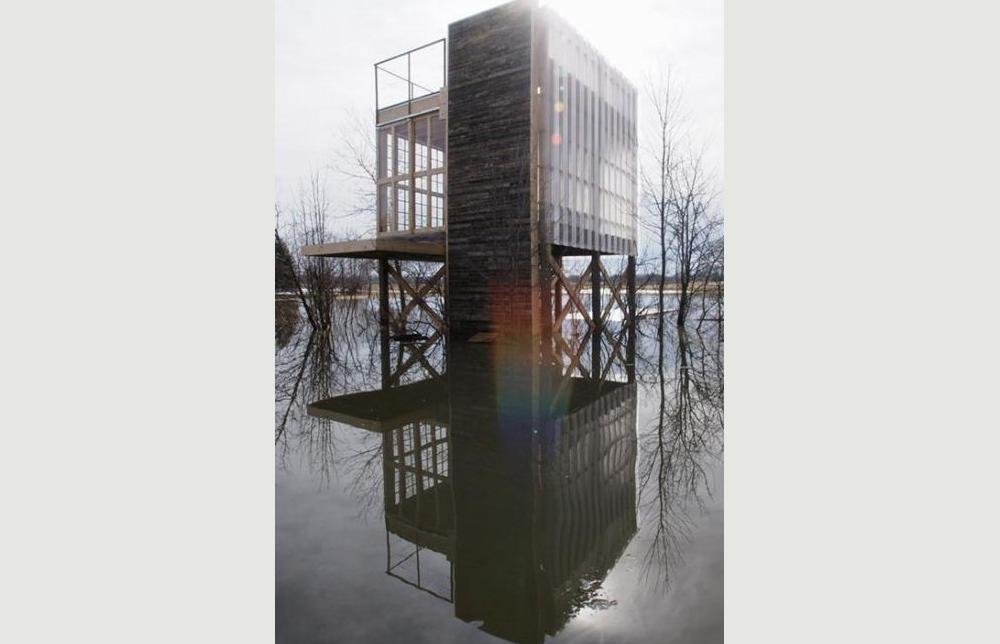 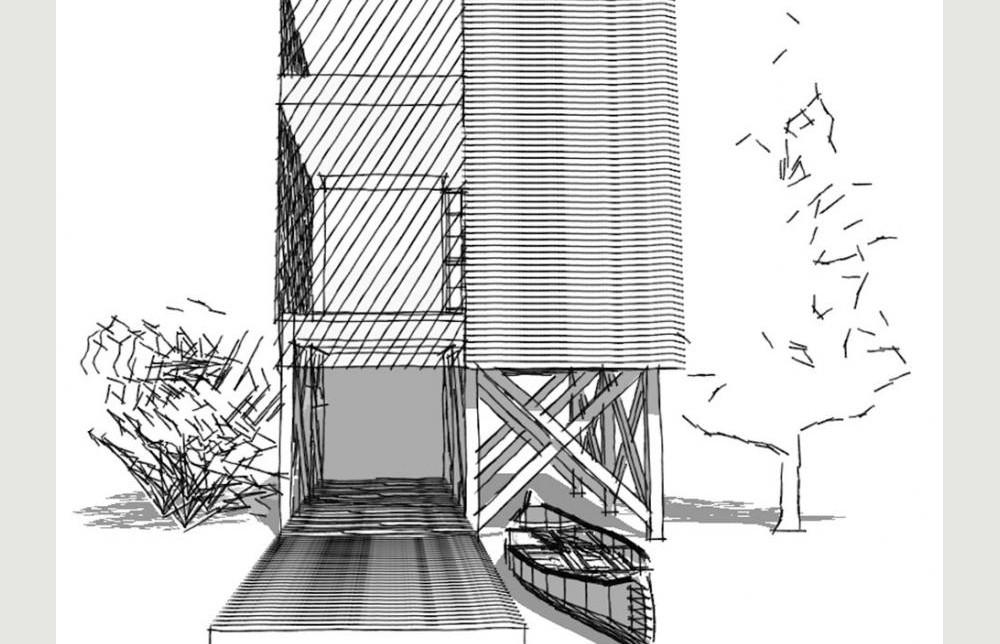 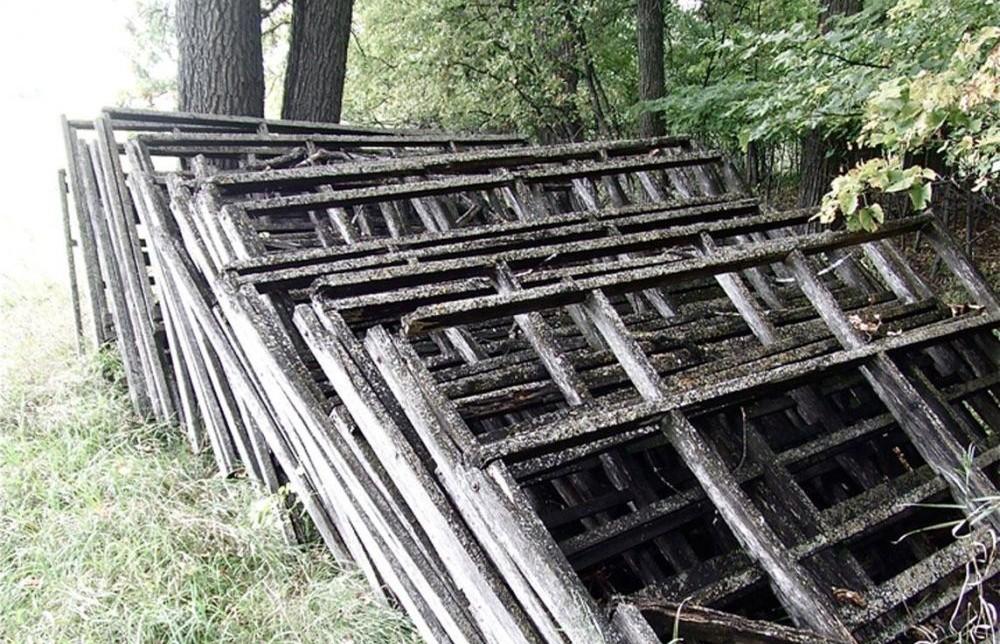 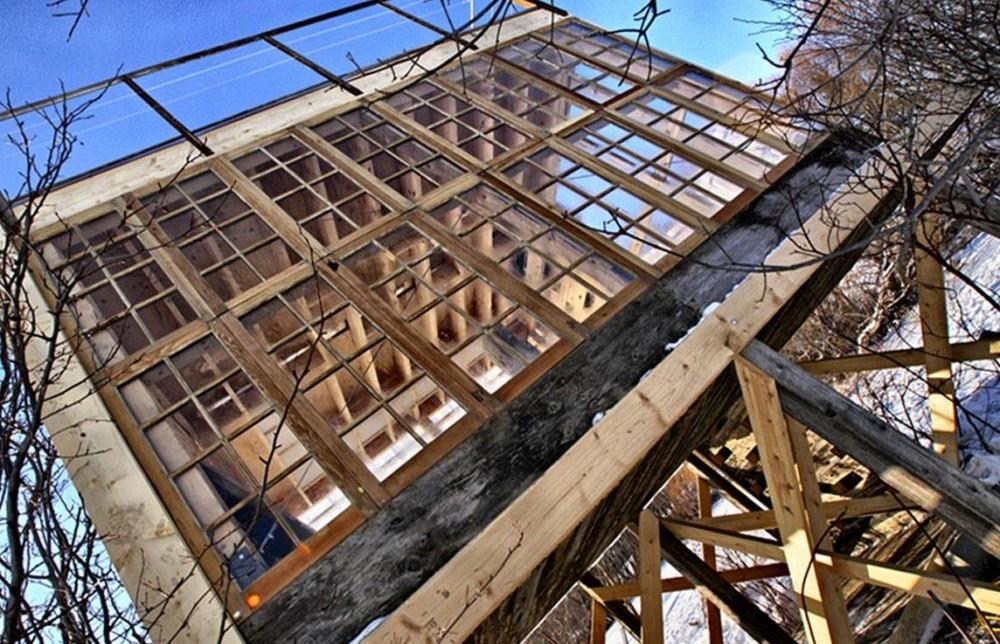 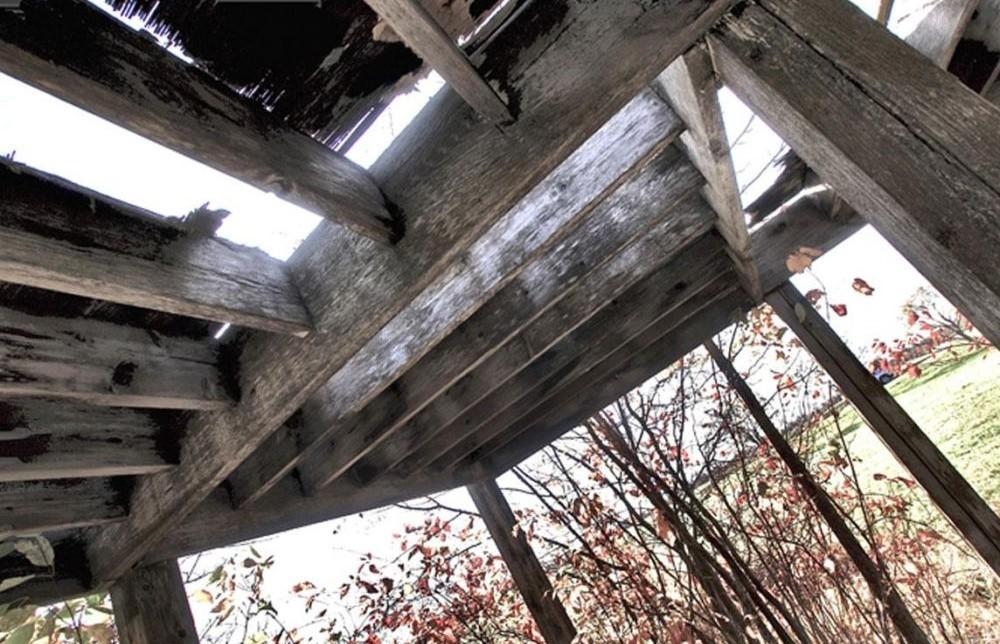 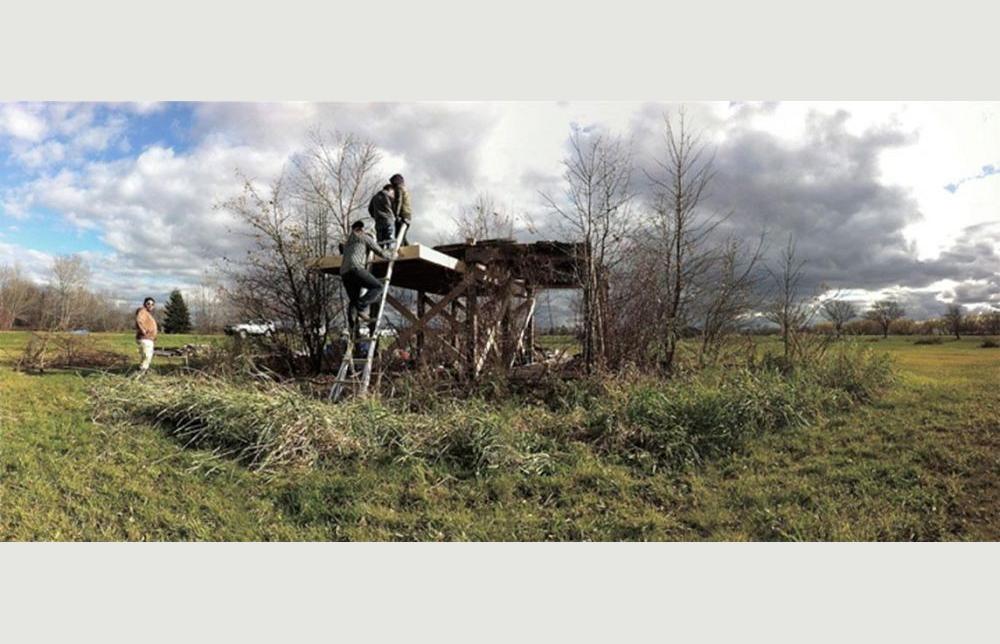 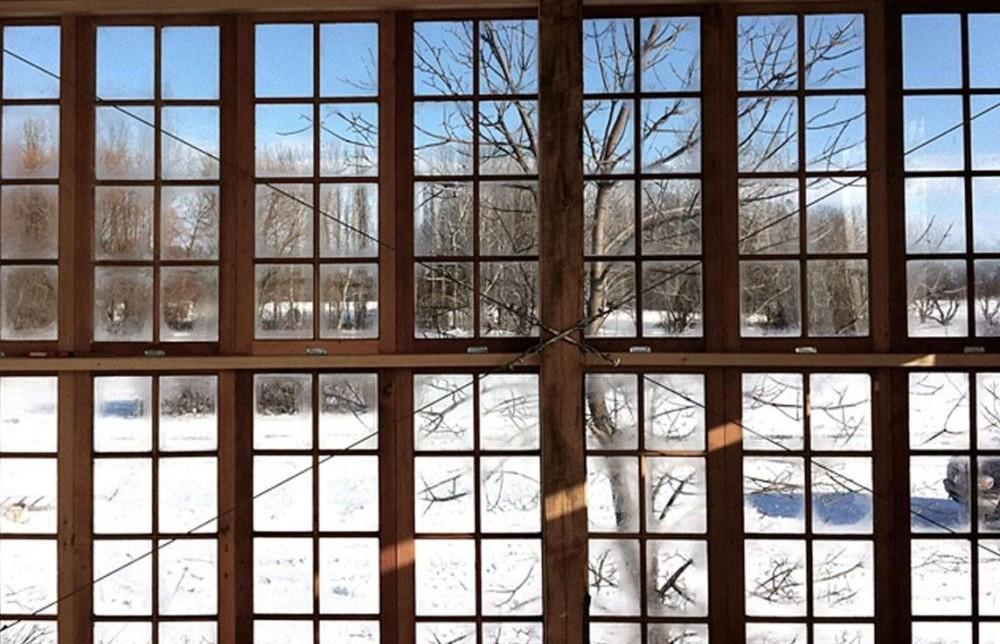 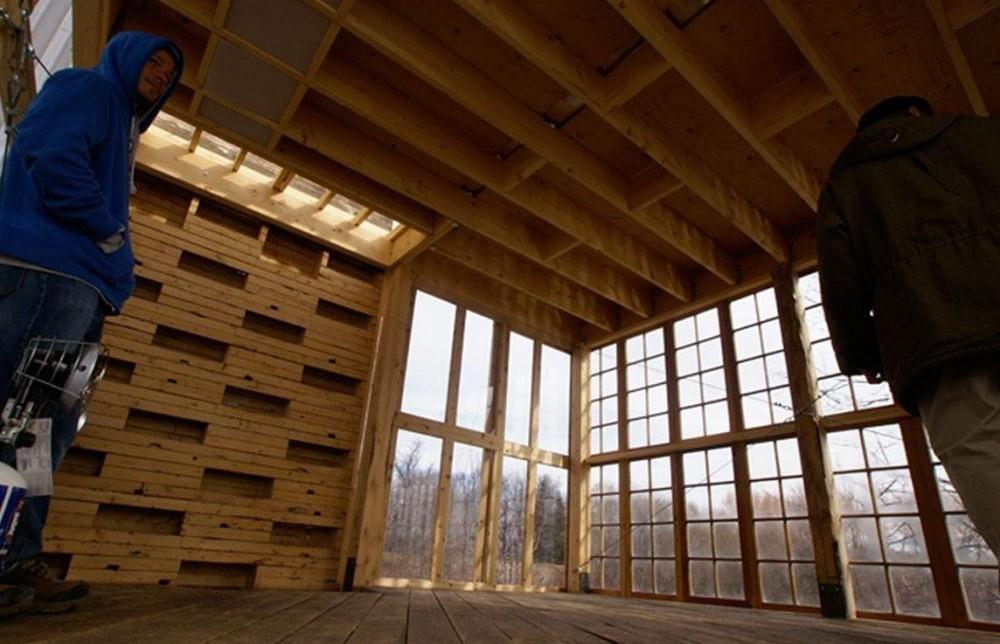 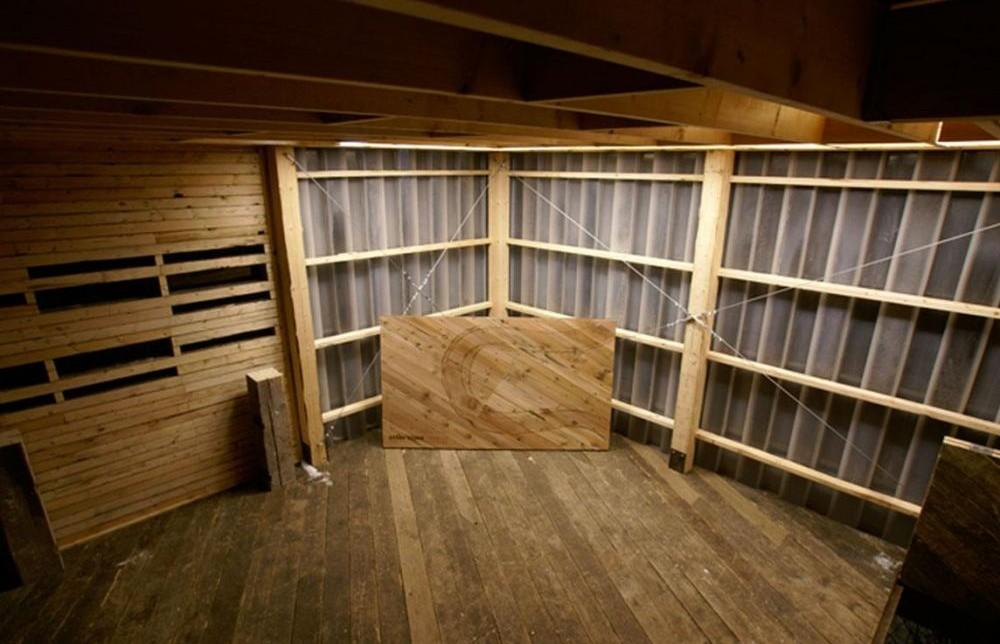 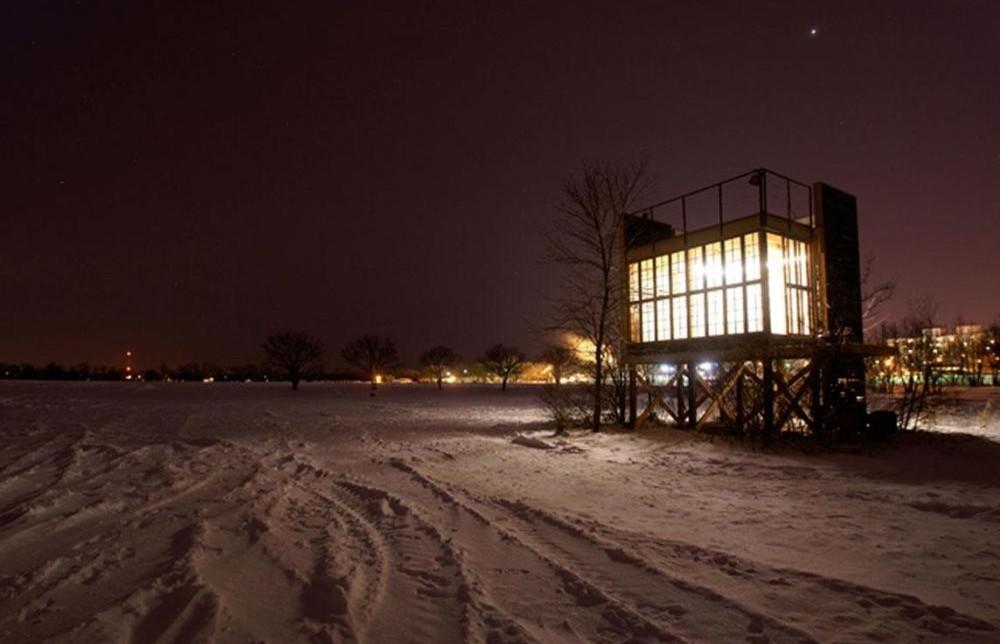 The Oxbow Field Station was realized in the context of a Sustainable Design Studio offered by the Department of Architecture, under the direction of Professor Eduard Epp, MRAIC, together with a group of 9 architecture students (Scott Dean, Alex Needham, Jen Rac, Elaine Pang, Richard Chiang, Thilini Samarasekera, Matt Cibinel, Taren Wan, Michael Chan).

The project was conceived: to provide a studio space for site meetings and fieldwork; to serve as ‘an instrument’ to measure on-site habitability, and; to establish a compelling sense of place for the future artist’s colony. The initial survey work and design began in September and its construction was completed mid-December 2010.

The building site and building floor plate were determined after finding an abandoned structure on the Point Lands. Only the wood base remained and it was partially reconstructed as the ‘foundation’. It also provided some 8 feet between the flood prone land and the field station studio. A canoe will be used to access the field station should significant flooding occur.

Project building materials were sourced according to salvaged, reclaimed (repurposed), or new. These include concrete, wood, steel, plastic and glass: 80% salvaged and / or reclaimed and; 20% new materials. Approximately 90% of the materials were produced locally or regionally.

With a clear idea of the building materials available, a collaborative studio design process followed to yield the final design. The on site wood trellis frames were disassembled and milled. These were used on the approach, the ladder wall, and the building envelope. A salvaged cottage deck provided the interior floor and the rooftop observation deck. Some 200 salvaged fluorescent light covers provided exterior cladding on the south and west elevations to provide diffuse light to the field station interior (Re-Store). Cottage windows, dating from circa 1910, were reclaimed to provide clear fenestration along the east and north elevations.

The Oxbow Field Station studio measures approximately 14 ft. x 14 ft. x 10 ft. Together with a rooftop viewing deck the building stands some 20 ft. above grade. A ladder wall connects the on-grade platform, studio and rooftop deck. The building is comprised of new wood frame construction built upon an existing (reclaimed) post and beam structure. The building skin, the floor surfaces, the deck railing, and so on are constructed with salvaged and reclaimed materials.

The project cost totaled $5,300.00 CDN (average cost of $9.00 / sq. ft. gross). All of the labor was provided by the students with some assistance from members in the Faculty of Agriculture, the Faculty of Architecture, and the UM Physical Plant.