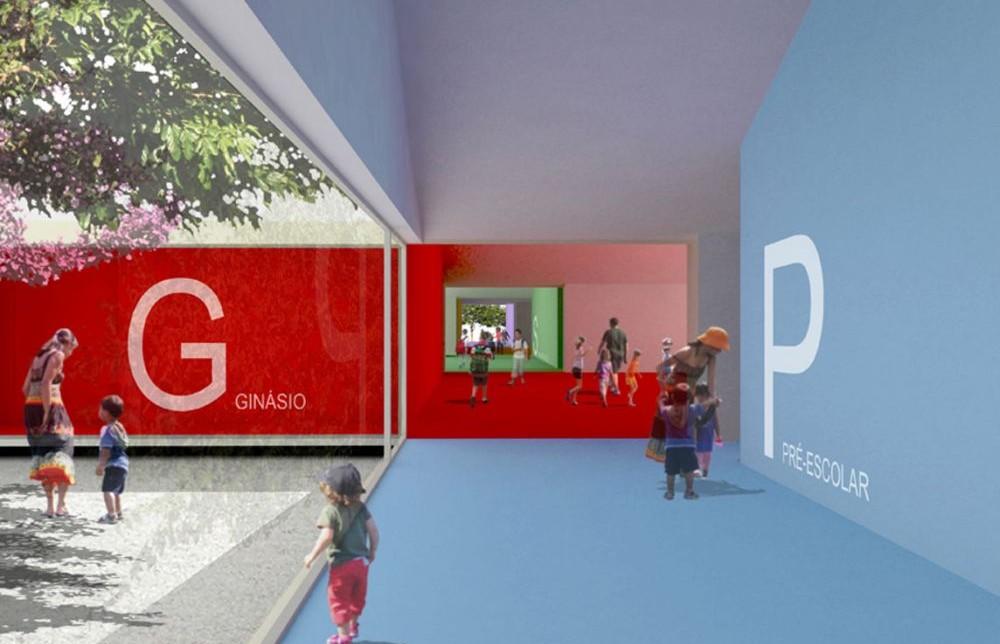 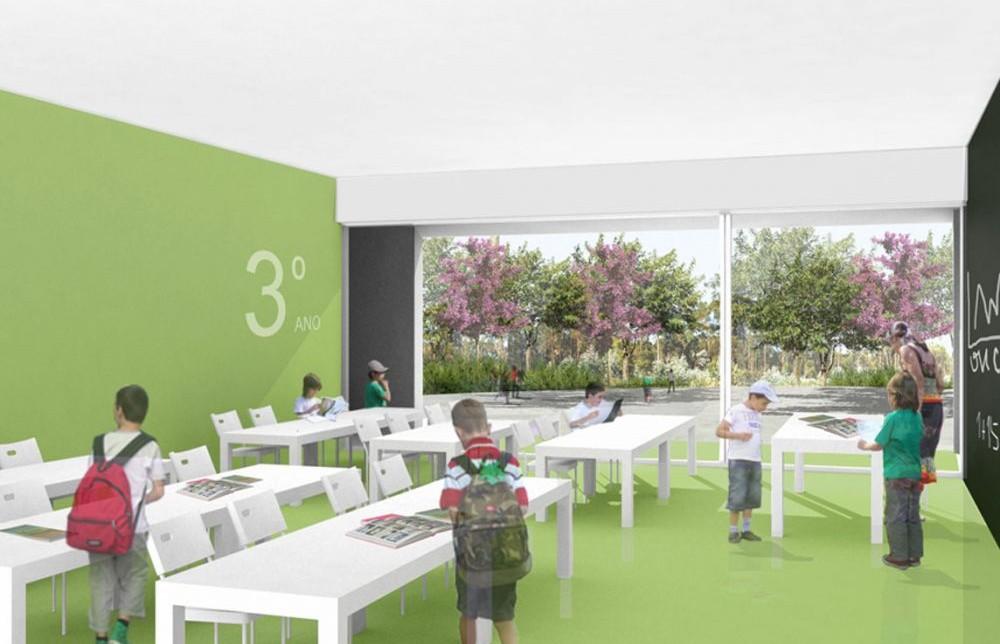 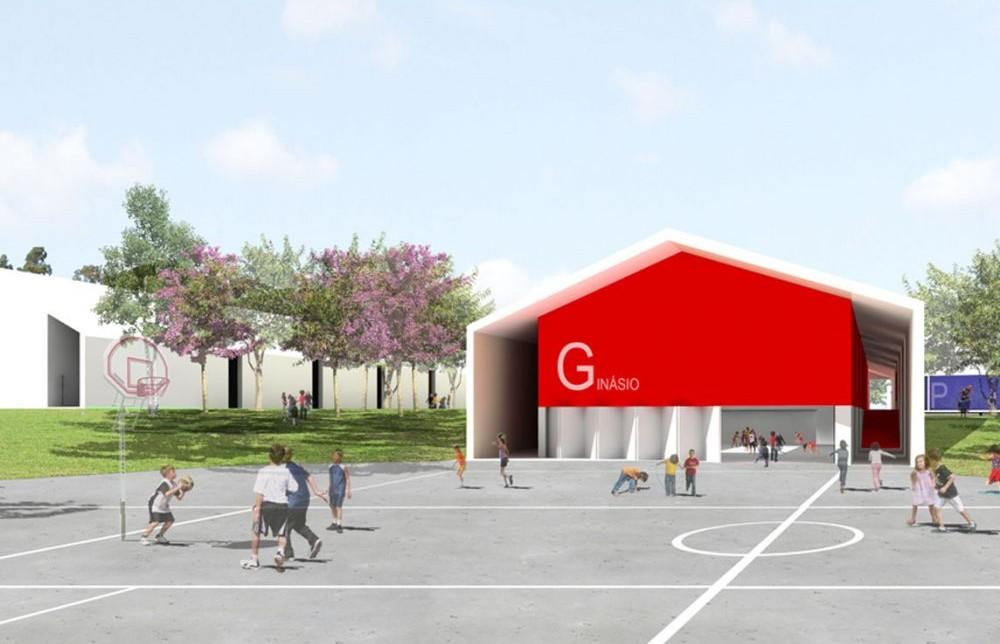 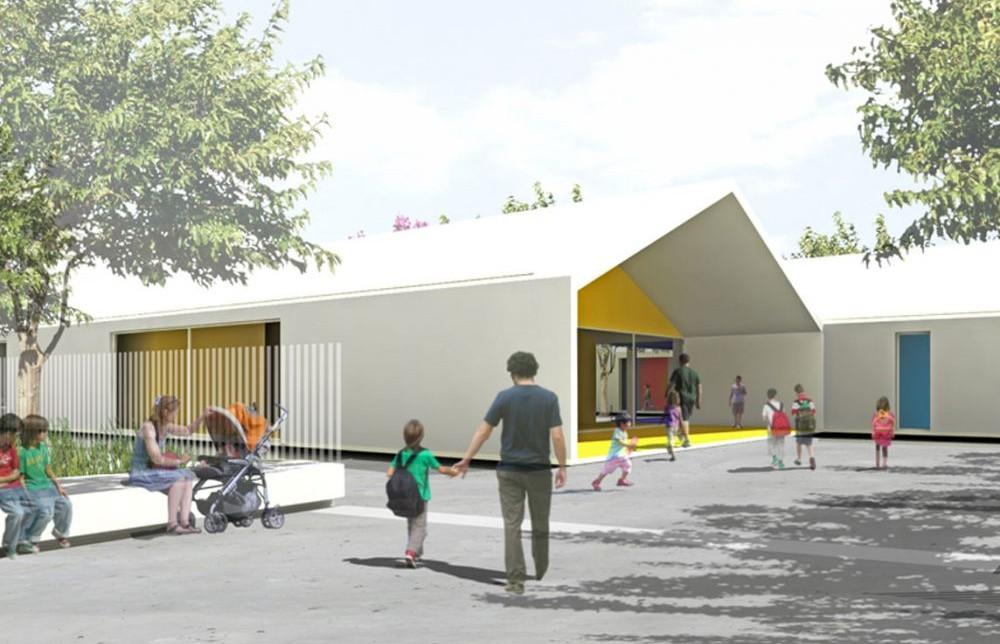 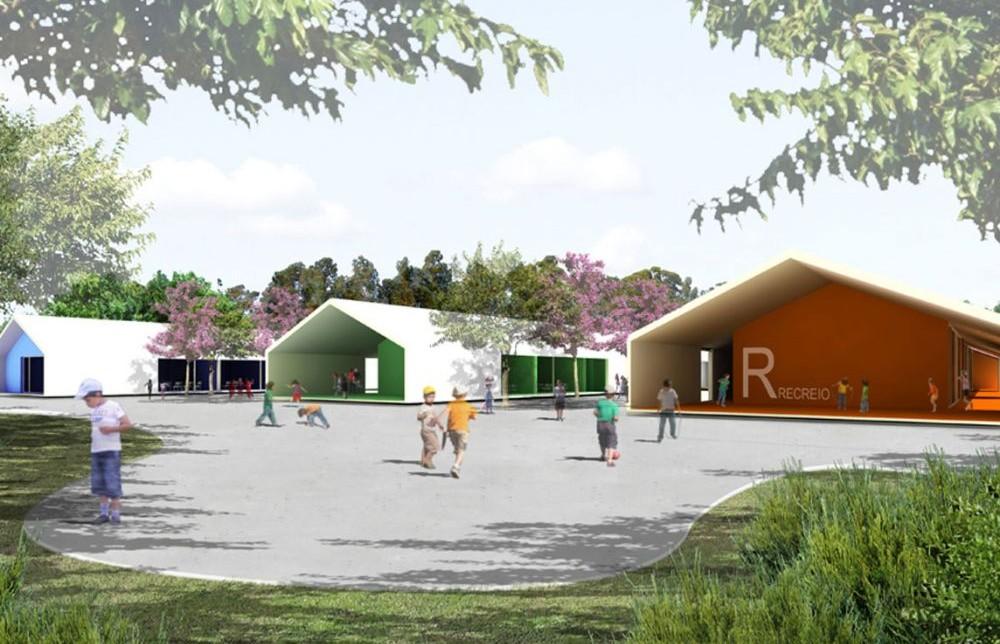 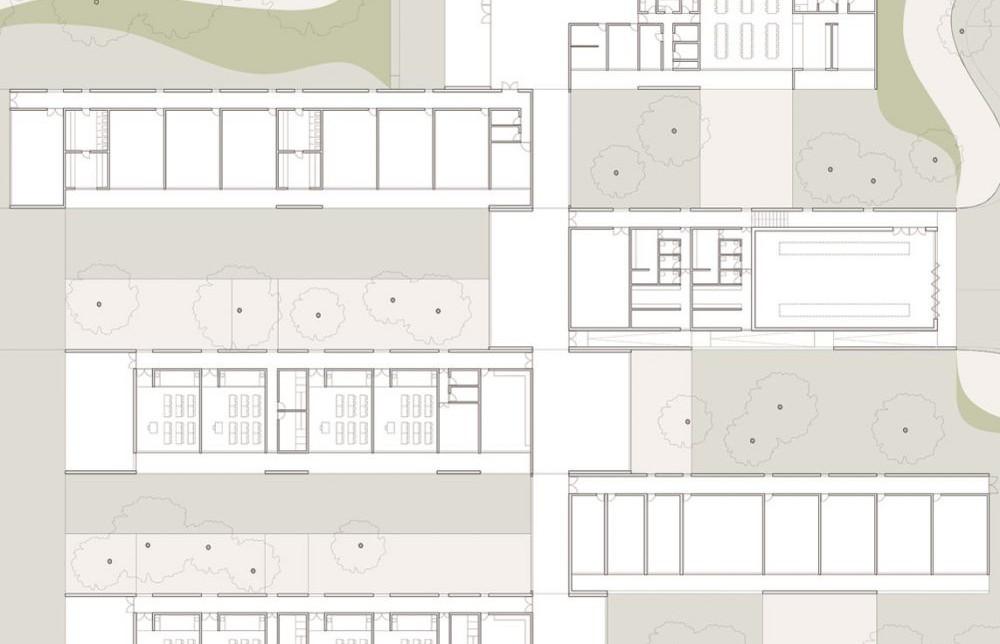 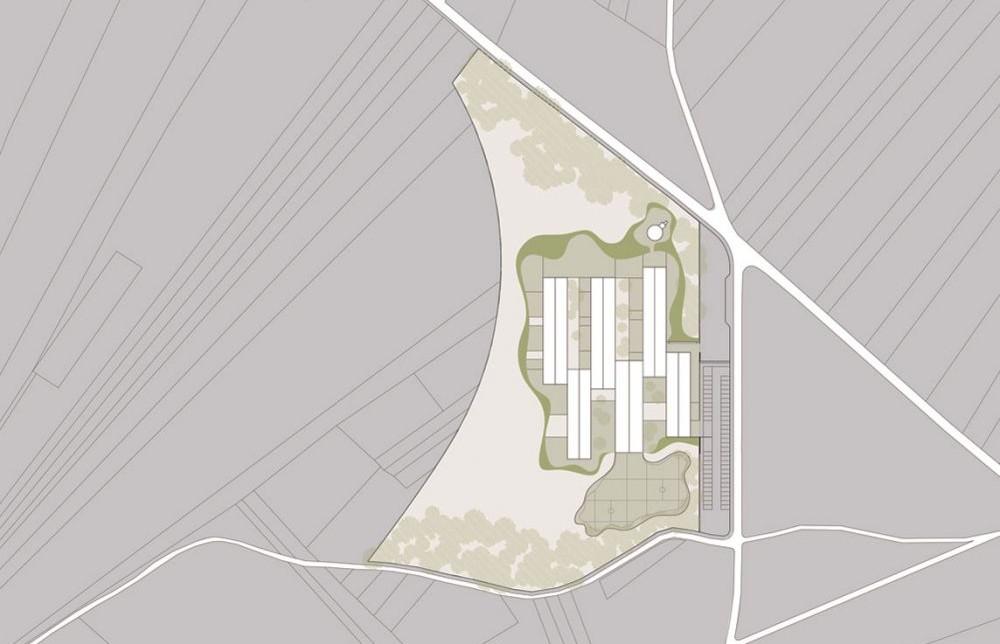 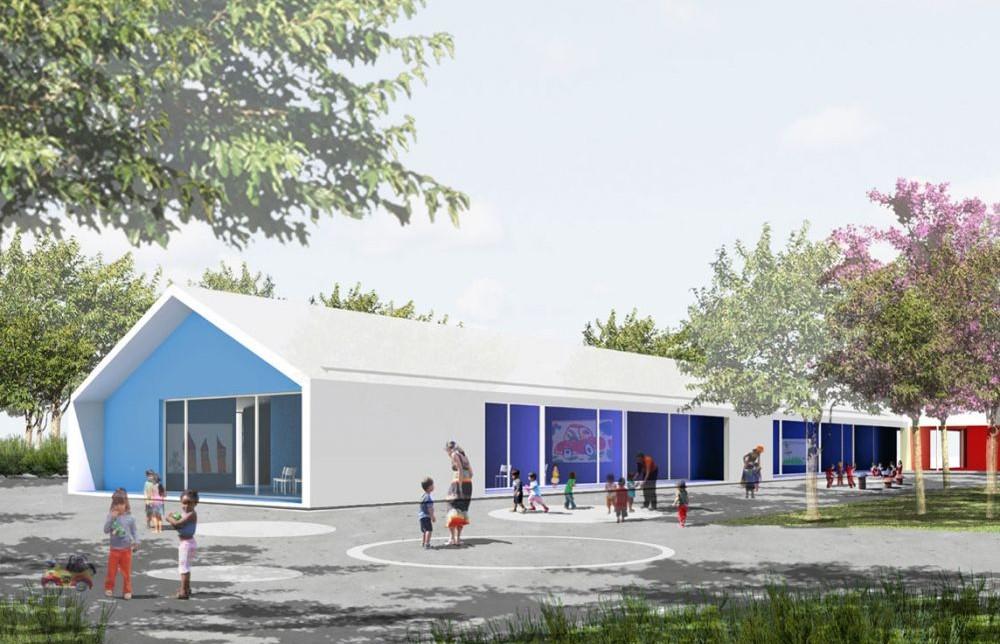 The proposal for Oucas Crche and Elementary School is characterized by a formal and elementary construction. The project tried to reveal this elementary through the design of the buildings and outdoor spaces: pavilions in the shape of a house, courtyards, balconies, establishing a relation of continuity with the surrounding territory.

The programmatic distribution of the building seeks create the conditions for the use of this equipment by the neighbouring community. We have decided to create two separate wings of pavilions. To the West there are the Classroom Pavilions and to the East the Canteen, Gymnasium and Library Pavilions, as well as the Ball Fields. During the time the school is not functioning weekends and holiday periods the access to the classroom pavilions can be closed, allowing for the autonomous use of the other internal and external spaces by the community.