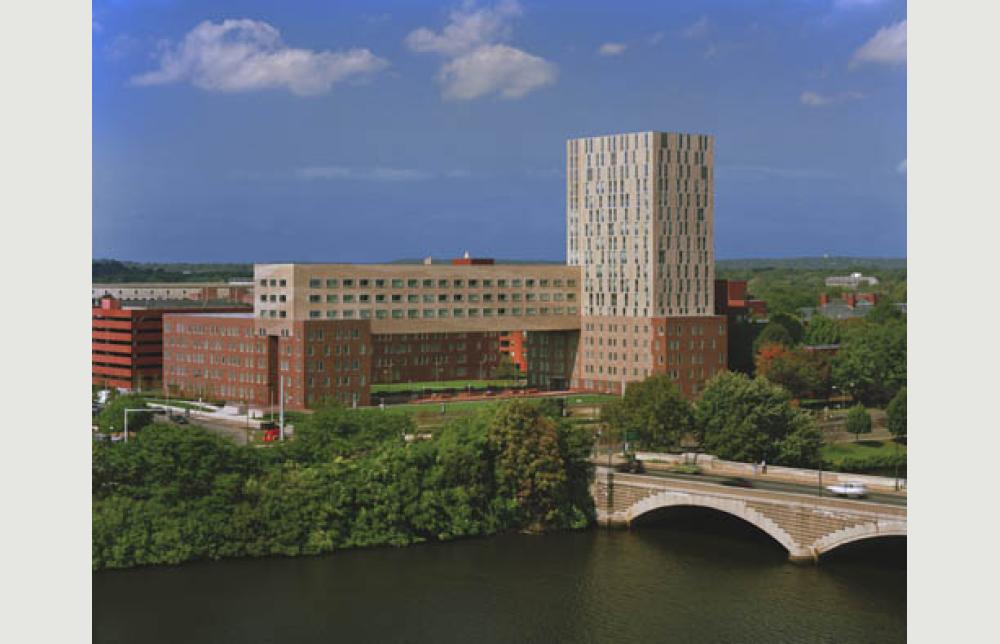 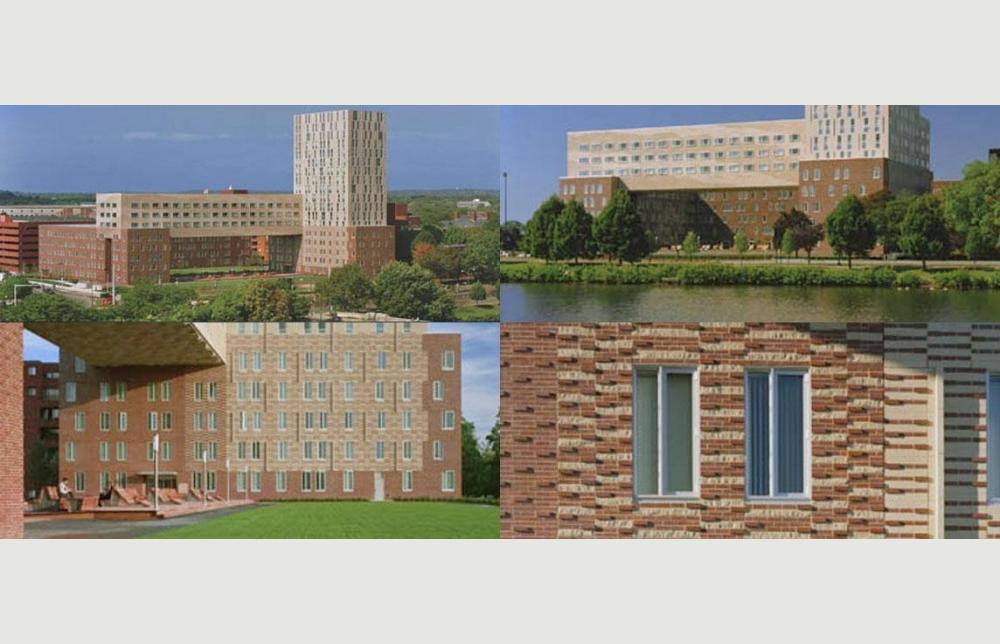 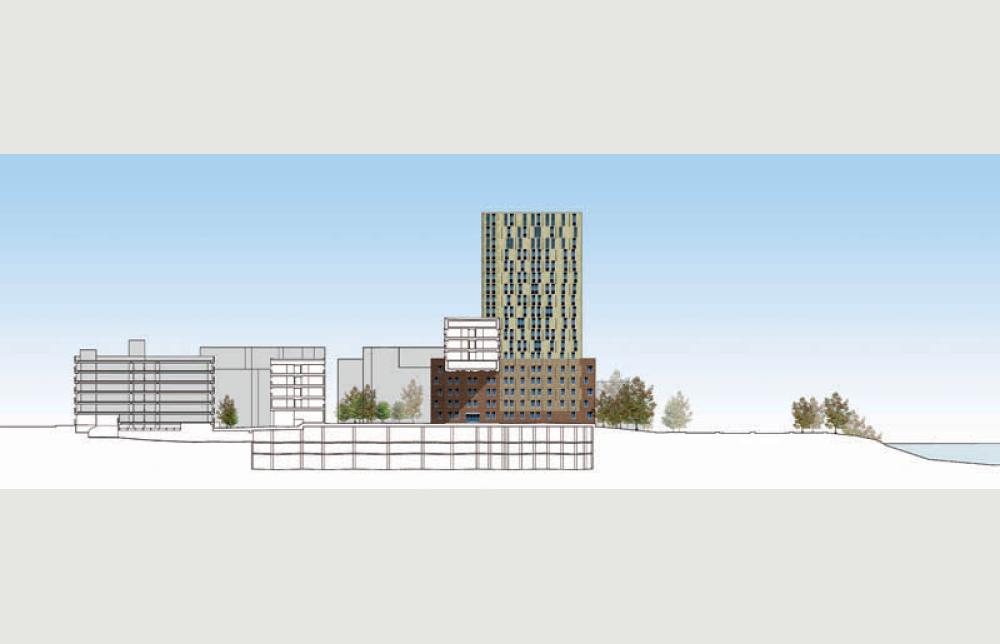 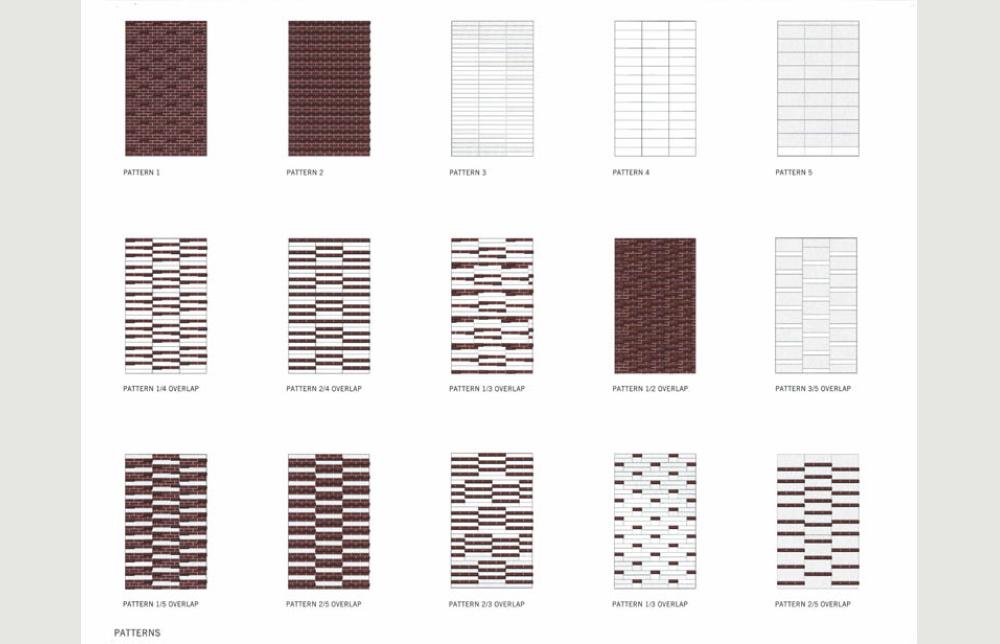 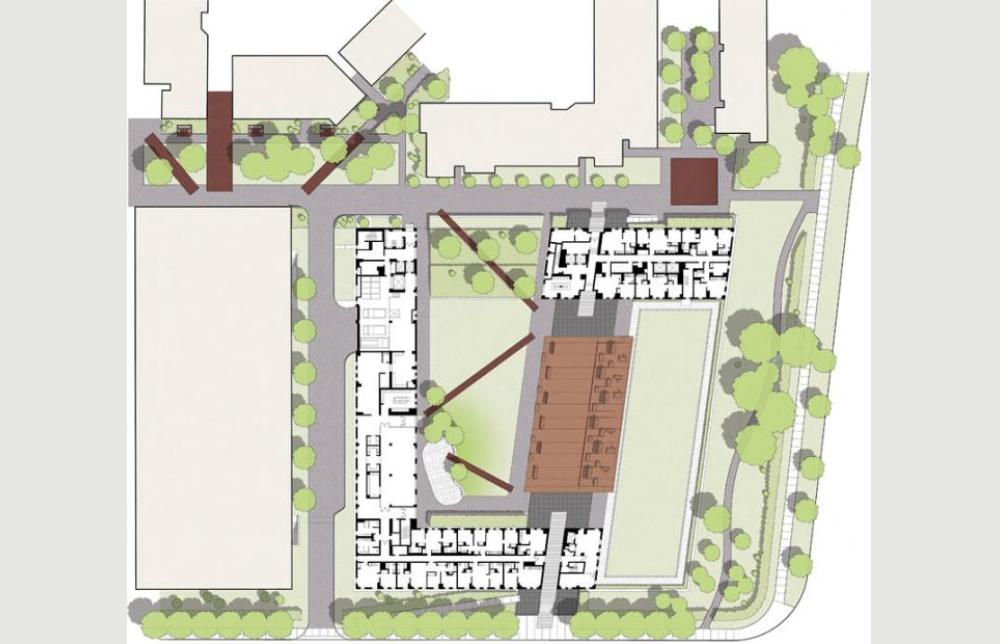 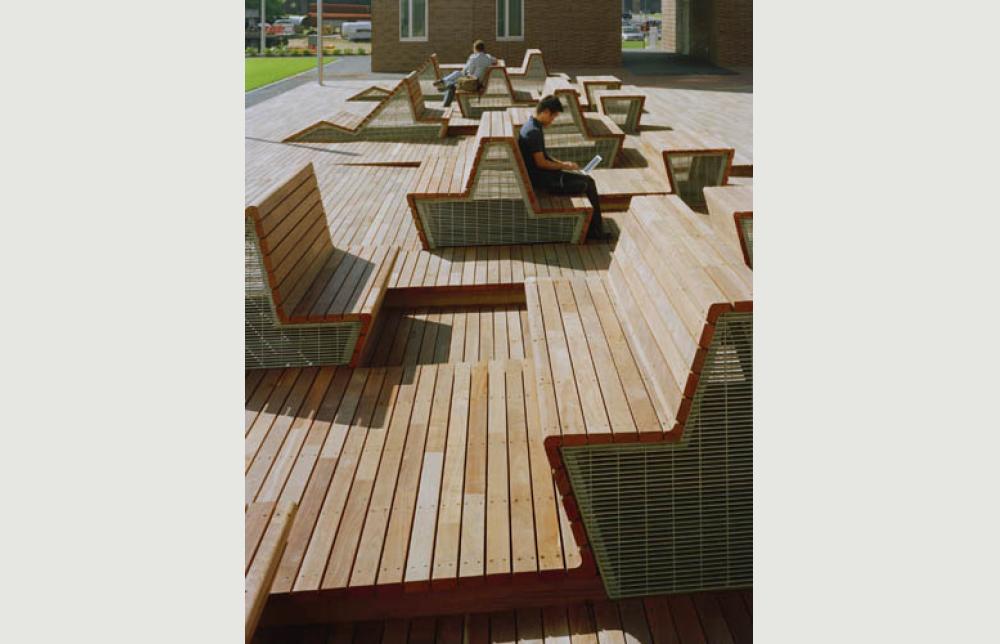 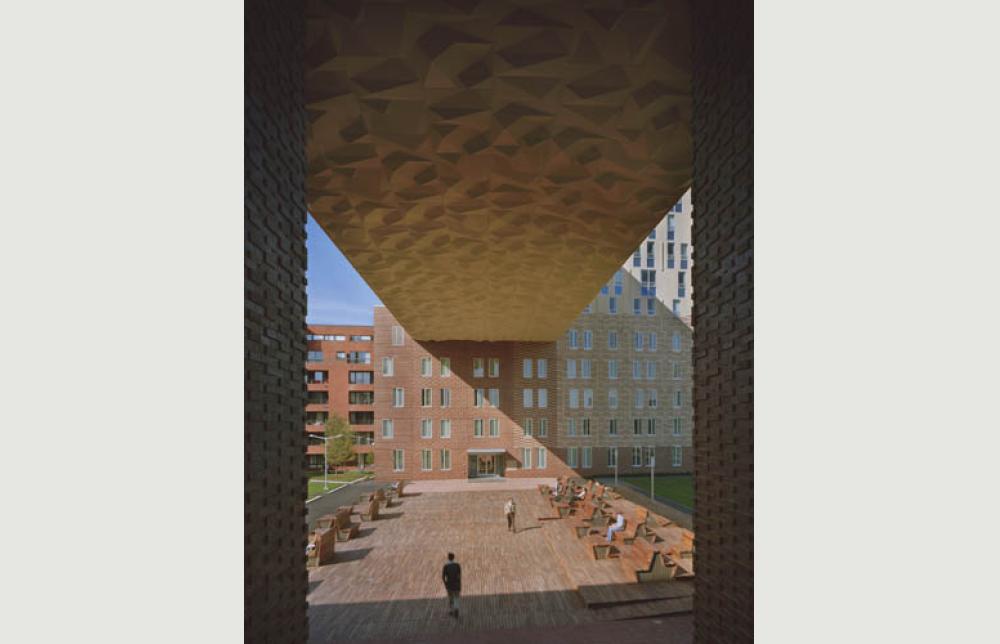 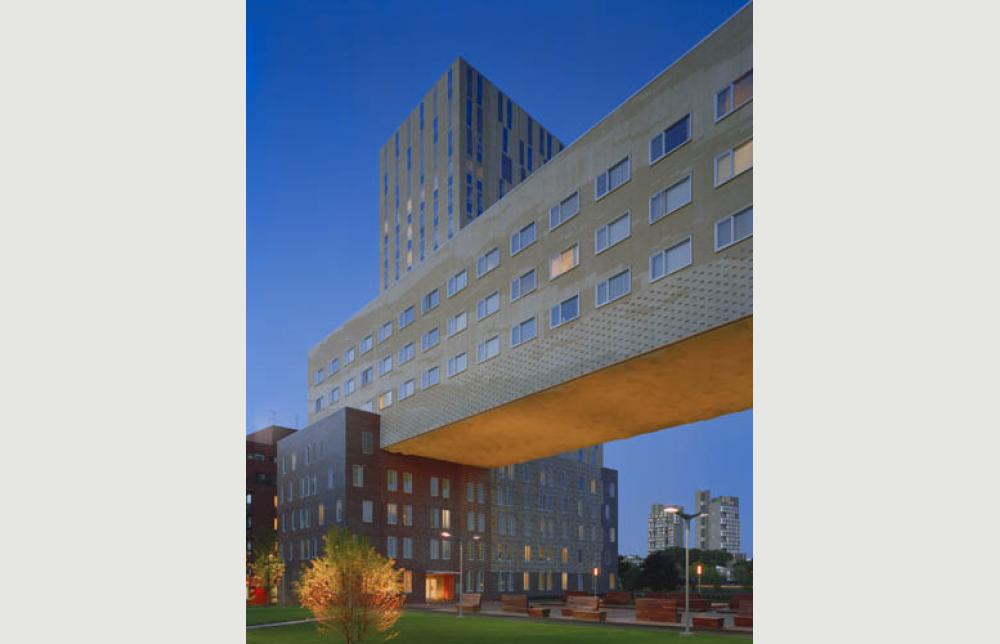 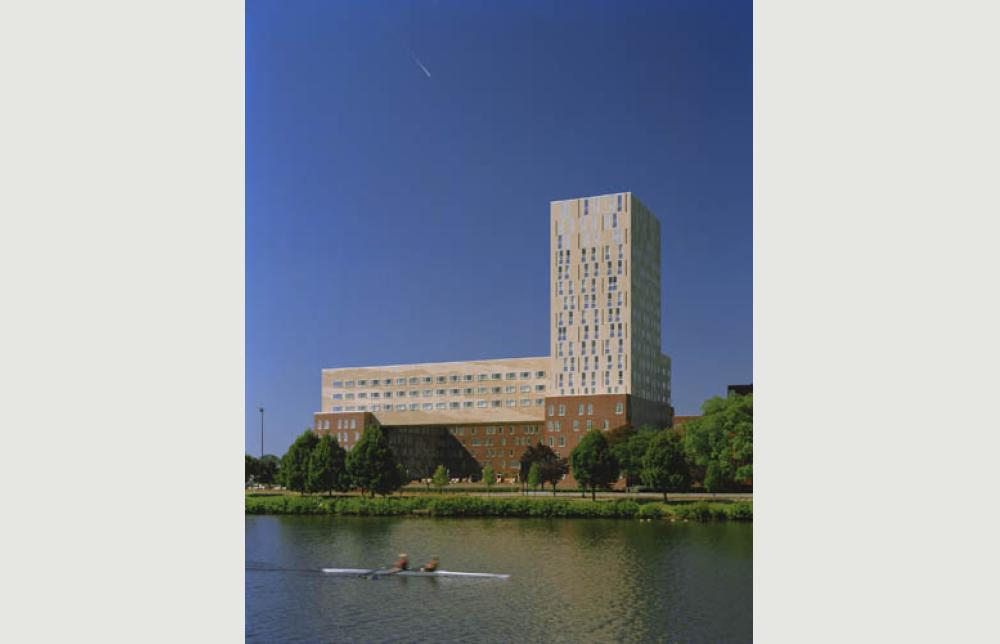 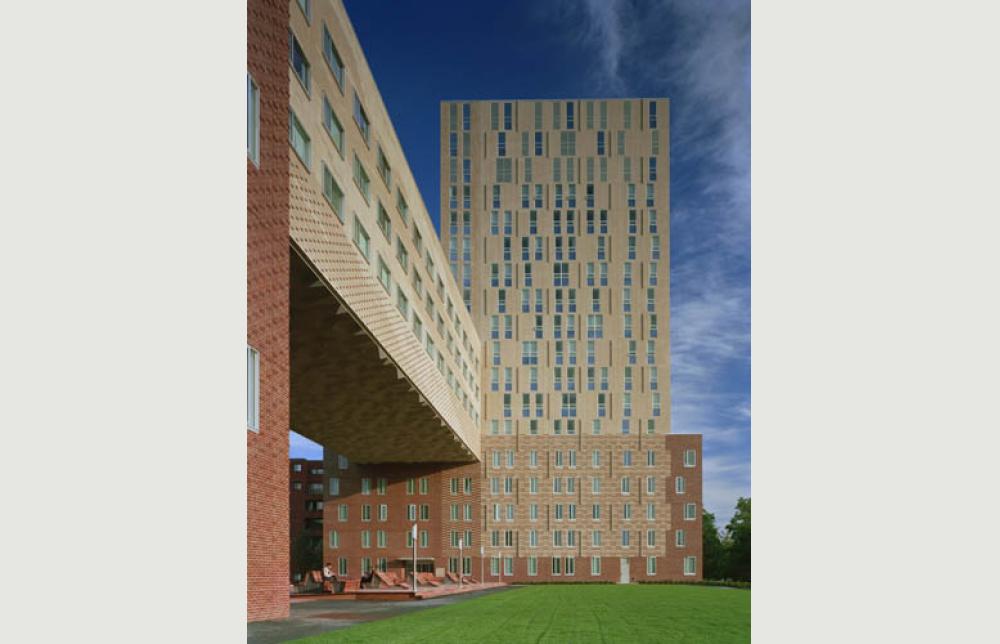 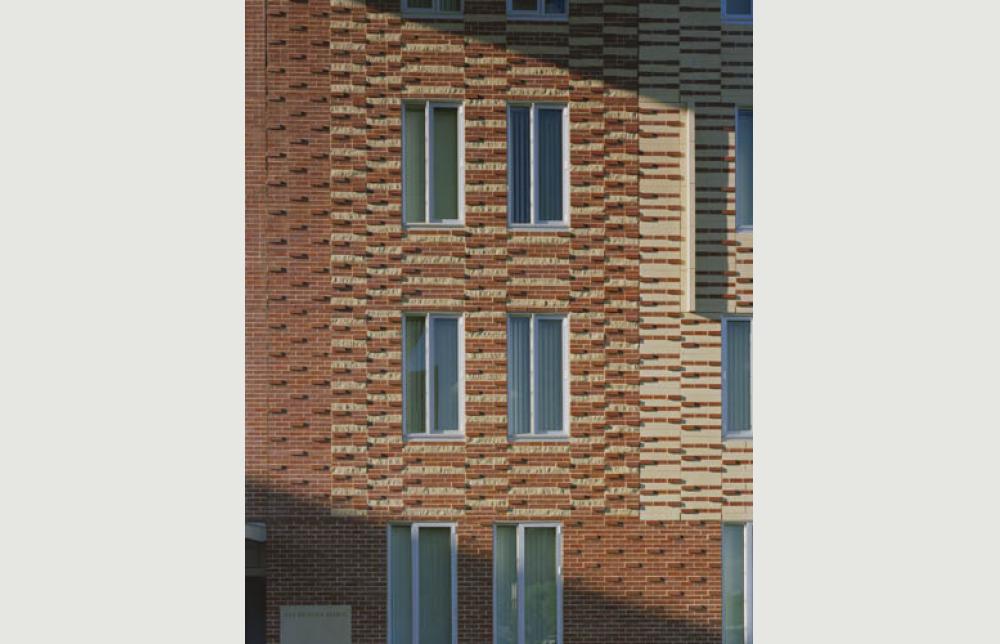 One Western Avenue occupies a prominent site at the southeast corner of the Harvard Business School, adjacent to the Charles River, where Western Avenue crosses Soldiers Field Road. The site marks arrival to Harvard’s campus from downtown Boston and areas south. The building’s configuration and image are based on interpretations of its physical context—the early-twentieth-century, five-story, brick-clad, U-shaped neo-Georgian courtyard houses and the mid-twentieth-century, twenty-story, concrete paneled modern towers. While One Western Avenue combines these two emblematic types, it adds something else, a three-story bridge raised four levels above the ground and spanning 180 feet. This volume divides the main central void into two contrasting spaces, a courtyard (with framed views to the river) and a front lawn. It creates a large covered terrace, furnished with a wooden platform intended for everyday use as well as special occasions.

This configuration produces desirable conditions that normally exclude one another: a courtyard open to the river and three stories of apartments occupying the same riverfront situation. The low-rise is wrapped in two brick patterns, one for the exterior walls and the other for the interior walls. These overlap in the entry passageway, producing a third pattern. The mid-rise and the bridge are clad in cast stone blocks, but used differently from one another. The surface treatment of all of the volumes is designed to allow the ideal prismatic geometry of the various building masses to register on the façade planes. One of the first buildings designed to fulfill a new sustainability initiative at Harvard, known as “The Greening of the Crimson,” the project has recently received a silver LEED rating.