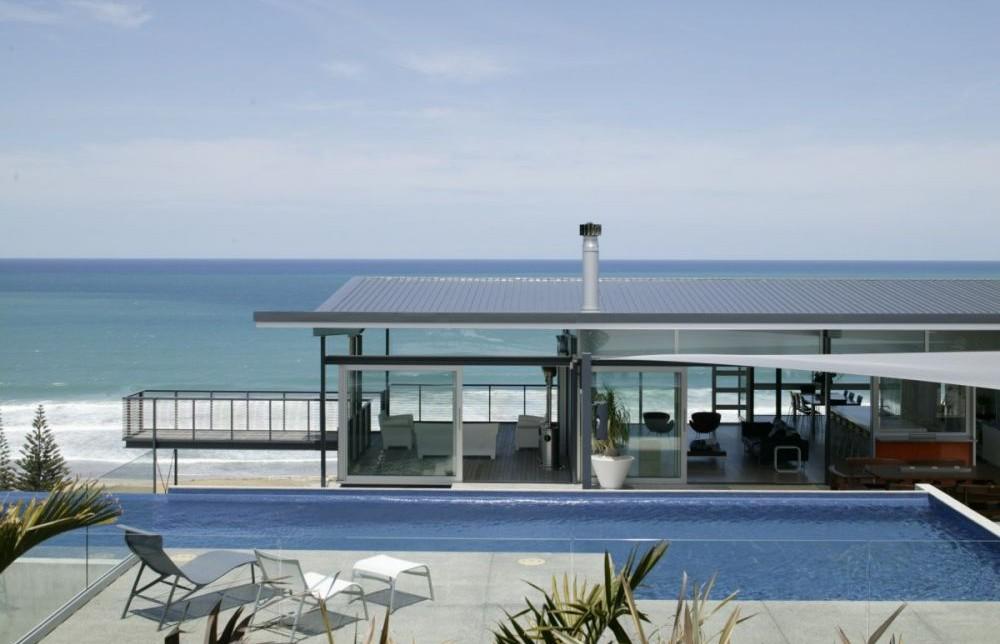 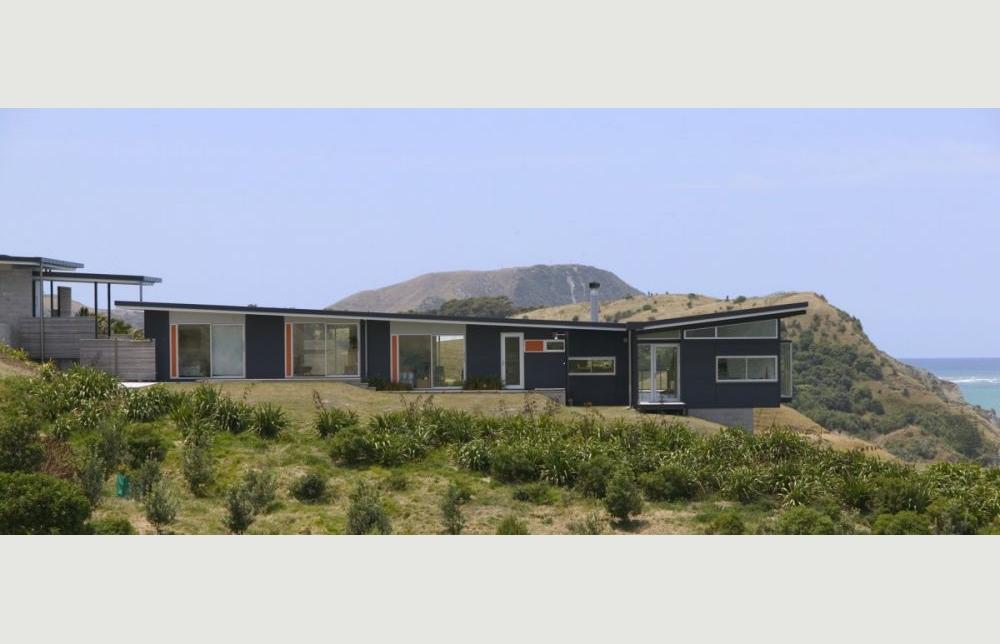 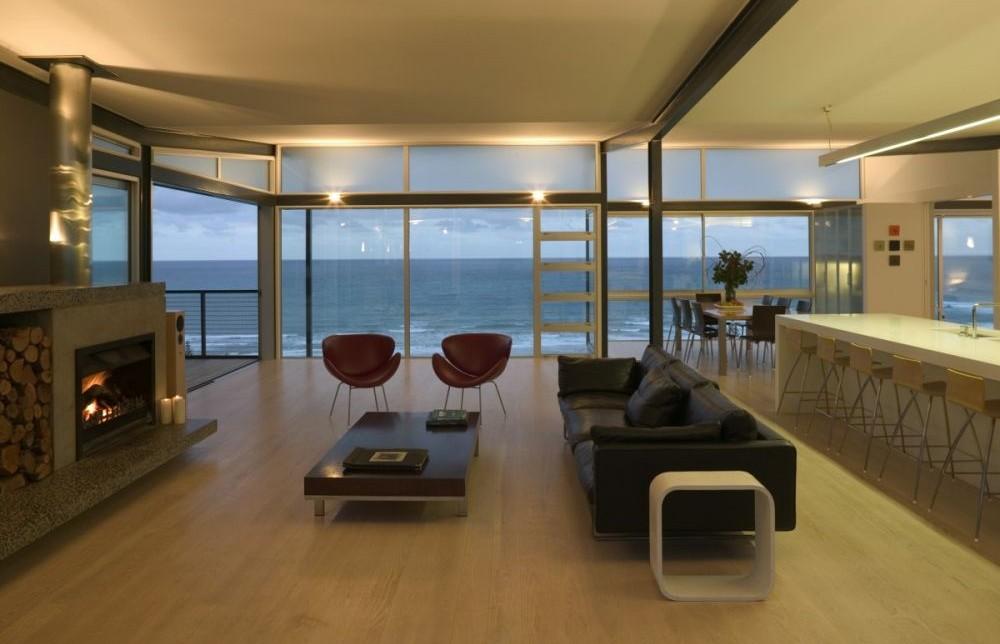 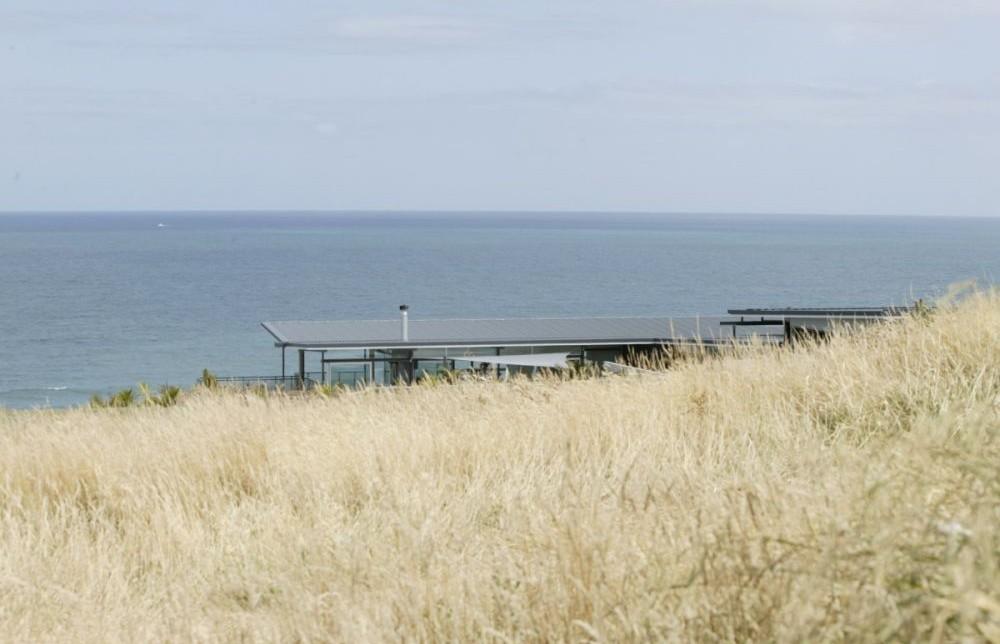 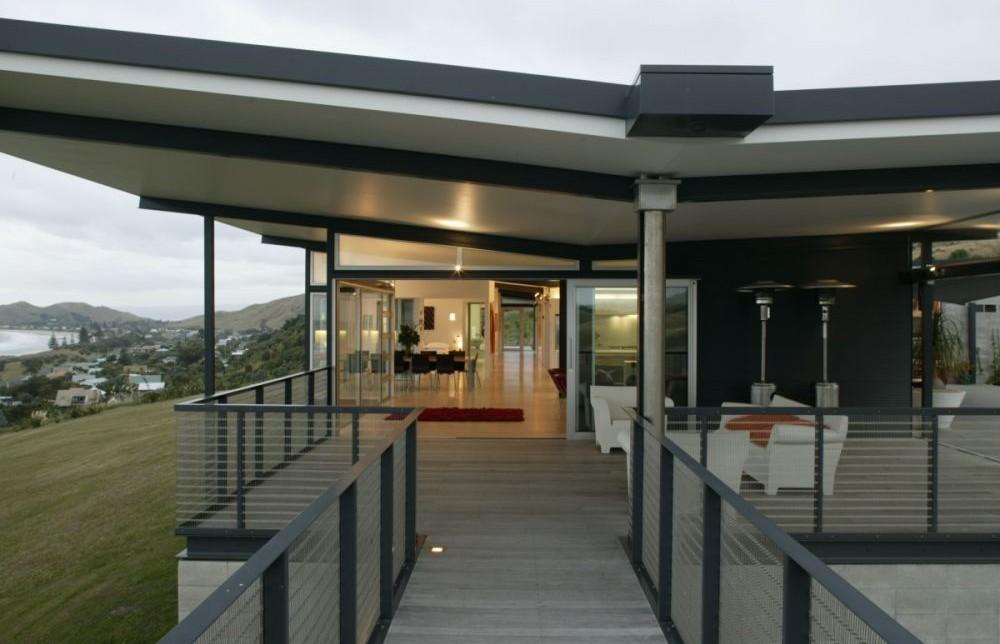 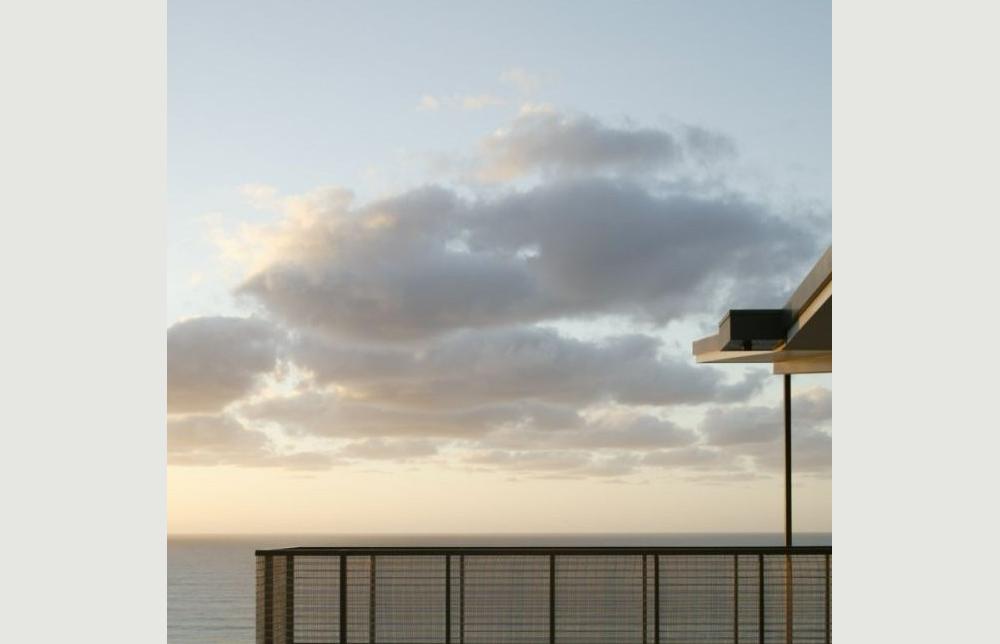 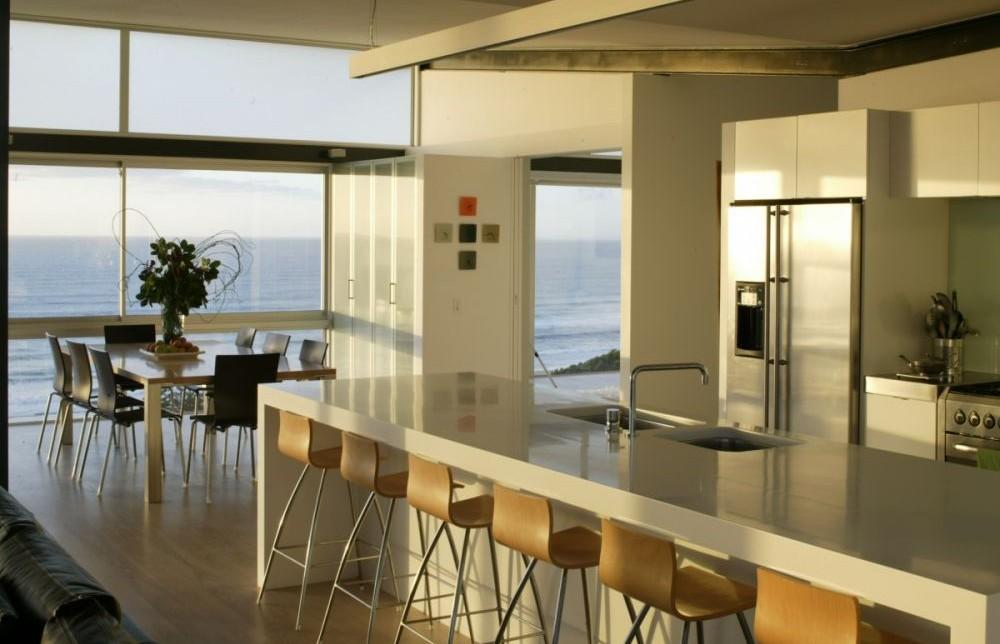 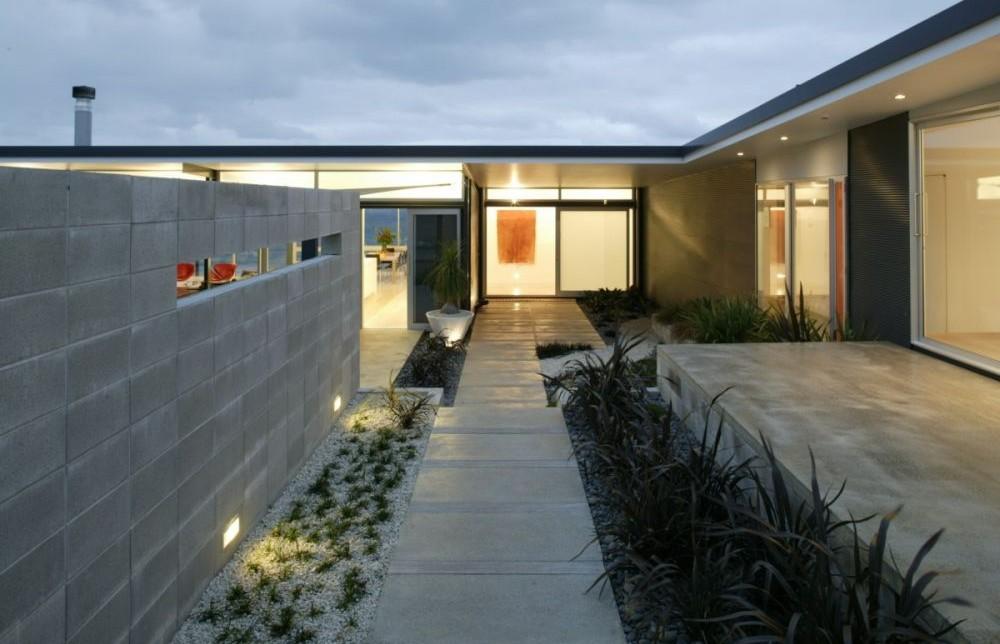 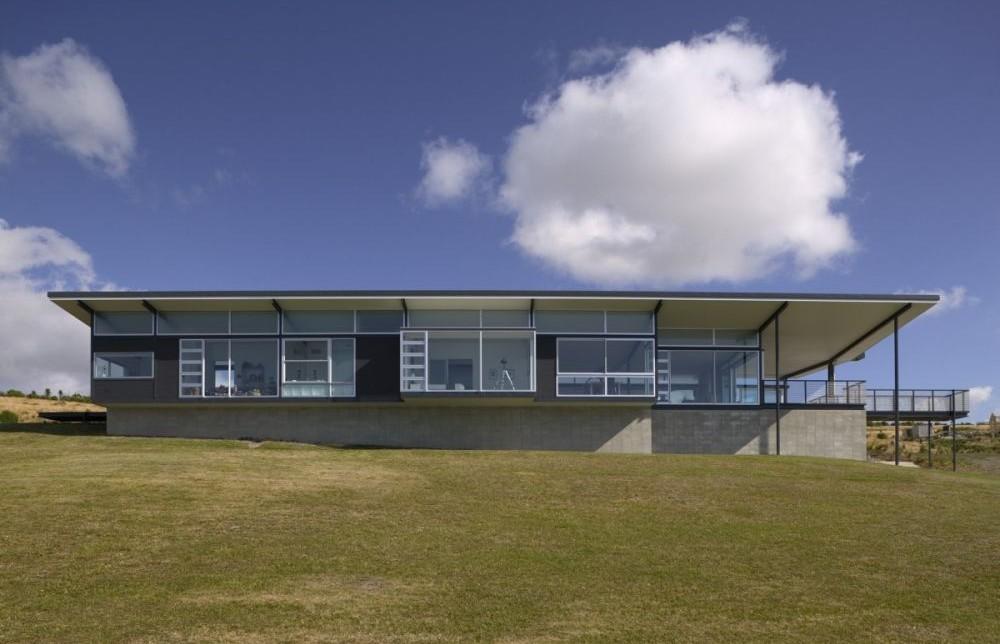 Located on a ridge above the east coast, this house has spectacular views from Poverty Bay right around to Tatapouri Point. This single storey house clings to the ground as it steps down the hill then as it reaches the edge of the ridge it opens out otwards the sea to become a grandstand for viewing.

The clients required a house that could accommodate an extended family but on the other hand one that would also feel comfortable if just two of them were home. This resulted in a T-shaped plan of essentially two wings, one of which could theoretically be closed down. This form allowed a sheltered outdoor area protected from the easterly and nor-eastely winds but still very much connected to the view through the transparent living wing.

The landscaping and terracing extend out horizontally from the house to ground the house to the site and also to create a series of layered exterior spaces.