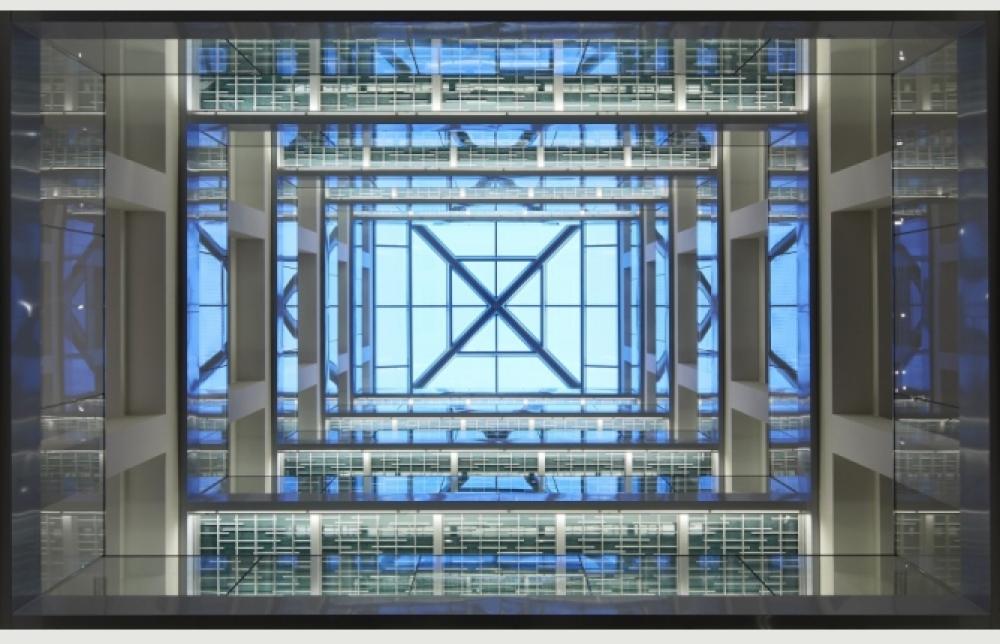 The building is composed by two different buildings on Via Broletto divided in origin and then unified for functional reasons. The works consist in a radical reorganization and reassessment of the internal spaces in order to create the headquarter of an international lawyer office. The new architectural asset is characterized by a central structure which is the main element of distinction and distribution, which allows the sun light to come inside the particular deep structure of the building. The façade on Via Broletto has been renewed by means of a conservative refurbishment, while the roof has been modified in order to increase the internal offices heights. This intervention has allowed to create a sort of penthouse-floor with an huge panoramic terrace. The new floor materials are steel and glass in order to create a contrast with the old style façade underneath. The whole intervention of 5.500 sqm is distributed in seven different levels, where it can be found not only the traditions working spaces, but also every kind of complementary functions which characterize a modern and advanced office building. The building has been designed in order to reach the best energy conservation by means of electrical heat pumps at air condensation, integrated with a photovoltaic installation. The air conditioning structure is distributed around the building by using floor and ceiling fan coils based on VRV system. The airflow is guaranteed by a unit of treatment linked with the system VRV through a system which collect heat.