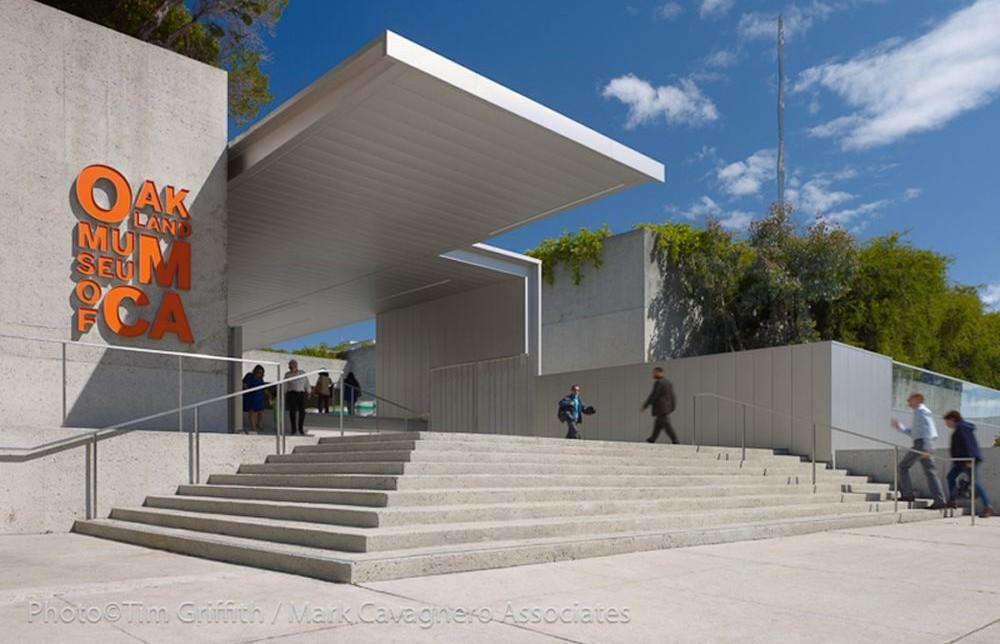 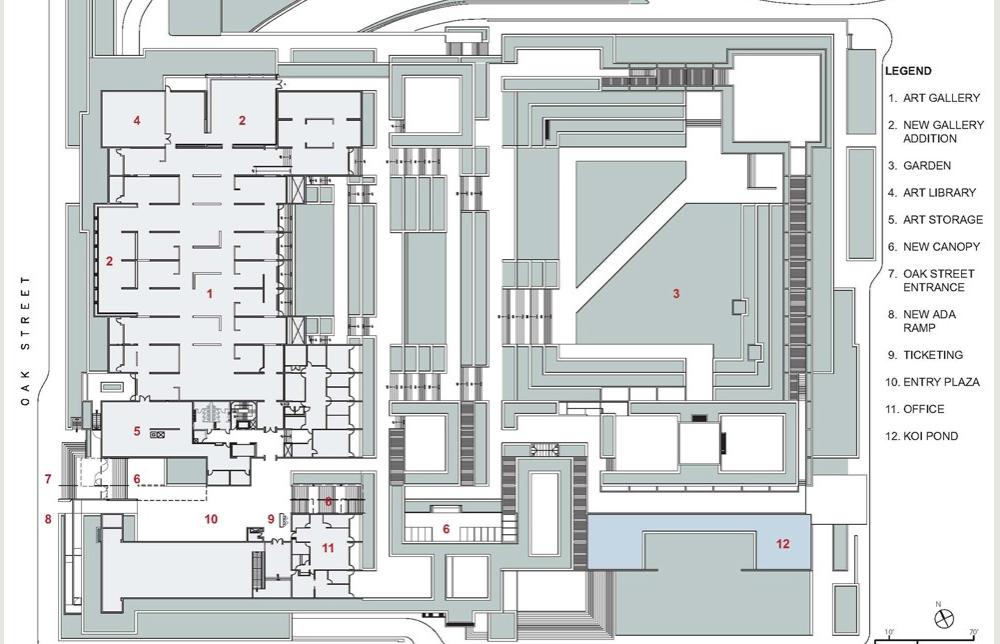 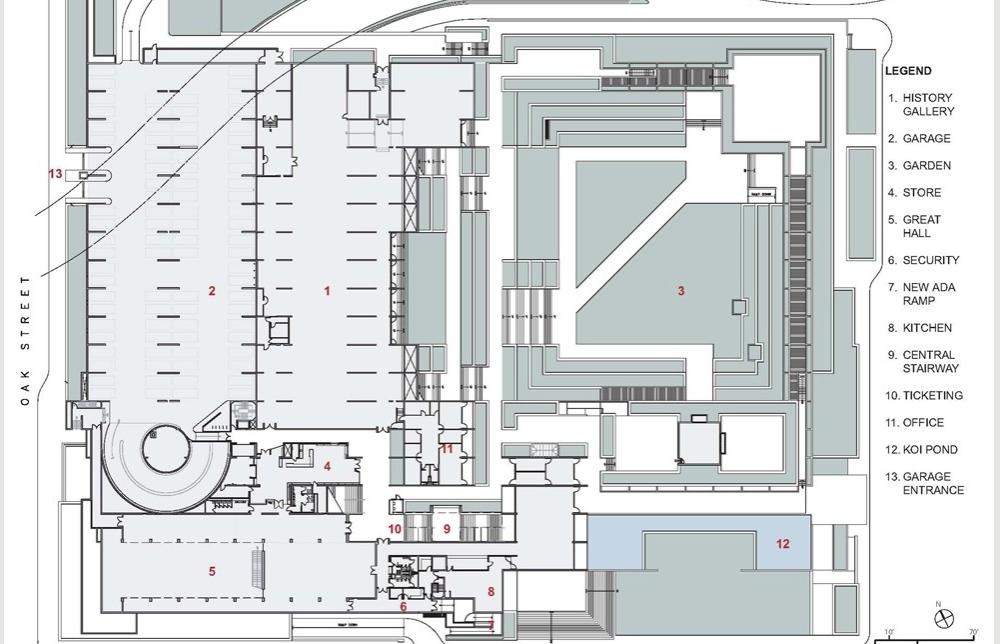 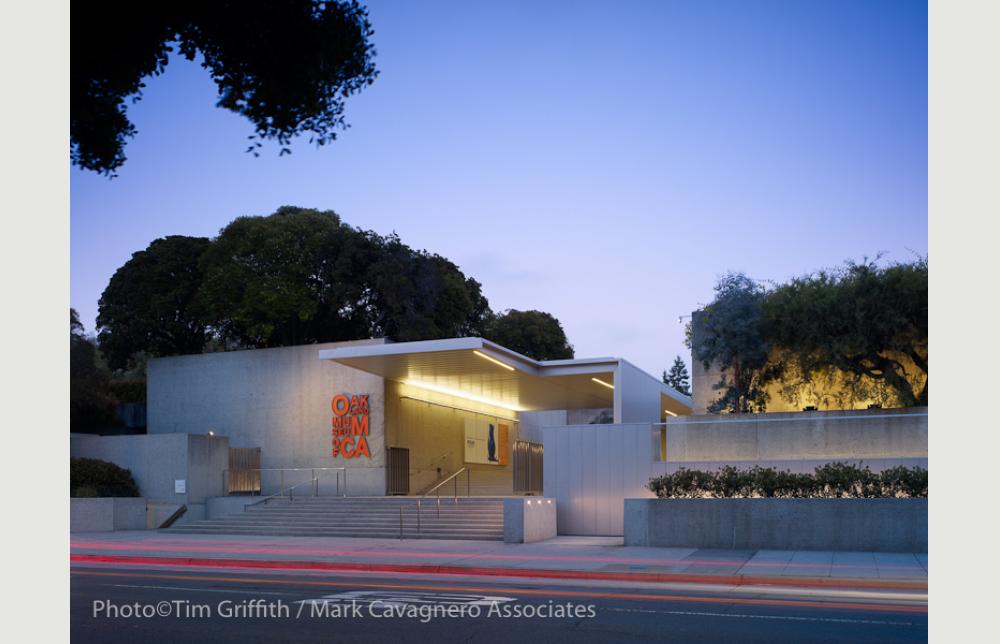 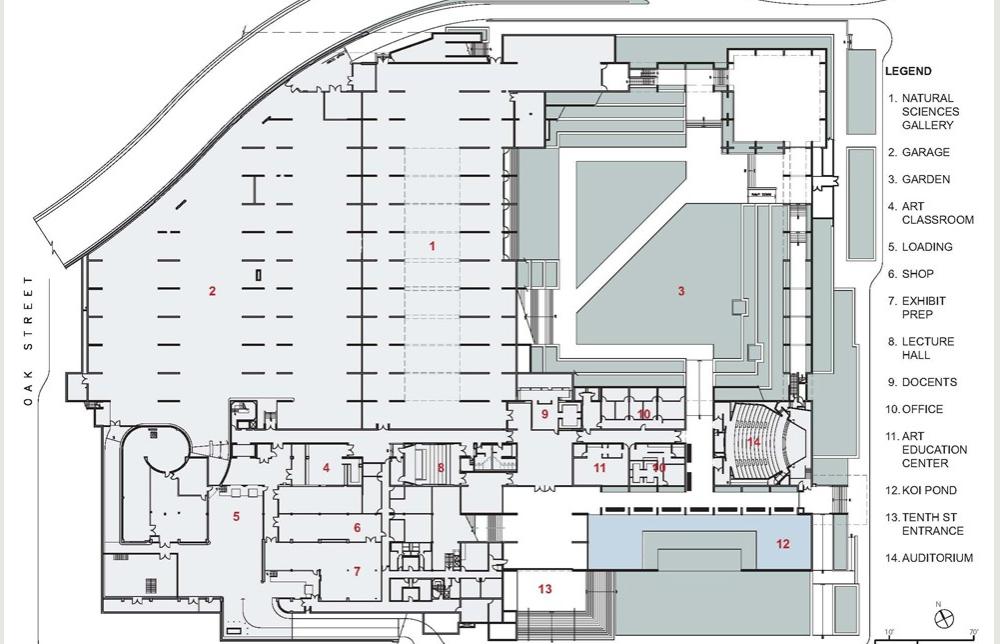 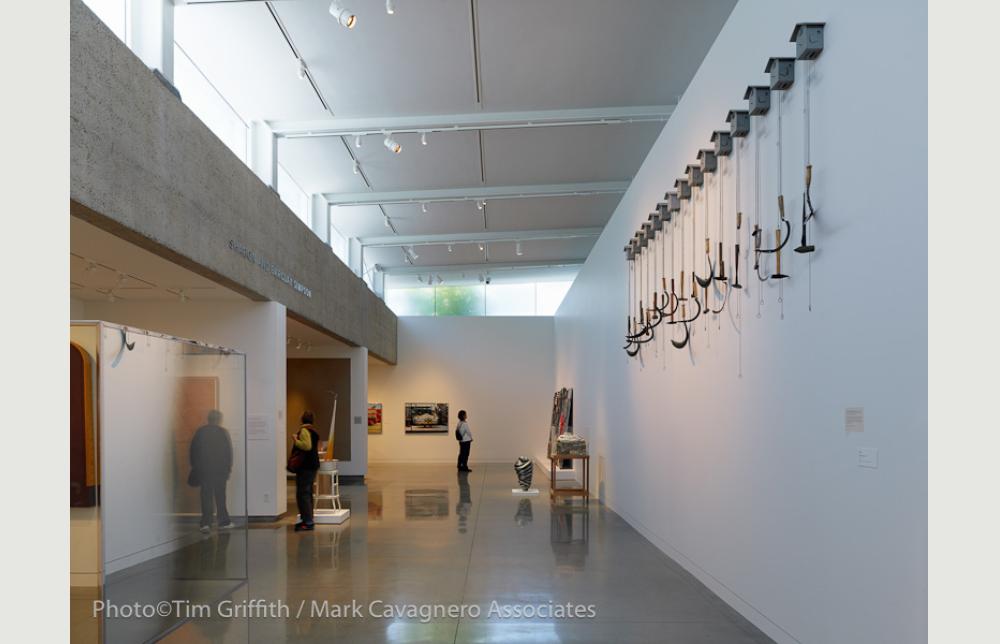 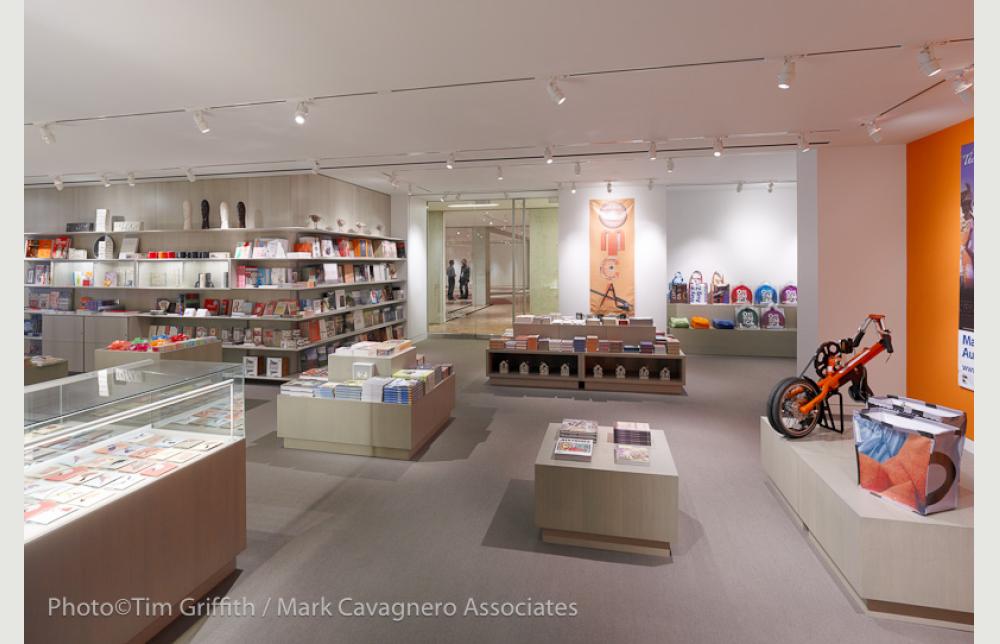 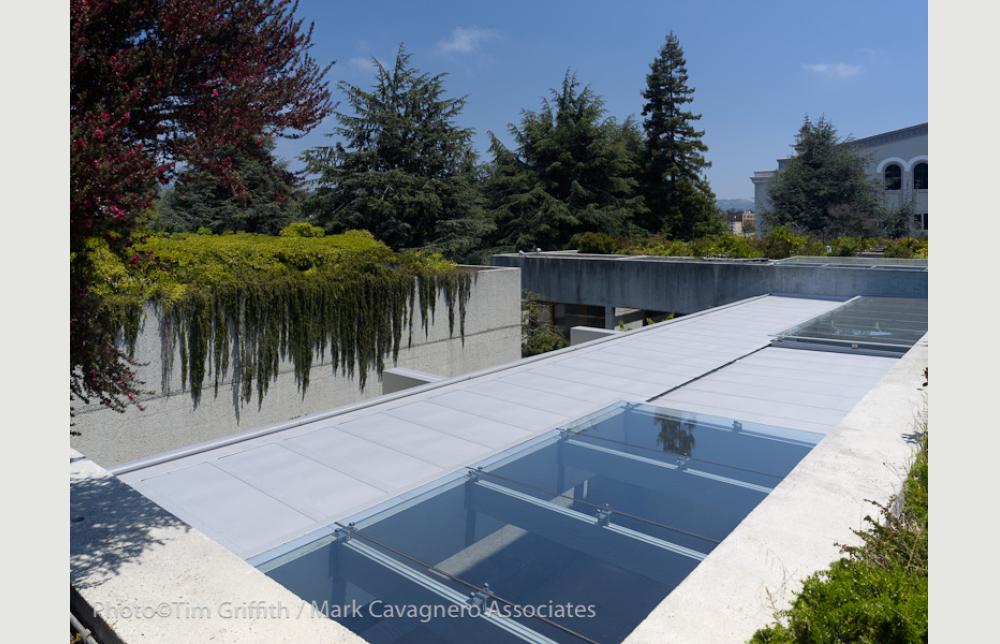 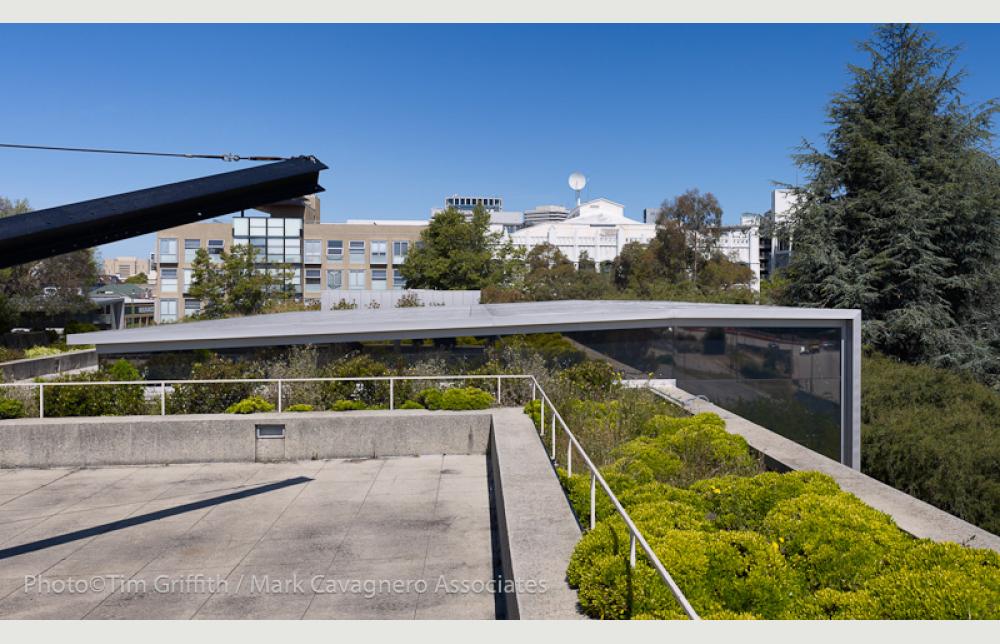 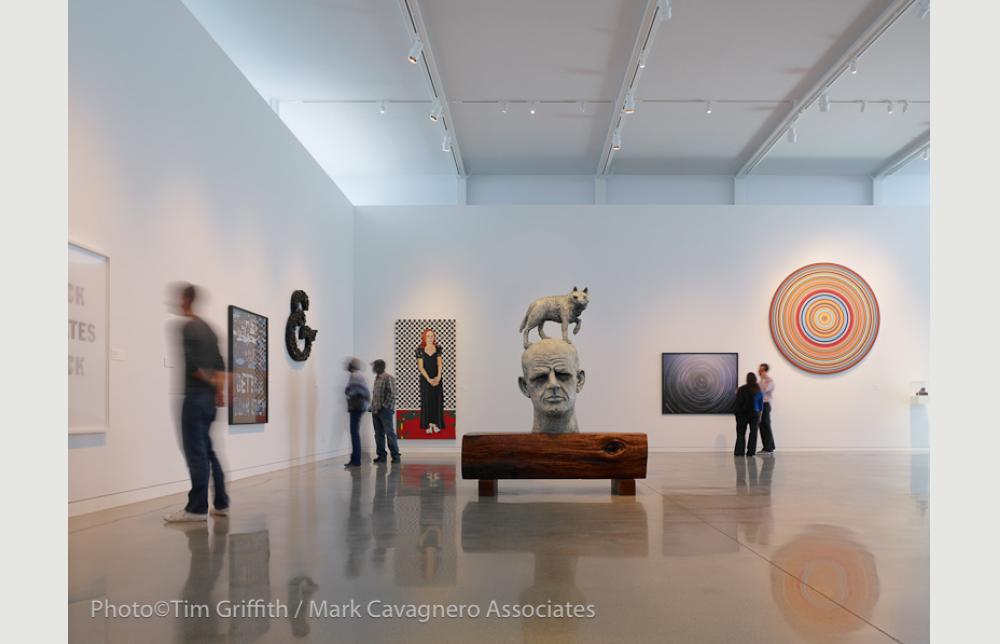 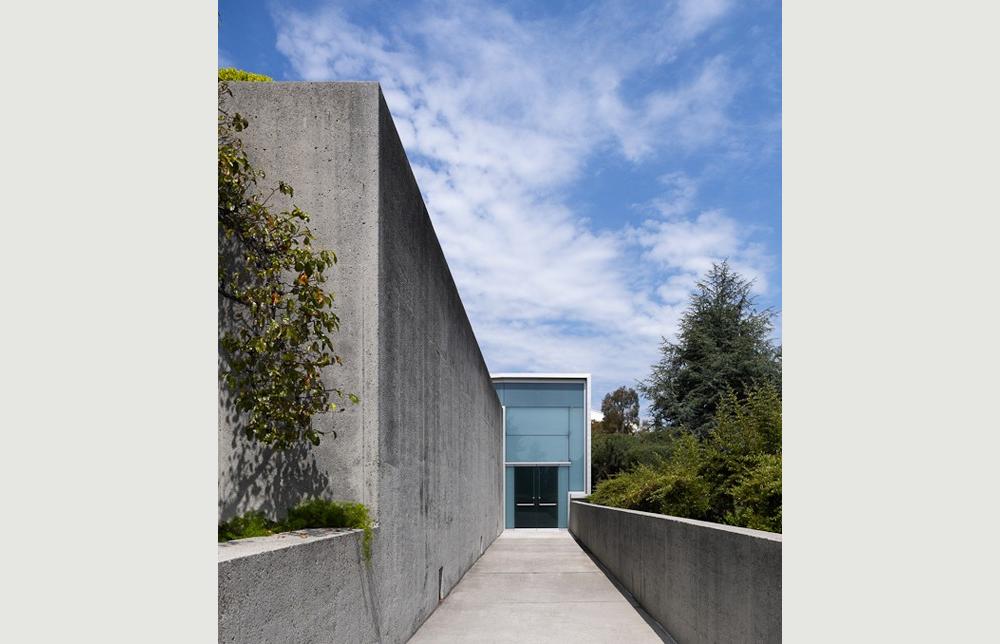 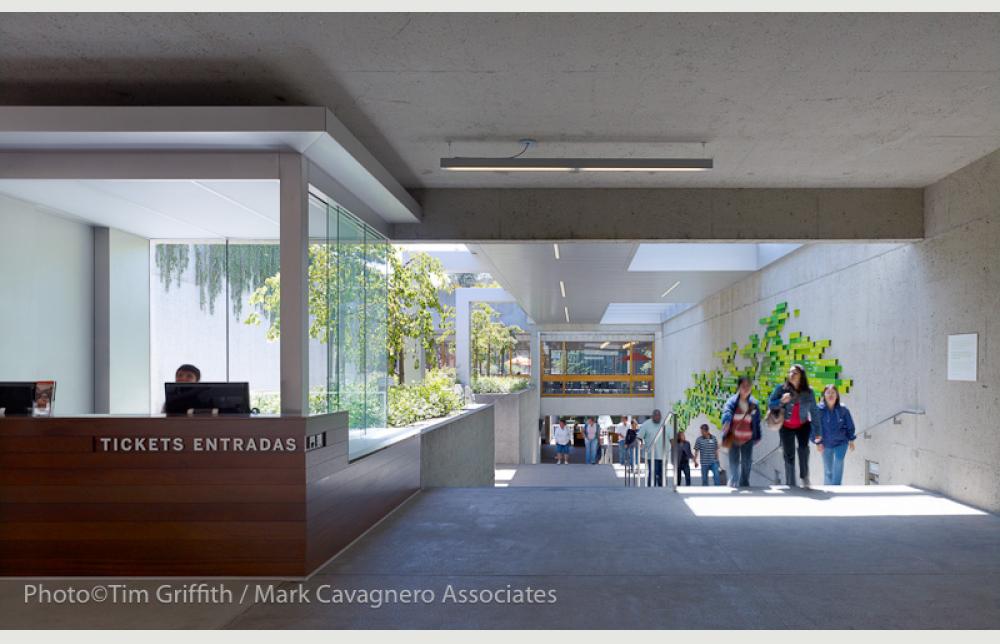 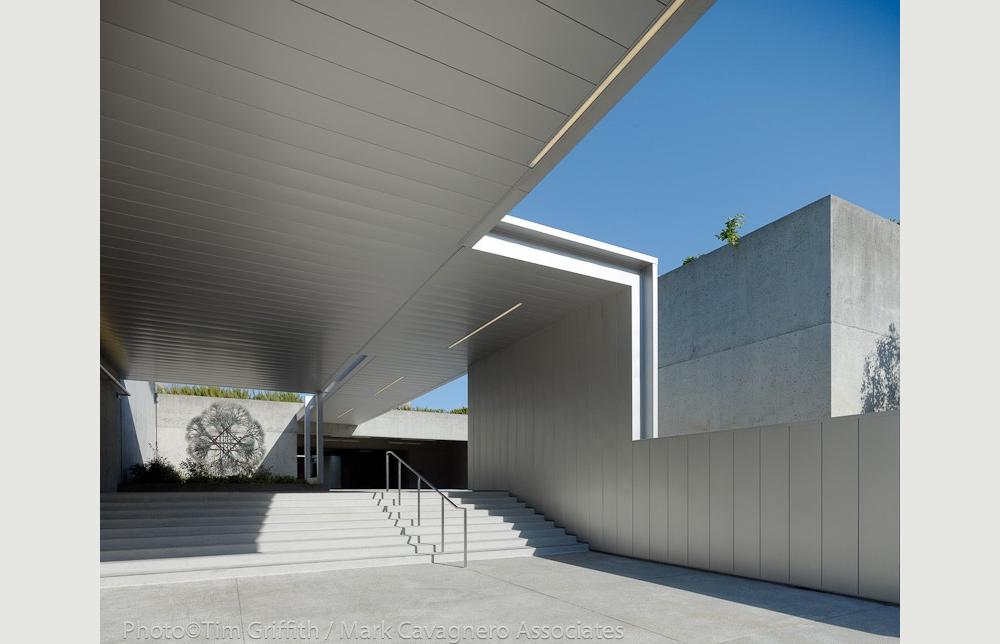 While the original architectural vision of the landmark Oakland Museum of California remains strong, the museum desired an expansion and renovation of the 40 year-old facility to meet its evolving needs. This expansion project provides functional upgrades with new lightweight steel elements that clearly differentiate from the existing concrete structure–a gesture that honors the historic structure without replicating it.
In 1969, the Oakland Museum of California OMCA — devoted entirely to the art, history and natural science of California–opened as one of the most significant architectural examples of mid-century modernism in the United States. Originally designed by architect Kevin Roche and landscape architect Dan Kiley, the museum is organized on three tiered levels over a 7.7 acre site, where the roof of one becomes a terrace of the one above. Over the passing decades, an expansion and renovation became necessary to meet the growing needs of the museum.
When charged with designing an expansion to such a monolithic landmark building, Mark Cavagnero Associates turned to lightweight steel elements as a counterpoint to the existing solid concrete walls. A new stainless steel entry canopy extends out to Oak Street to make the main entrance more self-evident and inviting. Together with new sky-lit canopies at the central stairway, covered circulation is now provided throughout the museum to further interconnect the galleries and visitor experience. Two new galleries of 5,200 SF are created for the display of the Museums growing collection by enclosing two underutilized courtyards. The enclosures are each supported by a lightweight steel structure that lifts high above the space accommodating larger art pieces not previously displayed at the museum. Other improvements in this phase include new ticketing positions at each level, an expanded museum store re-located to the second level, upgrades to the restaurant to accommodate a new caf, a renovated 280-seat auditorium and 94,000 SF of renovated gallery space.