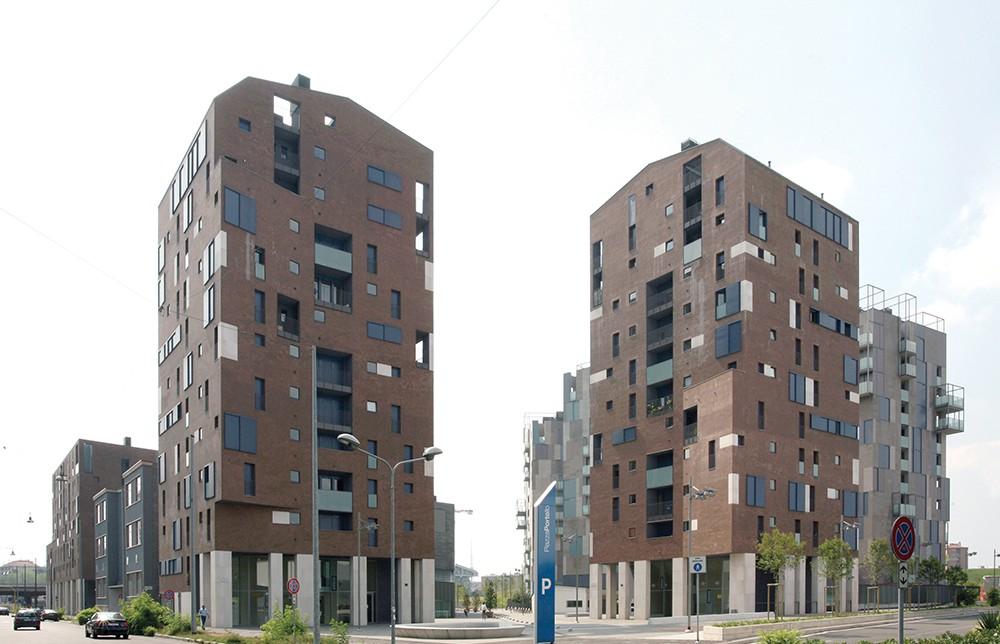 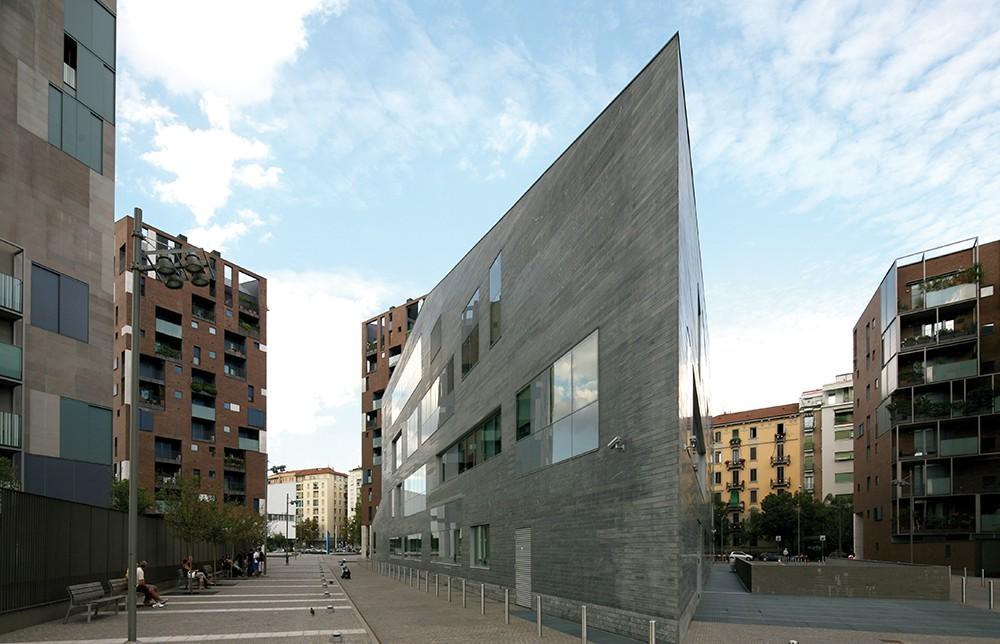 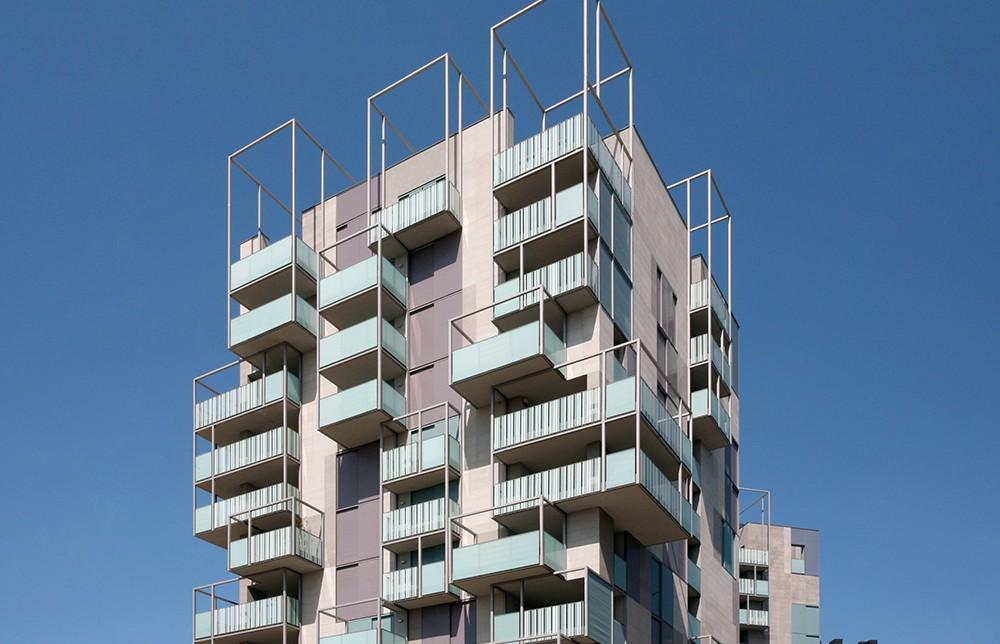 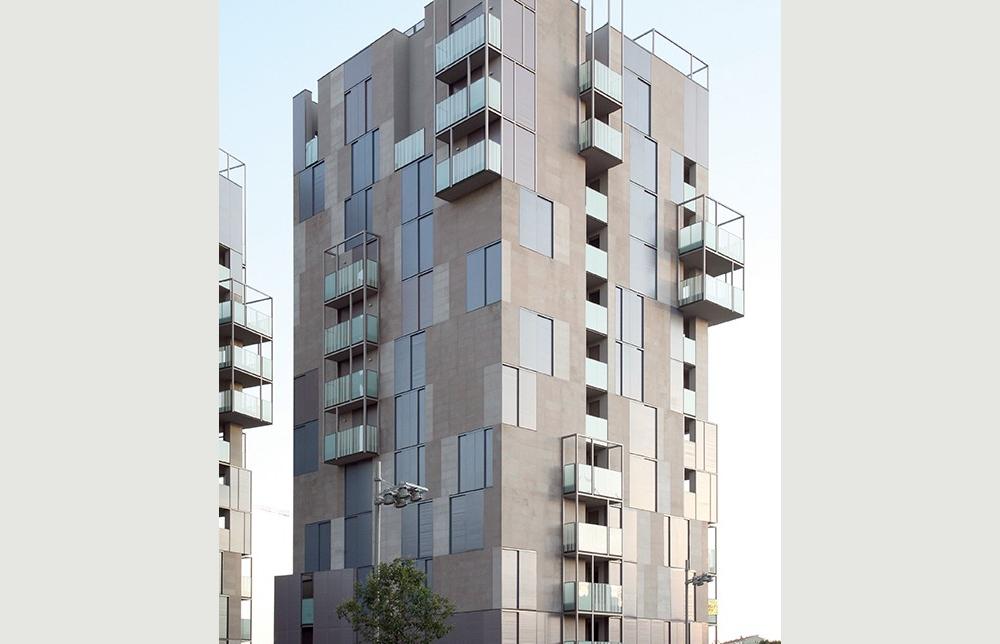 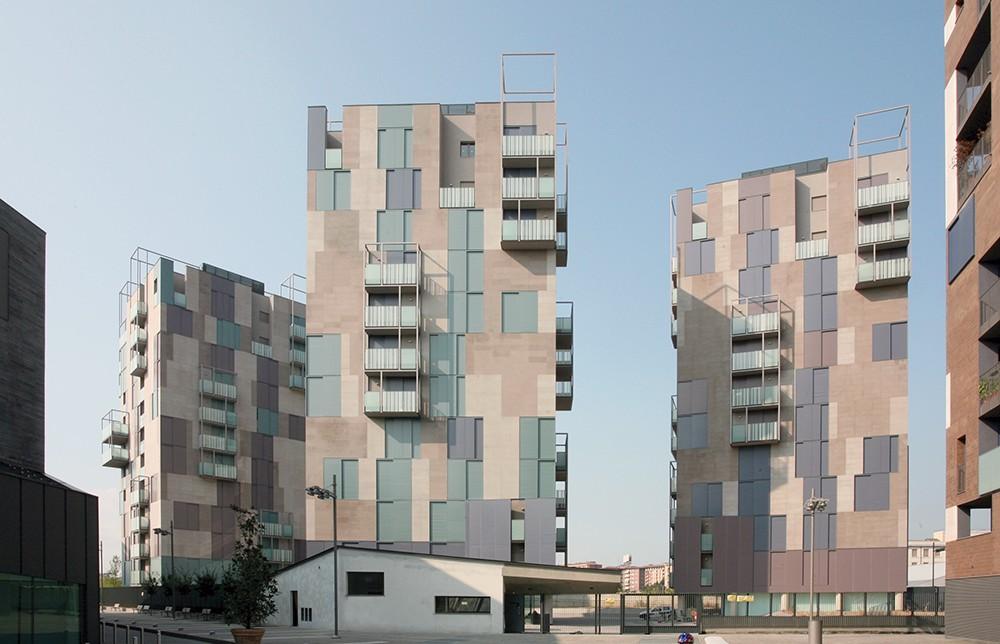 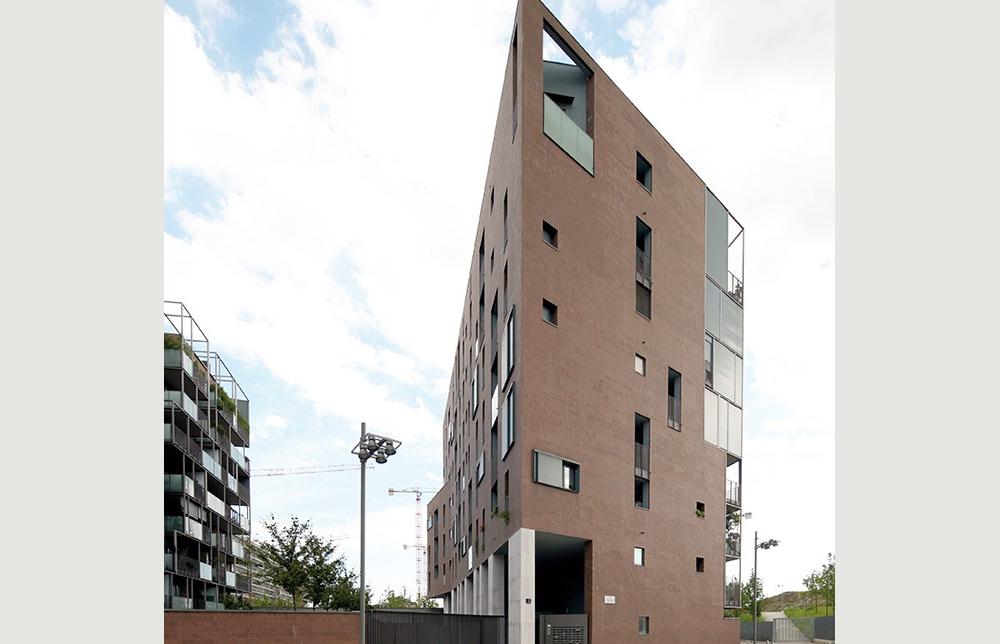 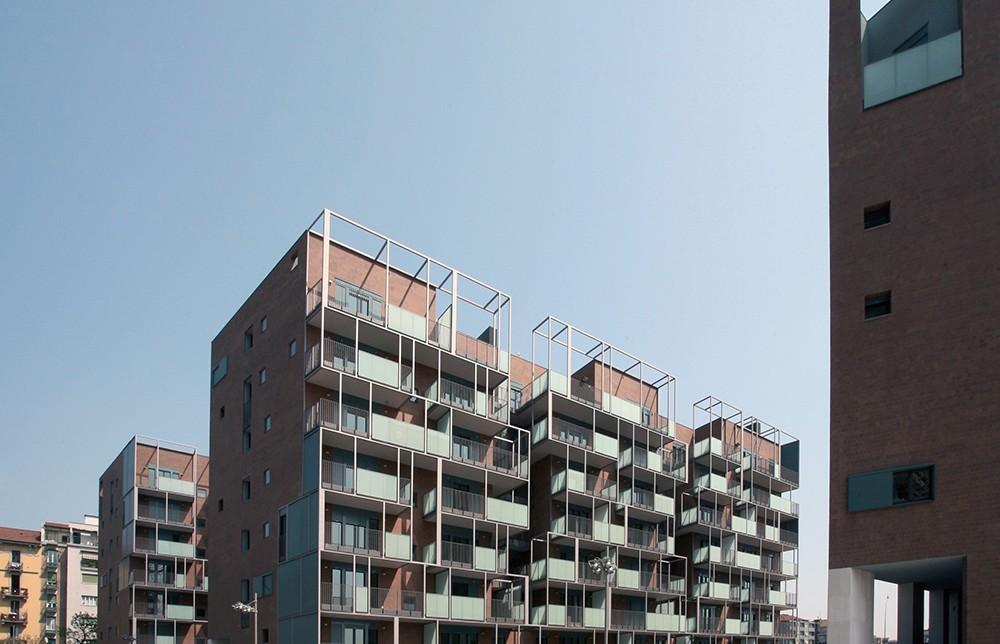 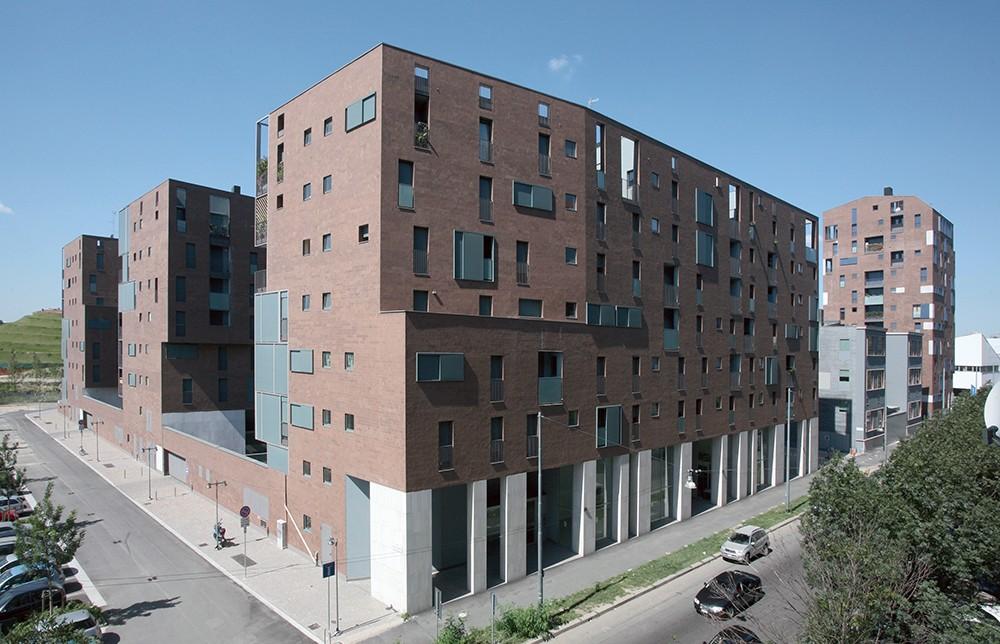 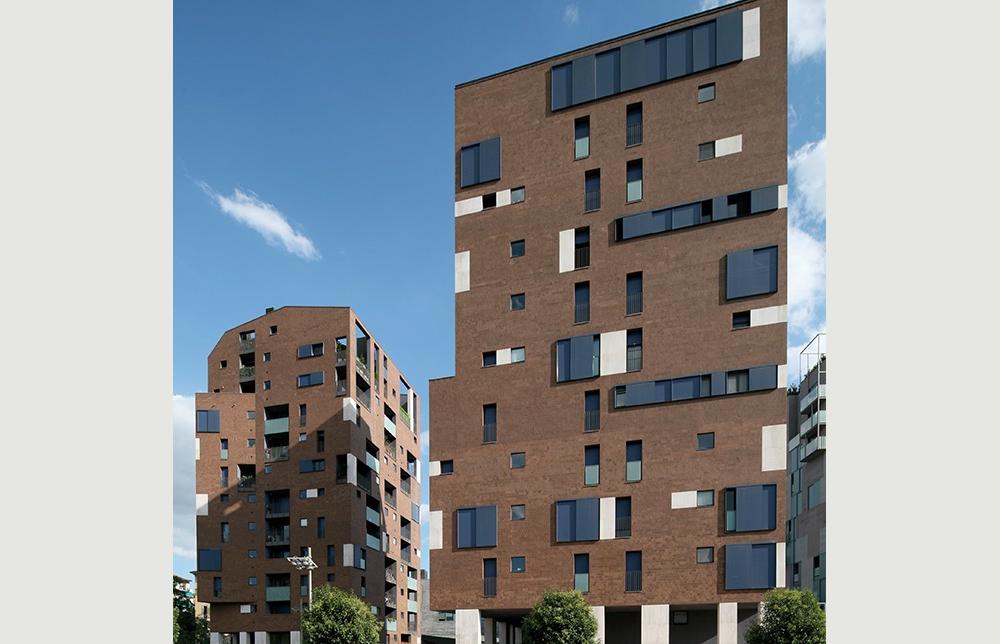 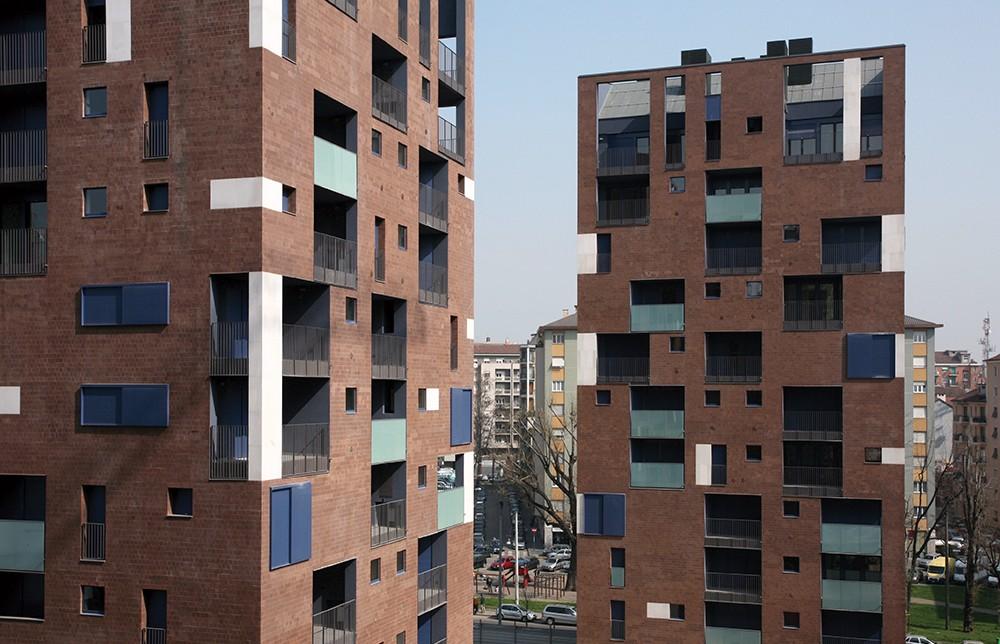 The project creates a new city part in coherence with the larger process of transformation affecting the area.

The anomalous scale of the existing industrial Alfa Romeo precinct is opened to collective use by tracing a new series of pathways connecting it with the surrounding urban net. A new square along via Traiano generates a new diagonal pedestrian way which becomes the main access of the new park.

In the middle of the area, the volume of the former Alfa Romeo cafeteria is conserved and inflected toward the park by the new path cutting its corner.

In the North portion the project adopts a high-rise residential type which maximizes the transparency between city and park and gives long views on the surrounding territory and the artificial Monte Stella.