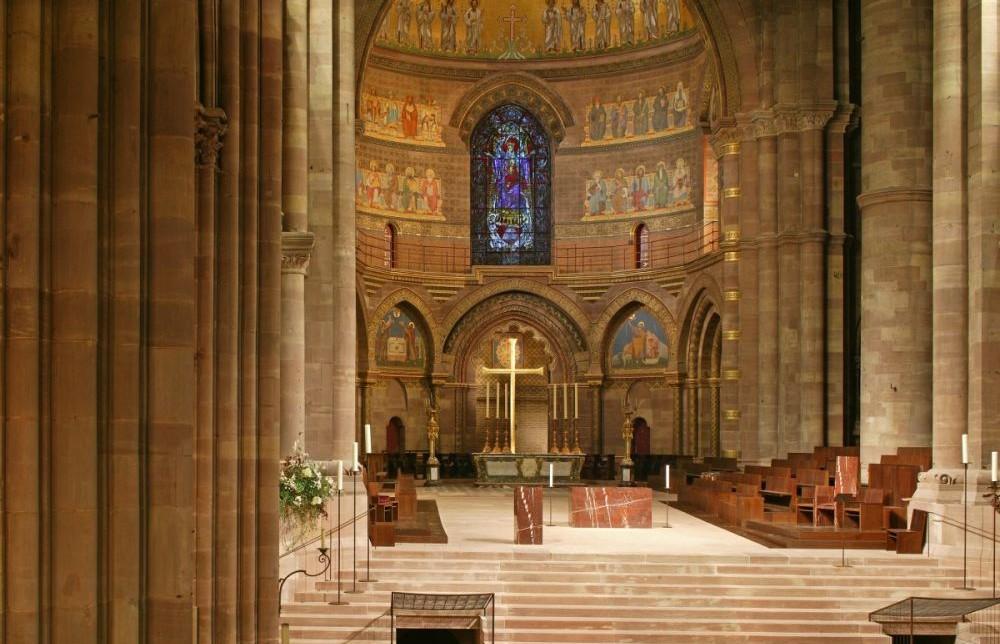 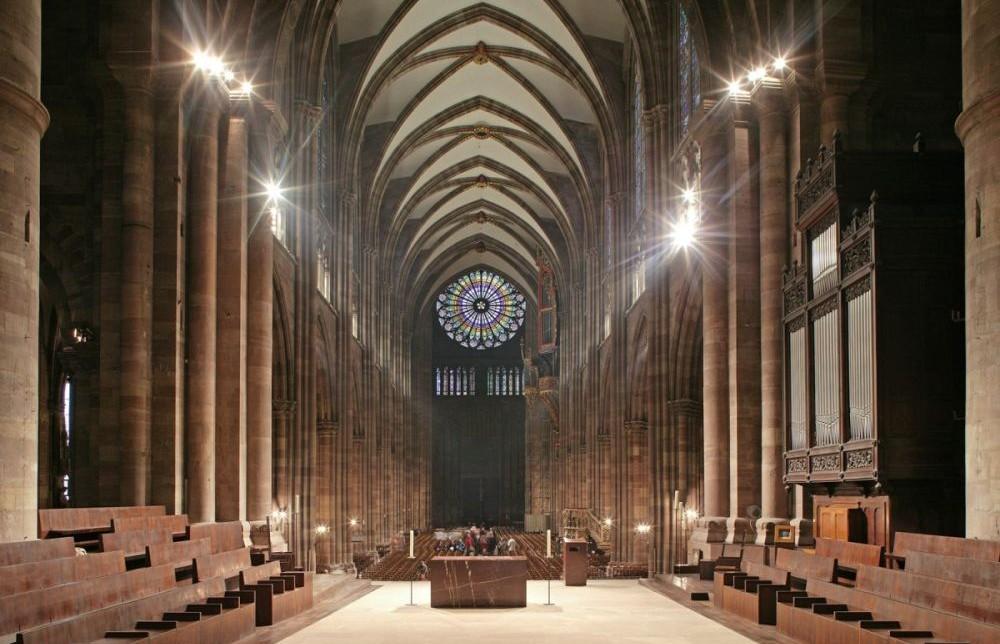 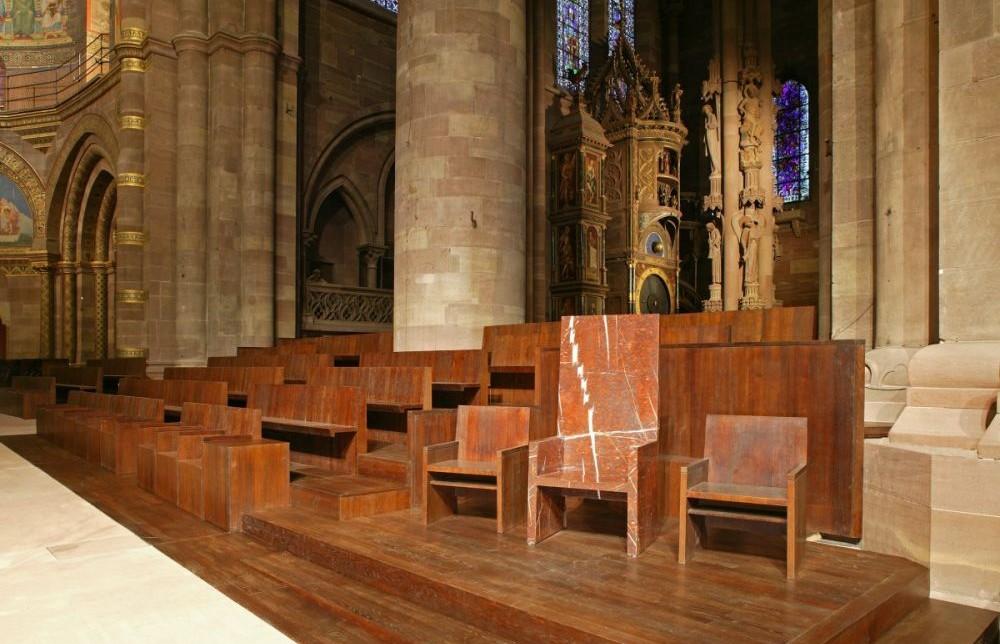 Embracing the entire choir, the works provide clarity and coherence to the liturgical space that had been basically reorganized following the Vatican Two Council, using mobile furniture and platforms for the choirs. The works aimed to provide additional space to increase the cathedral’s capacity and, though its geometry, make it more logical. The intention was to comprehensibly reposition the signs and symbols of the liturgy: the altar, the ambo (the pulpit for readings for the Bible reading) and the cathedra (archbishop’s chair), with the high altar remaining in its position at the backdrop of the choir but with a new glory cross positioned along the axis of the apse to indicate the route to be taken by those entering the cathedral. The new liturgical platform is enlarged to match the scale of the cathedral by providing a wide general tread curving back away from the pillars. The pink sandstone podium encompasses the two staircases leading to the crypt which, is provided with a restrained canopied protection. Raised by 2.2 meters, the podium has a slight 3 percent slope over a distance of 30 meters lowering towards the nave in order to bring the congregation closer to the officiating celebrants. Above are positioned all the religious reference points. The altar is a large red marble prism whose veining takes the form of a large cross leaning in the same way as the crucifix. Made from the same marble, the ambo answers with veining expressing the words spoken to the worshippers. The cathedra uses the same natural stone pattern to signify that it is the other aspect of the learned words. It lies opposite, below the gaze of the sculpted Christ looking down from the pillar of angels, on one of the two waxed oak rostrums enclosing the choir and used for choristers and the congregation (100 places to either side). The altar, ambo, and cathedra are constructed from the same highly veined block of Griotte de Carcarssonne stone whose rich color reflects the local pink sandstone.