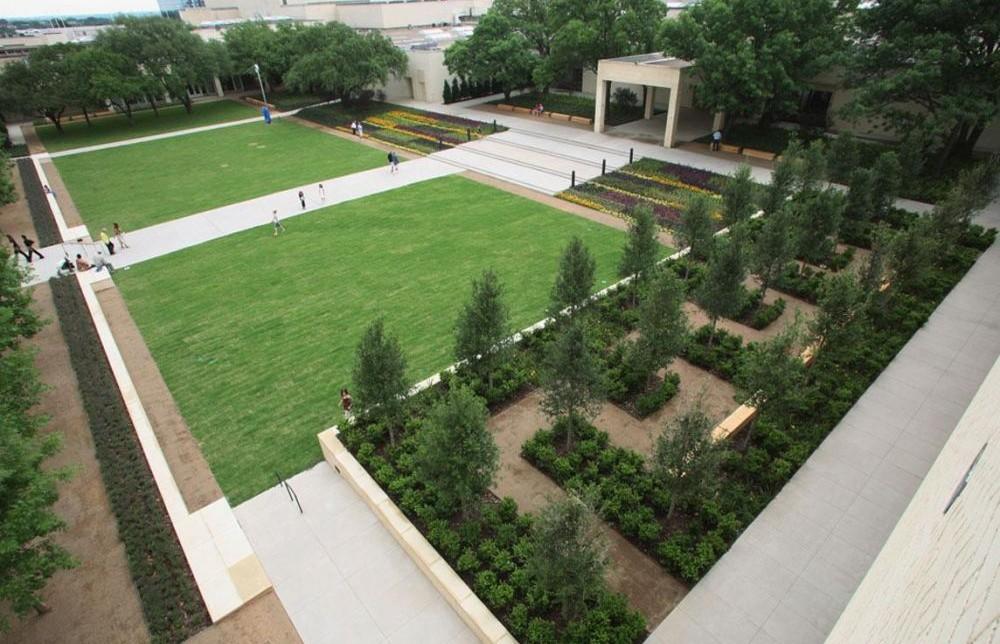 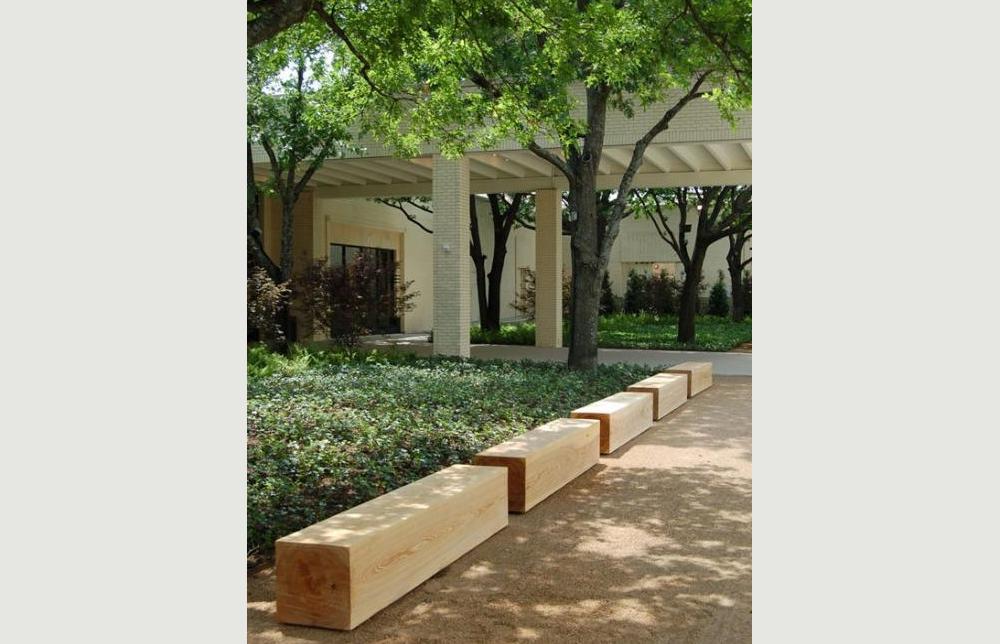 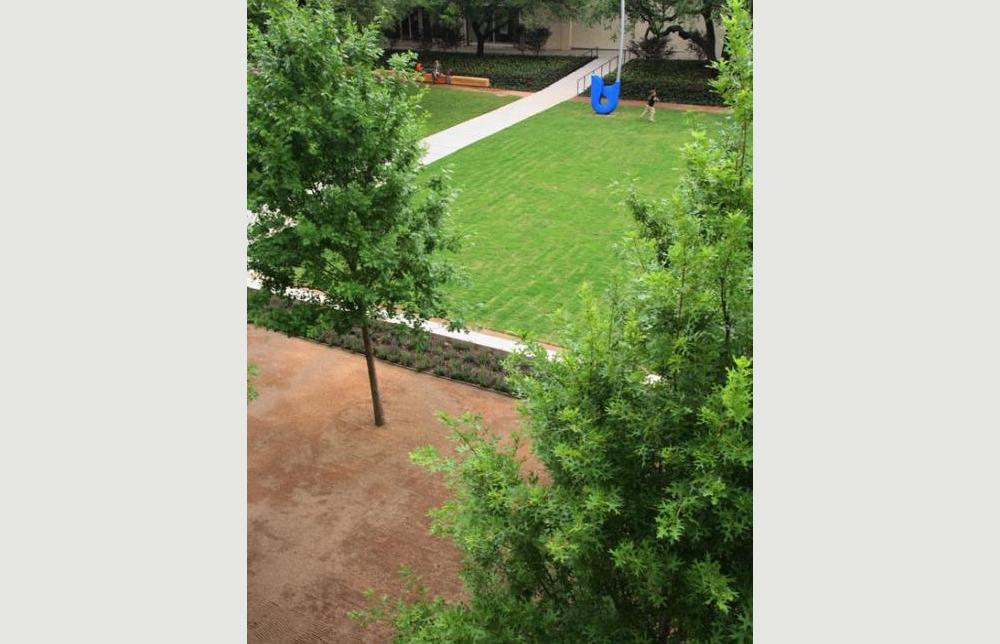 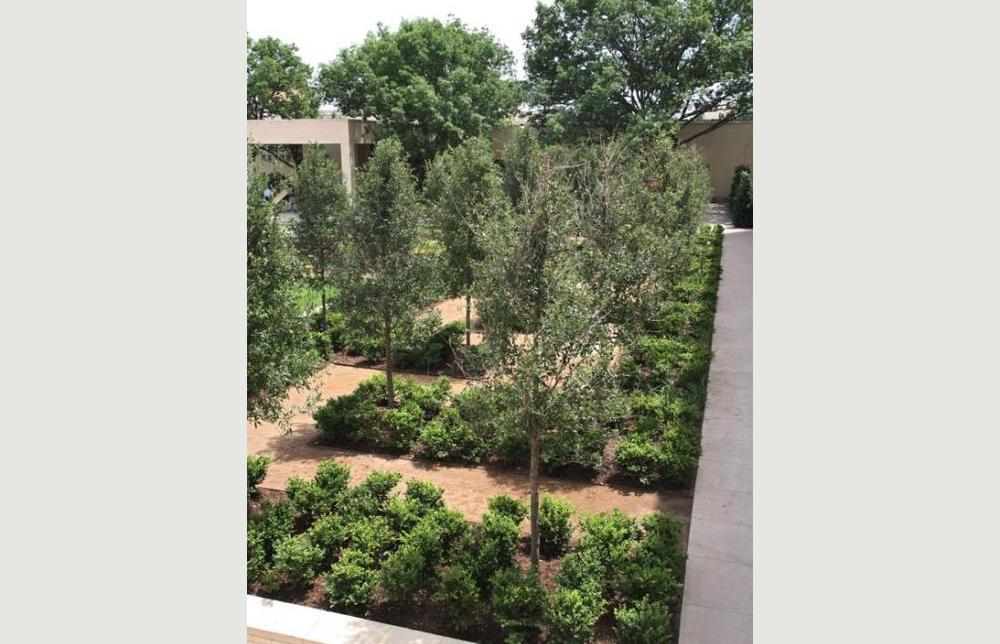 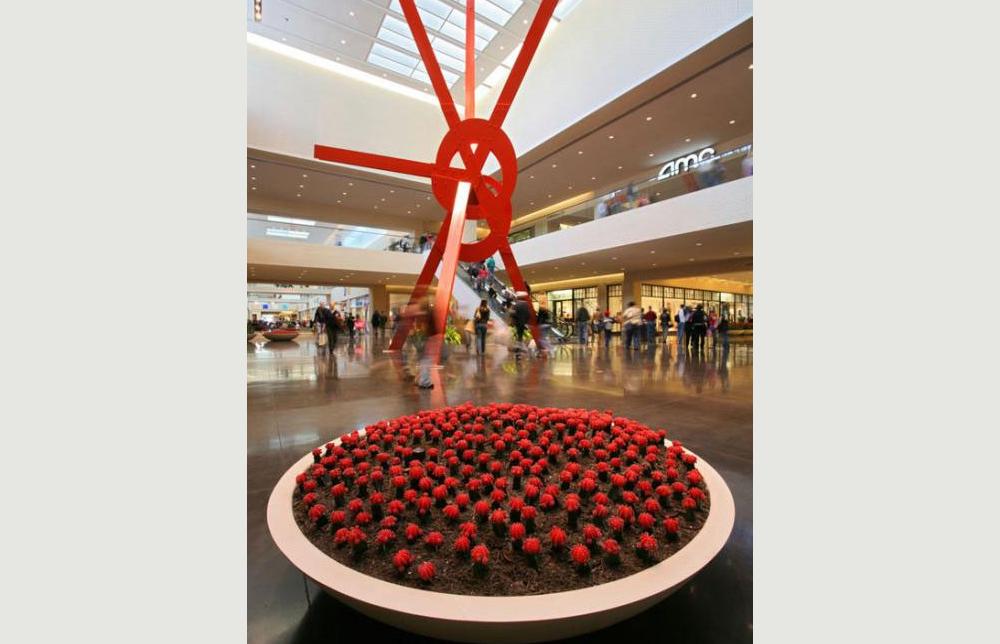 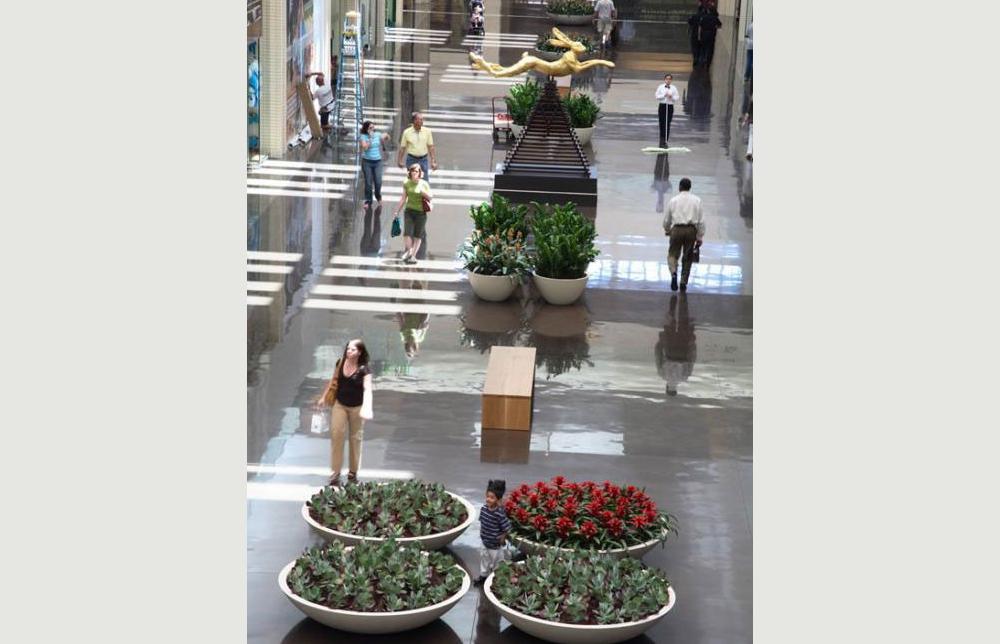 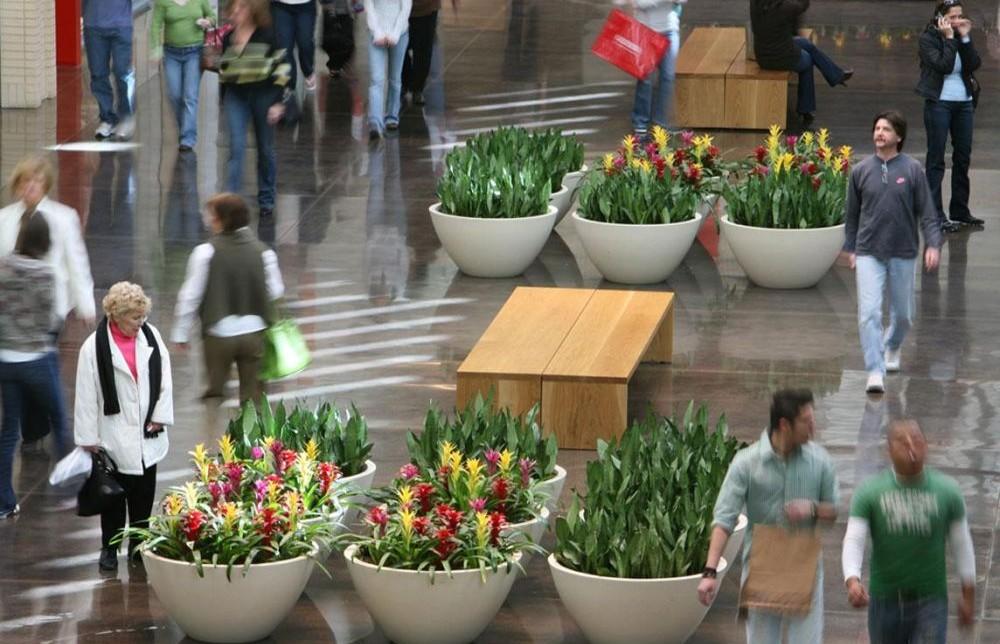 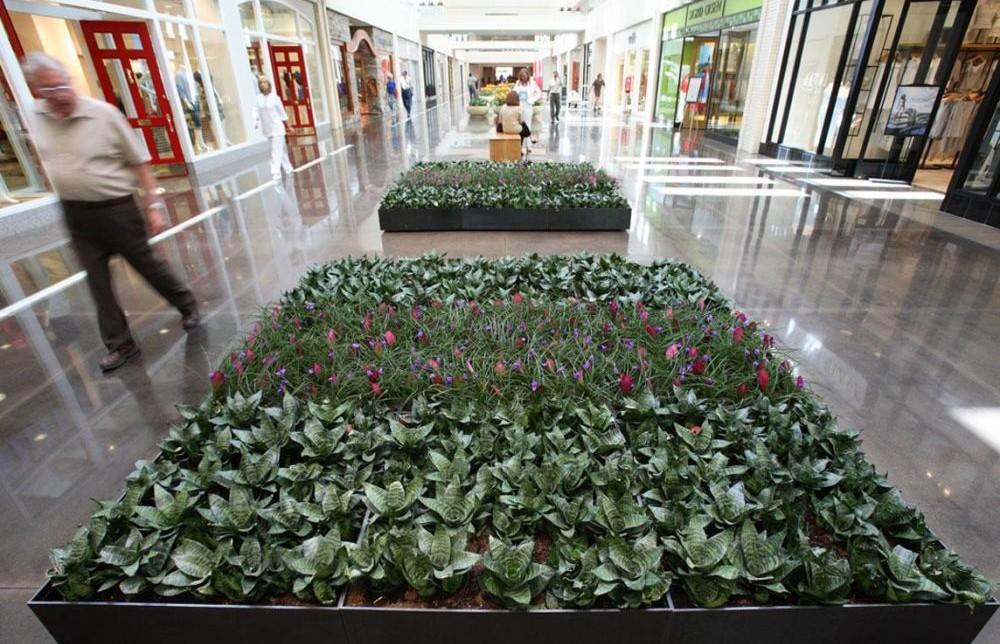 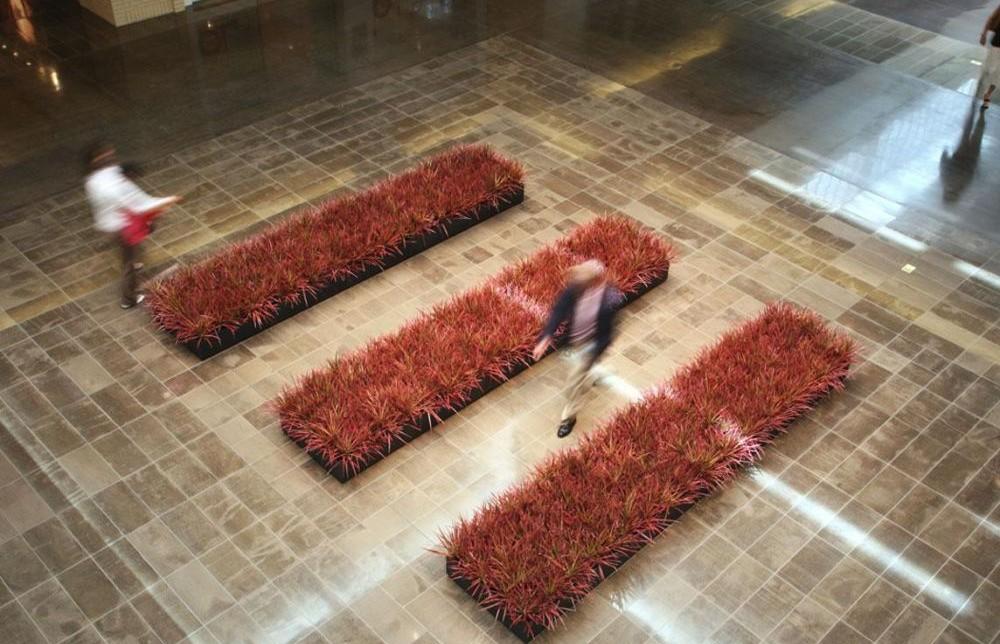 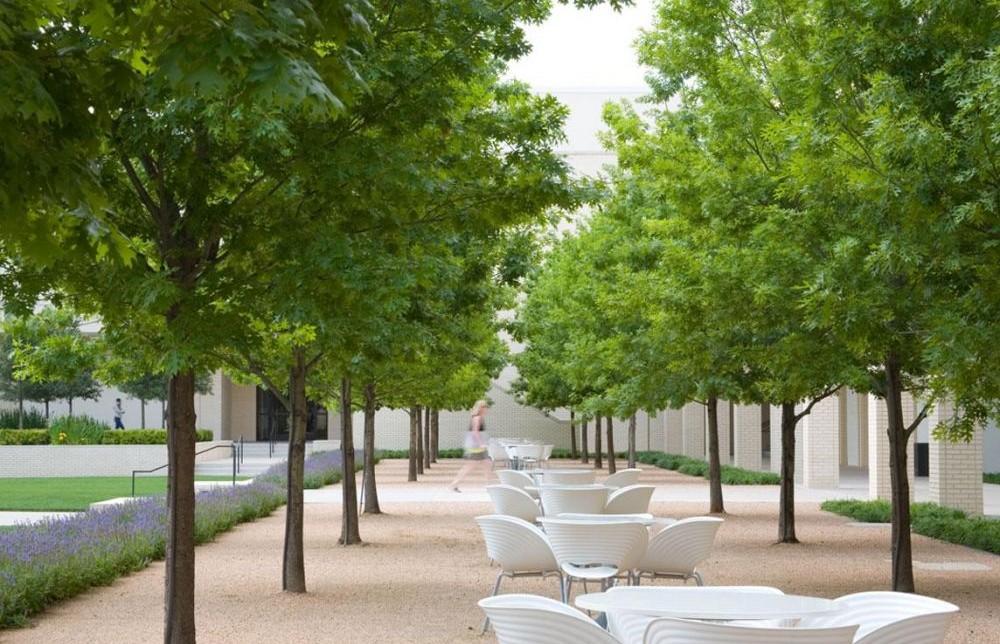 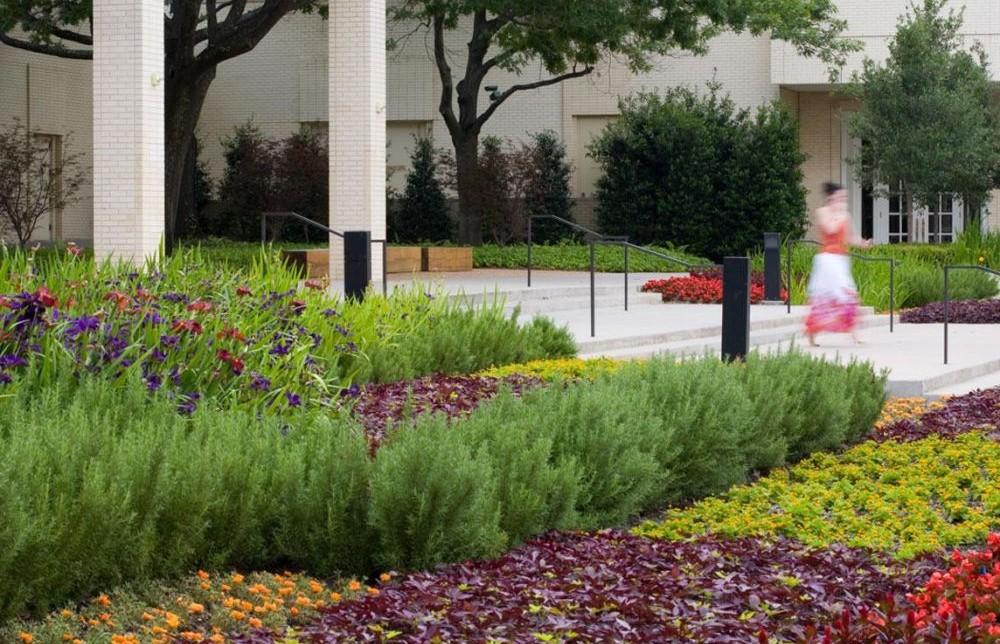 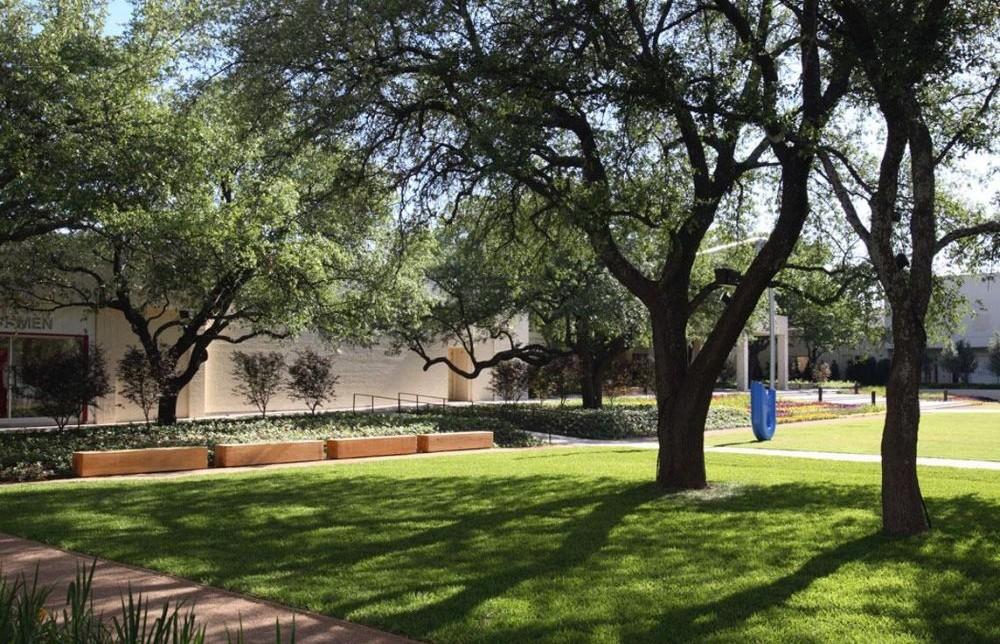 The NorthPark Management team has worked with MESA for over thirty years, expanding its role on a recent $235 million expansion. In its expanded role, MESA has purposefully respected the clean-lined, modern design of the original landscape architect firm, Lawrence Halprin and Associates. Designed by Eero Saarinen and Omniplan, it is the first retail center in the United States to bring art by the likes of Andy Warhol, Joel Shapiro, and Jonathon Borofsky to the public in this setting. It is the only shopping venue to rotate sculpture from the Nasher collection on a regular basis and contains the only interior art installation by Mark di Suvero. NorthPark’s owners, also the client, have long understood that aesthetics have monetary value, and that a landscape architect’s design aesthetic and horticultural knowledge can bring an added level of texture, scale, and intellect to a project of this magnitude and use.

MESA worked closely with the owner, architect, mall-management, general contractor, civil engineer, existing tenants, and future retailers to design the interior expansion and renovation of existing mall. While working on the design plans for the interior and exterior plant selection, the landscape architect collaborated on a copyrighted series of museum-quality planters, benches, ash urns, and trash bins. The planters are minimalist in nature: circles, squares, and a series of rectangles. Each is planted with a modern floral display in a simple and unconventional palette that is changed seasonally—an assortment of unusual cacti, collection quality bromeliads, and orchids. Plants that are newly developed using tissue cloning give the shopper a view of first use cultivars. A lack of kiosks provides opportunity to carefully place planters and create a street atmosphere with café spaces along the mall corridors, making NorthPark Center one of the only shopping malls with this arrangement.

CenterPark, too expansive to be a true courtyard, is a new urban park within Dallas’s iconic and culturally significant retail, restaurant, and entertainment environment, NorthPark Center. The landscape architect transformed a parking lot into a garden and programmed the space for public and private events.

MESA worked closely with the owner, architect, mall-management, general contractor, civil engineer, existing tenants, and future retailers to design a new garden and exterior event space. They also worked with the owner on the programming matrix for the outdoor space and served on the selection committee to choose many of the art pieces including Corridor Pin, Blue, a gigantic sculpture of a safety pin designed by Claes Oldenburg and Coosje van Bruggen, placed in the new two-acre garden.

MESA has also worked with NorthPark’s owners to advance the idea of community outreach and education. The landscape architect has helped to program events and to design and oversee the installation of special horticultural displays for outdoor garden galas including Fashion in the Park, Dallas’s version of the Bryant Park fashion shows, symphonies, and other art events. This outdoor programming is a continuation and expansion of NorthPark owner’s commitment to community outreach and arts education prevalent in venues within the building including Canstruction, an exhibit of sculptures created from canned food to benefit the North Texas Food Bank; the American Institute of Architect’s Retrospect, a public awareness exhibit about architecture and landscape architecture; the Trains at NorthPark exhibit with all proceeds donated to the Ronald McDonald House; and events that support the Salvation Army, the Junior League, and AFI Dallas International Film Festival.