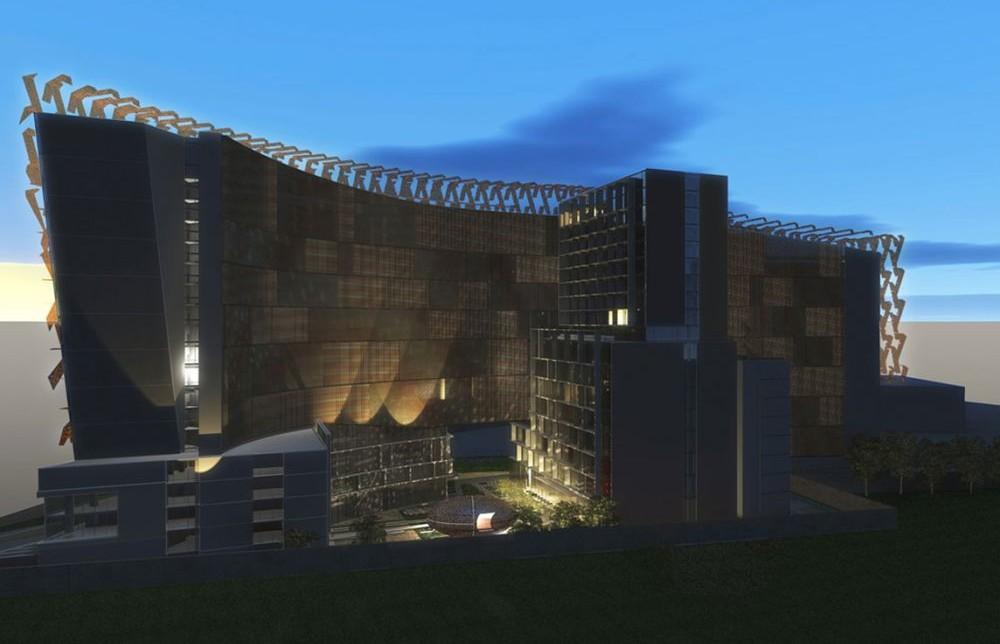 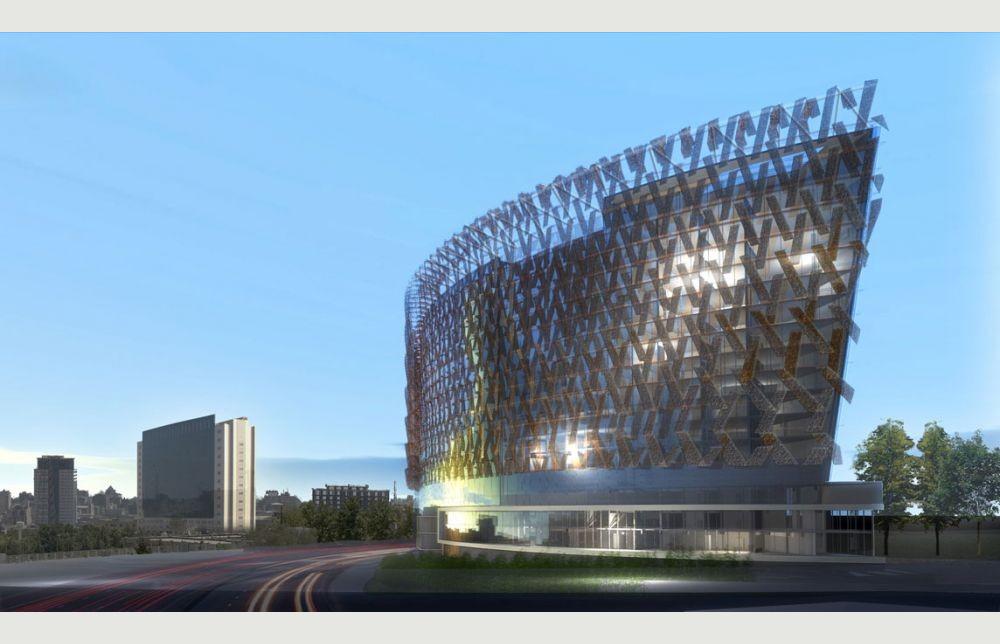 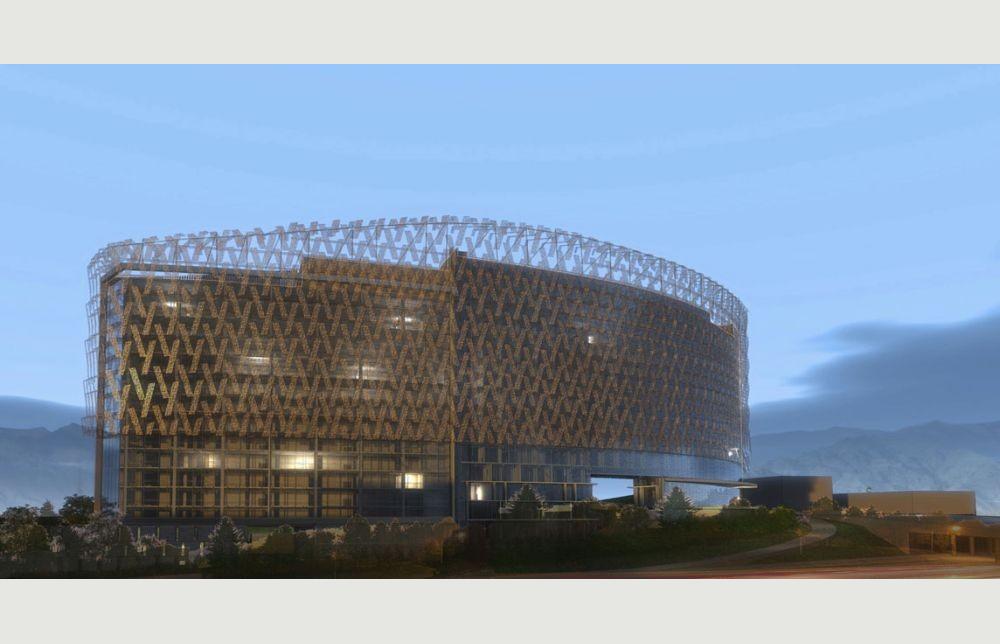 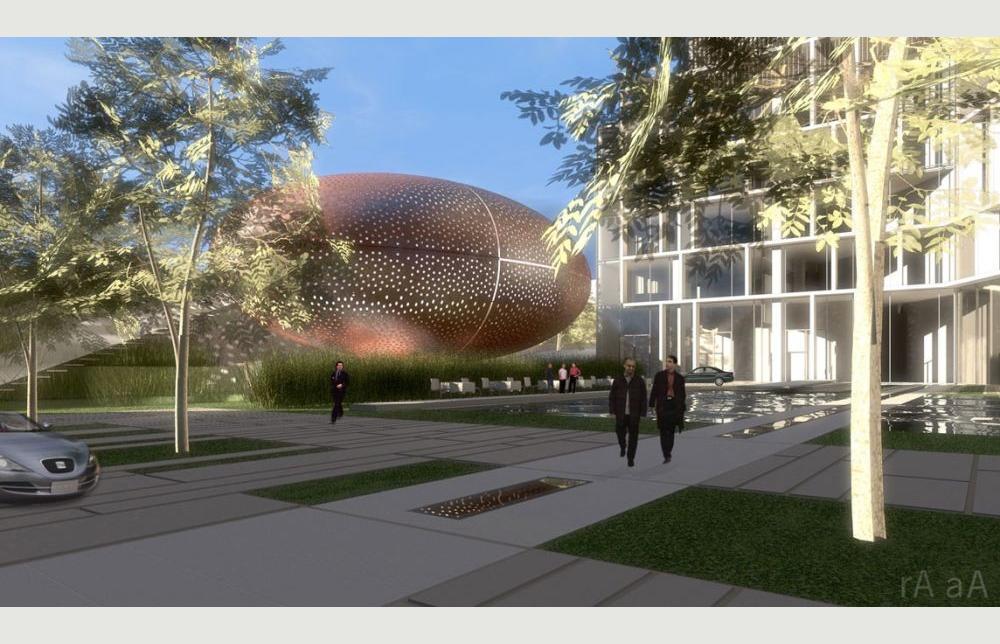 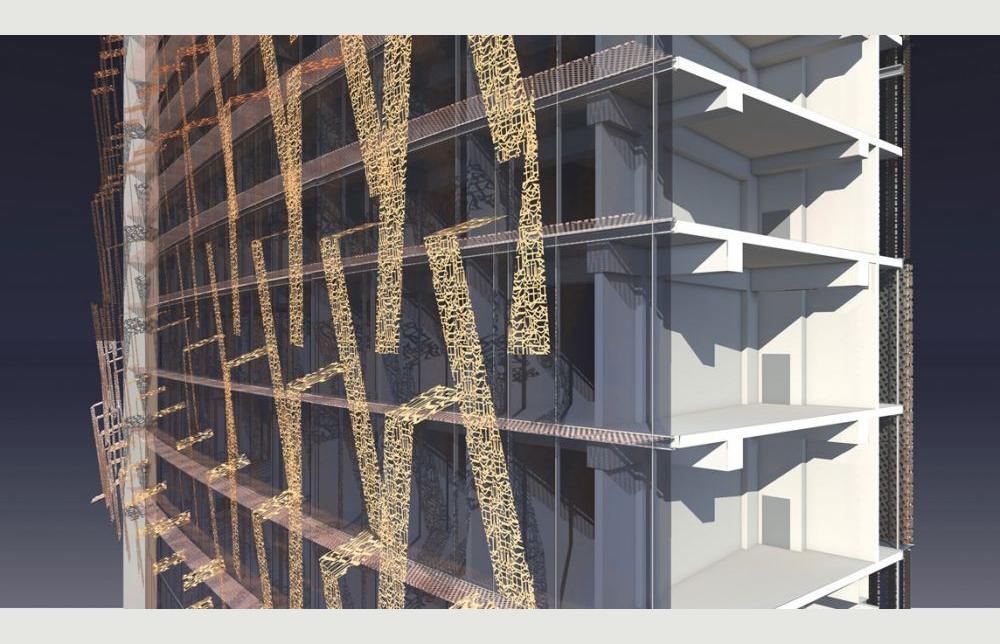 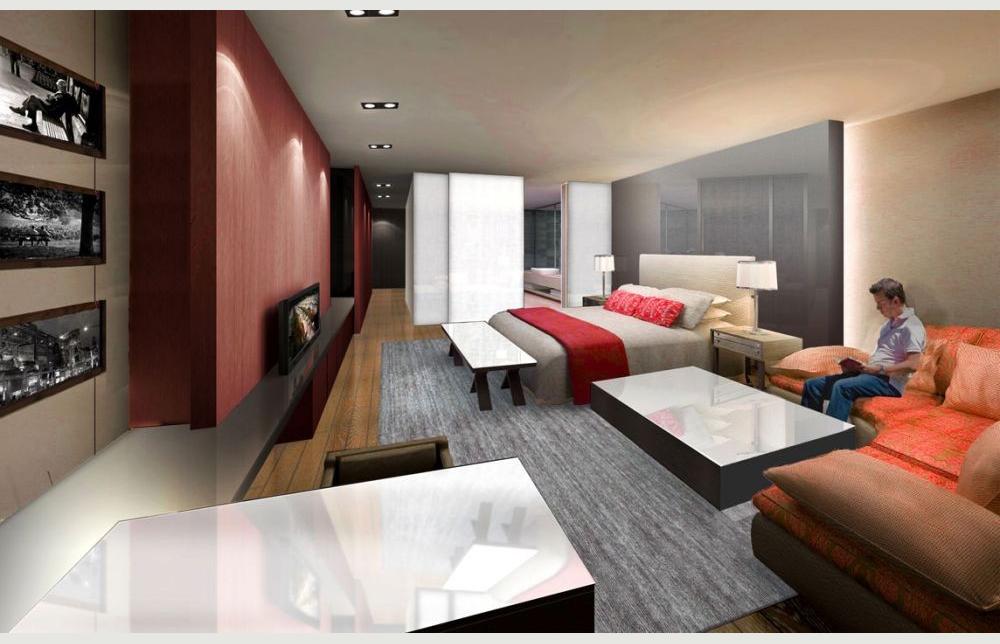 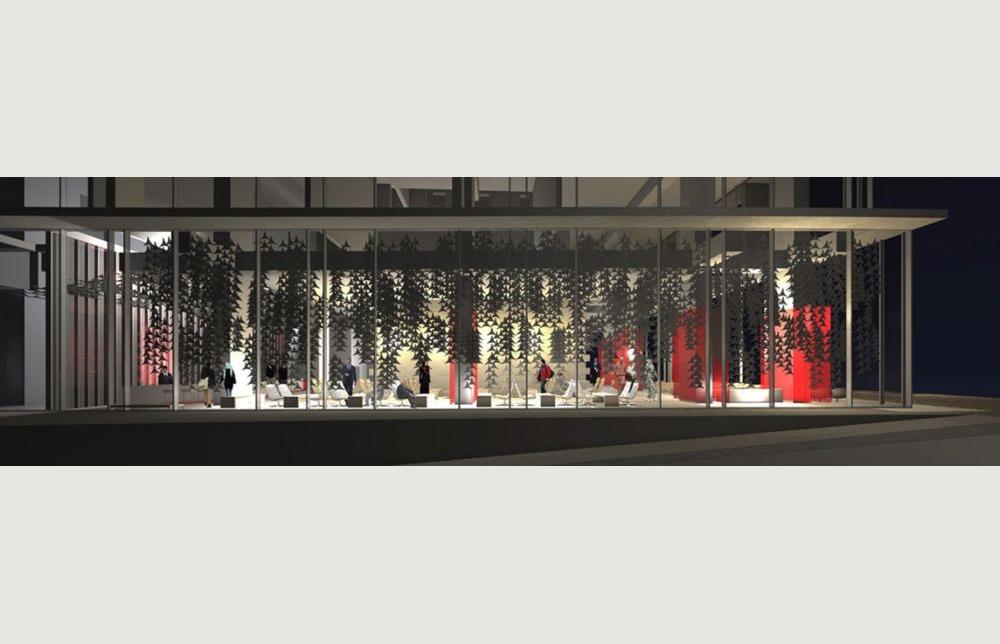 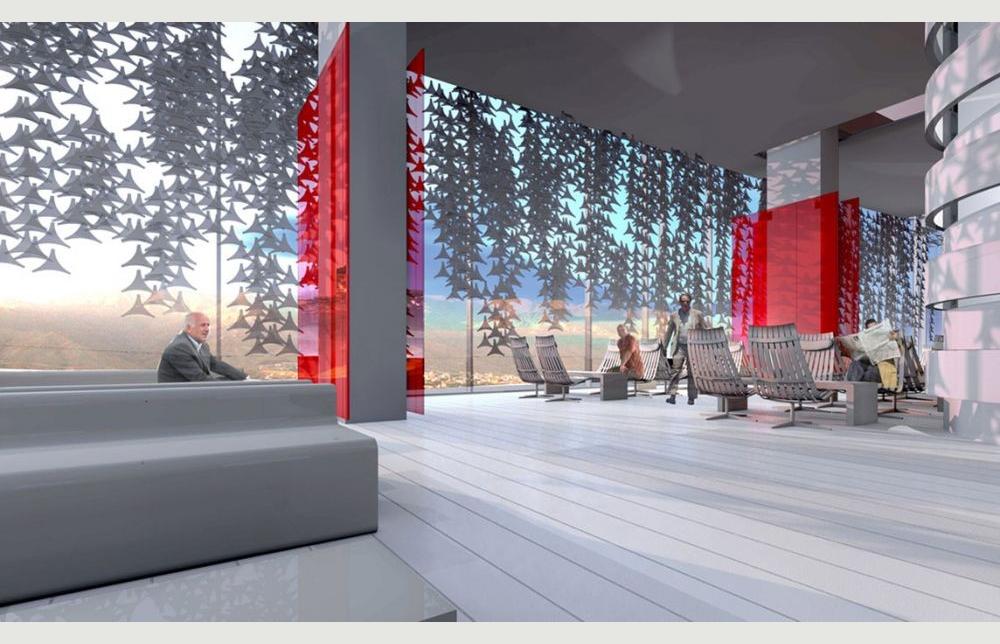 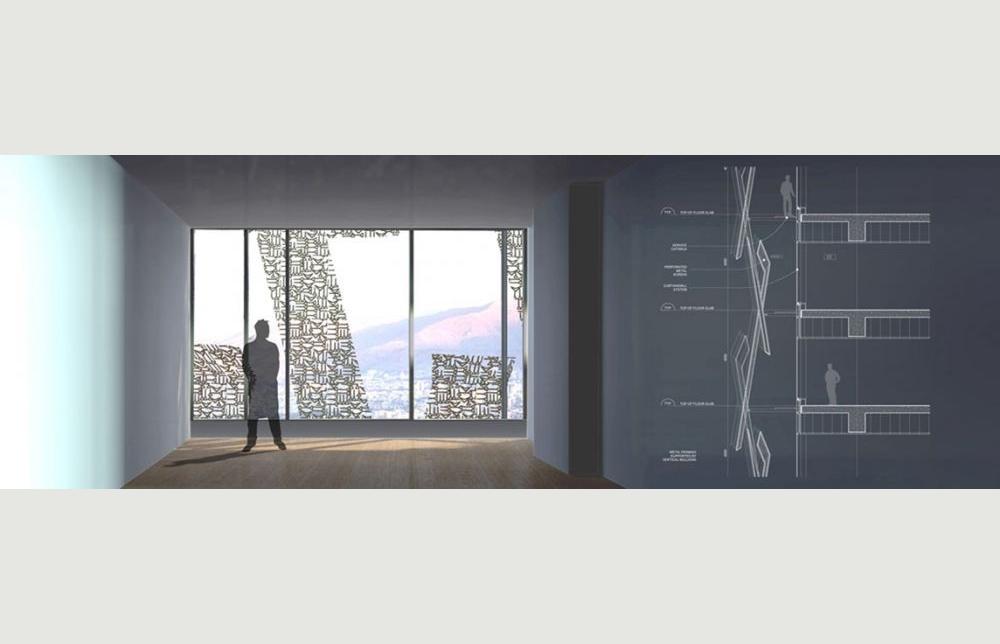 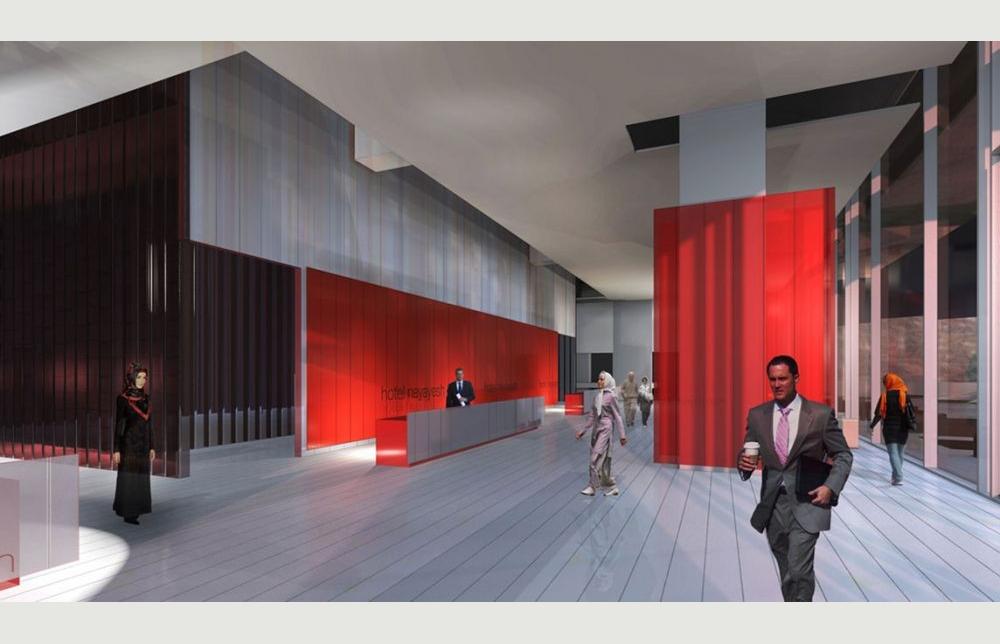 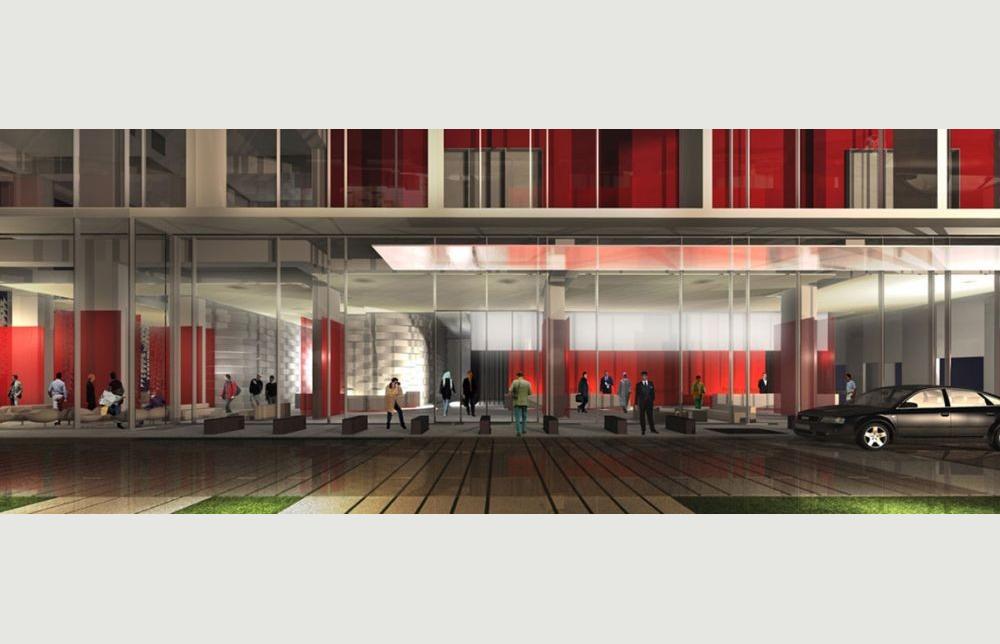 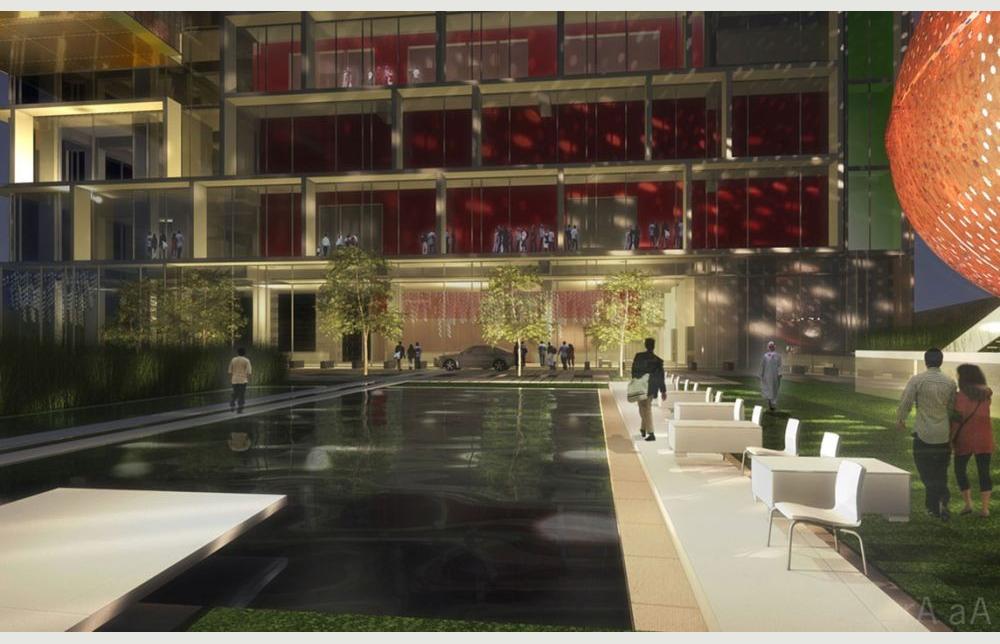 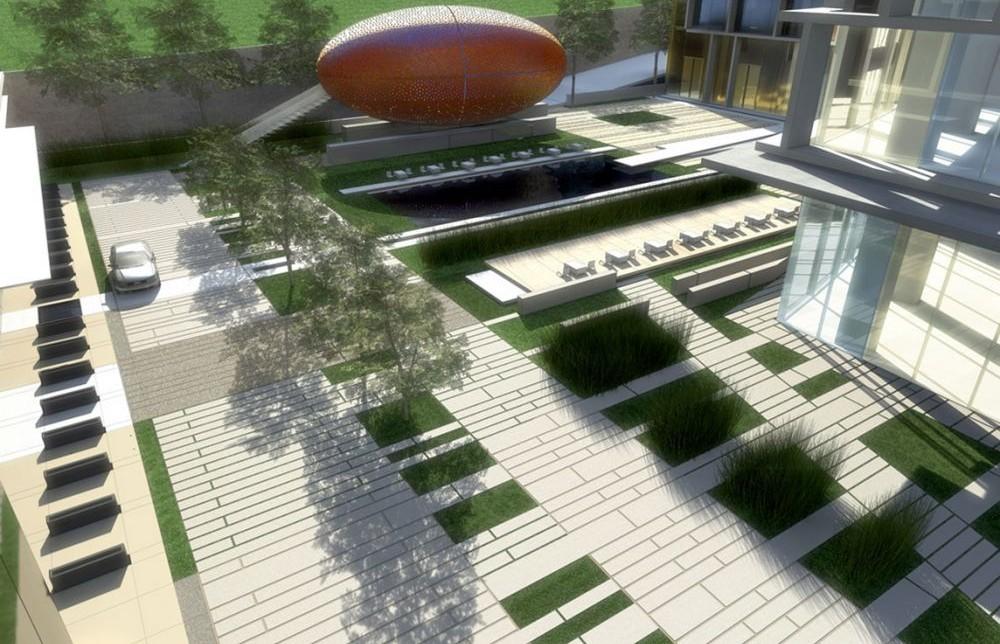 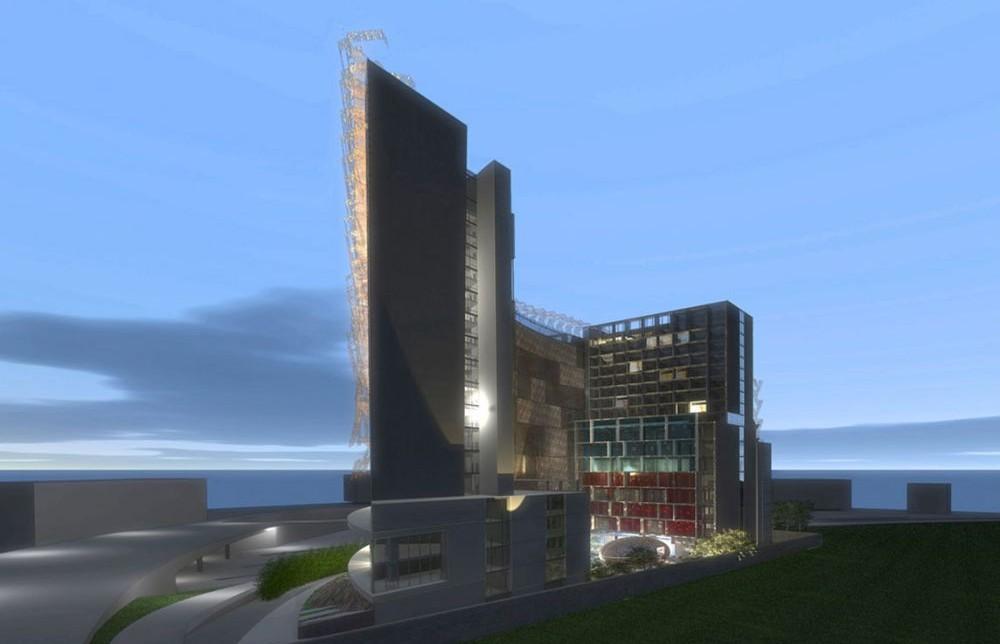 The Neyayesh Hotel and condominium development is located in the northwestern quadrant of the City of Tehran, near the foothills of the Alborz Mountains. Neyayesh is a collaboration between two Canadian design firms and an Iranian development corporation; as such, it is a remarkable and at this time fairly unusual example of cross-cultural cooperation between Iran and the West. Appropriately, the hotel and residential complex is located in a precinct of the city that local officials hope to transform into an international business and culture zone.

The curved slab of the hotel building nestles into a relatively long, shallow site at a curve in the Kordestan Highway, facing toward the City of Tehran. Stepping back from that curved slab, the massing of the building rises up to respond to the looming foothills of the Alborz Mountains to the north.

The predominant orientation of the Hotel is to the east, with suites, apartments and offices facing toward the City. The capless curtain wall system allows panoramic views of the city and surrounding hills. However, a copper sheath screens the eastern faccedil;ade, maximizing solar shading while maintaining the project146;s panoramic views.

The sheath is pierced in an elaborate pattern that references the screens of traditional Persian architecture; as well as carpet weaving, with overlapping 145;knots146; that mimic a flowing tapestry; and the 145;Nails146; script style of ancient Persia. On the western faccedil;ade, two-storey perforated vertical louvres are set at varying angles from the screen, to more aggressively control solar gain and to provide diffused natural lighting to hotel and apartment corridors.

Visitors to the hotel and apartment residents enter via a relatively modest entrance at grade, echoing the traditional walled homes of the region. The entrance lets out onto a paved and planted courtyard threaded with water features, following the inspiration of traditional Persian 145;paradise gardens146;. A free-standing Prayer Room expresses the contemplative qualities of the garden, and serves as a counterpoint to the worldliness of the hotel lobby. The Prayer Room comprises an outer copper shell perforated with a star motif, and an inner shell that is shaded and passively cooled by the outer shell and a supplemental air supply that maintains the ambient air temperature within. At night, the hotel and courtyard are illuminated by light shining through the outer shell of the Prayer Room, allowing the Room to serve as a beacon.

Neyayesh has been designed to meet LEEDreg; Gold criteria 150; the first building constructed in Iran according to these standards. Consequently, we are working closely with the client on the specification of 145;green146; building technologies and materials to achieve optimal energy performance, many of which are new to Iran.