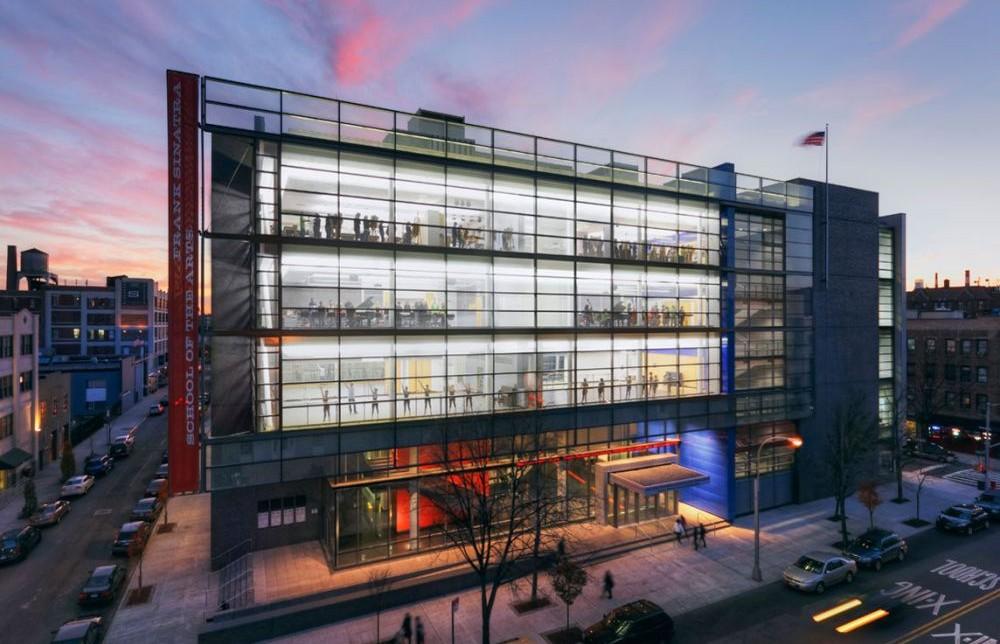 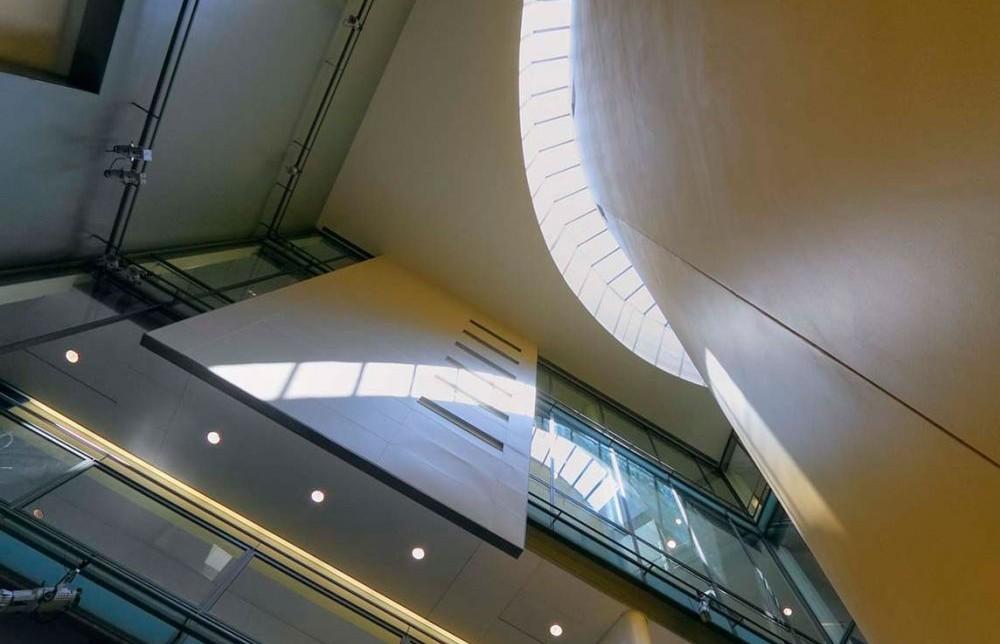 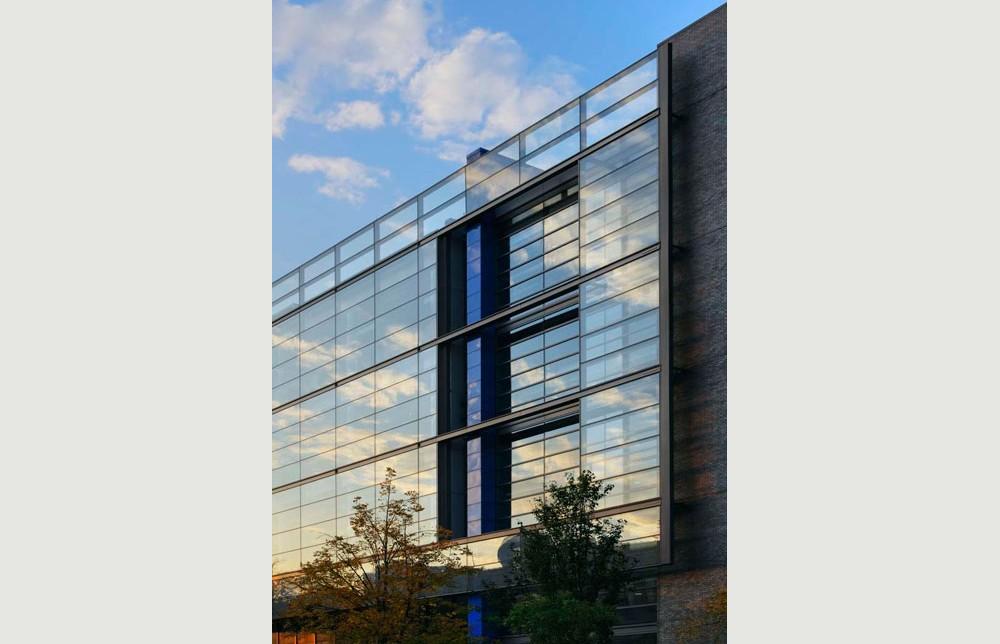 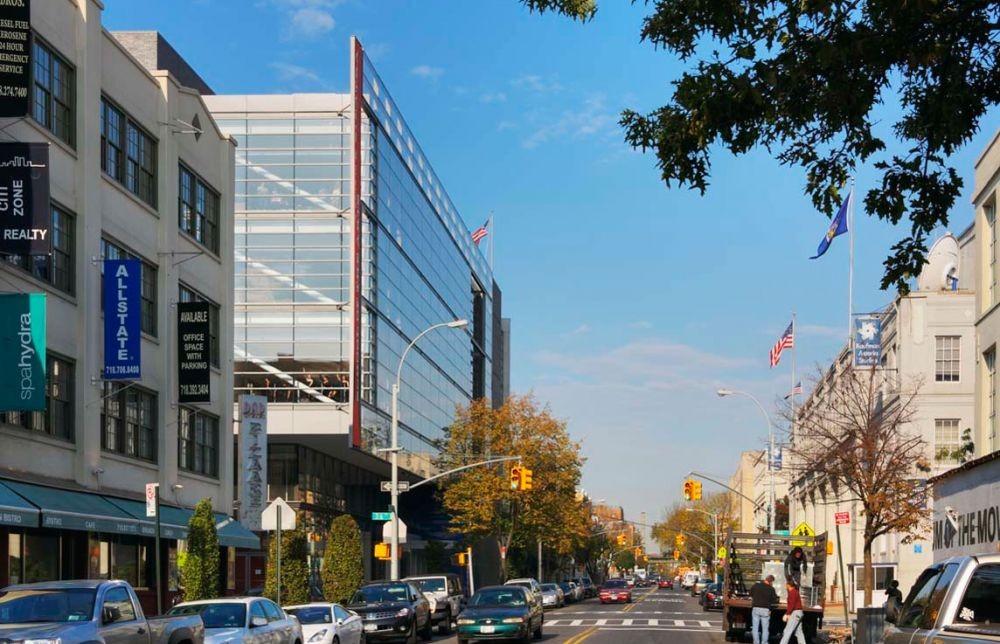 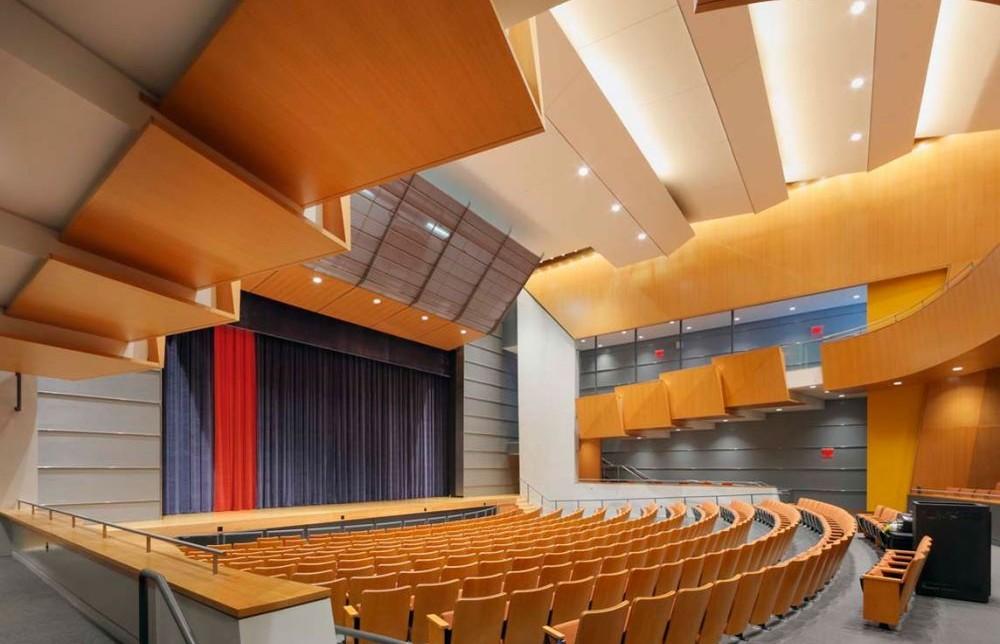 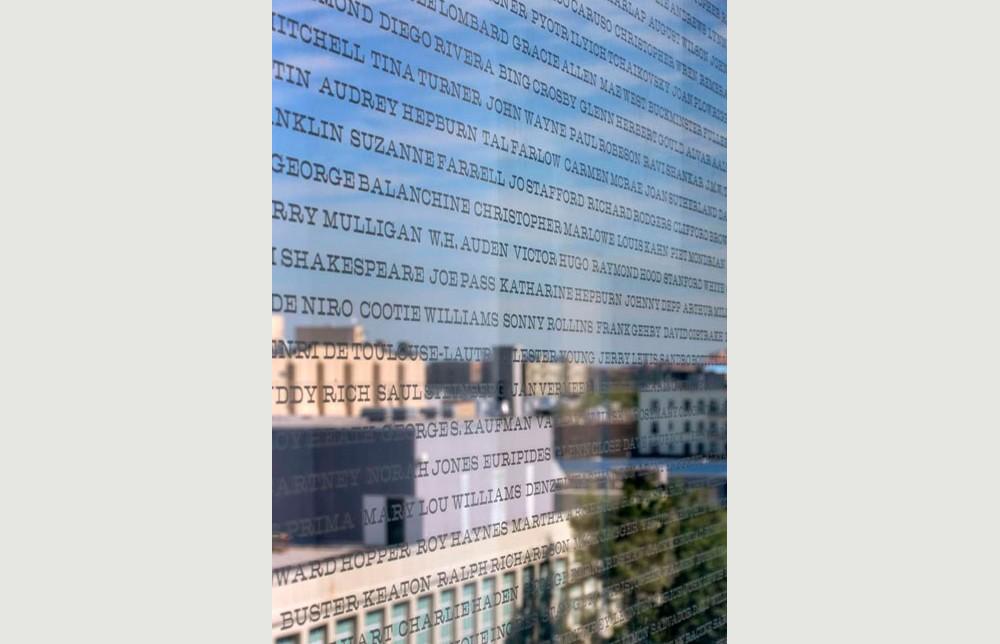 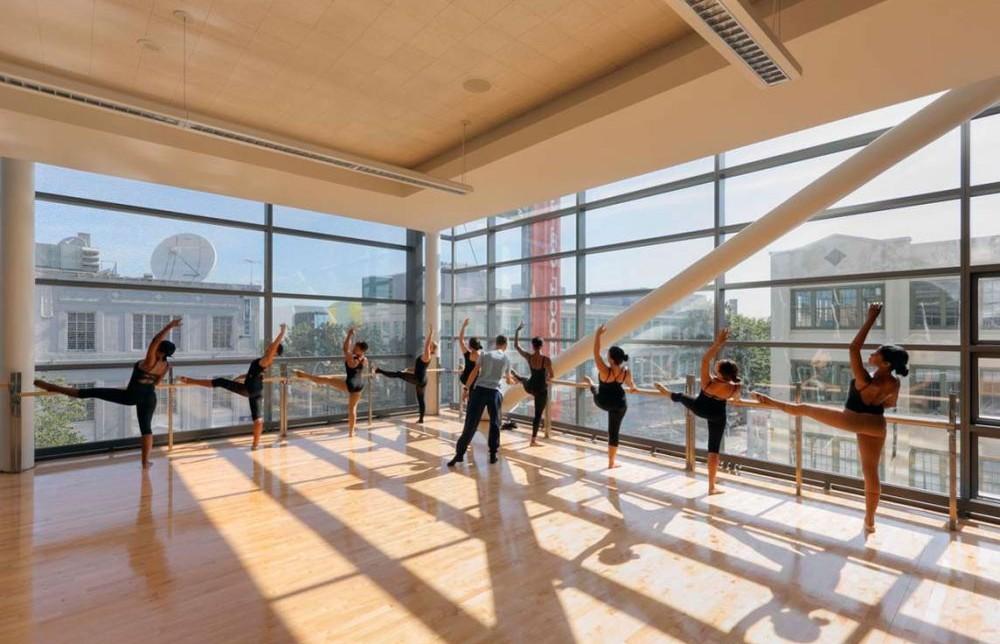 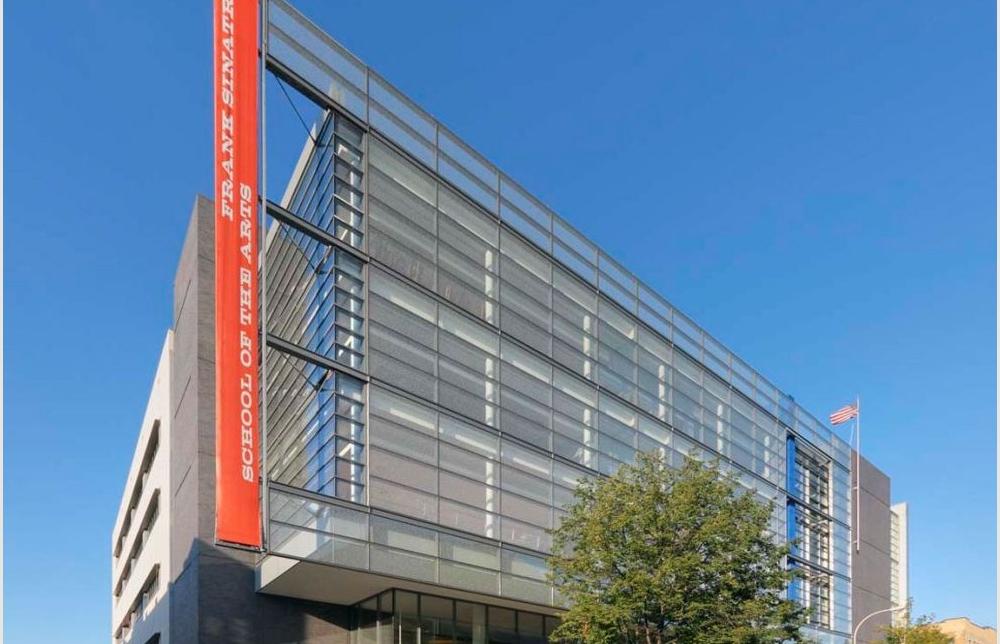 The new Frank Sinatra School of the Arts creates a powerful architectural identity for this 1,000-student public high school for the visual and performing arts. The design celebrates the school146;s arts curriculum and connects visually, programmatically and spatially with the surrounding community. The transparency of the building146;s primary faccedil;ade reveals the studio and rehearsal spaces within, as well as draws the city into the building at the first two levels. A multi-story skylit atrium cuts through the building to illuminate interior spaces and highlight the oval form of the concert hall at the center of the building. The five-story structure culminates in a rooftop landscape courtyard for gatherings and outdoor performances.

The 147,000 sf building, which includes three theaters, studios and rehearsal spaces for art, instrumental and vocal music and dance, galleries, media center, gymnasium, library, cafeteria, general classrooms and roof terrace, occupies a full block on 35th Avenue between 35th and 36th Streets in Astoria, Queens. The site146;s primary urban face along 35th Avenue is directly across the street from Kaufman Astoria Studios and the Museum of the Moving Image. The surrounding neighborhood is defined by light manufacturing and low-rise residential buildings. The new school enlivens the street and reinforces the neighborhood146;s connection to its cultural and civic buildings.

The 800-seat, state-of-the-art Tony Bennett Concert Hall is the focal point of the five-story structure. The theater146;s curved form is visible from the street through an open and active double-height lobby. A perimeter frame of daylit classrooms and studios open onto the central atrium space on each floor. This shared internal space encourages the interaction of students and faculty of different disciplines and provides a venue for performance and the display of student work. This primary central space underscores the defining characteristic of the school environment: engaging and exploring the arts.

The glass enclosed studios for dance, music and visual arts located directly above the lobby contrast with the masonry facades on the east and west facades of the building, providing expansive views into the rehearsal and studio spaces for passersby, while providing students with views of the surrounding context with a foreground of silkscreened text on the glass recognizing individuals in the arts.

The overall design for the Frank Sinatra School of the Arts, by conveying a sense of openness and welcome to the urban context and displaying the studio and rehearsal spaces on the primary faccedil;ade, celebrates performance and a vibrant community of the arts within the building, while forging strong connections to the surrounding neighborhood.