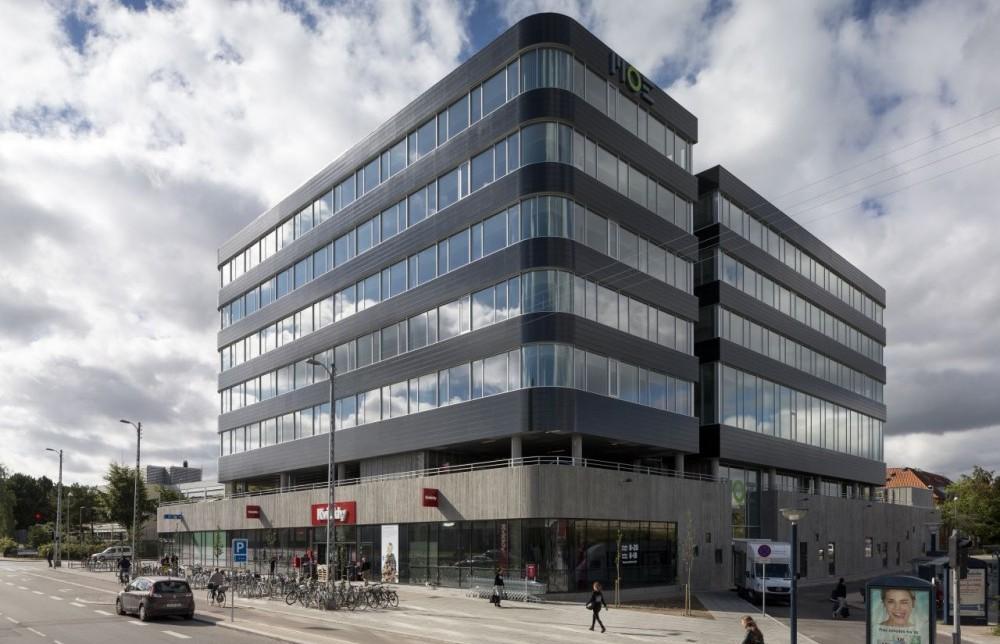 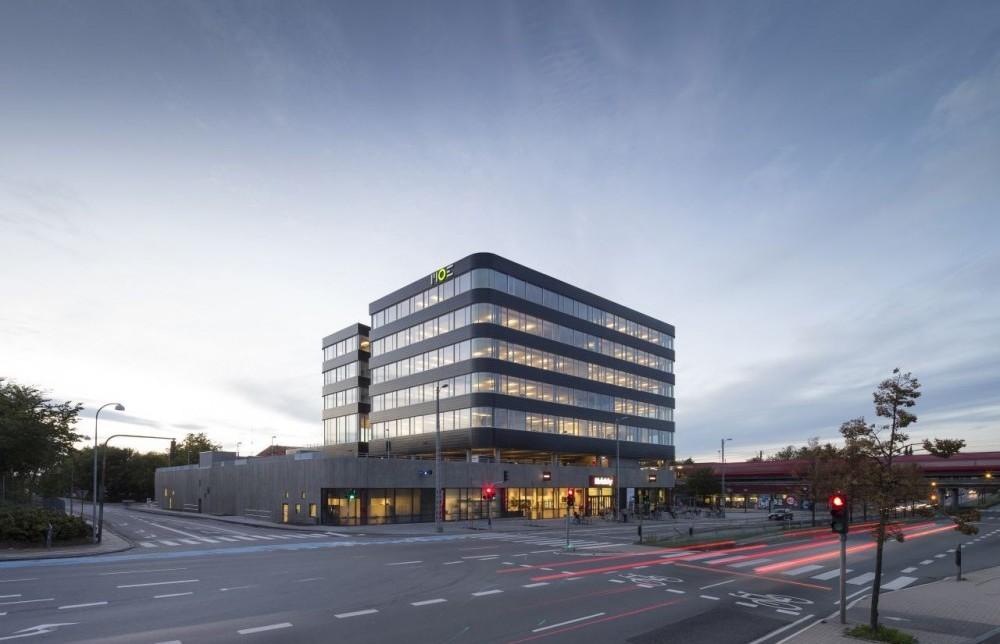 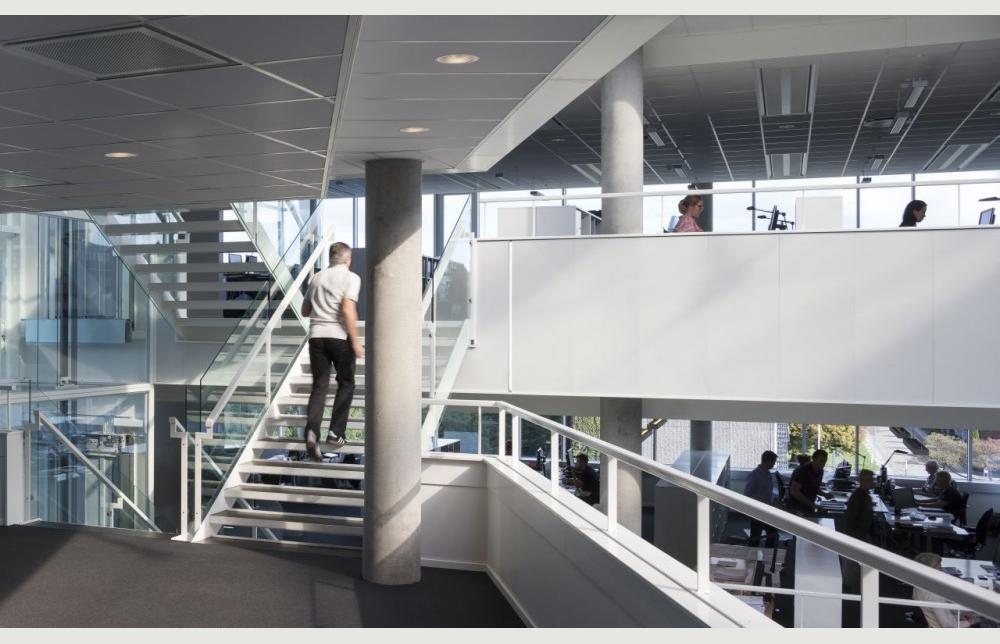 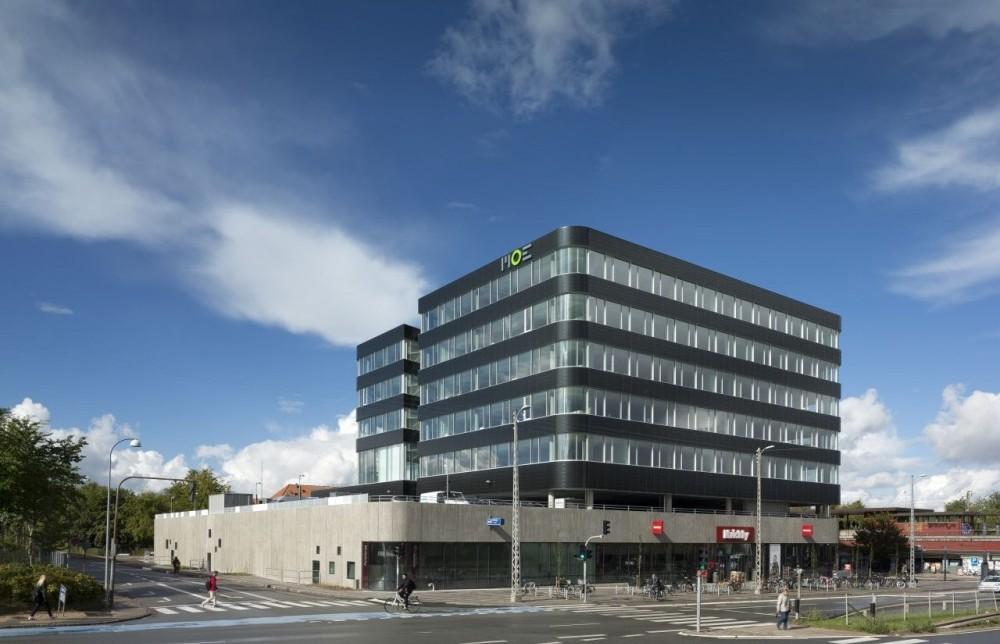 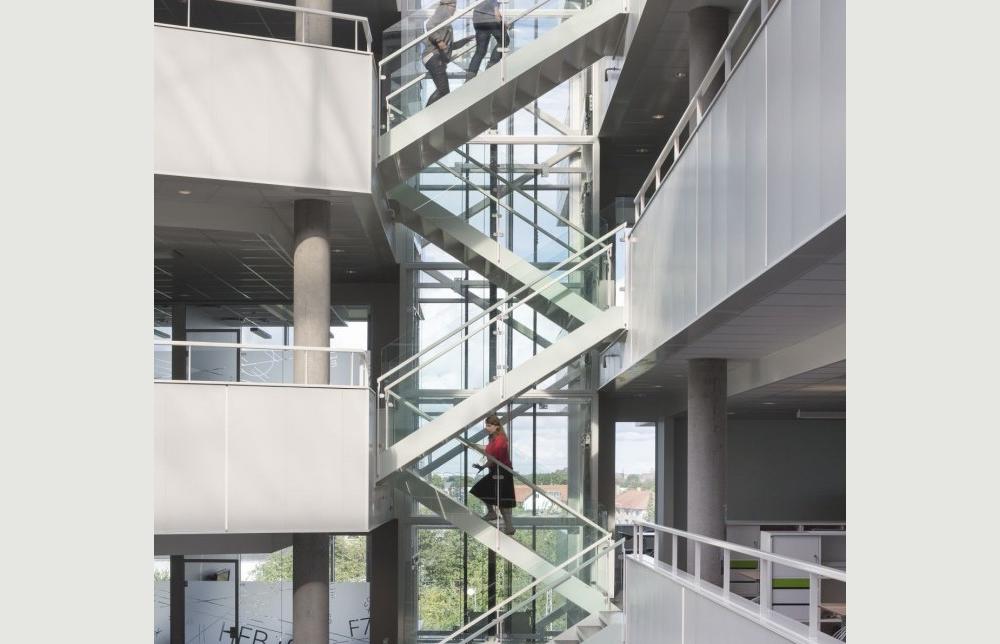 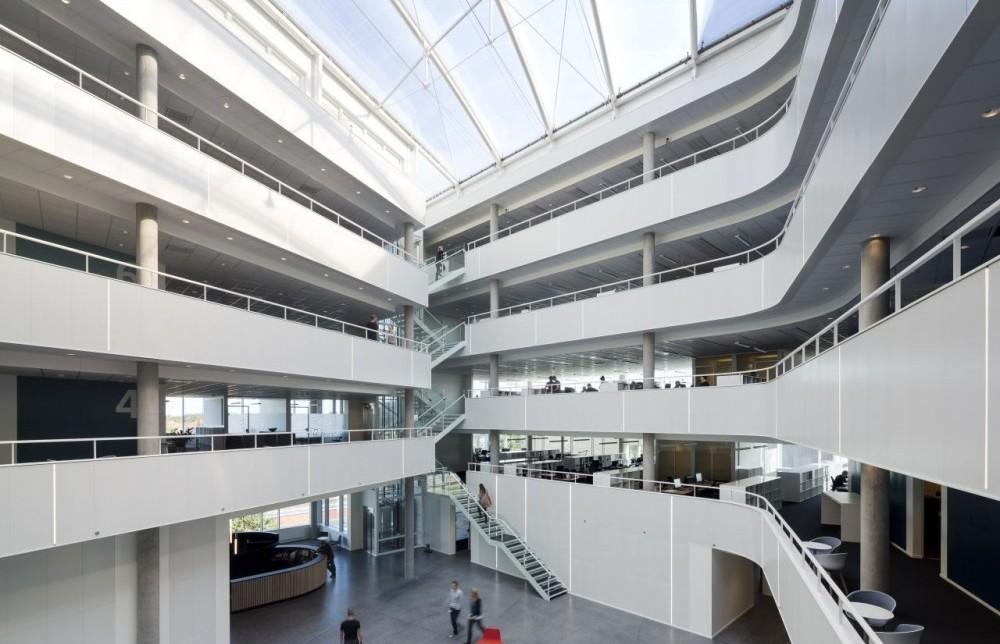 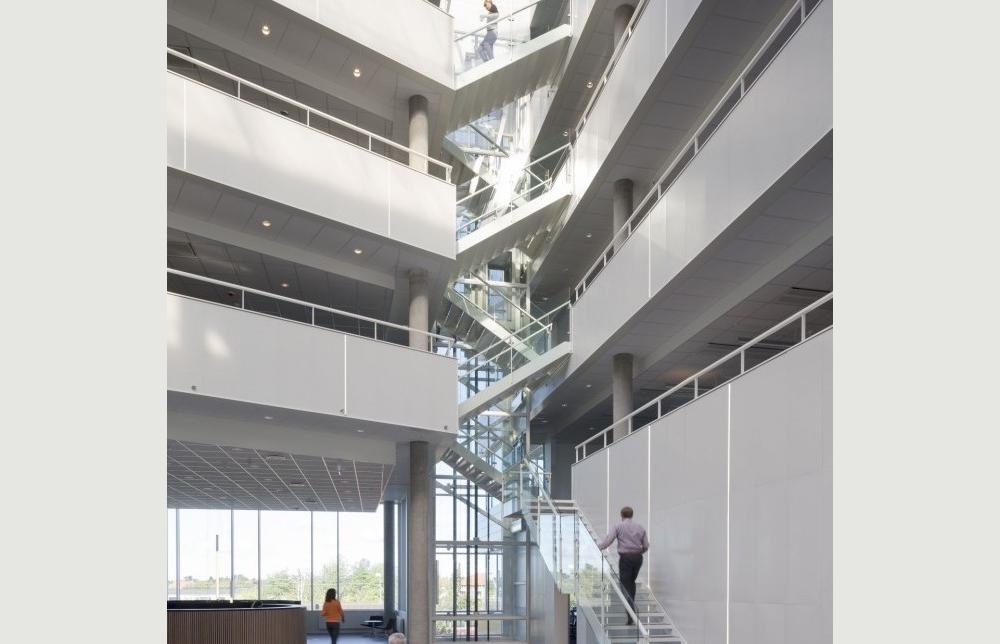 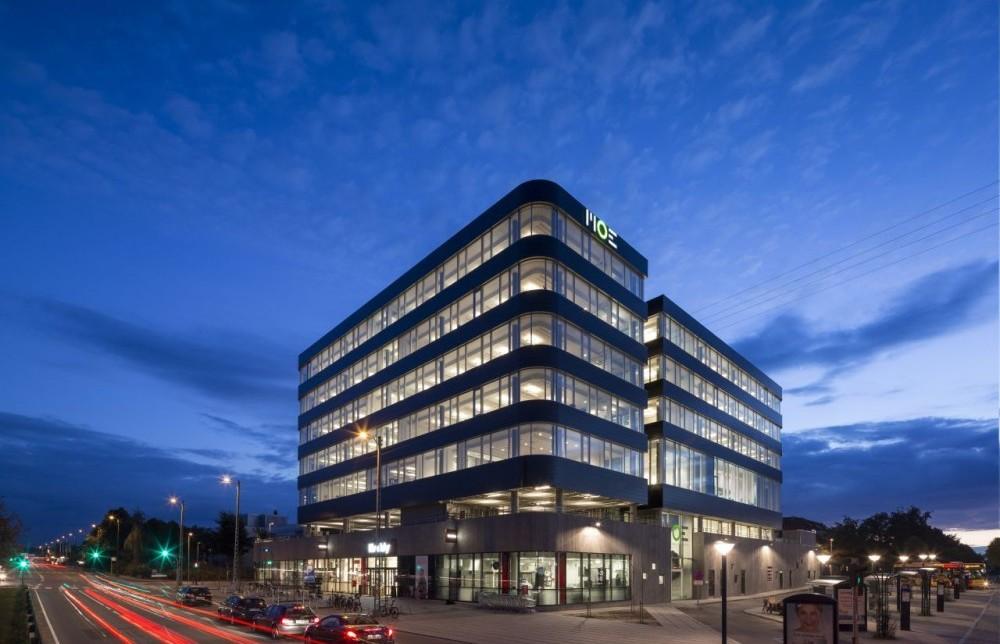 The central location in Buddinge was ideal for a corporate headquarters, and schmidt hammer lassen architects has worked closely together with MOE during development of the project. ”For MOE, it was important that the spirit of the building supported their corporate brand. Already from the first sketches, they talked about dynamics and synergy. From there, came the idea of a long spiral staircase all the way up through the building levels, so the building in itself encourages movement,” states Kristian Lars Ahlmark, partner at schmidt hammer lassen architects.

Instead of designing a classic atrium building, schmidt hammer lassen architects proposed a Yin Yang shape, where two building volumes are staggered and at the same time interlocked. The idea of the building as an atrium with an active staircase was taken to the extreme. The building itself became one long staircase where the working areas are placed on what look like oversized landings.

“The result is an office building with displaced levels linked by two staircases, where you use the staircase to move from one floor to the next without landings. Instead of having four to five levels we end up having nine levels but with a leap of half a storey at a time,” Kristian Ahlmark explains.

The office building is pre-certified as DGNB silver and meets the requirements of the Danish 2015 energy classification. The energy-optimizing measures in the building include high-insolating windows, heat recovery and 300 square metres of solar cell panel on the roof. The DGNB certification also includes measures regarding accessibility and bicycle parking.

Besides the function as an office building, the development also consists of a base in light grey concrete with a shopping area of approximately 4,000 square metres at ground floor level, connecting to parking areas in the two subterranean levels and on the roof. The two-piece office building sits on top of the base with five east-facing and four west-facing floor levels. The facade is clad in a black ceramic brick tile. The dynamic line of the building continues in the interior design and decoration, also designed by schmidt hammer lassen architects.