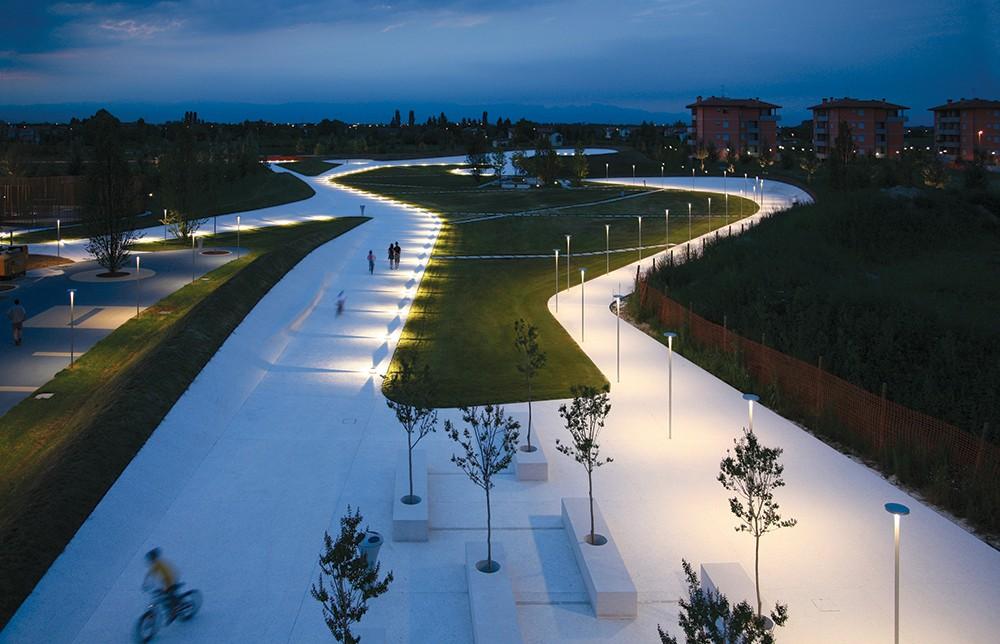 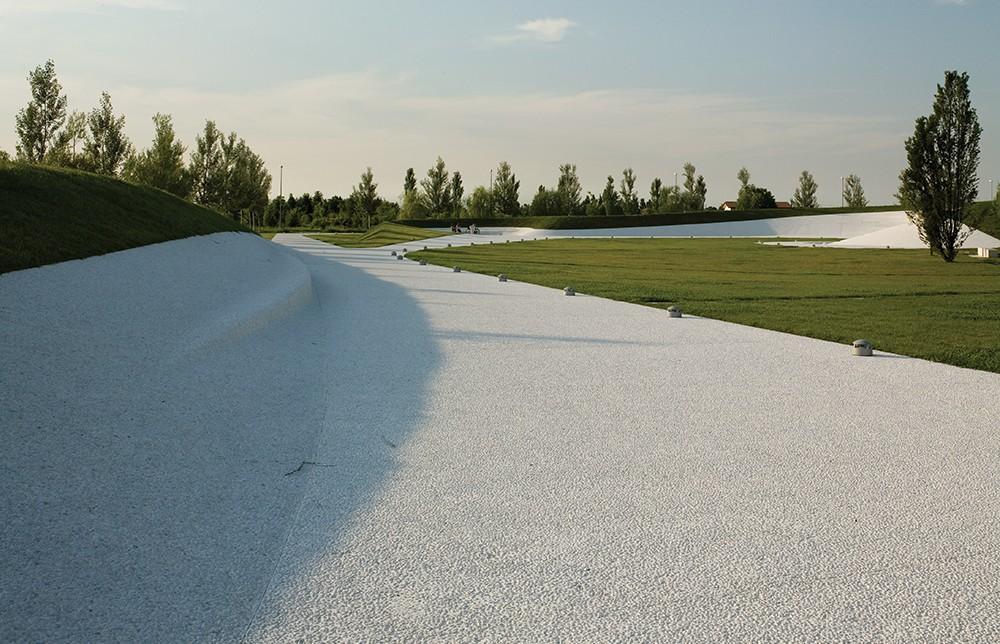 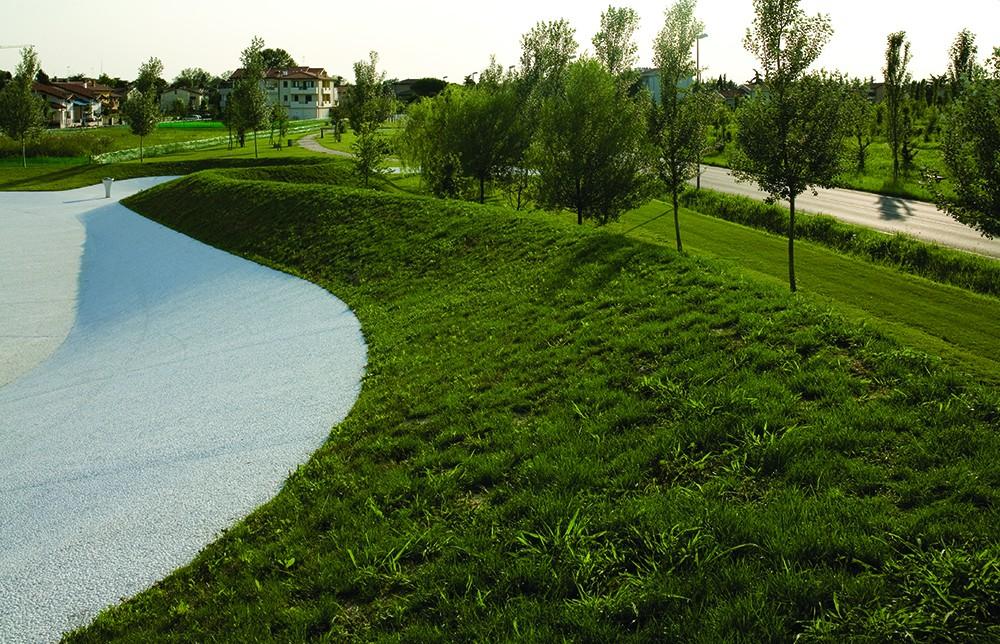 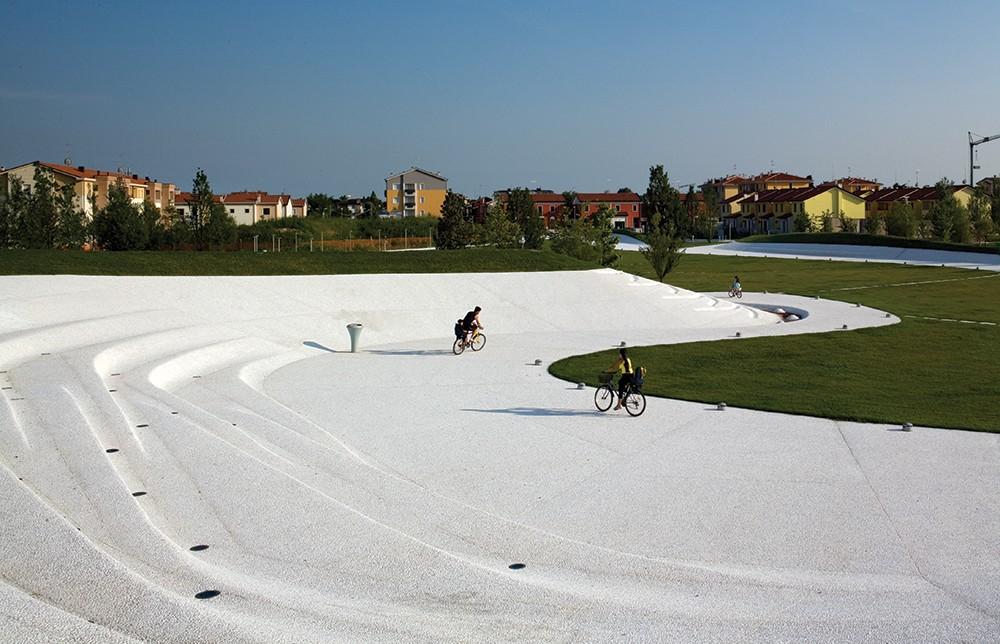 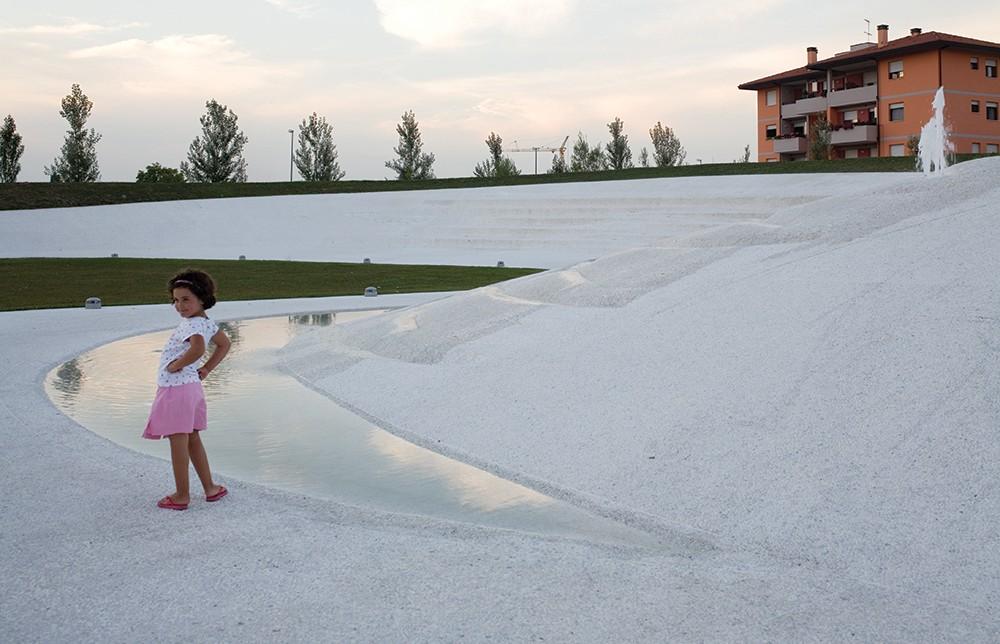 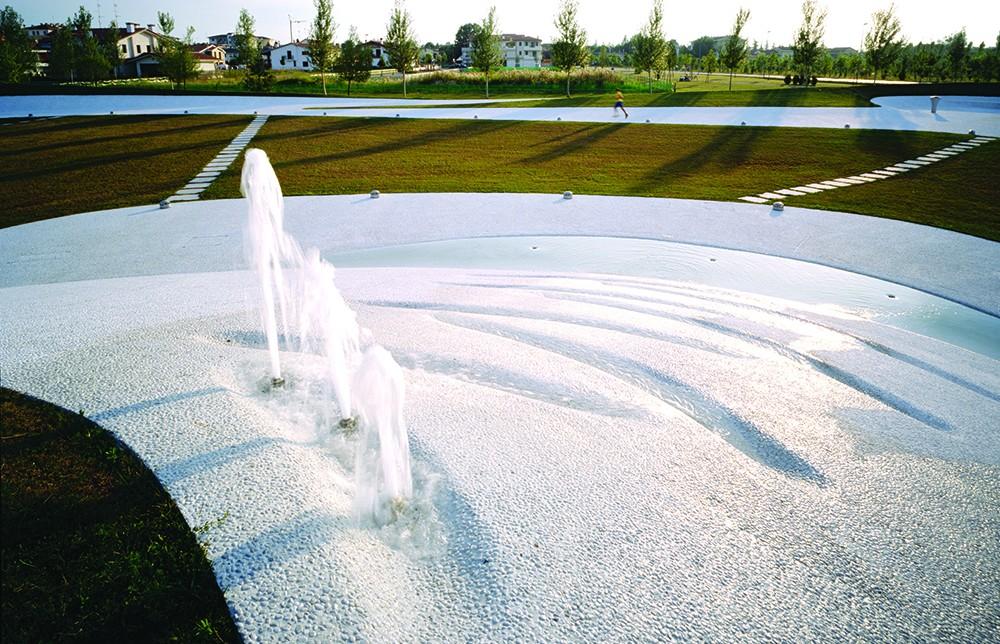 A main hard surface of small white pebbles cast in white concrete unifies the pedestrian paths, deforming its width, shape and level to become in turn a seat, an open-air auditorium, a fountain, a gathering place for kids, a bicycle route, a picnic spot. A spiralling wooden screen shelters a playground lit by a high lamp pole in the shape of a sprout. A series of “ripples” in the concave higher slope act as an informal amphitheatre for events, and their central crossed height offset create a low-pitched ramp for wheelchairs. An artificial water spring – with time-planned intensity differences in the strength and volume of the stream at half hour intervals – cascades down from the higher mound through a series of slits to a moon-shaped pool.
Trees, lighting fixtures and white stone benches pierced by tree pots help define the space and create different microclimates in the different seasons. A central area next to a drinking water fountain is shaded by denser trees, offering a fresher spot in warm summers; a roughly circular concrete bench is bent around a single large oak tree to seat informal chats or picnics. The height of the earth mounds which embrace the wide central meadow is studied to protect the space from the surrounding disorder but not to screen off the view from and to the houses. A number of radial paths connect the central space to the bike and pedestrian network which connects the neighbourhood to the larger city structure.
A continuous earthwork, rather than a number of separated “services”, respond to the few needs of “well-being” and leisure of a park, contributing to reduce the visual and spatial disorder of the suburban sprawl.
The glaze from the white paving, quite strong in the sunniest days, slowly changes into coloured shades the different hours and seasons, amplifying the perception of natural events and weather changes as a large sundial or a landscape, reconciling the natural dimension with the daily city life. The evening light design amplifies the different character of the areas: an array of slender light poles follow the gentle curve of the paths, ground-level horizontal light points exaggerate the roughness of the paving surface, and the high light pole in the playground signals the park from the perimeter road.