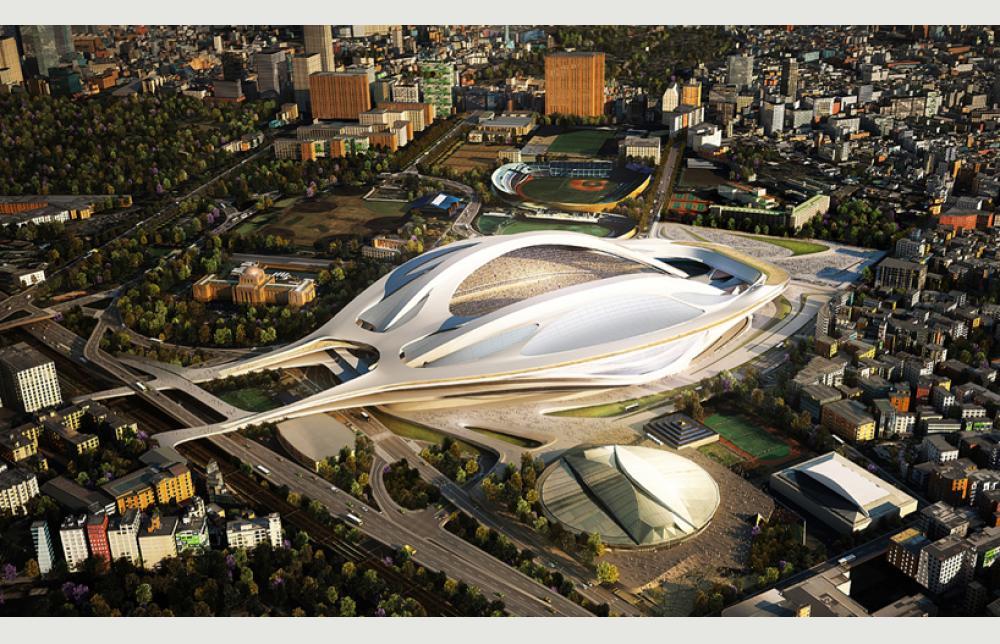 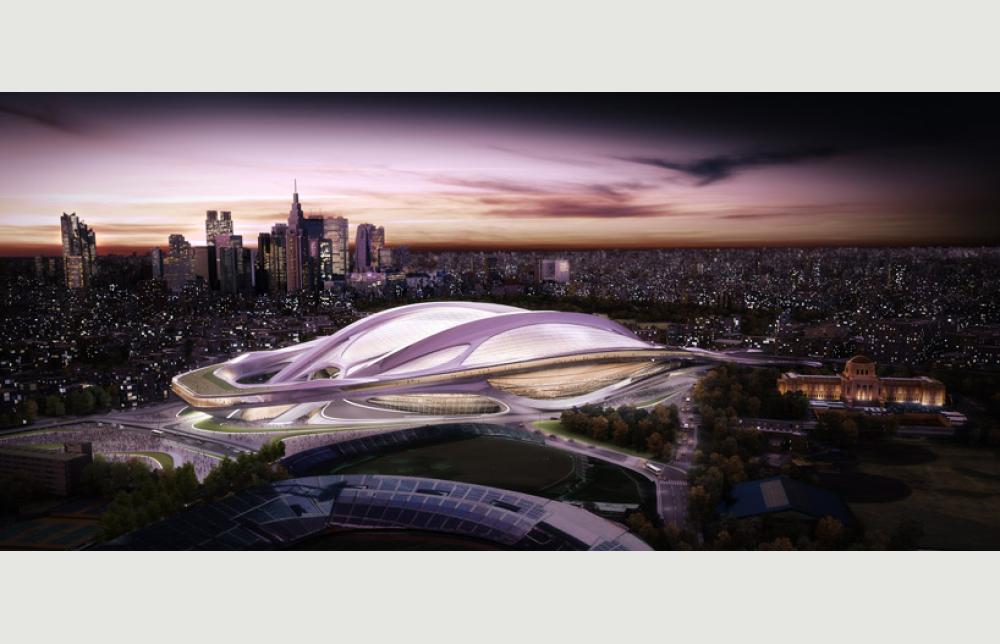 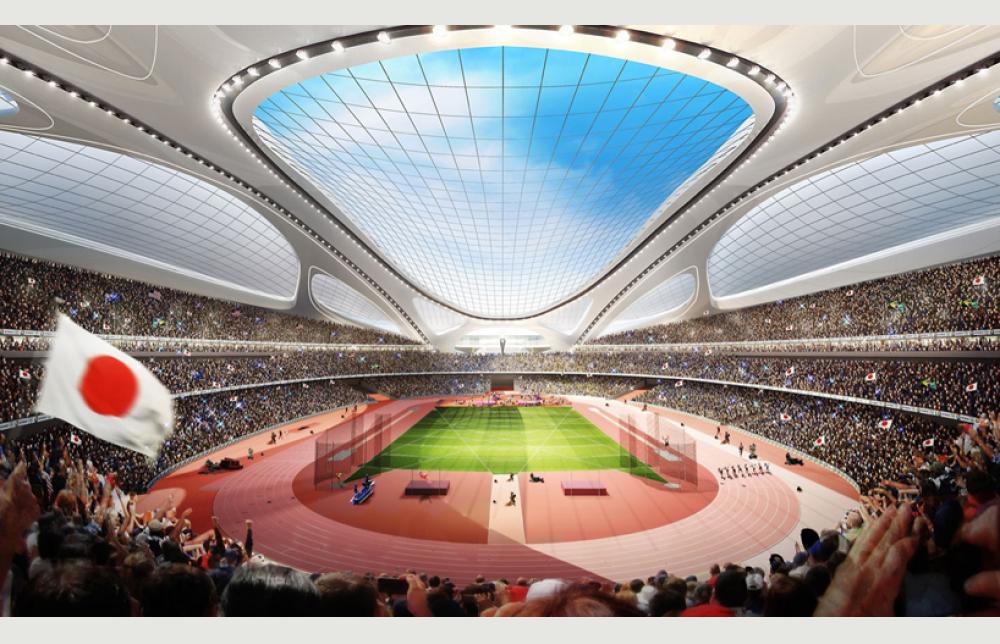 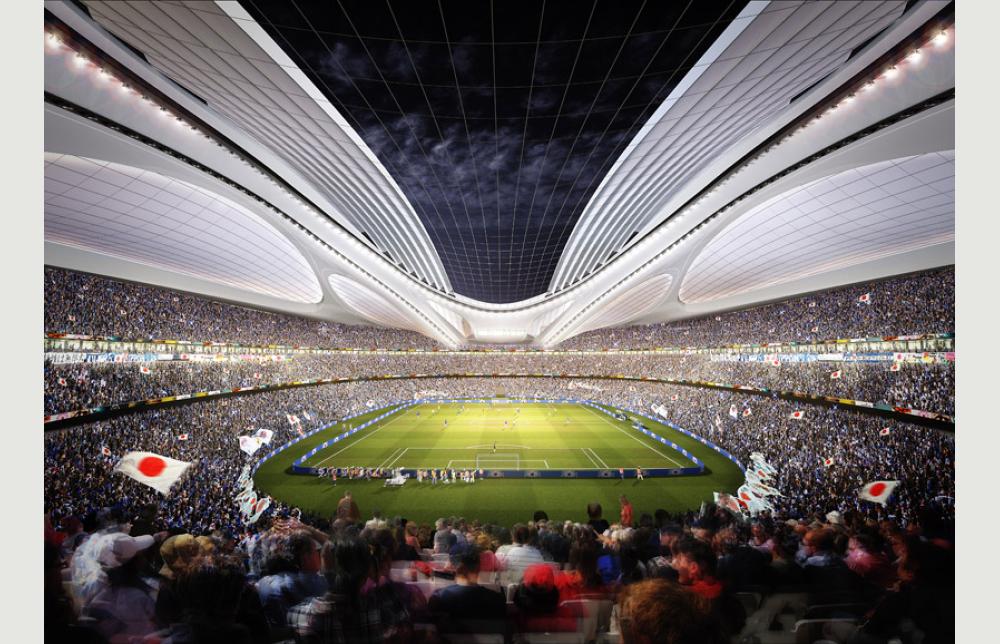 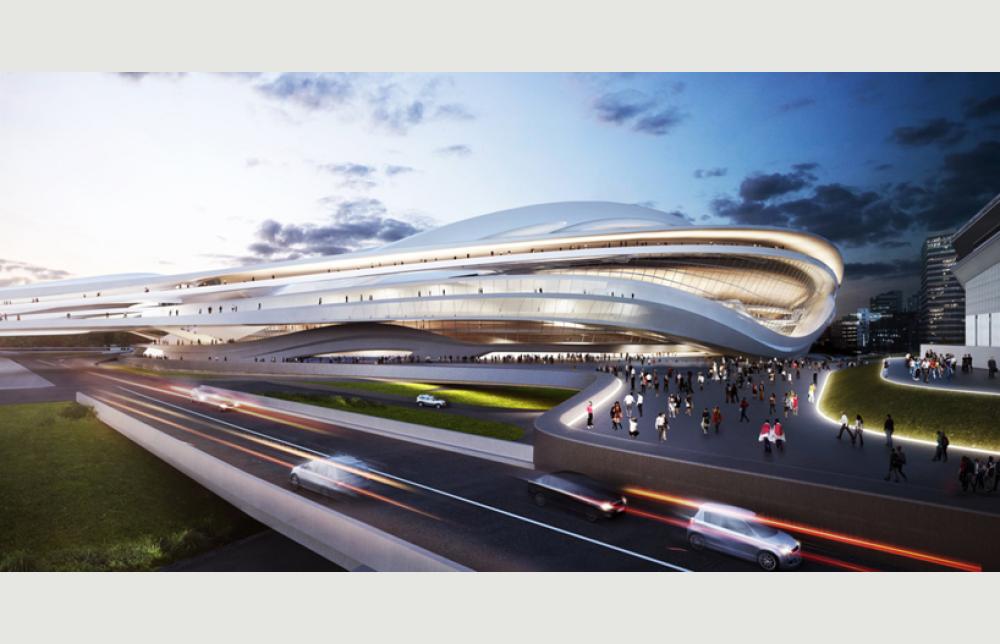 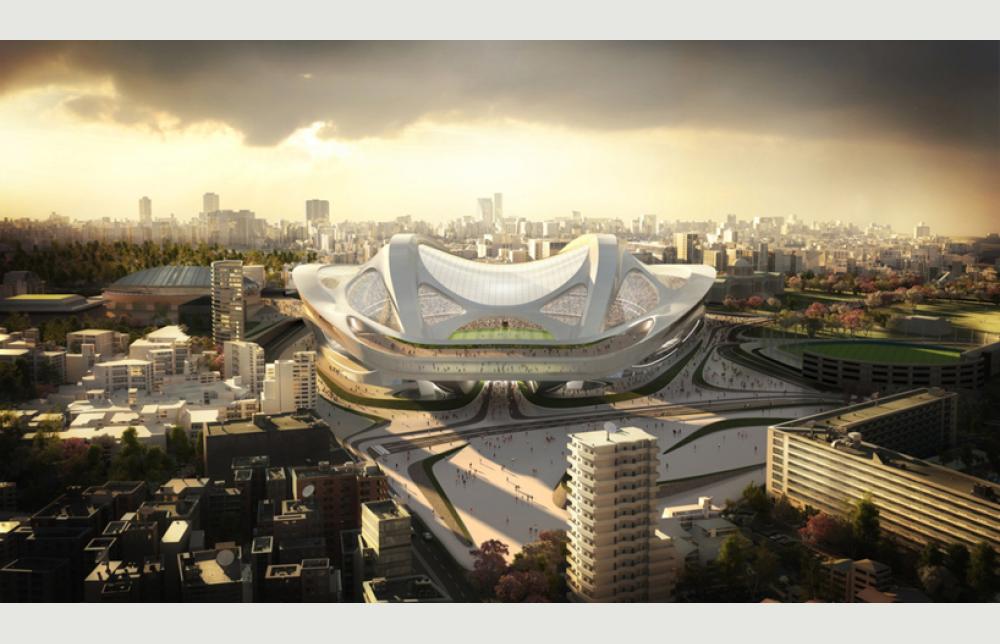 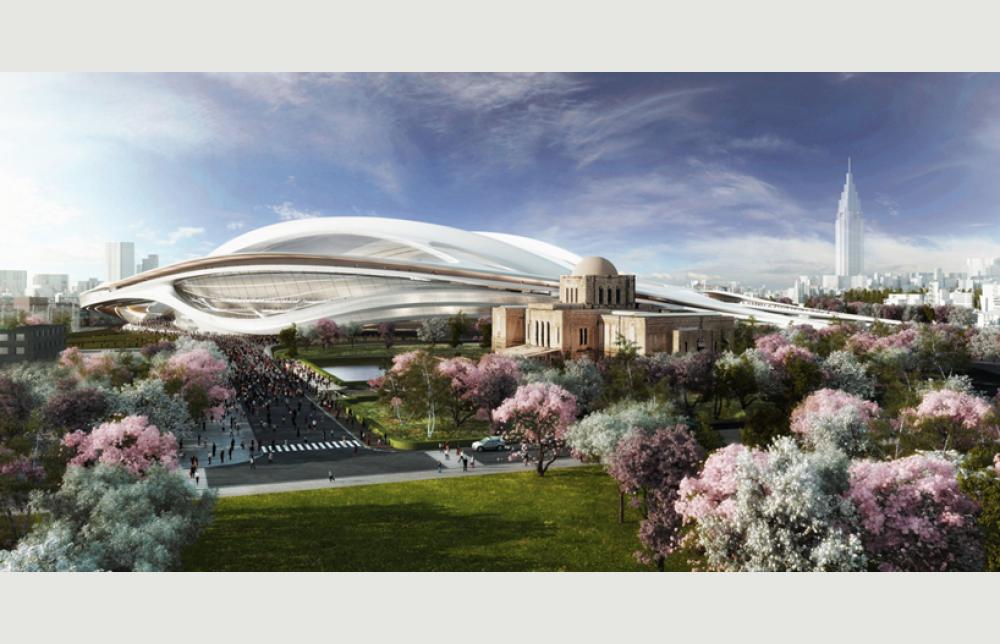 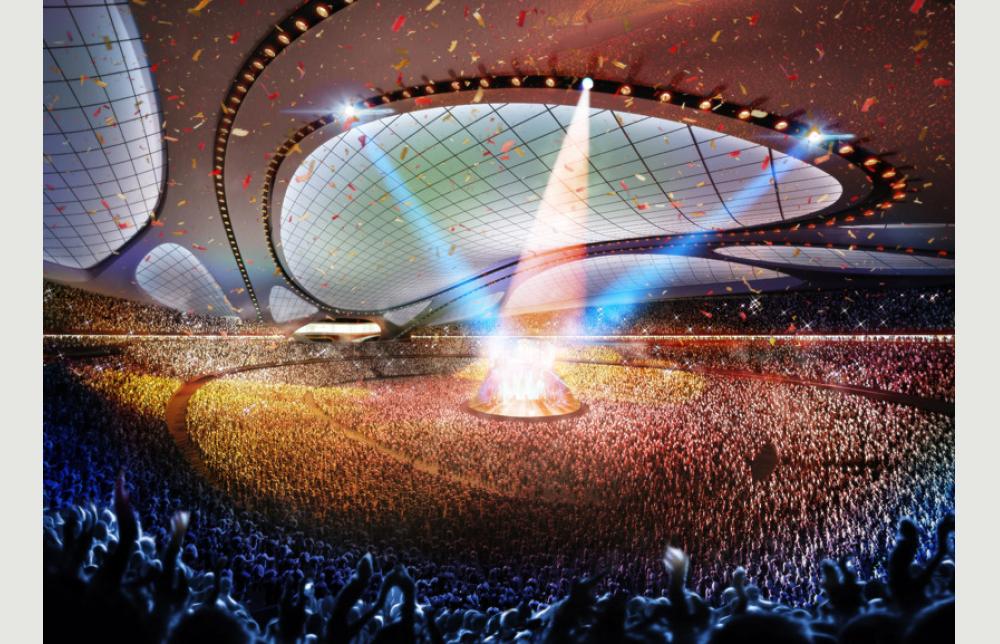 zaha hadid has been selected to design the new National Stadium Japan Architecture in Tokyo. Their winning proposal has beat out ten other international teams including SANAA, populous, UNstudio and toyo ito the elevated ground connections of zaha hadid’s structure will govern the flow of people through the site, while also effectively carving the geometric forms of the building, enhancing and modulating visitors around the studium via different directions and points of access. The competition invited international architects for their proposals to rebuild the ‘Kasumigaoka National Stadium’, which hosted the 1964 Summer Olympics. The stadium is scheduled for completion in 2018 so that it will be ready in time to host the 2019 Rugby World Cup, and if Japan is selected to host the 2020 games, it will function as the primary site for the Olympic and Paralympic Games. In addition, the new 80,000-seat national stadium will also be offered as a venue for the FIFA World Cup, the IAAF World Championships in athletics as well as host a wide range of cultural and artistic events. The expected cost of the landmark project is estimated to be around 130 billion yen (1.62 billion USD).