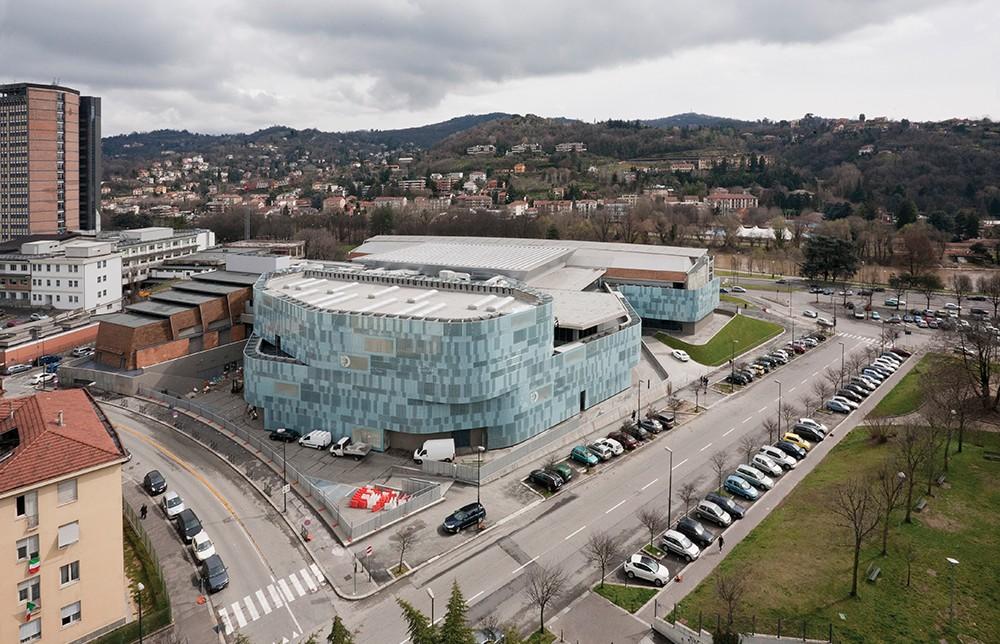 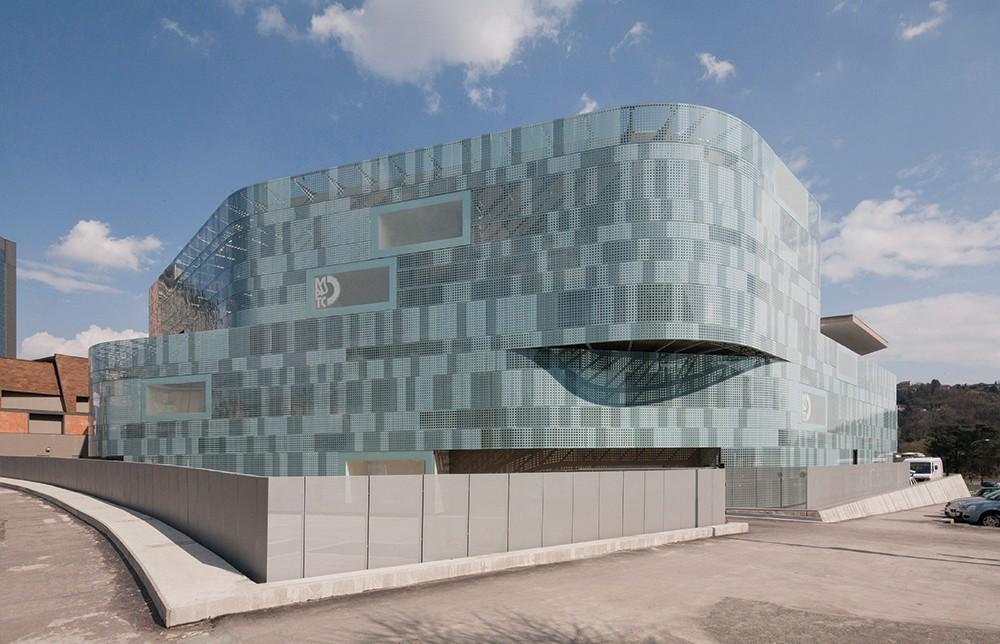 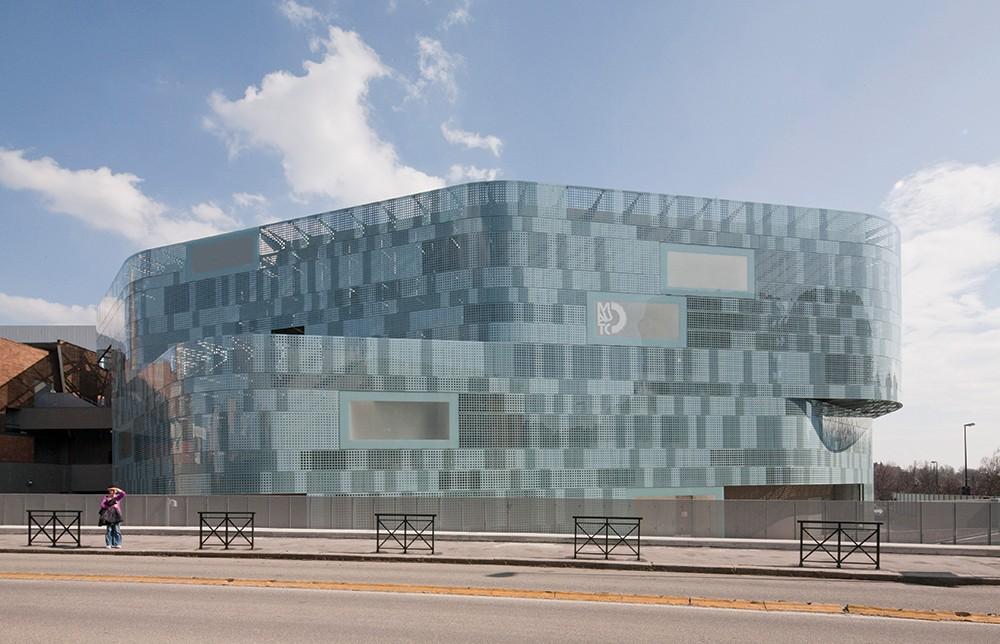 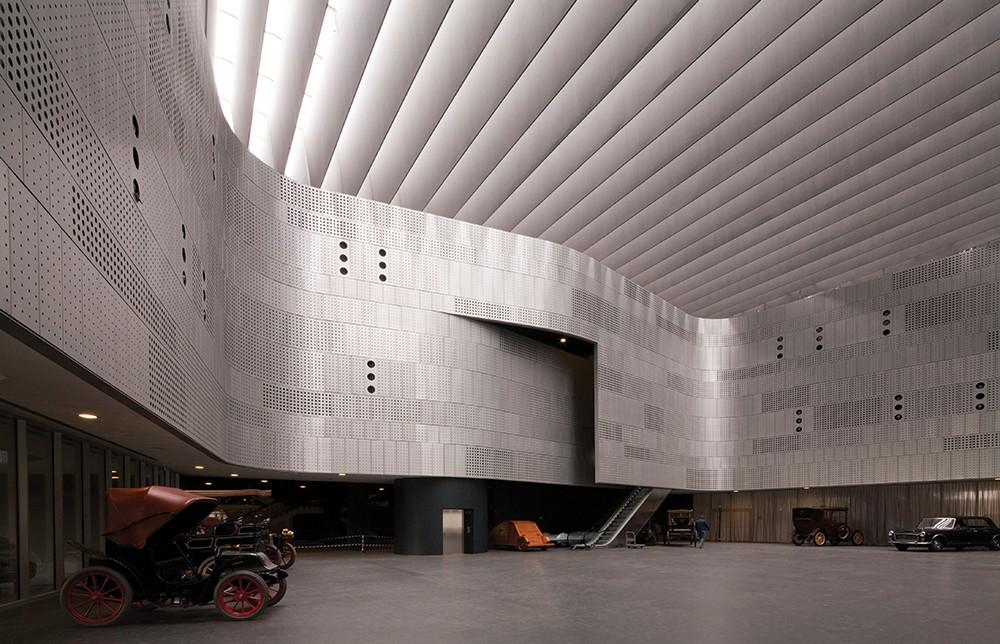 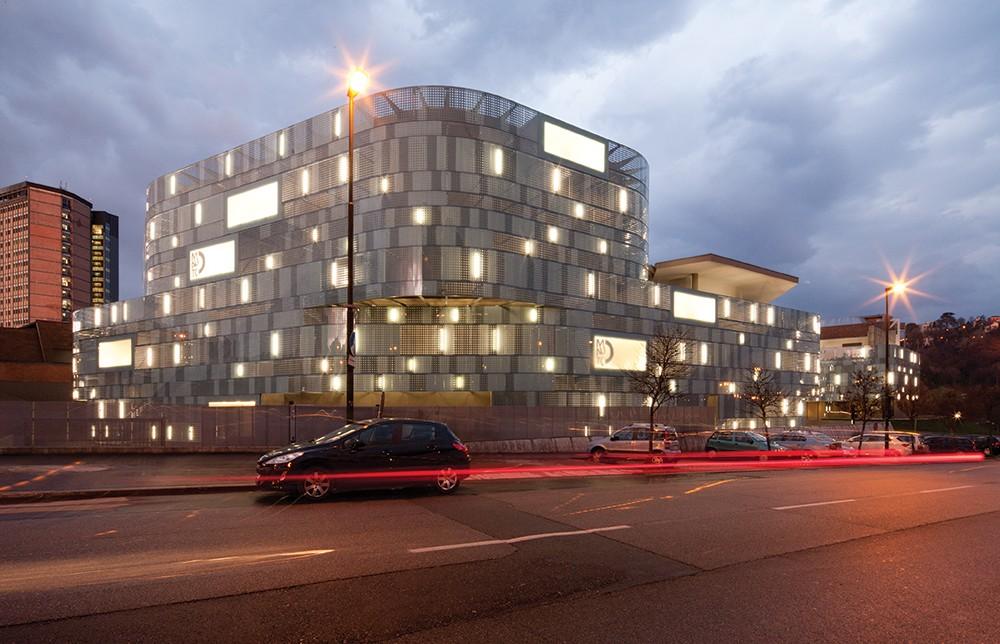 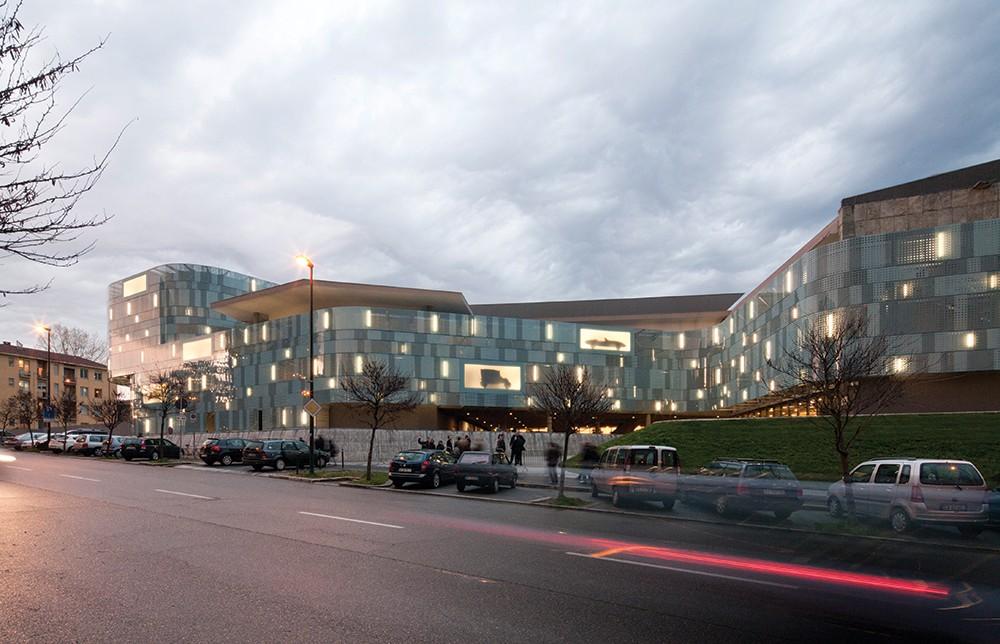 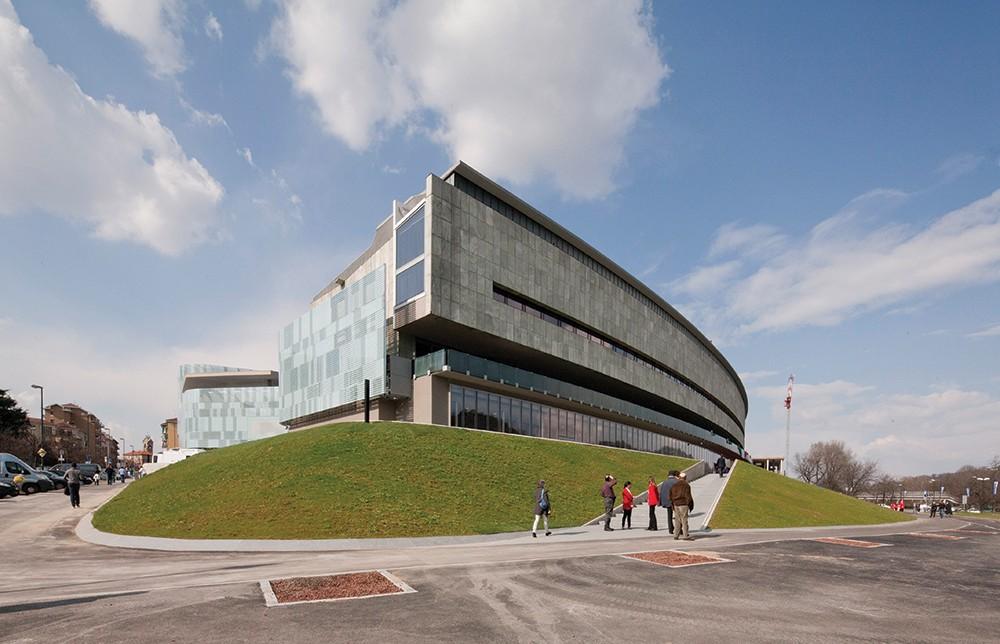 The museum complex, designed by Amedeo Albertini in 1958-60, is comprised of various bodies, the main section of which, a convex 114 meter façade faces onto the Po river and Corso Unità d’Italia. The competition brief stipulated the addition of a new wing on Via Richelmy and the reorganization of pedestrian and vehicular access, keeping in line with the latest developments of museums in Europe. The new museum, with an expected annual attendance of 250,000 people, accompanied by significant conference and educational activities, will thus become a driving force in the urban renewal of the southeast quadrant of the city. The entrance to Turin from the south is characterized by the exceptional quality of the landscape and environment of the green parkway that runs along the banks of the river Po, punctuated by the presence of the impressive structures of the Palazzo del Lavoro by Pierluigi Nervi and the renovated Palavela. The project articulates the relationship between the ‘drive-by’ perception from Corso Unità d’Italia and the establishment of a more intimate pedestrian environment grafting its way onto via Richelmy. The existing building’s symmetry is “redefined” by its new base, in order to respond to its surroundings and emphasize its relationship with Largo Unità d’Italia. Underlining the existing horizontal lines on the river front, the new ground floor has a number of relational spaces that accommodate the different areas of the public museum and related activities

(bookshop, gift-shop, bar/cafeteria). In line with many contemporary European examples the exhibition functions are integrated with a series of complementary activities that bring life to the car museum at all hours of the day and night. The existing courtyard becomes a new event space thanks to the addition of a glass roof which illuminates the space. By making the existing courtyard an internal space, onto which the museum routes face, the visitors are provided with a very natural means of orientation. This provides not only a bridge linking the two bodies but a core at the heart of the project, taking the form of a ‘Ring’, a proven exhibition scheme. The new wing on the west side, a large undivided space which provides very flexible exhibition space, integrates the existing body embracing the side of the building and giving continuity to the two “urban” elevations. The new façade of glass treated with varying degrees of transparency unifies the front on Via Richelmy, renewing the image of the museum with a great deal of attention to the relationship

between the existing and new sections, connected by a design approach that can enhance and bring unity to the complex. The auditorium and educational spaces on Via Zuretti can easily work both independently and in conjunction with the museum and the restaurant, animating this museum complex which hosts one of the most unique collections of cars in Europe.