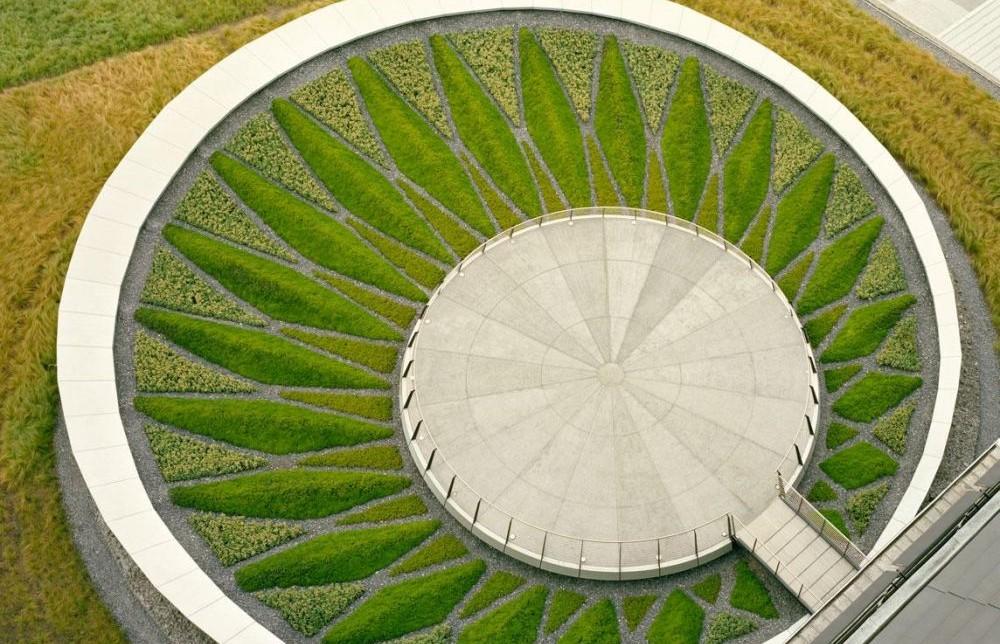 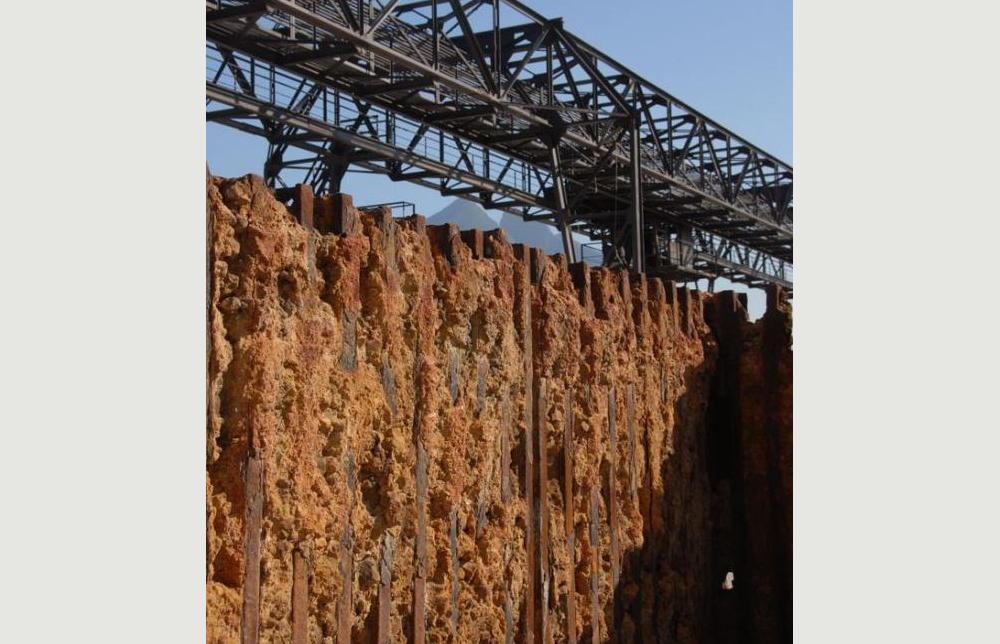 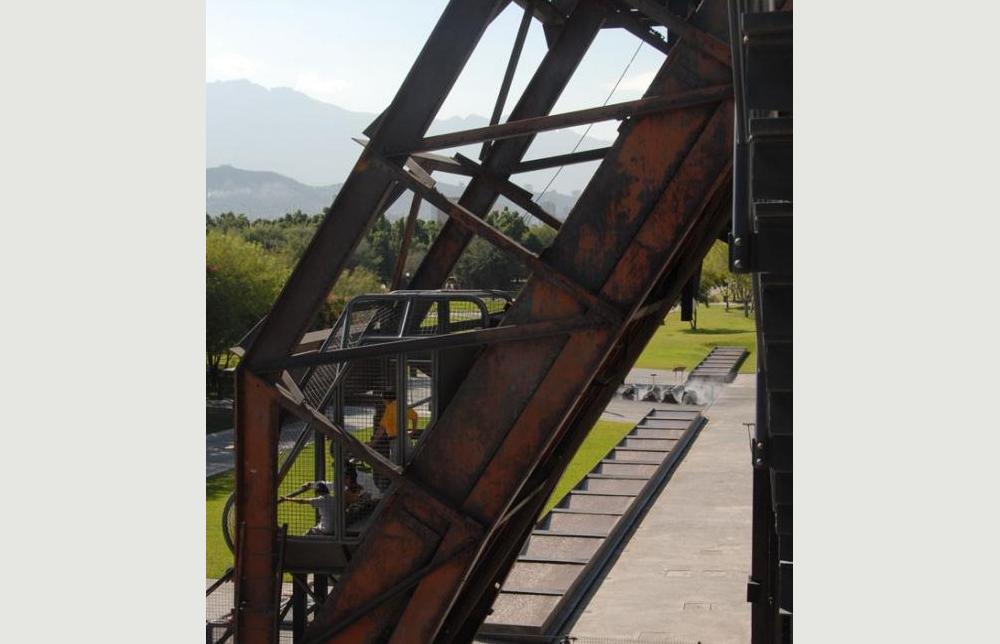 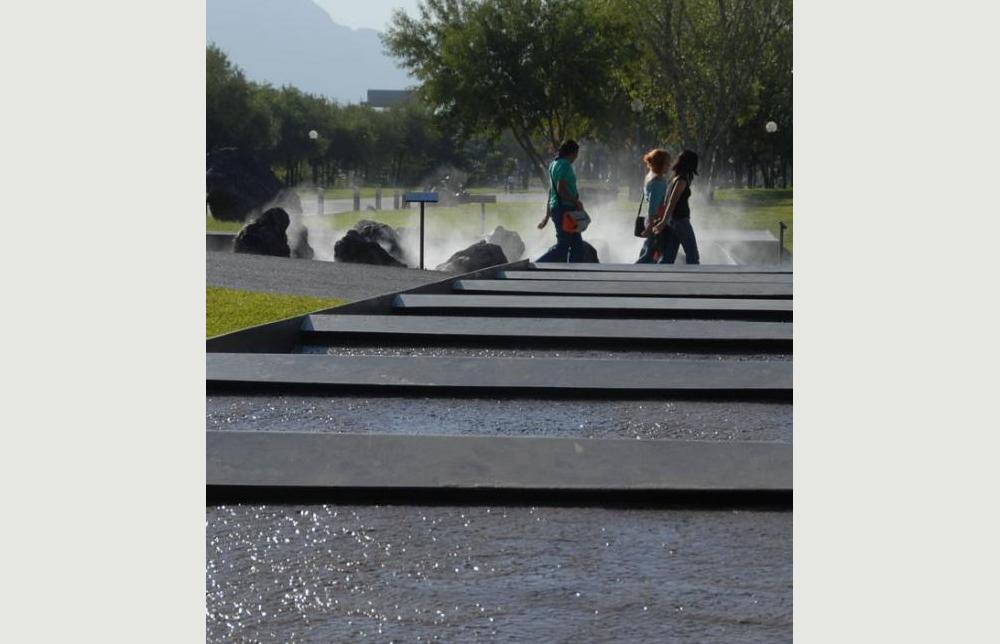 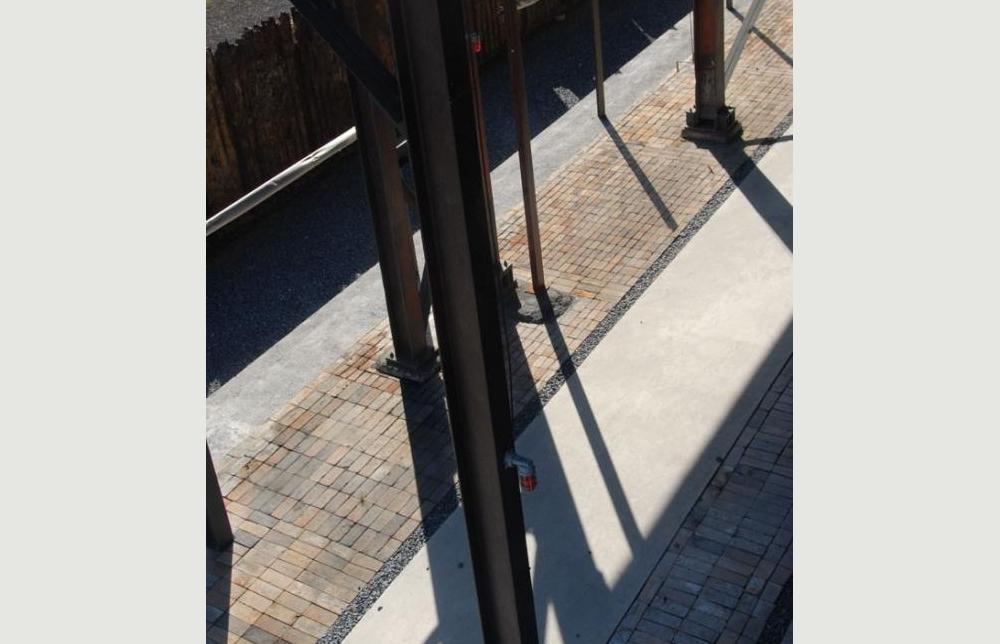 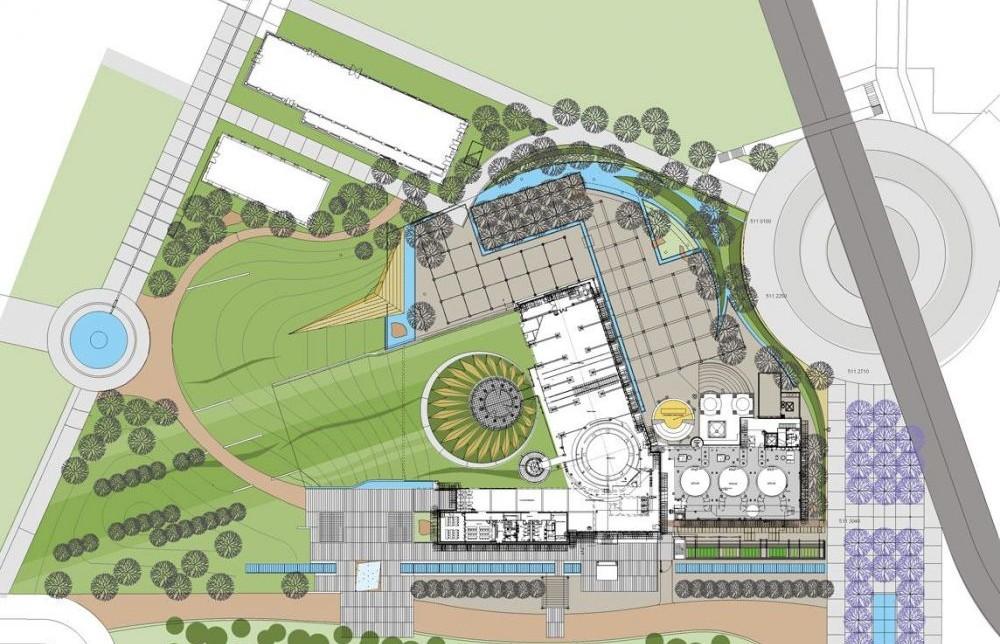 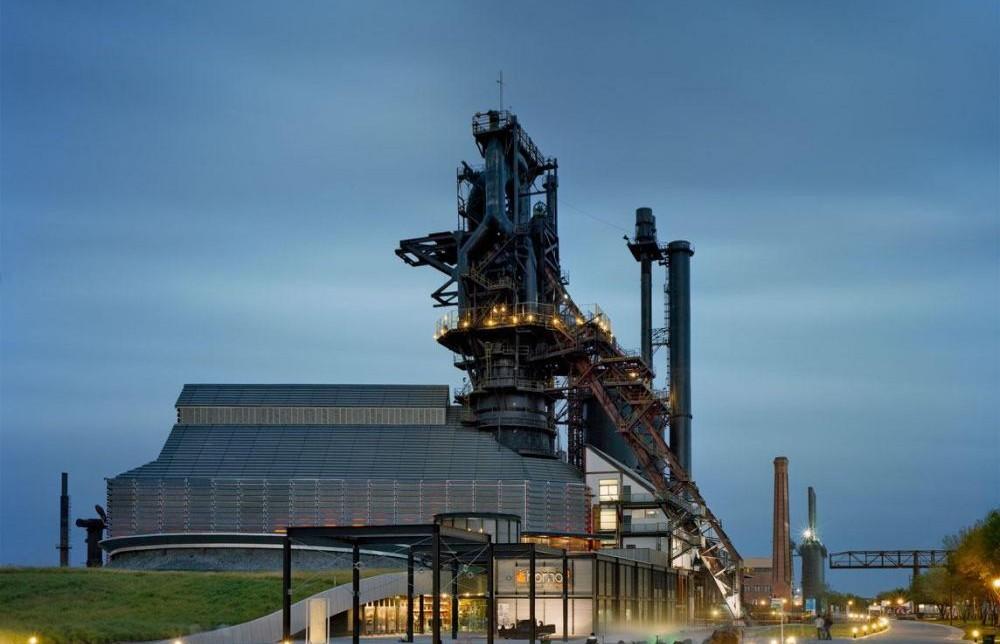 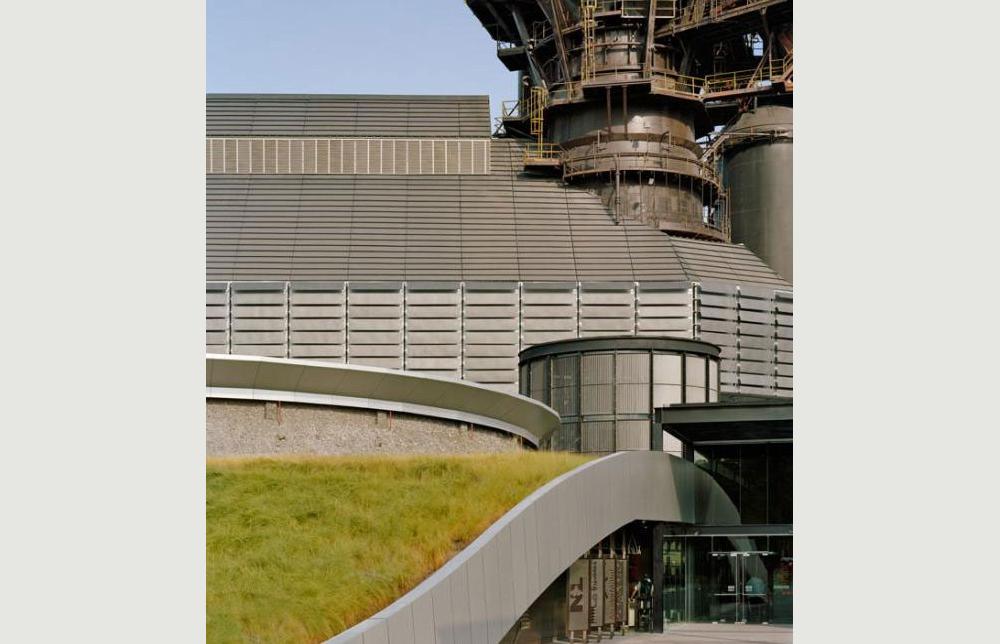 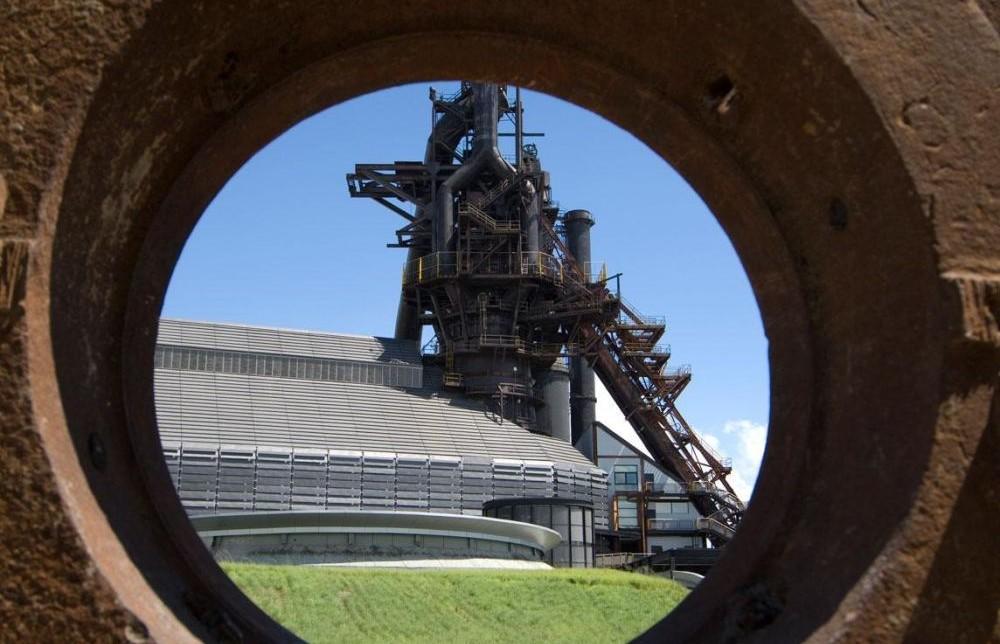 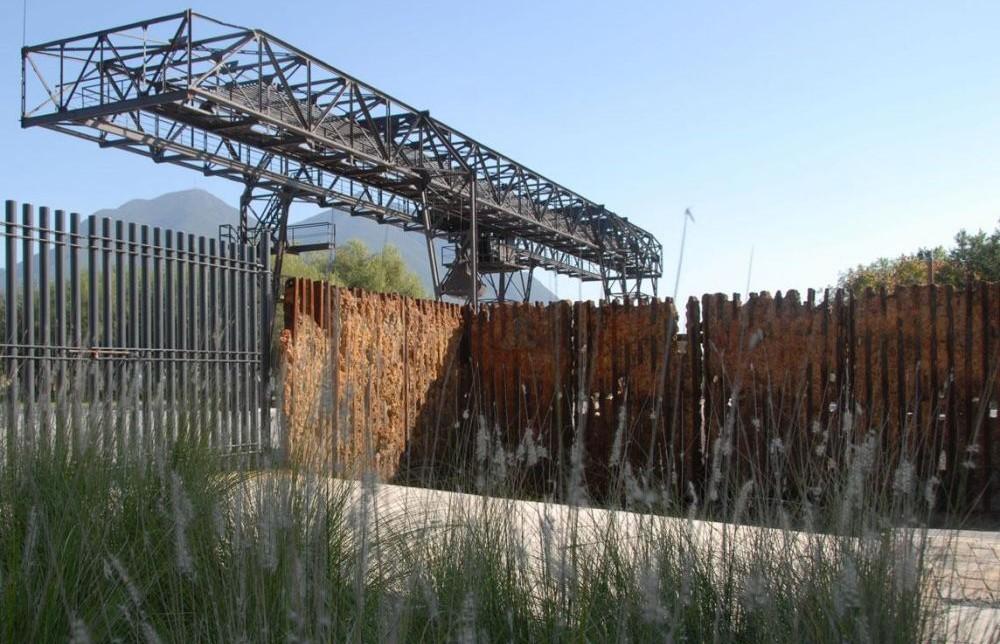 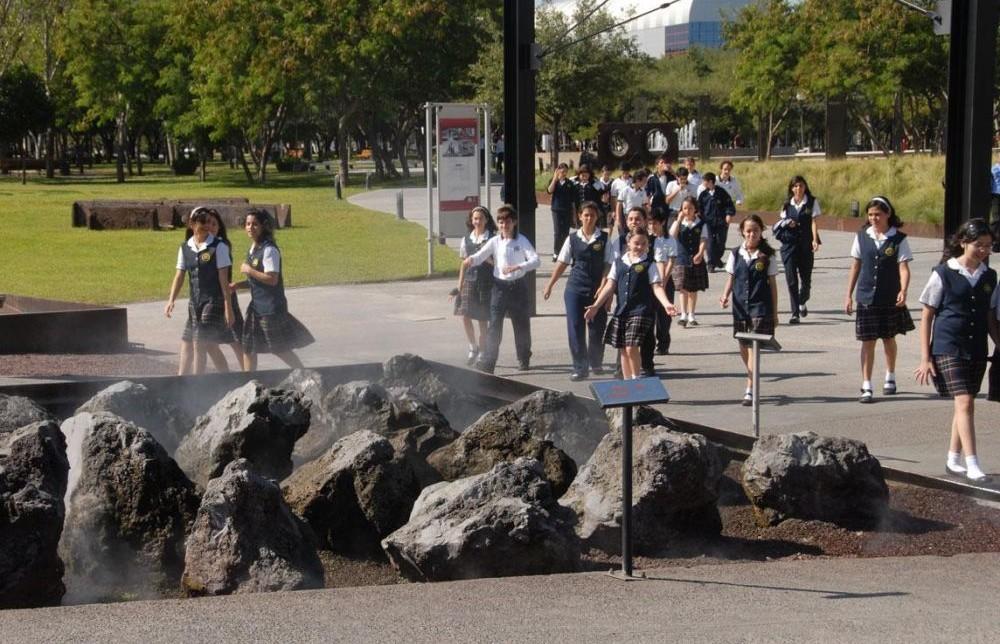 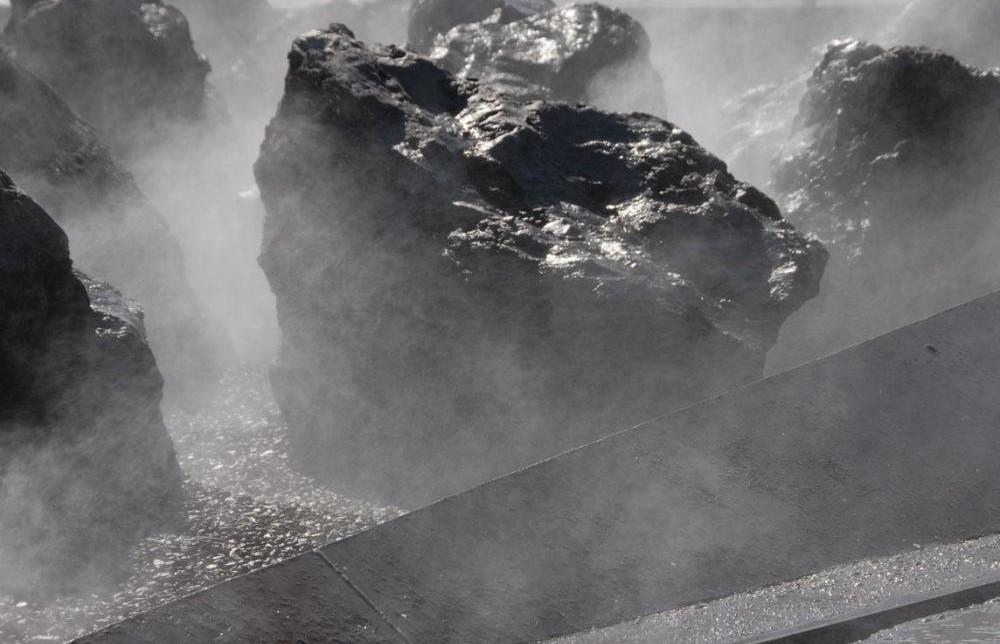 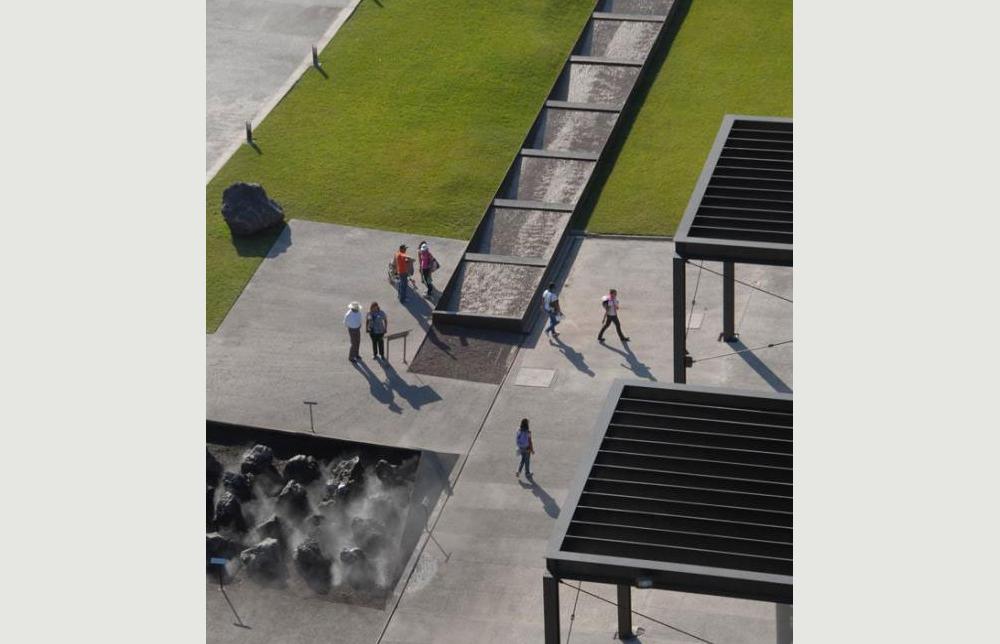 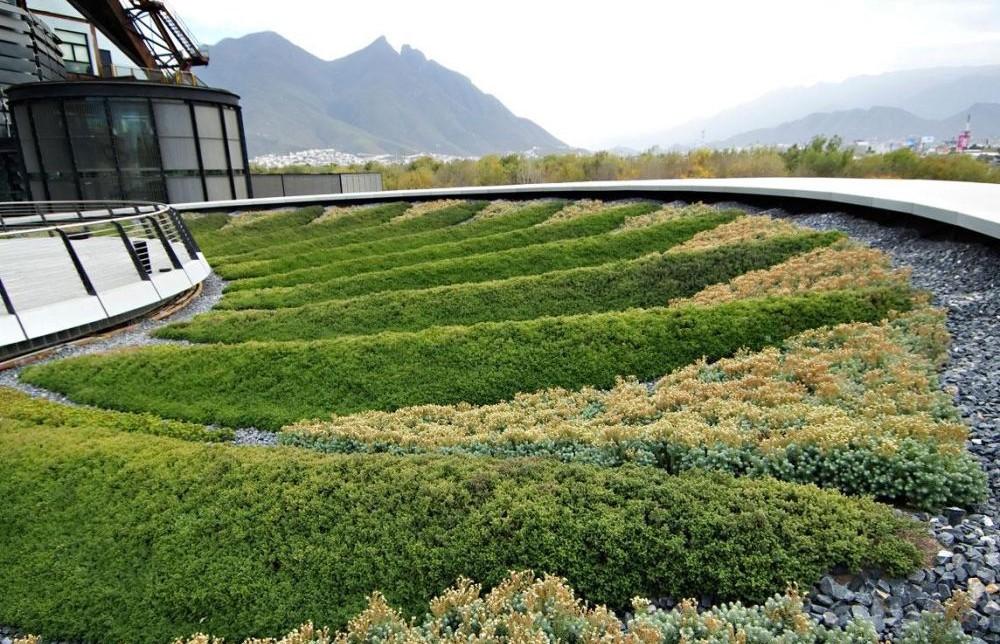 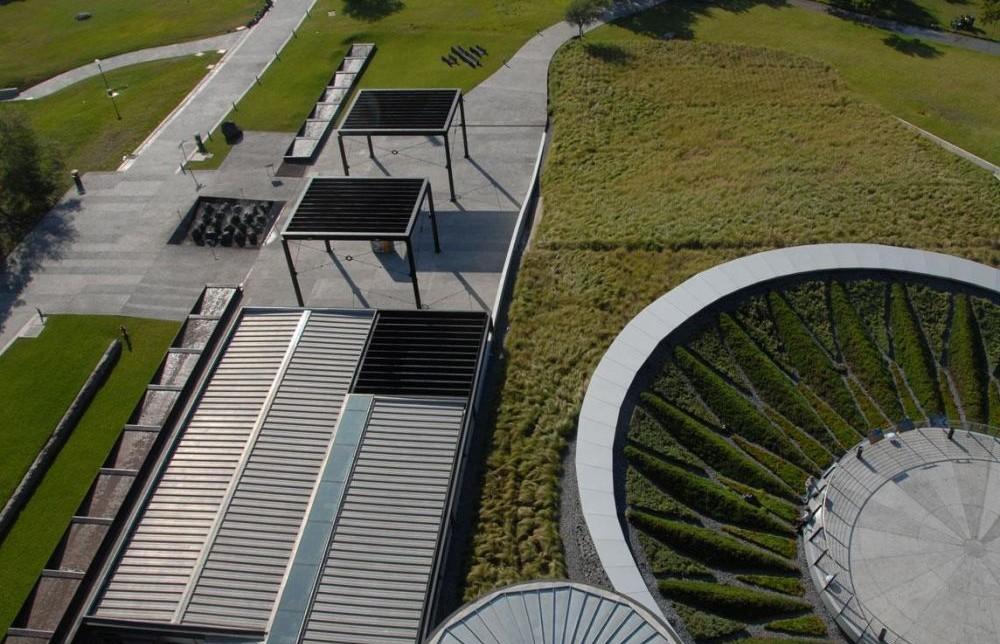 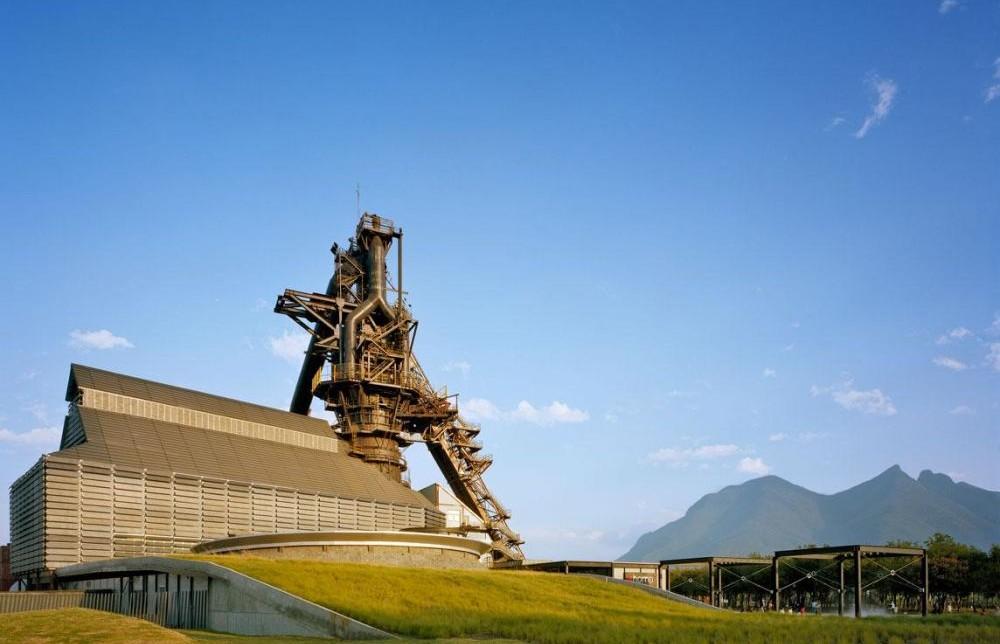 In 1986, the city of Monterrey, Mexico reclaimed an expansive 1.5 hectare brownfield site of a former steel production facility. Eleven years later, the site’s decommissioned blast furnace has emerged as the Museo Del Acero Horno3, the Museum of Steel, which serves as a new focal point for the region. Located at the center of the modern Parque Fundidora, which receives more than two million visitors per year, the Museo Del Acero Horno3 narrates the story of steel production both to the generations who remember the history of the site and to younger visitors who may be unaware of the region’s legacy.

The landscape for the Museo Del Acero Horno3 expresses the spirit of the site’s former industrial glory and celebrates its position within the surrounding dramatic landscape. The overall landscape design emphasizes the physical profile of the 70-meter furnace structure while complementing the modern design of the new structures. The history of steel is an important narrative element throughout the site, and thus steel, much of it reclaimed from the site (such as the ore-embedded steel rails used to define the outdoor exhibit spaces) is used extensively to help define public plazas and delineate fountains and landscaped terraces. Large, free-formed steel objects and machinery

unearthed during excavation were incorporated as stepping stones and other features. The design approach melds industrial site reclamation — and the adaptive re-use of on-site materials — with ecological restoration through the use of green technologies.

All of the storm water runoff within the site’s boundaries is treated in a series of on-site treatment runnels. These surround the exhibition areas and reinterpret the former industrial canals that once moved steel production by-products within the site. Aquatic plants and wetland macrophytes bio-remediate and treat storm water before it enters an underground cistern where it is stored for dry season irrigation.

Two water features are integral to the narrative of the project, while helping to define and locate the public space adjacent to the museum. In the main esplanade, the steel plates that formerly clad the exterior of the main hall were repurposed into a stepped canal over which water cascades. The 200-meter-long feature alludes to the tracks used daily to train in the thousands of tons of raw materials that were off-loaded in this location, and serves as a visual connection to the rain garden in the landscape beyond. At the museum’s entrance, the stepped canal culminates in the misting fountain, a grid of rocks visibly embedded with ore. This trompe l’oeil evokes the caustic heating process once used to extract ore, but instead of steam it generates a cooling mist that blows over the plaza — a pleasant surprise for visitors in Monterrey’s hot and arid climate.

The use of green roofs (extensive and intensive) over the museum- which comprises the largest such roof system in Latin America – helps to reduce the visual impact of the new buildings. The existing furnace rises from this newly created ground plane. On the higher roof, a variety of drought-tolerant sedums have been arranged according to the structural roof patterns of the new architecture, and are contained by what appears to be a floating steel disk. A circular viewing deck allows visitors to take in the expanse of surrounding regional landscape, including the distant Sierra Madres, which are echoed in the roof’s mounded shape. Below, Alfombra verde (green blanket) a less constrained meadow of tall grasses — an abstraction of the native landscape —creates a connection to the landscape’s pre-industrial context both functioning as a bioremediation for degraded soil and increasing thermal benefits for the new structure.

Principals of sustainability are at the core of the landscape design of the Museo Del Acero Horno3. By thoughtfully repurposing found industrial artifacts and incorporating new green technologies that work in concert with the architecture and the greater landscape, the designers have created an outdoor exhibition space that interprets the area’s historic uses while celebrating artistic opportunities for the future.