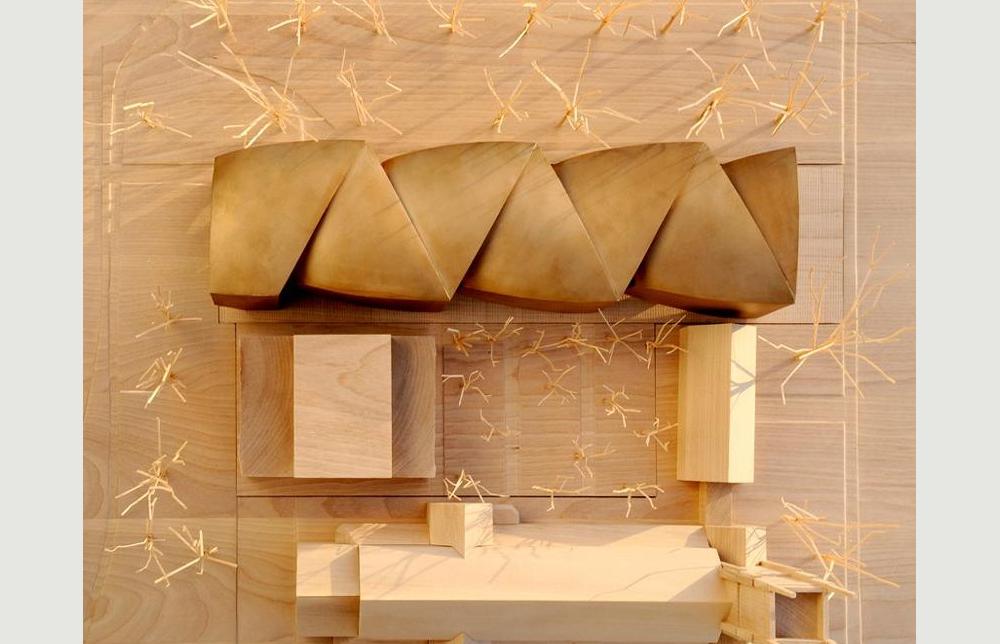 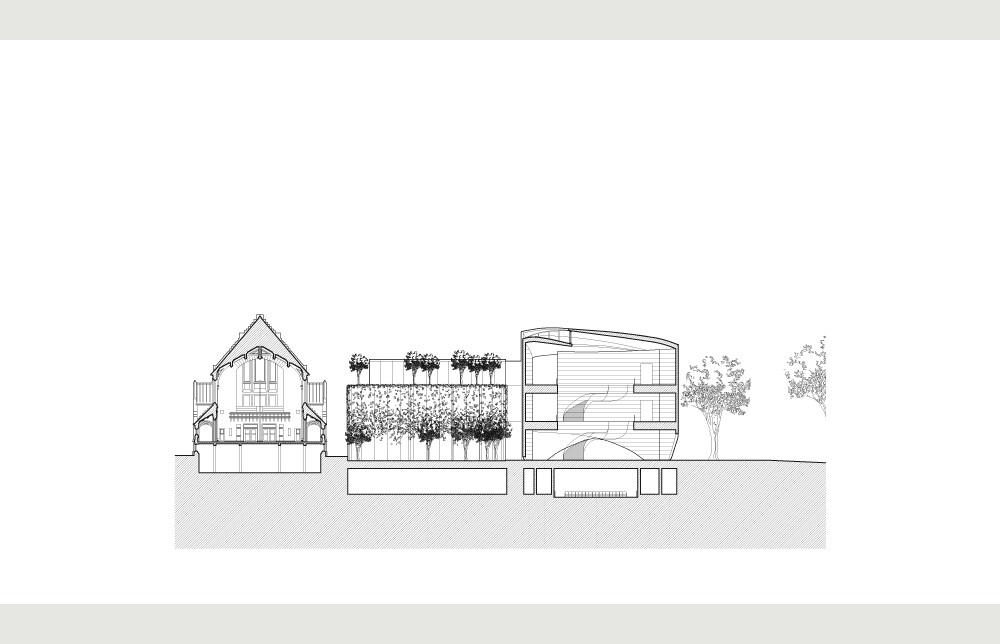 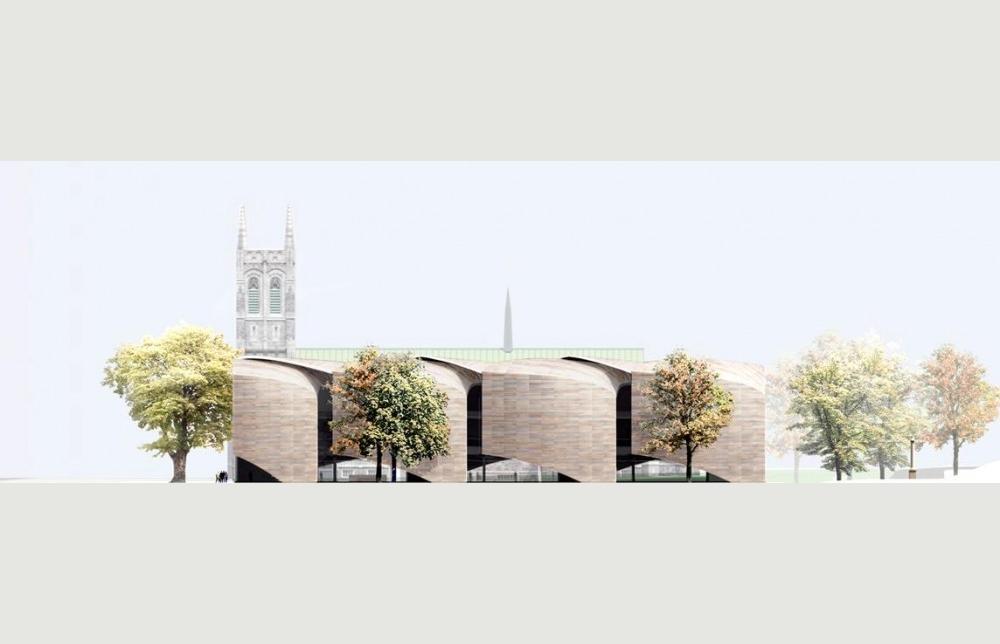 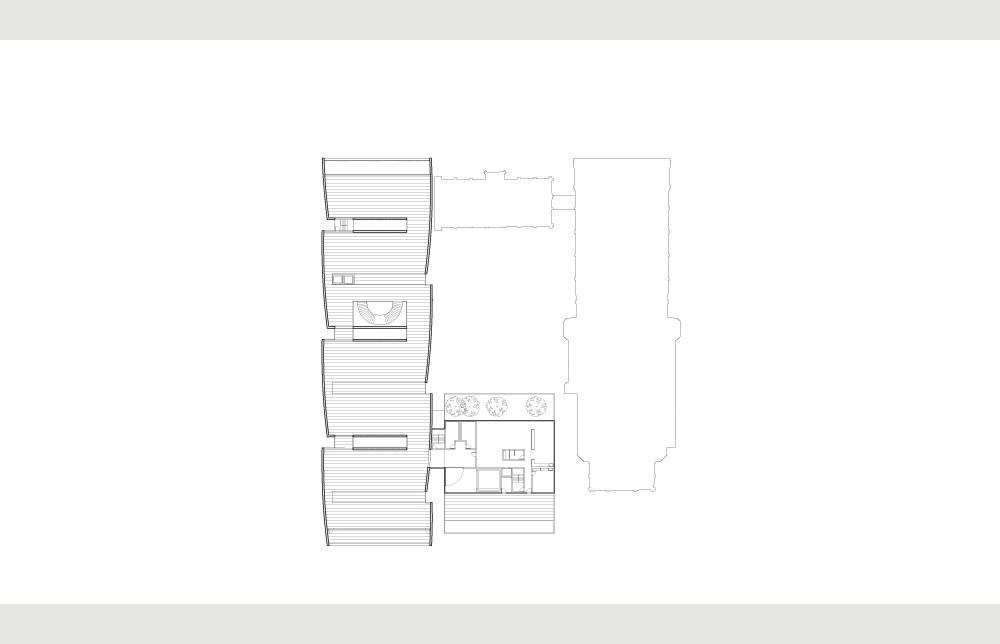 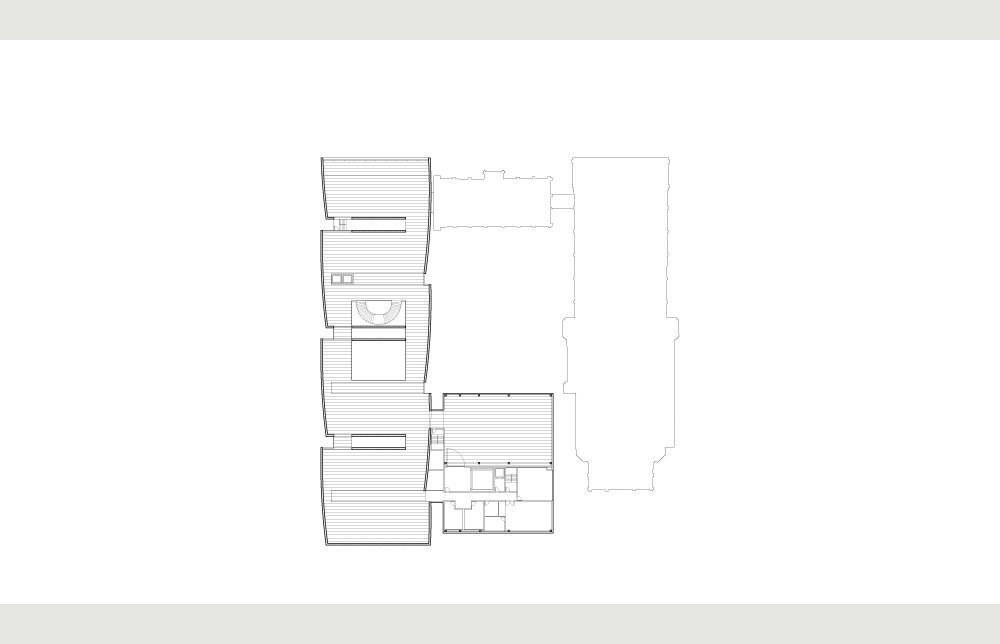 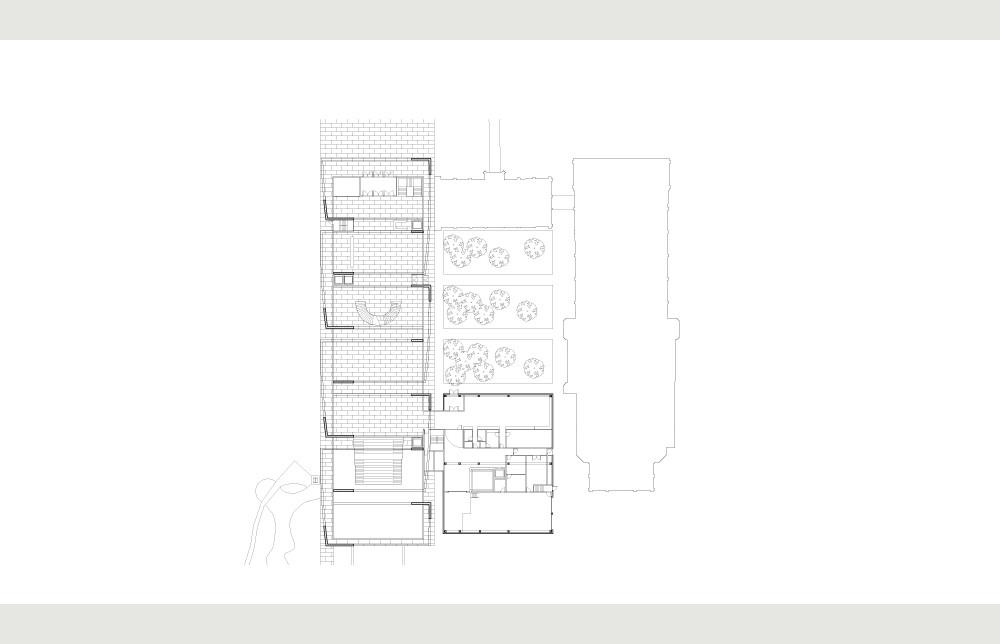 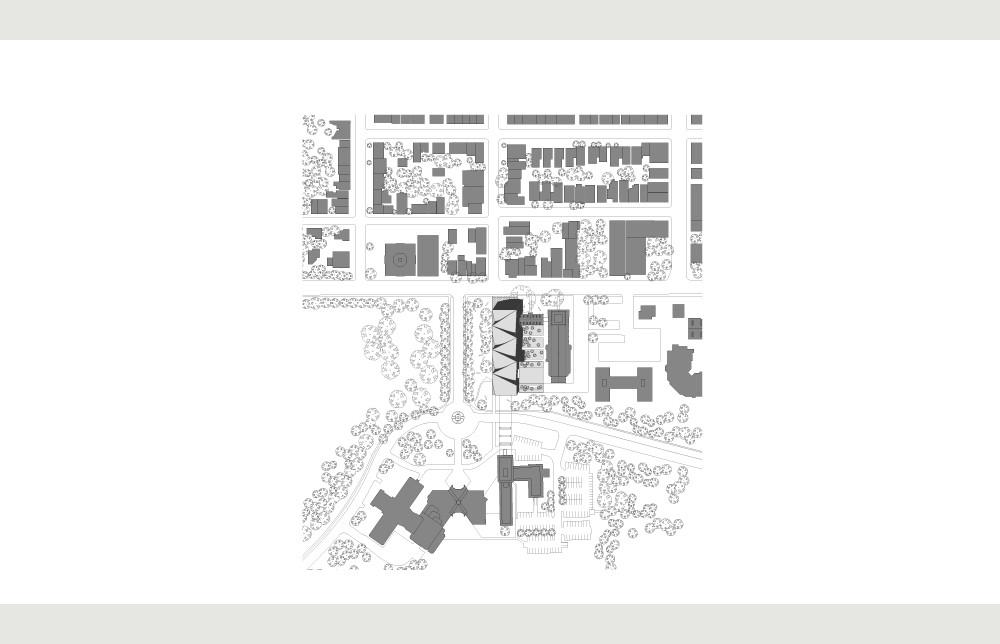 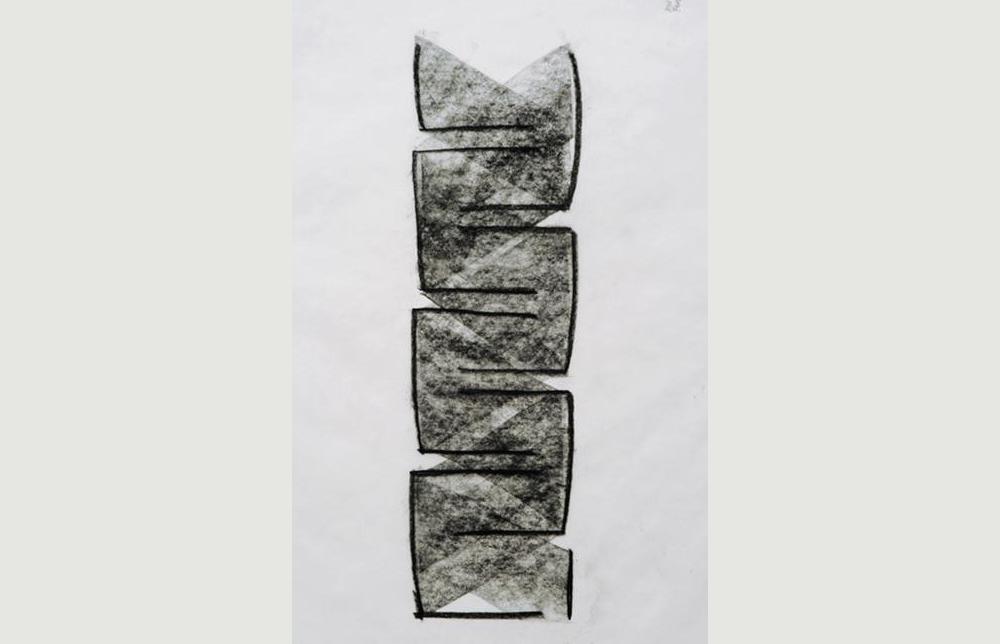 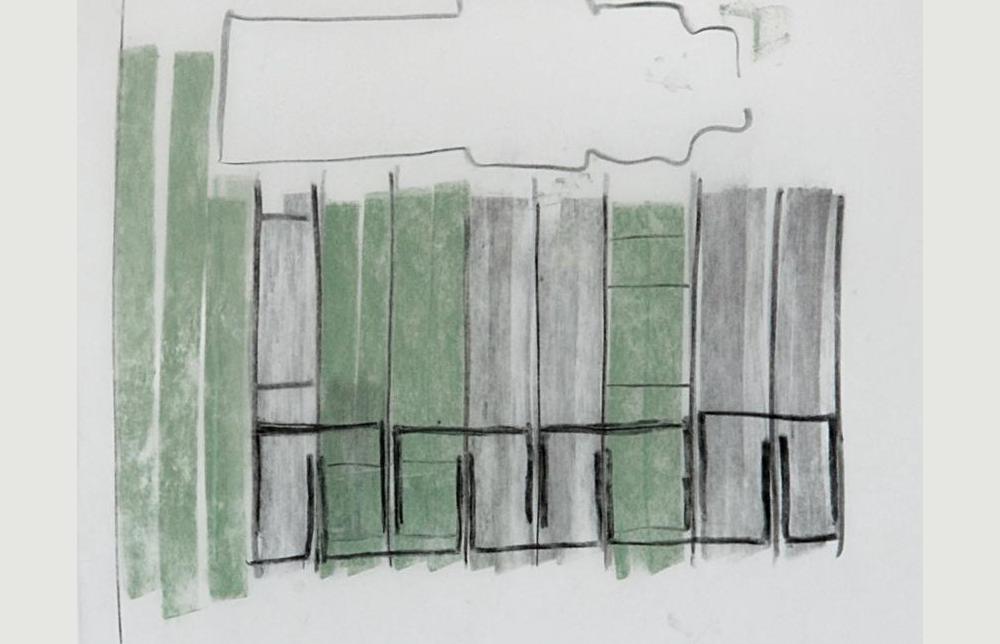 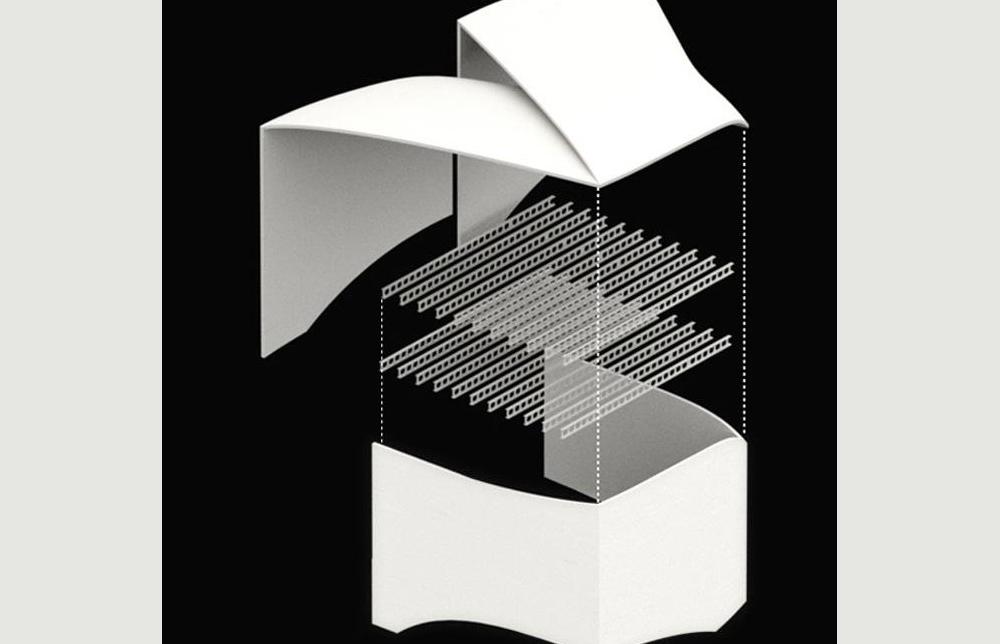 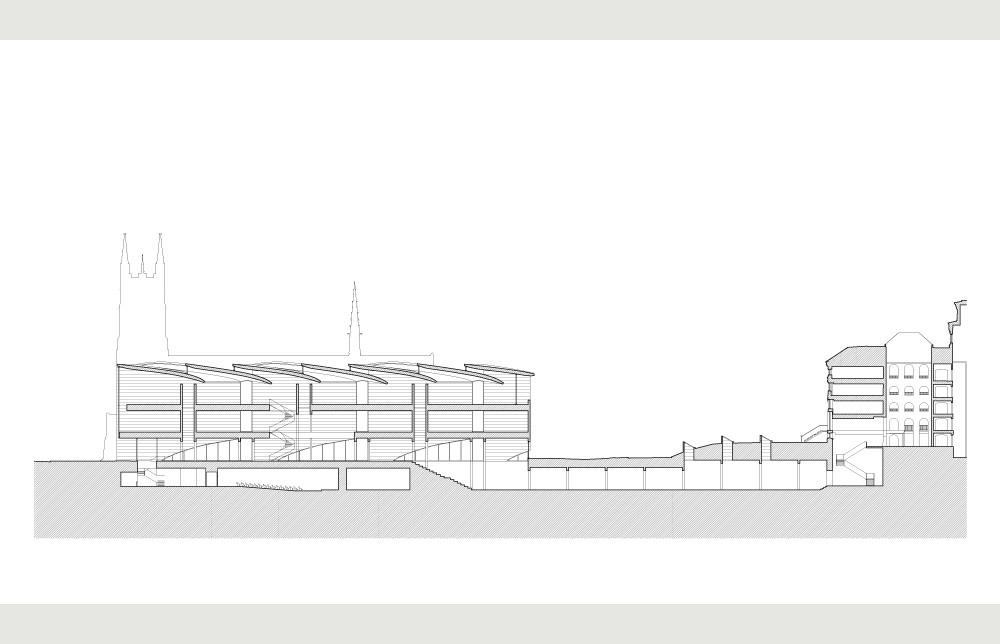 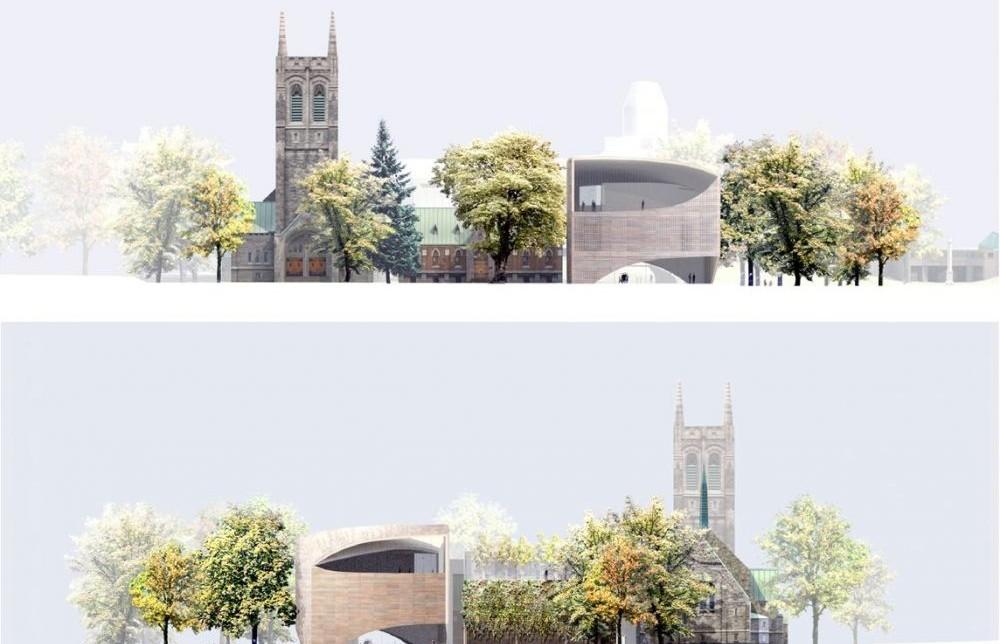 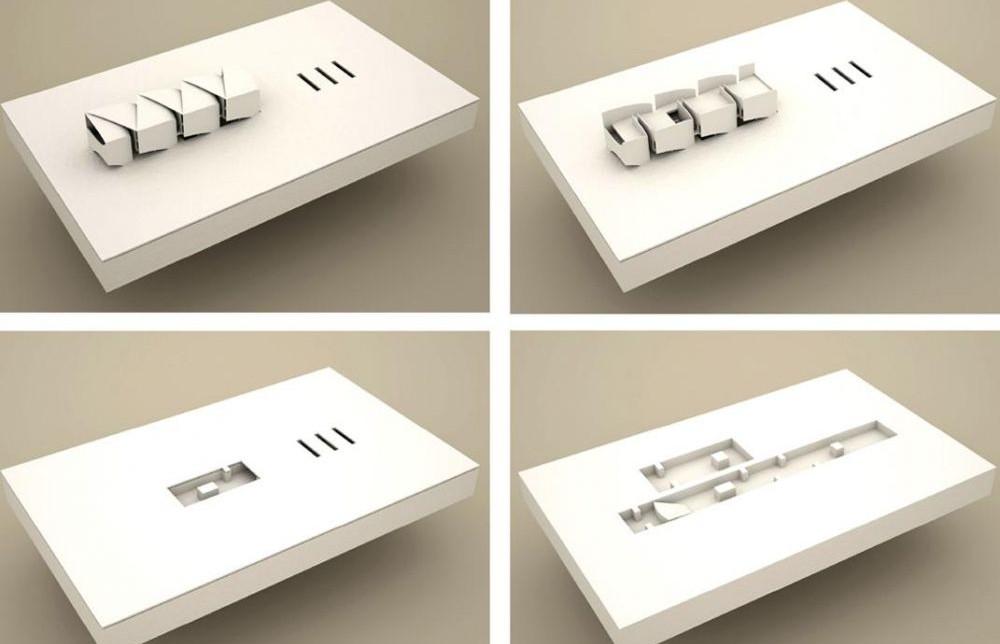 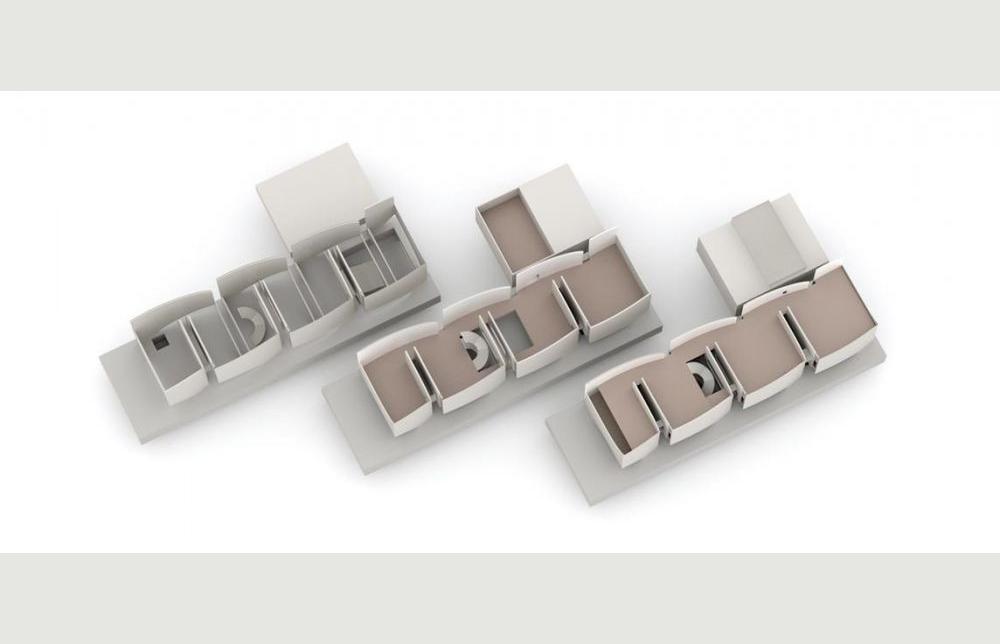 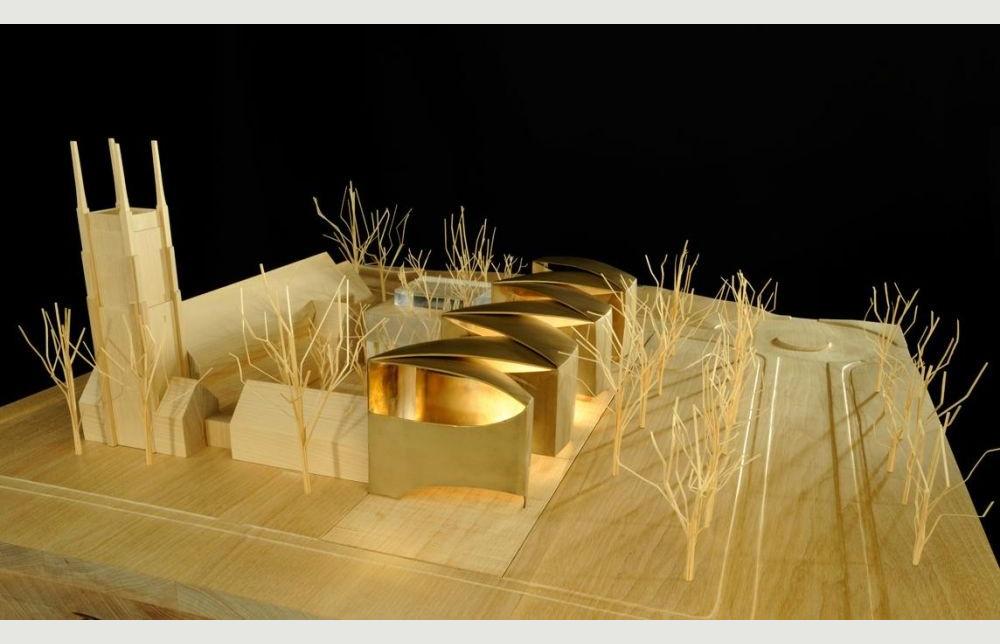 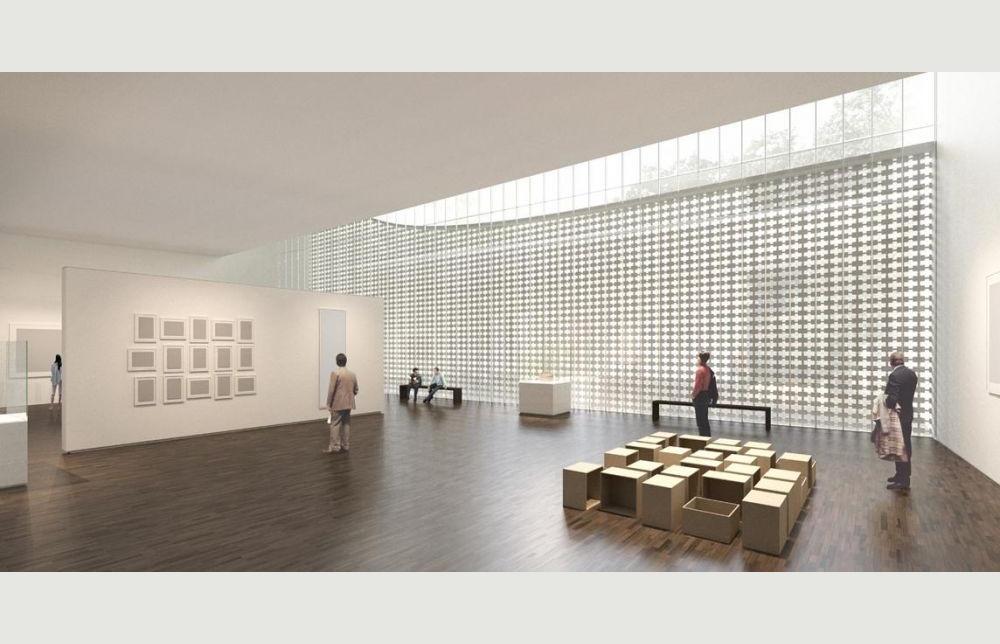 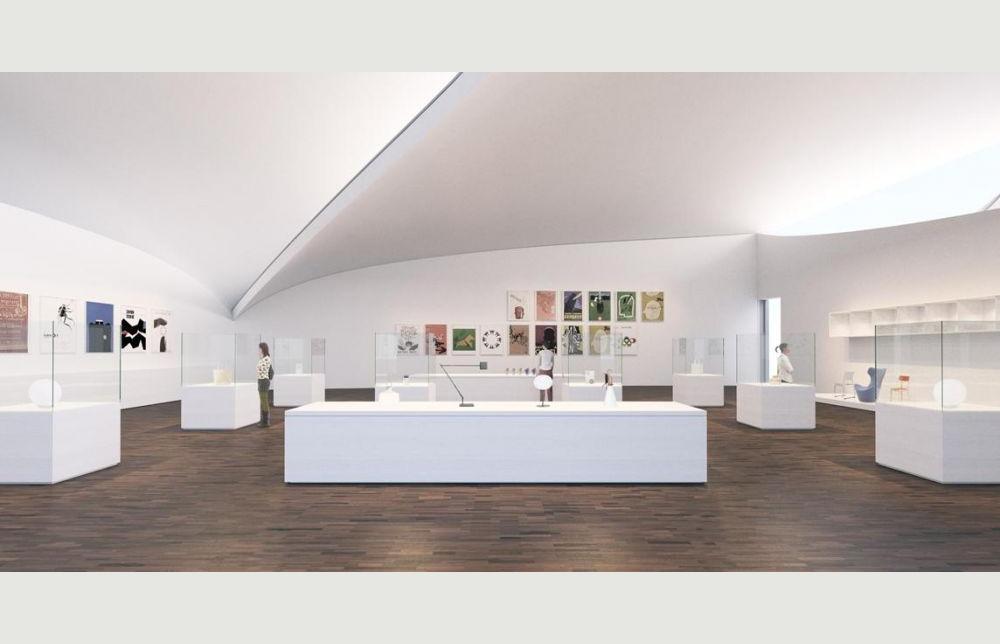 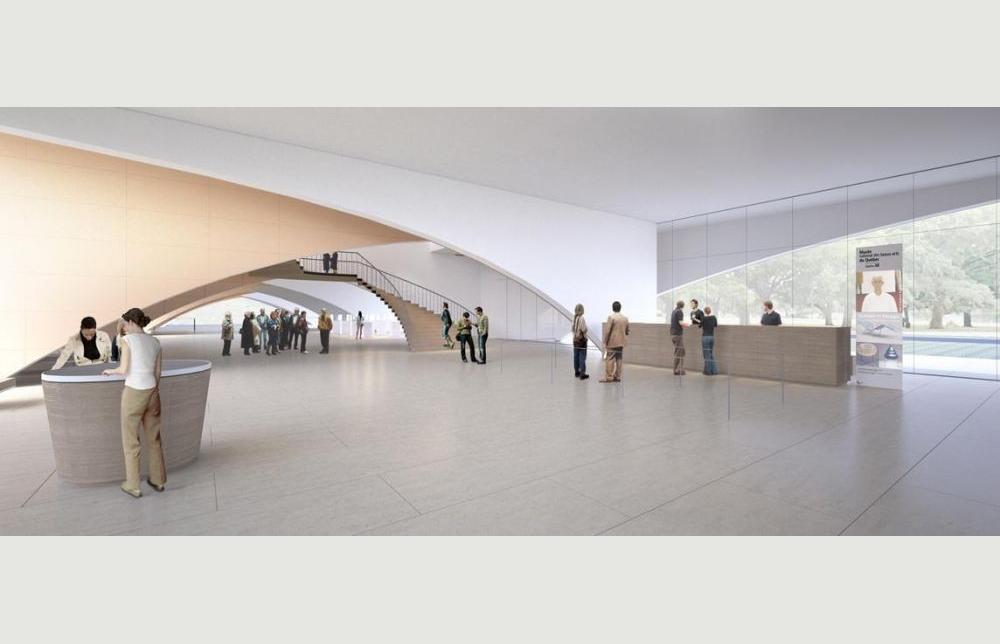 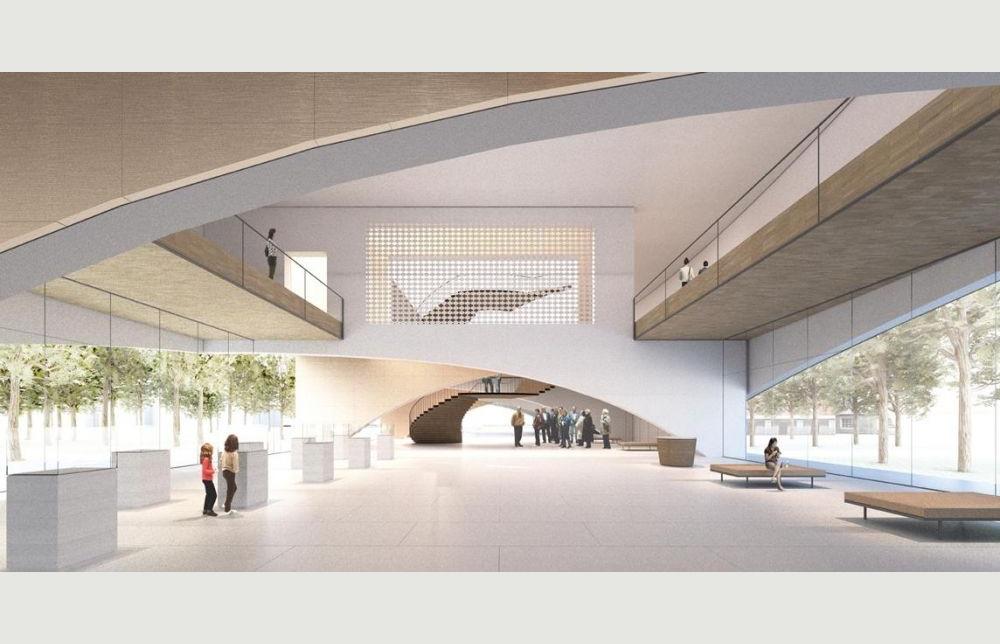 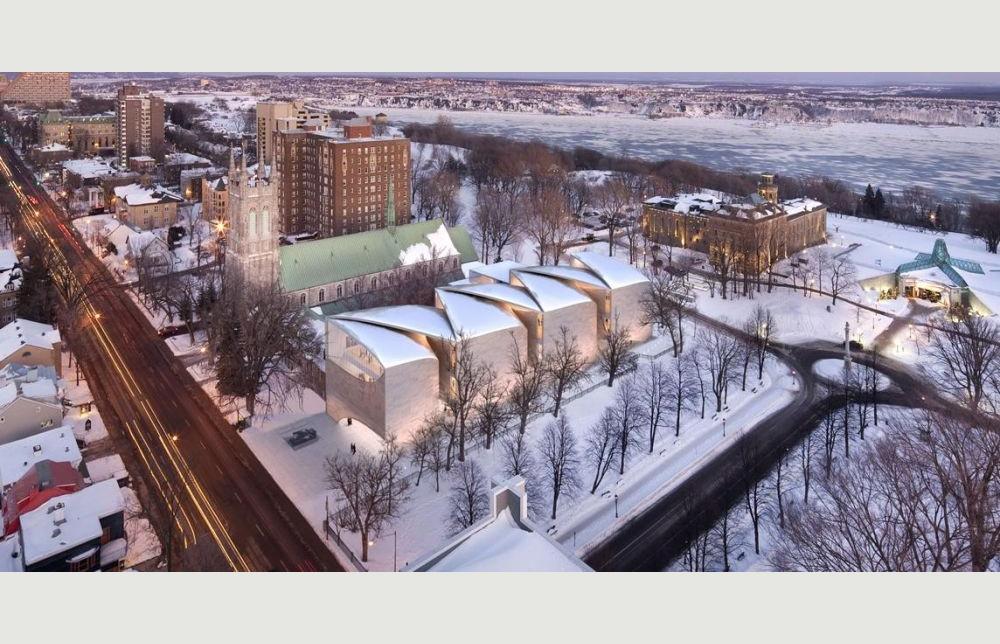 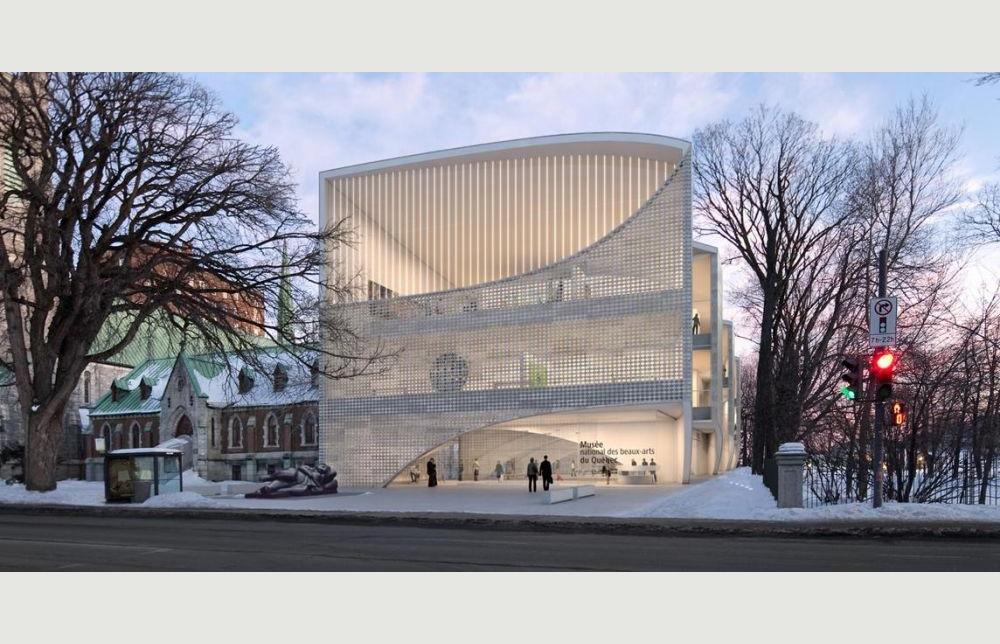 In 2010 Allied Works was a finalist in an international competition for the design of an addition to the Musée National des Beaux-Arts du Québec. The building is sited adjacent to the Fields of Abraham, hallowed ground of Canadian national history, and replaces a wing of the Saint-Dominique Monastery. The addition will become the fourth pavilion in an assemblage that forms the museum and will front the Grand Allée, the major boulevard of Québec City. The building massing was defined by this historic context.

The proposal for the new pavilion creates a theshold for art – a bridge between city and mseum, between architecture and ladnscape, between old and new. The building is a rhythmic interplay of light and structure, a series of concrete and bronze shells that are at once monumental and transparent. The five sets of concrete walls rise three floors as they interweave and lift from the ground in enormous cantilevers, allowing the public spaces to marge with the park and interior courtyard. The garden pavilion, completely covered in planting, extends the surrounding landscape. As the shells overlap light is reflected into the upper gallery floors; In summer the light is protected and muted, in winter the lights is luminous as it reflects off of the snow. As the shells of structure separate they leave seams of light, intervals of repose with glimpses into the canopy of trees. On the Grand Allée, the facade opens and reveals the art and energy of the museum to the city.

Allied Works’ proposal for a new entrance and exhibition pavilion for the MNBAQ heightens the awareness of Québec’s artistic heritage while reconnecting the Museum to its historic site. The Museum lies beyond the old city walls and adjacent to the Plains of Abraham.

The pavilion creates a new and open entrance facade on the Grand Allée, Québec’s principal street. In doing so, the pavilion establishes a direct connection to the public and acts as a gateway to the museum.