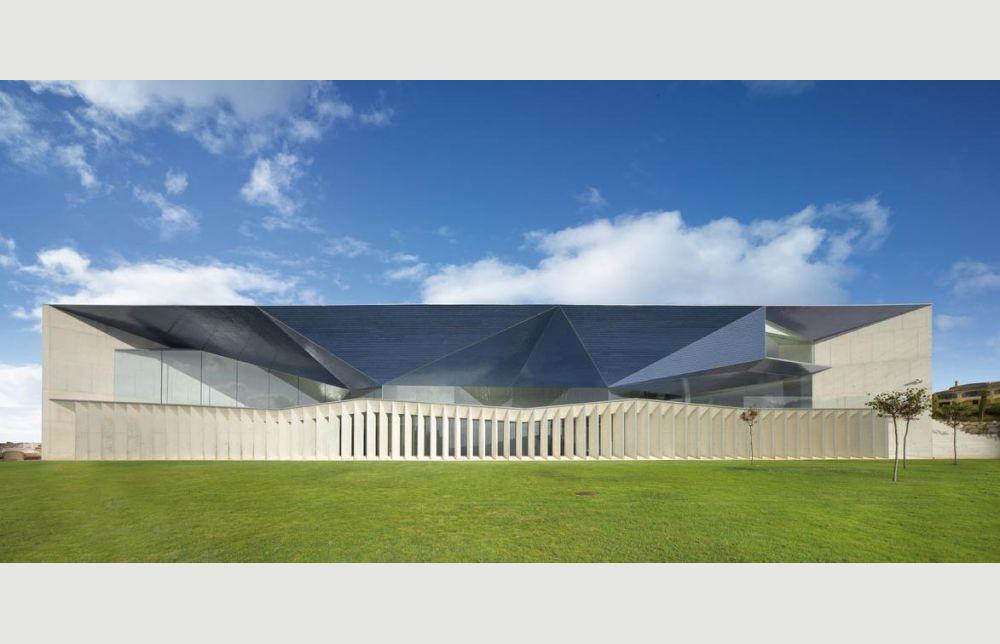 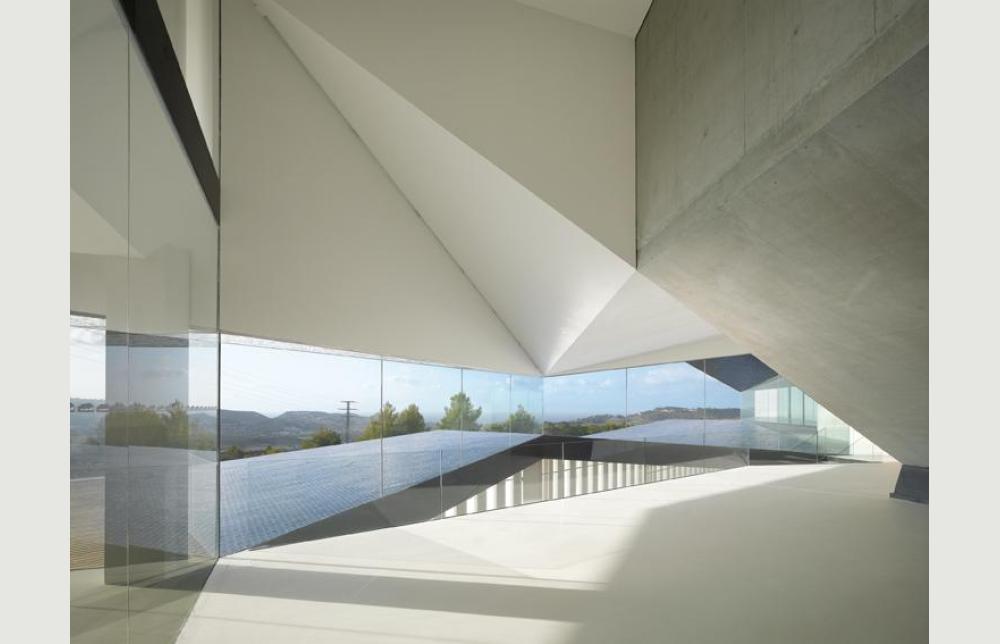 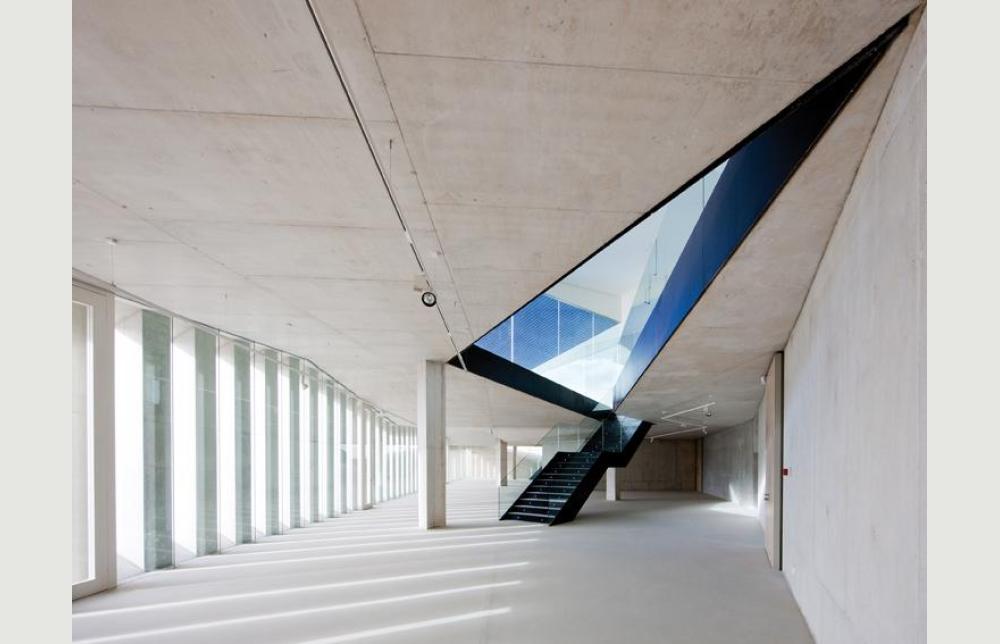 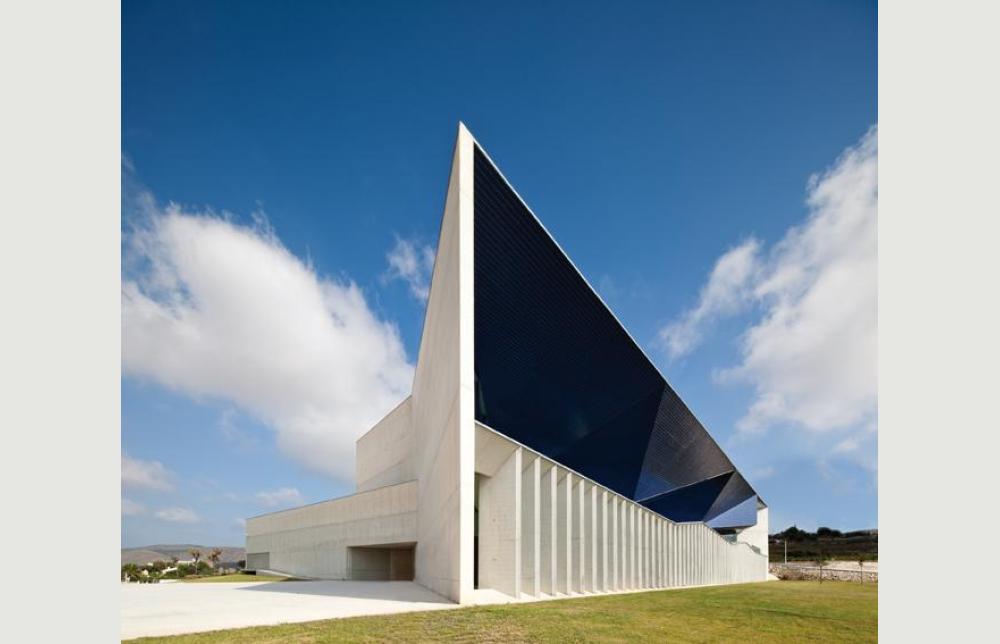 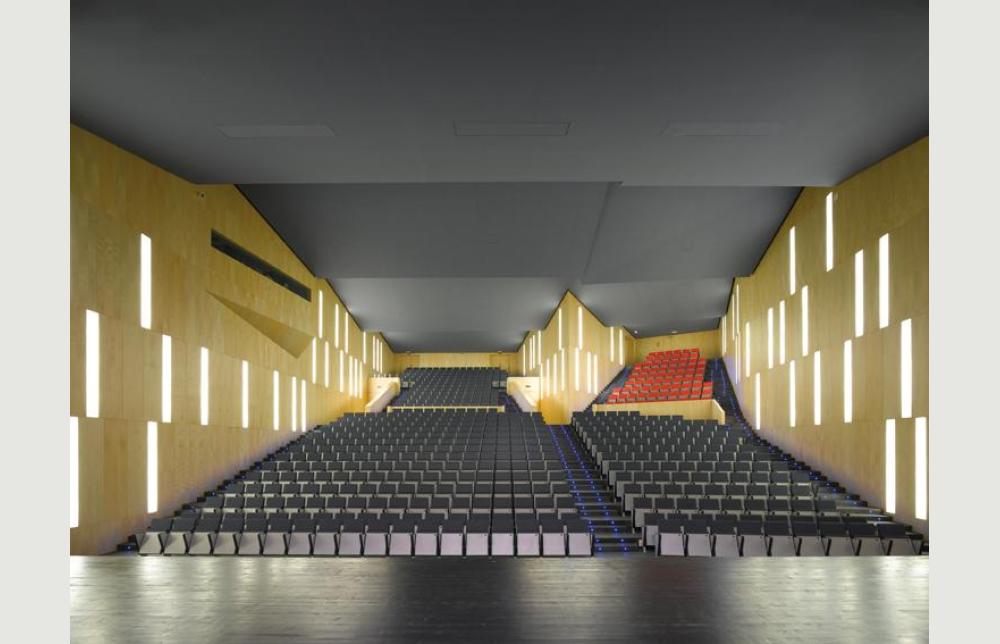 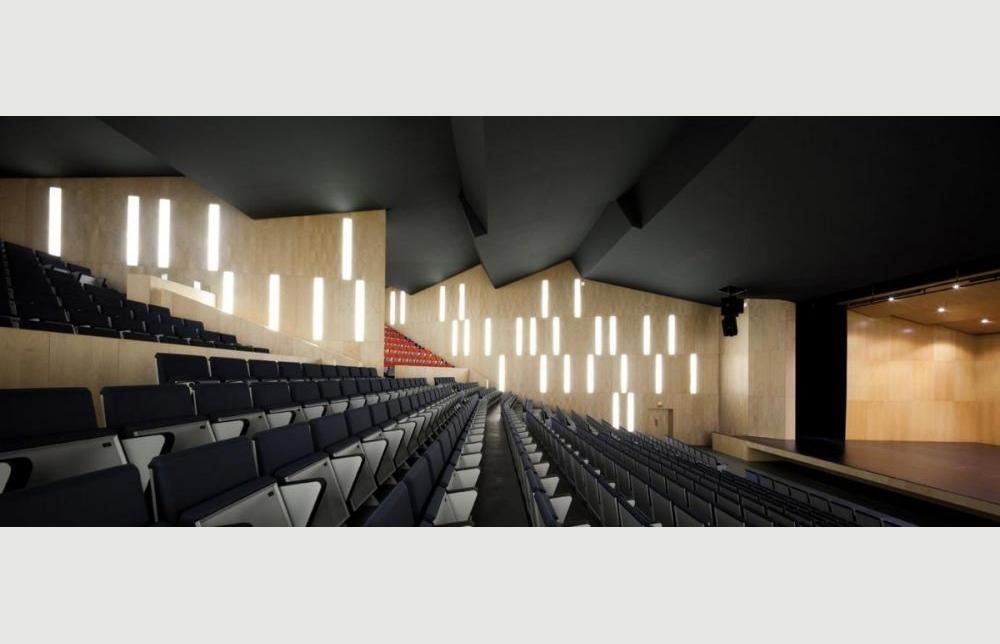 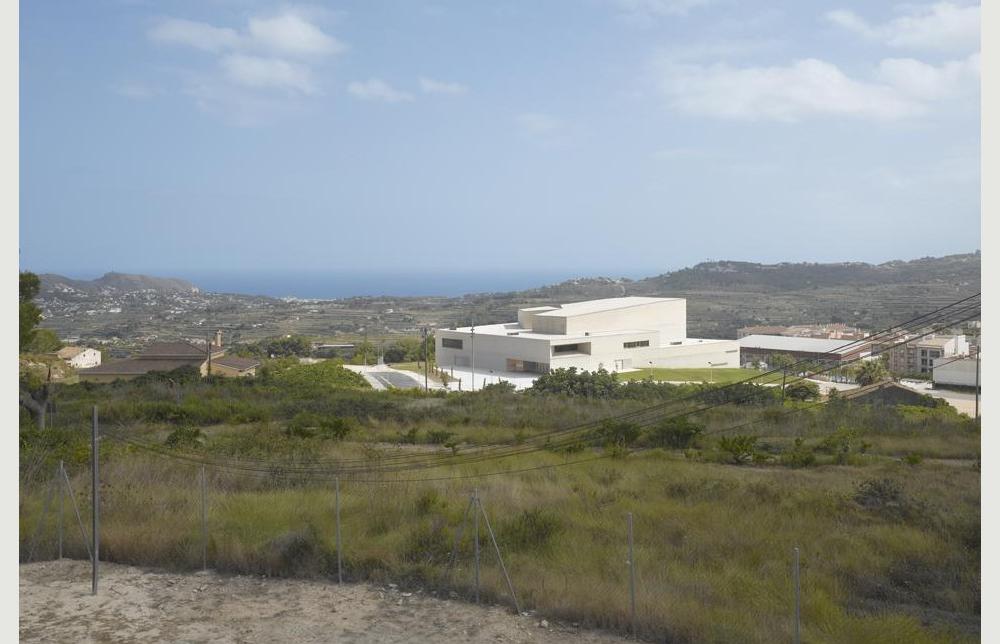 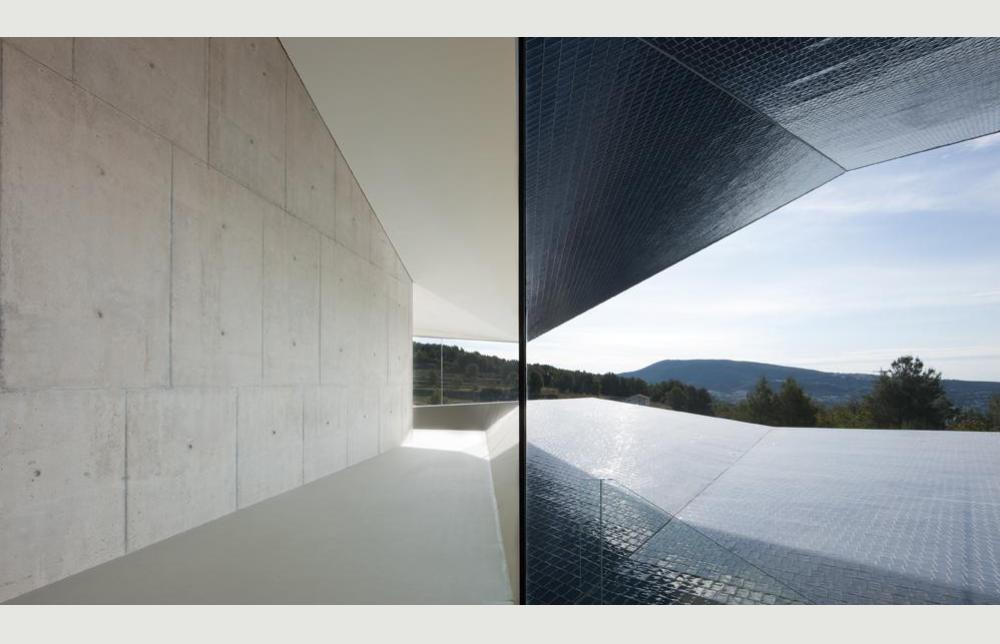 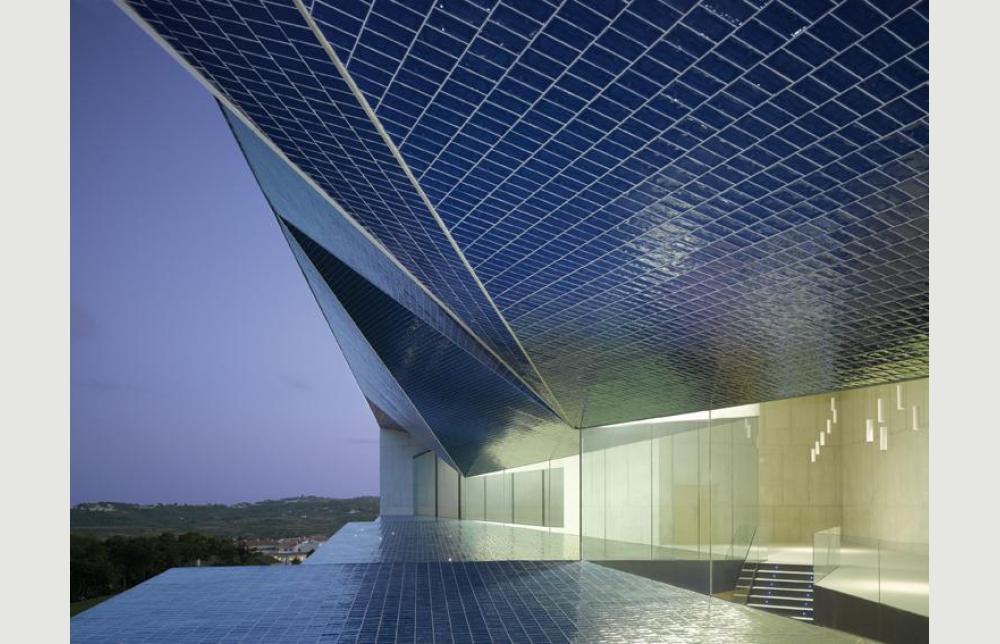 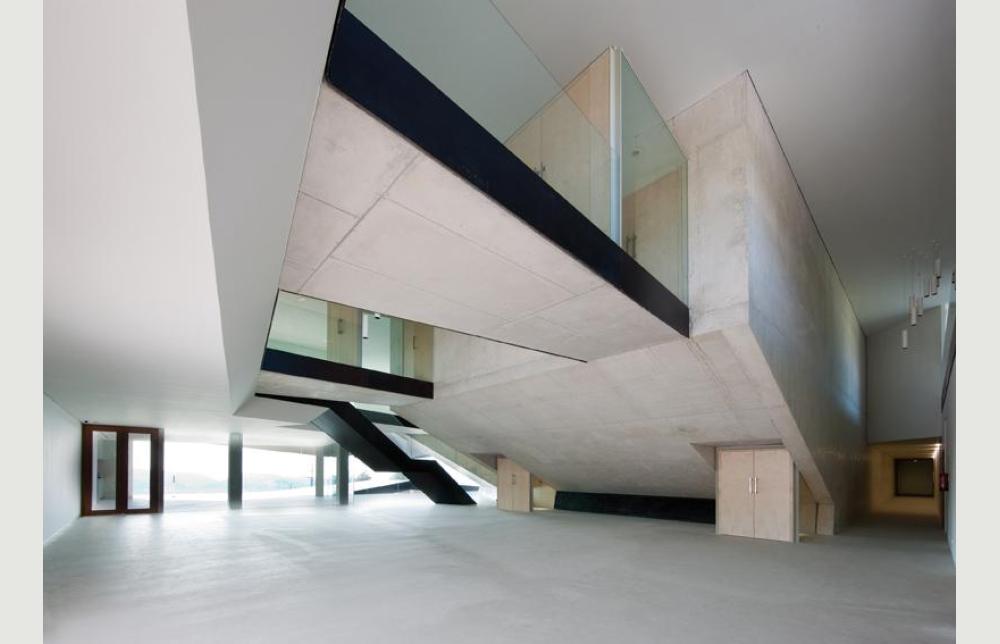 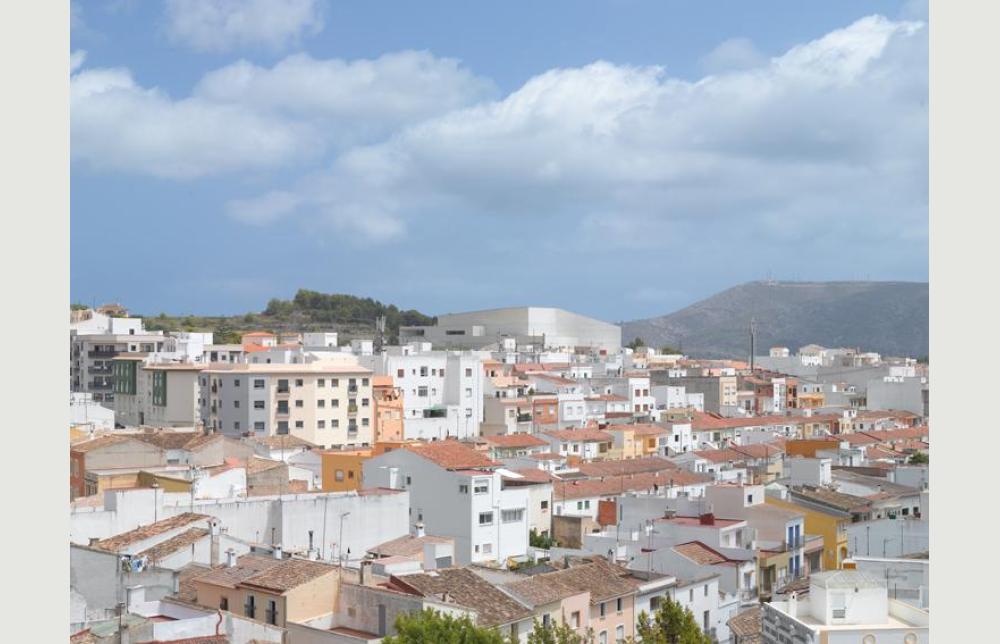 Teulada-Moraira is one of those municipalities divided into two separate physical units. It could well have been called ‘upper’ and ‘lower’ Teulada, or ‘upper’ and ‘lower’ Moraira. The built area of Teulada is in the mountain, and that of Moraira is further down, following a valley of some five kilometers along the Mediterranean shores.

The building of the new auditorium acts as a hinge between the two physical areas of the municipality. A reference that allows seeing and being seen from both spots. As far as hall types and complementary uses are concerned, the program is simple. The organization and layout of the pieces undergoes a total geometric and spatial transformation towards the southern facade that, being oriented to the sea, becomes the most singular and significant element of the project. Its depth gives it a sense of architectural section that urges to follow a three-dimensional interpretation (in terms of space), instead of a restricted two-dimensional scale. In metaphorical terms this facade evokes topography similar to a beach of stone that, from a distance, and with all its depth, appears to merge into the sea. In more practical terms, its deep and cracked geometry emerges from the study of the impact of the sun and the geometry it generates, especially during summer, so its final configuration aims to avoid the impact of sunrays in the interior. The base of this “facade” is a large exhibition hall that, as a sort of “cellar” that is softly lit by the rays that manage to make their way through the thick vertical concrete grille, fresh in summer and warm in winter, may provide the southern facade – based on more conceptual references – with a functional argument.

The building shall be seen from a distance as a volume covered in tiles, like fish scales. Matte tiles that will be attached to the concrete walls. The shifts, setbacks and projections of the facade that is oriented towards the sea will be made of sandblasted marine aluminum sheet. Different spots of light, made of optic fiber, will be a value added to the volume seen from afar or from the water.