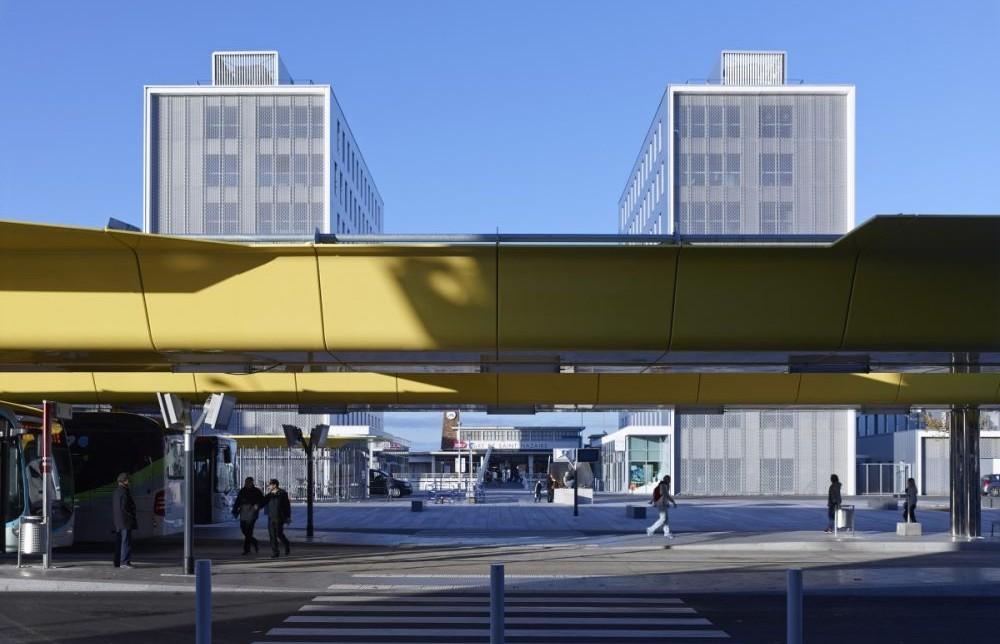 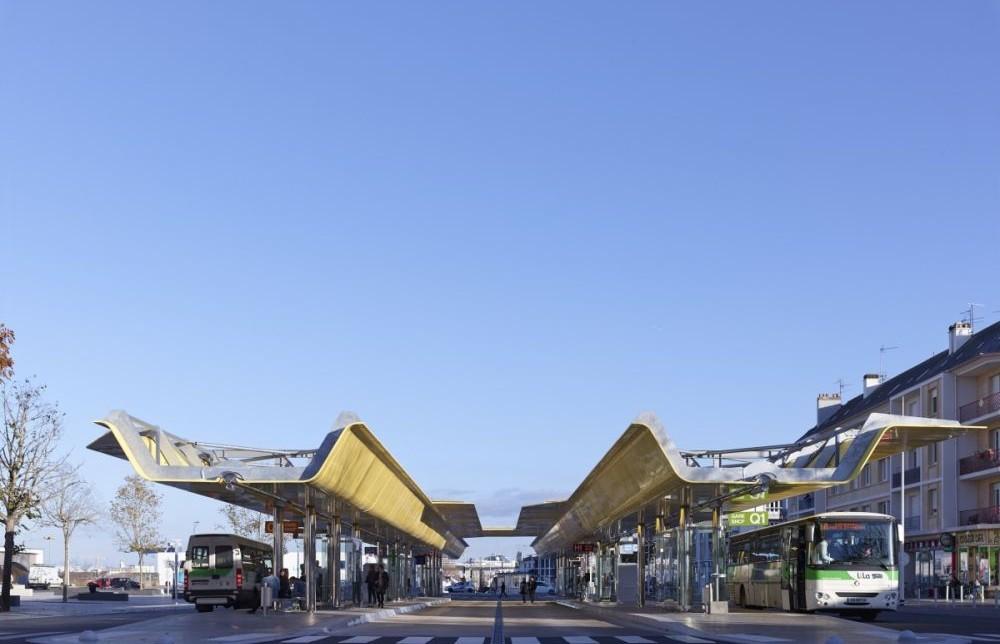 Saint Nazaire railway station is the focal point of a public transport network for a sprawling town that is destined for further growth. The creation of a high-frequency bus route lead to the reworking of the roadways and parking areas for buses and coaches around the station as well as the development of the square in front of the station.
Discussions between the architects, the town authorities and the Carène development council led to changes from the initial design:
• the bus and coach parking areas are to be located on the existing plaza between the station and the post-war buildings opposite. Using this site relieves congestion for buses and coaches;
• a cheaper, longer-lasting coating is to replace the granite planned for the public transport operating area.
The budget that this has freed up means that two long parallel canopies can be built to protect public transport users. Standing out in the town thanks to their broad, flowing and colourful protective covers, they provide the additional comfort of enclosed glazed shelters which protects against the often violent winds of the Atlantic coast.
Concrete slabs are used to cover the plaza, creating a carpet on which are spread a bike rack in the shape of an engine shed, benches, information screens and lamp posts whose shape directs the eye towards the station entrance.
Very close by, the post-war period concrete bridge over the railway lines has been replaced by a metal one. A segregated bus lane and two lanes for cars take up the central roadway. To the sides, two pavements each provide a footpath and a cycle path. The desire to protect pedestrians and cyclists from bad weather, along with the requirement to build railings above the railway lines, produced the distinctive shapes that emphasise engineering in the town by evoking the silhouettes of ocean liners under construction which are visible above the town’s skyline. The station is at a symbolic crossroads between the port town and the railways, the town centre and the outlying commercial districts, the post-war town and its urban growth at Circé-Trignac.