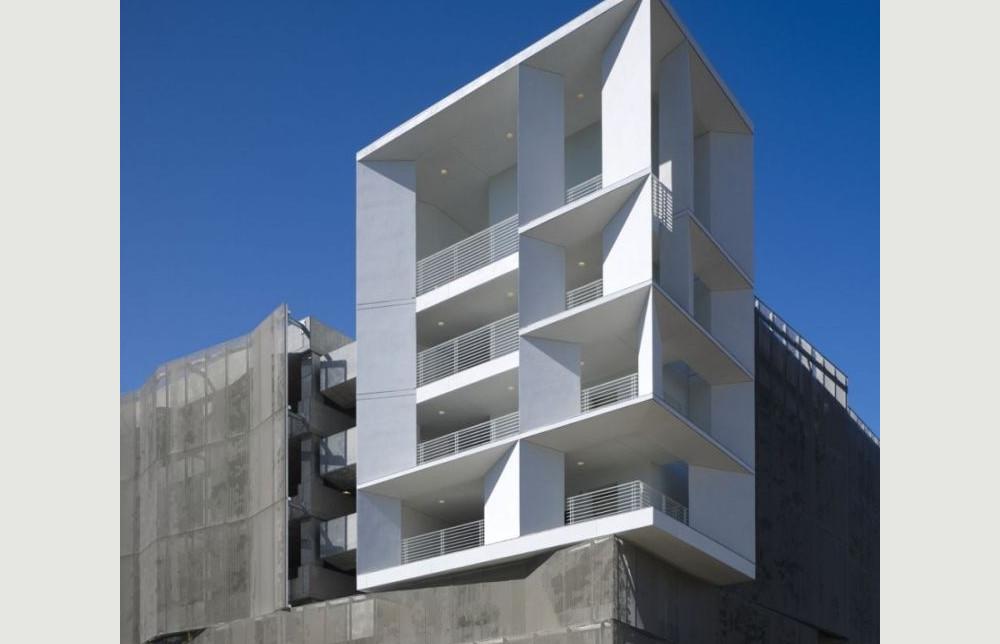 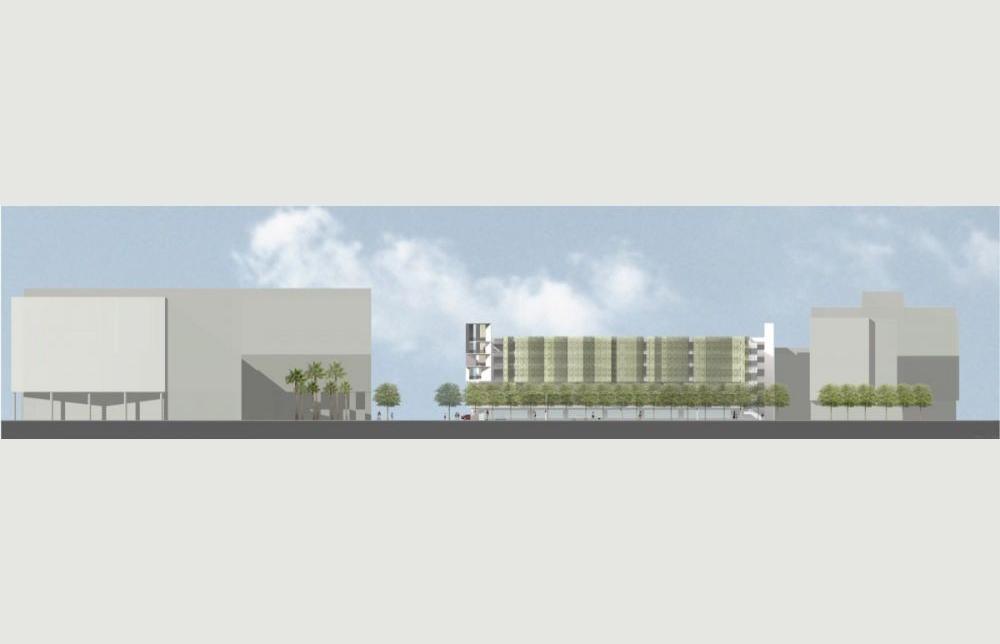 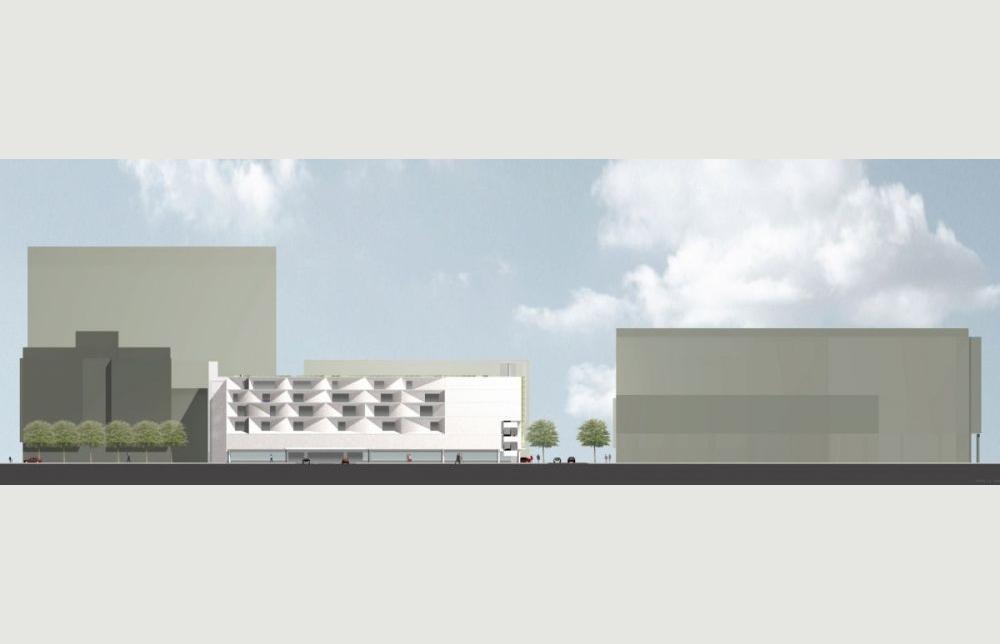 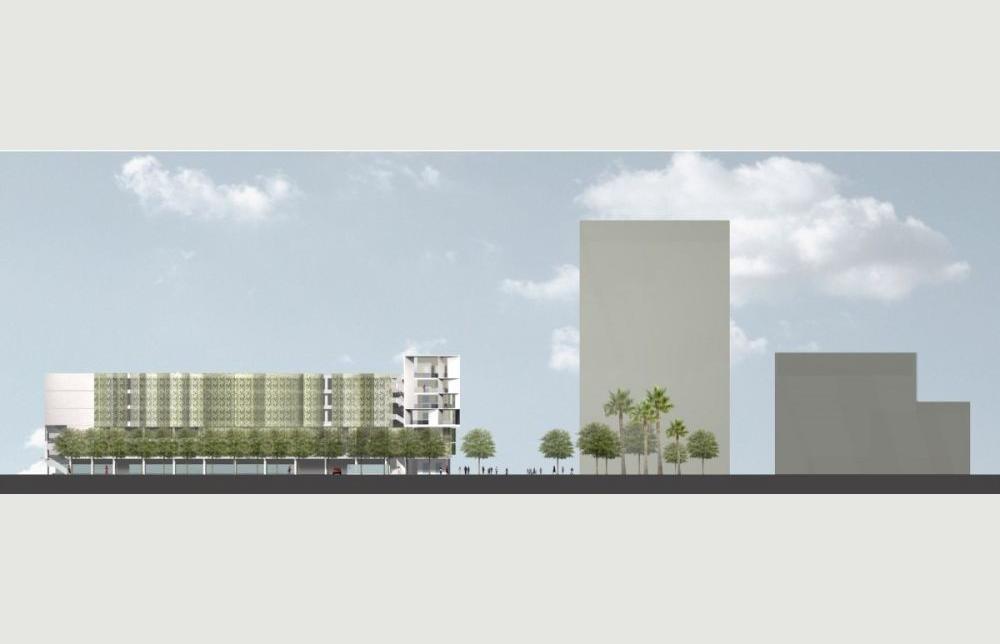 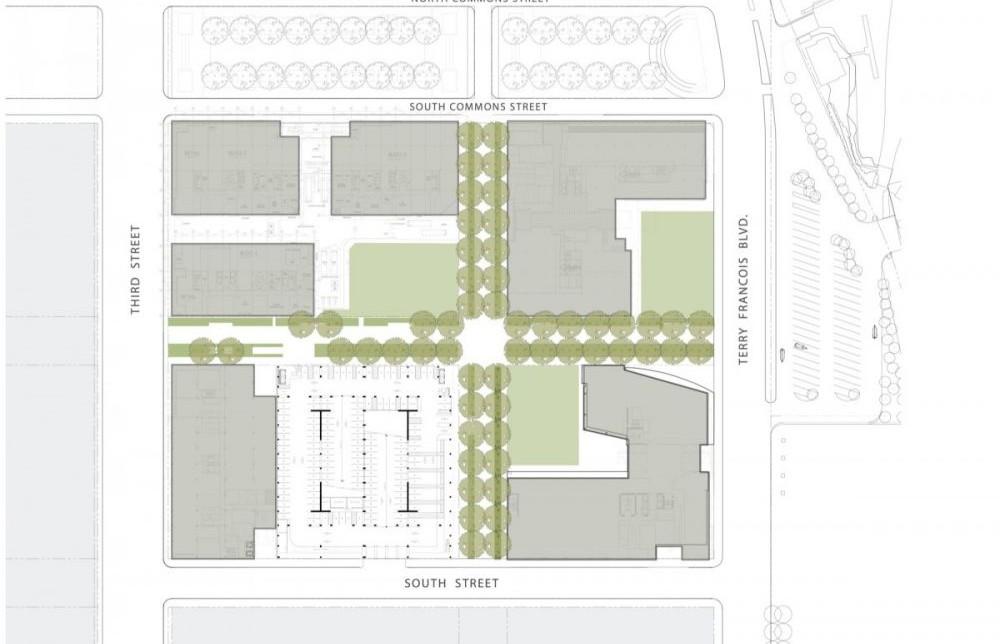 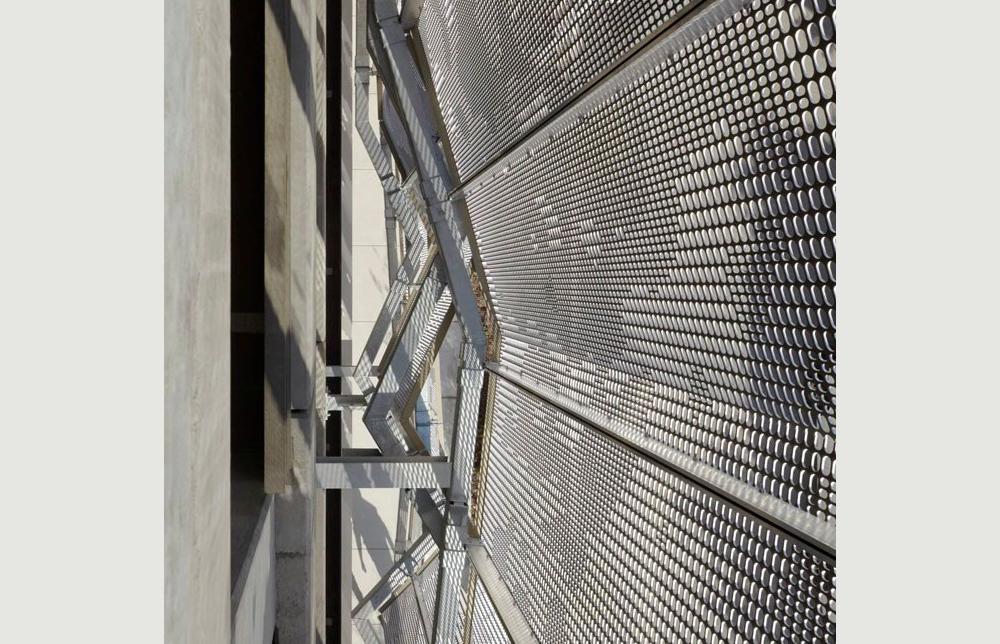 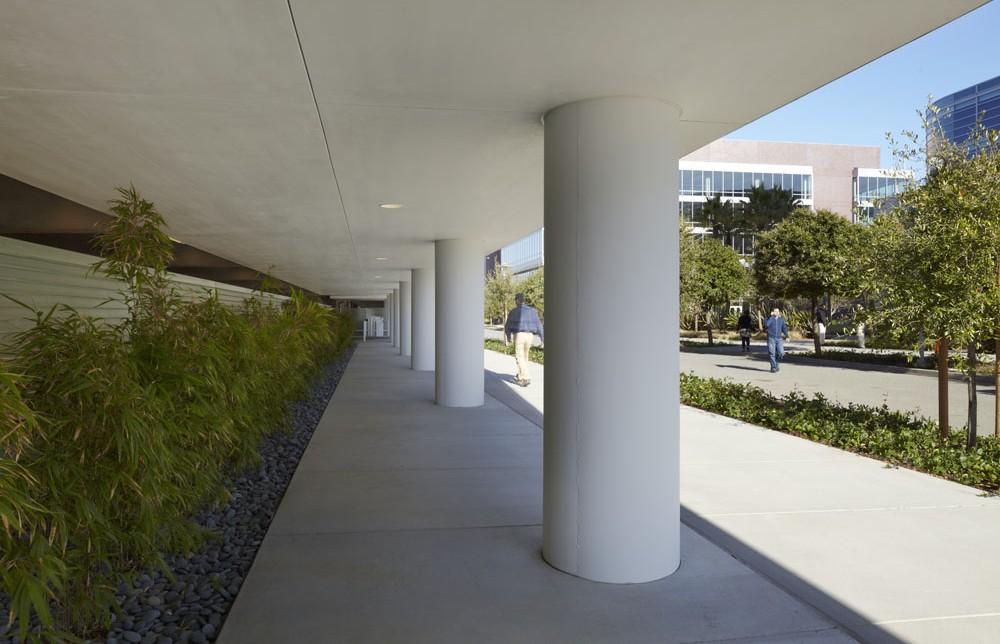 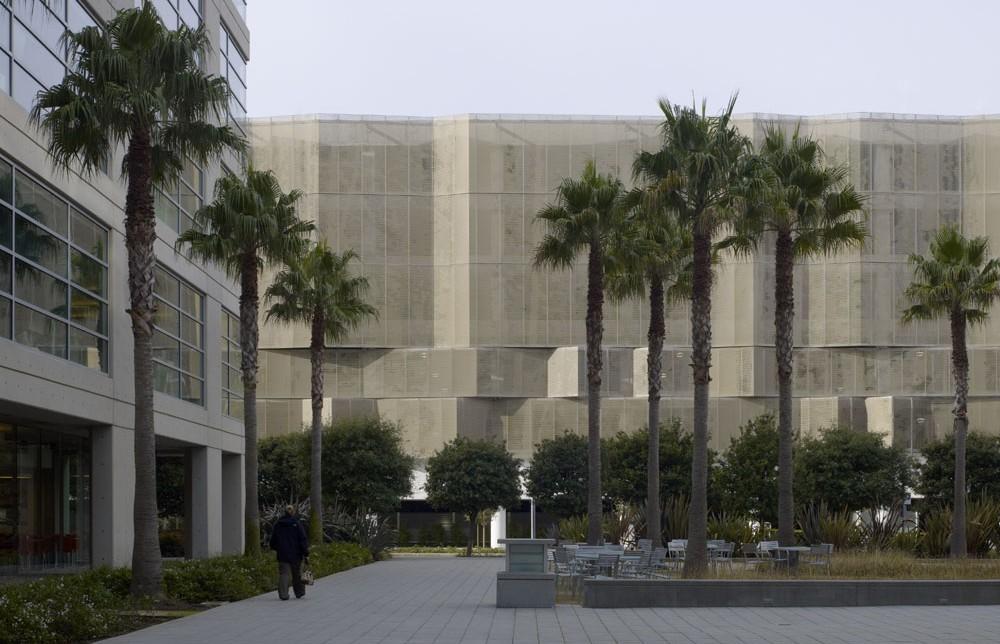 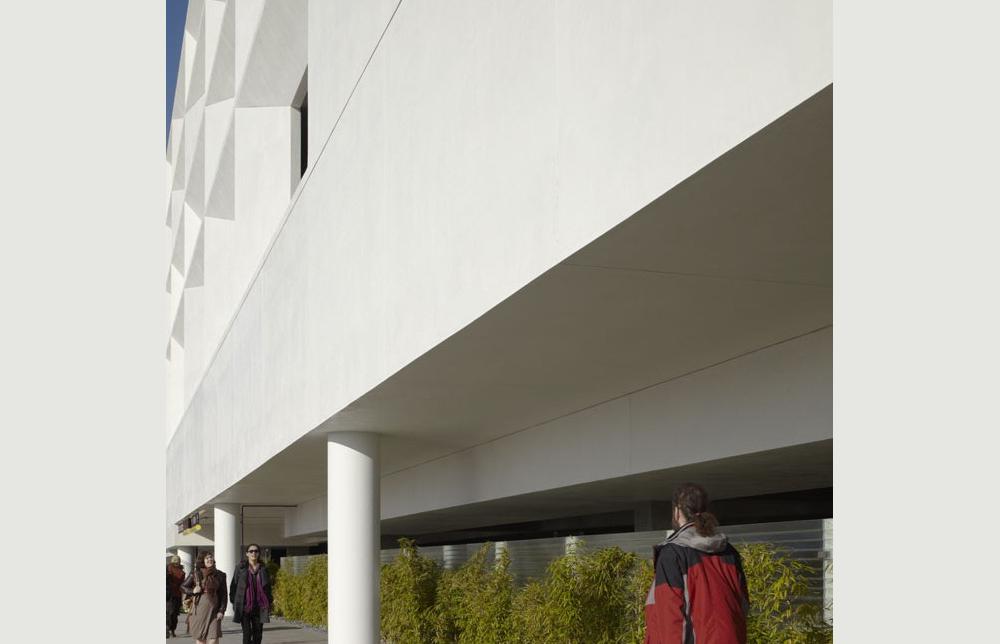 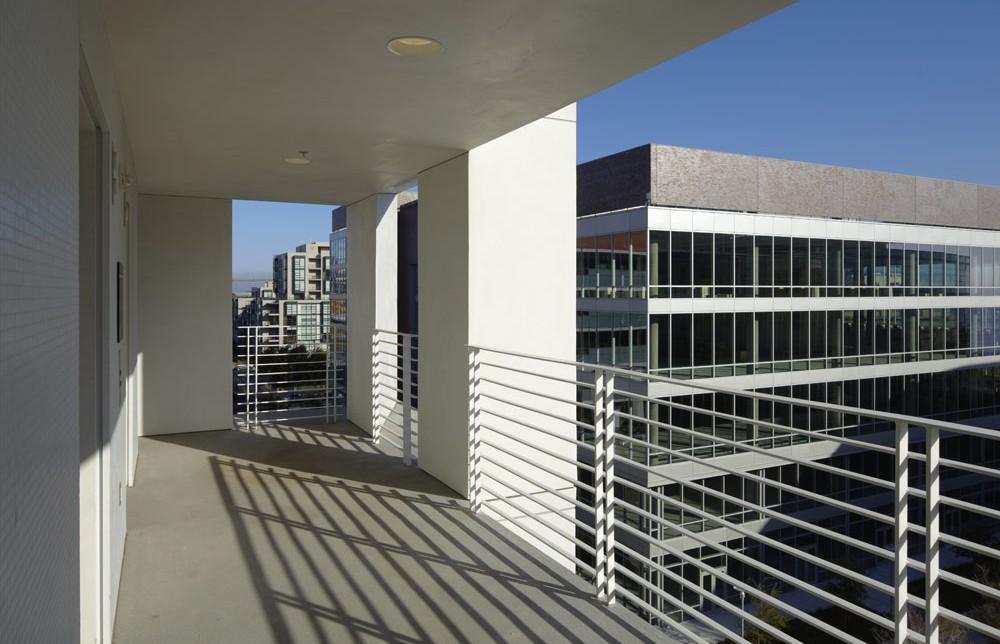 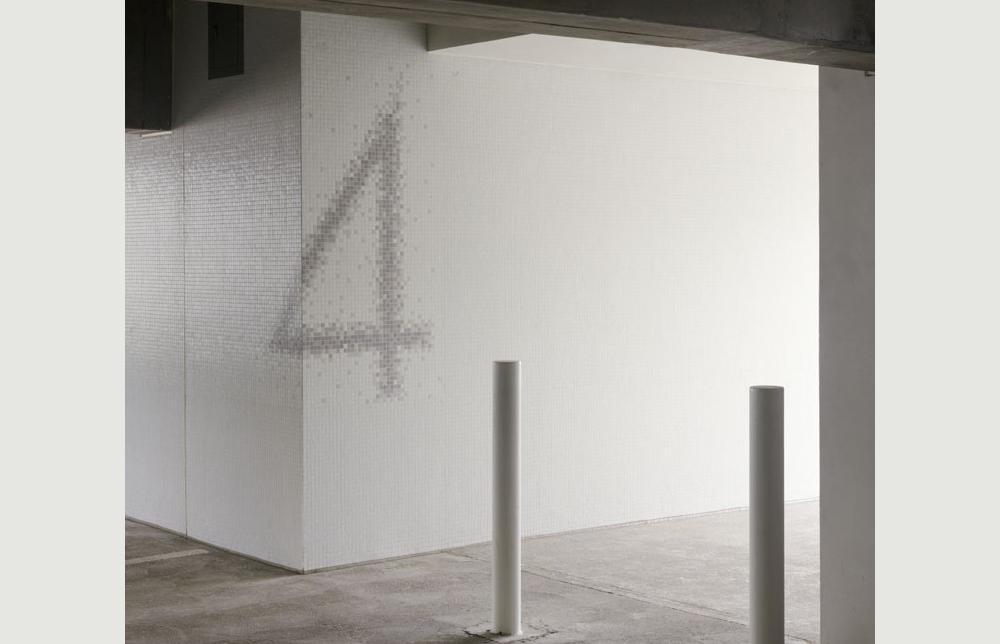 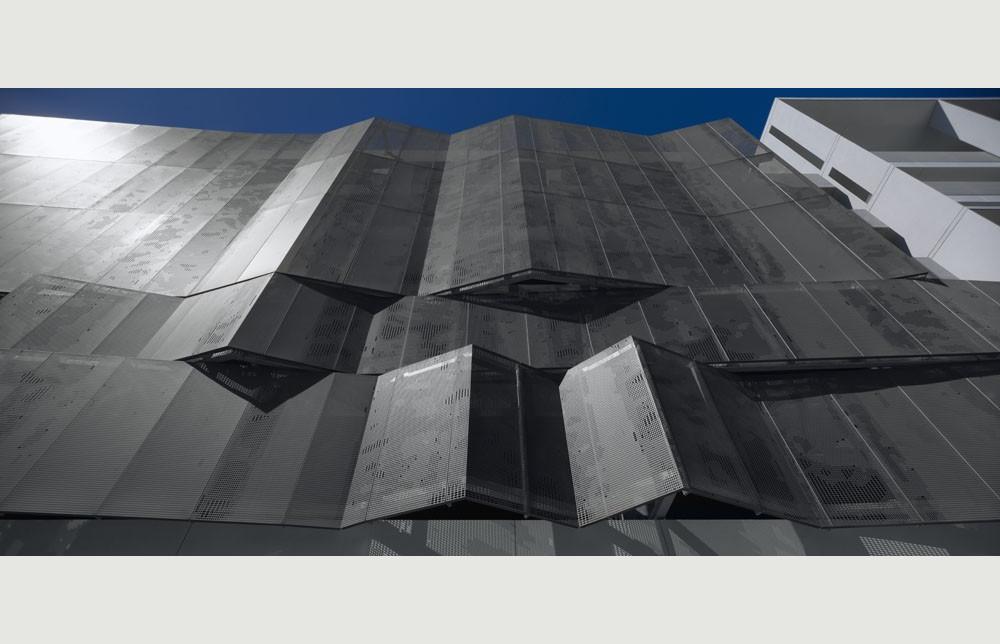 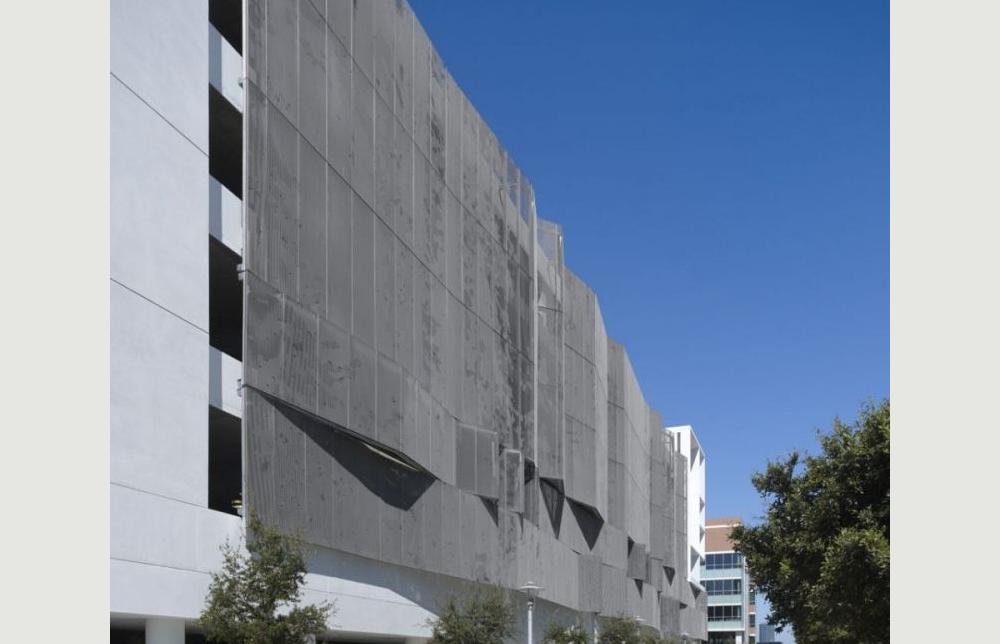 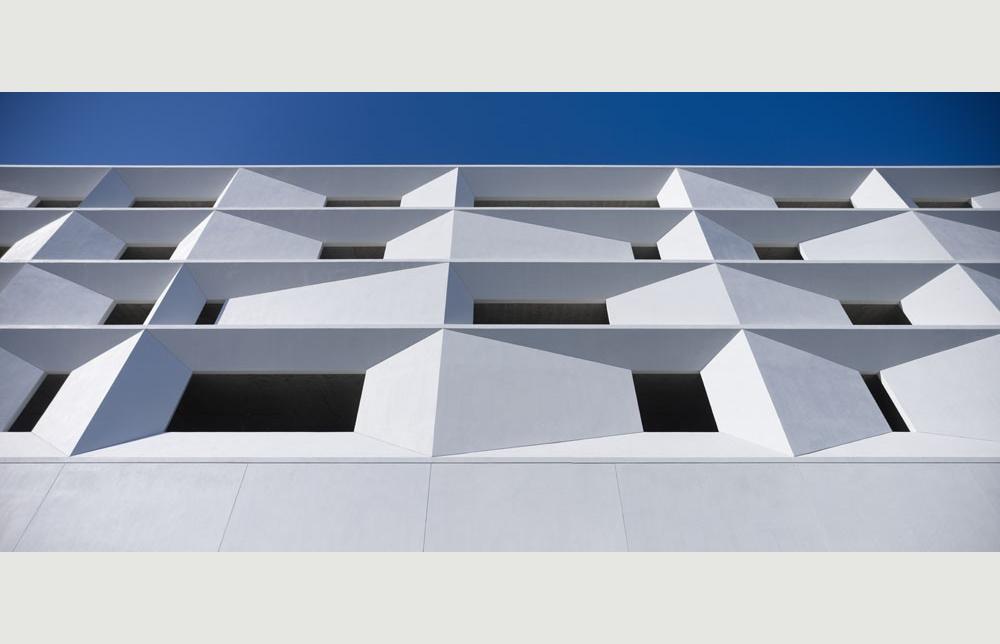 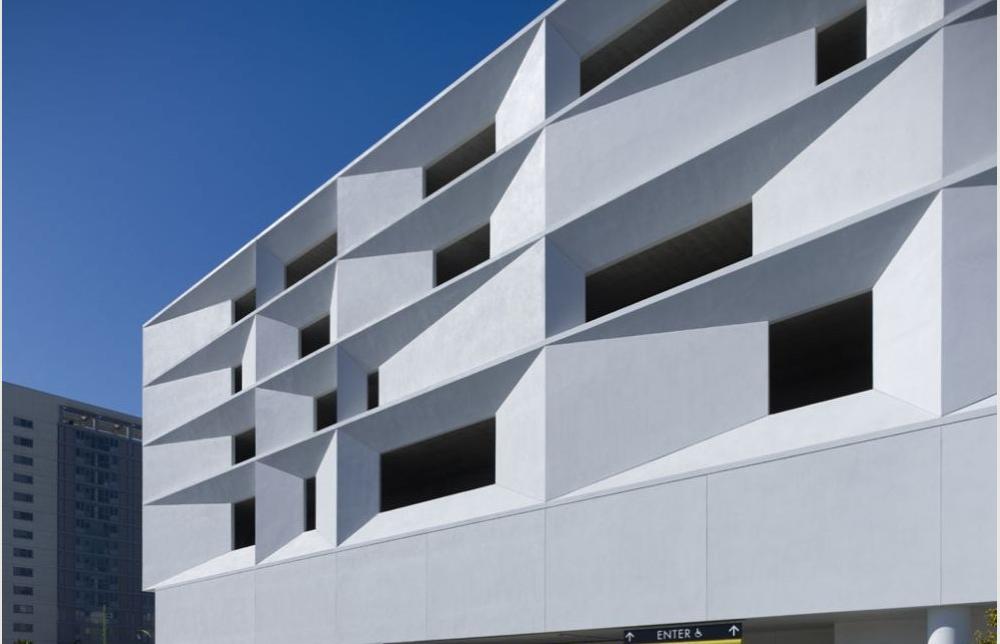 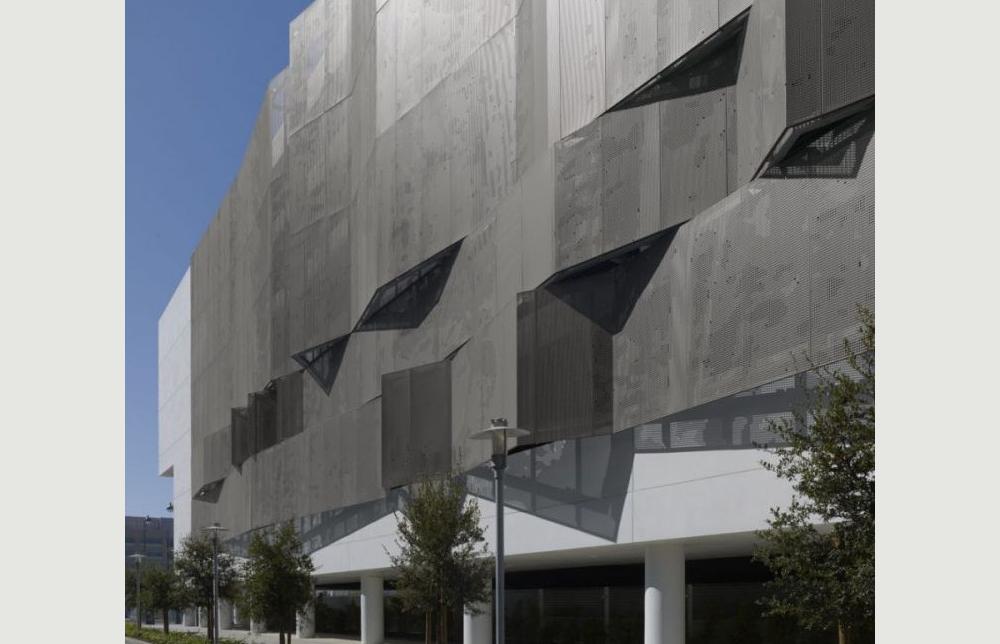 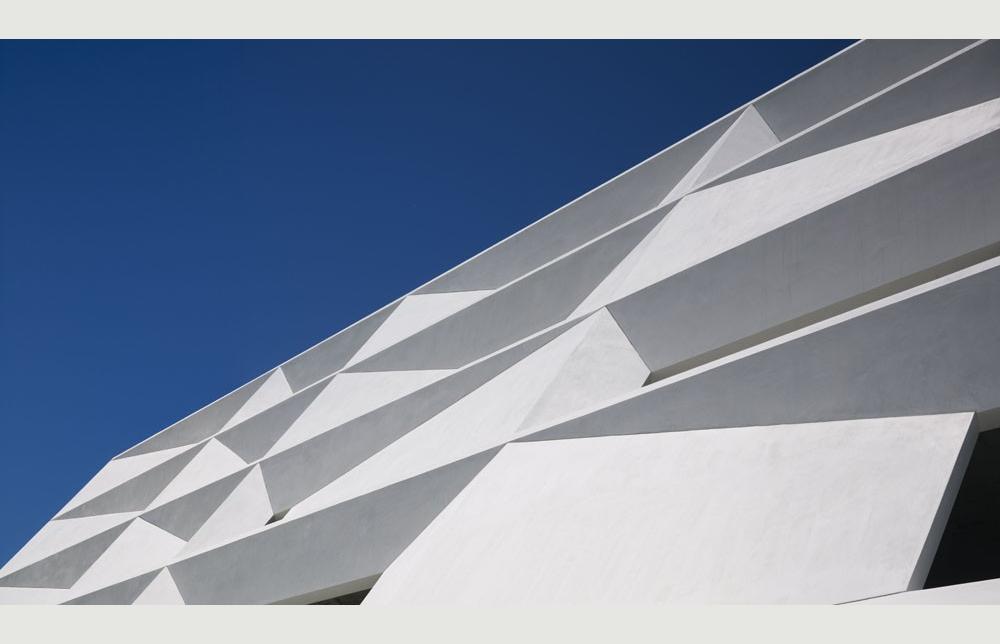 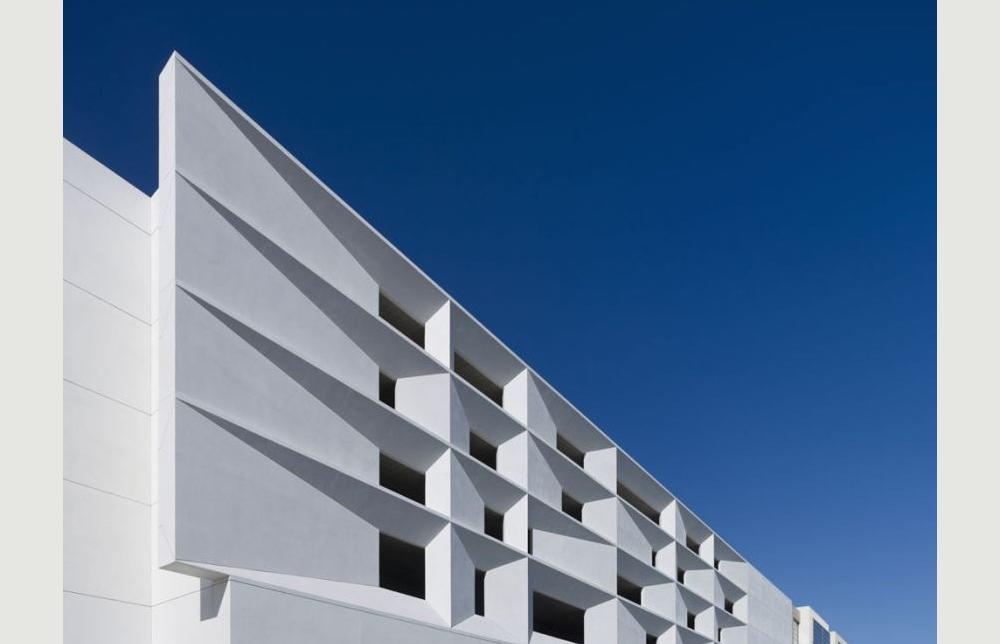 Serving the laboratories and offices of San Francisco’s Mission Bay, this 1,420-space parking structure on seven floors inflects in scale and texture to its emerging urban context. The south elevation captures sunlight and shadow at the city scale in a deeply canted plaster mask. Its openings extend and narrow, echoing the bustling traffic of Third Street. The weighty mask appears to float; beneath it, a recessed walkway shelters the pedestrian not only from the elements but also from the vastness of the yet-to-be-completed redevelopment zone. In contrast, the north and east façades, which face public parks, are clad in perforated aluminum panels. Their pixelated imagery of California’s redwood forests evokes the filigree of the parks’ tree canopies at a finer, more personal scale.