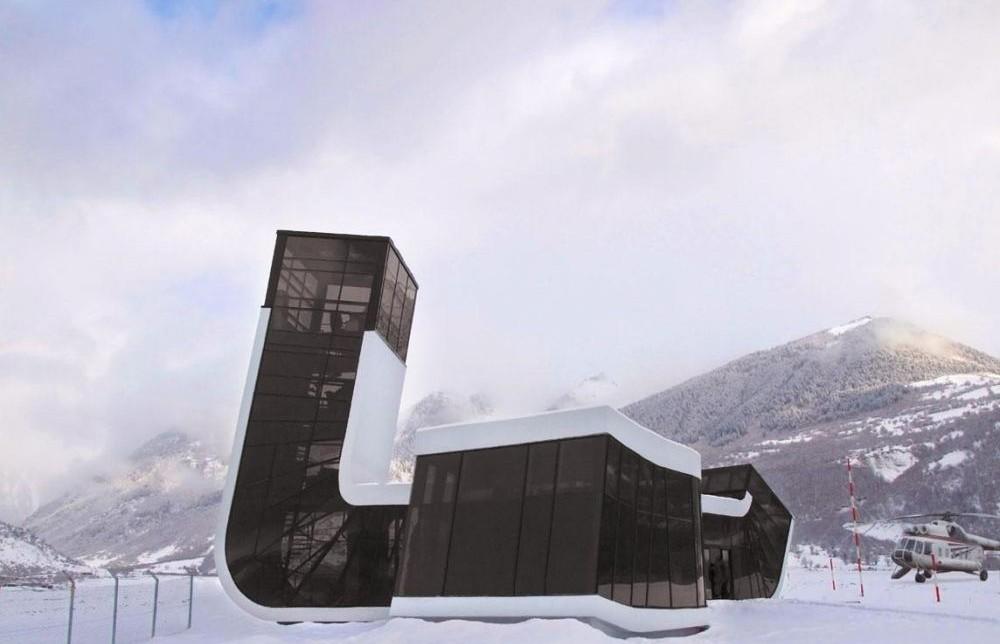 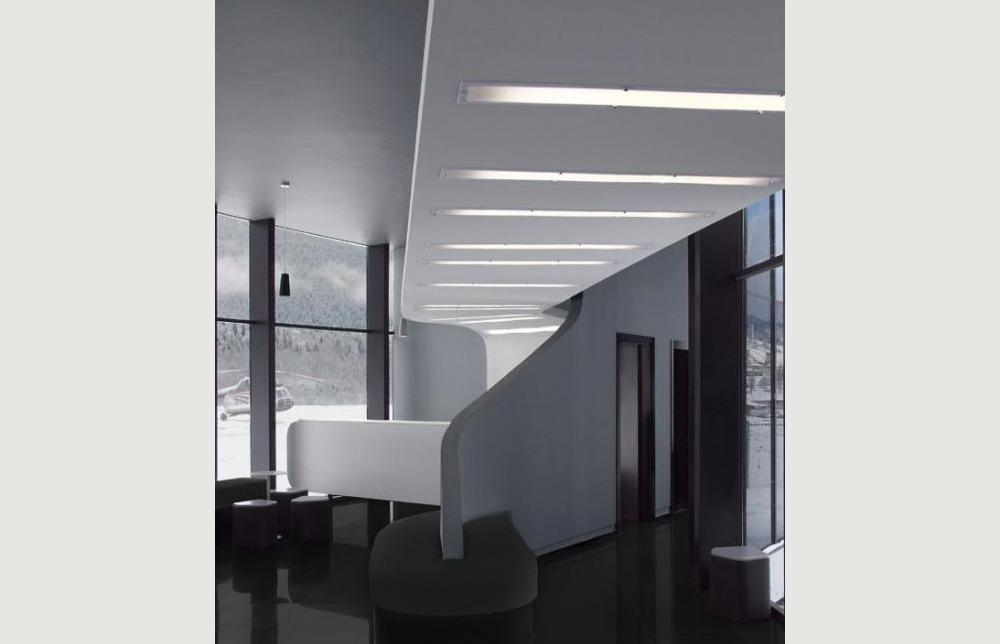 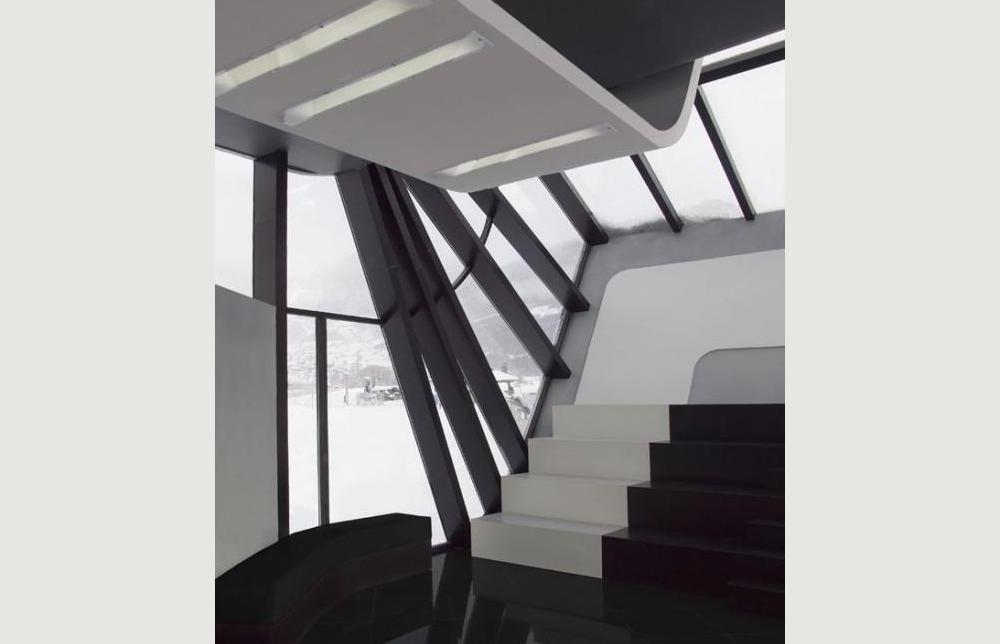 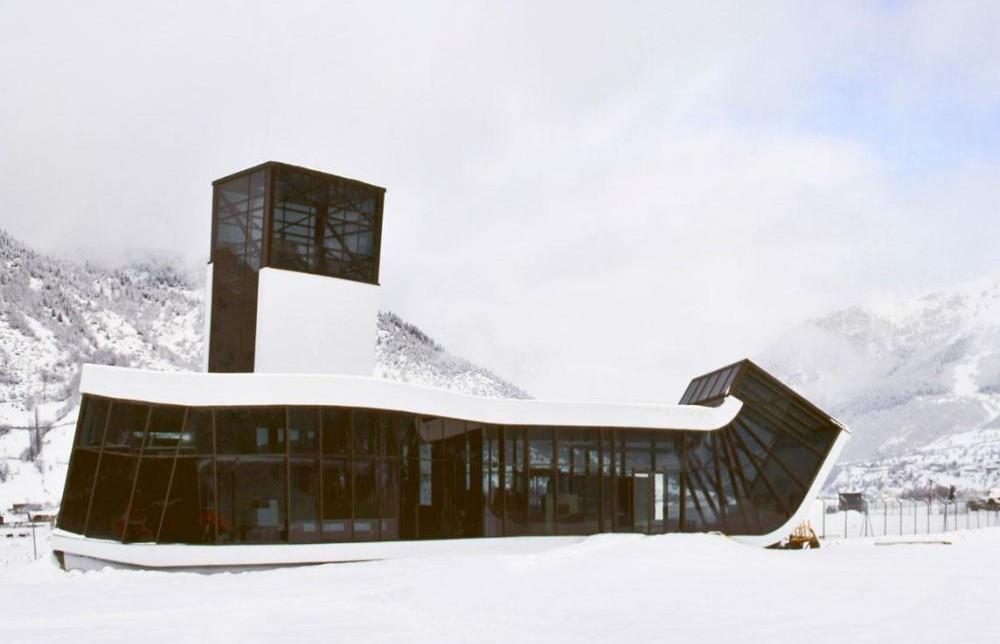 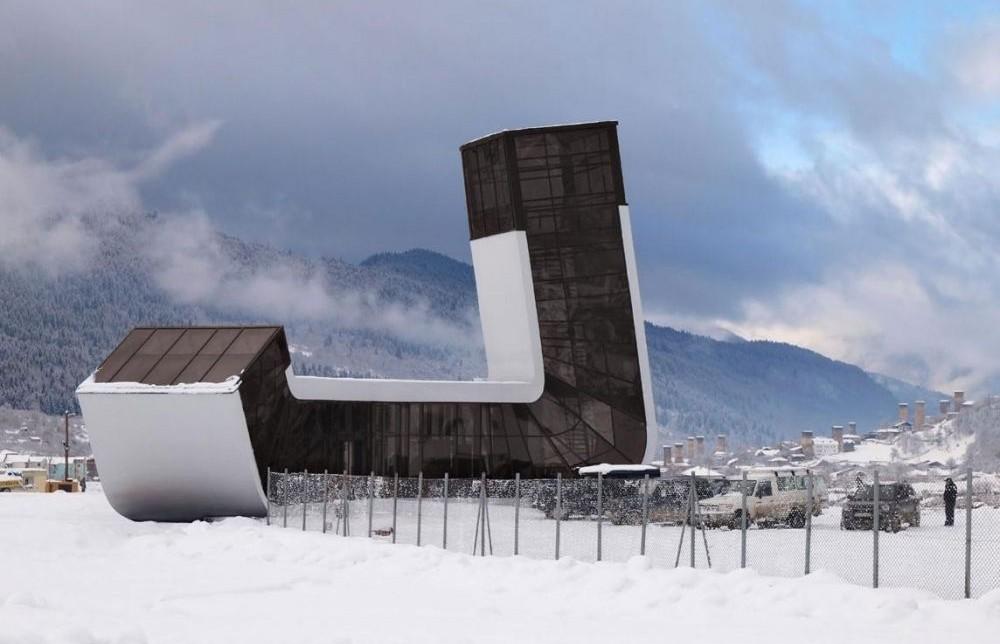 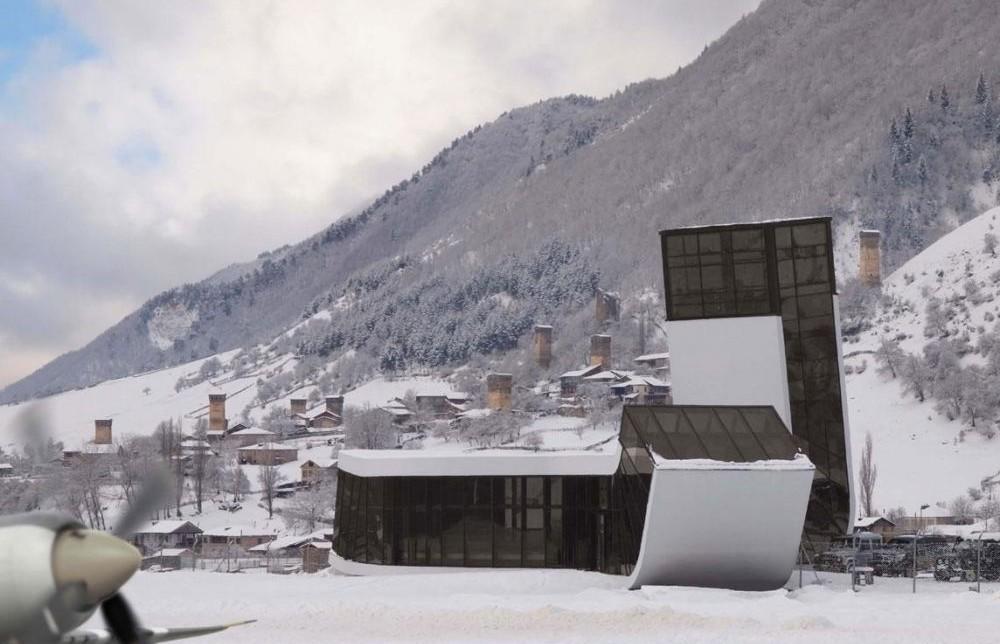 It is a V-effect worthy of its name: you hear “airport” and think of something grand and imposing. But then you see this small, alien particle, like debris from an ex-Soviet space station that was spared combustion in the ideological atmosphere of our era by the grace of history, and you cannot help but feel a kind of affection for it. It is remarkable how this specimen goes against the grain of the common interpretation of its typology, which embodies function and system like hardly any other. This Terminal Folly appears like a hitherto undiscovered, alternative happy ending to “2001: A Space Odyssey”, in which Kubrick allows the failure of the space mission to culminate not in Nietzschean heroism, but in prosaic slapstick: a first-generation robot that collapsed on its first attempt at walking has reprogrammed its software so as to be able to forge on regardless of the limitations of its locomotor system. The fact that the prosthetic vehicle also reflects the numerous tower buildings in the vicinity makes it an instant monument to situational contextualism. In an era where power-conscious potentates in the new and old tiger states love to use architecture as a three-dimensional representation of their ambitions, this little trouper provides charming proof of the power of weak form architecture. It is an architecture that is not besotted by its supposed significance (the flip side of whistling in the dark of its dreaded irrelevance), but instead capable of playfully working through its doubts about its own identity and relevance in an era increasingly grounded in uncertainty, and producing an original and contemporary form of poetry from this fragile condition.