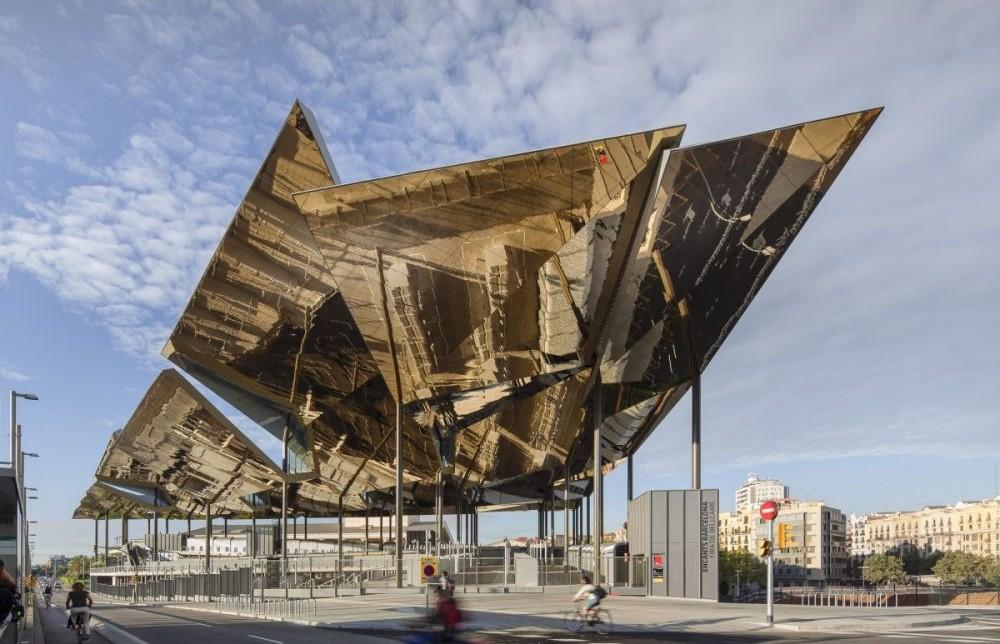 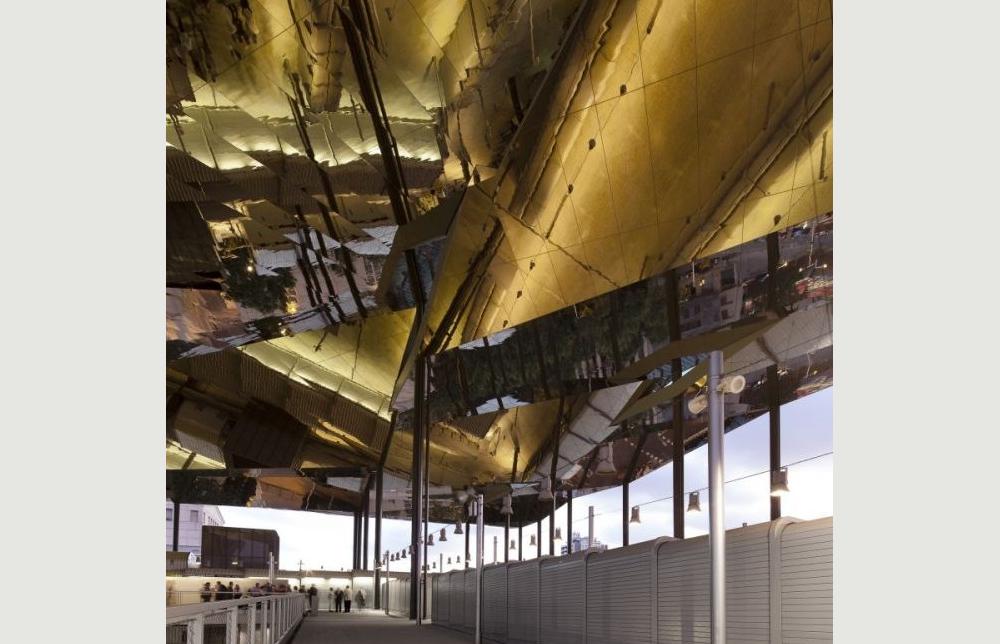 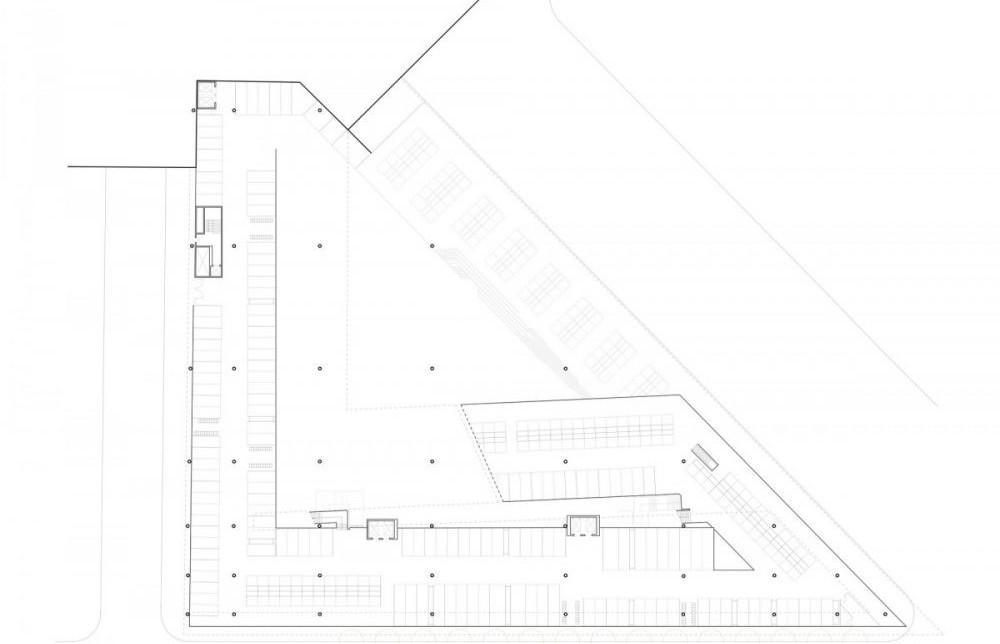 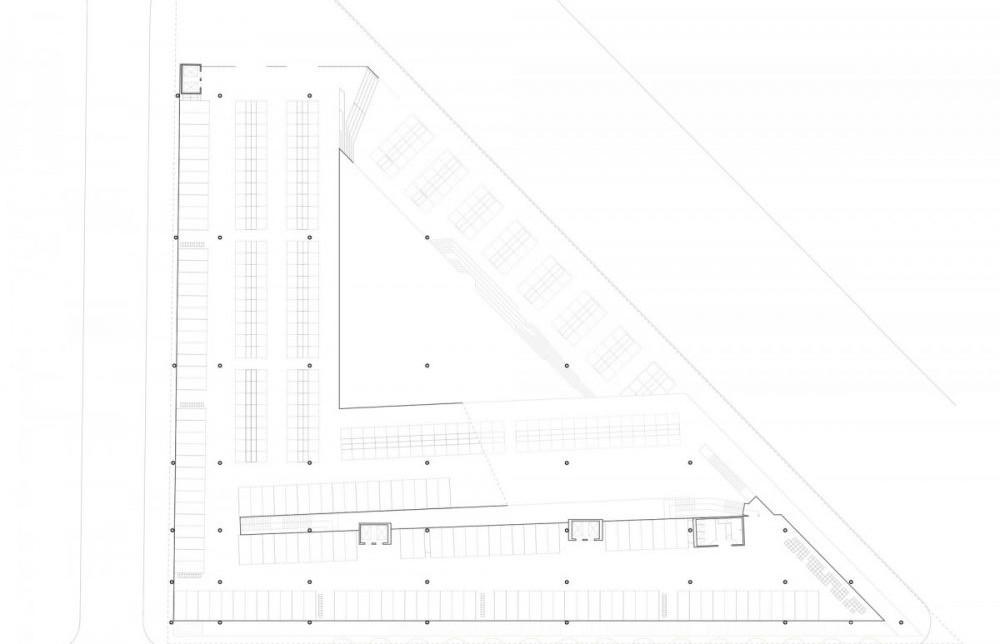 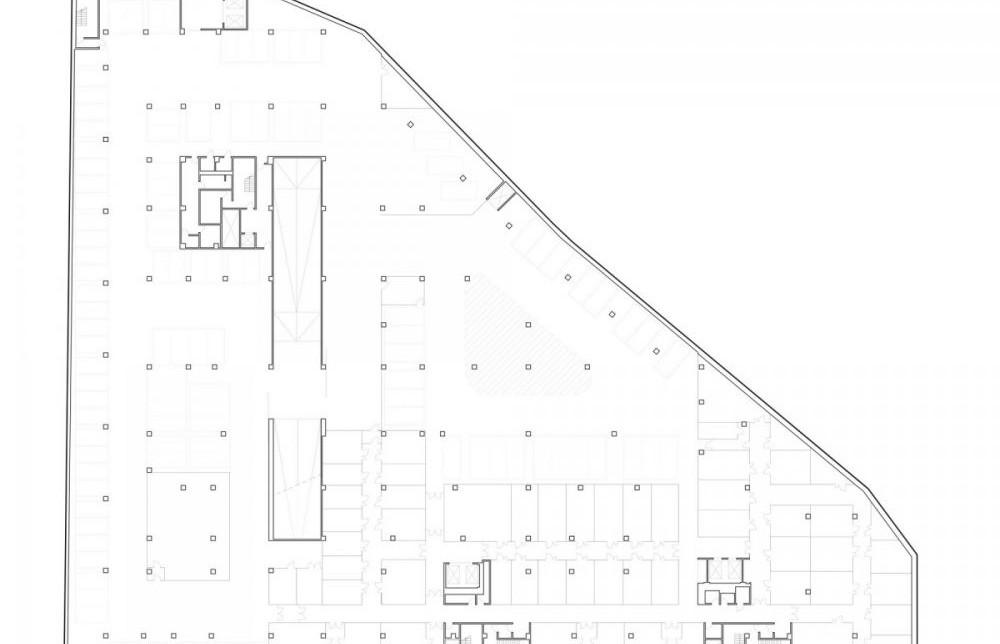 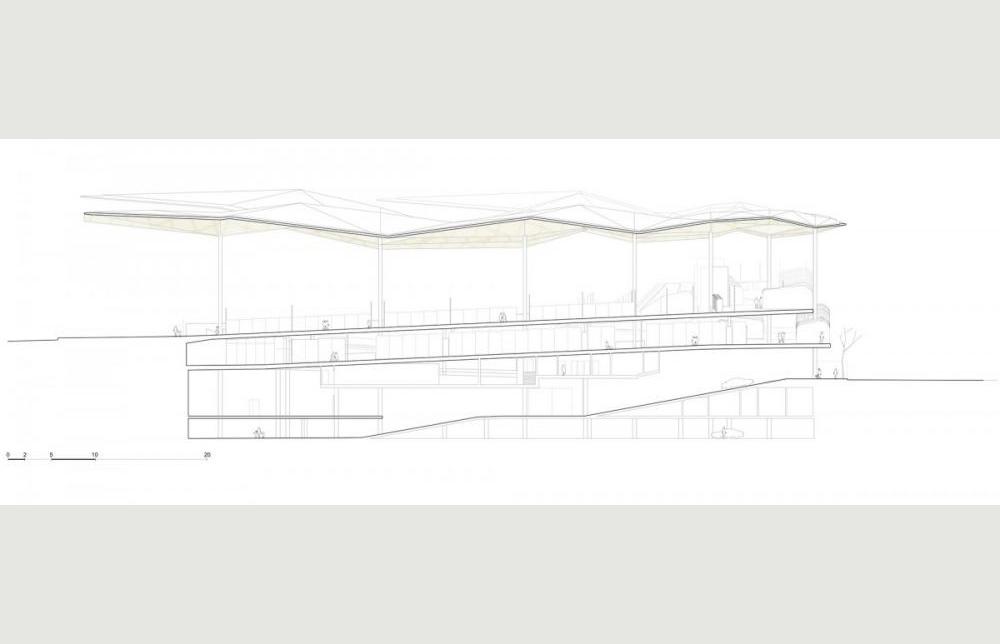 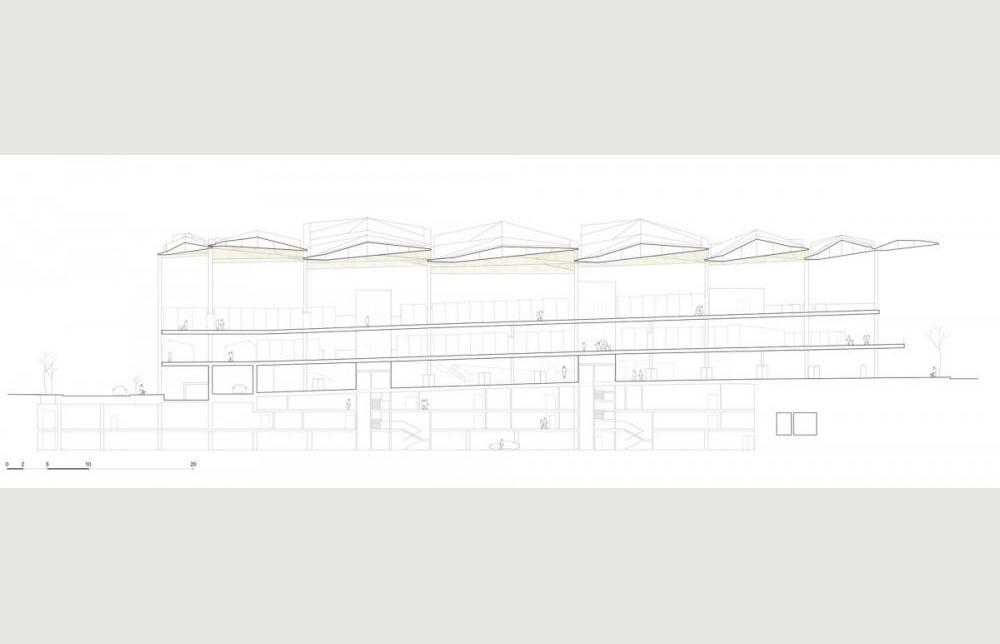 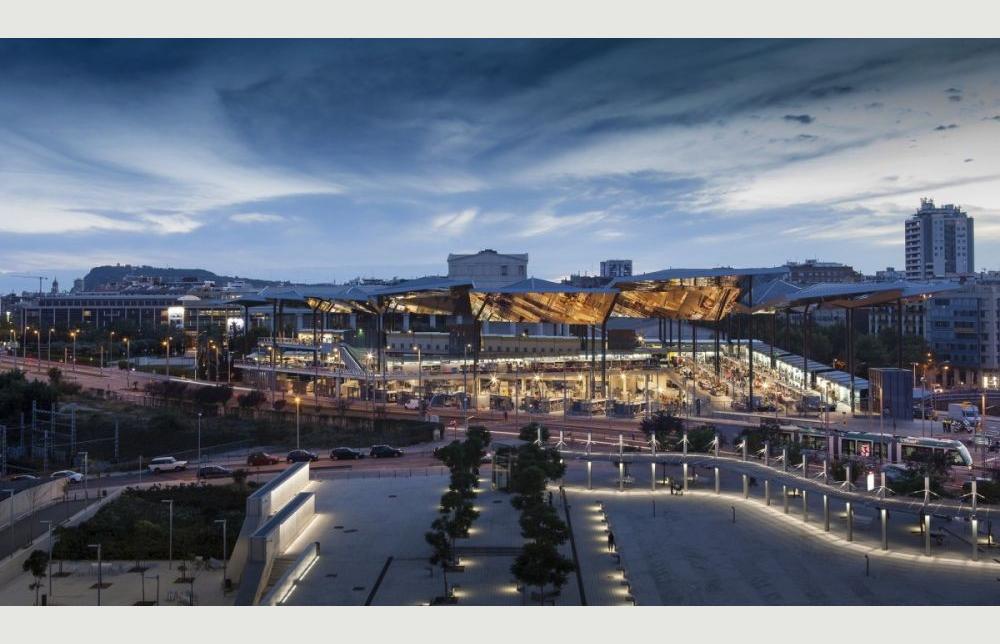 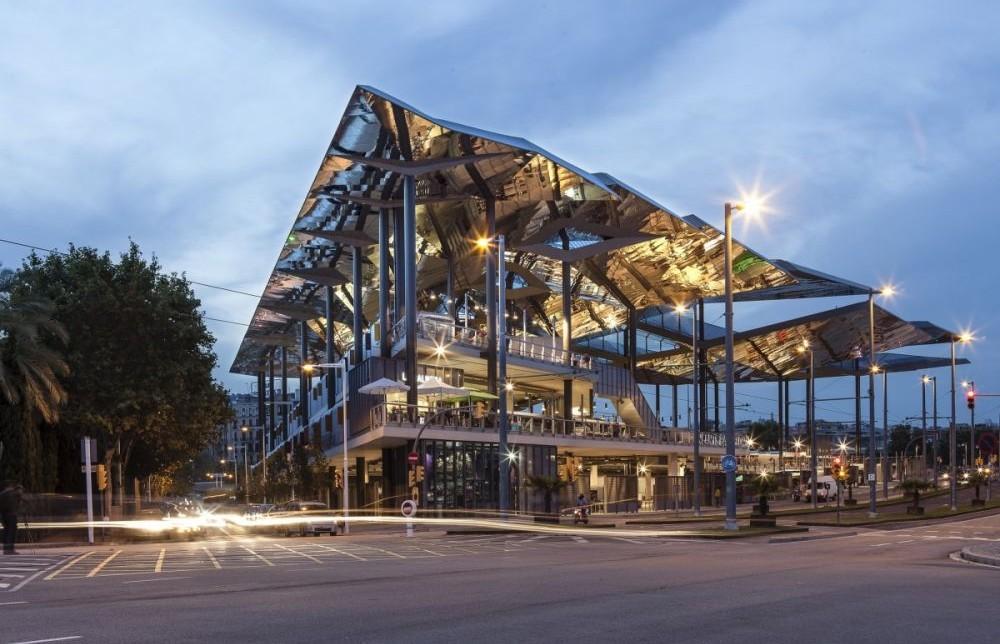 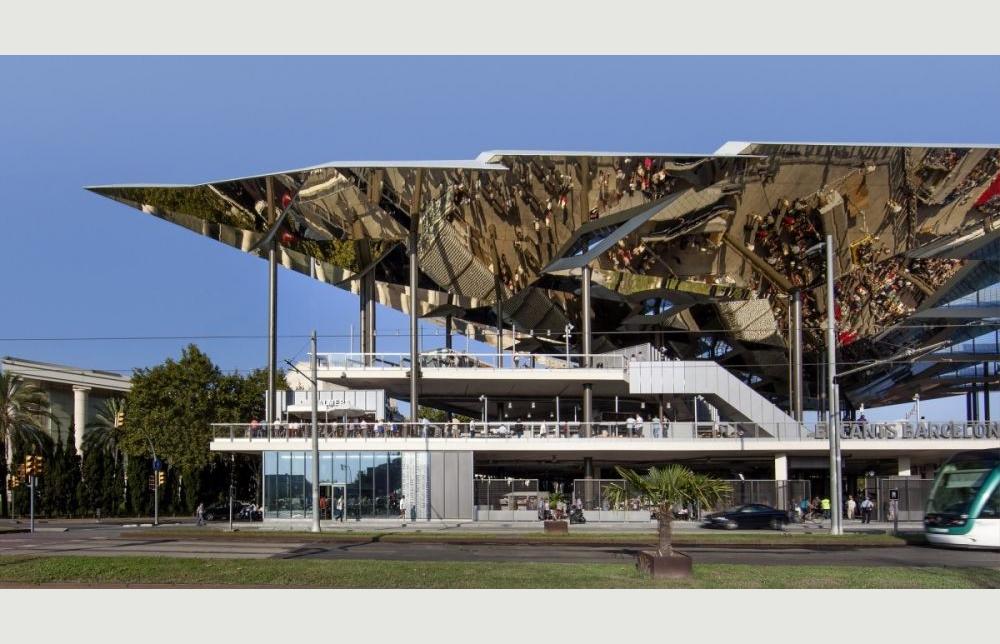 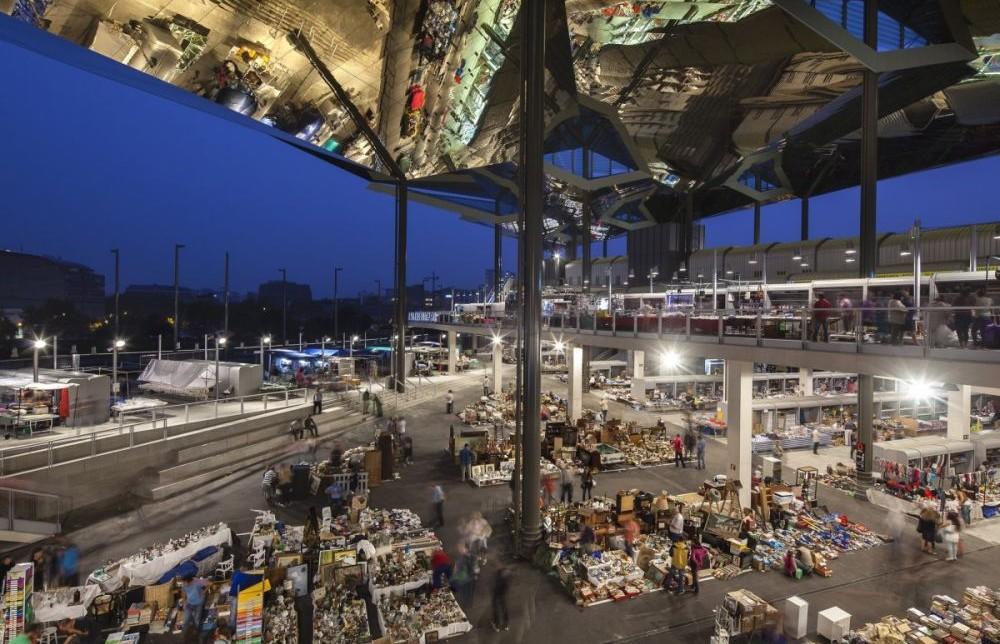 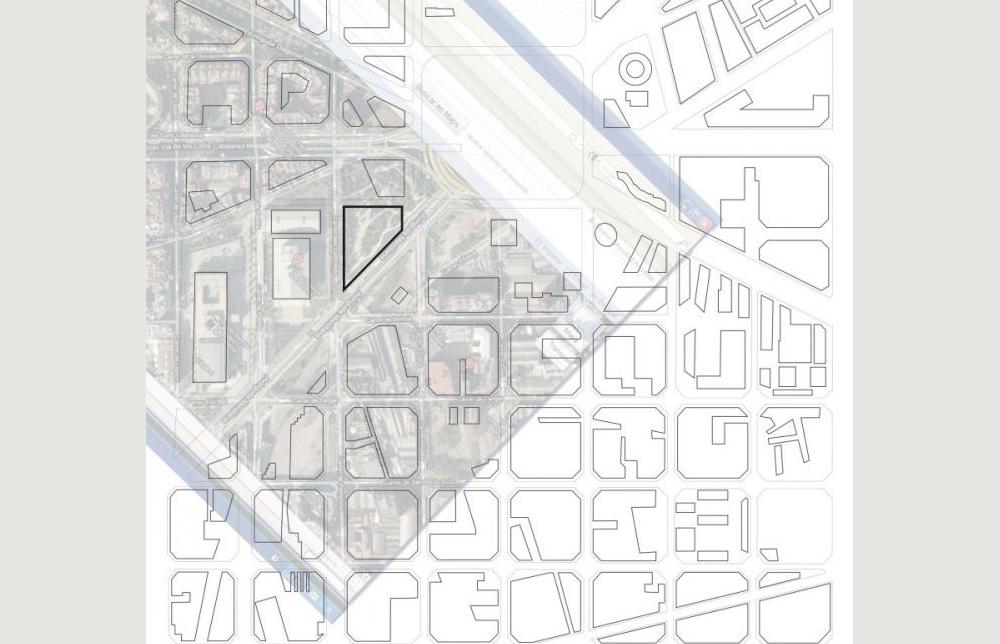 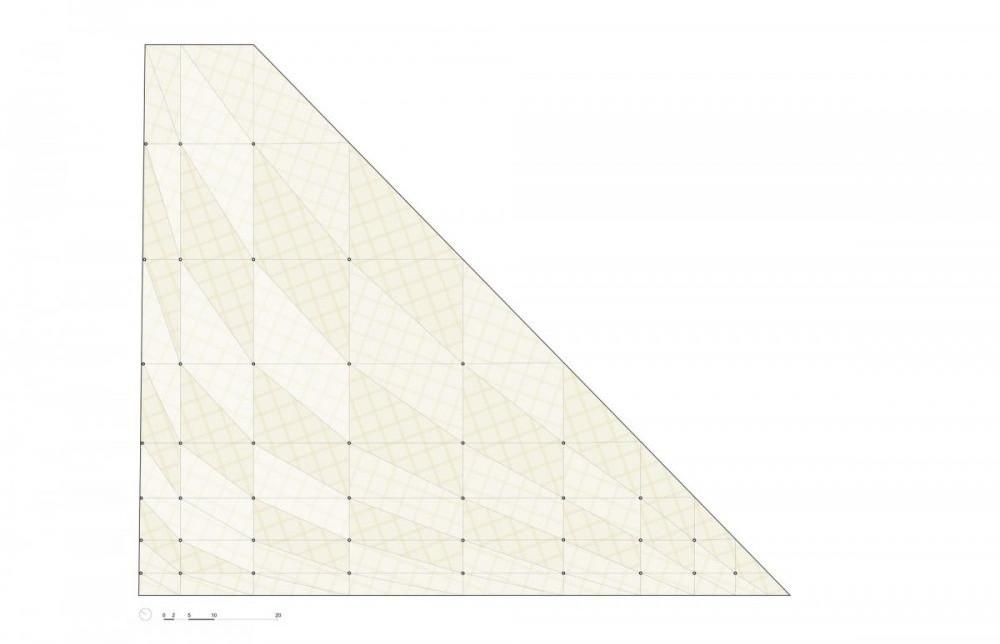 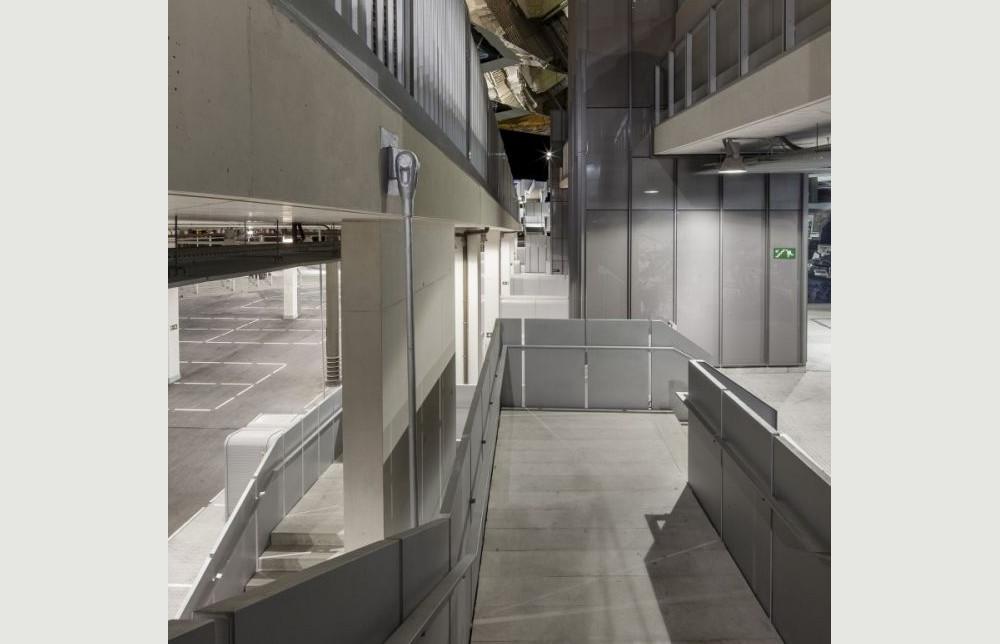 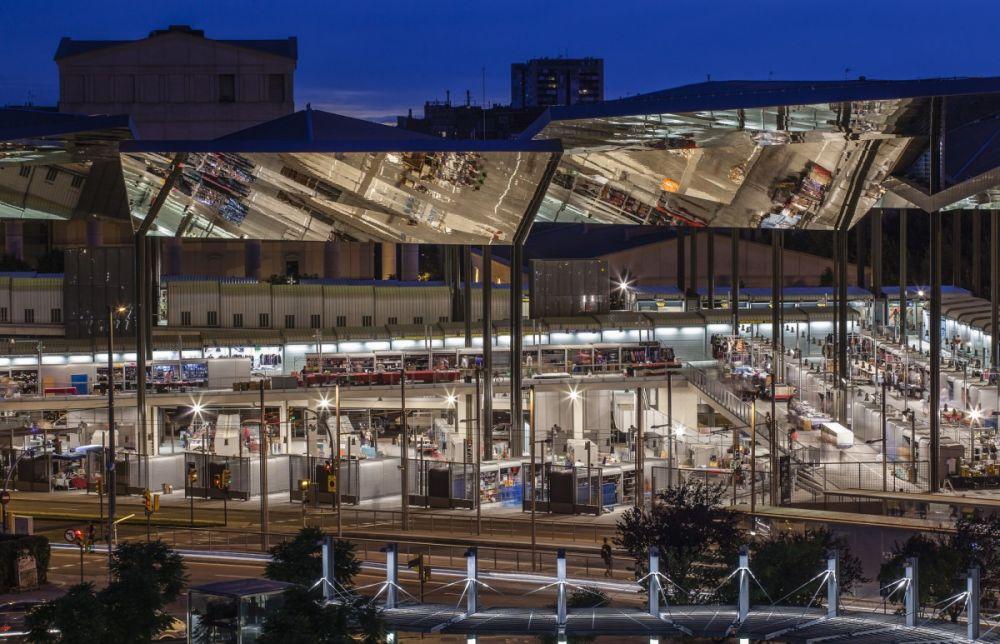 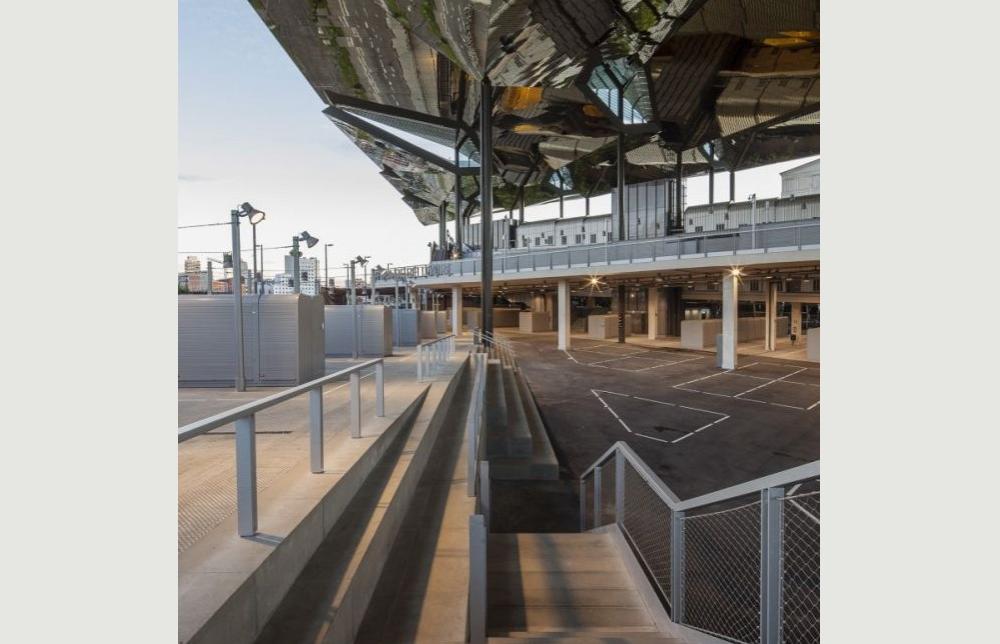 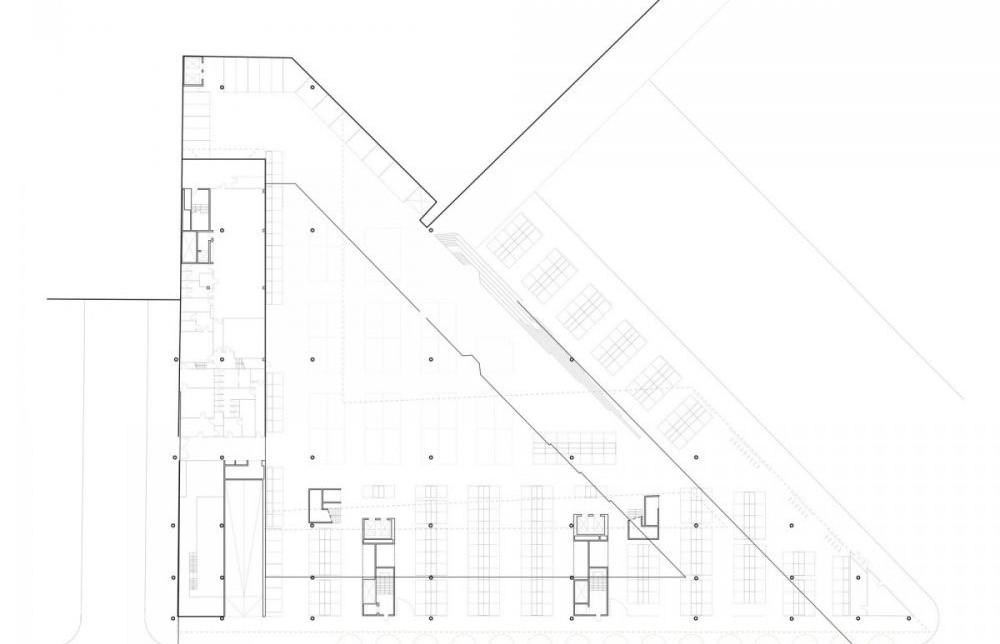 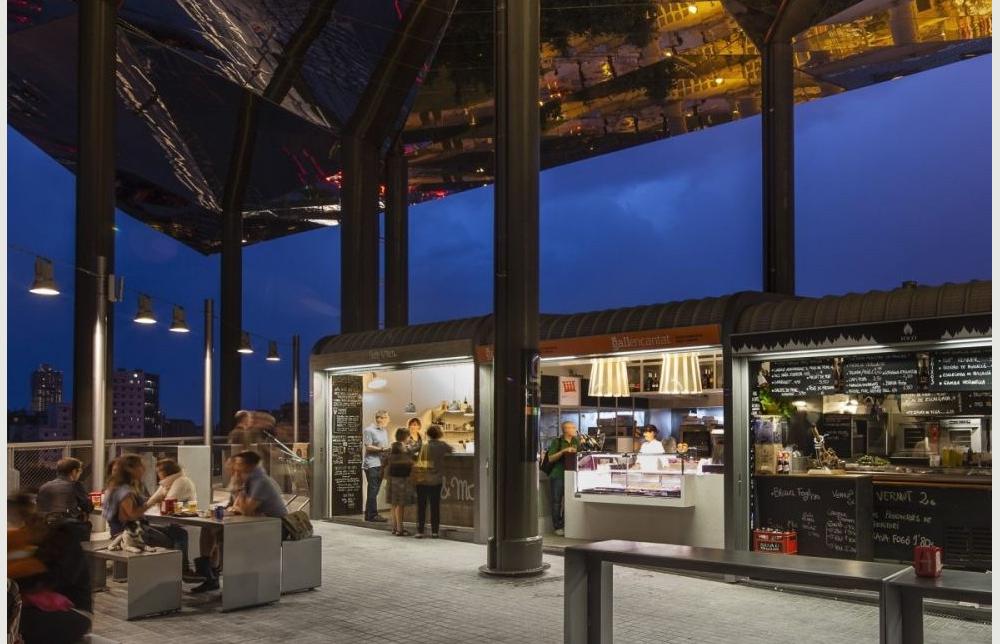 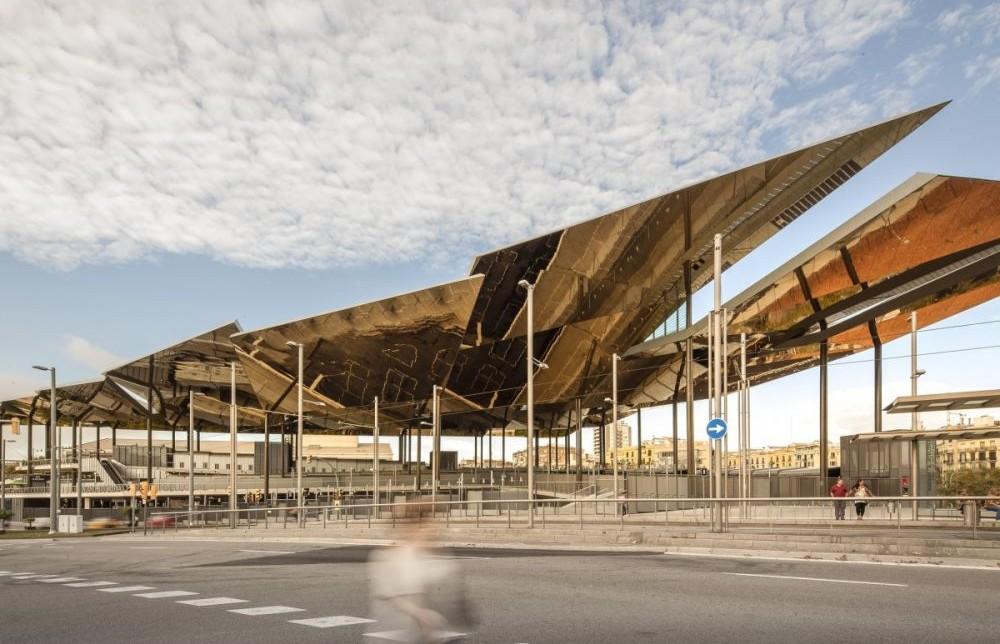 Els Encants in Barcelona is a centenarian marketplace, which has traditionally been set outdoors in an informal way. Its current location is not far from the market’s new grounds and is going to occupy the junction of Merdiana Avenue with Las Glorias Square. The project’s main objective was to maintain the open nature of the current outdoor market Els Encants.  The limited size of the new grounds (8,000 m2) was a great constraint, as the commercial programme was more than double that area.

Its design intends to avoid building multiple floors thus rejecting the model of a commercial centre. Instead of that, a continuous commercial area was designed, with slightly inclined planes intertwining and generating an endless loop which links stalls and small shops. The visitor’s experience is similar to a stroll through a pedestrian road. By bending the square deck, the different levels of the streets around the perimeter are reconciled; therefore the levels of the various entrances are blurred once inside the market.

The great casing suspended as a canopy almost 25 metre high is a prominent landmark and protects shopkeepers and users from the sunlight. The casing is arranged by variable-width bands. Its underside presents different inclinations and becomes a mechanism of reflection of the city into the market.

The building has two underground levels. The first one is for the logistic needs of the market and the second one houses a public car park for the users.