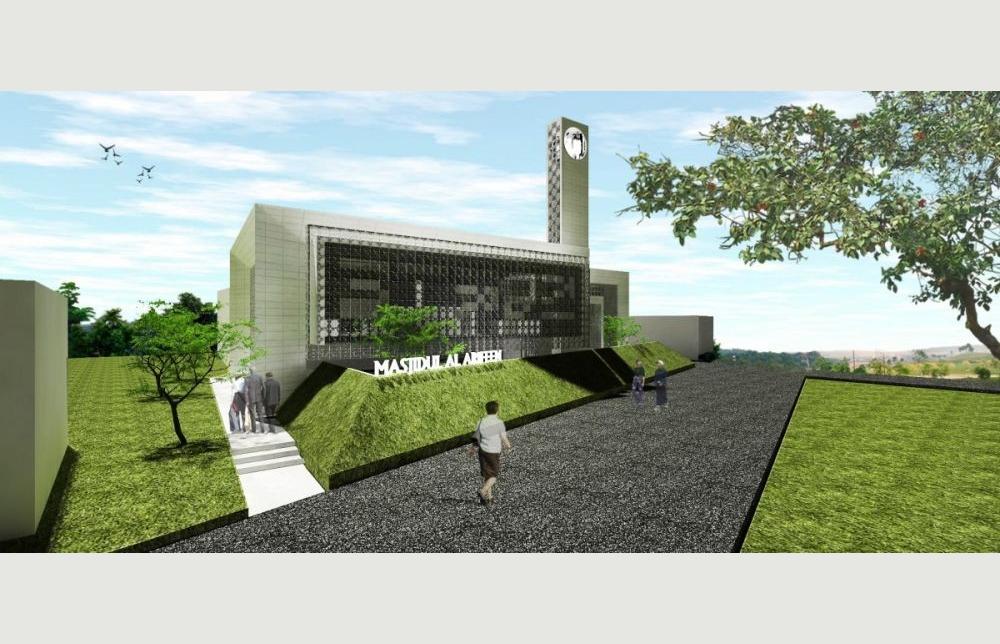 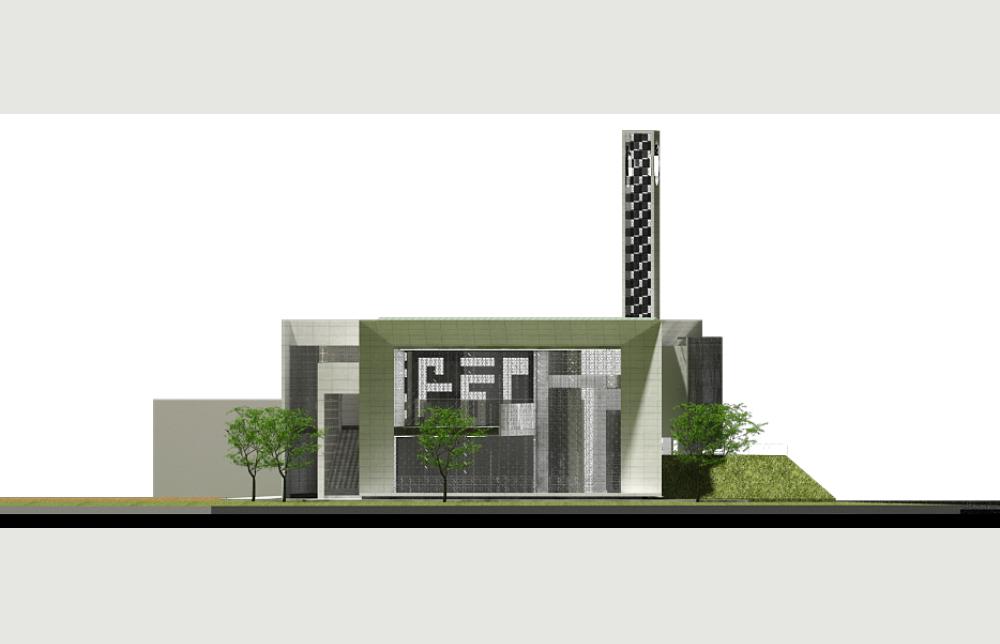 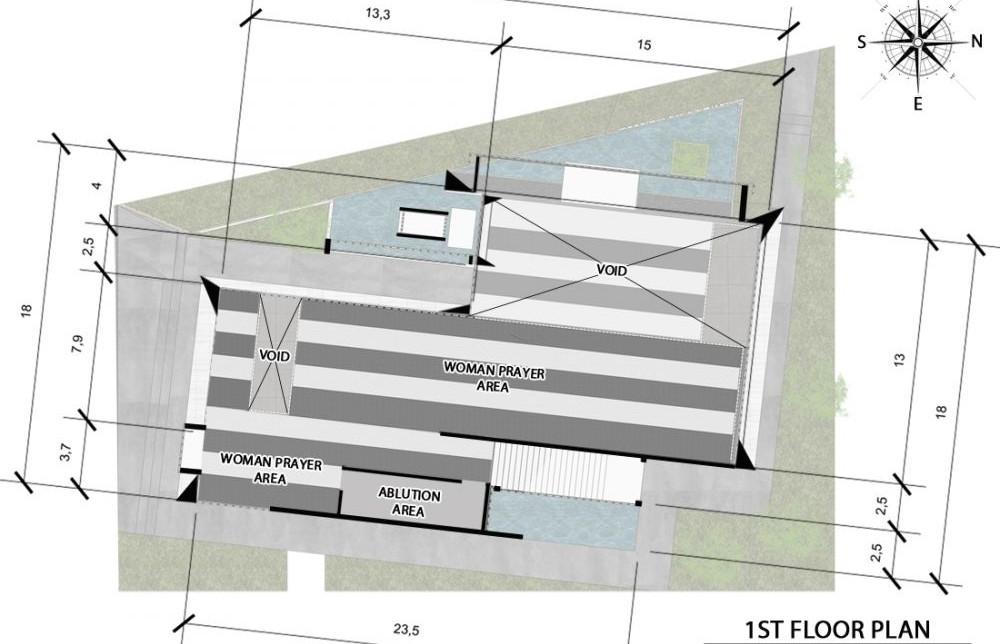 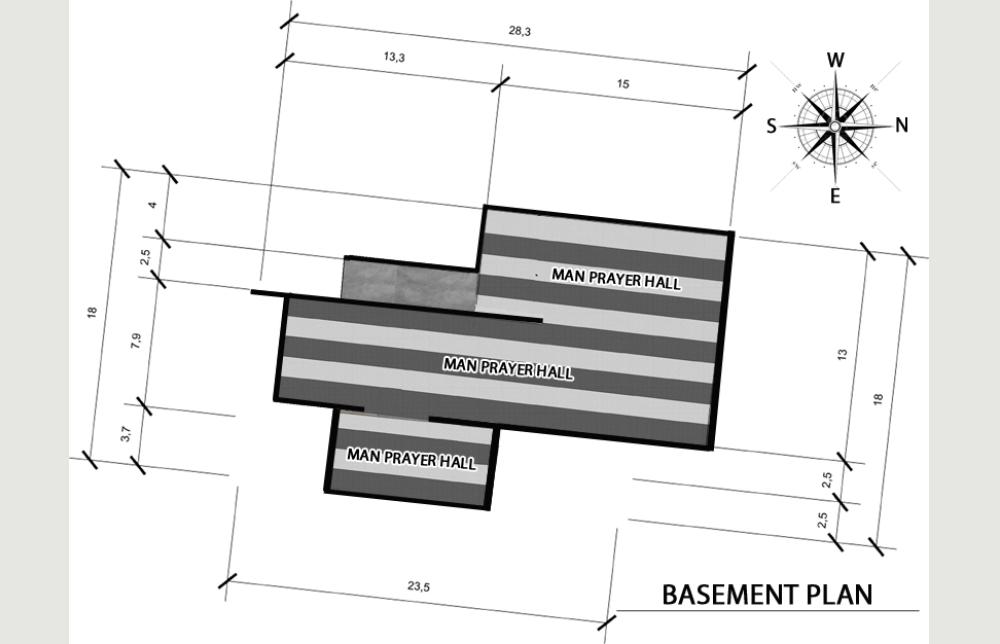 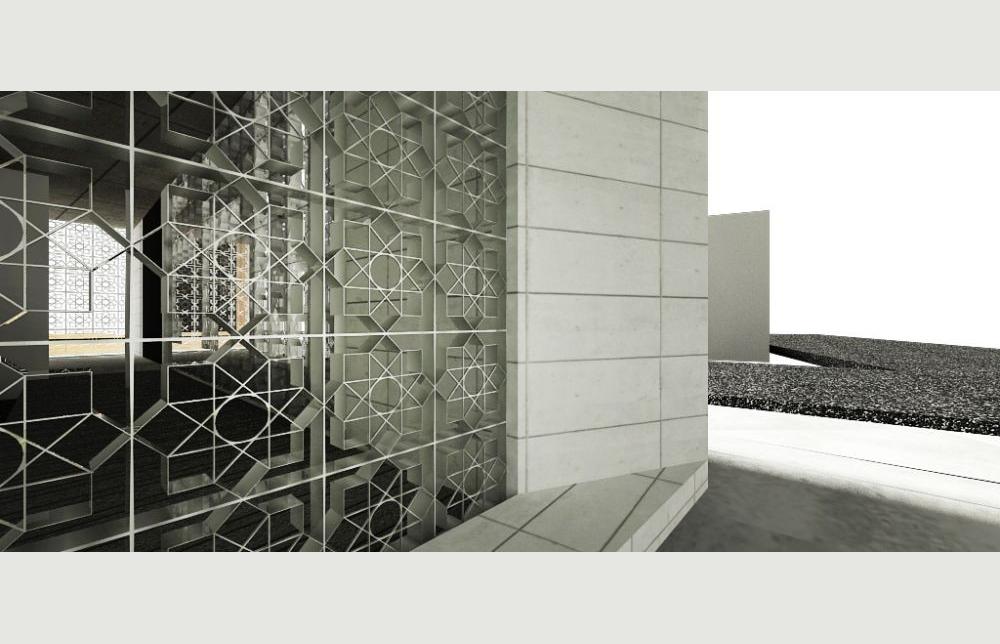 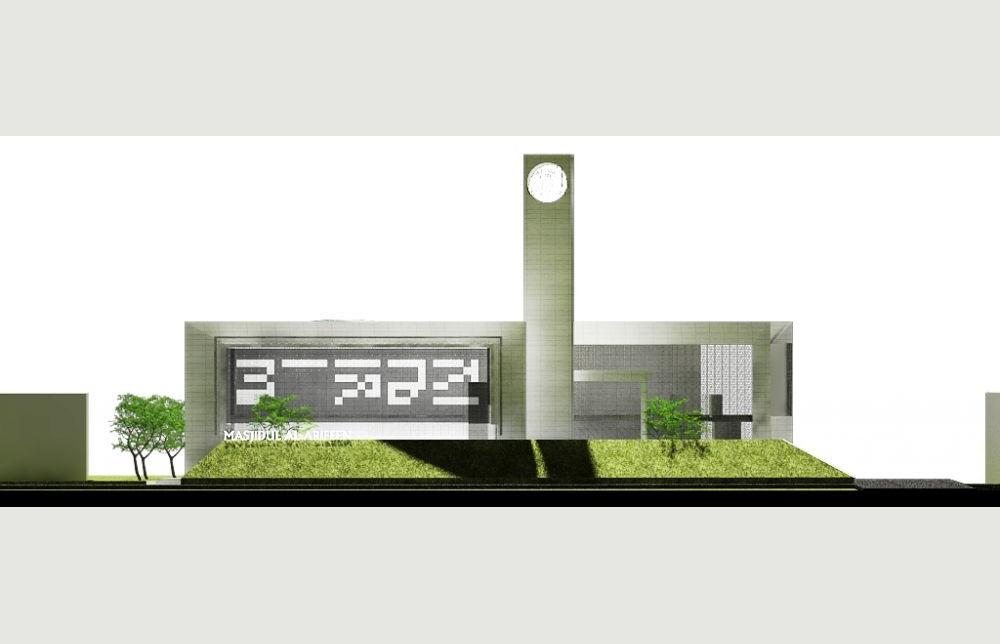 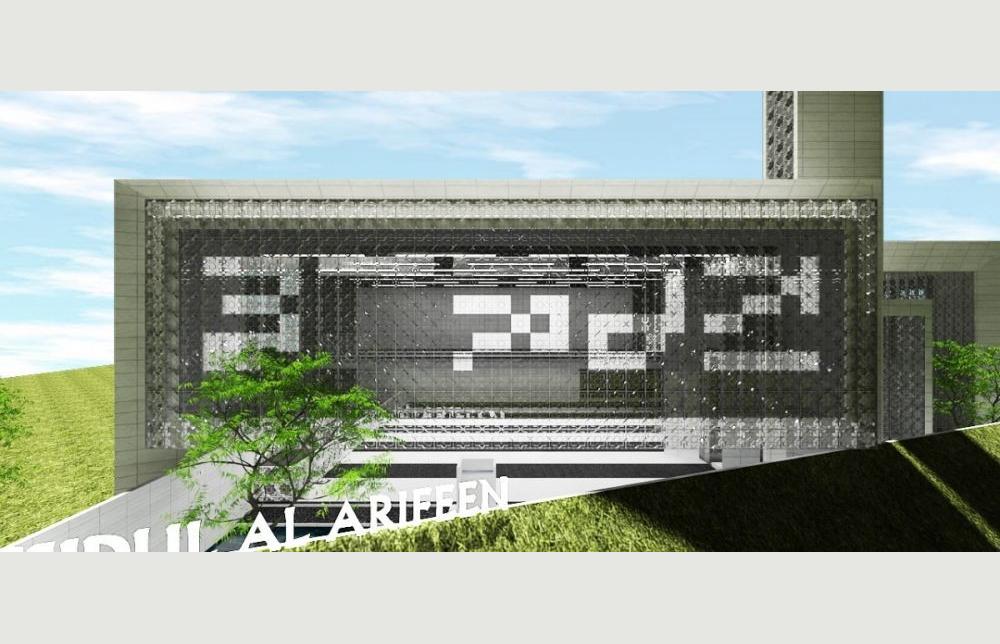 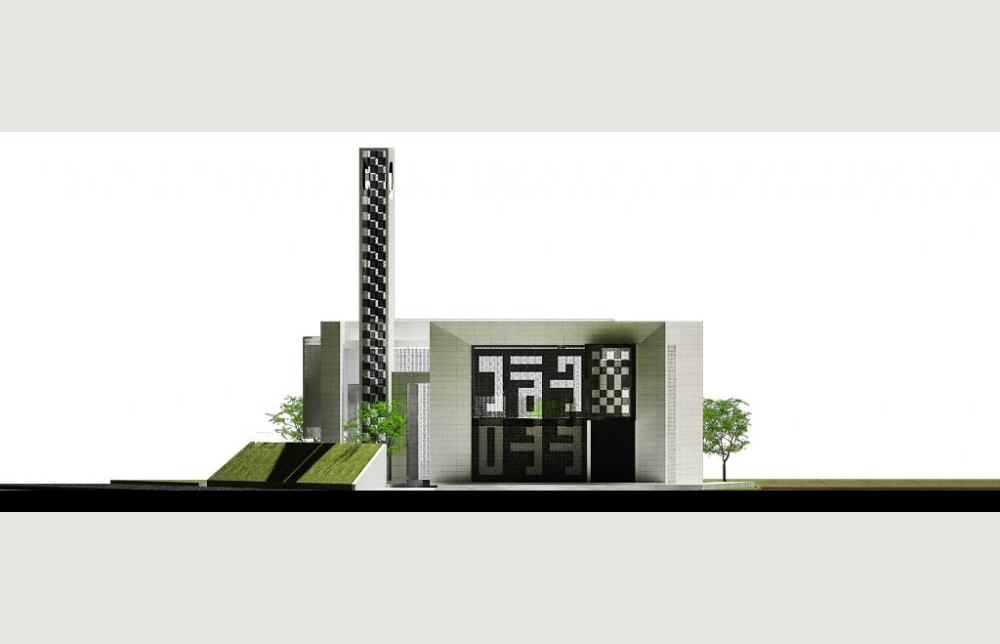 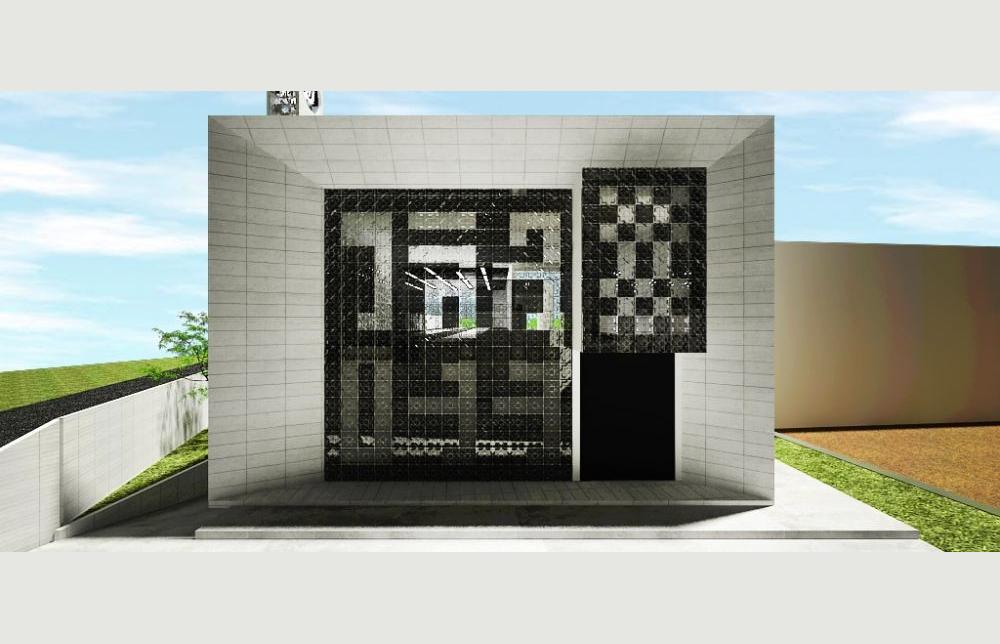 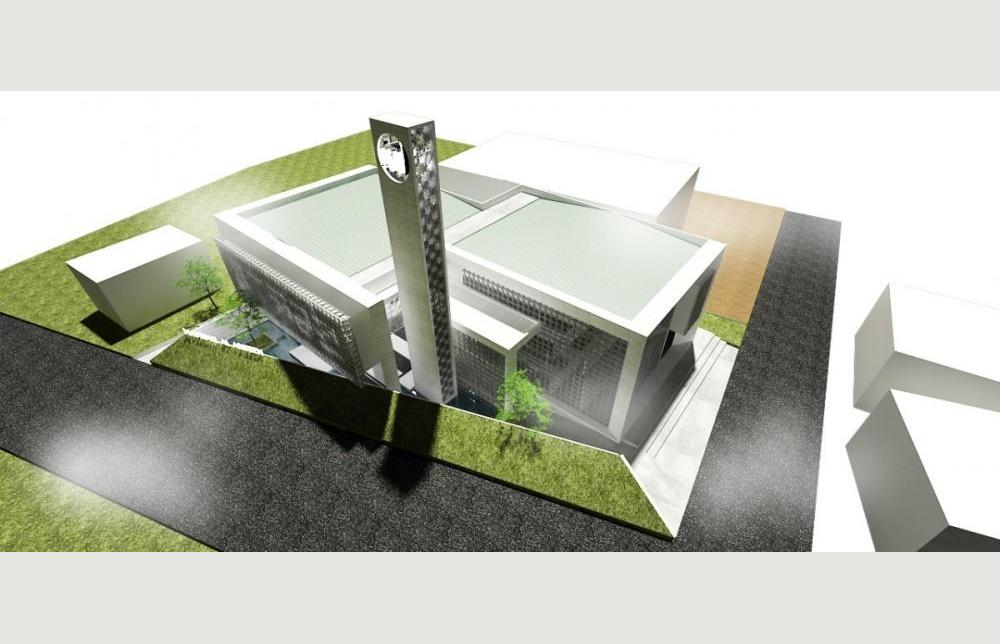 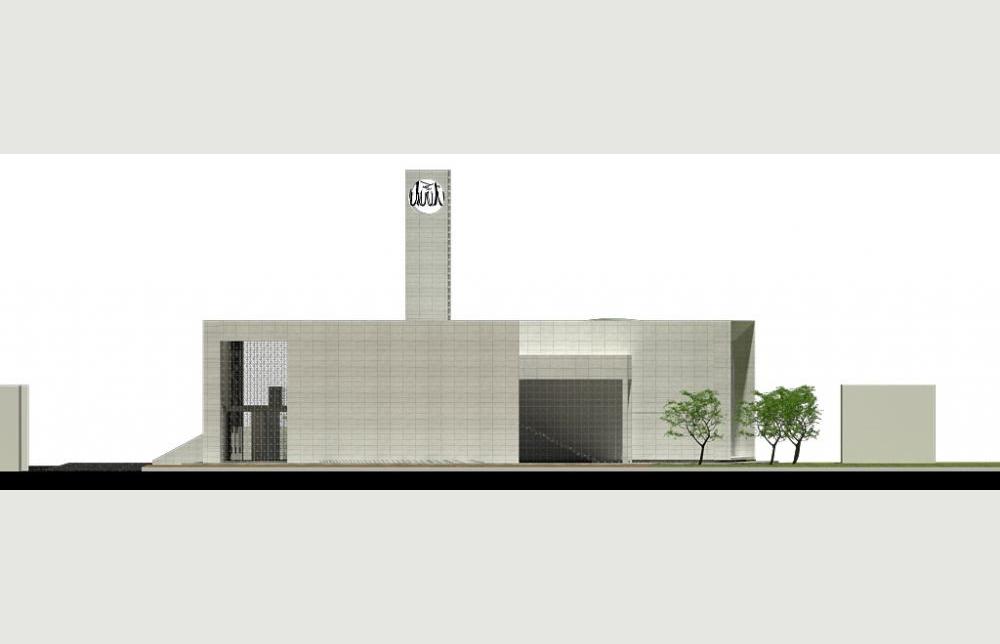 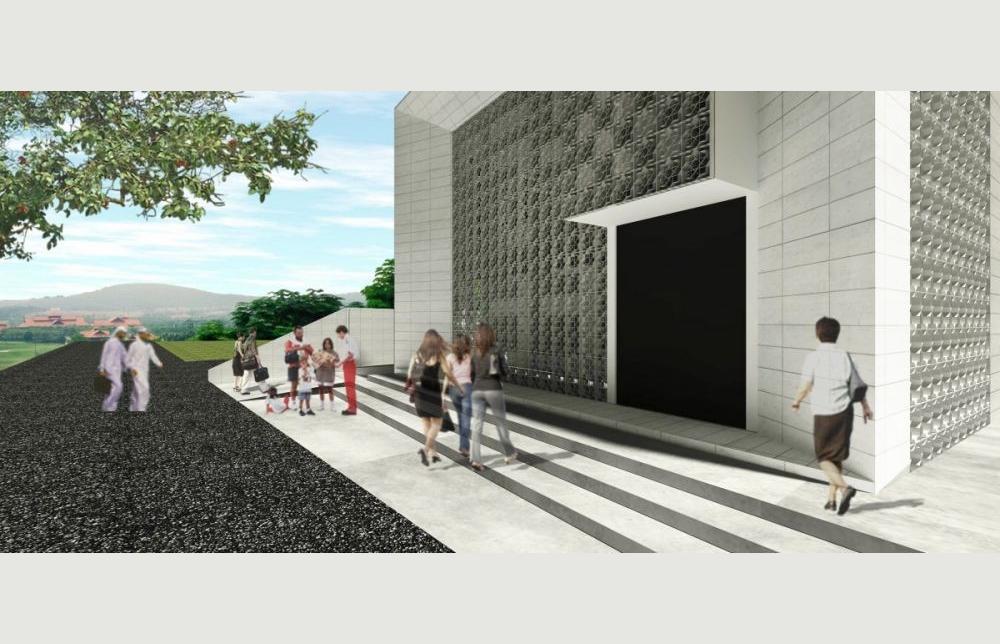 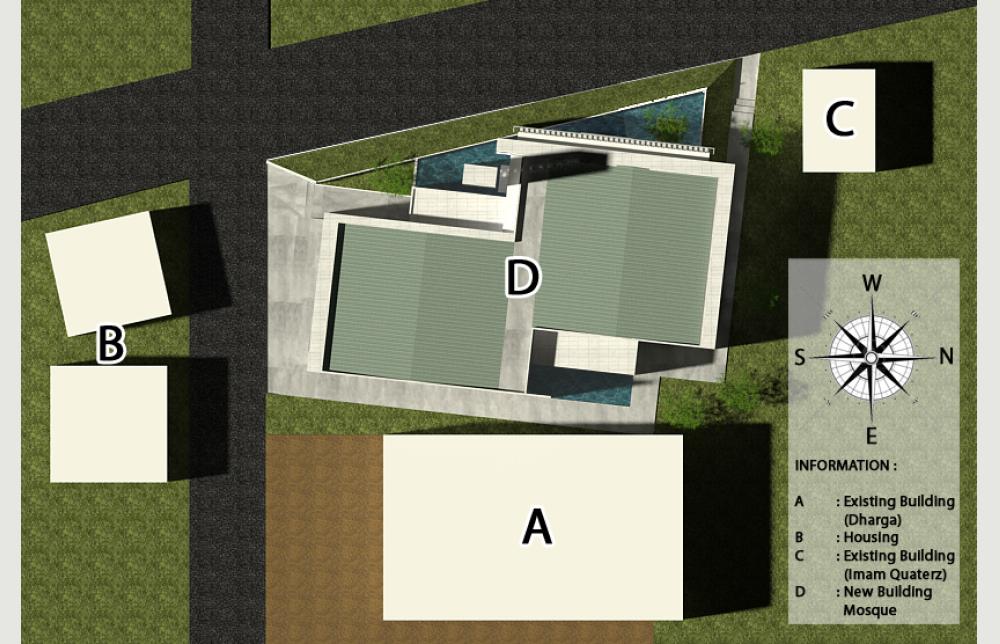 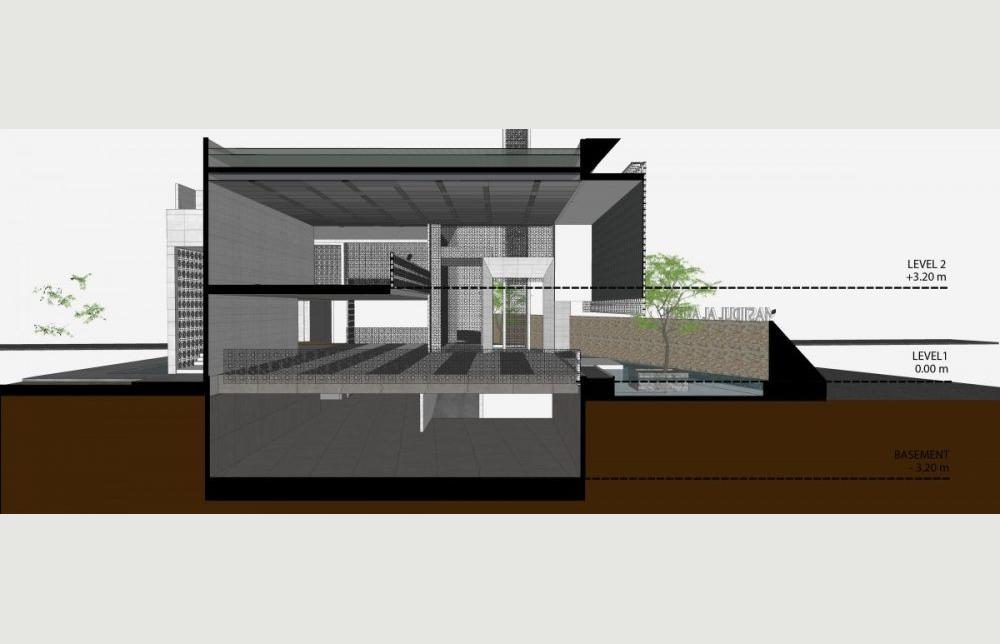 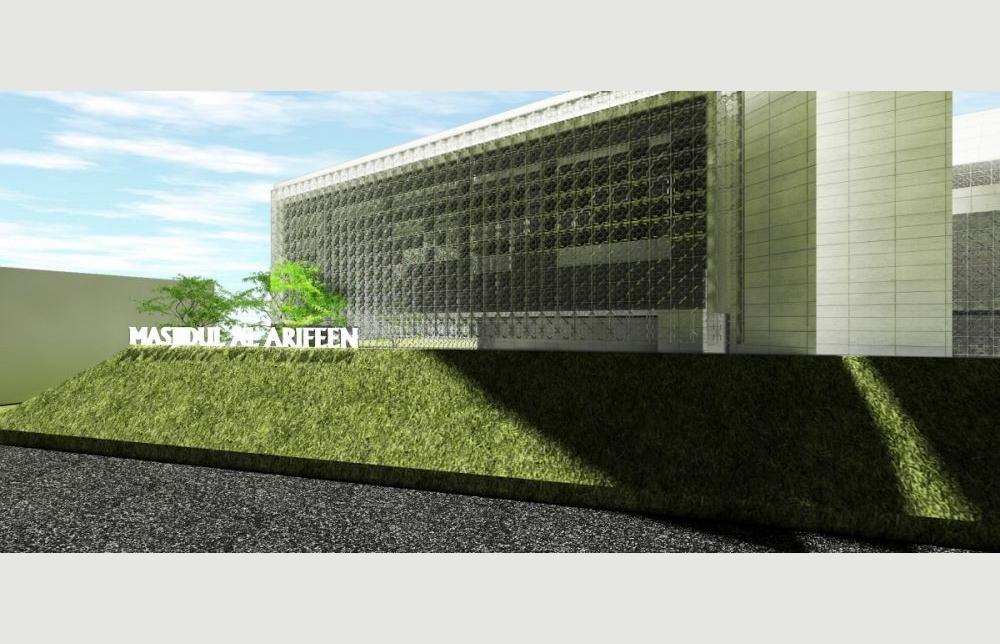 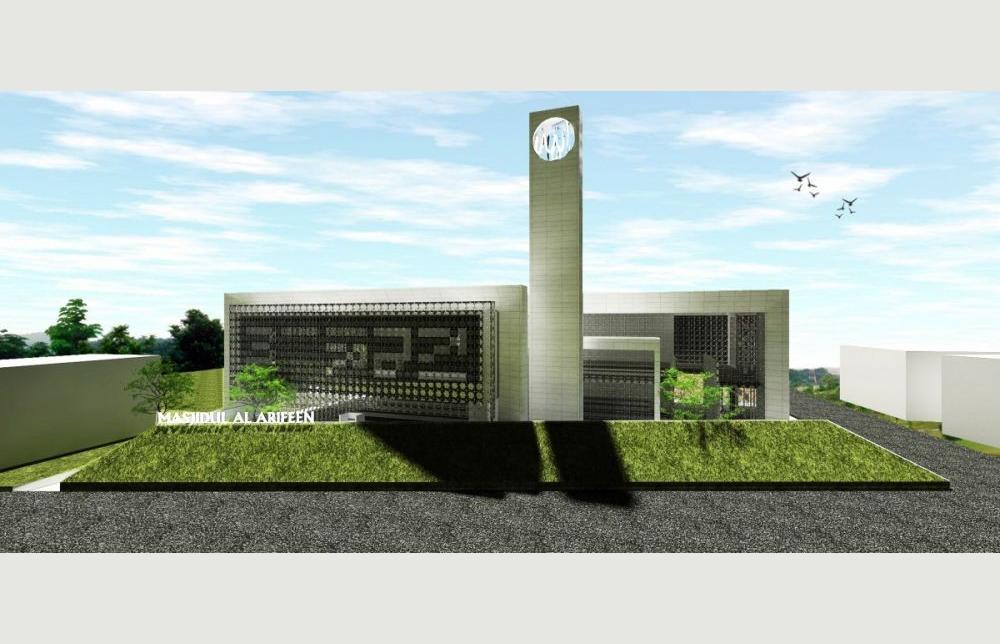 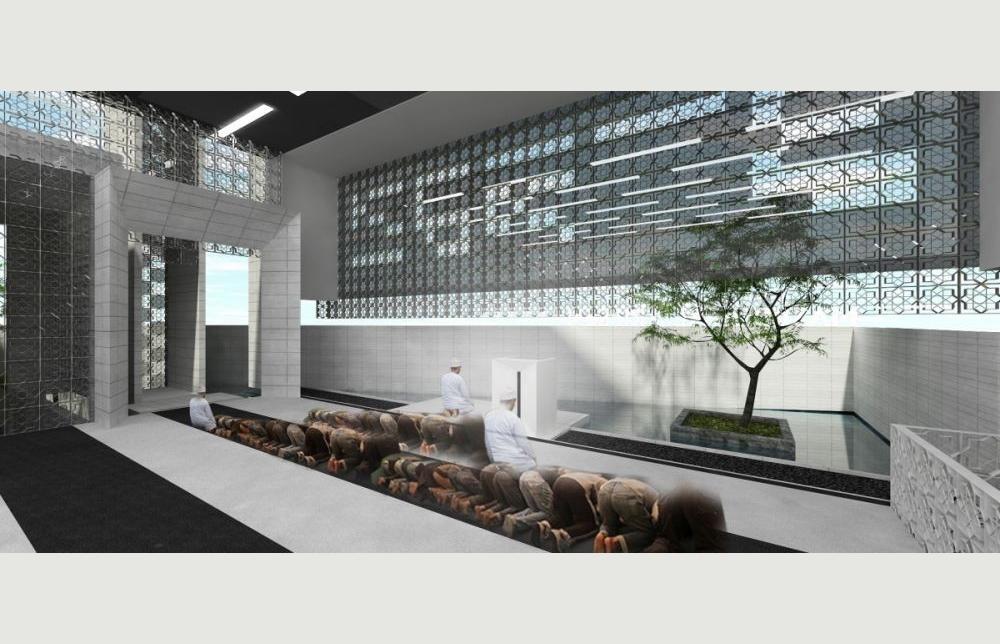 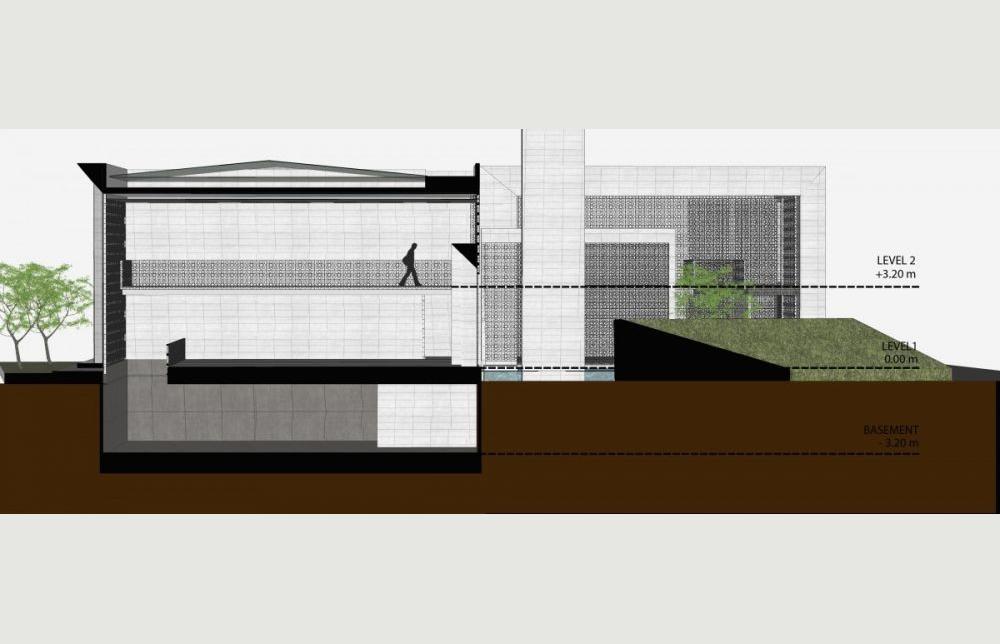 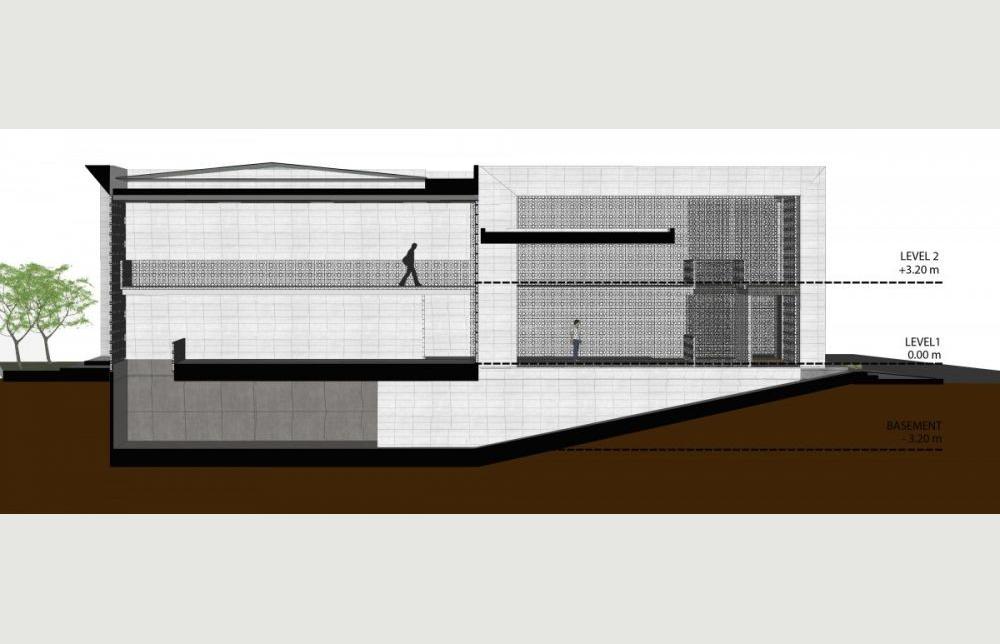 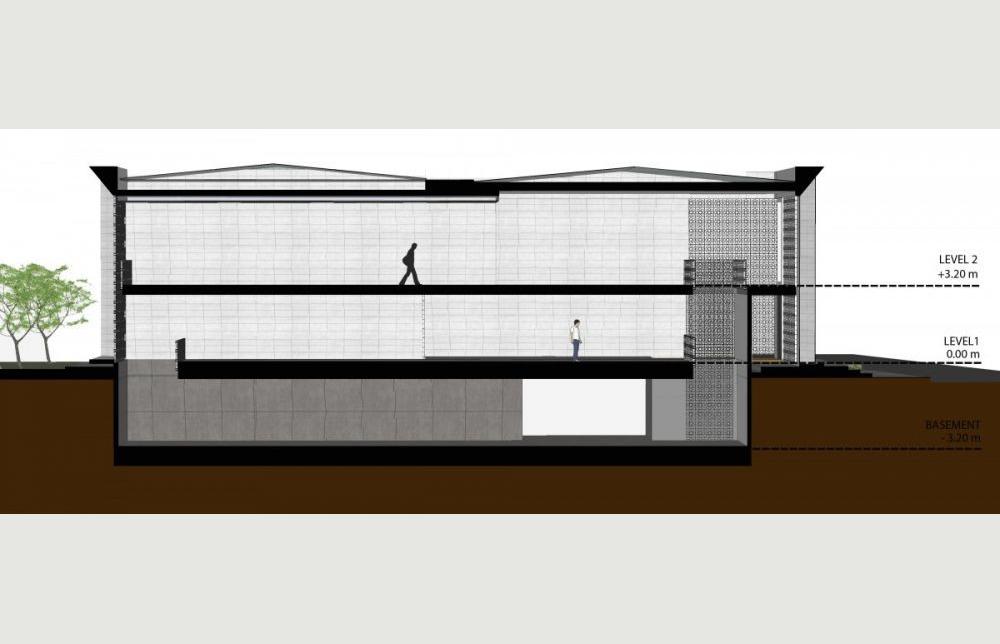 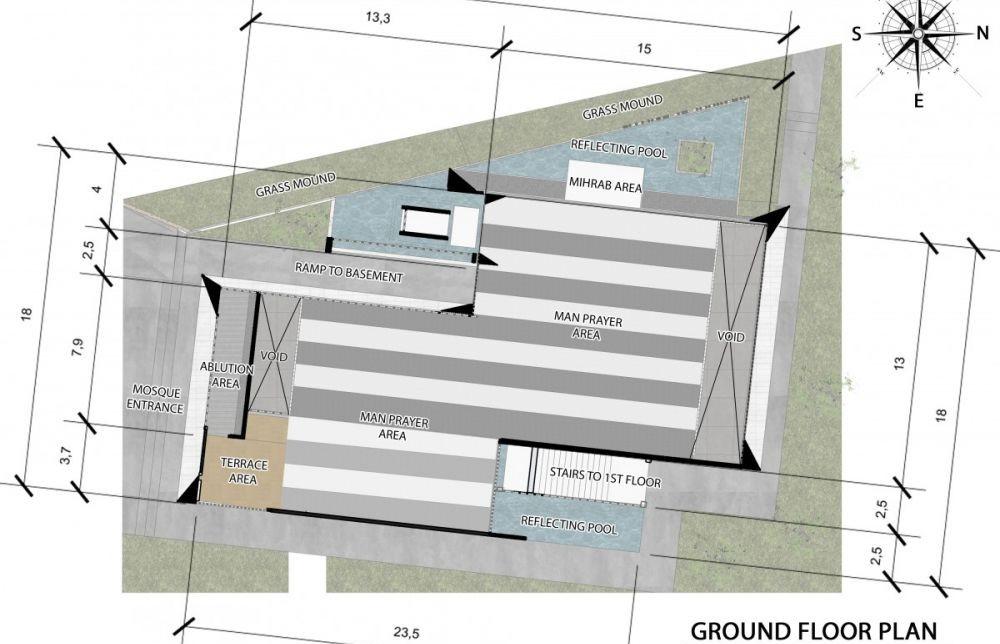 Begins from a request of a client from India in Thopputhurai village, our architect team tries to answer their desire to build good and innovative mosques in their villages. Architects began to explore the concept of the conditions and circumstances surrounding the Site which  seen through photos. The Mosque’s mass shape made from the basic box shape that represent as a philosophical of Kabah itself, and symbolic confidence in God and the Muhammad SAW as the last messenger described by coupling a mass form earlier. In front of the Mihrab, we created a kind of green barrier in order to block the dust that come from outside of ​​the mosque area because of the site conditions in a dusty area. Around the mihrab there’s a pond as an air cooler, and stone walls to reinforce the impression of natural. The Mosque skin wrapped with decorative iron circuit made ​​from module symbols “Vastu Sastra” which means a kind of ancient science of Indian architecture. This shape is repeated so that it becomes a series words calligraphy reads “Allah Hayya Salah” and “la Illa Hailallah” which can be seen from the outside of the mosque. This decorative iron wall will make the Mosque still get good air circulation while maintaining privacy of the Mosque itself.