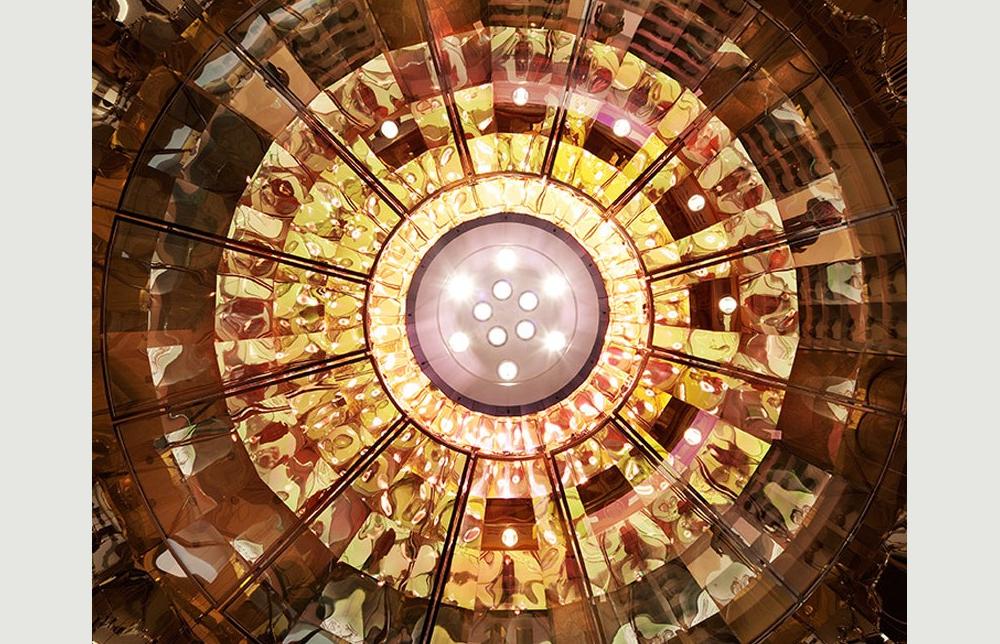 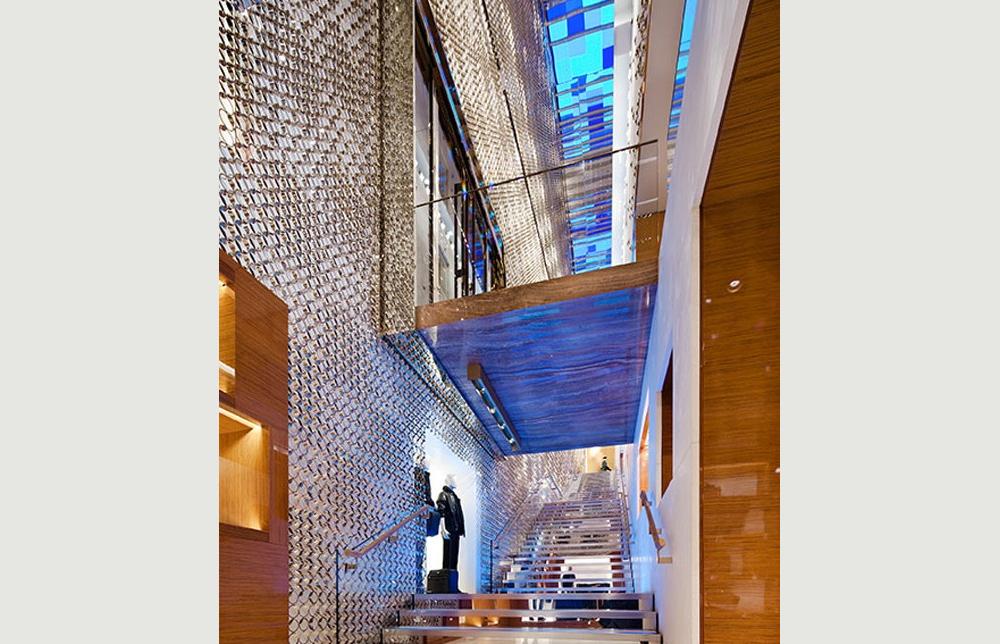 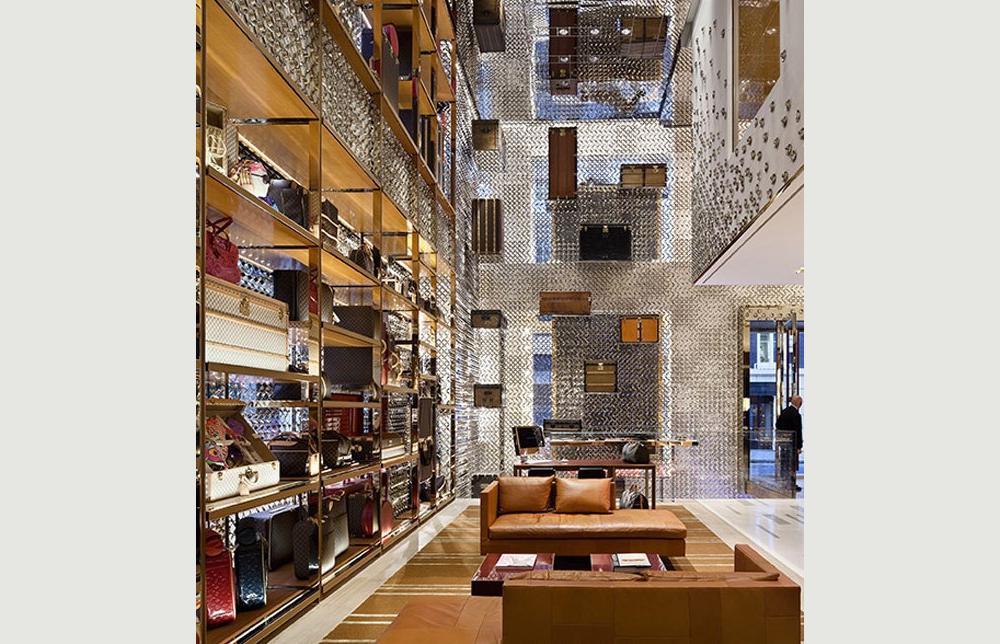 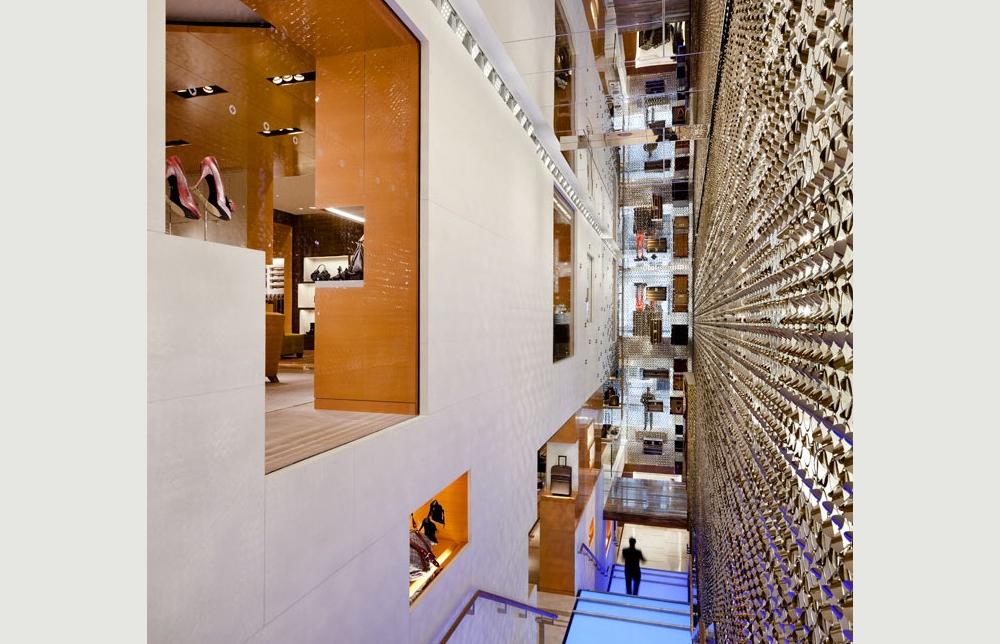 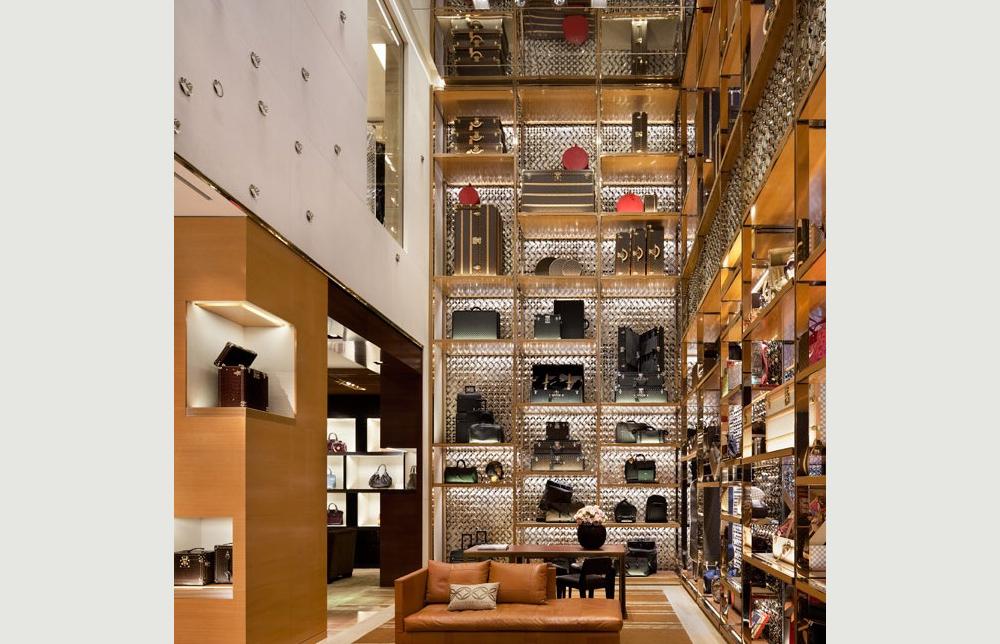 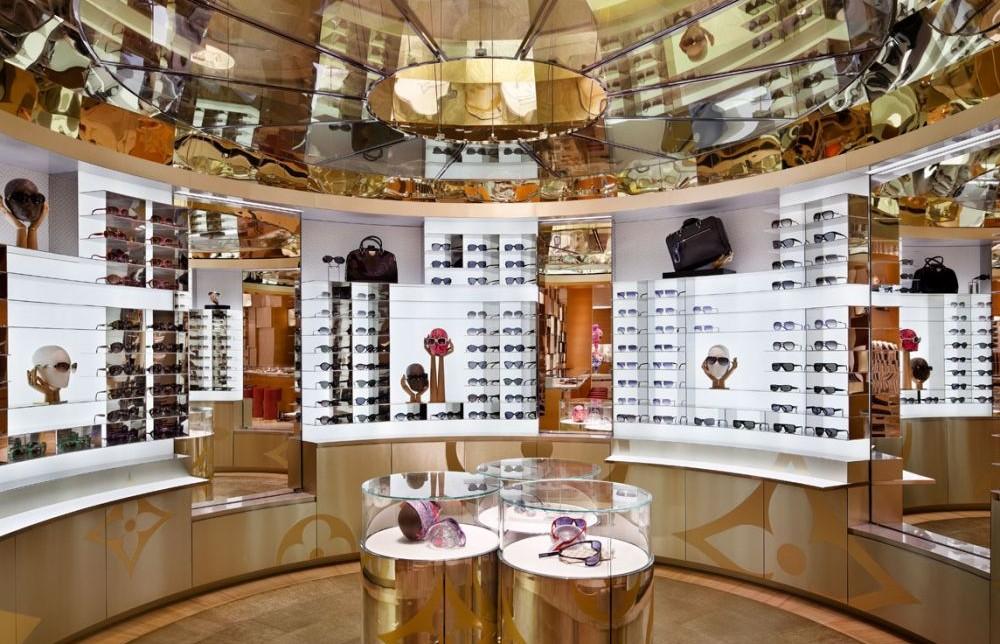 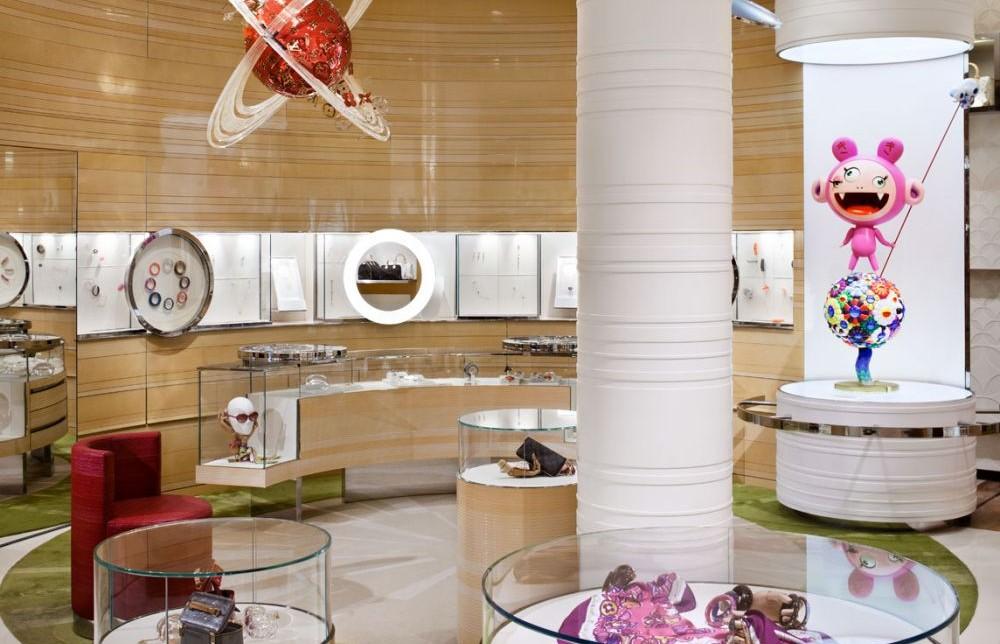 The New Bond Street Maison was conceived of as the home of a collector who loves the best and rarest and as such, was planned as a series of unique, exotic environments ranging from vast and luxuriously light-filled to restrained and intimate.

Located in Londons historic Mayfair district on the corner of New Bond Street and Clifford Street, the four-story 1,500 square meter Maison was created out of two separate buildings that occupy half the block. New exterior work was limited by the constraints of the buildings landmark status, and thus consisted mostly of a band of Portland stone that was used to subtly unify the two different faades. In contrast, in the interior space immediately behind the faade, a dramatic three-story void has been cut and lined with a skin-like metal mesh curtain. While this mesh feature has become a signature of the Louis Vuitton Maisons worldwide, at New Bond Street it has been further refined as a series of delicate logo-inspired flowers fabricated out of gold Titanium coated stainless steel. Running along both street elevations in the void, it serves as a backdrop for the display windows and elegantly filters the daylight streaming into the building.

When entering the Maison, one crosses over this void on a wide bridge which affords a view of the entire space and helps to orient the first-time visitor. A three-story glass staircase inserted into the void passes underneath the bridge with imbedded LEDs showing frequently changing film and artistic animations. The stair acts as both a screen and cascading passage between the Maisons three levels.

The ground floor is devoted to Louis Vuitton accessories and includes luggage and exclusive products specially designed for the store as well as original artworks from artists such as Richard Prince and Takashi Murakami, who have a long collaborative history with Louis Vuitton.
Immediately to the right is the Luggage department. Here, new collections displayed on a double height wall of polished brass and inset leather shelves, are interspersed with historical trunks, displayed almost as artworks, weightlessly suspended with wire cables.
Also on the ground floor are separate circular zones for costume jewelry and sunglasses, and a private client room next to the high jewelry area. The sunglasses area is the most animated a cylindrical space under a domed ceiling with a central oculus through which a brilliant, sun-like light shines, while suspended motorized dichroic glass facets move, continuously opening and closing, in a manner seemingly like the iris of an eye.

The glass stairs to the lower ground floor open the way to the mens universe, at the center of which is the mens club area where customers and their guests can relax.
The mens universe features much darker finishes throughout, for a masculine, clubby and intimate mood. Dark stained oak flooring links the various areas and the leather goods zone. The walls of the shoe area and mens club are finished in an engineered, stripy, high-gloss, wood veneer while the mens fashion area has sportier French embossed leather. The club area is another example of the residential style throughout the Maison featuring relaxing sofas and low tables as well as the 2005 work Paws by London-based artists Gilbert and George, which dominates the scene.

The first floor is devoted to womenswear and shoes and is laid out with several intimate areas supported by generous and luxurious changing rooms. Also found here is the unique Librairie which showcases the best of British contemporary Art books and bespoke commissions by artists including Anish Kapoor, Chris Ofili and Gary Hume.

The stores second floor is a separate, luxurious world – the private client suites, which can only be accessed by invitation.