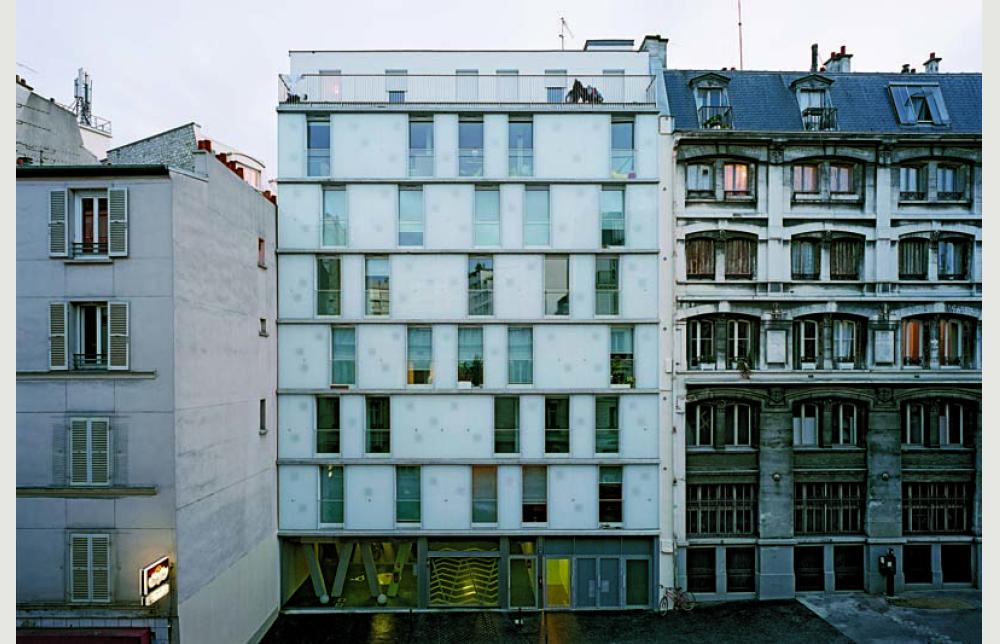 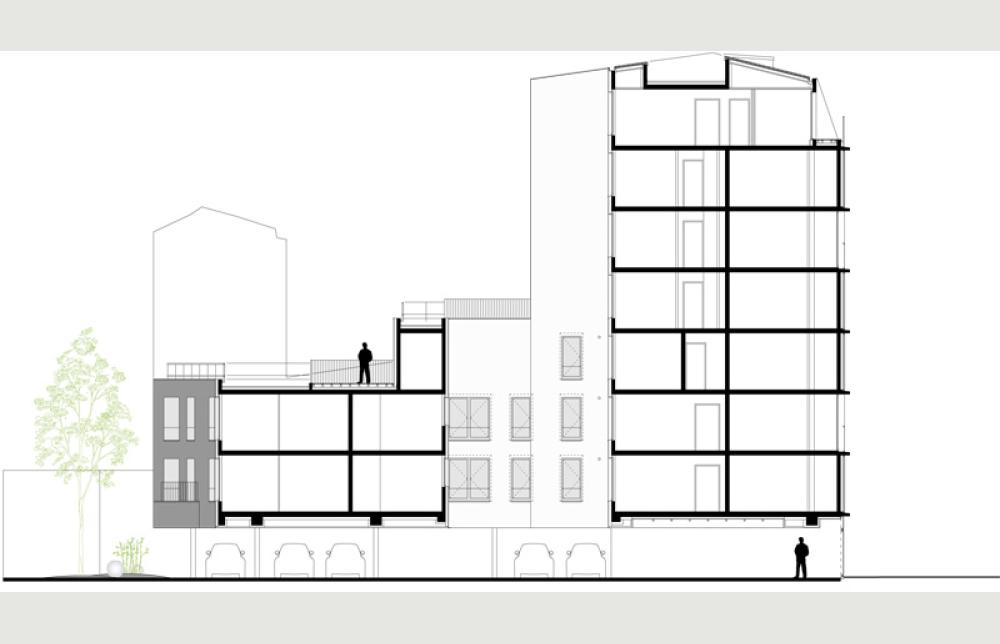 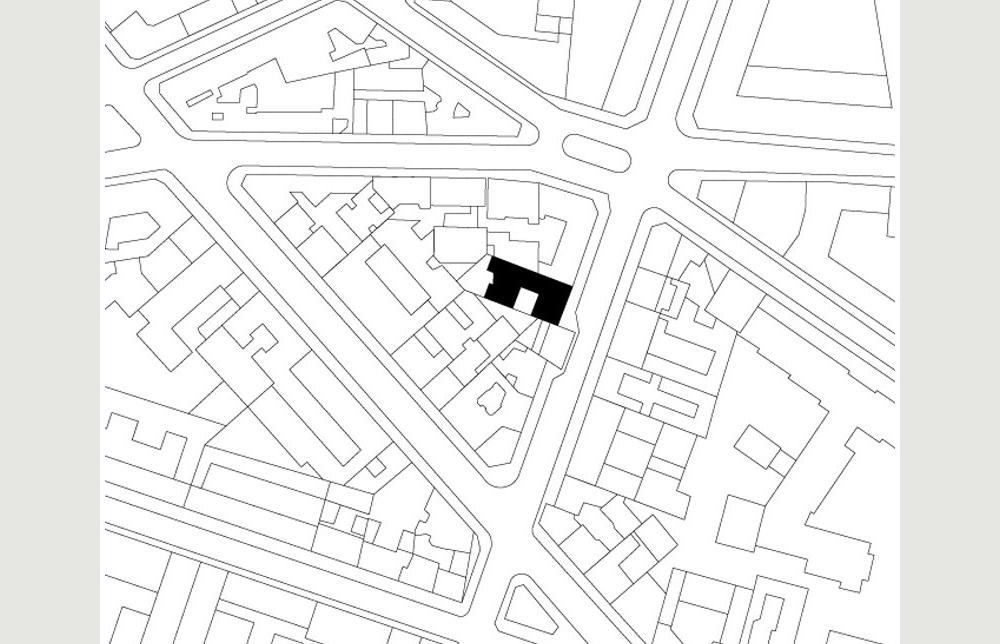 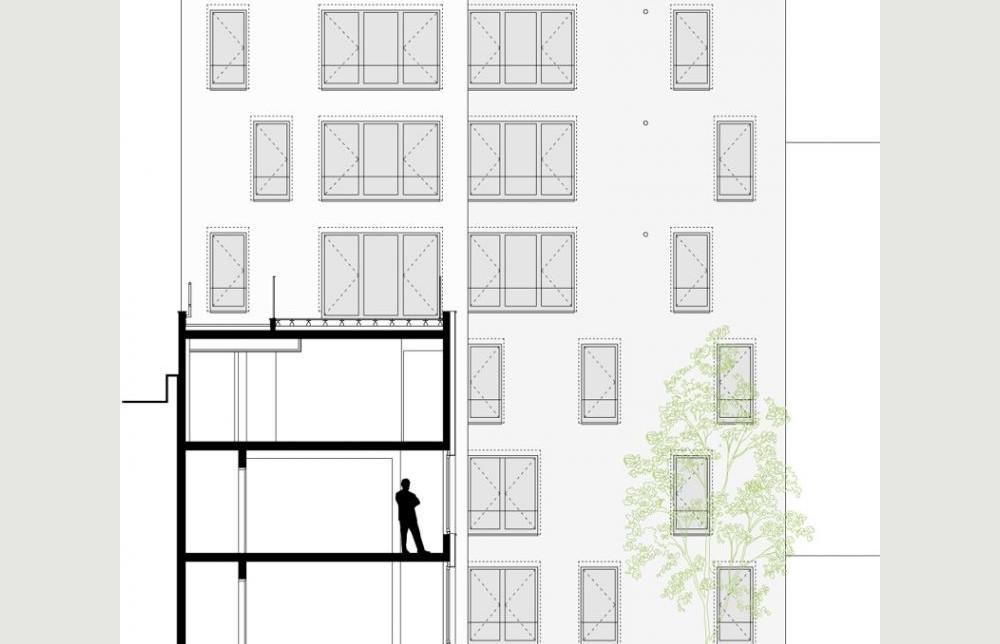 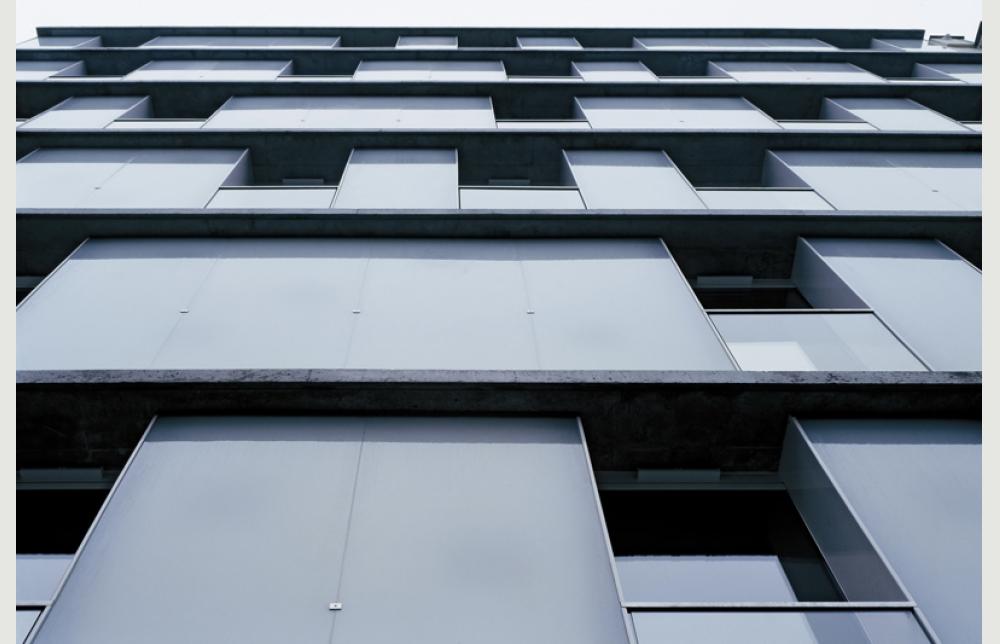 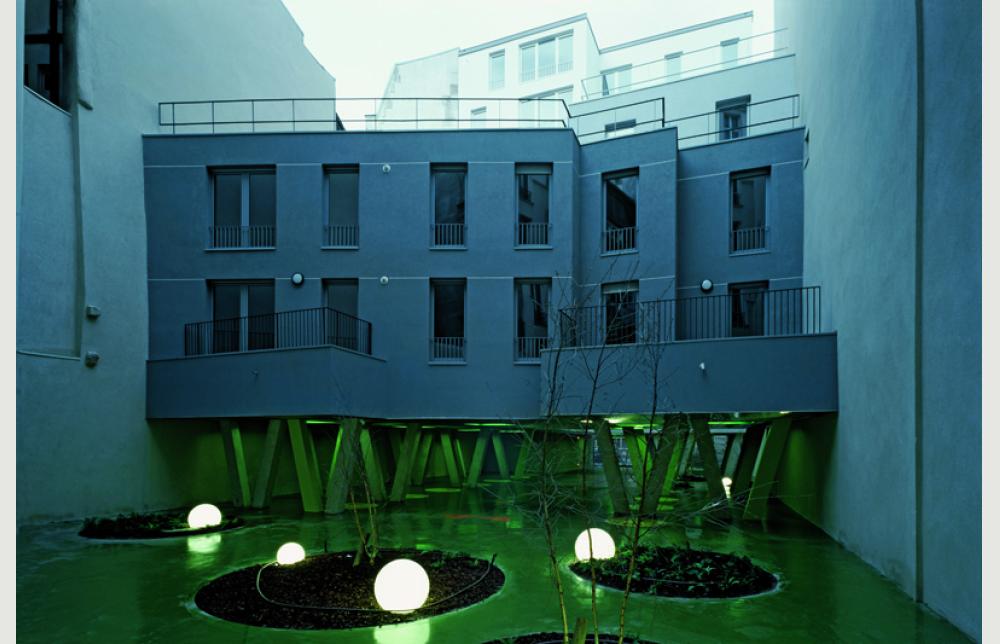 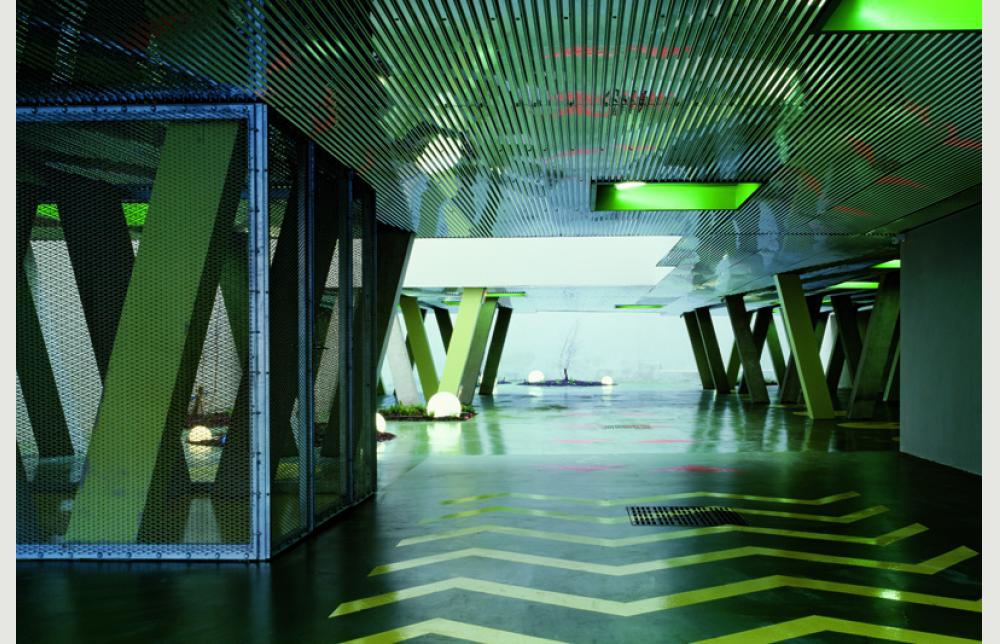 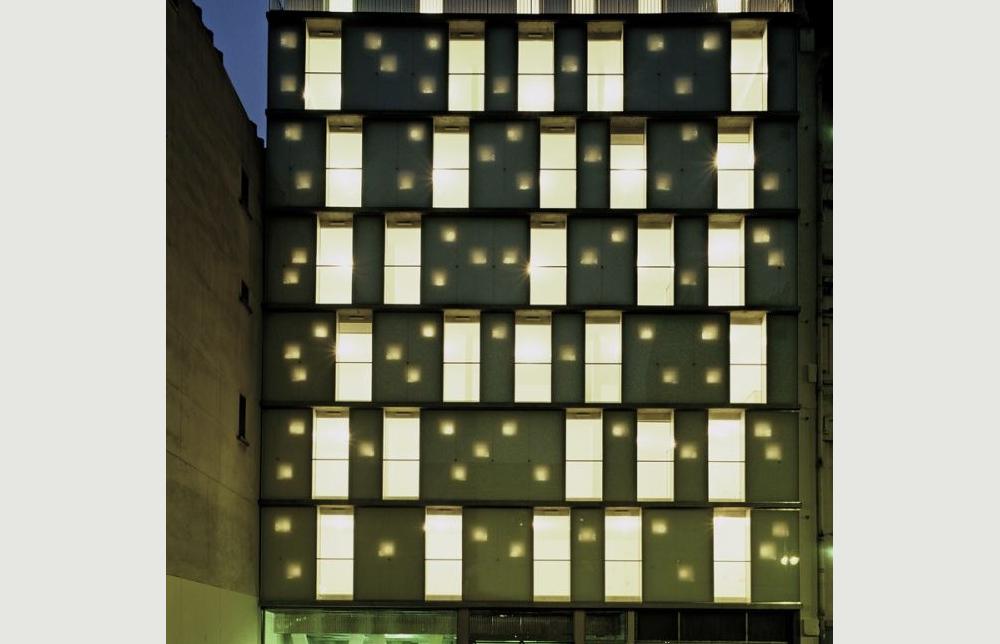 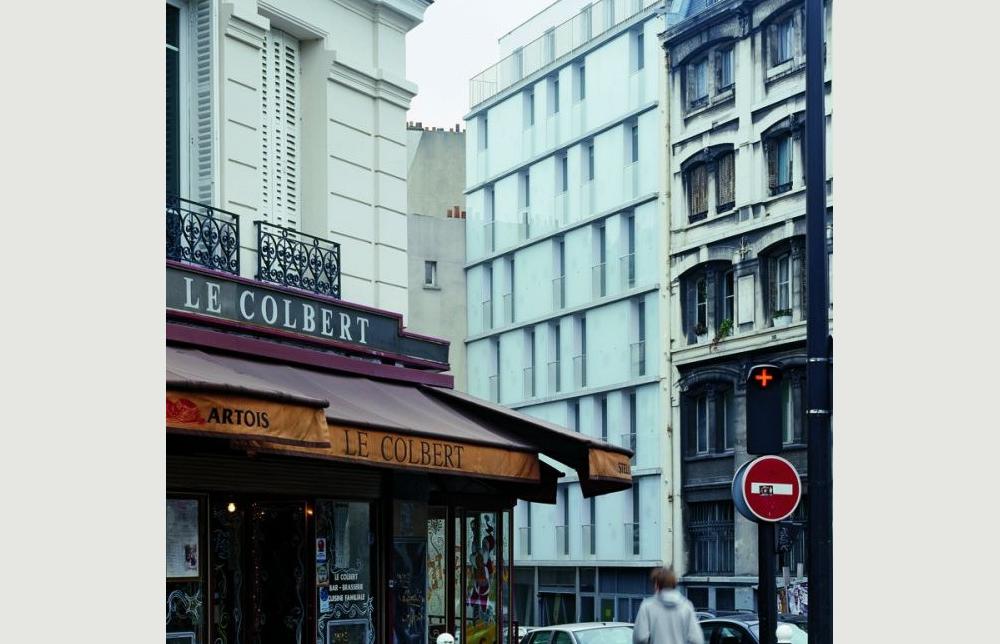 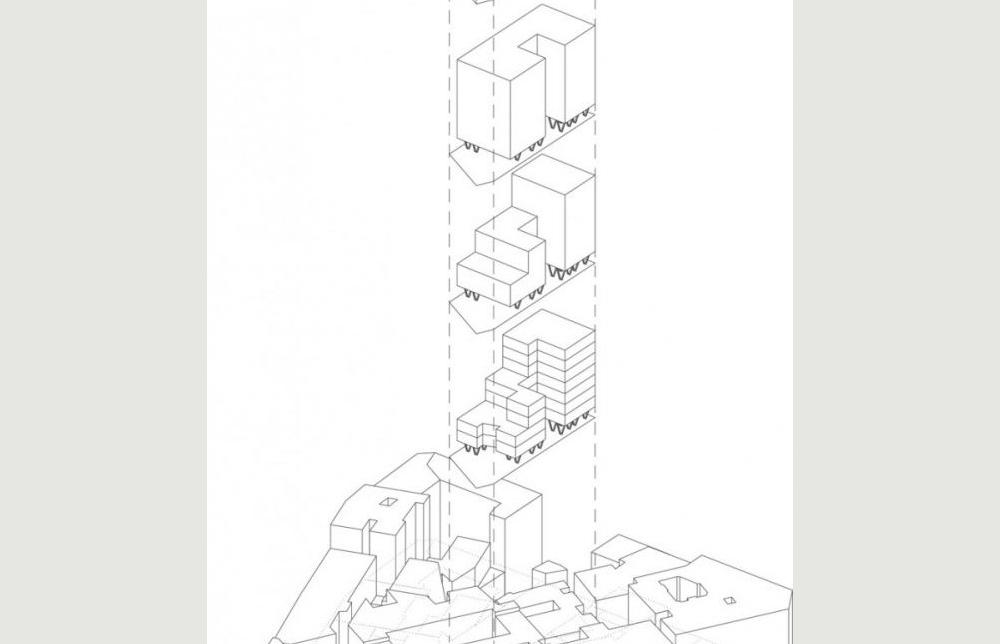 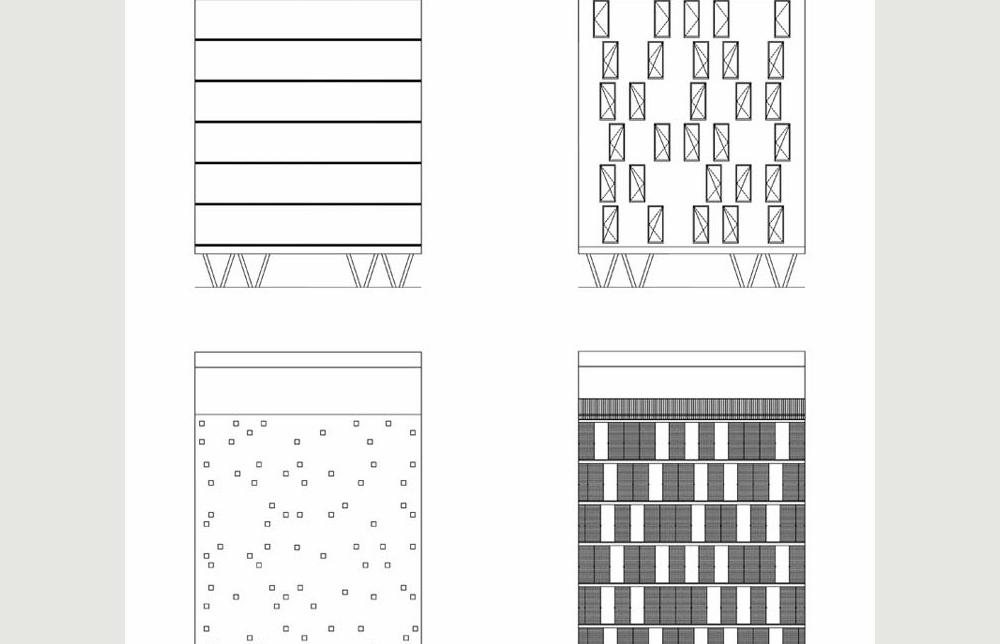 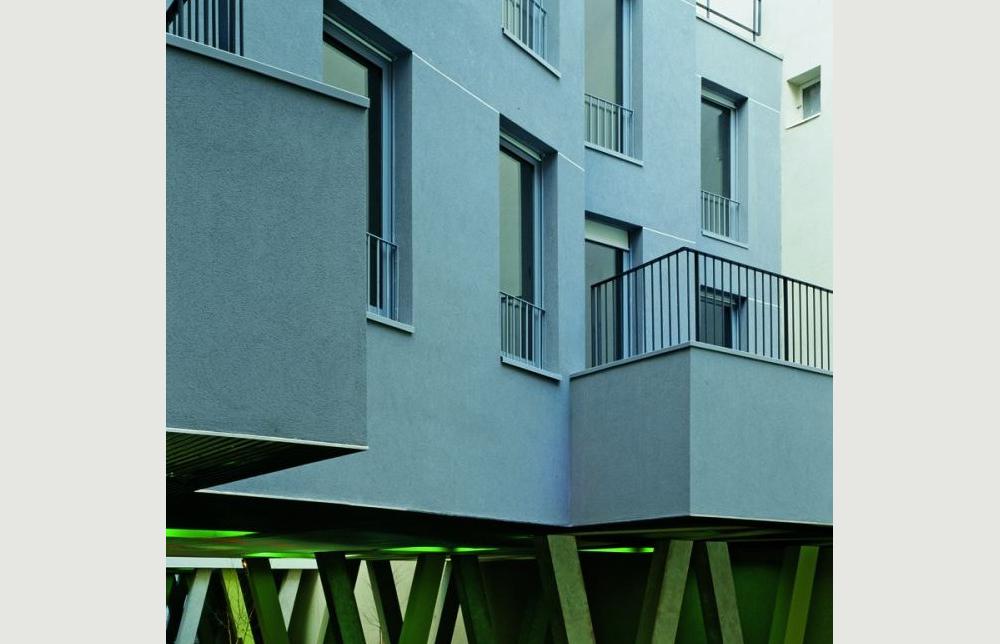 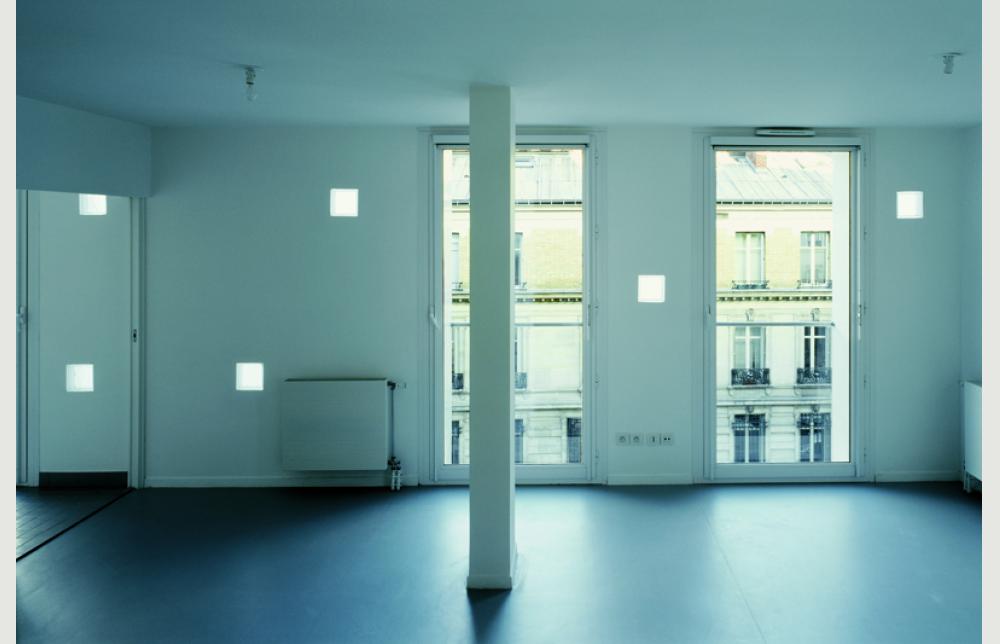 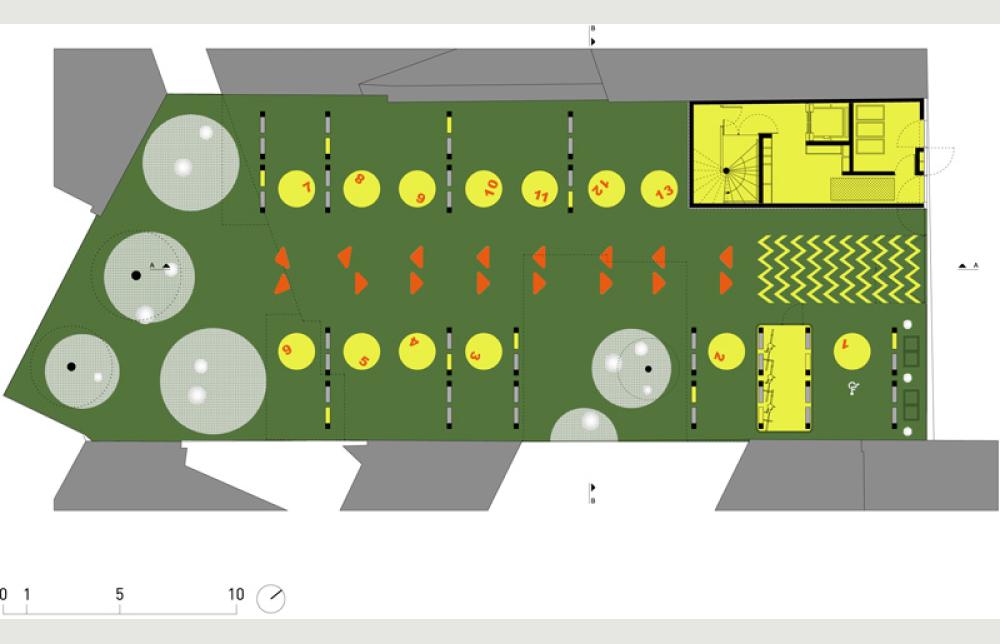 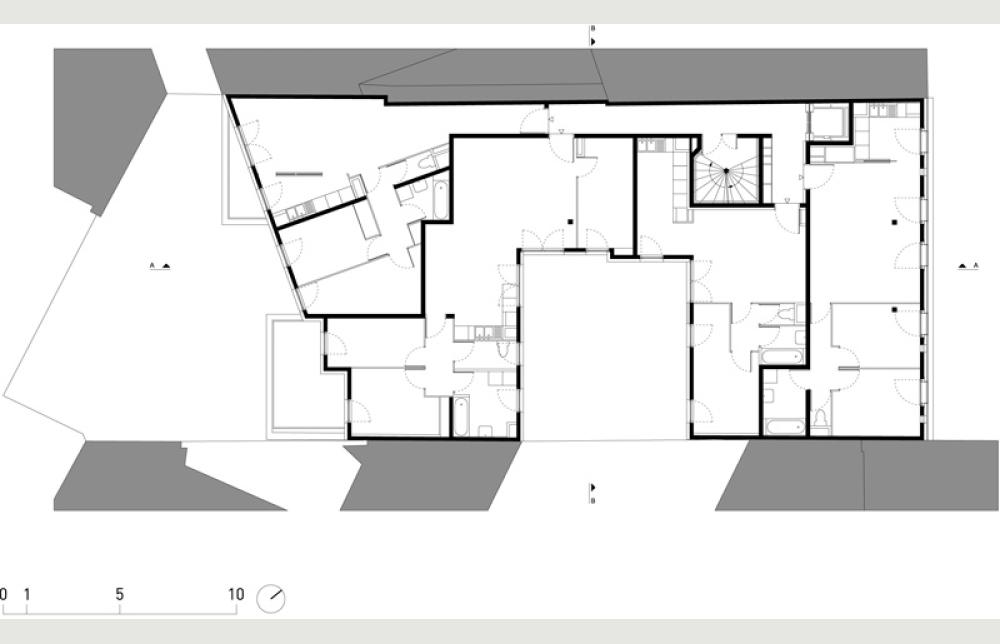 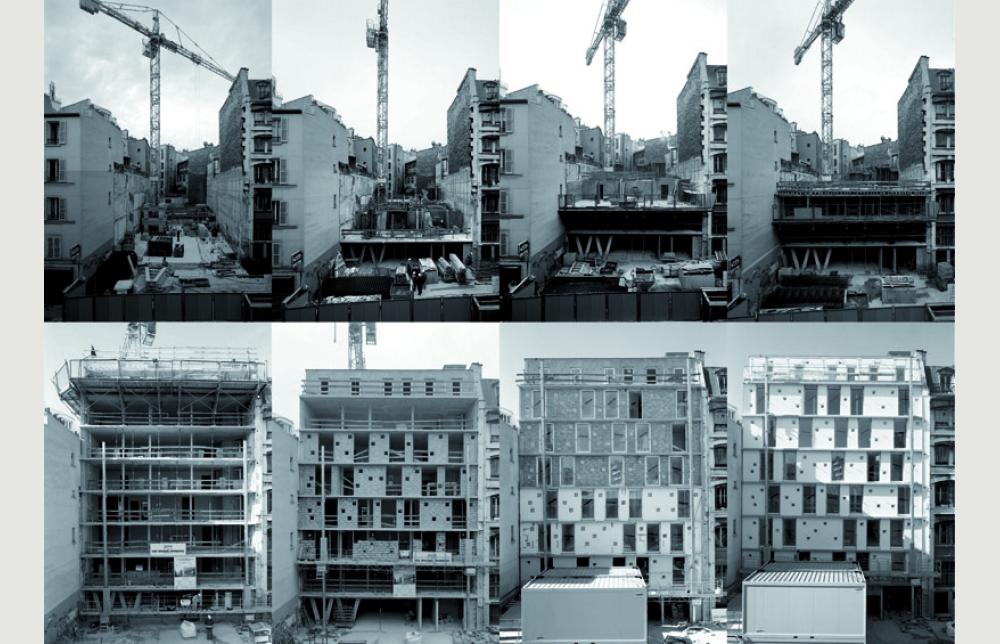 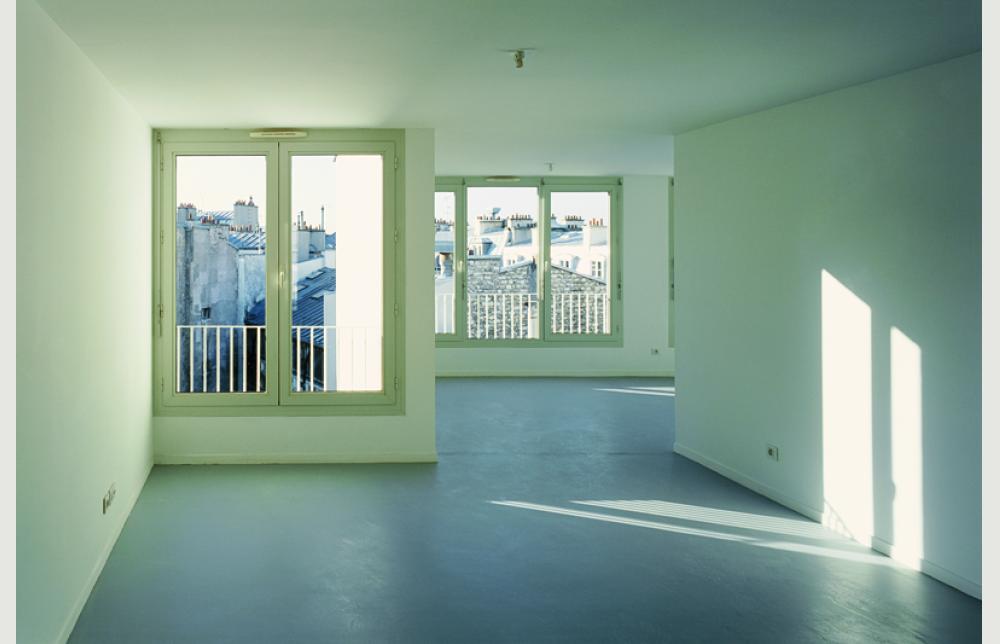 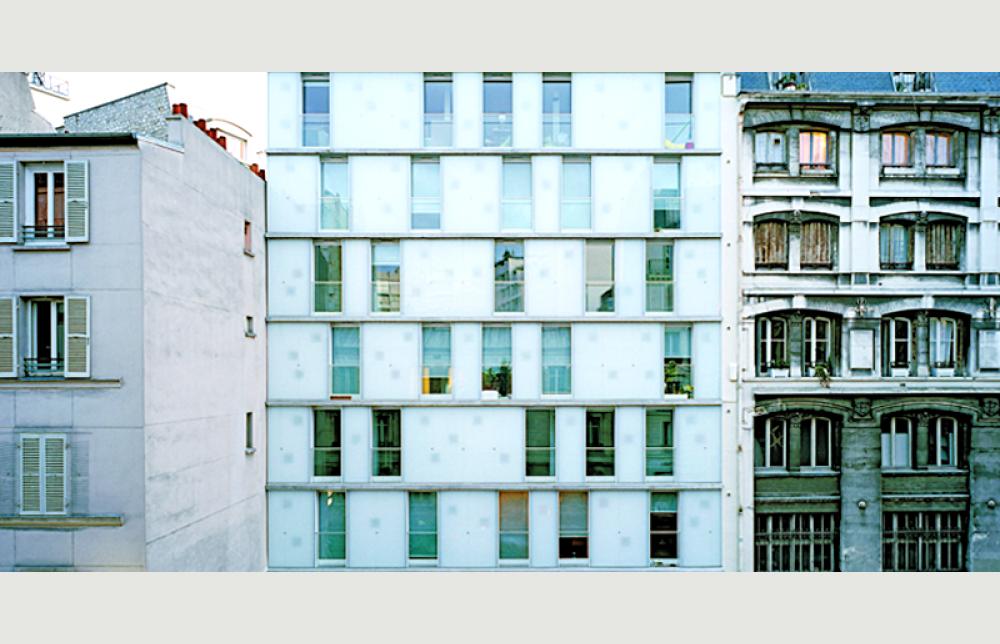 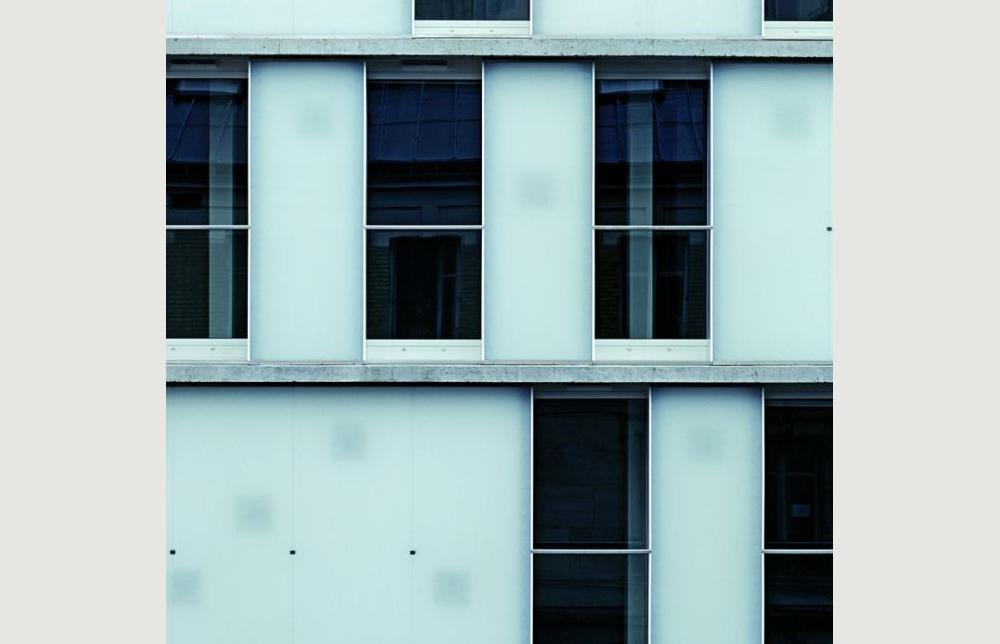 The construction of the housing project at 45 rue Louis Blanc in the Xth Arrondissement of Paris is the result of a project launched in 1998 by the Paris city real-estate authority (Régie Immobilière de la Ville de Paris – RIVP). The property developer was expected to take a piece of land measuring about 600 m² and replace an abandoned squat there which had been slotted for demolition with a low-cost building that adhered to the HQE (High Environmental Quality) standards still being determined at the time.

The building that architects Dominique Marrec and Emmanuel Combarel completed in early 2007 meets this challenge with both efficiency and elegance. Classified as “Habitat and Environment” (an environmental certification), it immediately became a talked-about icon in the urban landscape – the very sign of an architecture that is both engaged and sensitive – as well as a dwelling of reputable comfort. For the passer-by looking at it from the sidewalk and comparing it to the letter with the Haussmann style structure (a ground floor + 7 stories), 45 rue Louis Blanc immediately stands out in two ways. First, by its façade with its scattered placement of windows and square oculi, covered with opalite panels. This glassy, whitish “over-façade” – with an opacity which makes it look frosted – is very soft, and contrasts nicely with the surrounding mineral atmosphere. Though highly “visible”, it is also discreet. In no way ostentatious or flashy, it also plays the role of a diffuser of light come nightfall. Its surface is enhanced by the light emanating from apartments inside, as well as a carefully designed, soft and serene lighting system which has a reassuring effect.