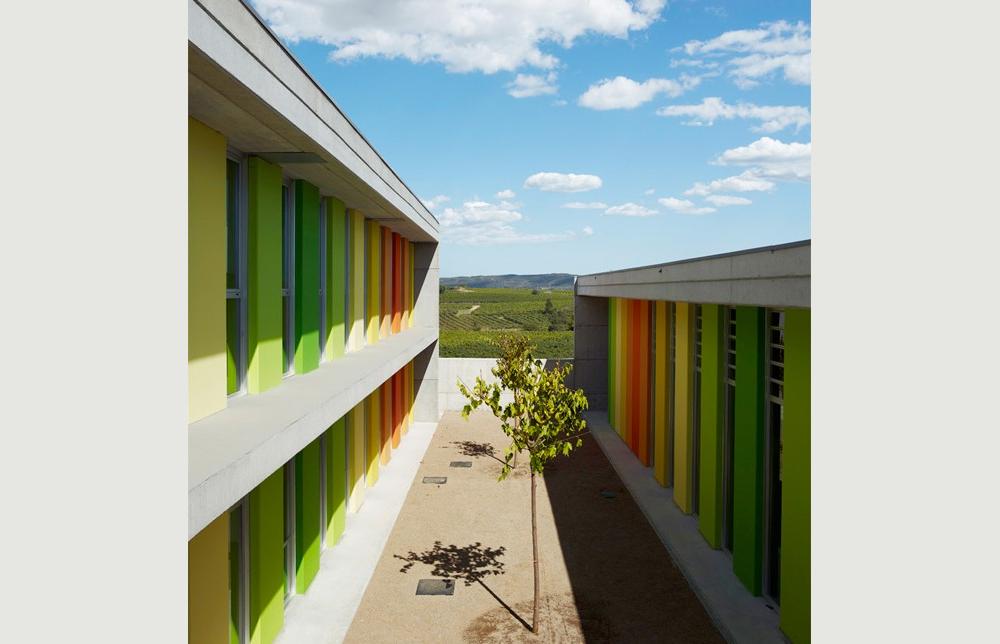 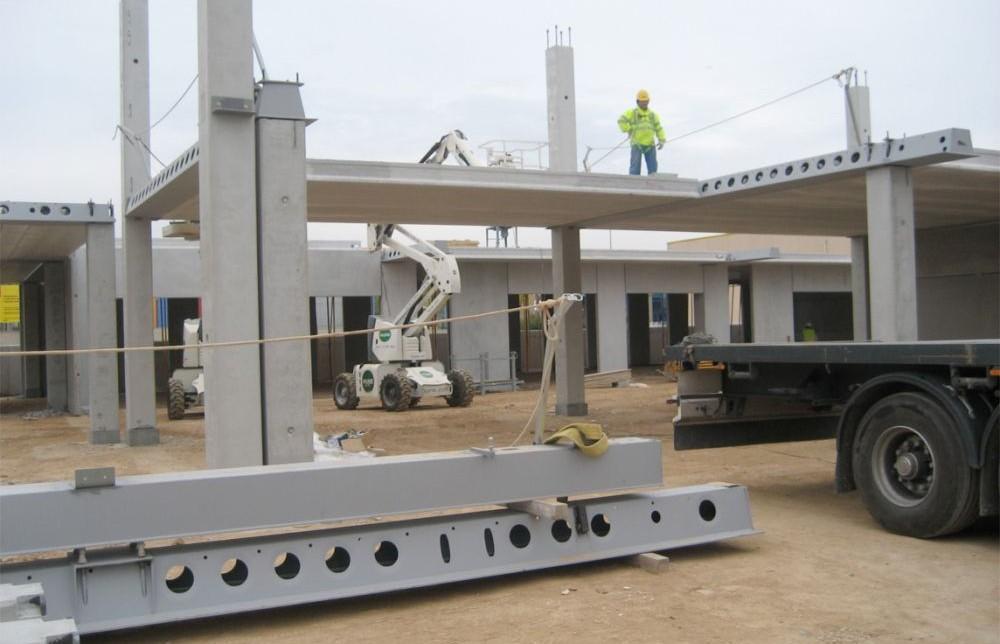 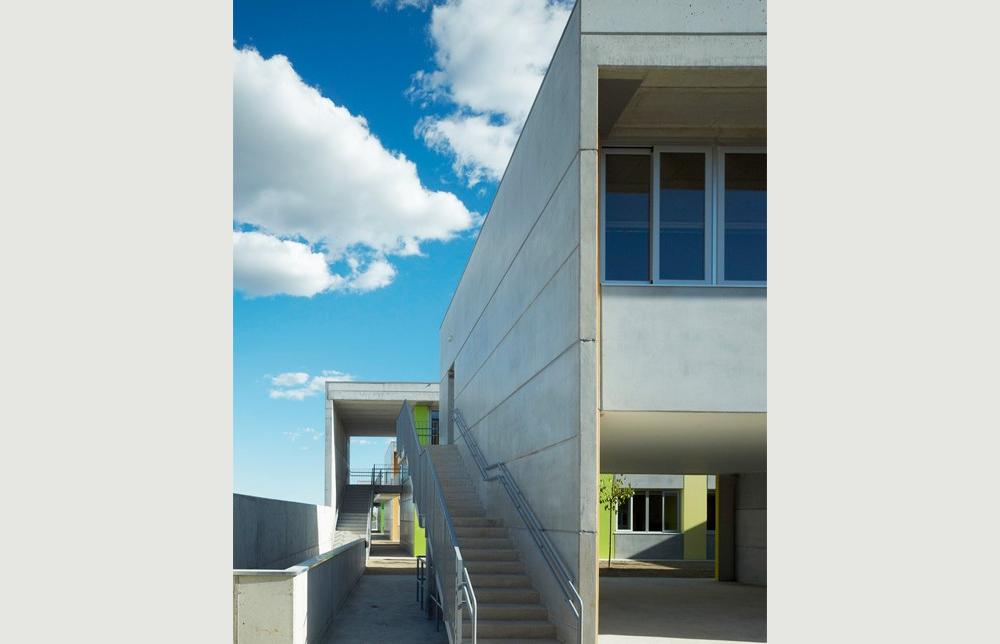 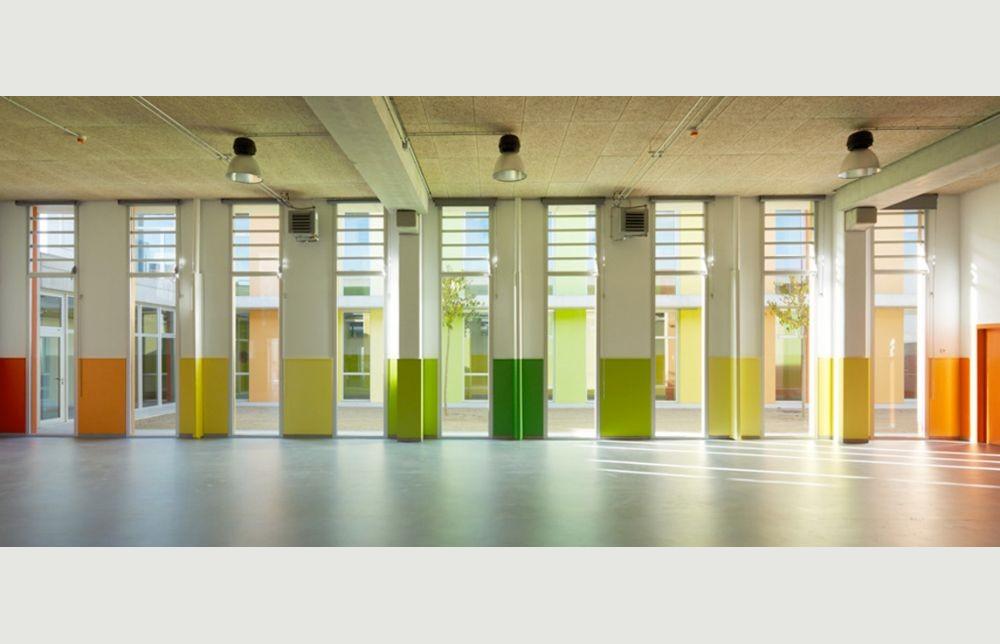 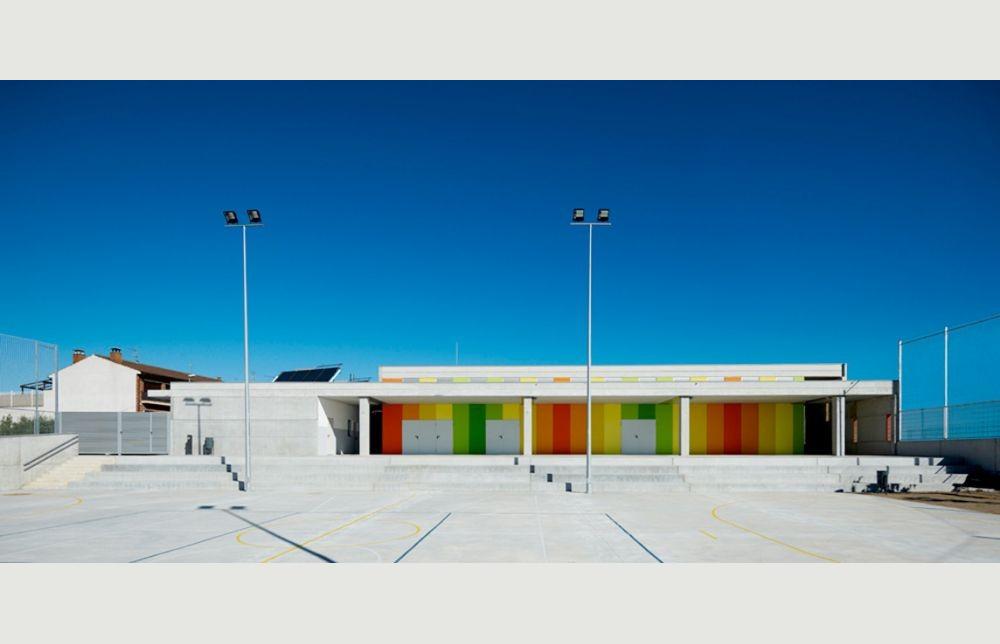 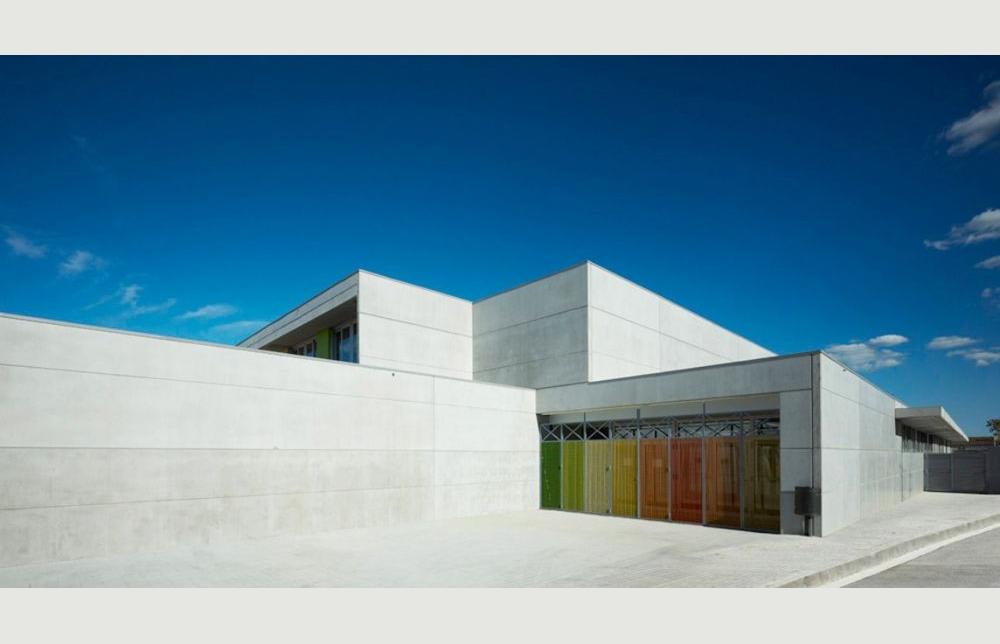 An architectural project is, in many ways, defined by its context and future occupants. When these occupants are young students, a designer must address childrens needs specifically with a space that is, at once, cheerful, sheltering and engaging. A primary school in Northern Spain by design studio ARQTEL Barcelona reflects a philosophy that carefully attends to programmatic needs which are necessarily intertwined with the childrens needs. It follows, then, that the project is pedantic in its attention to detail and clear in its functional framework.

The site is an example of a particular kind of urban fragment and the schools position and orientation takes advantage of its unique site conditions. An elongated plot of land sits at the periphery of a small city with urban fabric to its west, north, and east and an open vineyard landscape to its south. The school generates a dialogue with its surroundings in its spatial composition and orientation as well as its tectonic expression. Retaining a telluric presence, the building brings a sense of order to the site and acts as a landmark among surrounding buildings and fields. The volumetric breakdown of the building makes its organization very legible. A north-south longitudinal axis opens up in a circulation pattern resembling a comb, alternating playfully between filled and empty spaces that characterize the whole. This arrangement optimizes programmatic functionality at the same time as it focuses on aspects of light and the quality of the spaces generated.

A north-south axis, which connects the entire building, opens up to an outdoor, public sphere of access. At this northwest corner, the main entrance is marked by a void in the overall building volume and a splash of color on the entry doors. From here, circulation flows into the preschool and primary school areas separately, avoiding undue disruption as the children walk to their classrooms. The north-south axis, a two-story high space, is marked as intensely as the secondary interior courtyards. The long axis organizes and links the spaces oriented perpendicularly, each space varying according to its programmatic need. Secondary courtyards between these spaces may function as a preschool or primary school playground, a sports field, garden area or courtyards for relaxing and basking in natural sunlight. The faade reflects the buildings various functions with expressed stratification that is visible within a larger building volume.

The buildings orthogonality allows for construction elements that are linear and of limited depths. This purposefully minimizes the extension of building elements into the courtyards and maximizes open, exterior space. This also minimizes the area of the site occupied by building. The design intends to distribute uses equally so there is parity between the intensity of occupation through the building. This strategy helped guide the location of different programmatic pieces within the building. The linking axis and equal emphasis on different programmatic volumes ultimately sponsors rhythm from the repetition of the pieces; it unifyies them by serving as a datum for the interior spaces.

The northernmost volume of the school houses the spaces for the youngest children, with classrooms open to the south. The space serves as a physical buffer between zones of the school, but also as a refuge from which the children can observe the real world and happenings outside through a transparent and ever-changing wall. At the same time as the observe and play, they are warmed by the heat and light of the sun.

In a similar spatial organization, the central longitudinal volumes are linked by the layout of the classroom spaces that face north to prevent overexposure to the sun. The opening of the corridors to the secondary courtyards renders these circulatory spaces warm and welcoming.

The longitudinal piece can be described as an element of transition and closure. In other words, the gymnasium and multipurpose room at the southern-most end serves as a terminus to the north-south grain but also acts as an independent element, accessible with or without engagement from the rest of the building.

The stratification of the facades intentionally creates a modern and dynamic air. The result embodies a kind of animated architectural and material character with exposed concrete walls on the facades of the longitudinal axes. While the facades give shape to the secondary courtyards, they also provide a counterpoint to the materiality of the aforementioned facades. Here, the facades are painted in lively colours, evoking a sense of warmth and joy. They alternate with the transparent sections which are then resolved very differently in relation to the interior spaces.

The building section is characterized by its adaptation to the topography and orientation allowing different spaces to receive abundant natural light. When this light is combined with the colours of the corridors and the classrooms, it creates a play of light and shadow within warm and pleasant spaces.

Concerns about the environment and sustainable development have become increasingly important for construction methodologies at large. In accordance with a kind of three dimensional sustainability – environmental, social and economic the building is inspired by and adheres to a mutli-faceted approach to environmental excellence. The school exemplifies sustainable architecture in its conception and design, ranging from passive climate control systems to the construction itself. With the intention of employing innovative thinking in construction methods, prefabricated systems have been used for the structure, facade and partitions. These systems have enabled the architect to reduce construction time considerably, provide construction elements of outstanding quality, reduce noise and dust emissions and lower the time and waste generated by the construction process itself.

The prefabricated structure is based on the Deltamix system, composed of reinforced concrete pillars sized for one or several floors, pre-stressed hollow-core slabs and DELTABEAM concrete-steel beams. These beams feature a metallic core, which creates a concrete-steel beam when joined to the hollow-core slabs. This beam is highly resistant to flexion, torsion and shear stress and also has excellent fire-resistant properties.

One of the notable advantages of this system is the total absence of suspended beams below the frame of the hollow-core slabs, allowing for thin flat slabs with bases of minimum thickness. Other advantages offered by this system include the reduction in overall construction time and the ability to capture light up to 12 meters with large open spaces. Additionally, the system offers fire resistance up to 180 minutes, elimination of the need for bracing, better acoustic insulation and minimization of the period of environmental impact. It increases the buildings durability with the use of better materials and high-quality products as well as making waterproofing easier. The system also optimizes the buildings life cycle, facilitates the making of spaces of diverse sizes and makes the assembly process safer. Efforts to partition spaces and construct holes for electrical systems as well as other installations are minimized and slabs are reduced to its optimal thickness.

The facades are made of 15 cm or 20 cm-thick prefabricated exposed concrete panels that are painted in one of six different colors or left with an exposed concrete finish. The prefabricated panels are reinforced with an interior double drywall sheet that is 13 mm thick. The 46 mm frame with insulation and the air chamber allows for adequate thermal and acoustic insulation.

The anchoring systems of the upper and lower parts of the panels are exceptional. On the upper portion, anchoring is embedded into the slab when the wall runs parallel to the hollow-core slabs. When the wall is oriented perpendicular to the slabs, the vertical panels use embedded “L” profiles at the top to fasten the beams or the slabs. The bottoms feature U-shaped buttresses so that the base of the facade can be connected to the pavement.

In addition to these tactics, it utilizes renewable energy systems such as photovoltaic or solar panels to satisfy the buildings energy demands. To ensure significant energy savings, both in terms of heating as well as electricity consumption, the architect has specified double walls with thermal inertia complemented by exterior doors and windows with thermal breaks. Other energy-saving tools include the placement of mechanisms to control the interior solar light level, water-saving mechanisms and presence detectors in the rest rooms and changing rooms to control the use of artificial light.