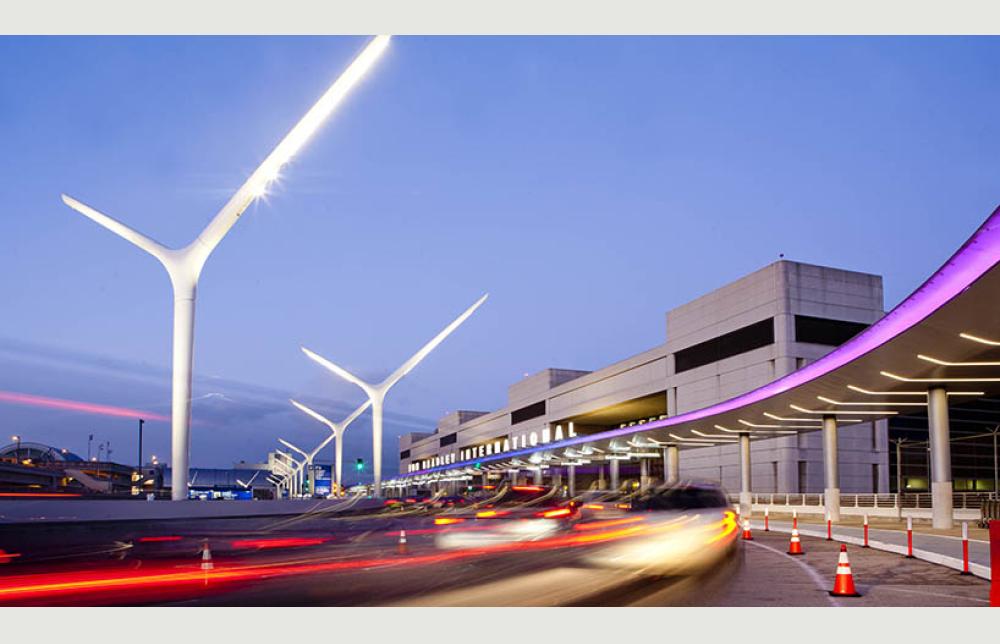 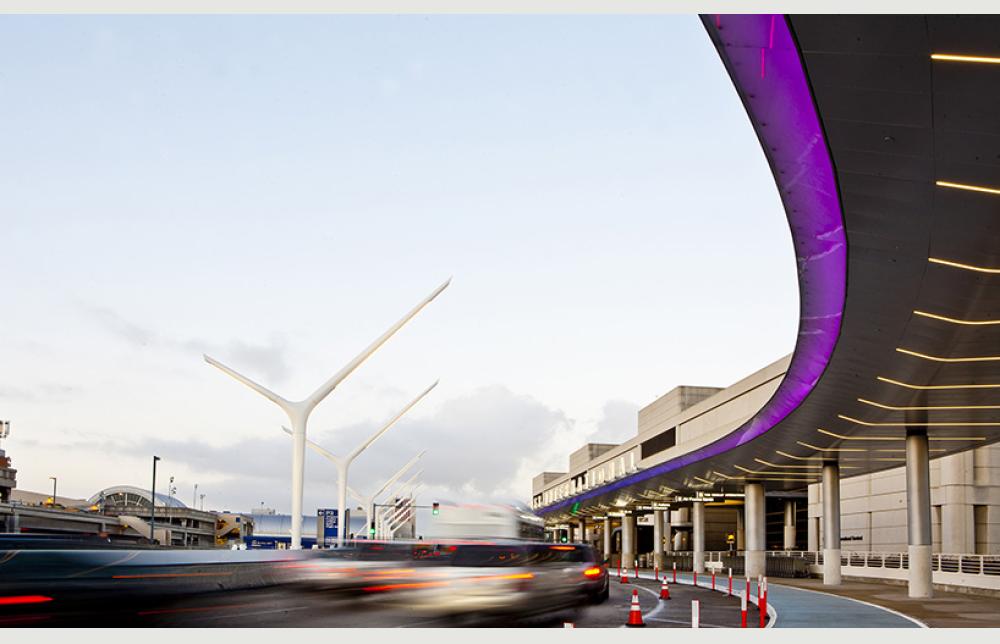 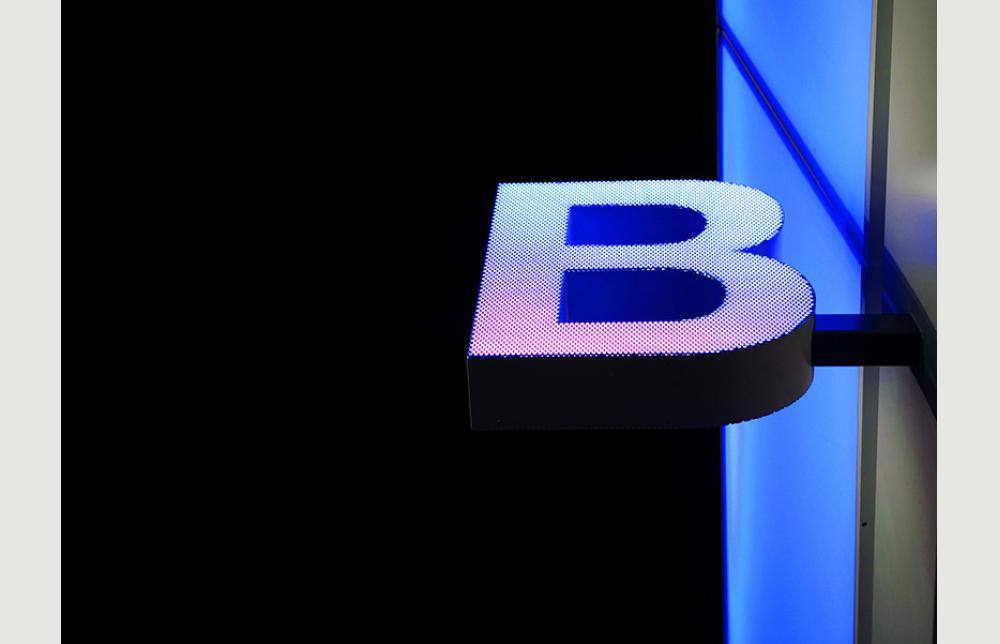 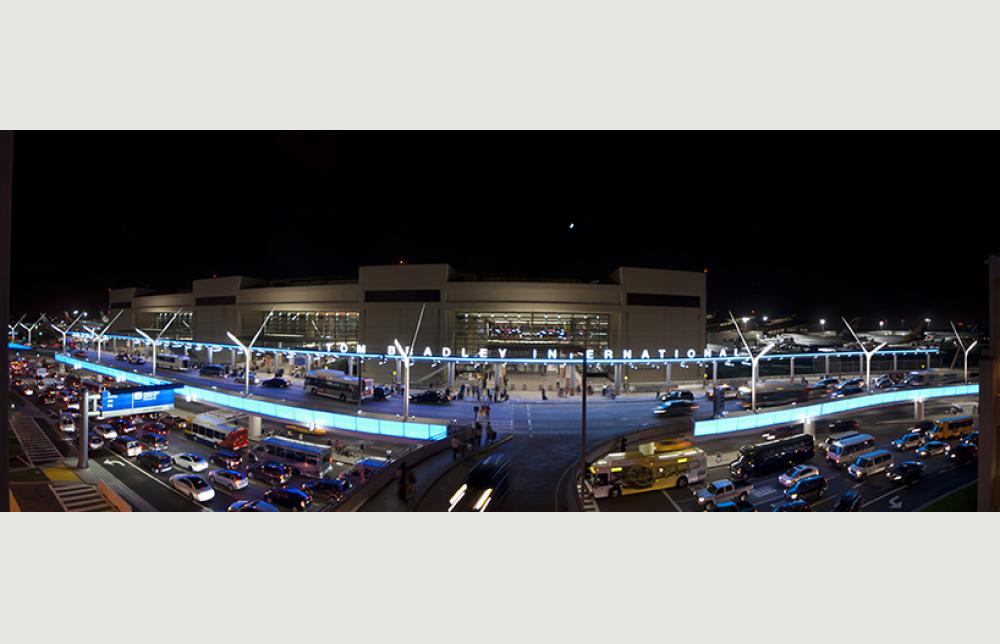 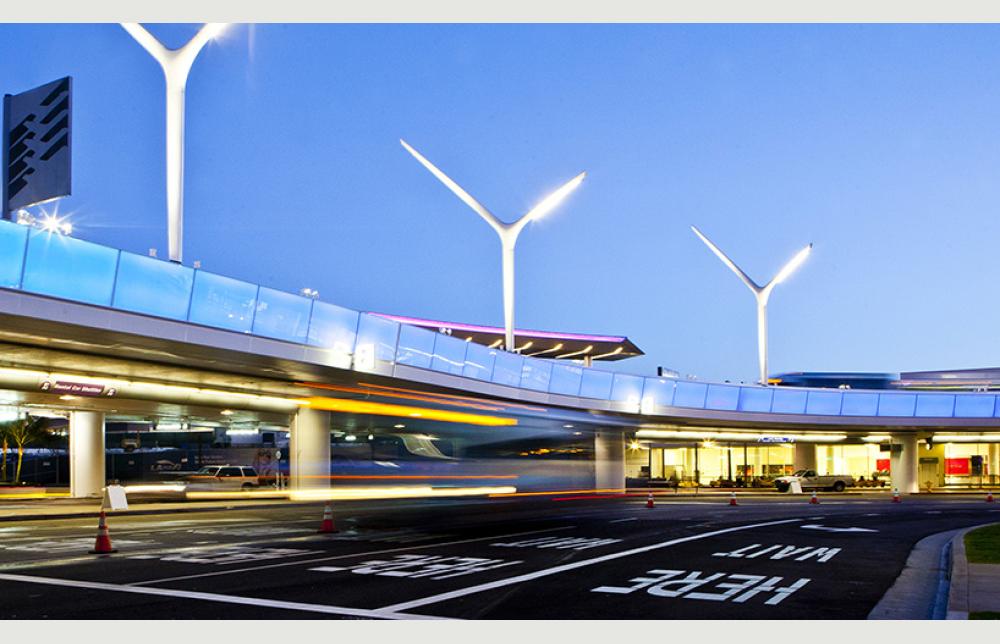 Los Angeles International Airport (LAX) is undergoing significant changes to improve the experience of travelers at the airport.

Thursday, June 20, 2013, marked a significant milestone in this endeavor — the unveiling of Phase I of the LAX Enhancements project designed by AECOM.

Upon arrival at the New Tom Bradley West International Terminal, the Enhancements project is the first element of the new LAX experience to capture the traveler’s attention. The project revitalizes the Central Terminal Area (CTA) — the one mile roadway area between the parking structures and the eight terminals — through an artful integration of architecture, lighting and graphics. This renovation unites disparate components of the CTA, inserting grand gestures that draw from key existing elements, such as the airport’s signature 1960’s Theme Building and the entry light pylons, while providing a unifying architectural hierarchy.

The enhanced CTA is articulated with a polychromatic light ribbon that is synchronized with the entry pylons; the light ribbon defines the elevated roadway edge and is modulated with three-dimensional super-graphic terminal identifiers and 91 white sculptural light poles. The project amplifies at the airport’s midpoint and largest terminal, the Tom Bradley International Terminal, where a series of aerodynamic metallic canopies will replace the existing structures.

“The LAX Enhancements project will dramatically improve the LAX traveler’s experience with a design that captures the spirit of Los Angeles” said Jed Zimmerman, AECOM principal and LAX Enhancements architectural project director. “The design functions as a kit of parts that can be easily phased and built upon for all future enhancement projects.”

With Phase I of the LAX Enhancements project complete, Phase II is scheduled to open in 2015.  The New Tom Bradley West International Terminal designed by Fentress Architects opened June 20th as well.