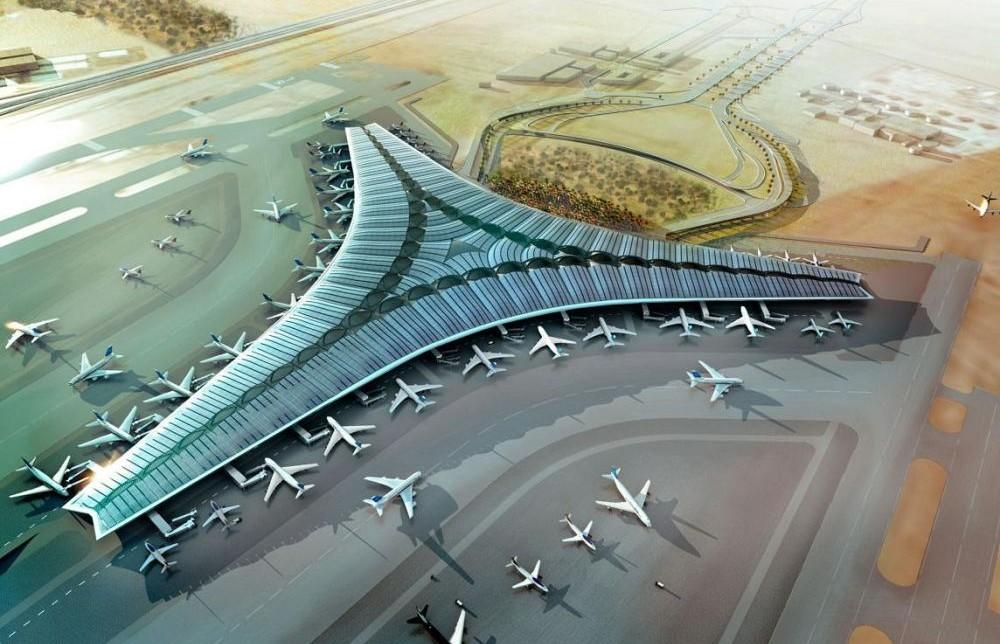 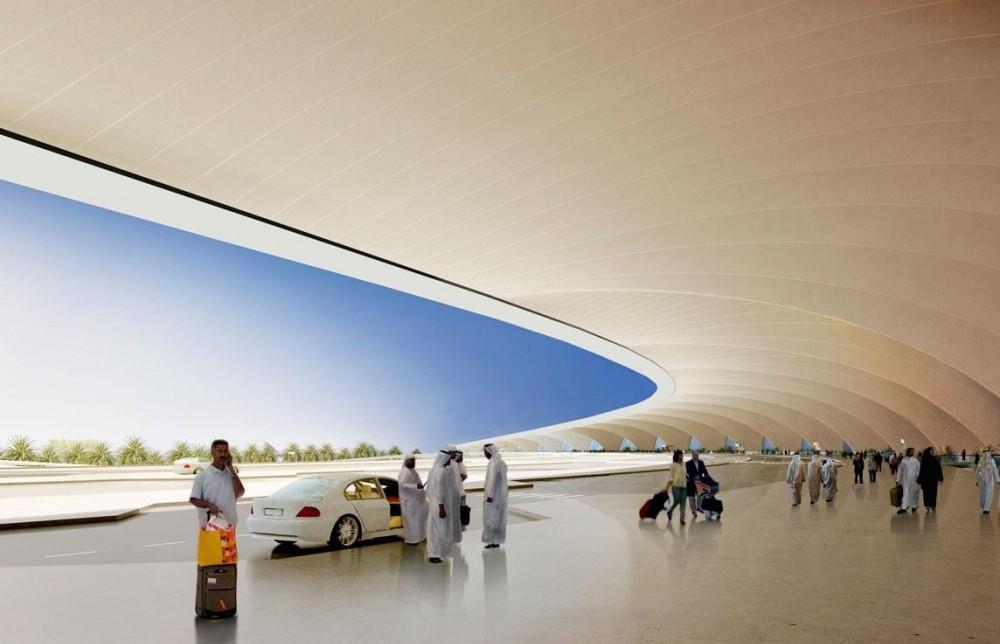 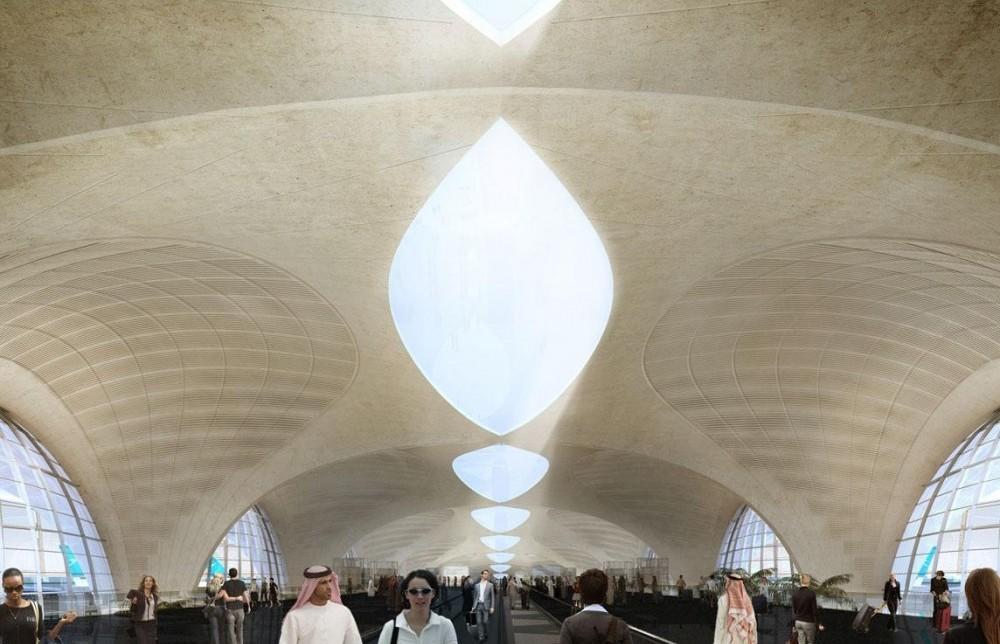 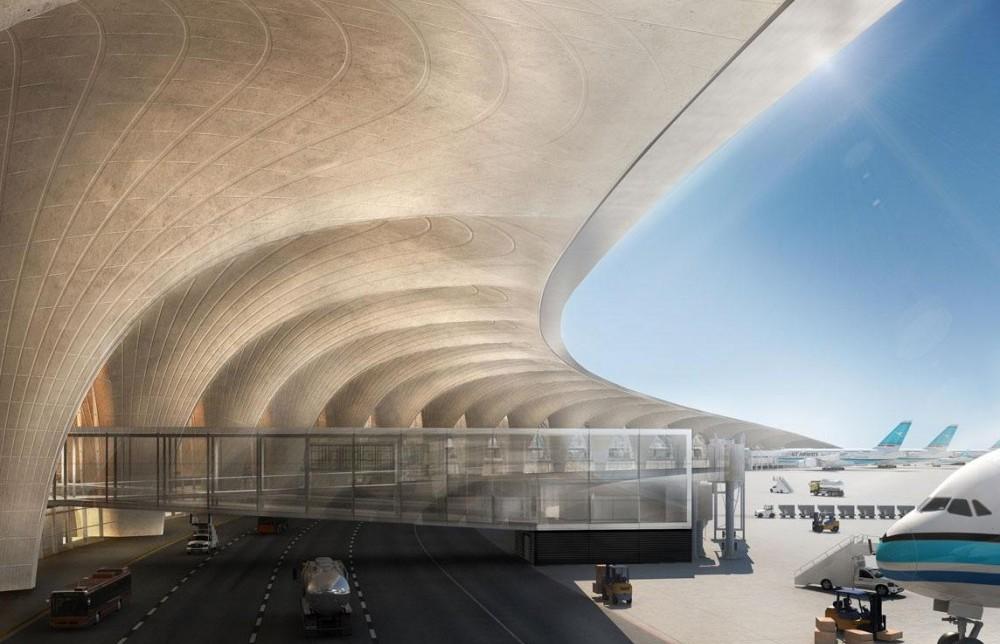 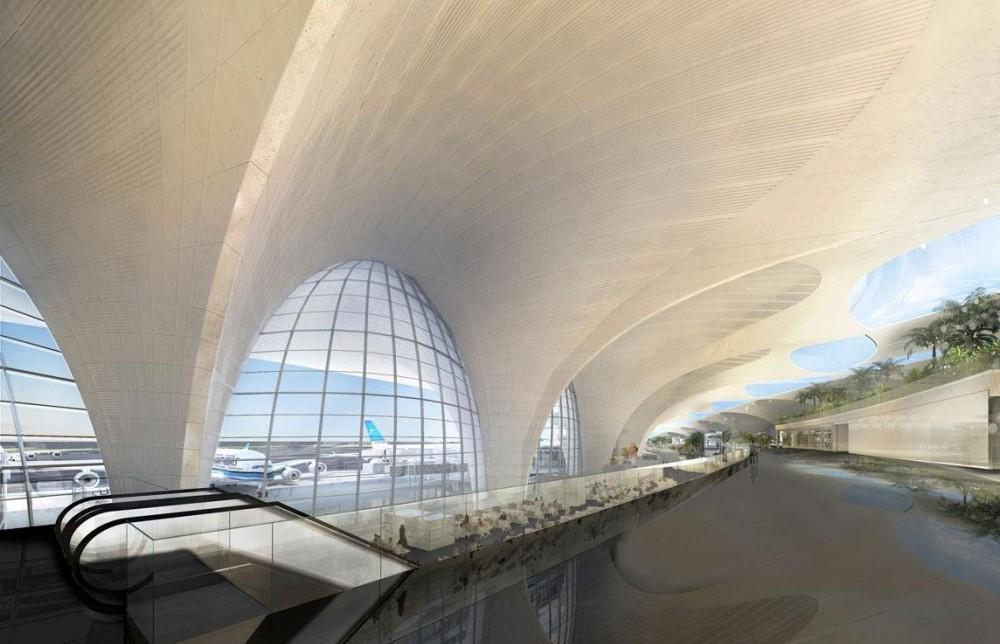 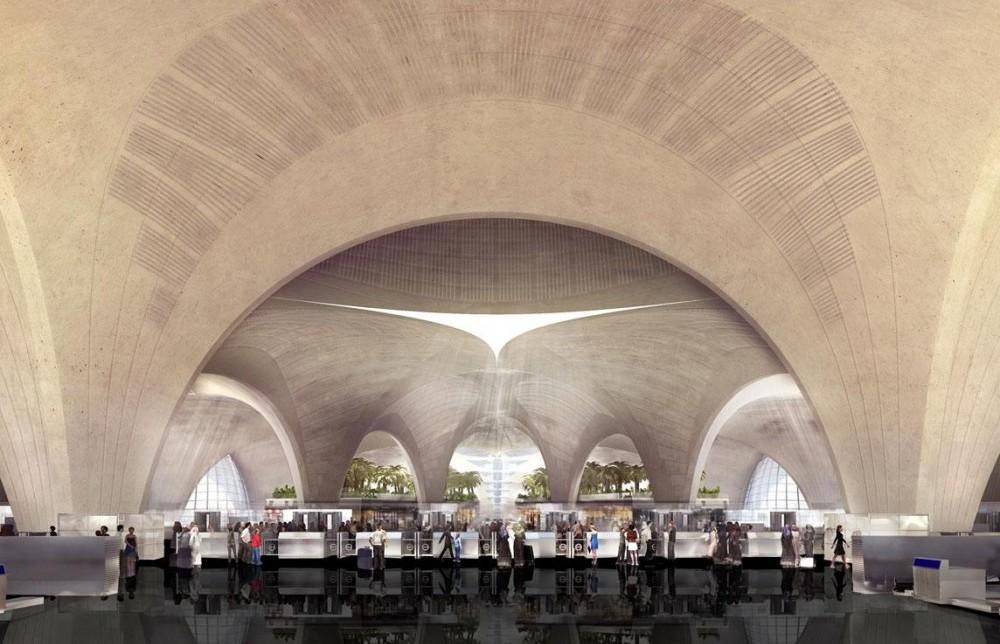 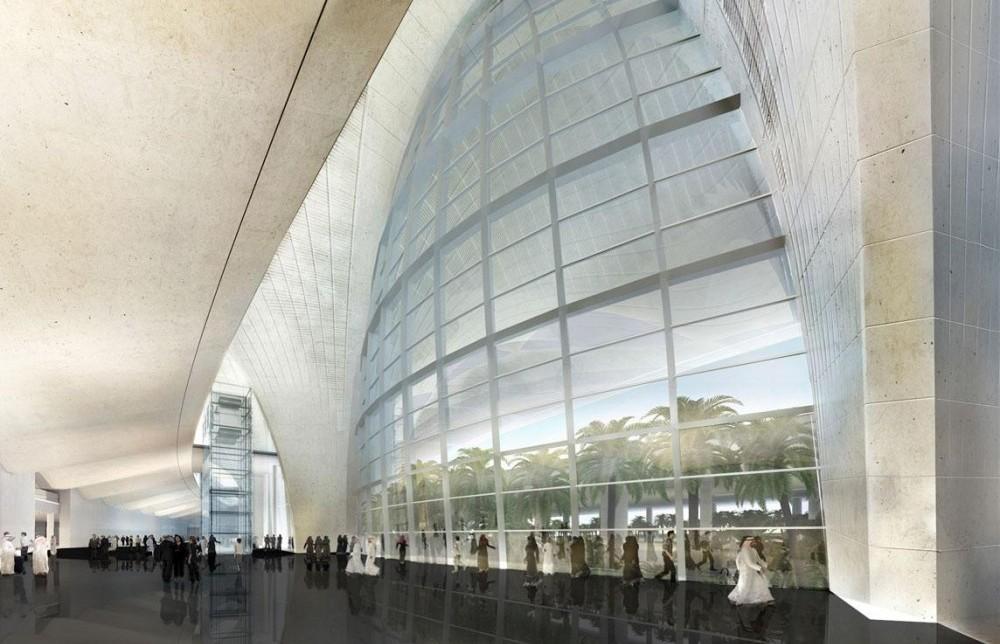 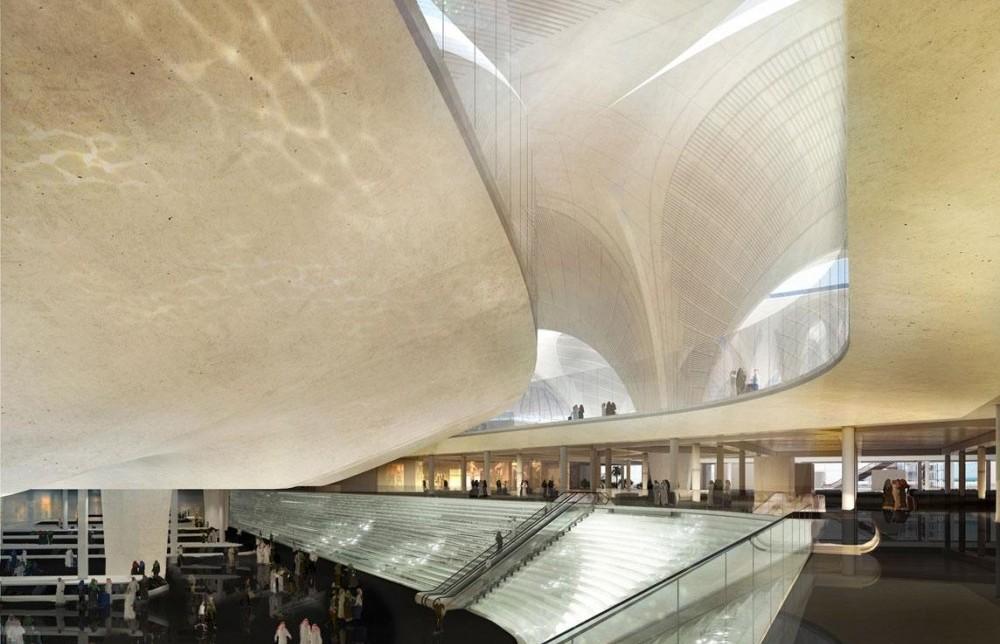 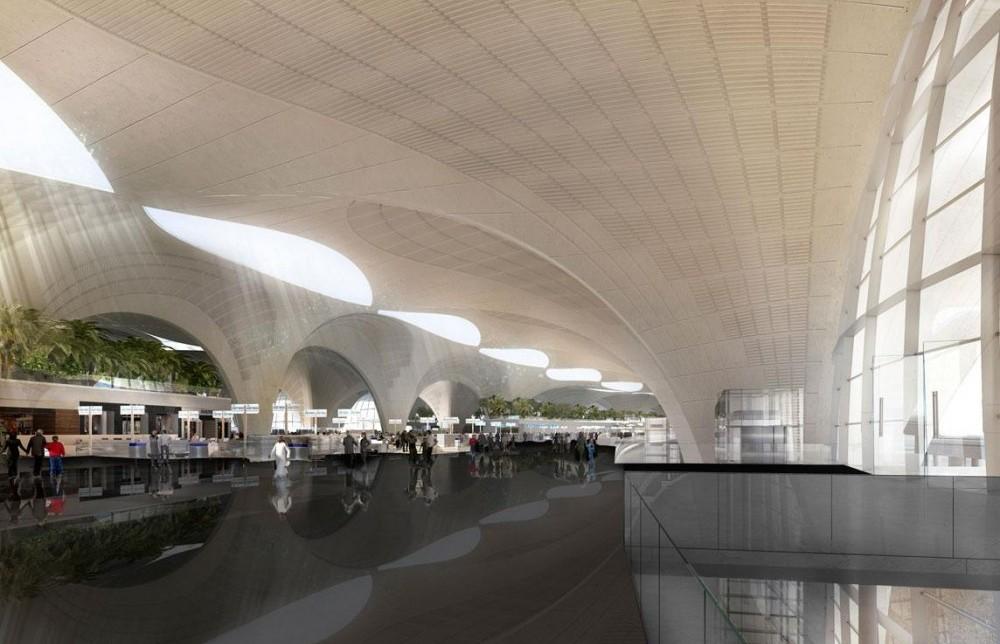 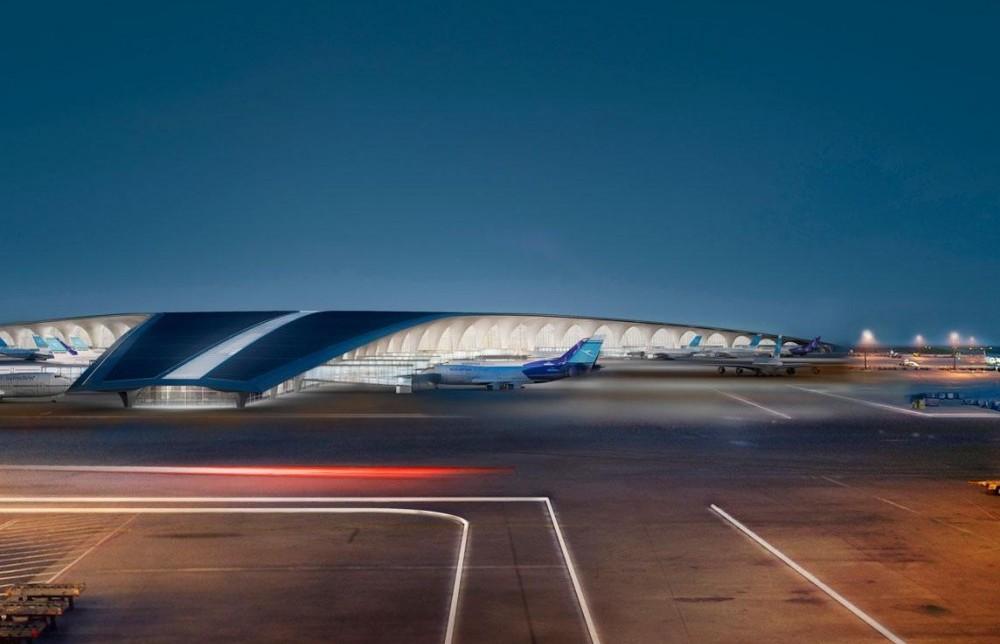 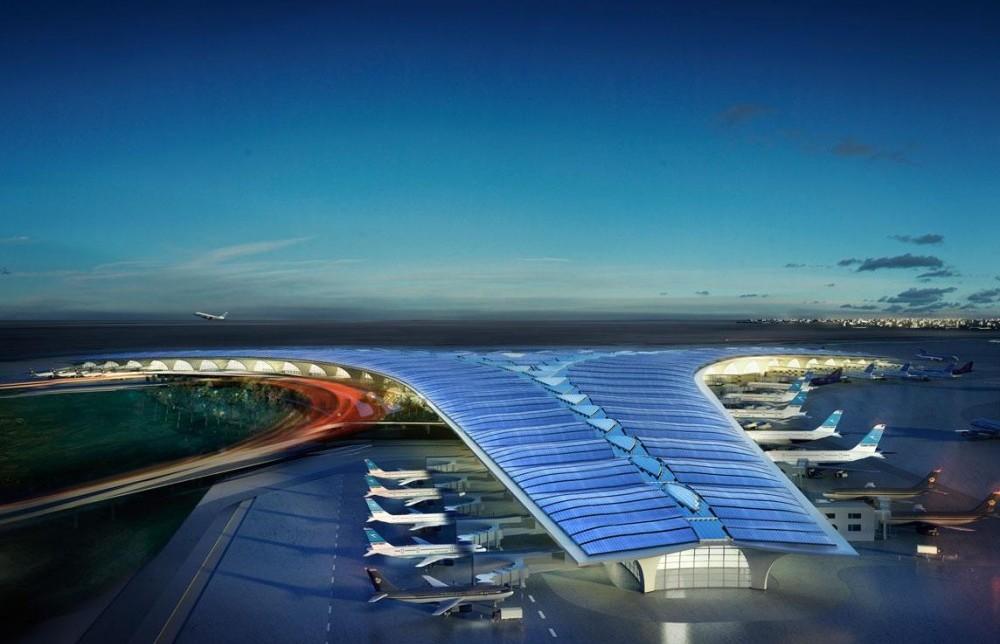 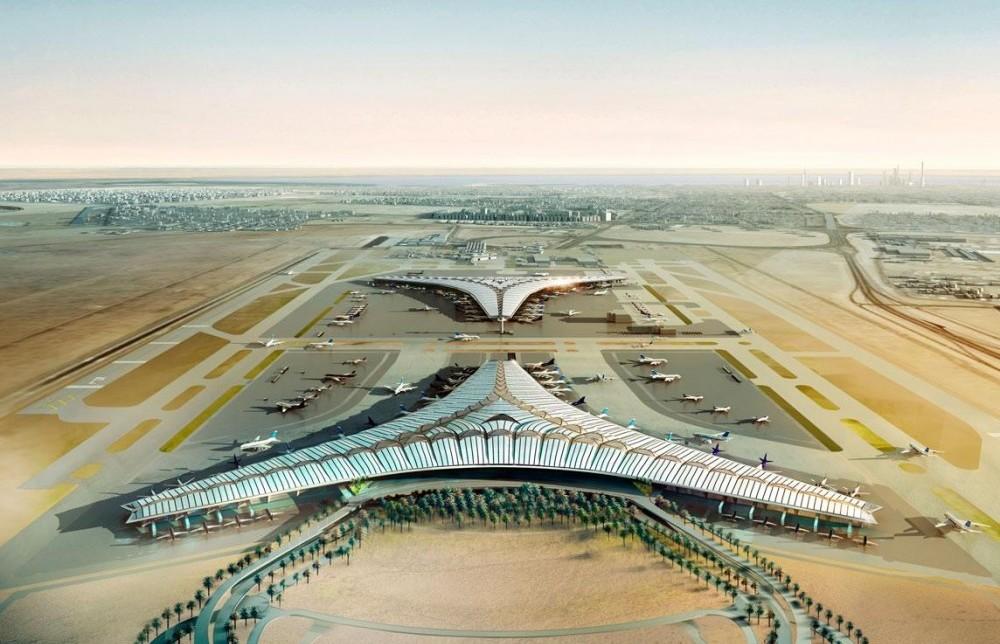 Kuwait International Airport is planned to significantly increase capacity and establish a new regional air hub in the Gulf – the project’s strategic aims will be matched by a state-of-the-art terminal building, which will provide the highest levels of comfort for passengers and will set a new environmental benchmark for airport buildings. Its design is rooted in a sense of place, responsive to the climate of one of the hottest inhabited environments on earth and inspired by local forms and materials. The terminal has a trefoil plan, comprising three symmetrical wings of departure gates. Each façade spans 1.2 kilometres and all extend from a dramatic 25-metre-high central space. The terminal balances the enclosure of this vast area with a design that is highly legible at a human scale – for simplicity and ease of use there are few level changes. To further aid orientation, the building is planned under a single roof canopy, punctuated by glazed openings that filter daylight, while deflecting direct solar radiation. The canopy extends to shade a generous entrance plaza and is supported by tapering concrete columns – their fluid, organic forms draw inspiration from the contrast between the solidity of the stone and the shape and movement of Kuwait’s traditional dhow sailing boats. The project targets LEED ‘gold’ – it aims to be the first passenger terminal in the world to attain this level of environmental accreditation. The concrete structure provides thermal mass and the roof incorporates a large expanse of photovoltaic panels to harvest solar energy. Foster + Partners has designed a flexible masterplan for the site, with the terminal strategically located to anticipate and enable future expansion. The airport will initially accommodate 13 million passengers per year, with the flexibility to increase to 25 million passengers and to accommodate 50 million passengers with further development. Mouzhan Majidi, Chief Executive of Foster + Partners, commented: “The scale of the airport shows Kuwait’s great foresight in recognising the benefits of strategic investment in future infrastructure. The environmental ambitions driving the project are equally impressive. We are pleased to have this opportunity to reveal our designs. The emblematic three-winged form will be as memorable from the air as from the ground – a new symbol of contemporary Kuwait, which resonates with its rich culture and history.”