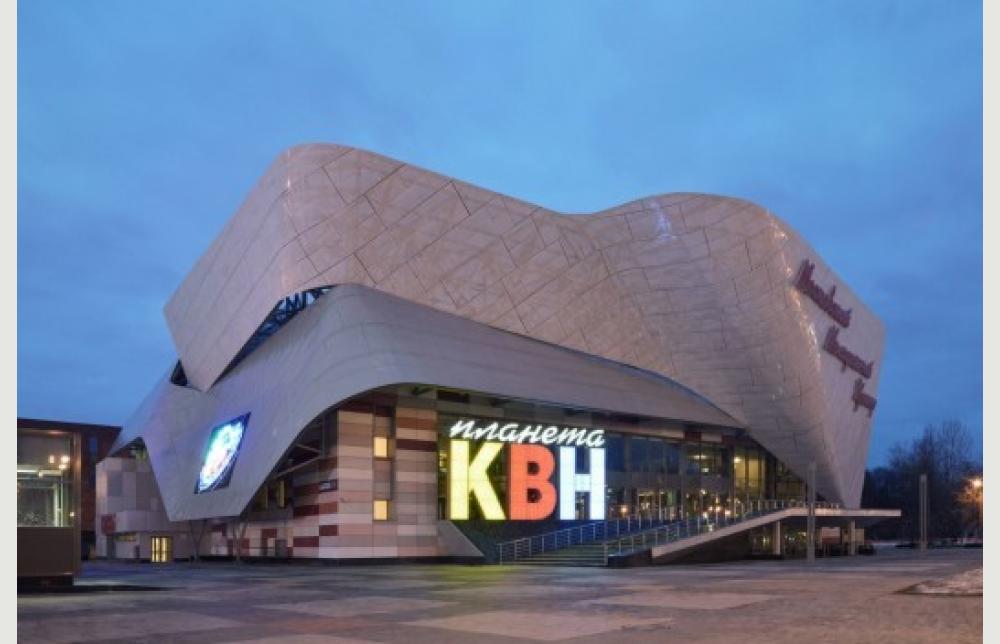 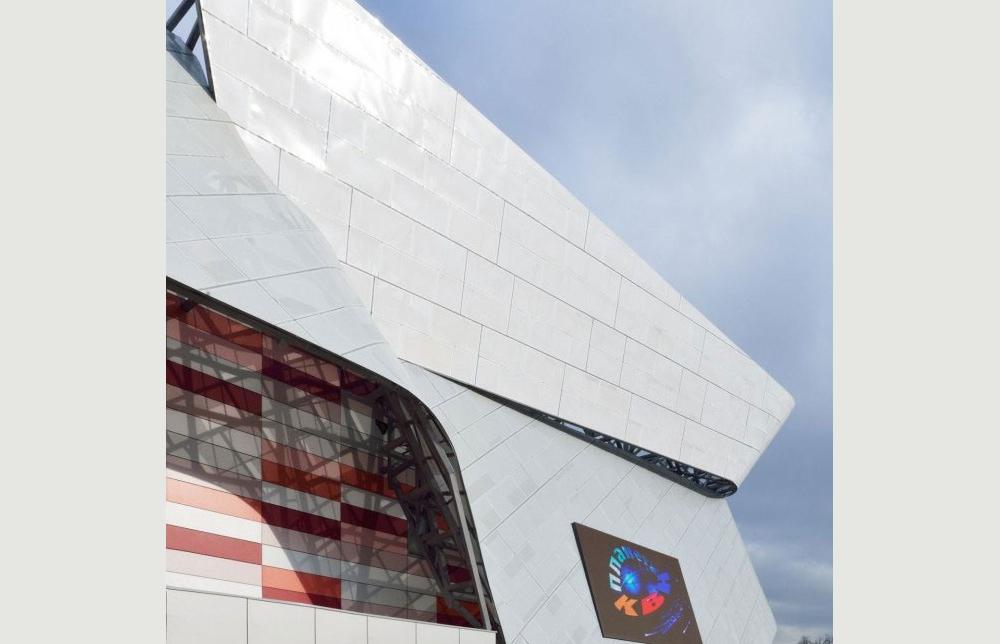 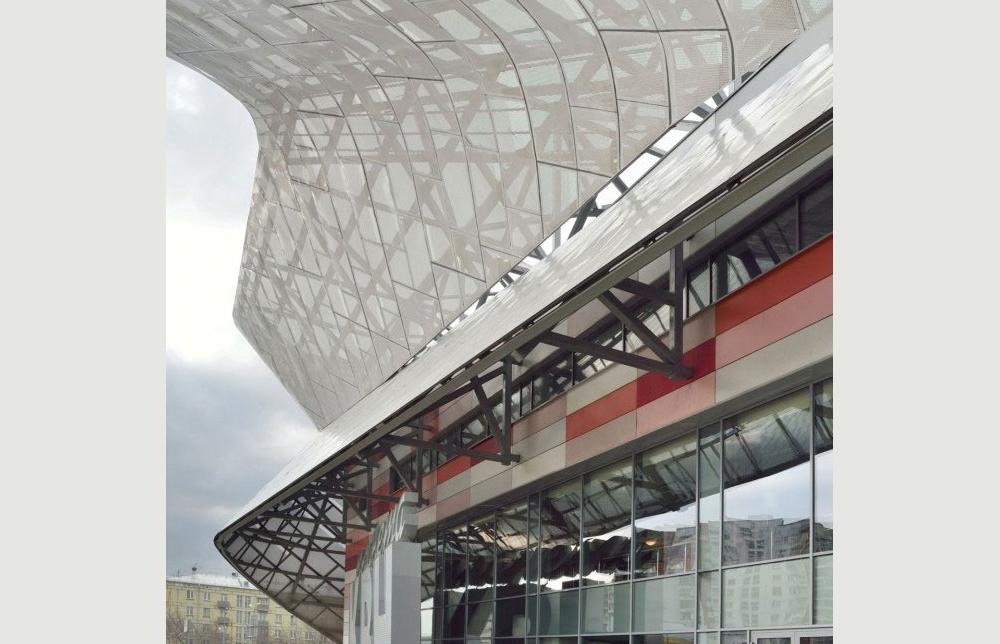 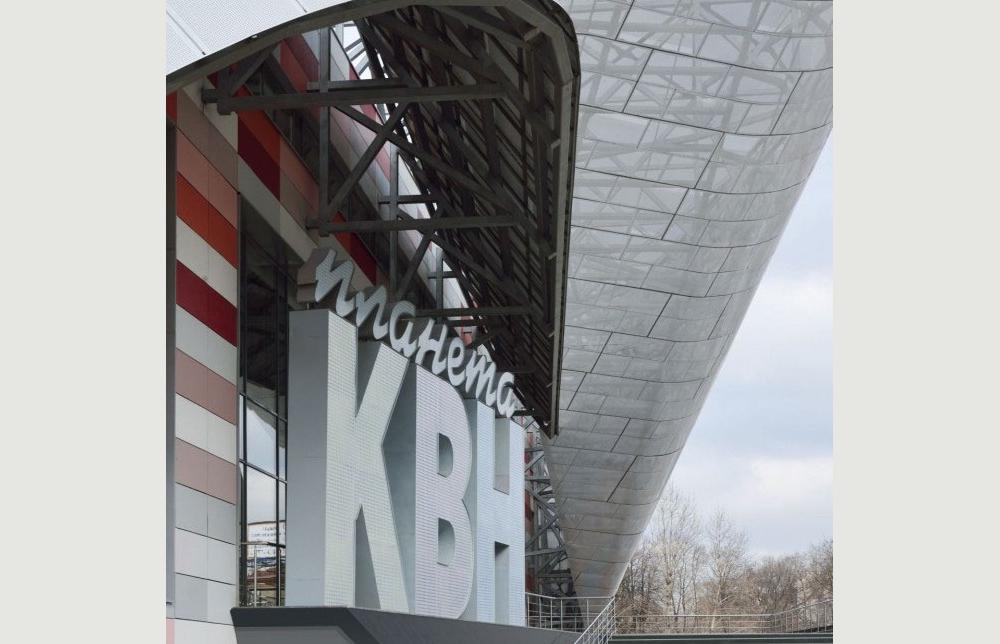 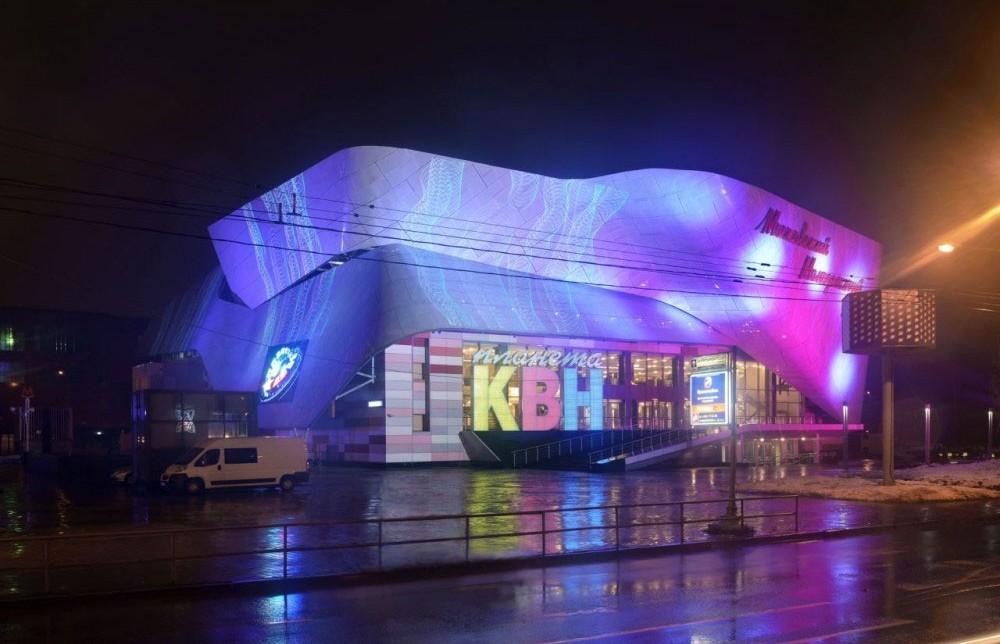 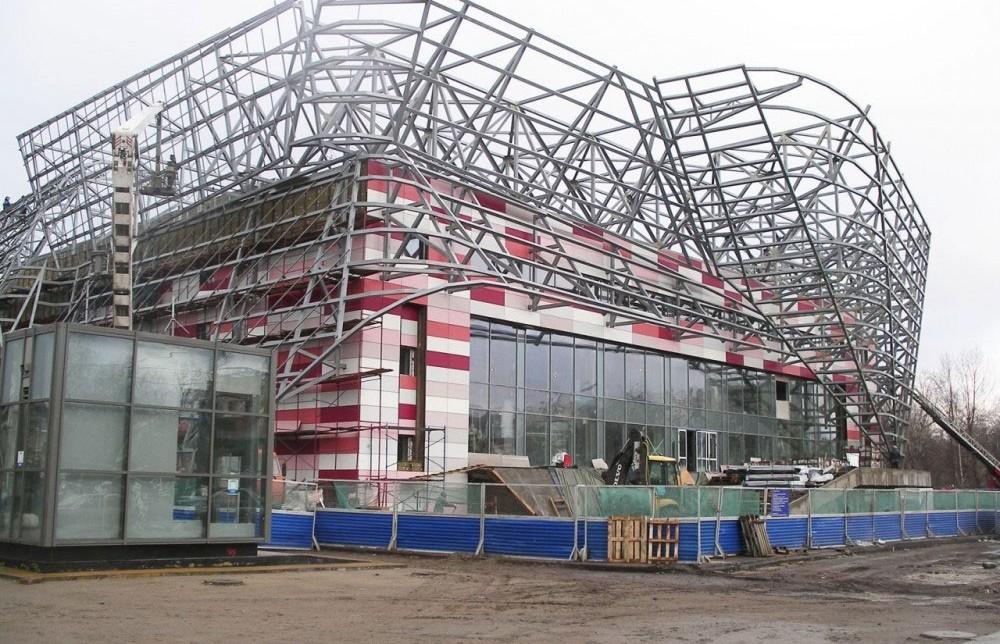 The former cinema was redesigned to become headquarter of so named “Club of cheerful and resourceful” (KBH) – the popular Russian TV-show and international intellectual game. The initial project for cinema was made in the 1980-s. It was nice example of international style with rectangular volume and classical proportions of entrance portal, oriented to the main of two streets intersected nearby. Since then the tunnel was organized right in front of the cinema and demolished the opportunity to observe the building. At the same time transport situation of adjacent crossroad became much more dynamic (static also while traffic jams). The metro-station appeared on the corner.

So participating in the competition for reconstruction in the beginning of 2012 architects proposed to accentuate the corner of existed volume. They wrapped it with two curved planes that meet each other on the corner being inclined oppositely to earth and sky. There was an idea to use special textile, but the client asked to change the material for perforated steel. Still it didn’t spoil the whole idea of much more contemporary image that visualize transport context of this city site.