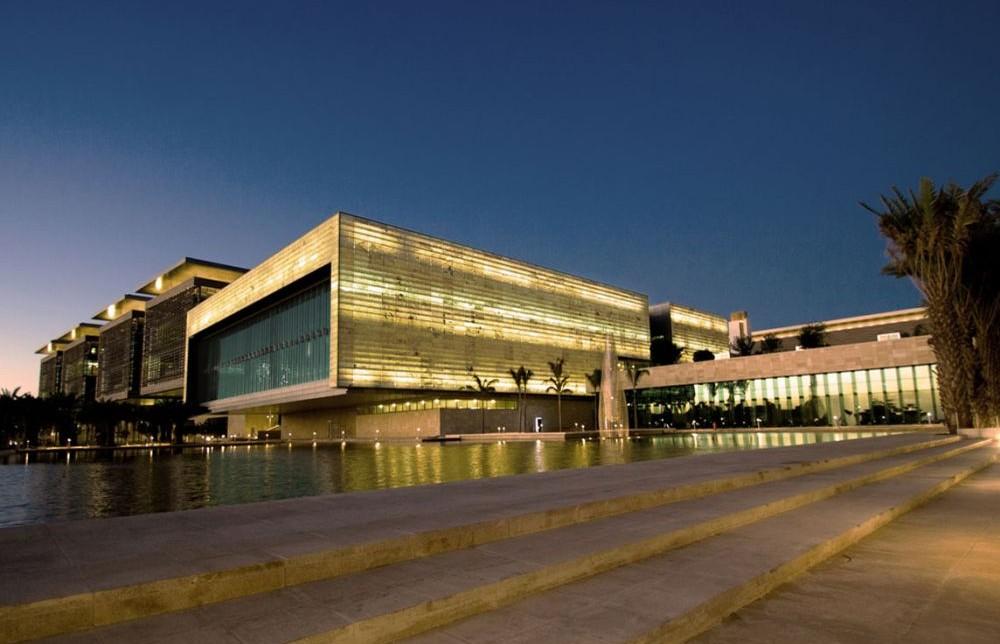 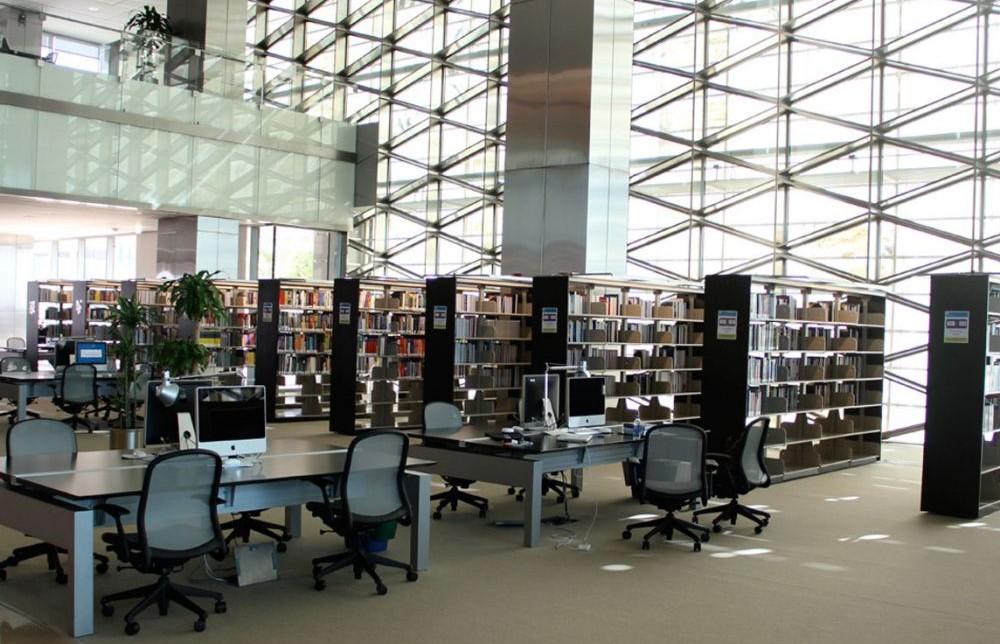 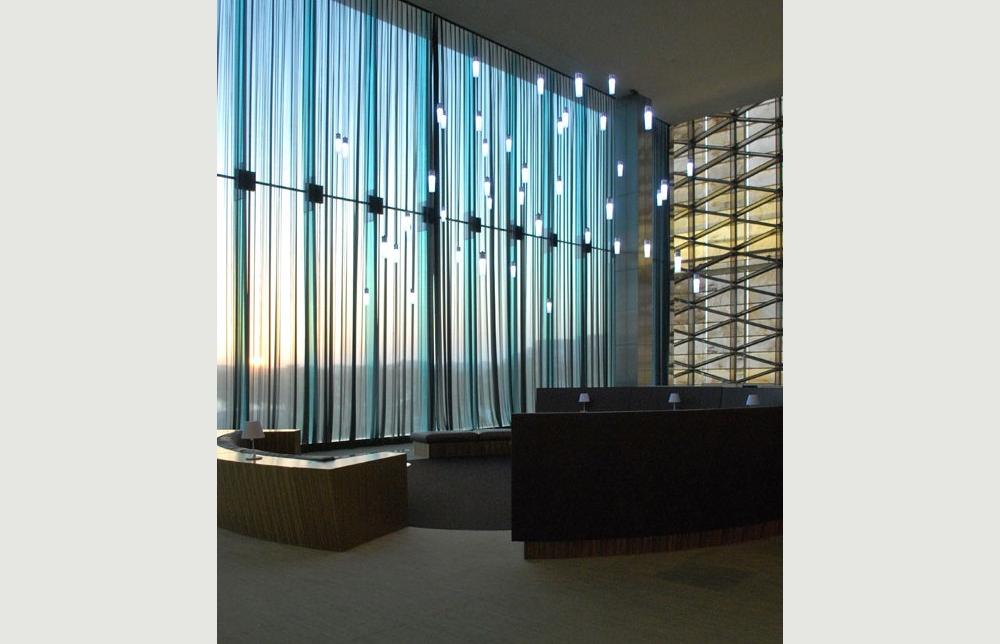 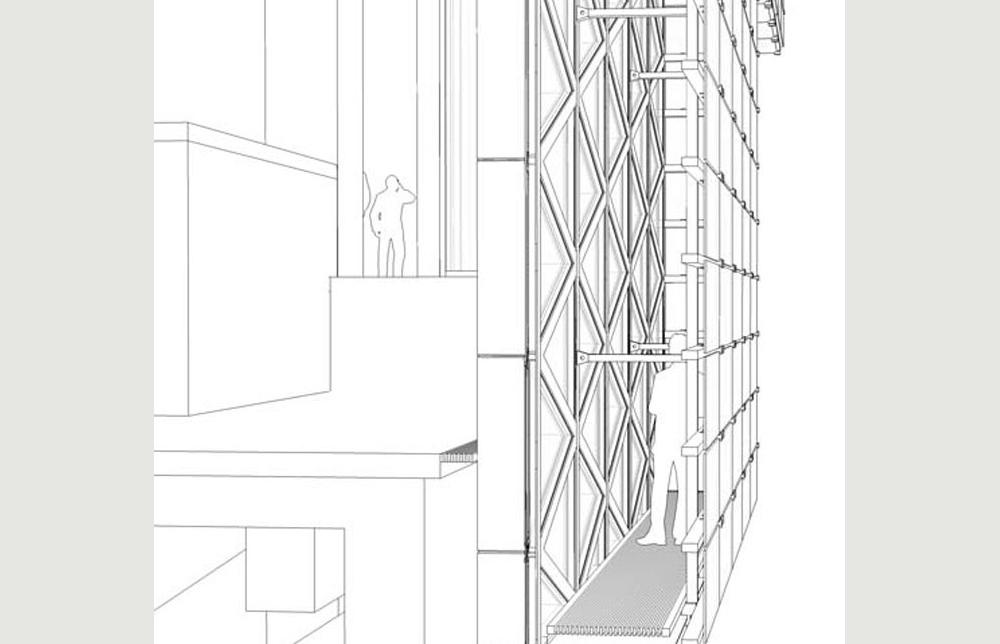 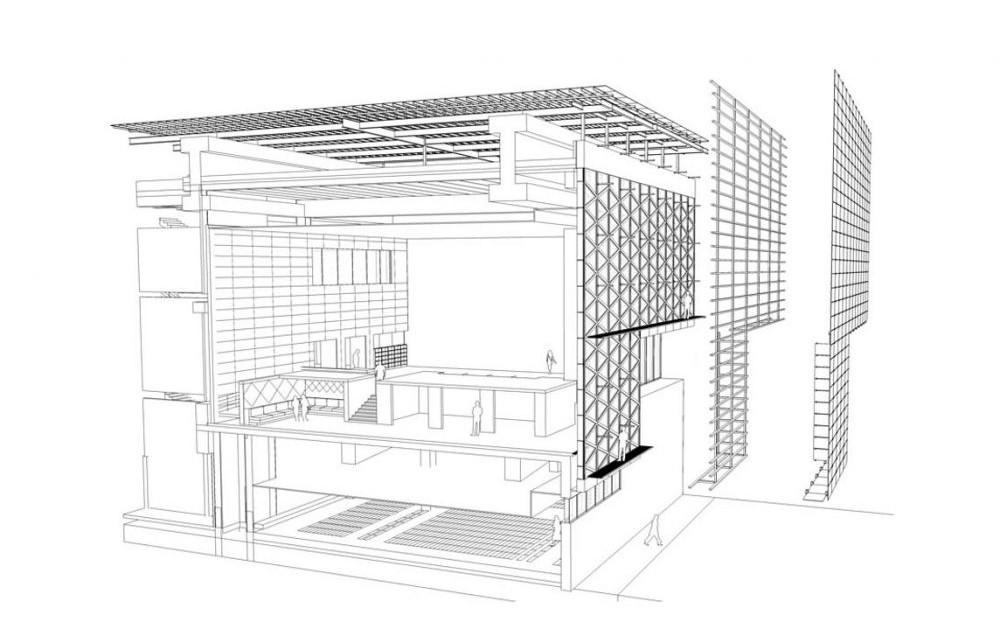 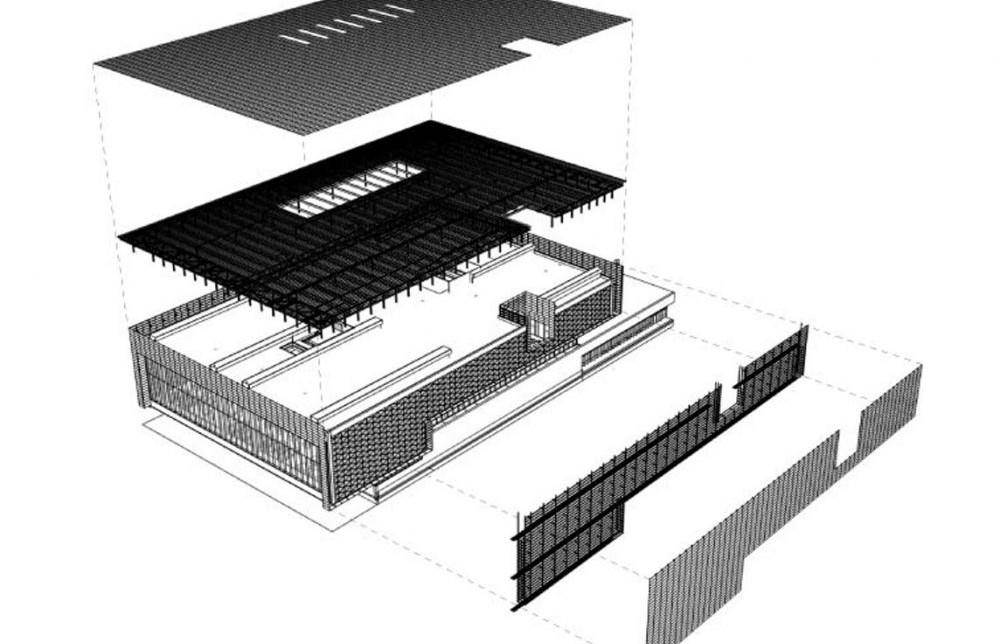 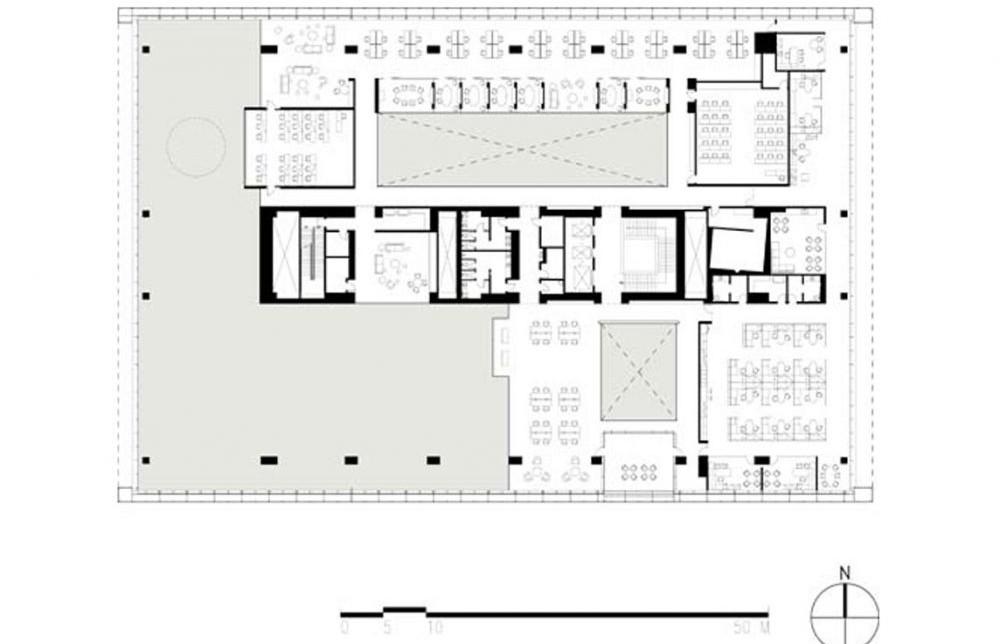 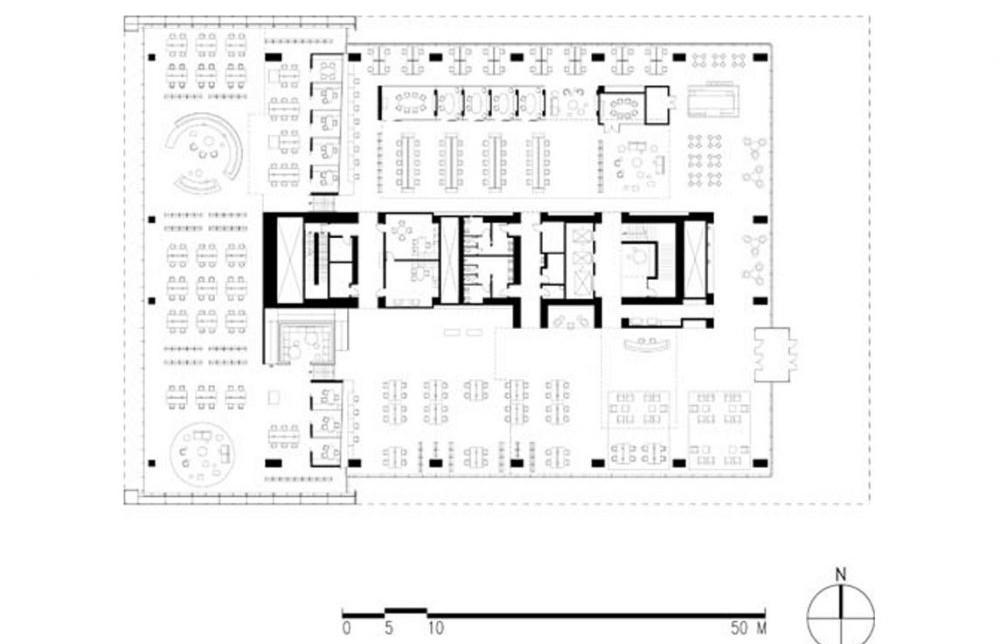 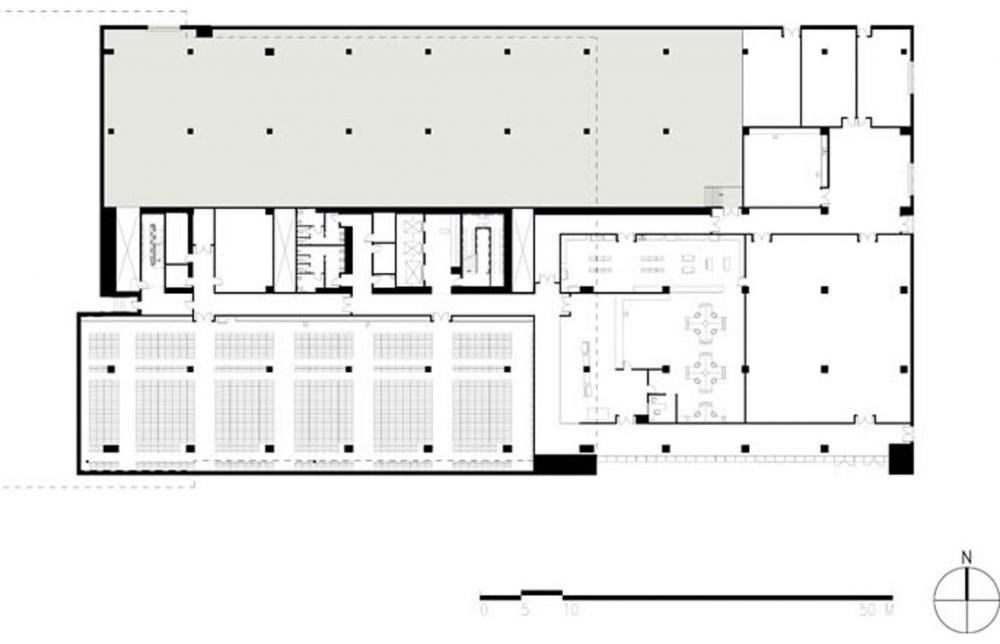 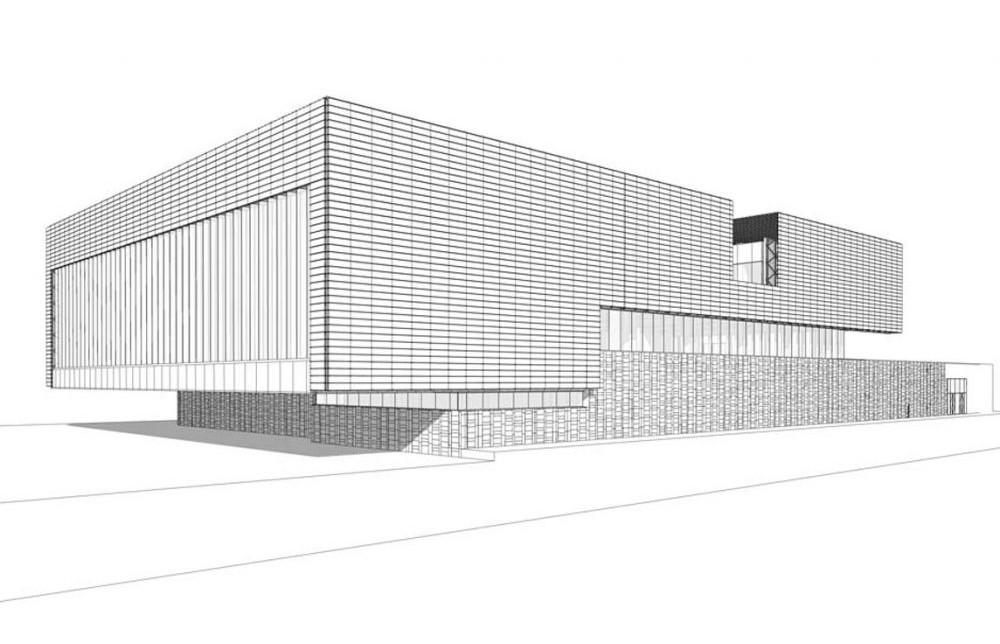 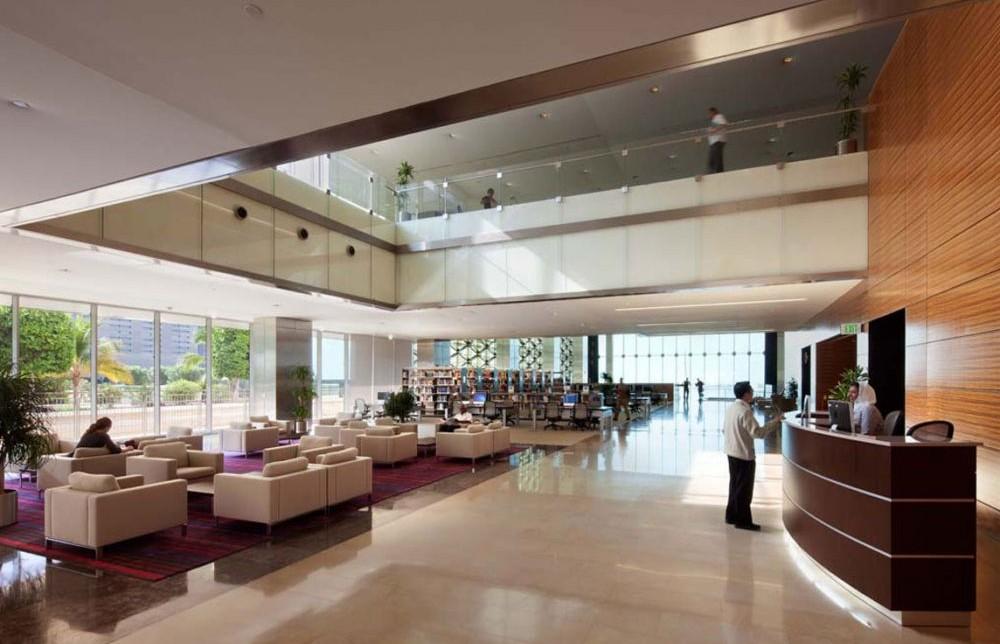 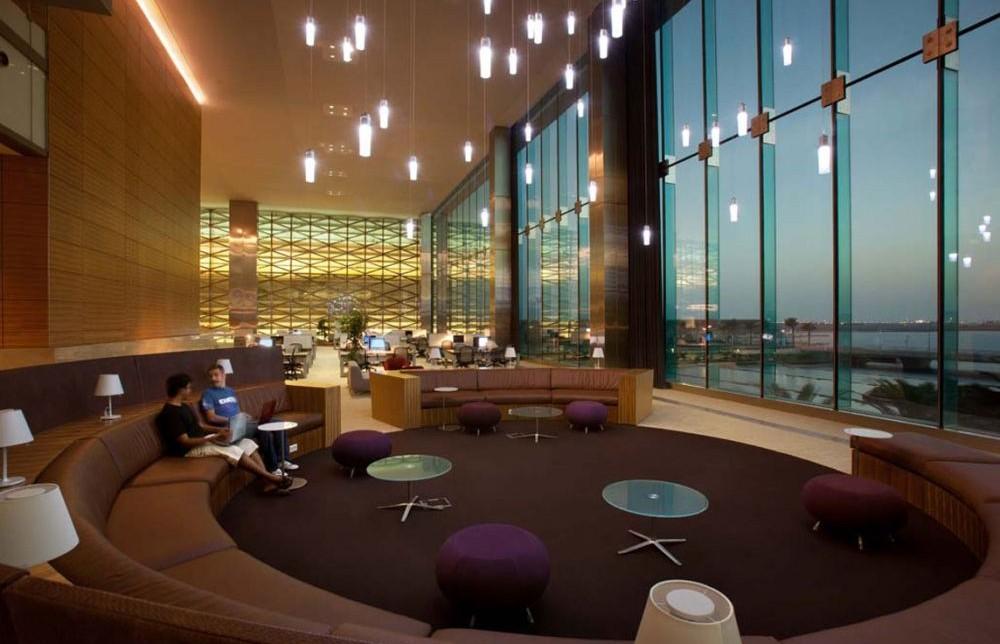 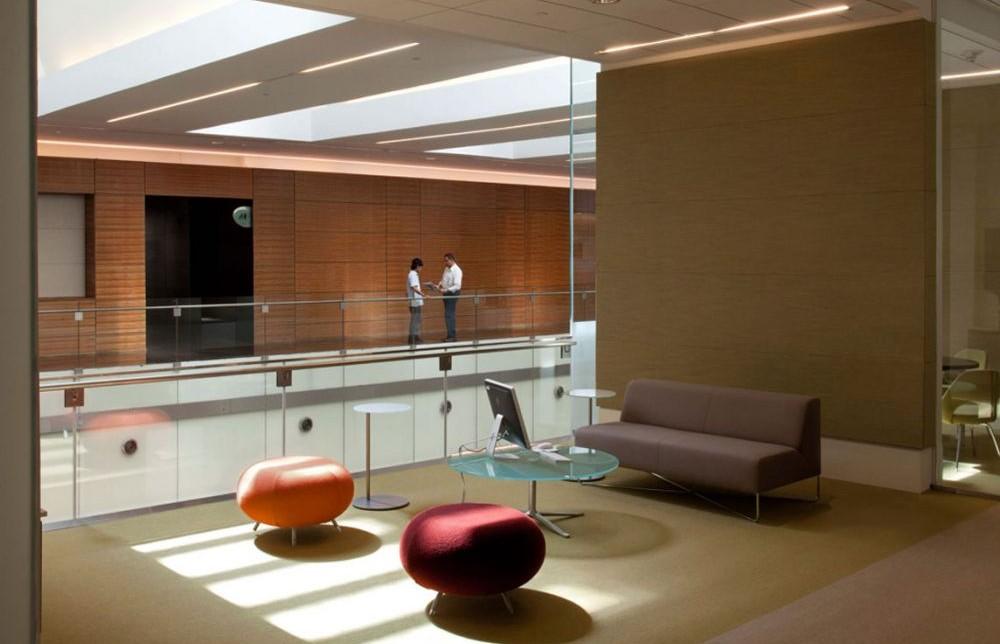 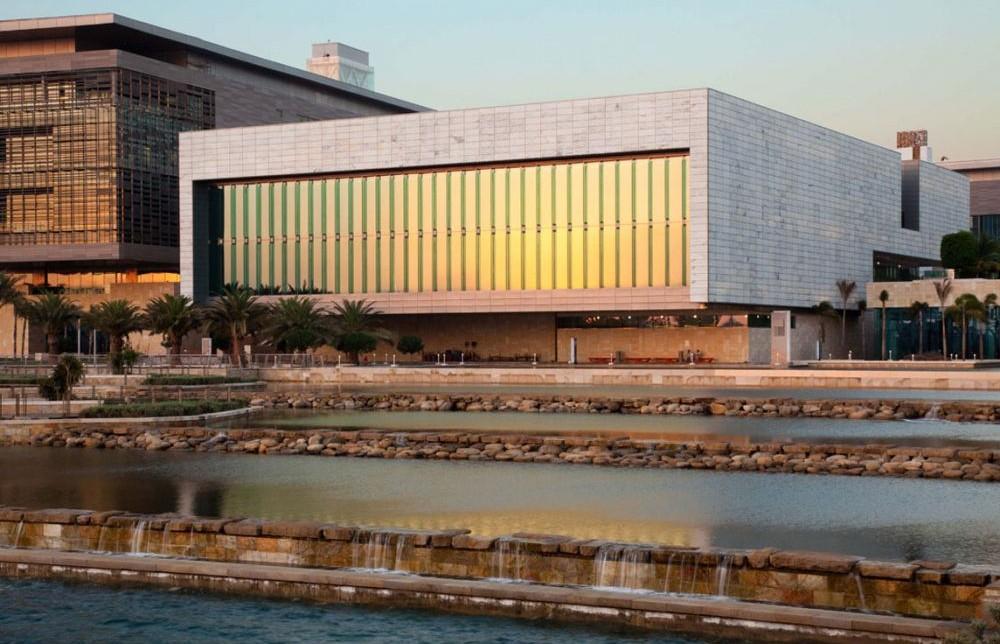 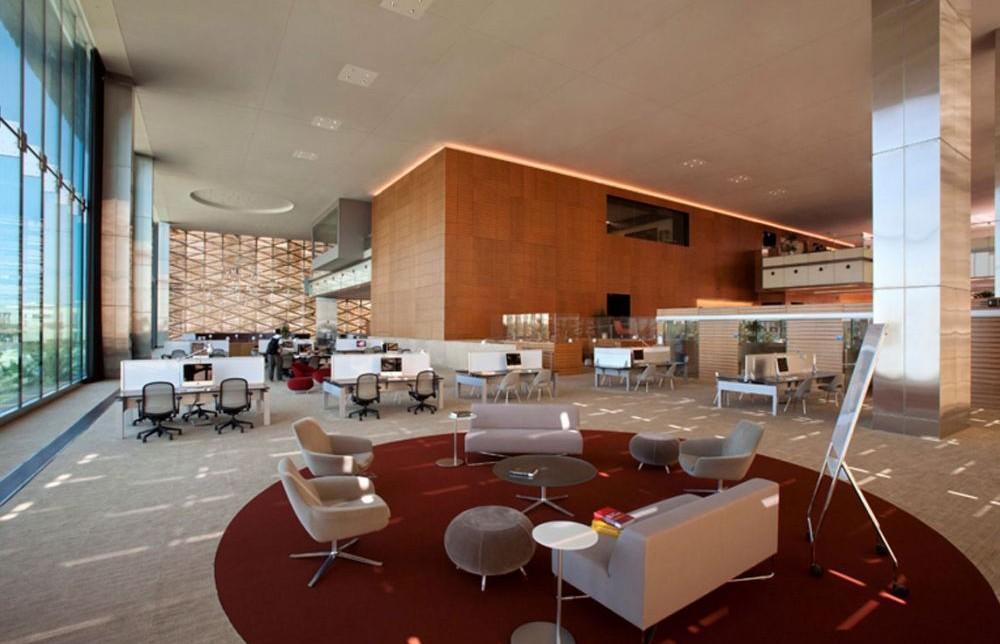 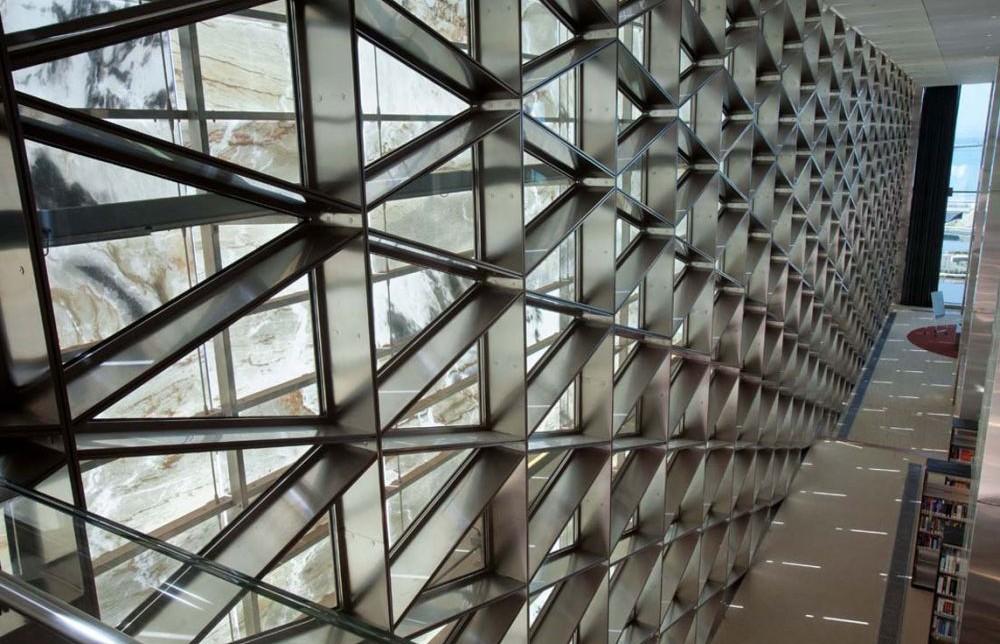 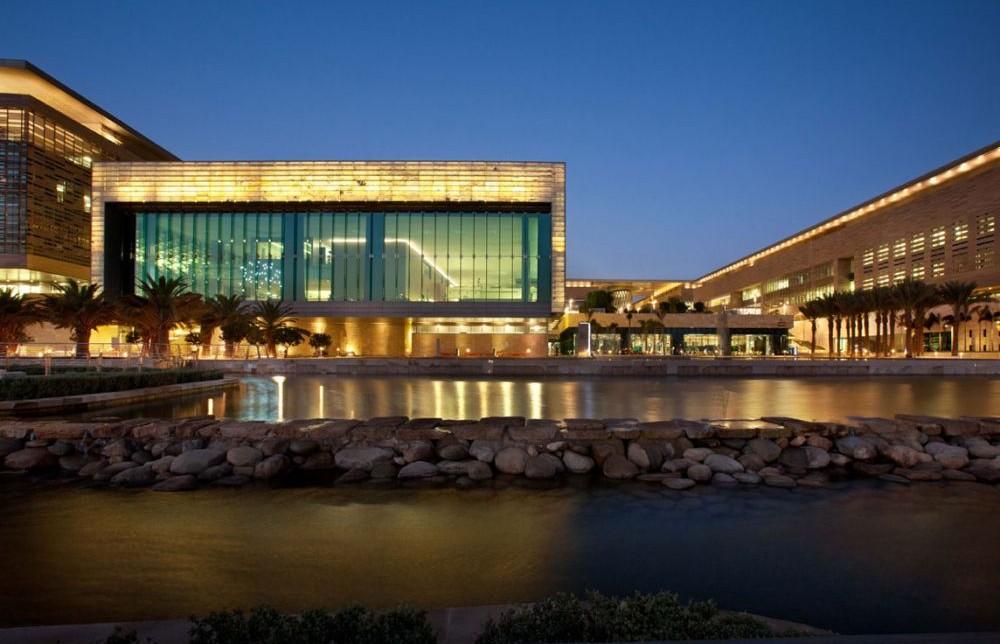 King Abdullah University of Science and Technology KAUST is a new international, graduate- level university in Saudi Arabia, located on the east coast of the Red Sea. The university is a living laboratory for scientists pursuing groundbreaking sustainable technologies, including alternative energy and water desalinization.

Situated at the heart of the university is the 140,000-square-foot academic library. Because promoting interaction and collaboration between students of different disciplines was a priority, the library was designed as a gathering point for the diverse university community. The client also sought to be technologically advanced in the way that students access information, creating a new type of space that challenges ideas about a typical library. Finally, the library needed to be a model of sustainability.

The library embodies KAUSTs identity as a contemporary global center for scientific thinking while remaining rooted in local culture and place. The planning of the library challenges normative library science by de-emphasizing the library as a repository of books while emphasizing the social dimensions of learning and access to knowledge through technology.

Though it is constructed in a modern tectonic language, this library makes poetic allusions to Arabic architecture, recalling the traditional House of Knowledge a place of gathering and learning. KAUSTs library serves this function, providing informal settings for scientists to share thoughts and ideas. A caf at the entry and group study areas and informal lounges throughout the library blur the boundary of formal and informal knowledge sharing. Library patrons are encouraged to interact and socialize, fostering a sense of community. Minimized book collections and shelving allow the computer and media stations to serve as the major source of information.

The library is a simple platonic volume clad with a light-filtering, translucent stone shroud. The shroud and form are manipulated to facilitate the buildings program and give it character. The shroud drapes over the north and south faades, leaving the east and west faades open. This provides grand views of the Red Sea to the west and the campus to the east. Purposeful incisions in the shroud connect it with its surroundings. At the campus plaza level, the shroud lifts to connect the exterior ground plane with the interior. On the south faade, a cut in the shroud and a carve in the mass create a balcony area with expansive views of the campus quadrangle.

Light creates a marvelous sense of temporality that enriches the librarys character and makes it an iconic part of its campus. During the day, the translucent stone of the shroud appears to be solid from the exterior but luminous on the interior, giving the library a robust sense of permanence. In the evening, as the differential light levels between indoors and outdoors flips, the shroud becomes translucent and begins to glow. Through this transformation, the interior is put
on display, and the library becomes a luminous beacon representing KAUSTs identity as a center for thinking, science and learning.

A Model of Sustainability

Because the university focuses on renewable energy sources, sustainability is integral to the projects overall mission. In the context of a formidably hot and humid climate, the team was charged with making the library a low-energy, highly sustainable project aligned with the research mission of the university.

The designers employed several energy conservation strategies. In a fully integrated design process, the architects, engineers and interior designers worked together to design the building from the inside out and from the outside in. Energy modeling began early in the design process and multiple rounds were completed to determine the most efficient energy strategies.

Finally, the library is plugged into a campus-wide renewable energy system that uses large solar PV and solar thermal arrays on roof surfaces to offset energy demands. Even in the extreme climate conditions, the combination of energy strategies resulted in an overall savings of 37.9 percent from the baseline established by ASHRAE 90.1 – 2004.

Water use is strictly conserved. Gray and black water, including stormwater and condensate, is captured, treated and reused for landscape irrigation. Native vegetation and adaptive planting result in decreased irrigation demands. Inside the building, the design team selected highly efficient plumbing fixtures including waterless urinals and low-flow faucets and showerheads. The combination of water-saving strategies reduces water demand by 40 percent from baseline standards.
KAUST was certified as the largest LEED Platinum project in the world. The university is initiating the Saudi Arabian chapter of the World Green Building Council, using the knowledge gained from the design and construction of its own campus to develop regionally specific, environmentally progressive strategies for the Middle East.