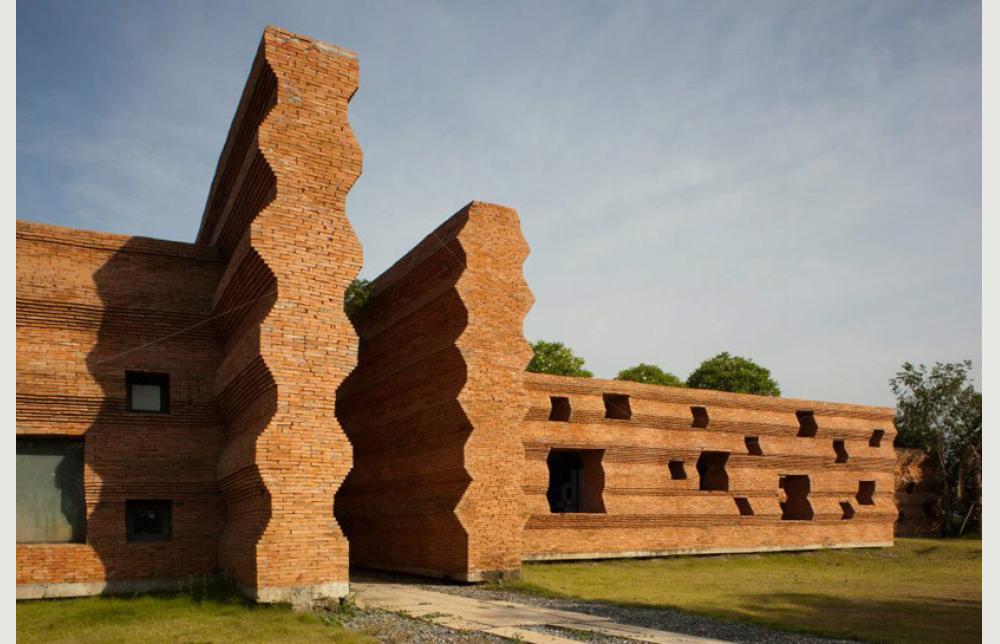 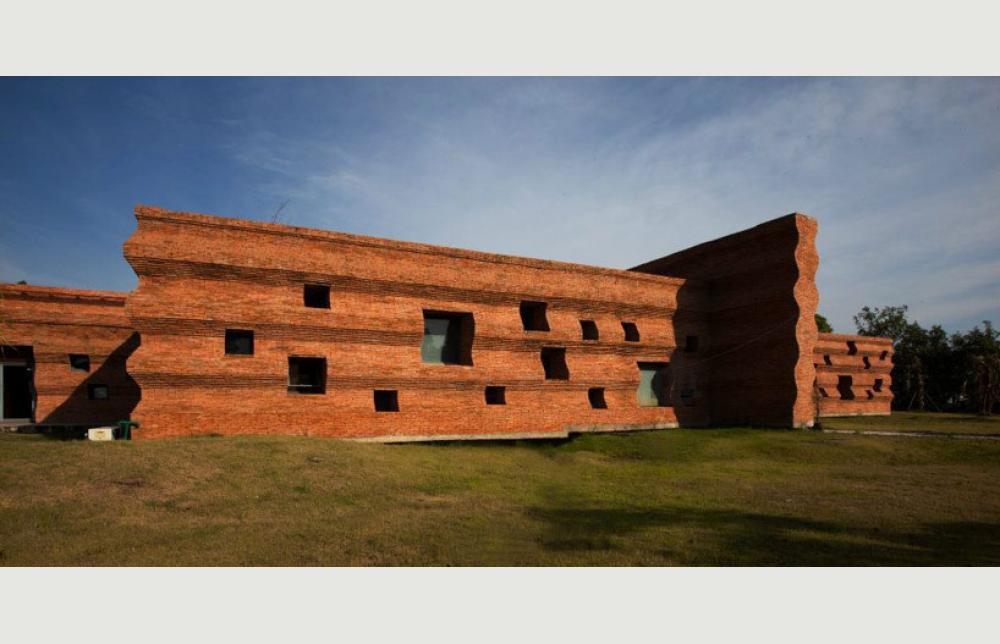 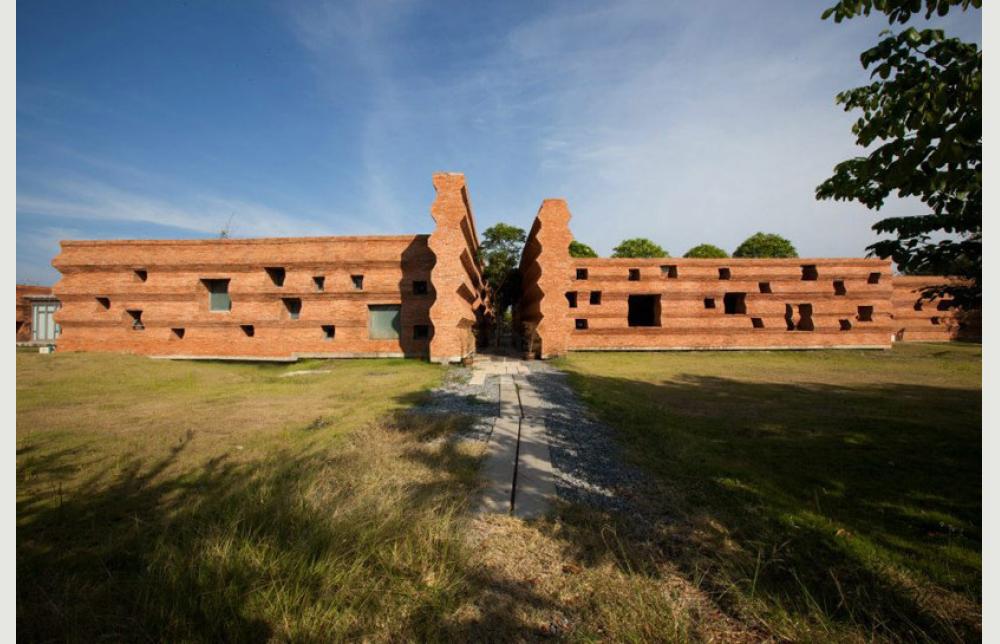 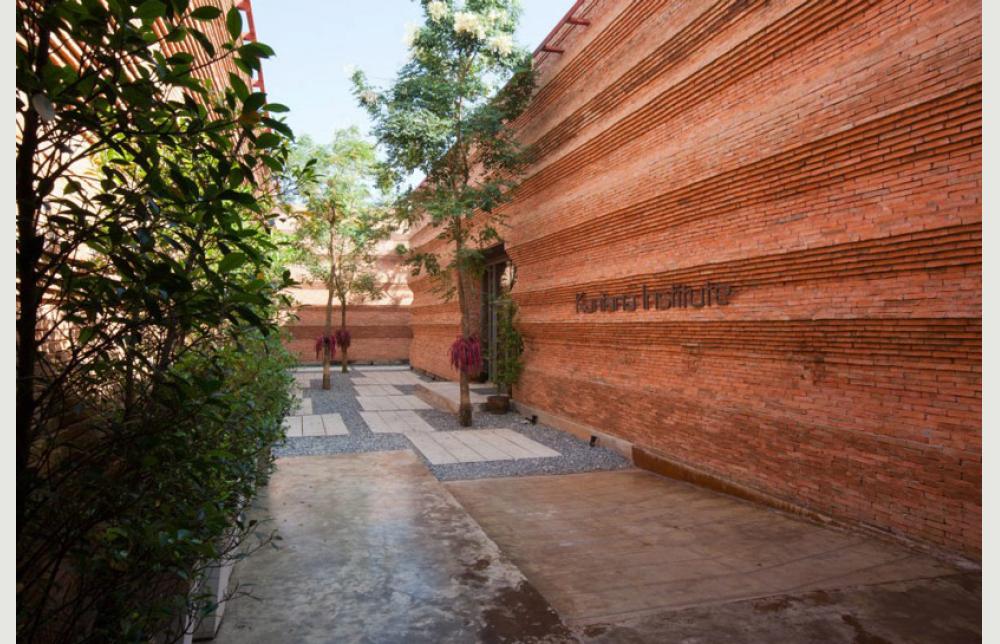 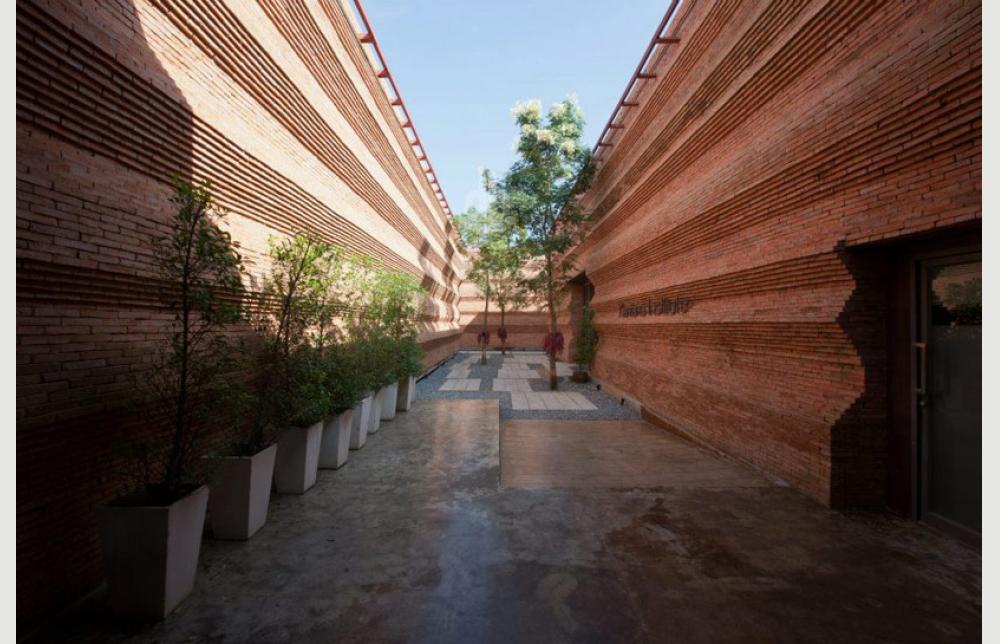 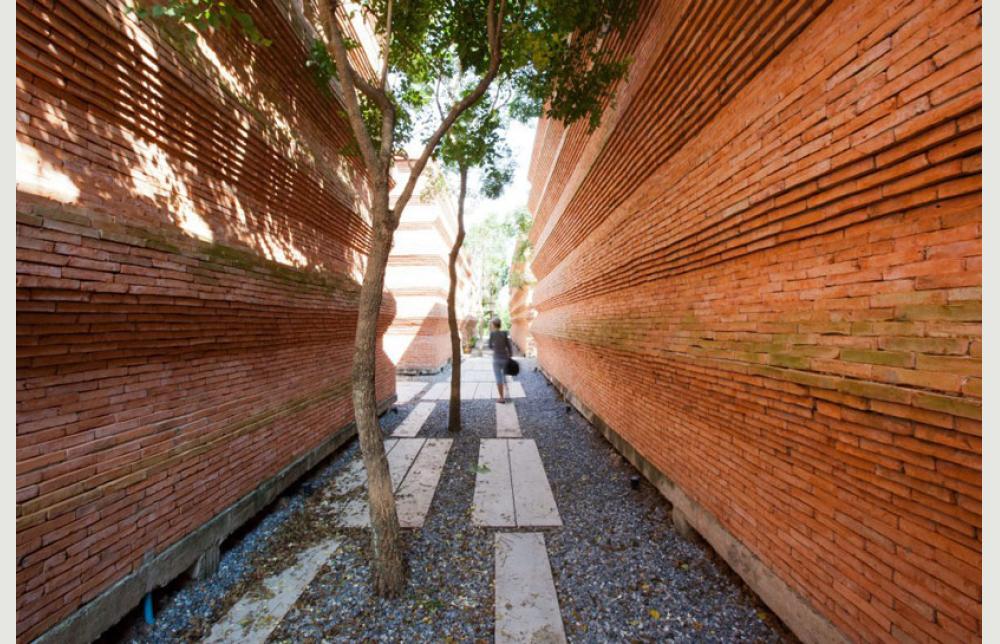 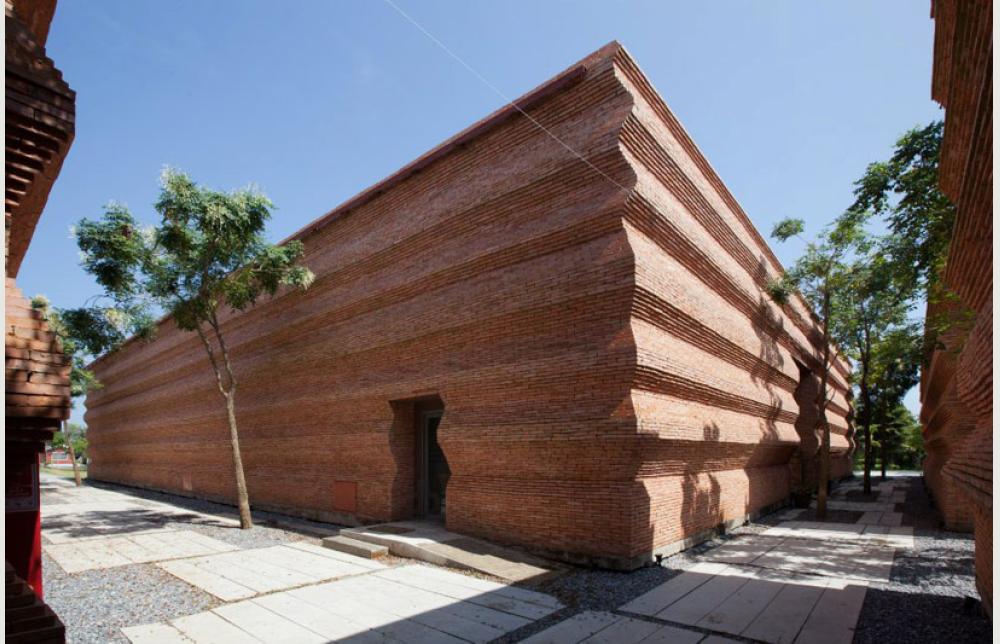 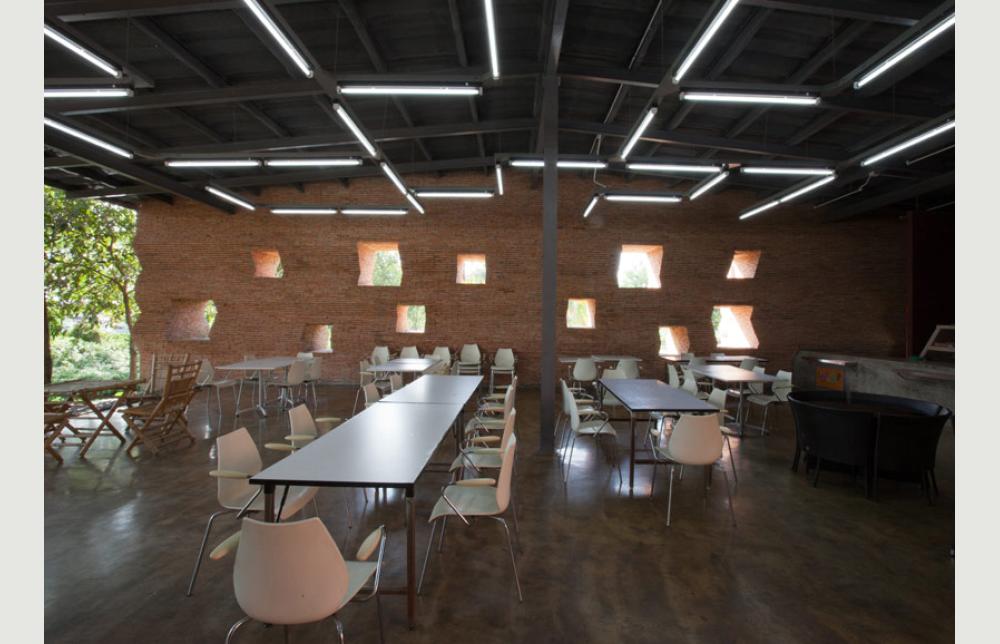 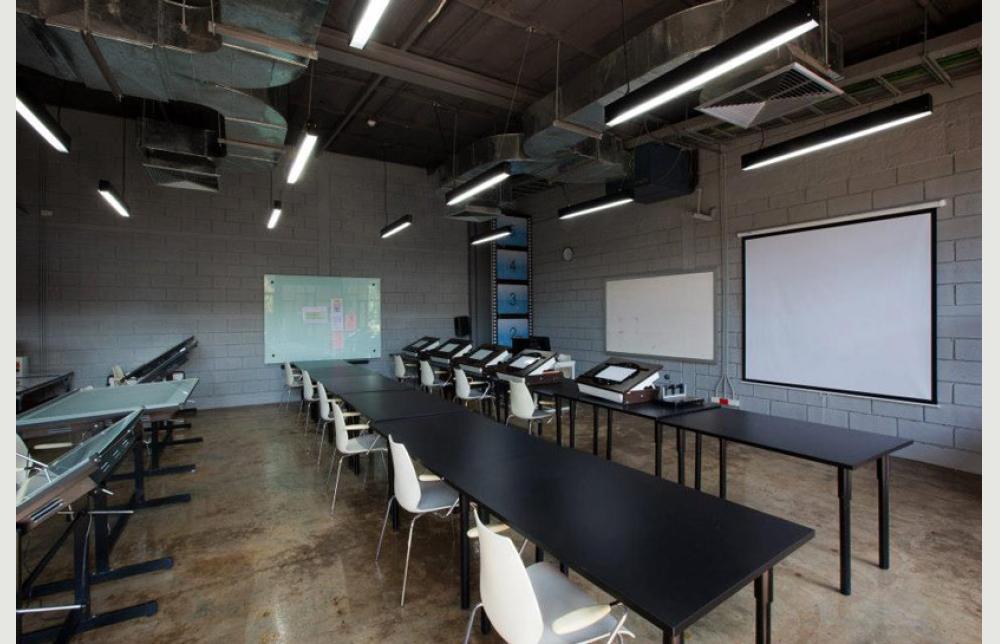 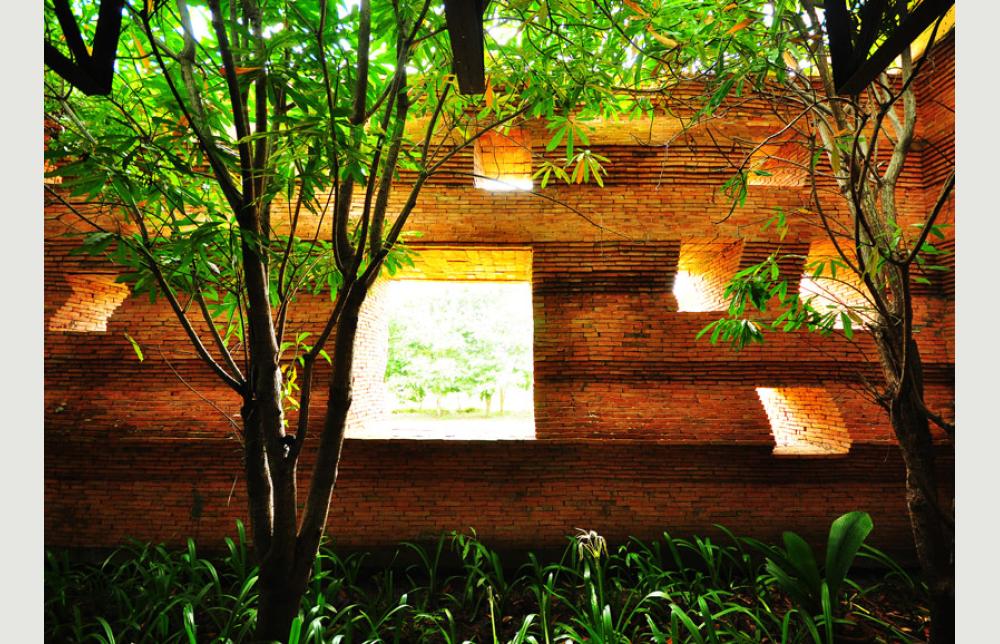 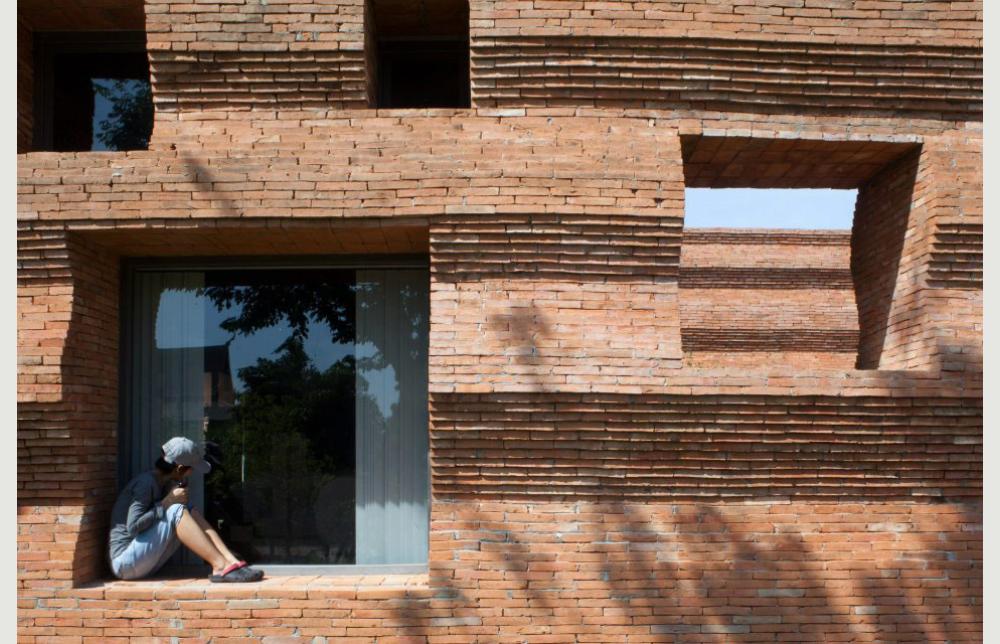 Students at Thailand’s Kantana Film and Animation Institute will have an experiential understanding of the massive effort and care of a creative act. The home of the undergraduate college, itself a manifestation of the country’s largest film studio endeavoring to invest in local talent, was designed by Thai architect Boonserm Premthada and features eight-meter-high handmade brick walls. The architect states that the total sensory experience is universal, and therefore the built form, particularly when the program calls for creative reflection, should engender such a phenomena; as such over half a million handmade bricks were made locally and imbue the space with a distinctly human scale and touch. The staggeringly thick masonry is punctuated by orthogonal apertures at irregular intervals that serve both to help ventilate the spaces and provide quiet enclaves for sitting and relaxing. While the building is supported by an inner steel structure, the gap between the inner and outer skin of the edifice guards against heat transfer and naturally cools the spaces. The school is organized into 5 different areas– administration, lecture rooms, a workshop, library and a canteen– all connected by a network of axial hallways, delineated by the undulating vertical planes of brick. While the rural site was challenging, the interior forest of graystone and concrete paths extend the learning spaces and blurs the borders between built and natural space. The compositions of mass and void is intended to inform the student’s thinking and help stimulate the kind of visual story-making required in the creation of a film. This is an architecture literally formed by the human body and made all the more rich by the deeply human stories that will grow within its walls.