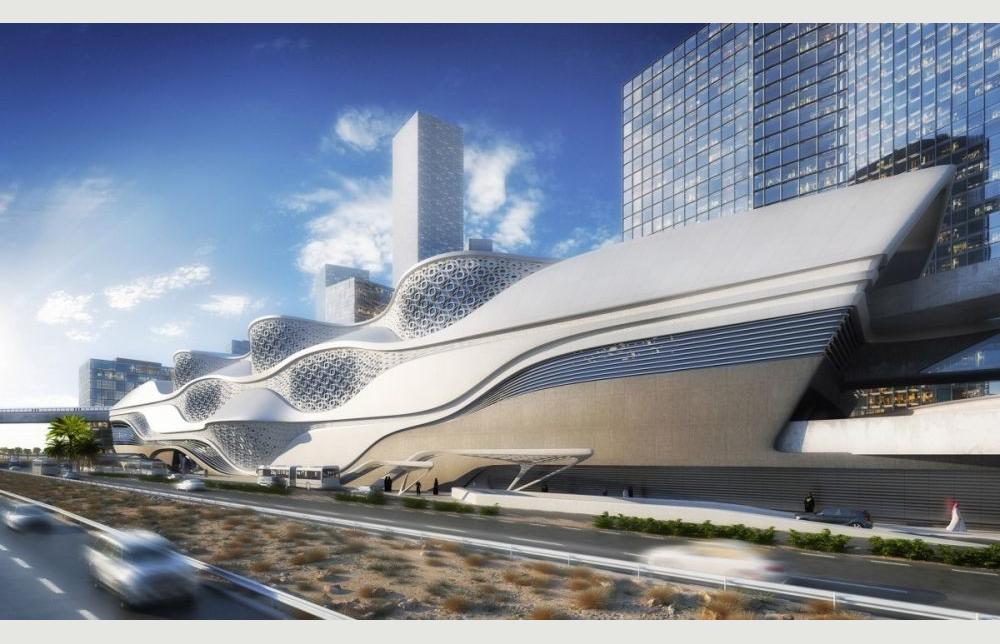 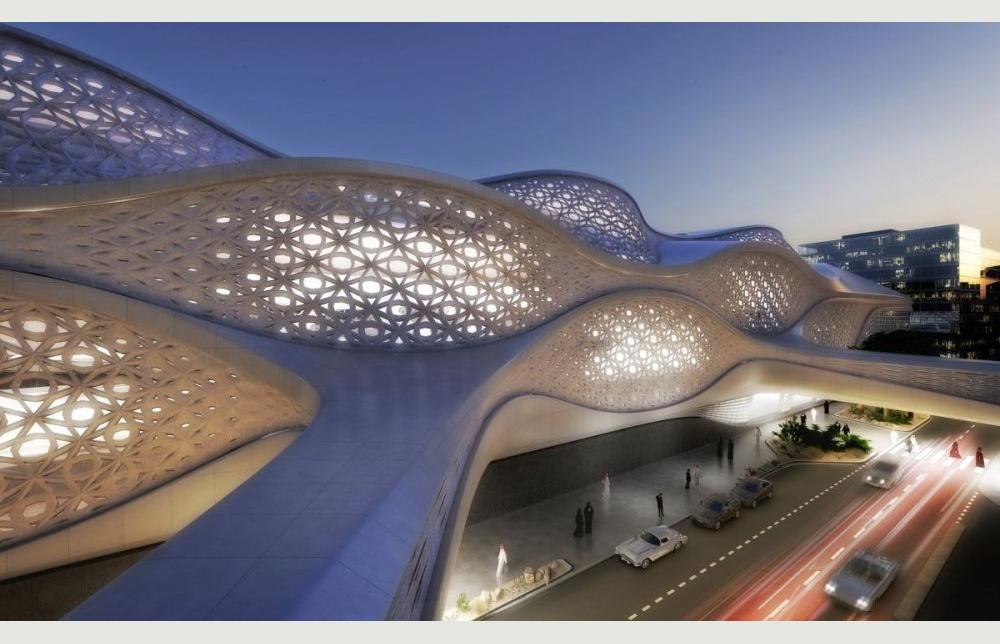 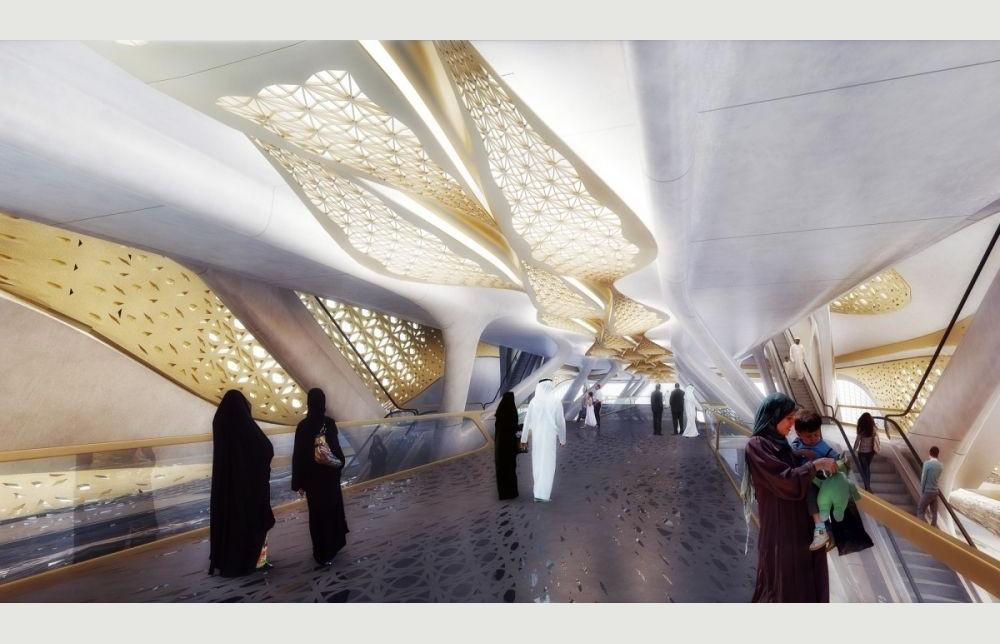 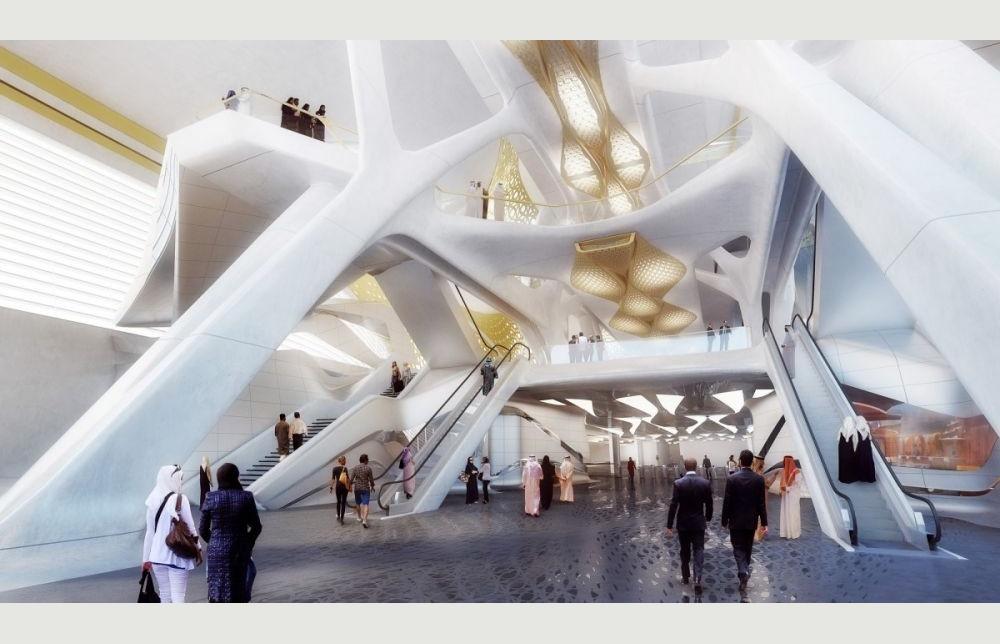 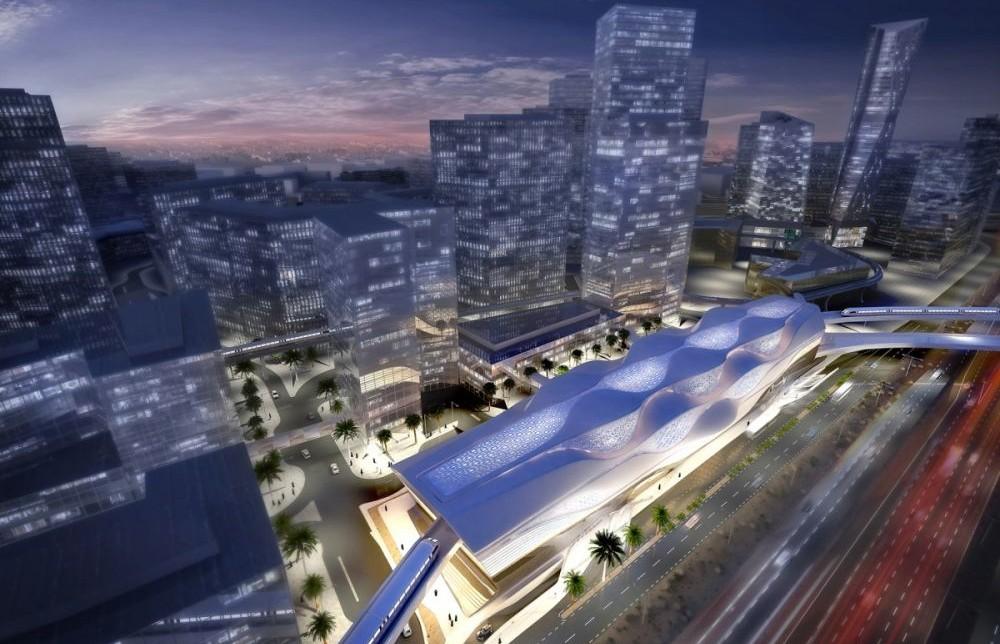 The King Abdullah Financial District (KAFD) Metro Station will serve as a key interchange on the new Riyadh Metro network for Line 1, as well as the terminus of Line 4 (for passengers to the airport) and Line 6. The local monorail can also be accessed from the station via a skybridge. With six platforms over four public floors and two levels of underground car parking, the KAFD Metro Station will be integrated within the urban context of the financial district, responding to the functional requirements of a multimodal transport centre and the district’s future vision. The project extends beyond the simple station typology to emphasize the building’s importance as a dynamic, multi-functional public space; not only an intermediate place perceived through quick transitions, but also a dramatic public space for the city.

The design places the station at the centre of a network of pathways, skybridges and metro lines envisaged by the KAFD master plan. Connectivity diagrams and traffic across the site have been mapped and structured to clearly delineate the pedestrian routes within the building, optimize internal circulation and avoid congestion. The resulting configuration is a three-dimensional lattice defined by a sequence of opposing sine-waves (generated from the repetition and frequency variation of station’s daily traffic flows) which act as the spine for the building’s circulation. These sine-waves are extended to the station’s envelope and strictly affiliated to its internal layout, translating the architectural concept to the exterior.

The King Abdullah Financial District Metro Station applies a discrete subset of elements which are correlated through repetition, symmetry and scaling; optimizing the design while simplify technical challenges without compromising spatial quality or design ambition.